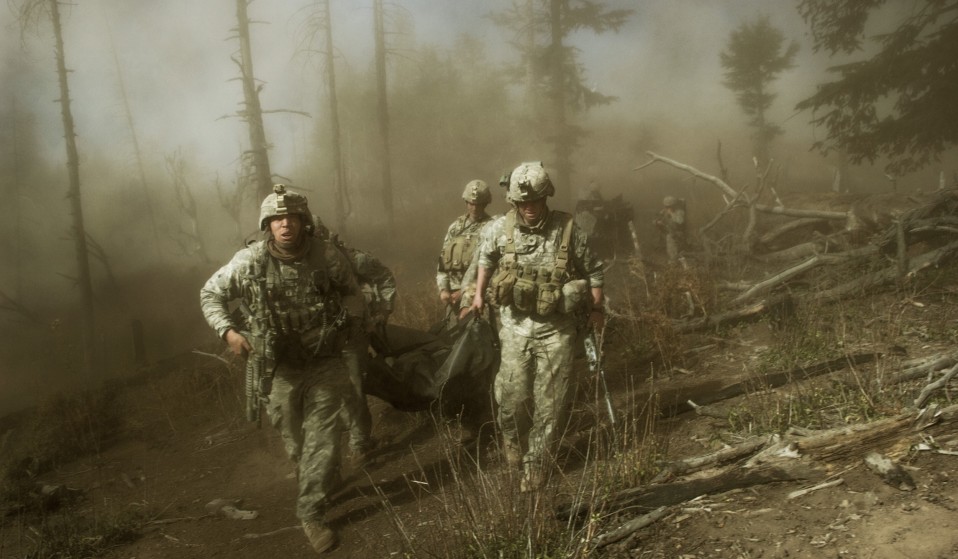 Photojournalist Lynsey Addario has witnessed death and been kidnapped more than once, but has never found a reason to put her camera down.

Photojournalist Lynsey Addario has witnessed death and been kidnapped more than once, but has never found a reason to put her camera down. Now Steven Spielberg is making a film about her life.

Everyone has their own reasons for covering war. There are people who do this job because they like to live on the edge or because they’re running away from something. My reasons are more politically or sociologically driven.

I remember walking into a Sebastião Salgado exhibition, seeing these wall-sized photos and being completely overcome with emotion. I had just started photography and was shocked that an image could have such an effect on me. Realising the power of a photograph to tell stories was life-altering. I thought, ‘This is something I want to do as a means of communication.’

It wasn’t until a few years ago, when I sat down to write a book and used my photos as a reference, that I began looking at my body of work collectively. The main topics I’ve covered repeatedly are women’s issues, refugees and civilians in war. For me, those subject matters are my voice – they’re powerful enough that I don’t need to insert myself. 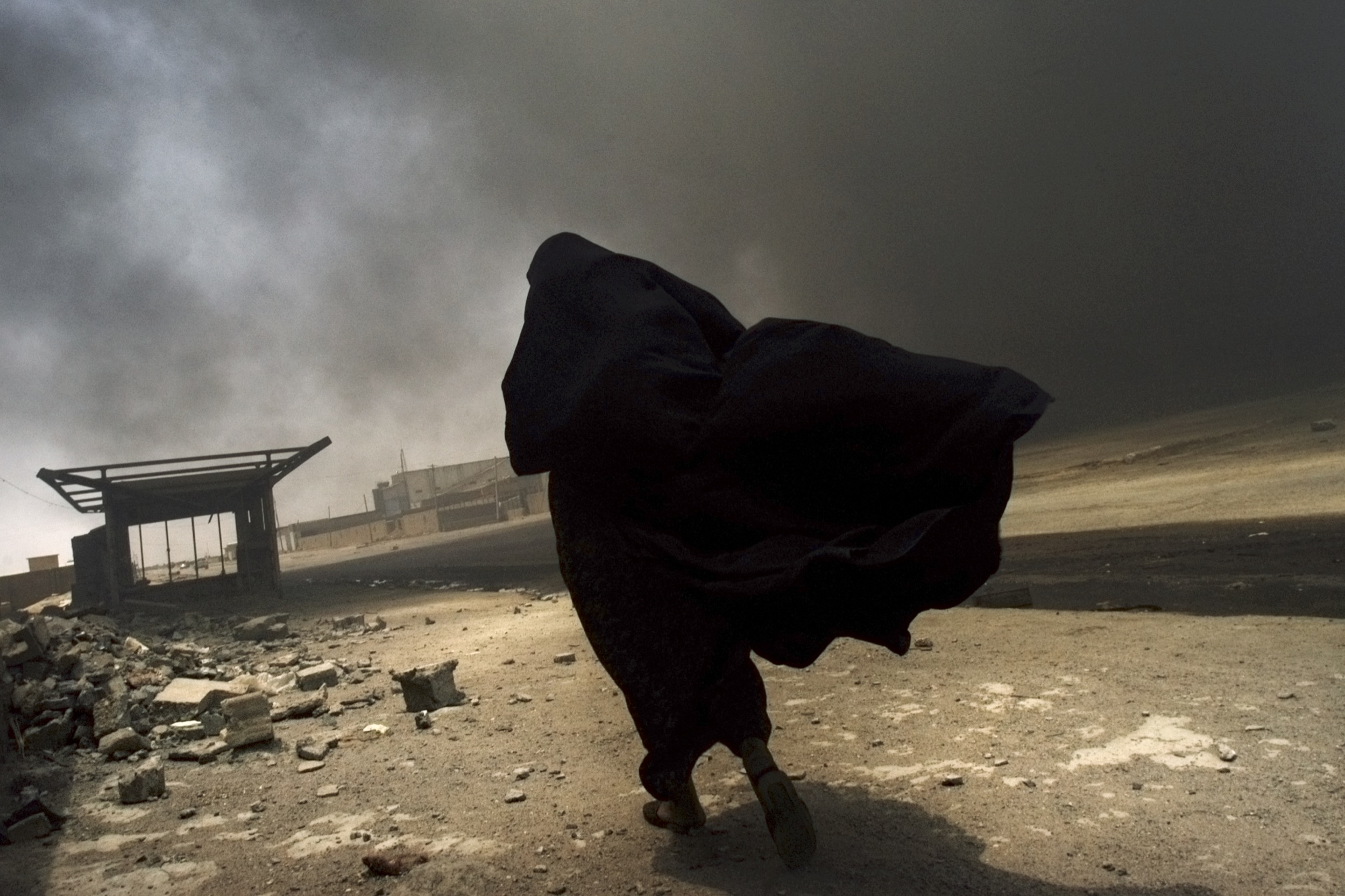 An Iraqi woman searches for her husband at the site of a liquid-gas factory fire, allegedly set by looters in Basra, May 2003.

I never want to be in a situation where I’m covering something out of habit. I have to feel passionately about whatever I’m doing in order to do justice to the people I cover. And you better have a reason for doing this work, because it’s not easy.

Yes, it’s adventurous and fun but most people, unless it’s another photojournalist, can’t conceive of why I would live my life like this. For years, I didn’t have an answer apart from, ‘It’s what I believe in.’ There are so many people who go through life and never find a calling but anyone who is driven by something larger than themselves will understand. 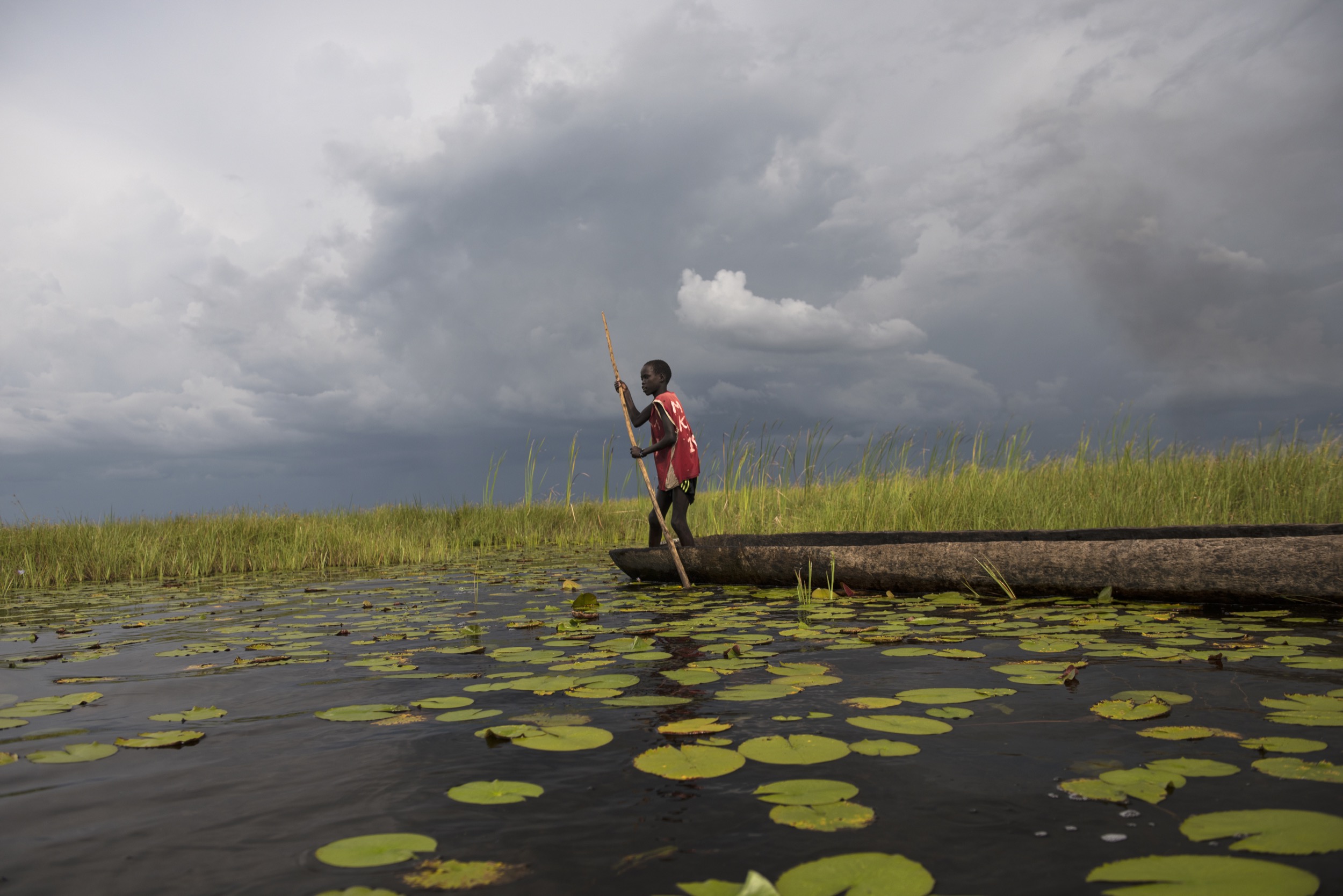 Nine-year-old Chuol fishes for tilapia in a vast swamp in South Sudan after fighters swept into his village, September 2015.

Growing up, my family home was filled with people who were considered on the margins of society, like men who dressed as women. And in 1970s Connecticut, that was quite a big deal. I was always taught to respect people for who they are and I think that helps substantially in the work I do because I can feel comfortable around anyone. 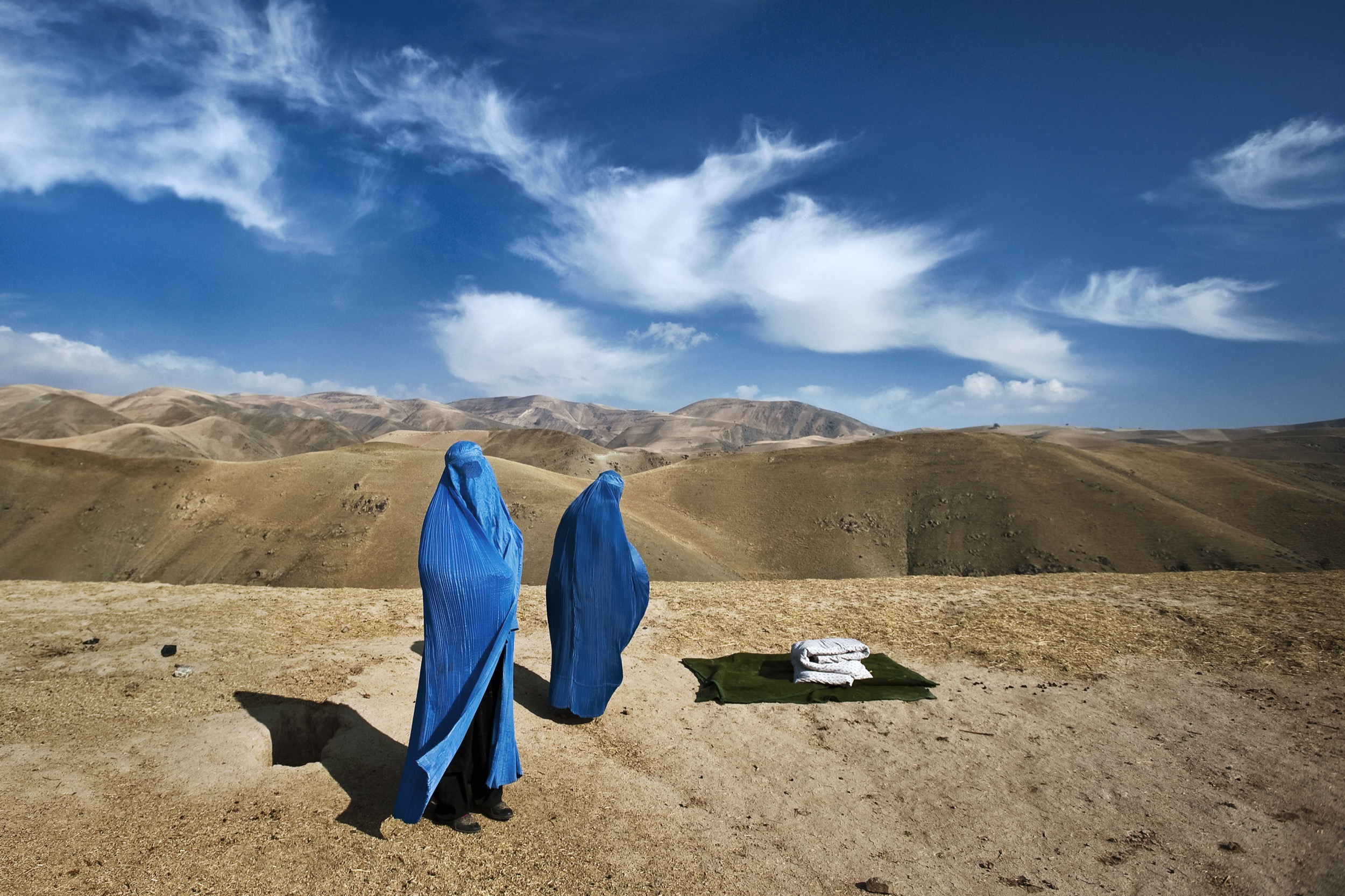 Noor Nisa, accompanied by her mother, prepares to give birth after their car broke down in Badakhshan Province, Afghanistan, November 2009.

I never studied photography but there is an inherent responsibility to learn about the countries and cultures that you cover. It’s not just about taking a pretty picture. You have to know that if you photograph a woman in Afghanistan without her family’s consent, you can get her killed.

I’m the first person to admit that this job, as selfless as it may be, is also incredibly selfish. What we put our loved ones through is horrific. My husband, mother, father and sisters have to wonder if I’m going to come home. When I’m in survival mode somewhere, I’m trying to get through each moment by staying alive. I’m not seeing how what happens to me affects friends and family.

But when photojournalists Tim Hetherington and Chris Hondros were killed in Libya, it felt like my world came crashing down. I realised that so much of this job comes down to luck. We [a group of four New York Times journalists] should’ve been killed in Libya. We stayed too long and made decisions that led to our kidnapping and ultimately the death of our driver. But I talk about these things openly because I think that asking questions and thinking back over what happened is important. 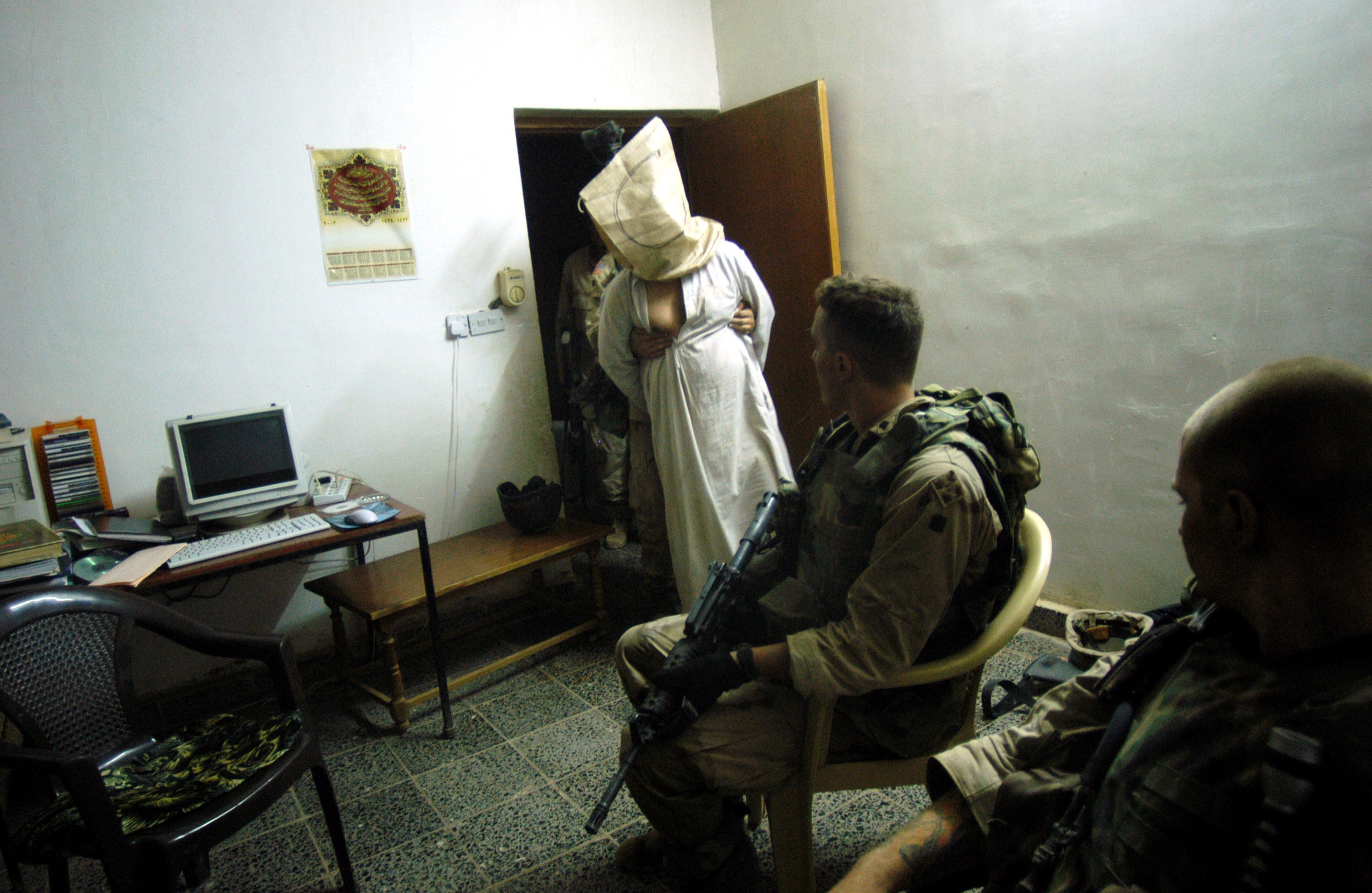 As much as I try to be tough and hold myself together, the longer I do this, the more emotional I am. I’ve seen so many people die over the years. It doesn’t get easier but I just learn to manage.

In the case of Staff Sgt. Larry Rougle, who was killed in Afghanistan by the Taliban in 2007, I had come to know him over several months and, in the moment of his death, the futility of war was so apparent to me. It seemed like such a waste of life. My answer to that is just to let myself cry and keep shooting. I have to stay focused. This is what I need to be doing with my life.

I believe people need to have perspective. I wasn’t aware of the inequality that exists around the world until I started travelling and seeing injustices first-hand. So many are born into situations of hardship that I think it’s our responsibility to understand or at least be aware of what’s happening and, if possible, to do something about it.

It’s What I Do: A Photographer’s Life of Love and War is published by Corsair.

Linkedin
RELATED ARTICLES
OTHER ARTICLES
Ahead of the release of their first collaborative album, the producer and rapper talk psychedelics and the state of UK hip hop.
With skyrocketing rents, packed out viewings, bidding wars and more, renting in London has never been harder.
Birdy Chu reflects on documenting the historic moment in which the territory was formally passed back from the UK to China.
Thousands attended the annual event this year to wheelie through the city and call for ‘knives down, bikes up’.
A group of young Palestinians have found temporary freedom in the act of parkour, reimagining wreckage and ruins as a series of high-octane playgrounds.
By turning a real-life crisis into daytime television fodder, TV bosses have once again shown themselves to be completely out of touch with audiences.