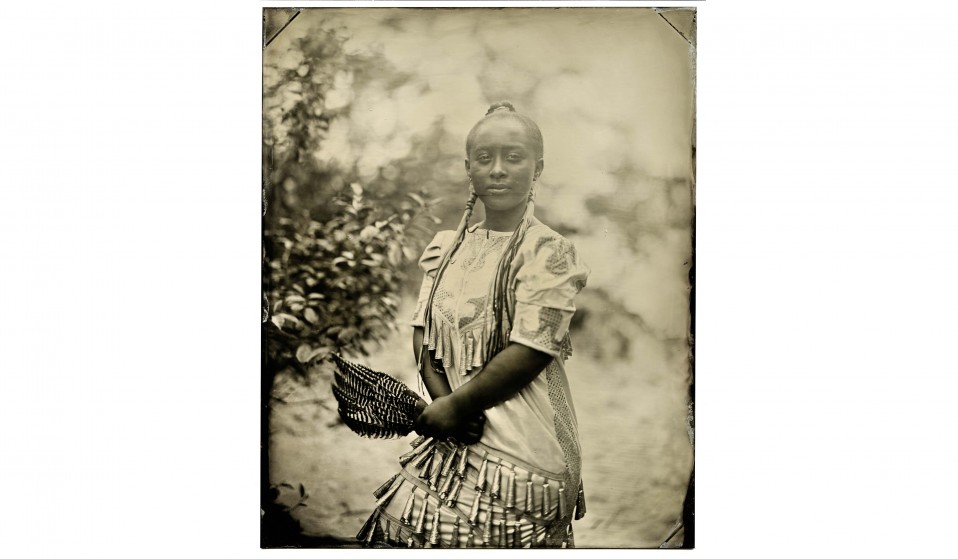 A few years ago, I was driving on the south shore of Long Island, better known as The Hamptons, when a programme came on NPR about The Miss Shinnecock Teen Pageant, a cultural pageant hosted by the Shinnecock Indian Nation. The programme featured a scene in which some of the girls were dancing and the sound of their dresses jingling was captivating. I had known there was a self-governing Indian Nation tribe on Long Island, but now I had a mental image of them that was much more vivid.

I did some research and eventually made contact with a woman who agreed to be my liaison. Even then, I wasn’t sure what I was looking for. I had seen the work of Edward Curtis – an ethnologist who photographed the American West – and I think what he did to preserve a record of native culture during the 1890s was incredible. For me, playing with the idea of timelessness is intriguing, so I was hoping to capture the intermingling of older and newer ways of life and, moreover, do so with a method of photography that is one hundred per cent hand-made. Wet plate collodion is a finicky, labour-intensive process that dates back to the 1850s, but it seemed right. 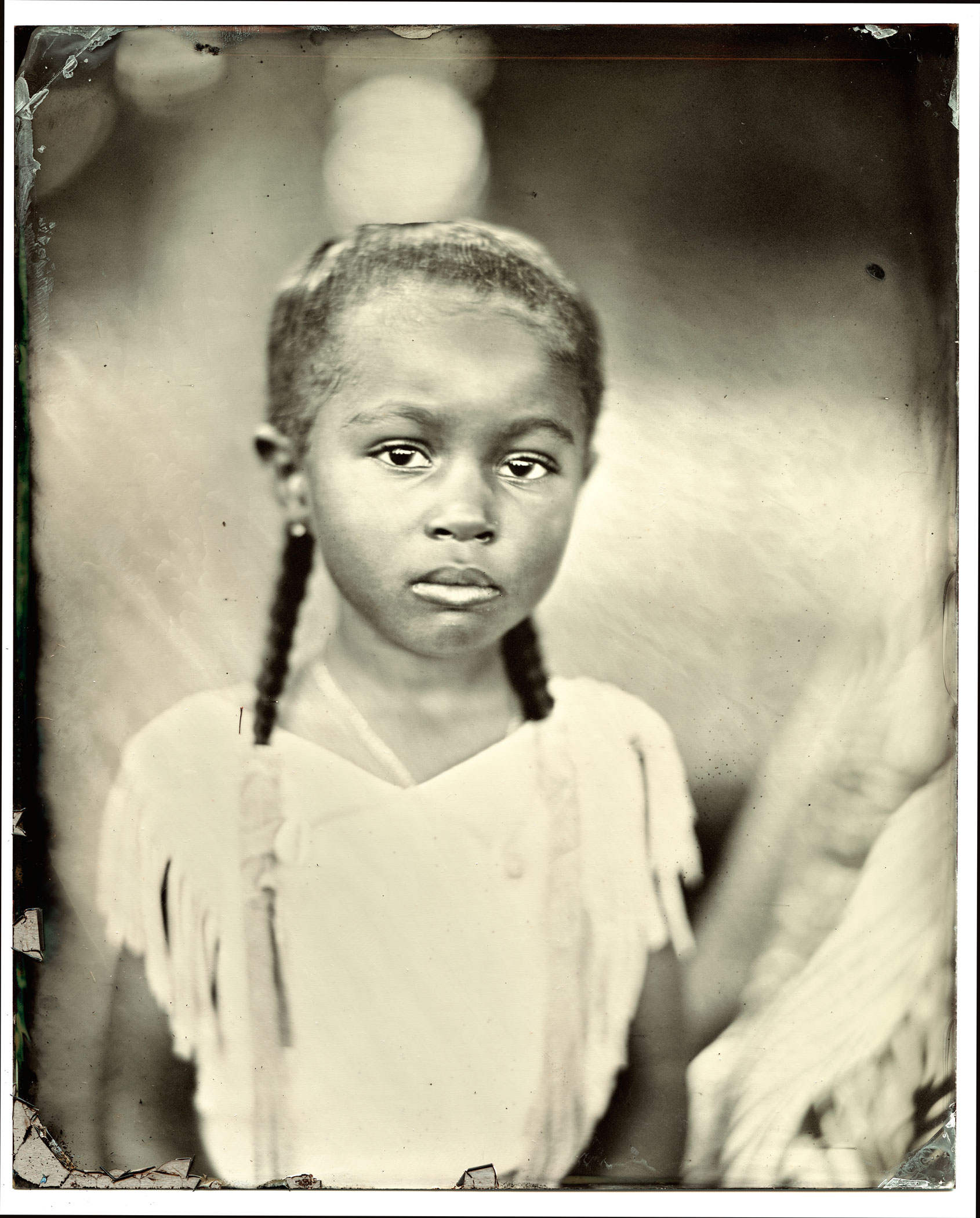 The job of human interaction on any project is integral to its success and in this instance was probably more difficult than the actual photographic process. Photographers have long been conscious of how they present the cultural ‘Other’. On this project, I often felt like ‘The Other’ and was always keenly aware of my status as an outsider. On one of my visits, a man came up to me and reminded me, “You’re not in New York State anymore.” This sense of cultural division made it difficult for me to interact with my subjects to the extent I had hoped. But when you’re working with wet collodion, the photographs are processed in the field, like the Polaroid of yesteryear, which helps my subjects feel involved as they can watch their image appear. 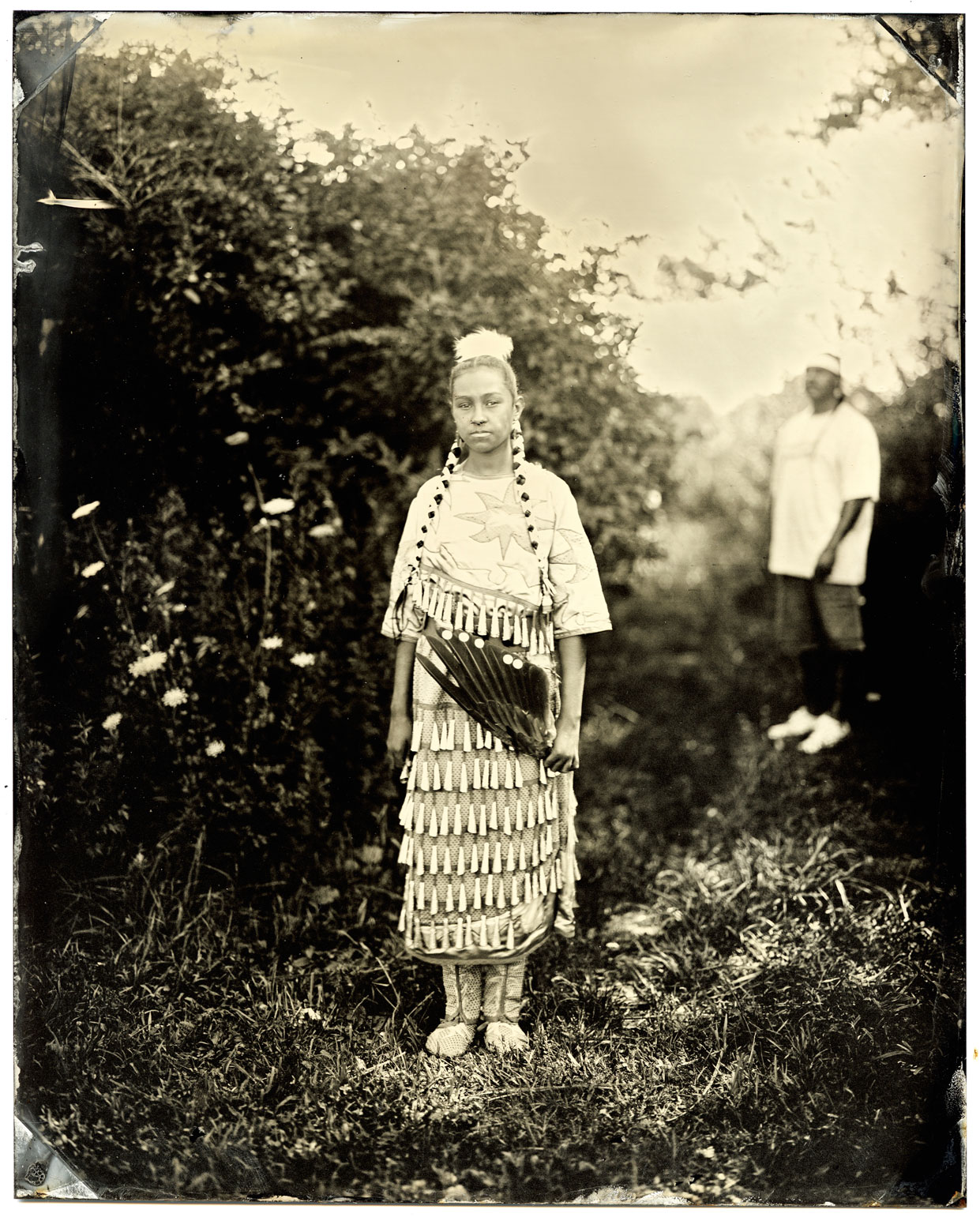 Regardless of all that, I felt like I got an insight into a group of people that I wouldn’t have known otherwise. For as much as they had assimilated into American culture, the girls I worked with were also very different to typical American teens. Despite being proud of this work, this project haunts me a bit because I felt like my subjects remained a little inscrutable to me. I wonder about the little things that I might have done to build a rapport and better evoke the relationship between the beauty of the land, the women and their regalia.

This article originally appeared in Huck 41: The Documentary Photography Special, from November 2013.

Linkedin
RELATED ARTICLES
OTHER ARTICLES
On the fifth anniversary of the tower fire, around 18,000 joined the walk to remember the 72 dead and to demand justice.
The author discusses the all-consuming nature of heartbreak, and turning the experience into an incisive exploration of love and loss.
Over a dozen Stop Deportation activists locked themselves to each other outside a detention centre to prevent coaches taking those due to be on the Rwanda deportation flight from leaving.
The curators of a new exhibition are hoping to shed light on Plymouth’s vibrant but often overlooked nightlife.
Proposals to introduce a minimum GCSE threshold for student loans will disproportionately affect those from marginalised backgrounds.
Over the years, a swimming hole in a city park has evolved into a magnetic meeting place for Philadelphians – a hideaway where people can connect with the natural landscape, and each other.