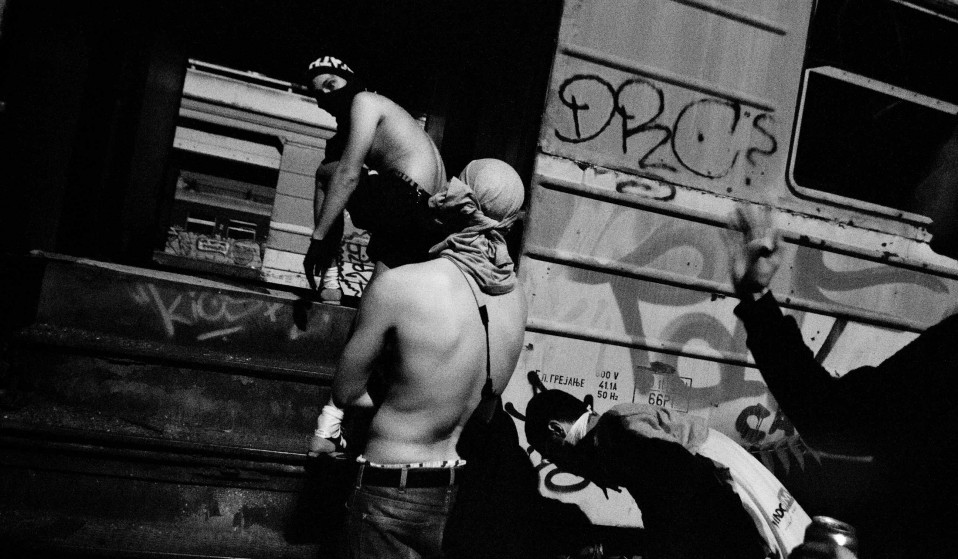 Italian photographer Valerio Polici came of age throwing his name up on the streets. Graffiti, he reflects, was an illegal thrill that kept him hooked.

Italian photographer Valerio Polici came of age throwing his name up on the streets. Graffiti, he reflects, was an illegal thrill that kept him hooked.

You can never feel safe when you’re bombing the streets, says photographer Valerio Polici. And, having grown up as a graffiti writer in Rome, Polici should know. You’re always looking over your shoulder, he says, even during the day when you’re not tagging. Graffiti and the lifestyle that comes with it – being on the run from authorities, living on your nerve, and forging lasting bonds with other writers – becomes all consuming, he adds, and it is the lure of danger, the illegality of it all, that pulls people in and keeps them coming back for more. 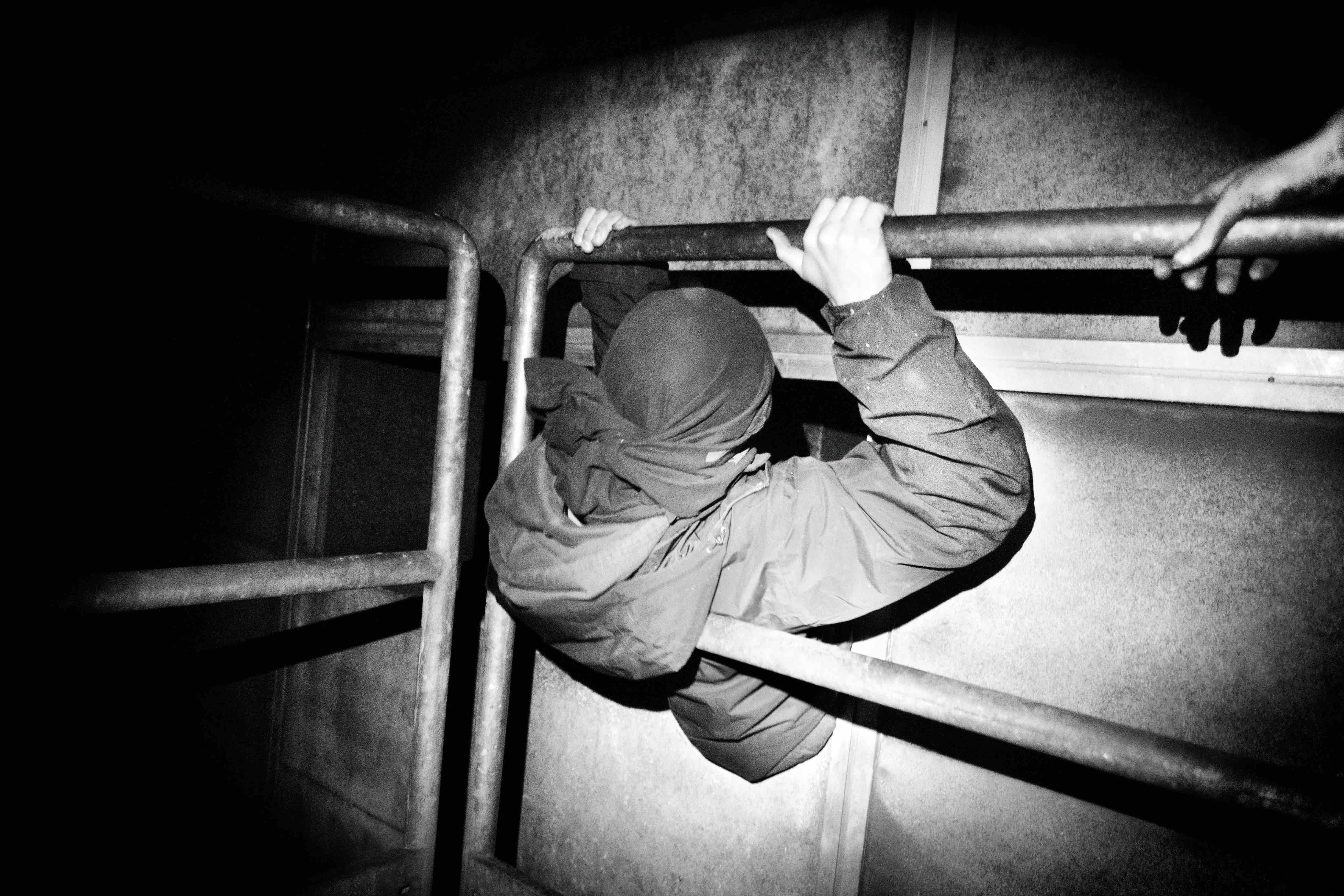 Polici, who was born on the outskirts of Rome, started doing graffiti at the age of thirteen. He and his cousin, who lived in the same apartment building in an “ugly suburban neighbourhood,” would sneak out together on Sunday afternoons to tag locally. Before long, Polici was introduced to a crew who taught him about the far larger network of writers beyond the suburbs of Rome. For almost ten years Polici travelled across Europe – either alone or with other writers – to cities including Athens, Milan, London and Lisbon, where he is currently based, sleeping by day and tagging at night. About three years ago, Polici picked up a camera – a small analogue model – and began recording what he saw and experienced. While graffiti had long been a way to forge his own identity, photography was now Polici’s way of understanding the world around him – and ultimately himself. In a way, graffiti was for Polici a portal into photography, an intense and formative period  of his life that will always stay with him. 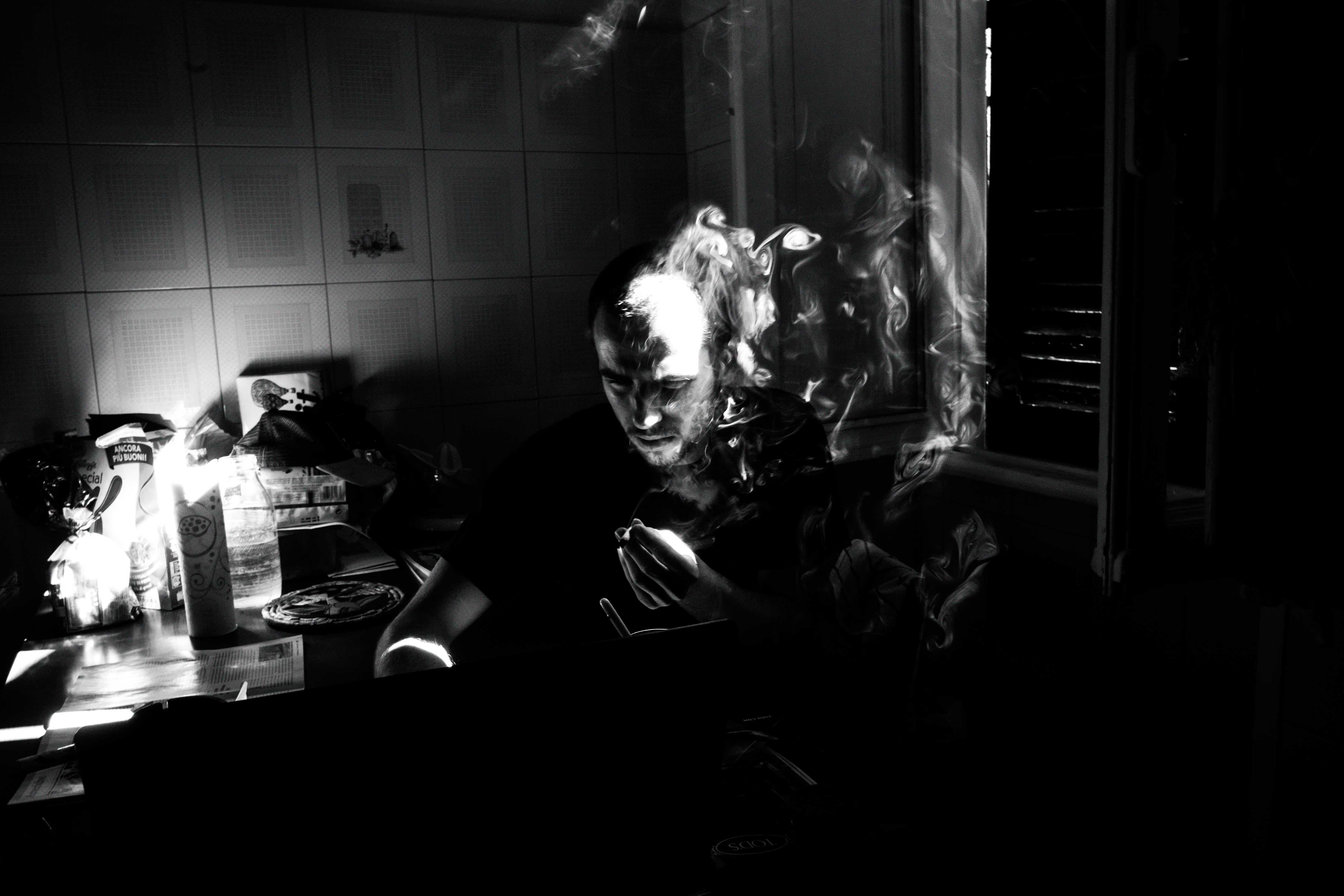 Now, as he puts the finishing touches to Ergo Sum – a book of photographs and anecdotes from his subterranean former life – Polici has time to reflect. He feels lucky, he says, to have found another outlet, a new sense of identity, but looks back fondly on the experiences that shaped his lens on life. Coming of age in the world of graffiti has been a journey of self-discovery, he adds – an adventure too good to pass up. 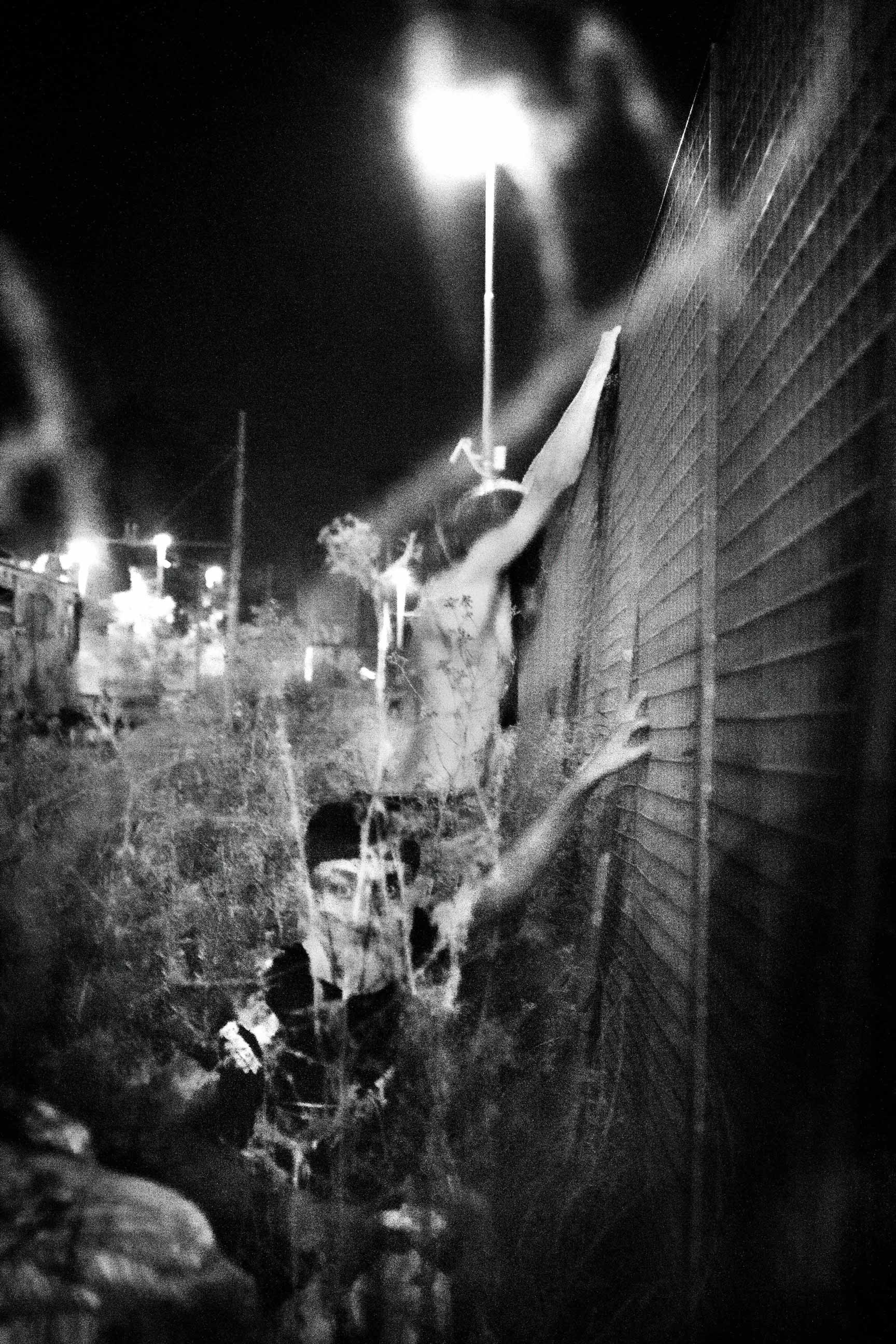 What drives people to do graffiti? What drove you?
Graffiti to me as a thirteen-year-old seemed fantastic because where I grew up there was nothing. When I saw these paintings I thought, ‘This is wonderful. I would love to do that.’ At the time I didn’t have proper knowledge of how illegal it is. For me, it was just about the colours and shapes. I grew up with video games and movies that make you believe you are special, and so graffiti became my adventure, my video game. I was finally a character in a superhero action movie. Everybody has his or her own reasons but this sense of, ‘Look, this is me’ is true of most graffiti writers. It’s about the ego. This way of life offers an escape from reality. It’s an underground, parallel world in which you can build your own identity and have a second life. You can go beyond your personal limitations and feel special. In a way you’re like a modern knight errant, always searching for adventures. You can inter-rail across Europe for 100 Euros, sleep on the street – it’s an adventure and there is an incredible feeling of freedom. It fuels a kind of, ‘I don’t care about anything, I’m a rebel’ type attitude, and when you’re twenty years old it’s exhilarating. You have this irrational fire inside you that moves you to do more and more; and you can’t stop. It’s really addictive. It’s your world, your adventure, and you won’t allow anybody to stop you doing it. 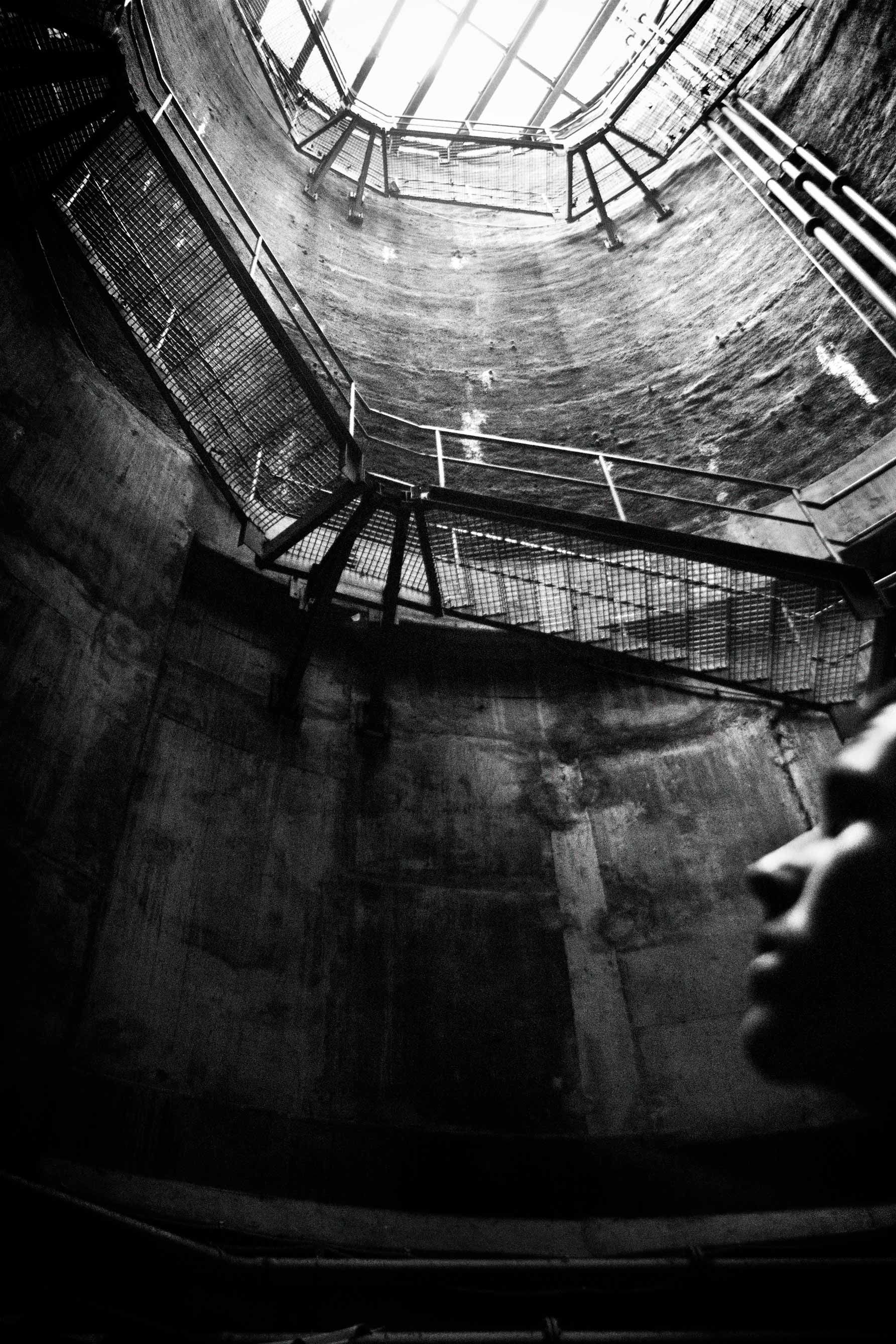 What made you pick up a camera and switch from tagging to documenting what was going on?
It wasn’t a conscious decision. I just wanted to document and I did it mostly for me. The photography part came to me more or less when I’d stopped graffiti writing. I thought, ‘People should see what lies behind underground cities.’ I wanted to detail everything about the experiences I was having. I didn’t know what photography was; I just started to shoot my friends in action. Little by little I worked out how to focus the lens, how to photograph in low light. I have a really chaotic brain and photography helps me to create order in my life. When I shoot, I feel relaxed and more connected. Photographing the graffiti movement was a double thrill – being in an illegal place and, secondly, taking photographs. I wasn’t completely aware of what I was searching for, but it was my dream, my adventure. 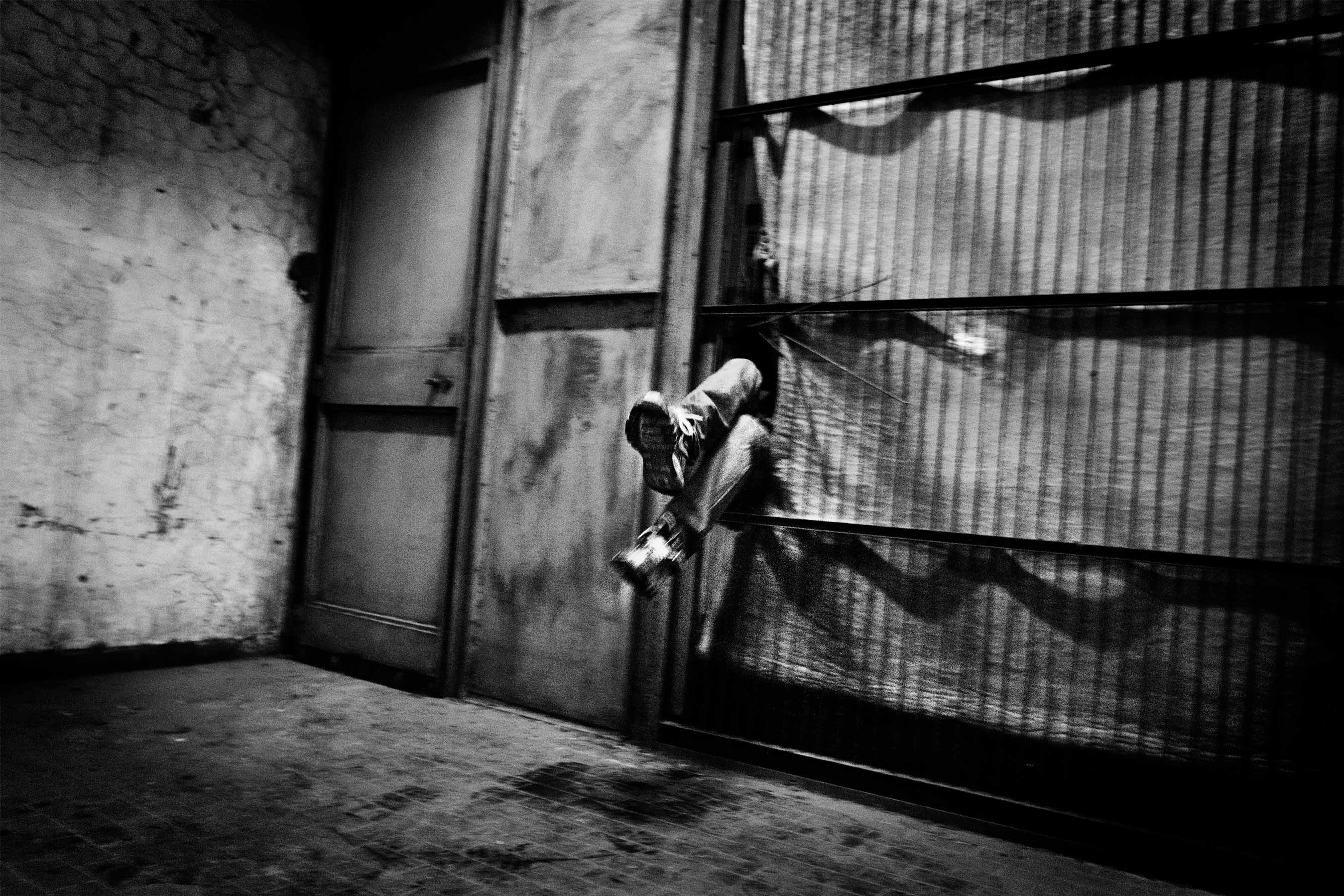 What were some of your scariest moments?
You can never feel safe, not even when you’re back in your car and going home. One of the biggest dangers [when painting on a subway] is the so-called ‘third rail’– if you touch this, you die [from an electric shock], or can be brain-damaged. We were painting in Milan one time and a guy fell down and grabbed onto me. I was falling down and was so close to the third rail – that was terrifying. Also in Italy they [the police] shoot at you. I was seventeen the first time the police shot at me. I was running away from them as fast as I could, and I could see bits of the ground flying up beneath my feet where the bullets hit. Luckily I didn’t get hurt, but that really shocked and scared me. 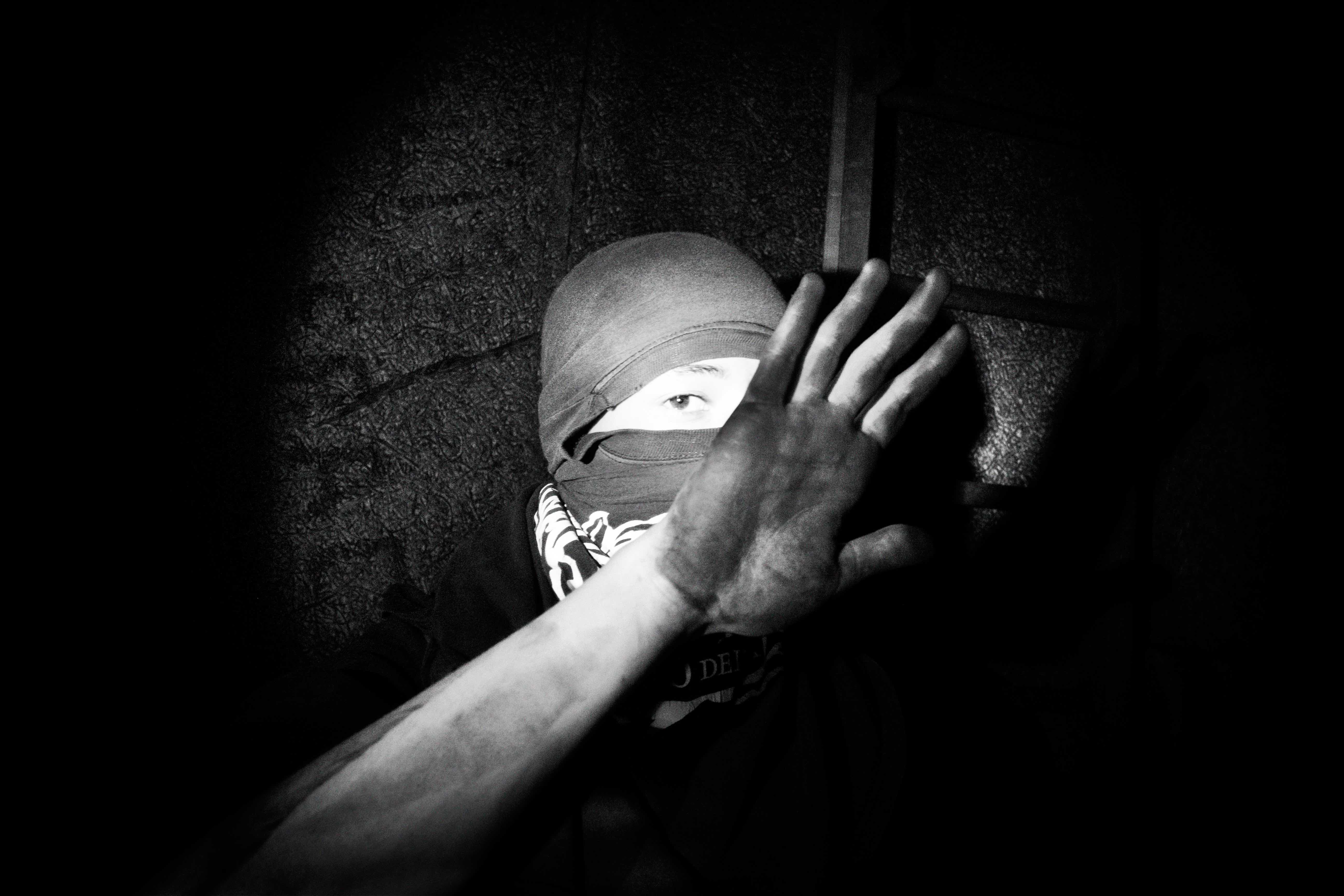 How does graffiti writing differ from city to city, and what are some of your favourite places and why?
Every city has its own rules and styles of painting, and you have to understand how it works in that particular city. Painting in Lisbon is much harder than in Rome, for example, because in Lisbon the authorities take graffiti writing really seriously. They invest a lot of money [in security]. The UK has some of the strictest laws against graffiti and when the authorities catch you, you really pay. Lisbon is one of my favourite places to graffiti as its underground architecture is really interesting, and I also enjoyed Athens because it is so rough, wild and dirty. And Rome of course, because there is lots of the subway that hasn’t been painted, and it reminds me of New York [and its graffiti subculture] in the ’70s. 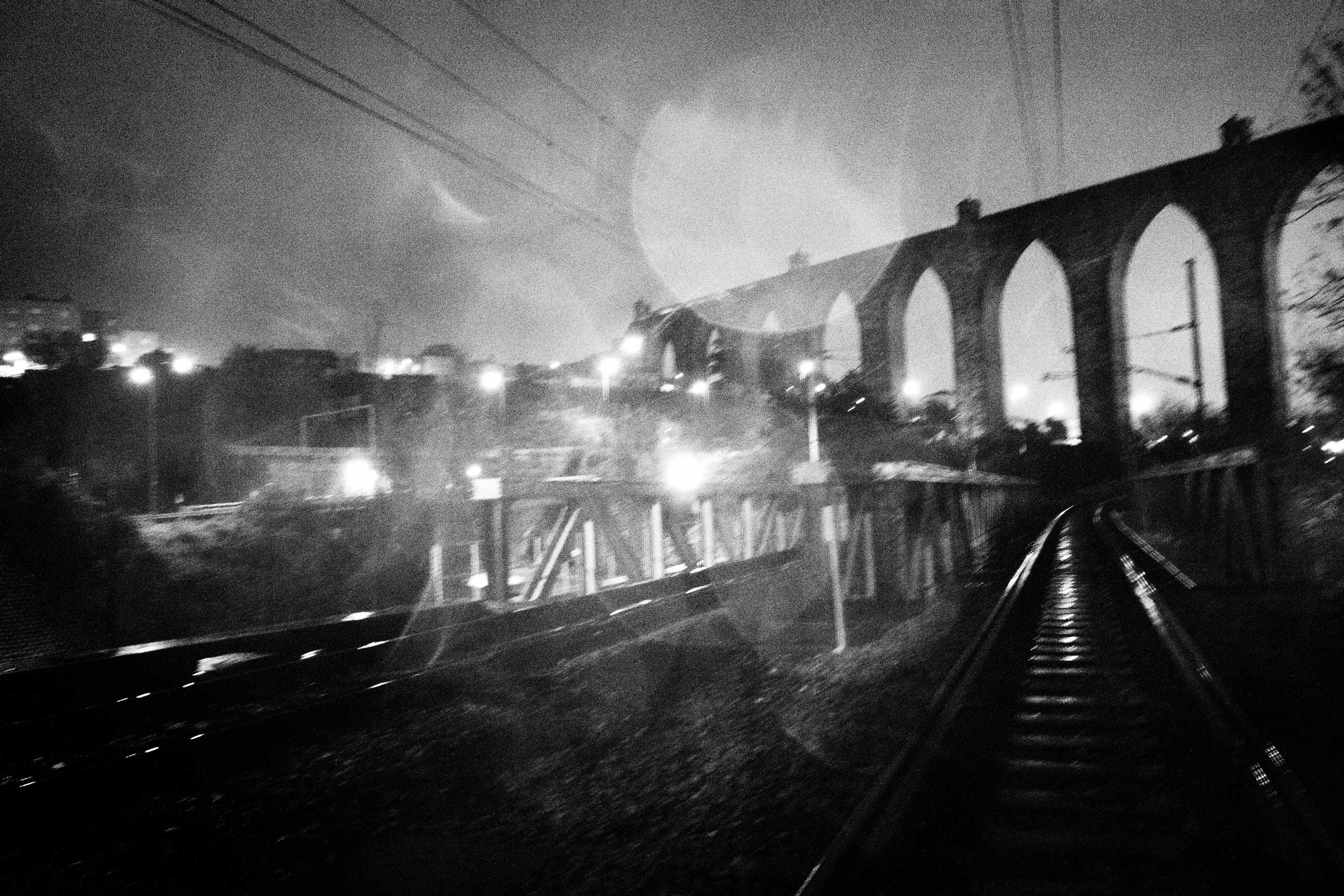 How and why did you eventually stop doing graffiti?
In a way, photography was the tool that allowed me to exit from this world. I had reached my limit. I’d invested so much energy into what I was doing – I was obsessed. I was thinking about graffiti all of the time – where I could go, what I could paint. You create this alter ego and this lifestyle starts to choke your real ego. Some people remain trapped in this world for their entire lives, but I realised I couldn’t build a real life like this. 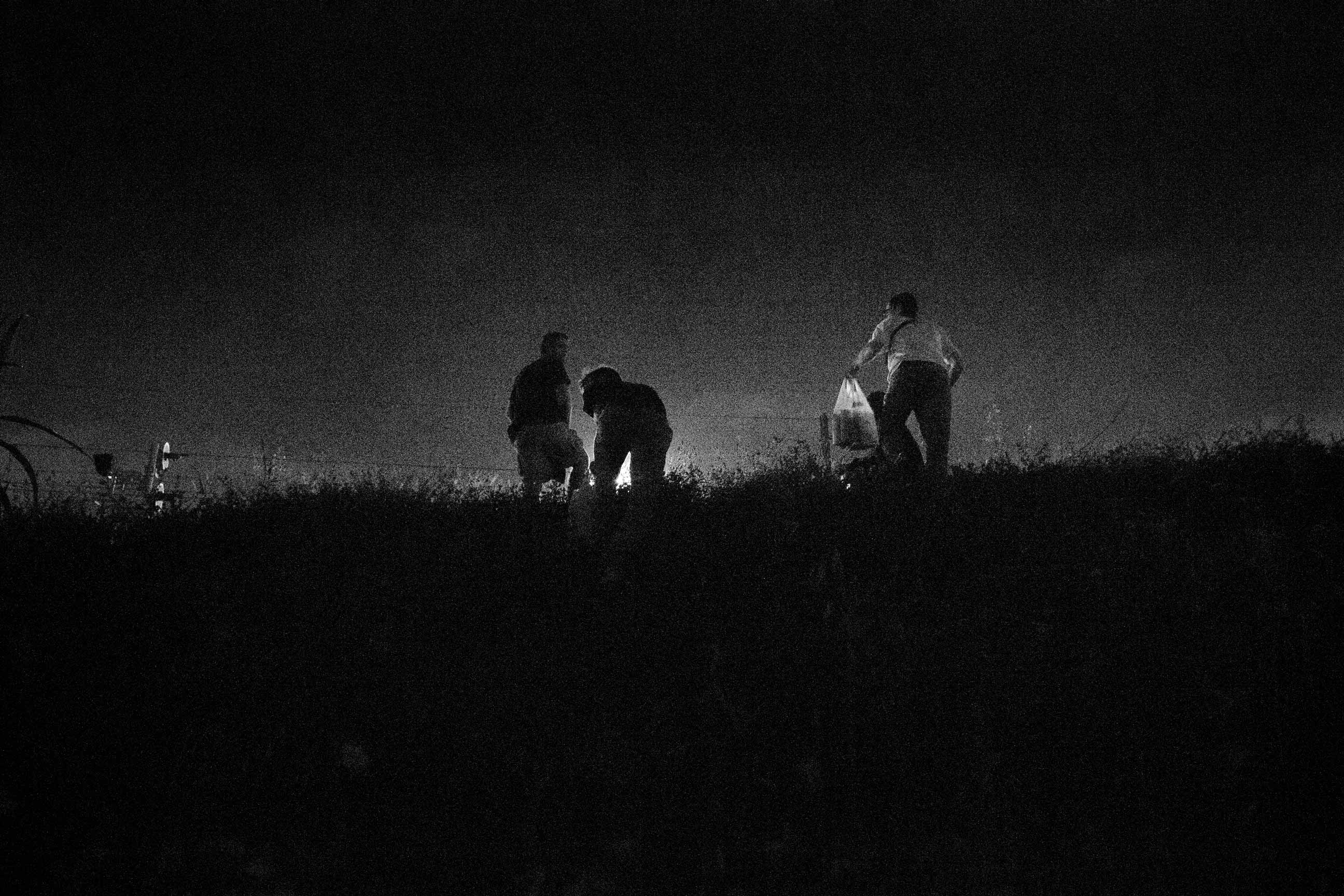 What have you taken away from your experiences, and how have they shaped you as a person?
Even now when I walk in a city and pass the fences that lead down to a train tunnel I take in the smells, and in seconds I remember all of the sensations and adventures I’ve had. It’s really hard for me to imagine my past without graffiti. It has been both my salvation and my damnation. During my early twenties my mother was very ill, and the adrenalin of doing graffiti helped me to forget about the shit in my life. I would love to be nineteen again but with the head I have now. I feel that I wasted a lot of time. Still, I am who I am because of who I was. I saw and lived in a lot of cities, and learnt to speak English. Doing graffiti helped me to understand that the only fight you have in your life is with yourself. If you want something, go and get it. The only barriers are those you create in your mind. 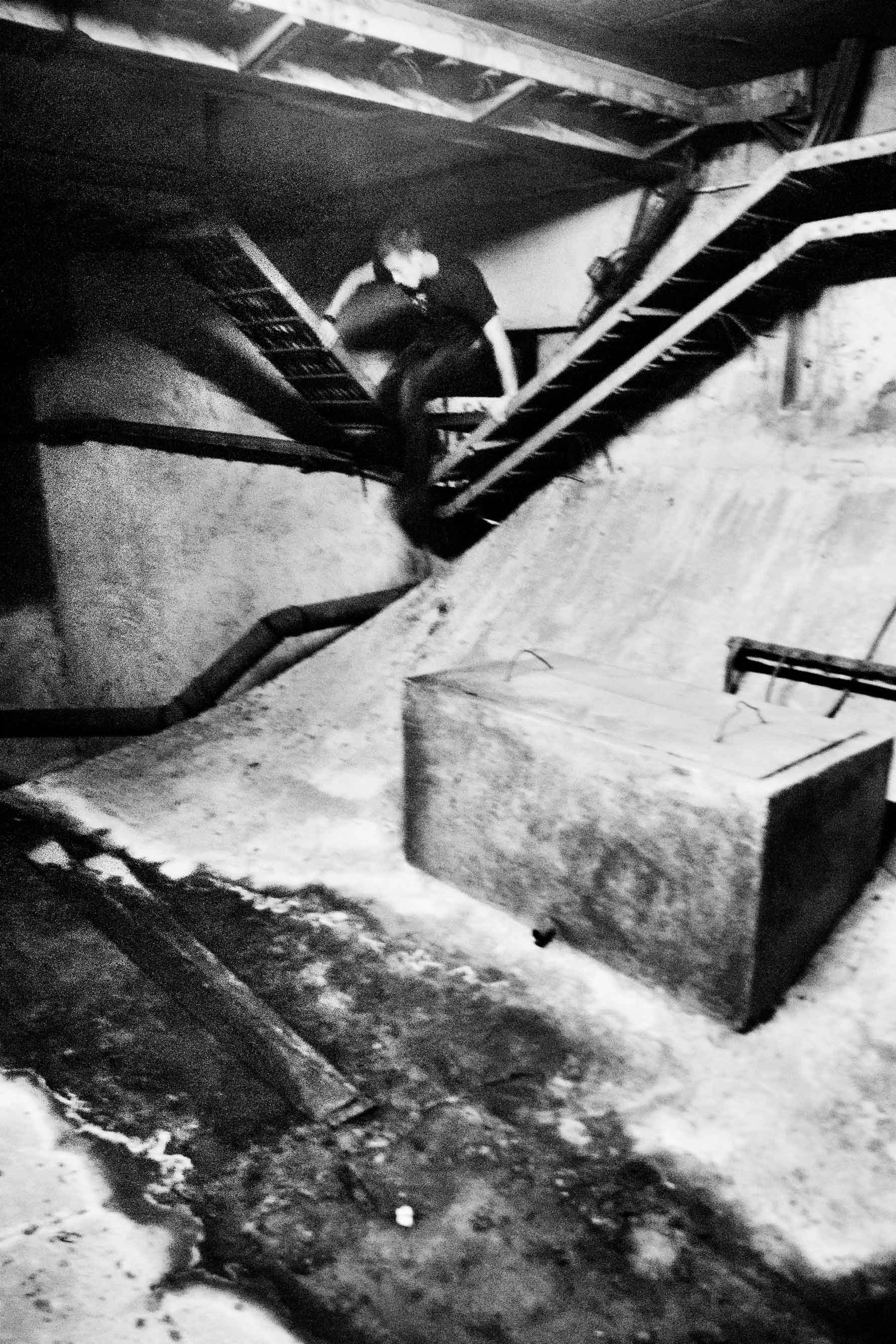 Find out more about Valerio Polici.

Linkedin
RELATED ARTICLES
OTHER ARTICLES
After voting to strike across England, prison teachers explain why they’ve been pushed to a breaking point.
We catch up with the singer in her London studio to connect the dots between music, painting and her relationship with the city.
After being subject to racism growing up, Kavi Pujara’s photo series allowed him to reconnect with and reimagine his hometown.
Shaunak Sen discusses his documentary chronicling an ad hoc hospital’s efforts to protect the city’s birds of prey.
After a devastating fire, creatives in the city are coming together to call for more affordable workspaces.
Photographer Ira Lapu documents the lives of ordinary Ukrainians living amid a brutal conflict.