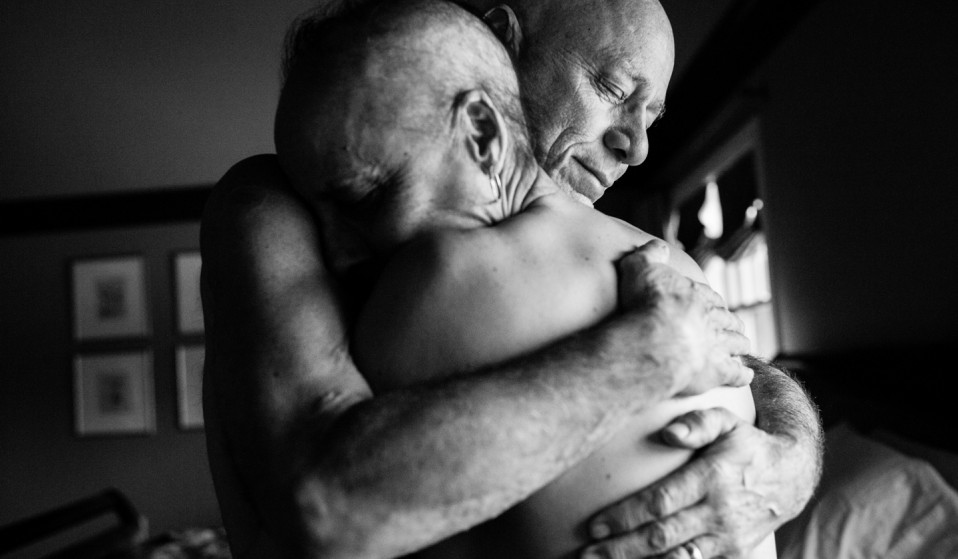 For a certain type of photographer, the only way to represent the truth is to stick with a story for a lifetime... or beyond.

Stories don’t begin in front of a journalist’s eyes and they certainly don’t end when their gaze moves on. For photographers who know this all too well, the only way to represent the truth is to stick with a story – and the people who live it – for a lifetime... or beyond.

Laurel and Howie Borowick are locked in an embrace. In the 2013 picture, the husband and wife look frail as they both battle terminal, stage-four cancers – pancreatic cancer for him, breast cancer for her.

Their daughter, Nancy, is standing only a few feet away, her face hidden by the camera. This photograph is just one of the many images Nancy Borowick made of her parents between 2009, when Laurel was diagnosed, and 2014, when she succumbed – almost one year to the day after Howie’s passing.

Borowick was still a student at the International Center of Photography in New York when she started photographing her parents. At that time, only her mother was sick and Borowick’s class project had a happy ending: Laurel’s cancer was in remission at the time.

Less than 18 months later, though, the cancer had reappeared and, as Borowick resumed her photographic work, her father also fell ill. Borowick has spent over five years documenting her family, as part of a long-term project that is still ongoing.

Her approach calls upon documentary photography’s age-old aspirations for in-depth storytelling – one that used to be the norm decades ago, when magazines and newspapers still had the budgets to send photographers on assignments for weeks or months at a time.

While the collapse of the traditional editorial market has made it difficult for photojournalists to spend more than a few days on a story, many of them remain steadfast in their commitment to long-term storytelling. 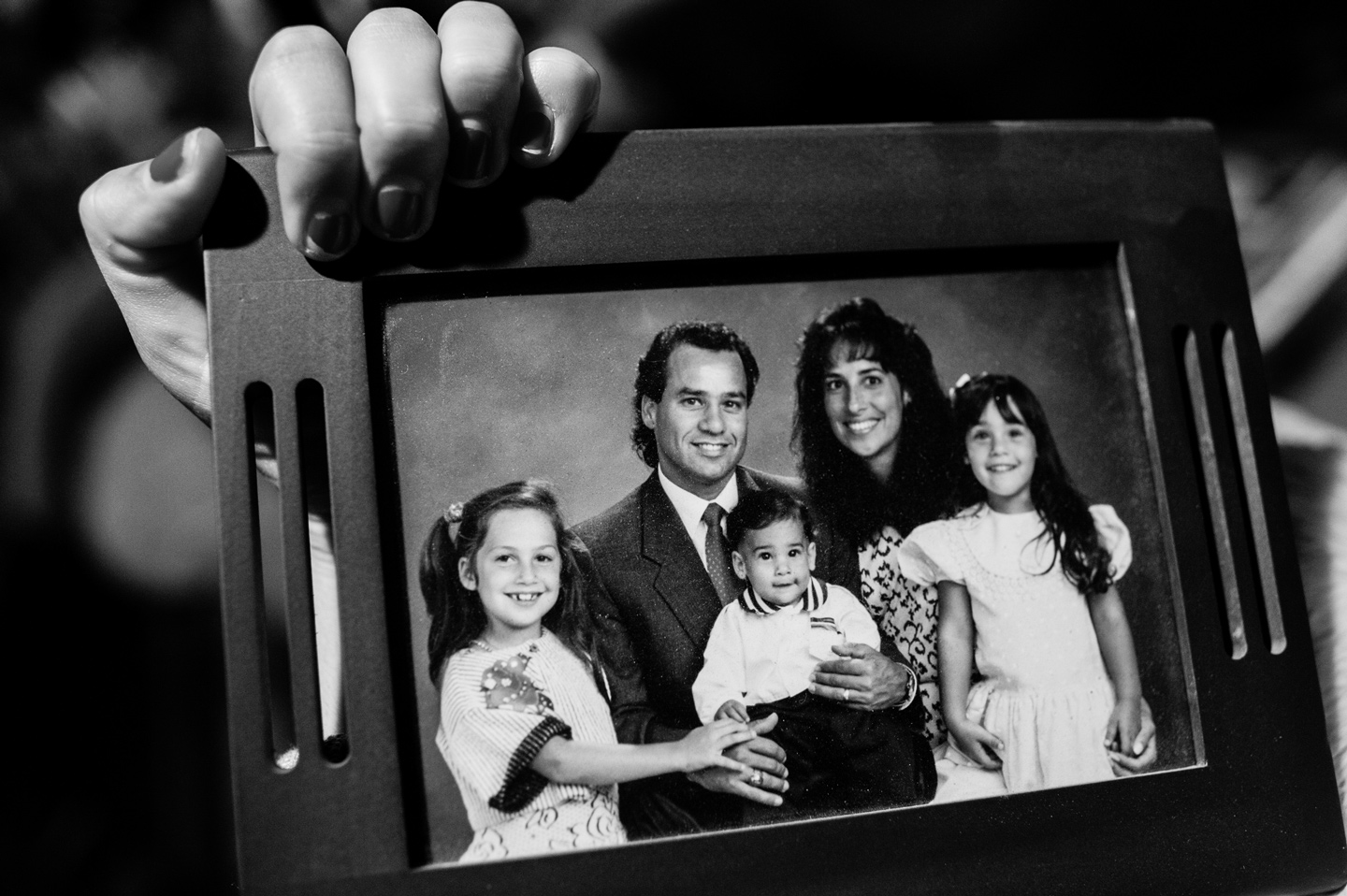 “As a photographer, you hope your photographs leave an impression on those who see them,” says Borowick.

“You hope they encourage the audience to think deeply about the issue you are presenting and ultimately take away a new understanding about a specific topic.”

For the 31-year-old photographer, her commitment to long-term storytelling came from a sense of responsibility.

“Over the last few years, I have seen the impact that the work has had on people, especially those who are experiencing loss and tremendous change in their lives,” she says. “And with each note of appreciation, I am reminded and encouraged to keep sharing my experience.”

After her parents’ deaths, Borowick could have brought her project to an end. Instead, she’s continued to enrich it. “I decided to create a book as a place to not only hold onto their memory but to honour the lives that they lived and the lessons that they taught us,” she says. 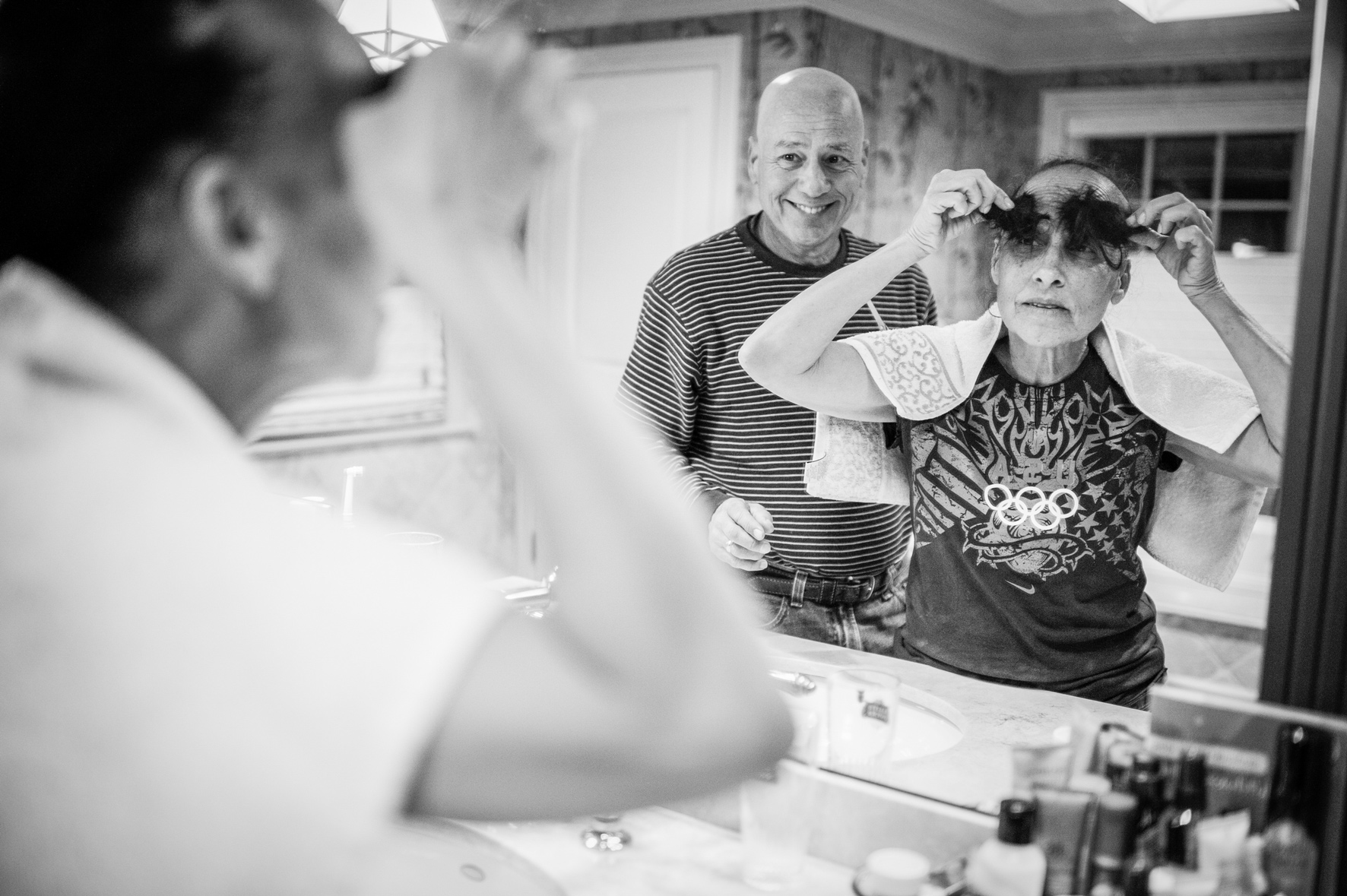 Nancy Borowick’s mother and father, having cut their hair knowing it would fall out as a side-effect of chemotherapy. “Using humour allowed them to move forward and deal with what was happening because it was truly out of their control,” says Borowick. Photo: Nancy Borowick.

The book, Cancer Family, includes old photographs of her parents’ youth, as well as letters that provide additional layers to her still images. The project has since taken on a life of its own.

After she started sharing photographs from the project on Instagram, people who had lost family members to cancer shared their own stories. Such feedback was not only validation for Borowick’s work, but also gave the photographer a greater purpose: “To use the work to help others, the way it has helped me in the process,” she says.

But after being laid off, she suddenly had to re-invent herself. “I no longer had the financial assistance to produce the kind of work I had been doing,” she says.

So instead of travelling to another country to cover “their” human rights crises, as Calvert puts it, she was forced to look in her own backyard. Her husband, Joe Eddins, suggested looking into the issue of sexual abuse in the US military.

When Calvert did, she was astonished. “I had walked the halls of various military installations over 18 years in my role as an instructor at the Department of Defense Worldwide Military Photographers Workshop,” she says. 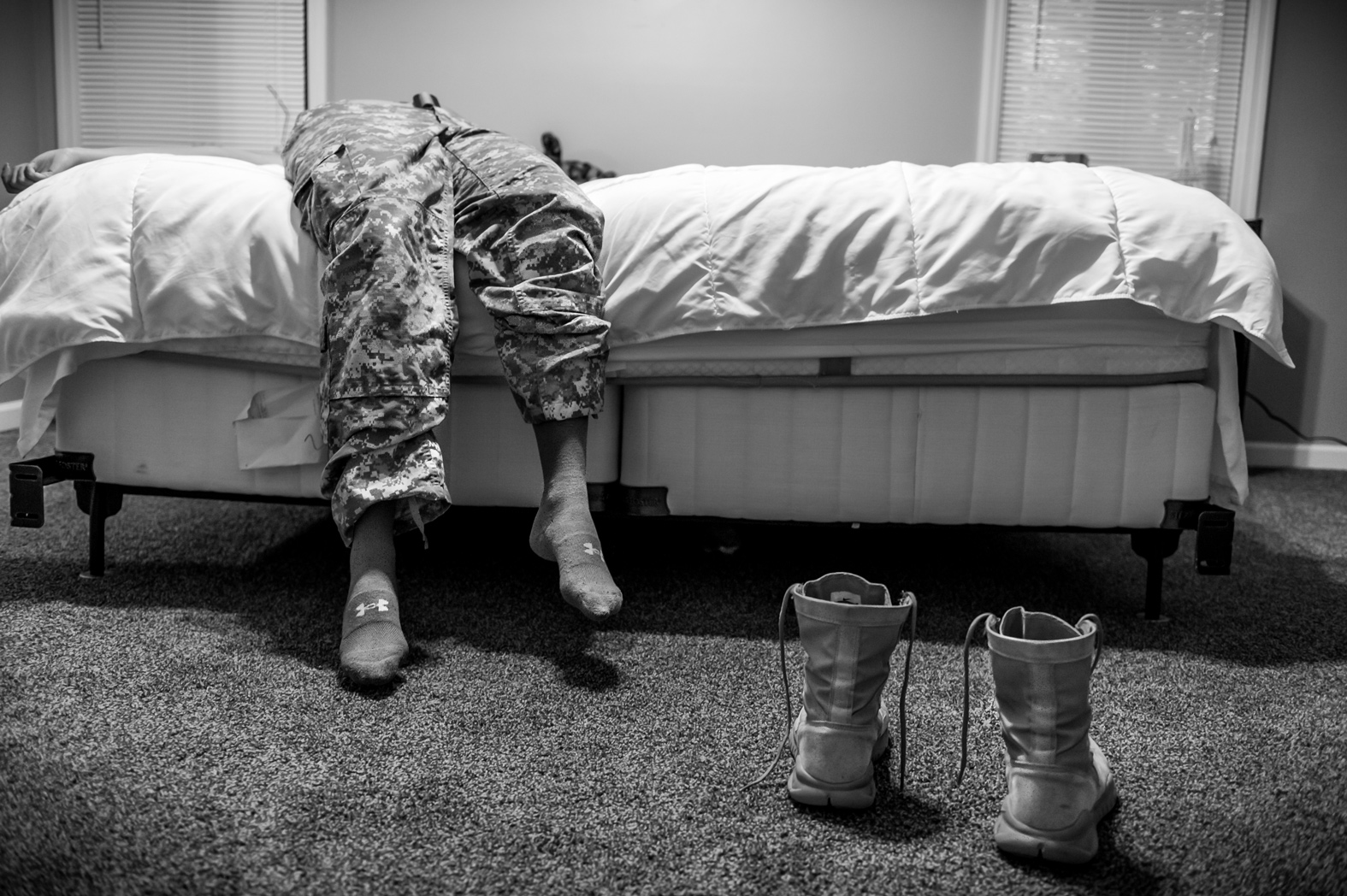 US Army Spc. Natasha Schuette, 21, was sexually assaulted by her drill sergeant during basic training and was subsequently harassed by other drill sergeants after reporting the incident at Fort Jackson, South Carolina. Photo: Mary F. Calvert.

“I had passed items on bulletin boards offering counselling for sexual assault victims and 24-hour hotline numbers for those seeking assistance. I used to think, ‘Surely that is not happening here.’”

But when she began her research, it became clear that those bulletins were, in fact, a response to an epidemic of abuse in the military. “I was so angry and shocked when I read there were an estimated 26,000 sexual assaults each year in the US military,” she says.

“It is those statistics and the thought of all my friends who serve in the military that gives me the resolve to tell this story.” 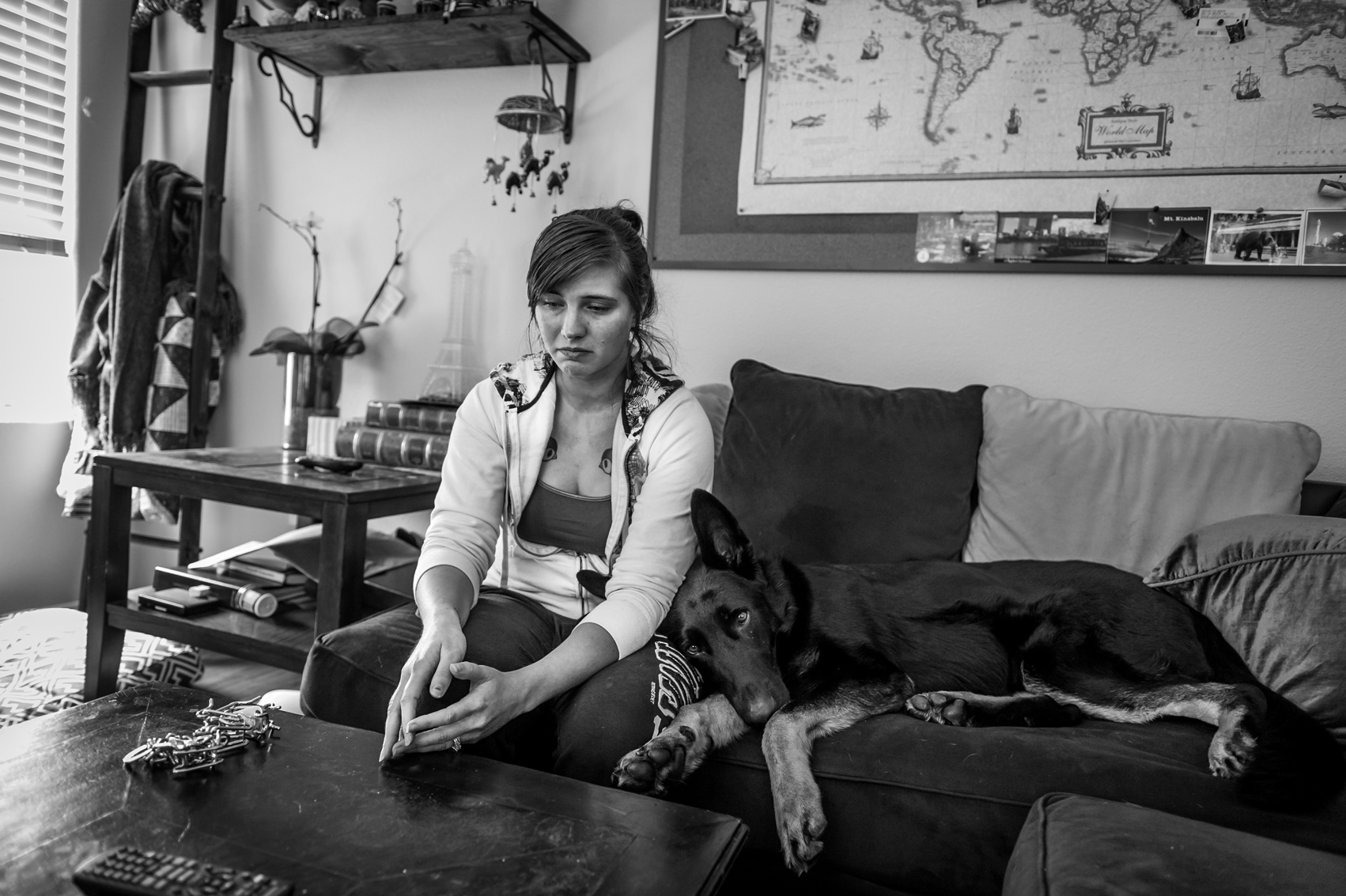 Brittany Fintel was forced to leave the US Navy after she was pinned down on a bed by her lead petty officer while stationed in Bahrain. When she reported the incident she was told she had an ‘adjustment disorder’. “They kick the victim out. The victim is apparently more fucked in the head than the rapist,” she says. Her PTSD service dog Indiana is never far from her side. Photo: Mary F. Calvert.

That was in 2012. Over the last four years, Calvert has produced an award-winning body of work that chronicles the broken lives of many victims of sexual abuse.

In August, she won a grant to help finance the next chapter in her project: one that will look at male-on-male rape within the US military. This chapter-like approach has become common among long-term documentary photographers.

Not only does it help create an extensive body of work, but it also offers advantages when it comes to financing. For the past 13 years, award-winning photographer Stephanie Sinclair has focused on one subject: child marriage.

“It’s a global issue spanning most continents and cultures and all major religions,” she says. “It currently impacts the daily lives of some 700 million women, all of whom were married before the age of 18.”

In 2003, Sinclair felt that such a broad concern remained largely undocumented, so she embarked on a sustained trans-media project that has, over the years, morphed into a campaign. The work was arduous, she says.

“Because it’s such a sensitive topic, each instalment has required me to invest long periods of time in the field in order to acquire sufficient access,” she says.

“The administrative side can be similarly time consuming, as documenting each new segment in the topic requires its own round of fundraising and support.”

In 2012, Sinclair turned her campaign into a non-profit organisation and hired a team to bring Too Young To Wed to the next level.

“Outside of the strictly defined role of the journalist,” she says, “we are better able to support the girls through workshops in collaboration with our in-country partners, helping them communicate their own stories, creating a generation of empowered advocates and community leaders in the fight to protect girls’ rights.”

Darcy Padilla never imagined she would spend more than a few months photographing Julie Baird when she first met her in a rundown hotel in San Francisco. That was in 1993. Julie was just 19 and already a mother.

“Julie was witty and smart, and she might just have grown up to be a teacher, but her mother was an alcoholic and her stepfather abused her, and she ended up on the streets at age 14,” Padilla told the Huffington Post.

In the years that followed, Padilla documented Julie’s struggles with drugs, abusive relationships, poverty and AIDS.

She photographed her moments of despair – when she had to give up her children – and joy, humanising a woman that many would have overlooked or discarded as yet another victim of a broken system.

Julie died from AIDS in 2010 and Padilla was by her side, not just as a photographer but also as a friend. And even after Julie’s death, Padilla’s work continued. She’s now on a quest to track down all of Julie’s children with the hope of helping them get the education their mother never had. 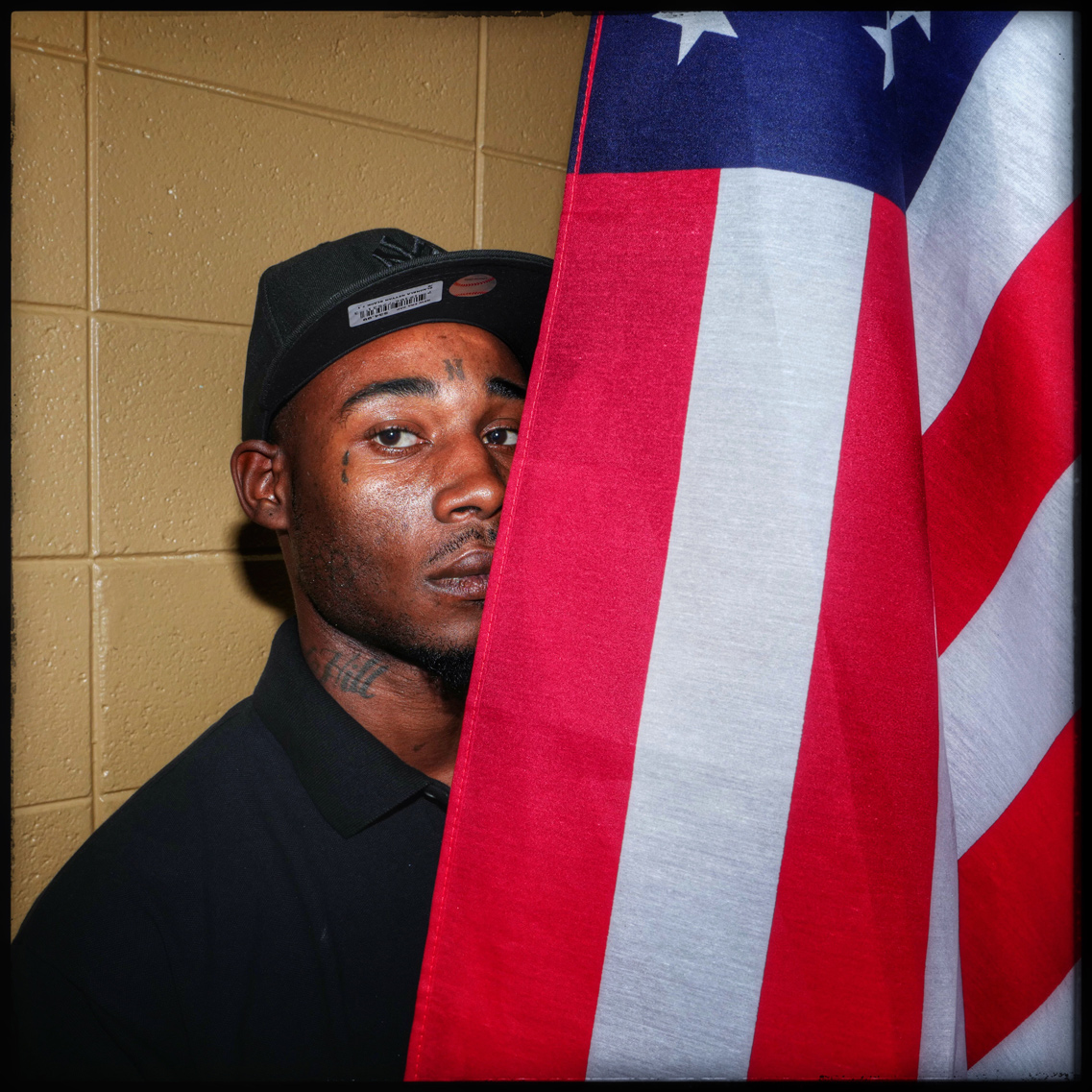 After spending a year in prison, 25-year-old Noland Moore now works with Alabama’s The Dannon Project, a non-profit organisation helping people to turn their lives around. Photo: Ruddy Roye.

For Ruddy Roye, long-term work doesn’t take the form of one single project. Instead, the New York-based photographer from Jamaica uses his Instagram feed to tell the story of the sidelined man: the blue-collar residents of Brooklyn that society has forgotten about.

Between assignments, Roye roams the streets of his neighbourhood, questioning his subjects about race and inequality.

The work, which started in 2012, has taken on greater meaning in recent years as high-profile cases of police brutality and killings have exposed the US’s deep-rooted double standards against black people.

“For me,” says Roye, “it is not so much giving voice to the issues – I don’t believe I am qualified – but rather an attempt to amplify some of the injustices I see in my community of Bedford-Stuyvesant, the African American community and the diaspora.”

That attempt now encompasses over 4,000 photographs – a number that continues to grow.

There’s no doubt that in the current media landscape, long-term work is a luxury, as Padilla puts it. It can also be taxing.

“This project has been very intense and it often takes an emotional toll on me,” says Calvert. “Sometimes I take a break, but mostly I tell myself to suck it up and do the work; it is far more difficult for my subjects.”

But, as all these photographers say, it’s nonetheless rewarding. “It is the dream of most photographers to get to spend unlimited time with a story,” says Borowick. But the rewards are aplenty.

“Working on my project, I learned the true importance of this kind of dedication, and the necessity of truly committing to your subjects – being vulnerable with them, being available, being curious,” she adds.

“As a result of the lessons that I’ve taken from my long-term project, I have found a drive and confidence that I can apply to my work on daily assignments, where you may not have more than a few minutes or an hour. [Even then] you still want to create and find a way to establish that connection with your subjects.”

Olivier Laurent is the Editor of LightBox, TIME’s photography website.

Linkedin
RELATED ARTICLES
OTHER ARTICLES
Those set to be impacted by the governments ’undemocratic’ bill explain why it risks silencing them.
A new book traces the legislation’s tumultuous history and the lasting impact its had on LGBTQ+ activism today.
In Sheffield, food delivery drivers are fighting back against one of the giants of the gig economy.
The musician, DJ and founder of Monika Enterprise reflects on a career defined by revolution and rule-breaking.
As the role of the nuclear family is increasingly called into question, people are finding new ways to exist outside heterosexist norms.
From the queues outside to the last ones standing, Francesco Mellina’s new photo book follows a night that has gone down in the Northern-Soul history books.