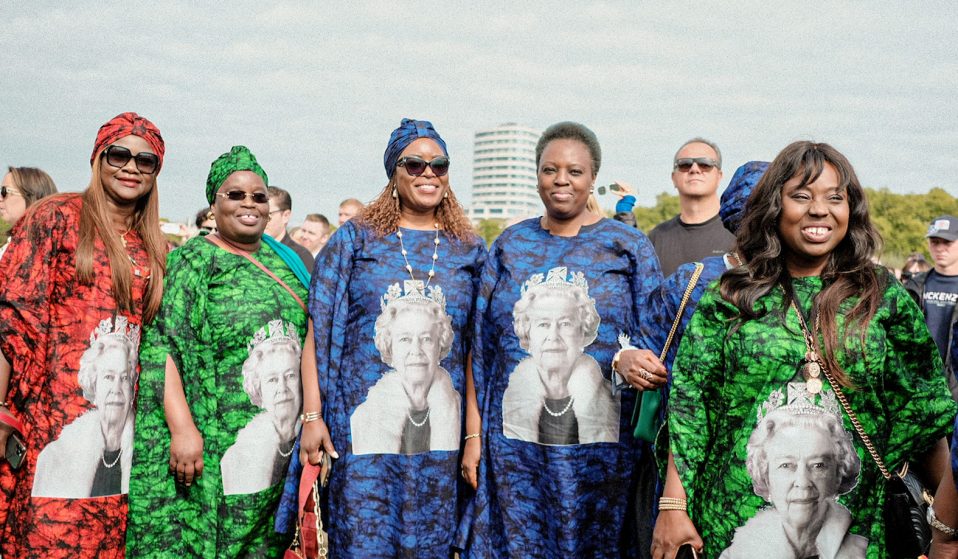 Following the death of the monarch, a 12-day period of mourning began in Britain. Photographer Julian Zerressen was there to capture the surreal scenes unfolding in London.

Following the death of the monarch, a 12-day period of mourning began in Britain. Photographer Julian Zerressen was there to capture the surreal scenes unfolding in London.

On 8 September 2022, Buckingham Palace announced the death of Queen Elizabeth II. The death of the monarch, who had been head of state since the death of her father in 1952 brought an end to a historic 70-year reign.

Britain immediately entered a period of mourning, with flags at half mast, government communications ceased, Parliament suspended and website banners dulled in respect. The death of the Queen meant that her son, Charles, became King Charles III. Events across the country to mark his ascension were held as the Queen’s coffin moved from Balmoral (where she passed) to lie in state in Edinburgh before making the journey south.

In London, mourners gathered outside Buckingham Palace and laid flowers in the parks around the residence. As the coffin moved to Westminster hall on the Parliamentary estate, tens of thousands queued, many through the night, for miles along the south bank of the river Thames to pay their respects.

The queue, which at points ran over five miles from the coffin to Southwark park, closed on Sunday night ahead of Queen Elizabeth’s funeral, which took place in nearby Westminster Abbey before she was laid to rest in St George’s Chapel in Windsor. Estimates say that around one million people lined the streets of London to watch the service, as the full breadth and weight of British pomp and ceremony was on show. Viewing screens were erected in Hyde park for those unable to get into viewing pens through Westminster.

The official mourning period of 12 days was a surreal time in London. A hushed, uncertain atmosphere fell upon the city at points, a far cry from the usual beating heart of the metropolis. In a week like very few others in London, photographer Julian Zerressen was there to capture the action. 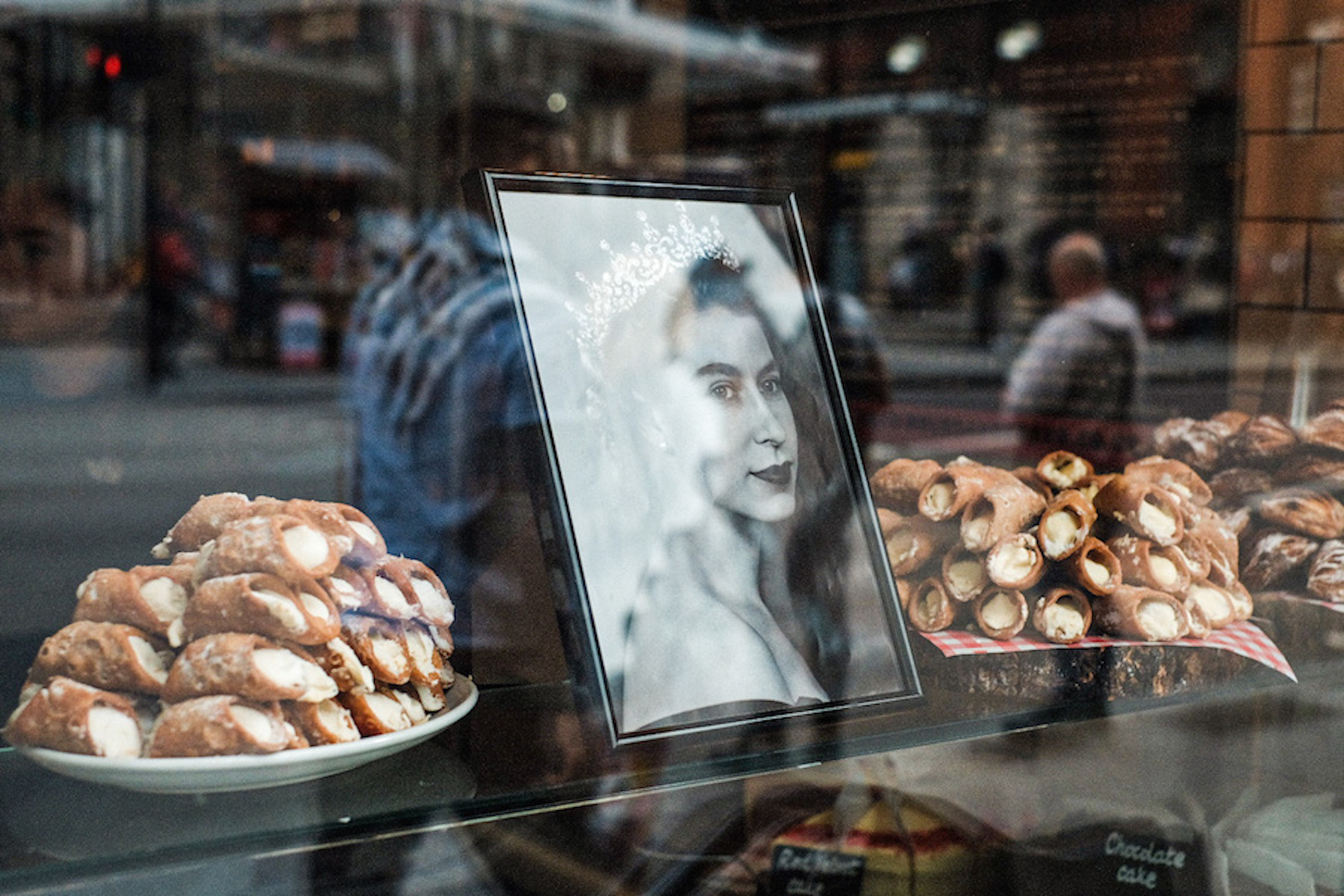 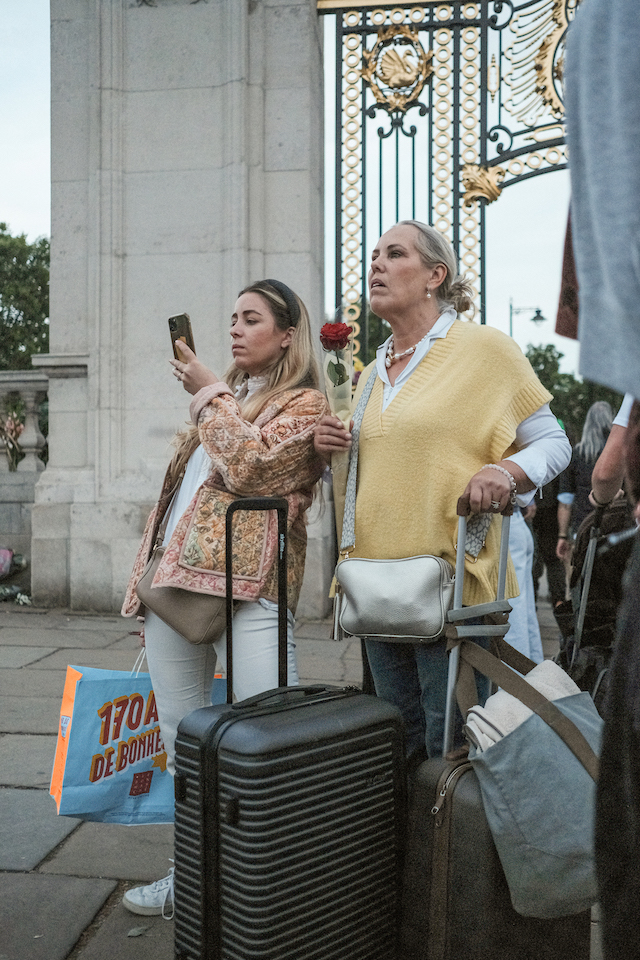 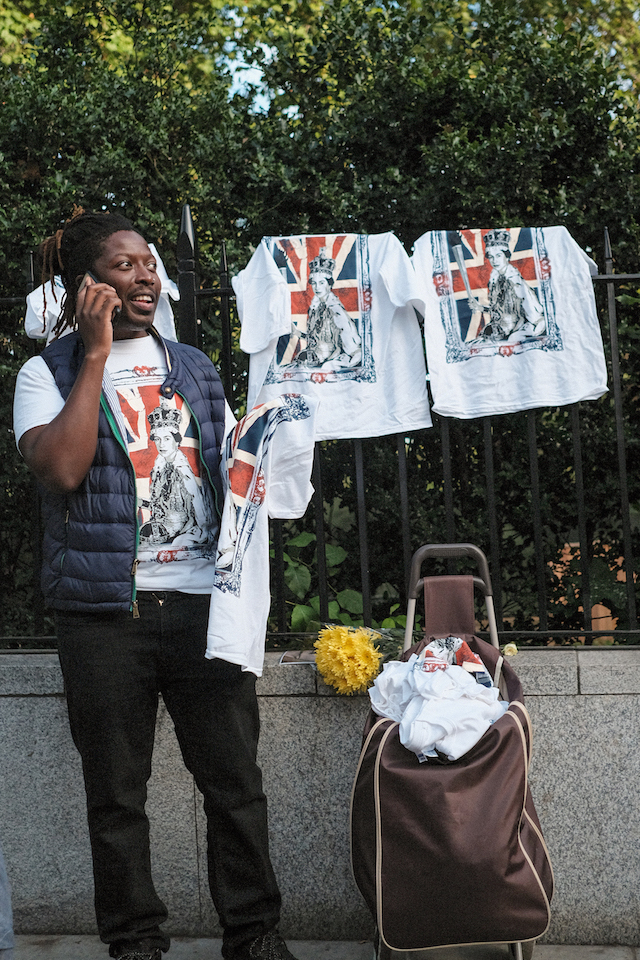 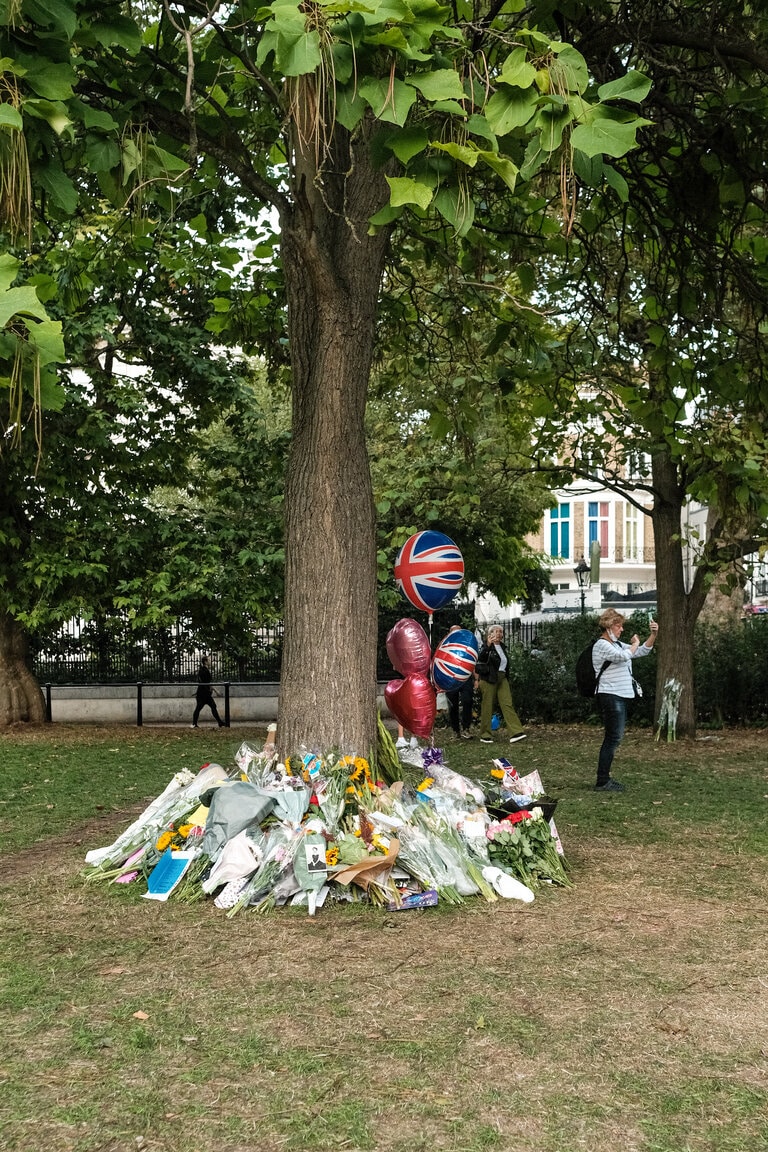 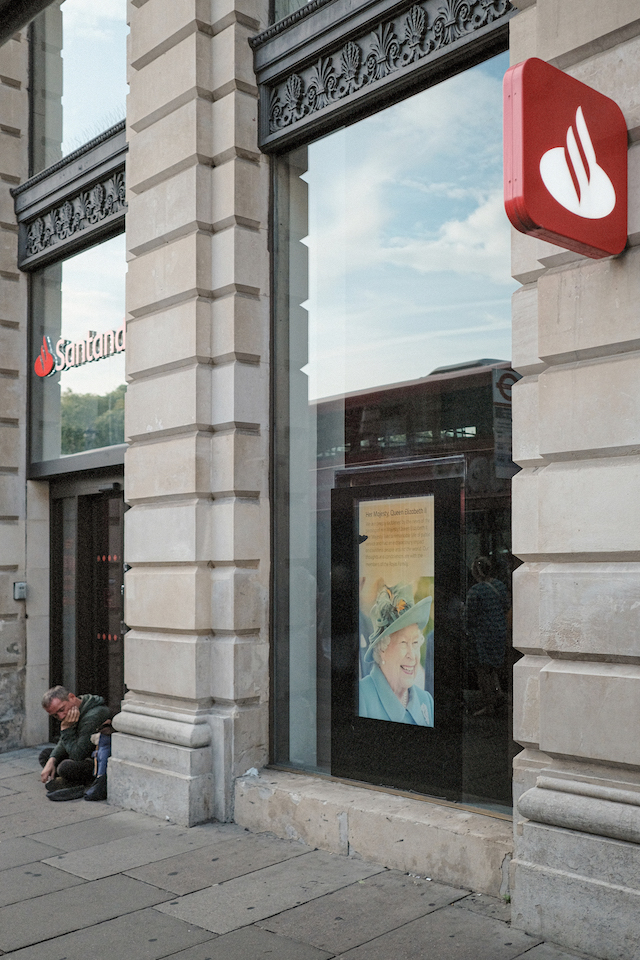 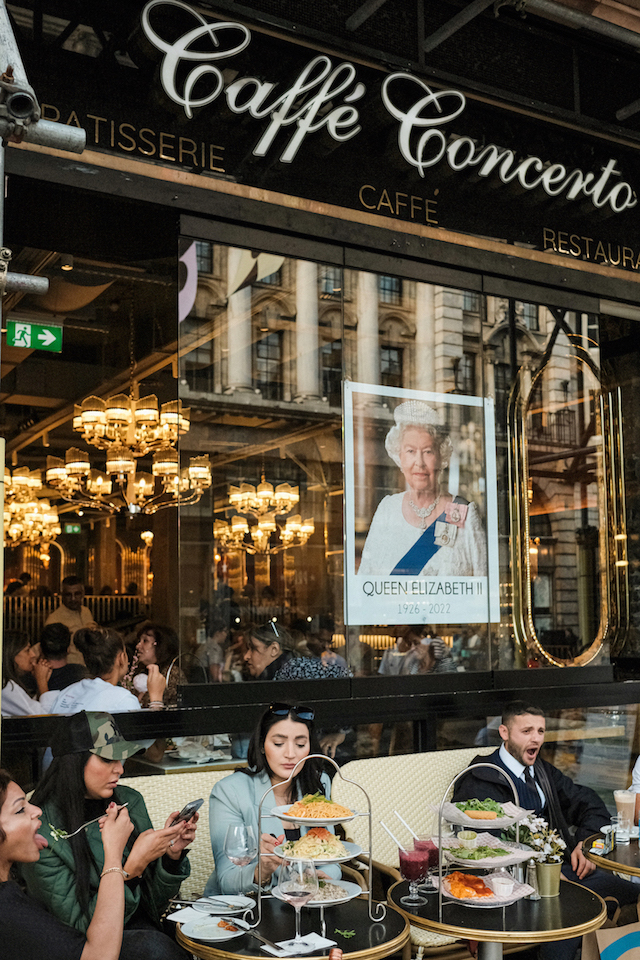 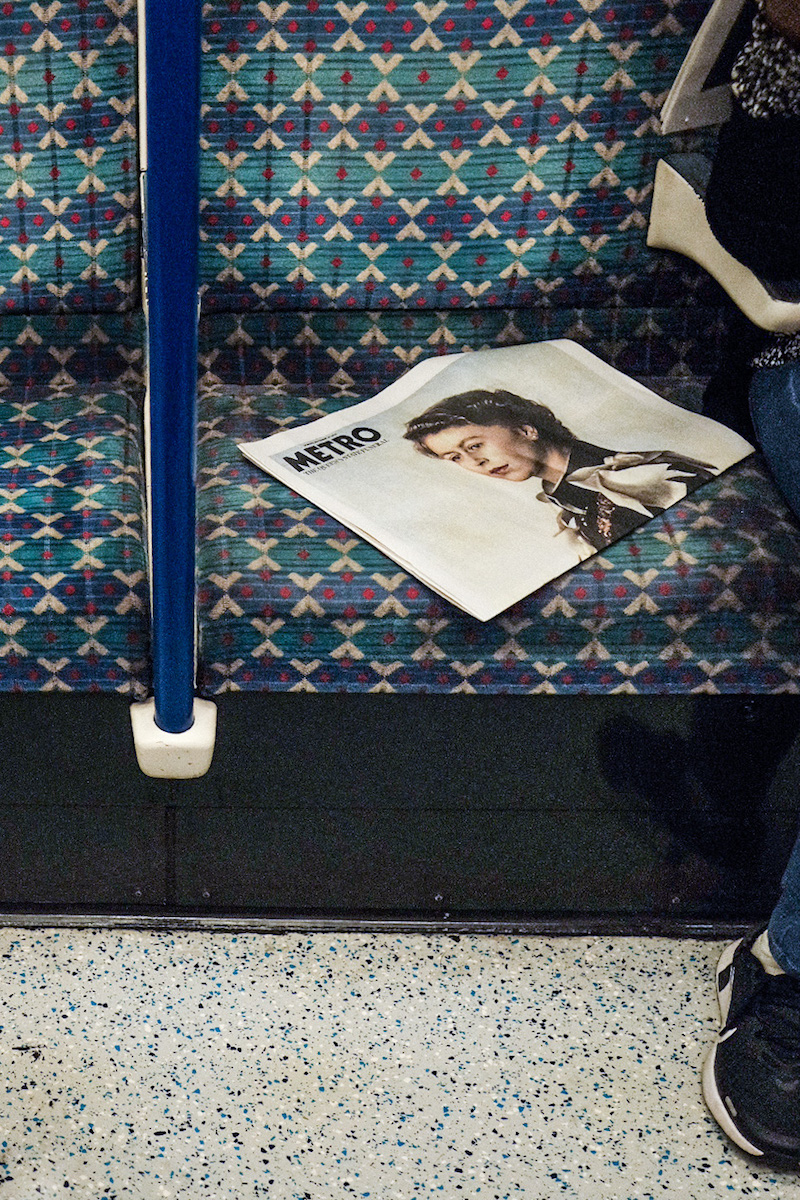 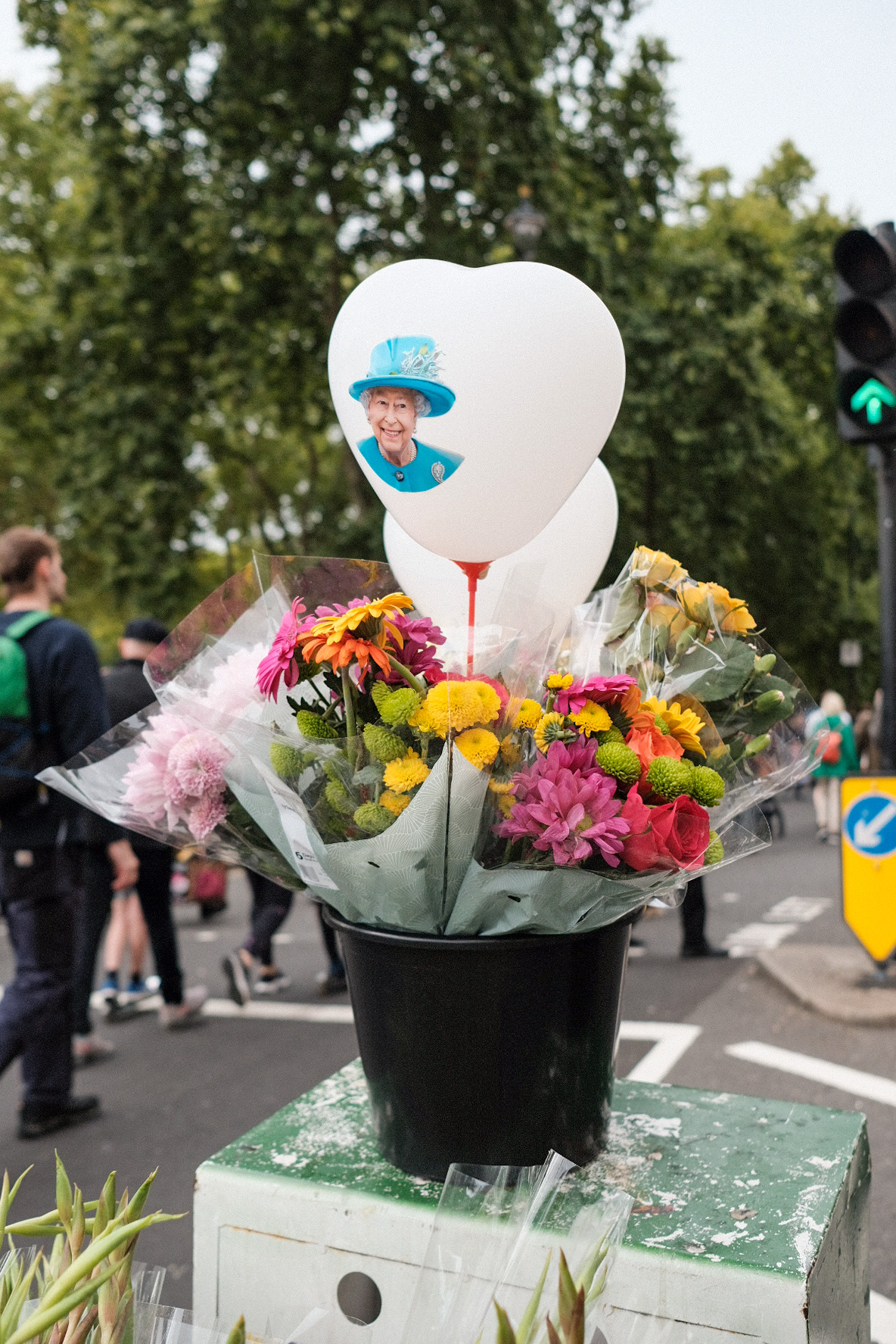 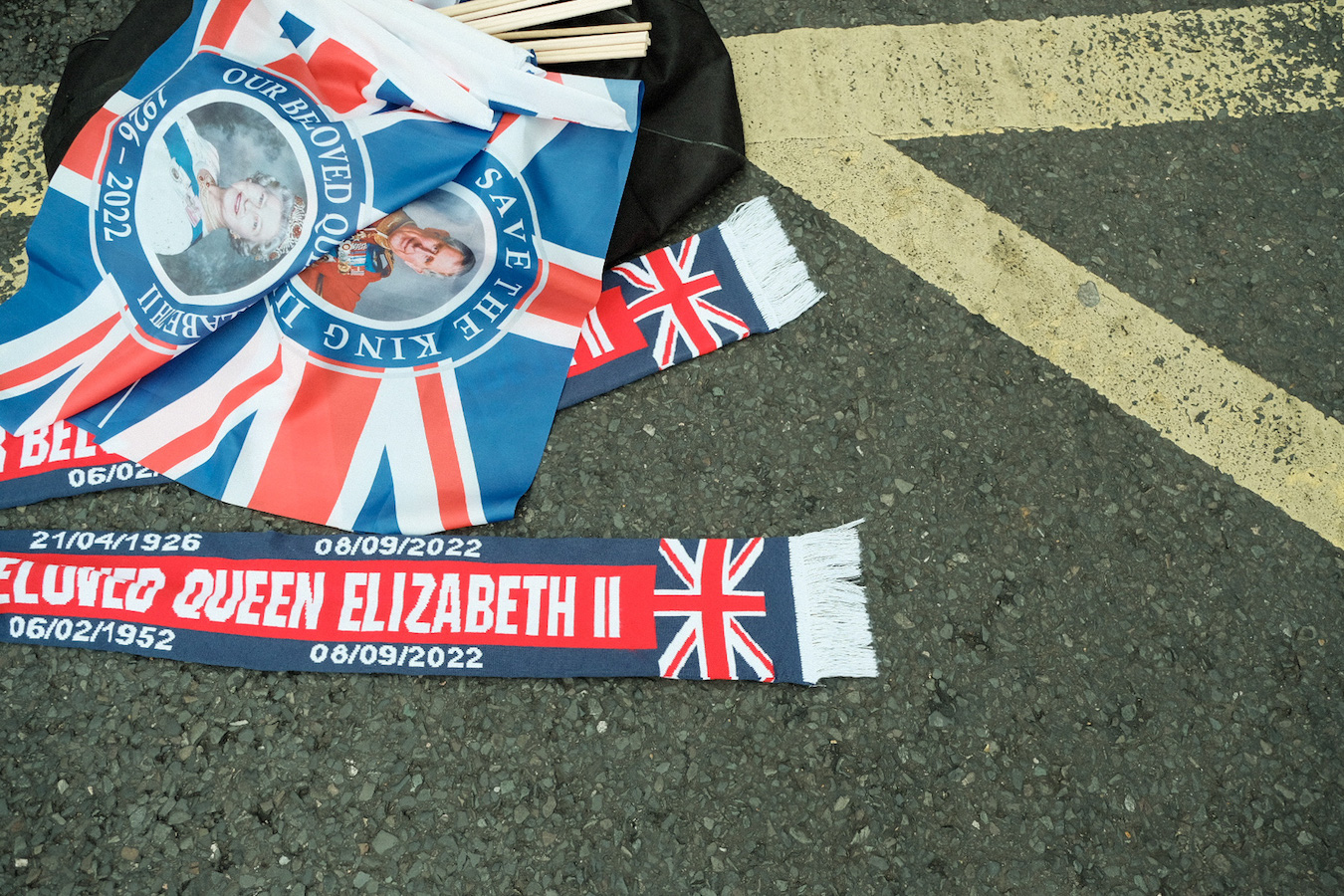 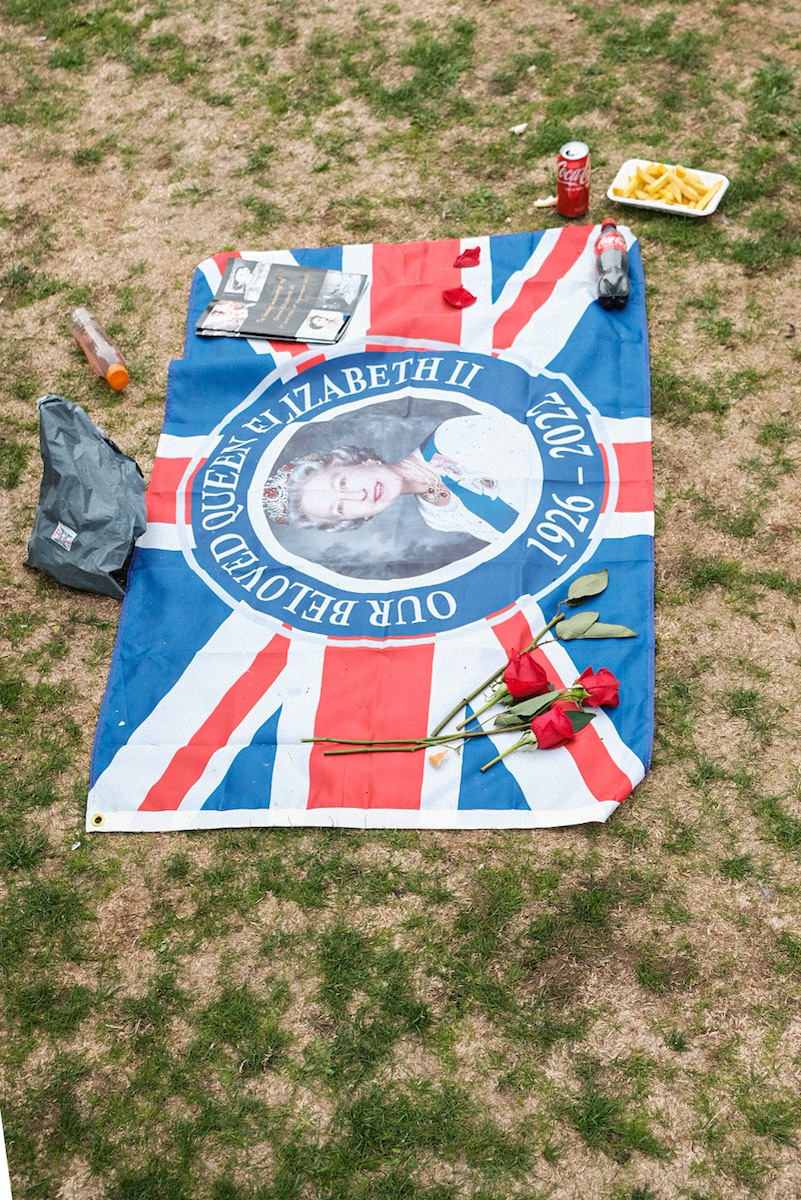 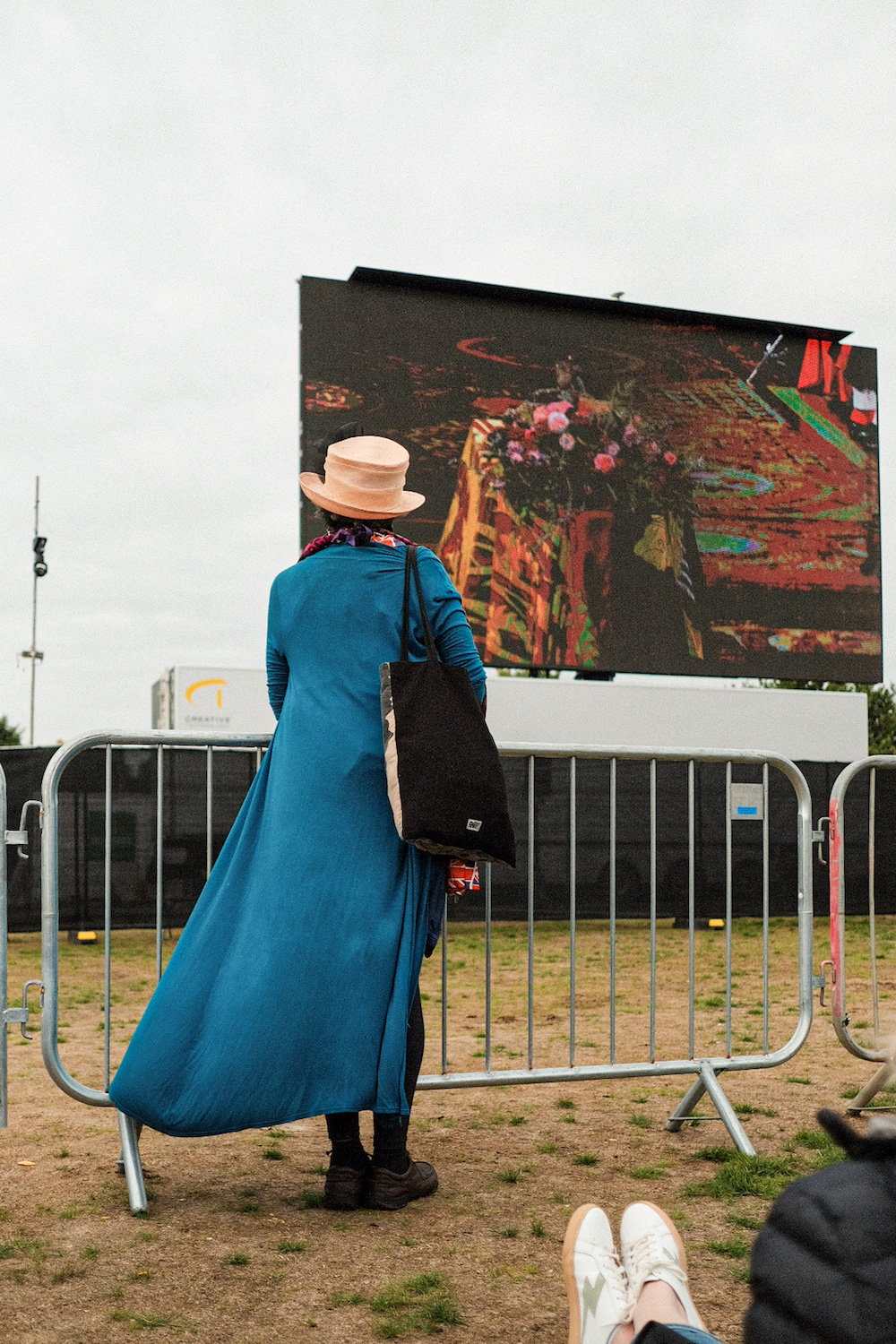 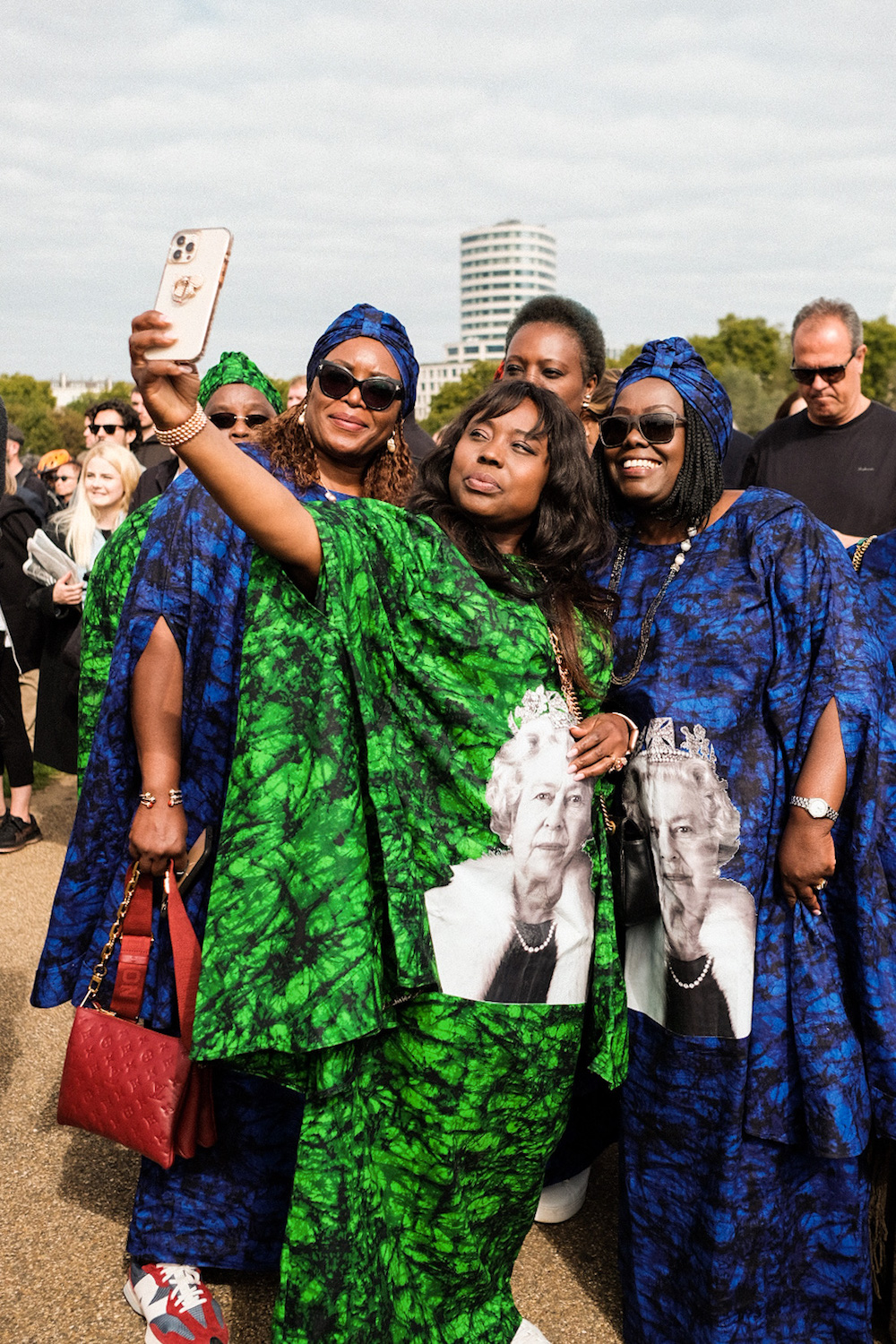 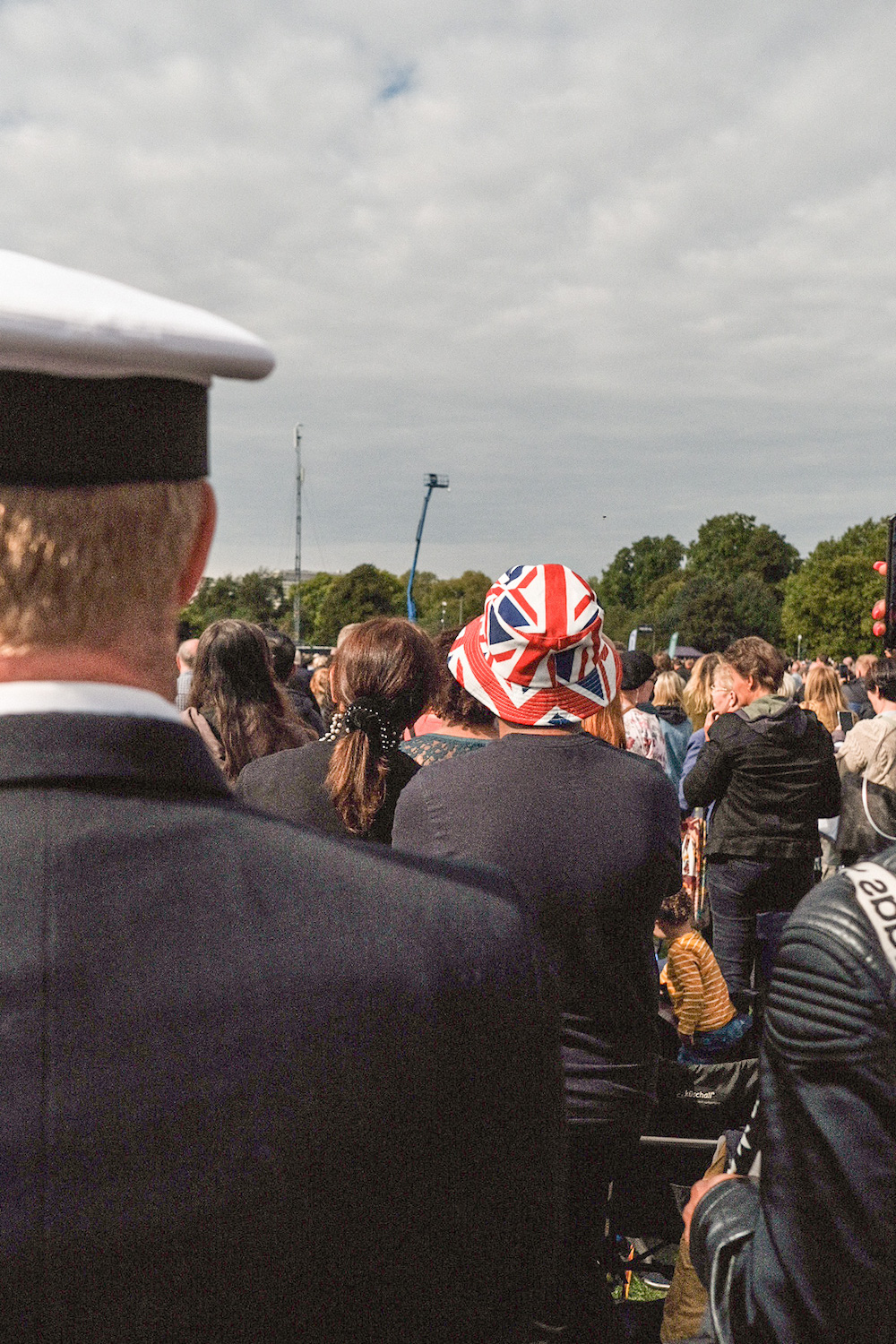 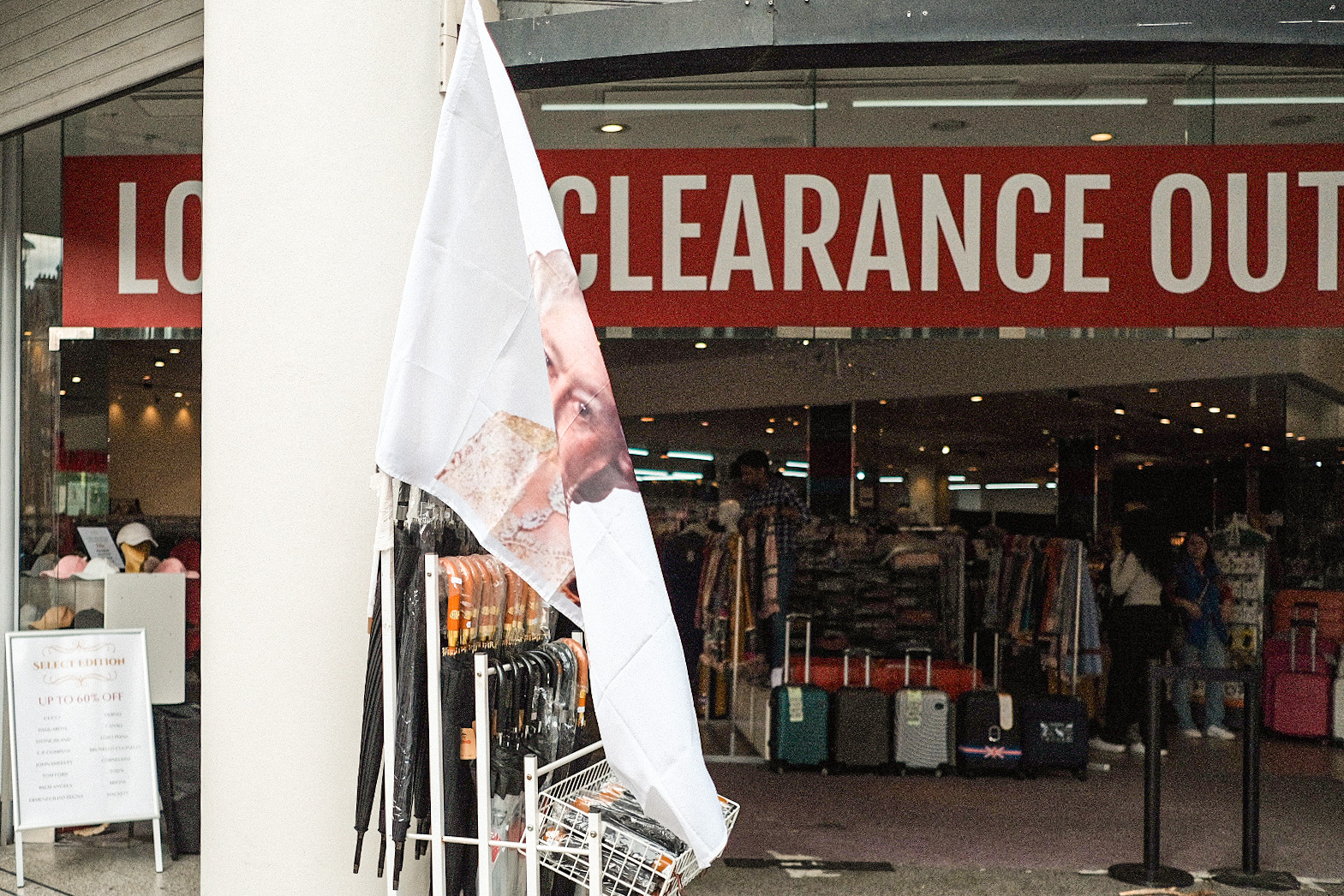 Linkedin
OTHER ARTICLES
Financial turmoil is pushing people who work in the sex industry into more dangerous and desperate situations as a means of survival.
Photographer David Corio’s archive offers a glimpse inside a revolutionary era of music and nightlife.
As the Scottish government announces a rent freeze, an activist with Living Rent who fought and won shares how they did it, and what must come next.
Their drinking habits have seen them derided as ‘generation sensible’, but this overlooks the complex and nuanced reasons people are turning their back on alcohol.
By turning a real-life crisis into daytime television fodder, TV bosses have once again shown themselves to be completely out of touch with audiences.
Ahead of the release of their first collaborative album, the producer and rapper talk psychedelics and the state of UK hip hop.