Art & Culture / Photography / What does it mean to be a girl in the digital age? 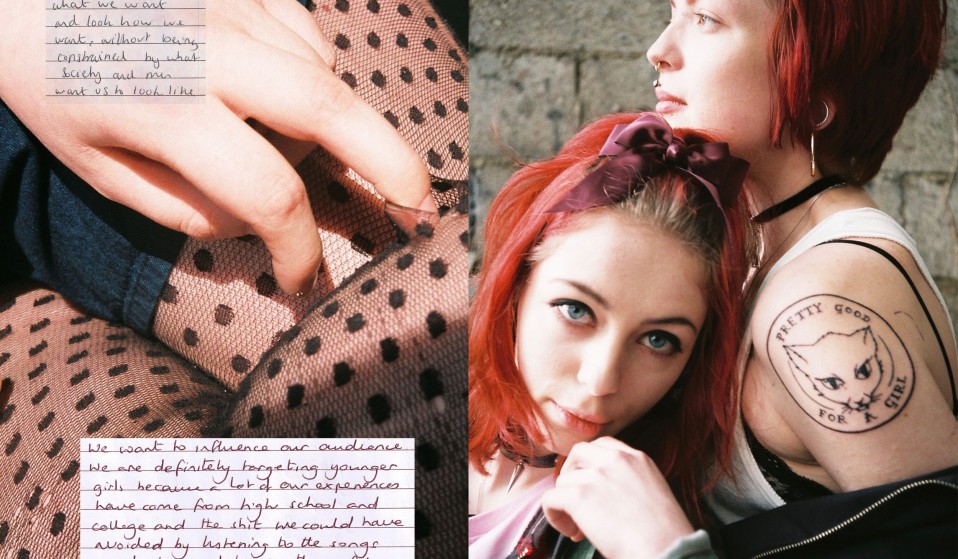 That’s What She Said gives girls and non-binary teens the space to explore the issues and anxieties of growing up in the social media age.

That’s What She Said gives girls and non-binary teens the space to explore the issues and anxieties of growing up in the social media age.

It’s often said there has never been a better time to be a woman, but a new wave of young feminists are ripping apart that rose-tinted narrative. Whether it’s in the mainstream media, in pornography or on social media, the pressure for women to conform other’s standards of appearance remains all too real.

Izzy Whiteley founded That’s What She Said as a documentary photography project to explore what it means to be a young girl today. It provides a fun and engaging space for girls and non-binary teens to explore the issues and questions they have with growing up in the unfiltered age of social media, call out the attacks that undermine their self worth and rise above the bullshit – from the gender pay gap to airbrushing, ‘thinspiration’ and Instagram fame.

In collaboration with photographer Jessica Gwyneth, the project captures young women in their own environments, with hand-written messages from the participants on issues they’ve dealt with personally or are struggling to overcome. 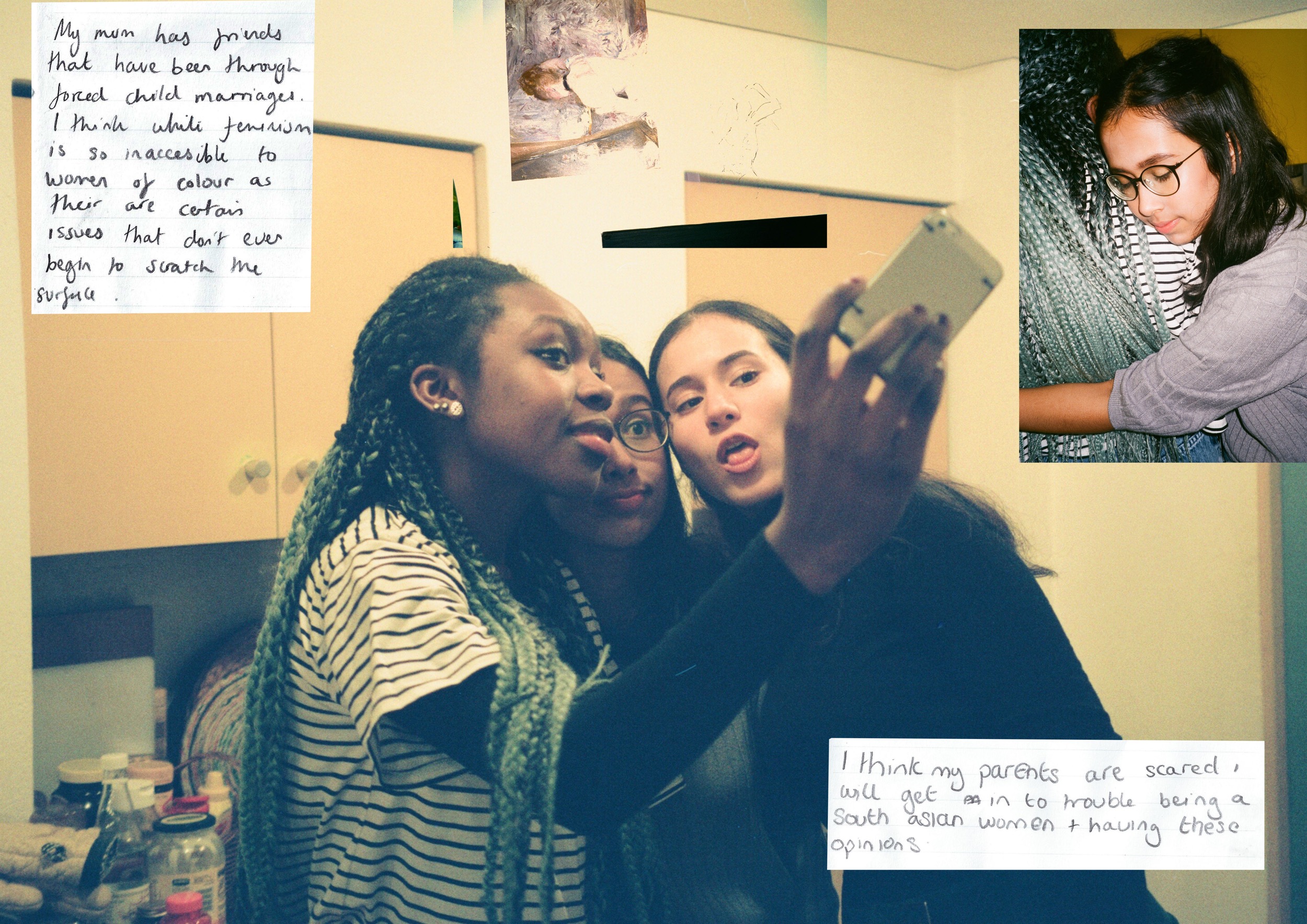 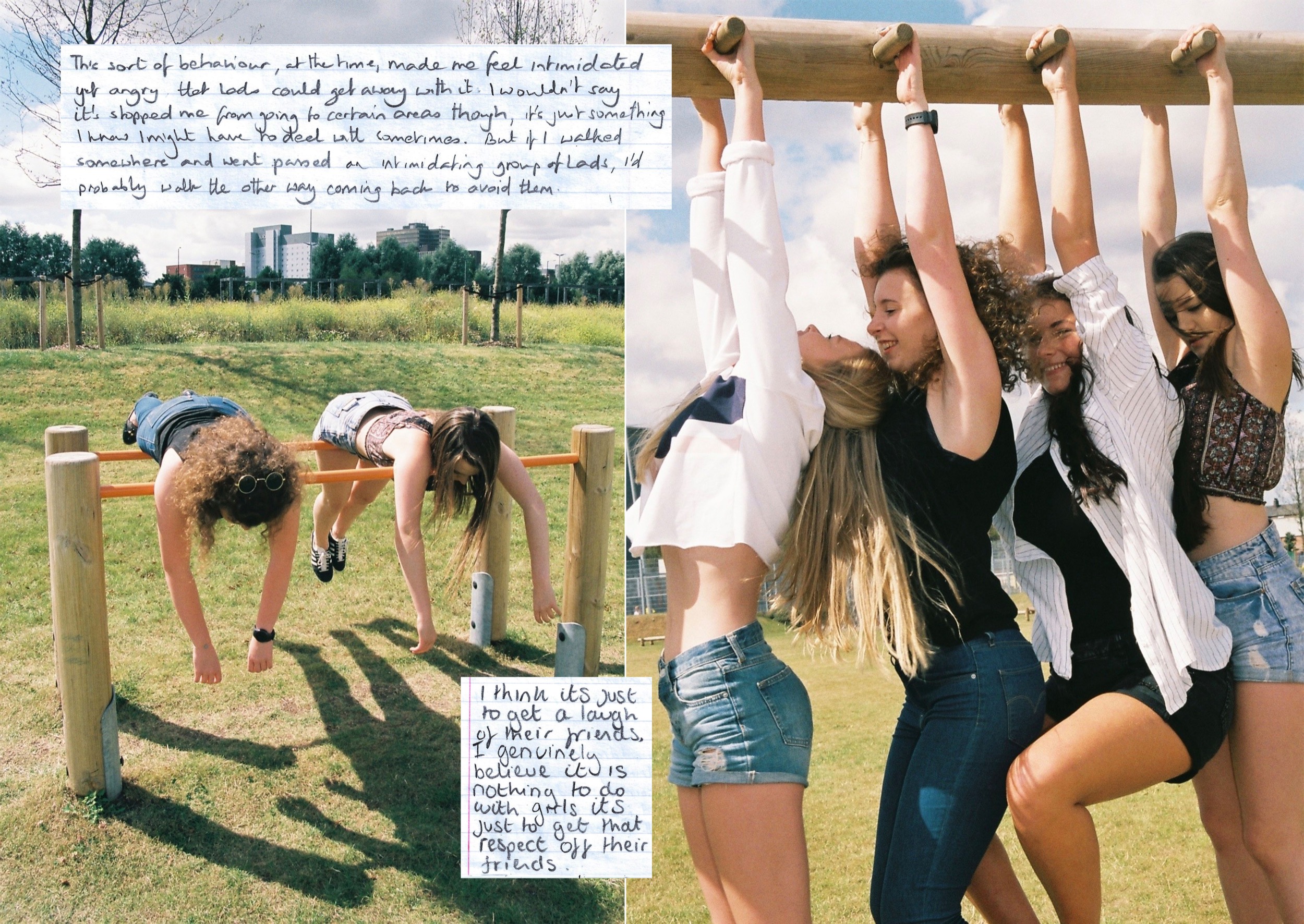 What’s the story behind That’s What She Said?
Izzy Whiteley: TWSS was born out of a project I did at university. I took my image-making and styling course very seriously because I used the pain and confusion from my adolescence as a starting point. I used it as a sort of therapy and, with my years of counselling, started to realise how much time and energy and money I had put into healing myself for things that weren’t my fault. I basically learnt about injustice. I learnt about feminism. I started the project about a year ago and launched the website in February.

Everything around us in society is telling us that we are flawed and need to be better and also, that whenever we do not achieve something, which is connected to inequality, it is our fault because ‘We are all equal now’. A big part of TWSS is to encourage girls to question their surroundings and this illusion of choice.

I really wanted to give girls a platform to voice their opinions and to celebrate girls that never feel represented as beautiful or ‘cool’. I want to encourage girls to question society and make a project that will force the issue because we are bringing up a generation of girls that hate and don’t believe in themselves and are, more importantly, silenced. 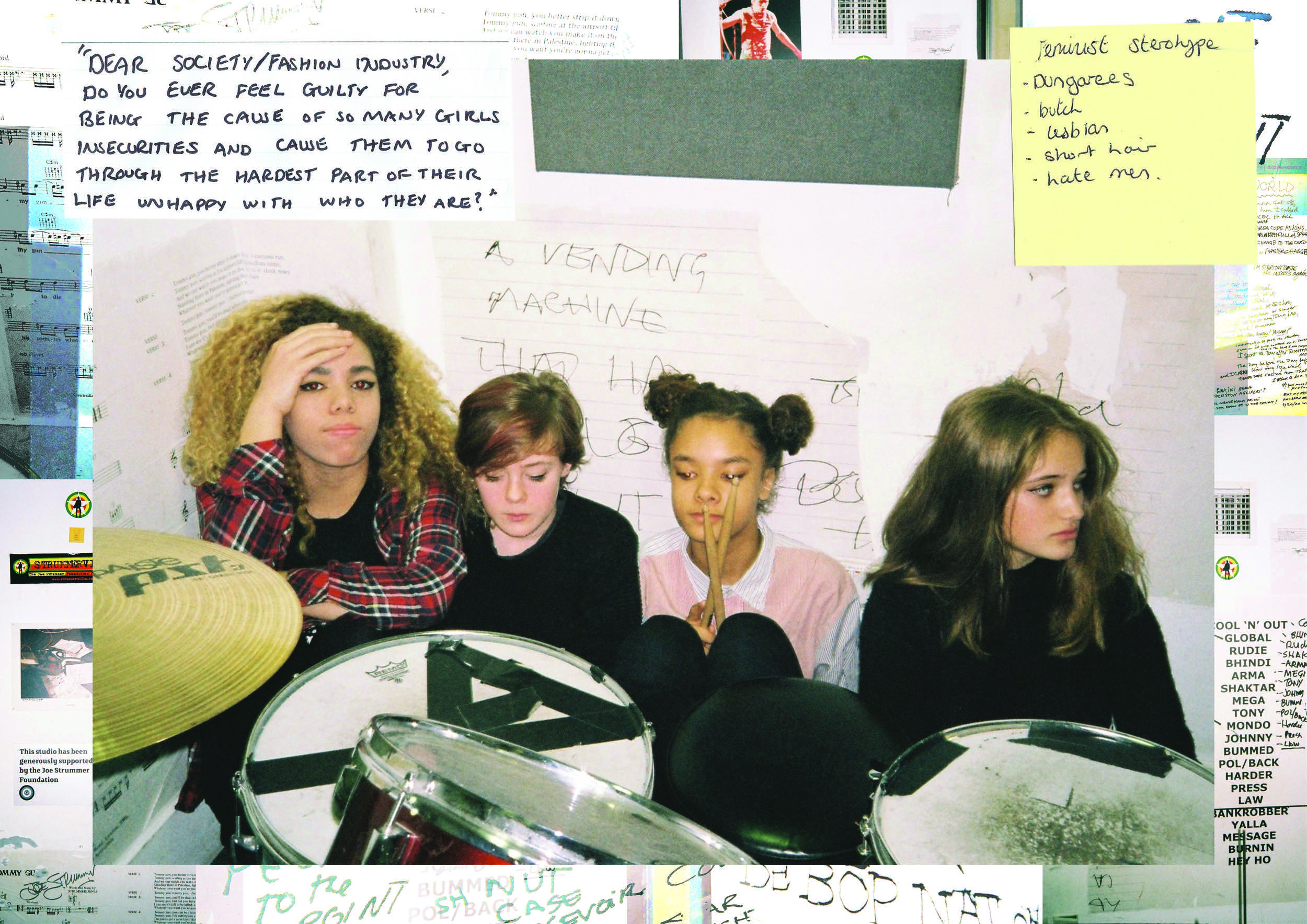 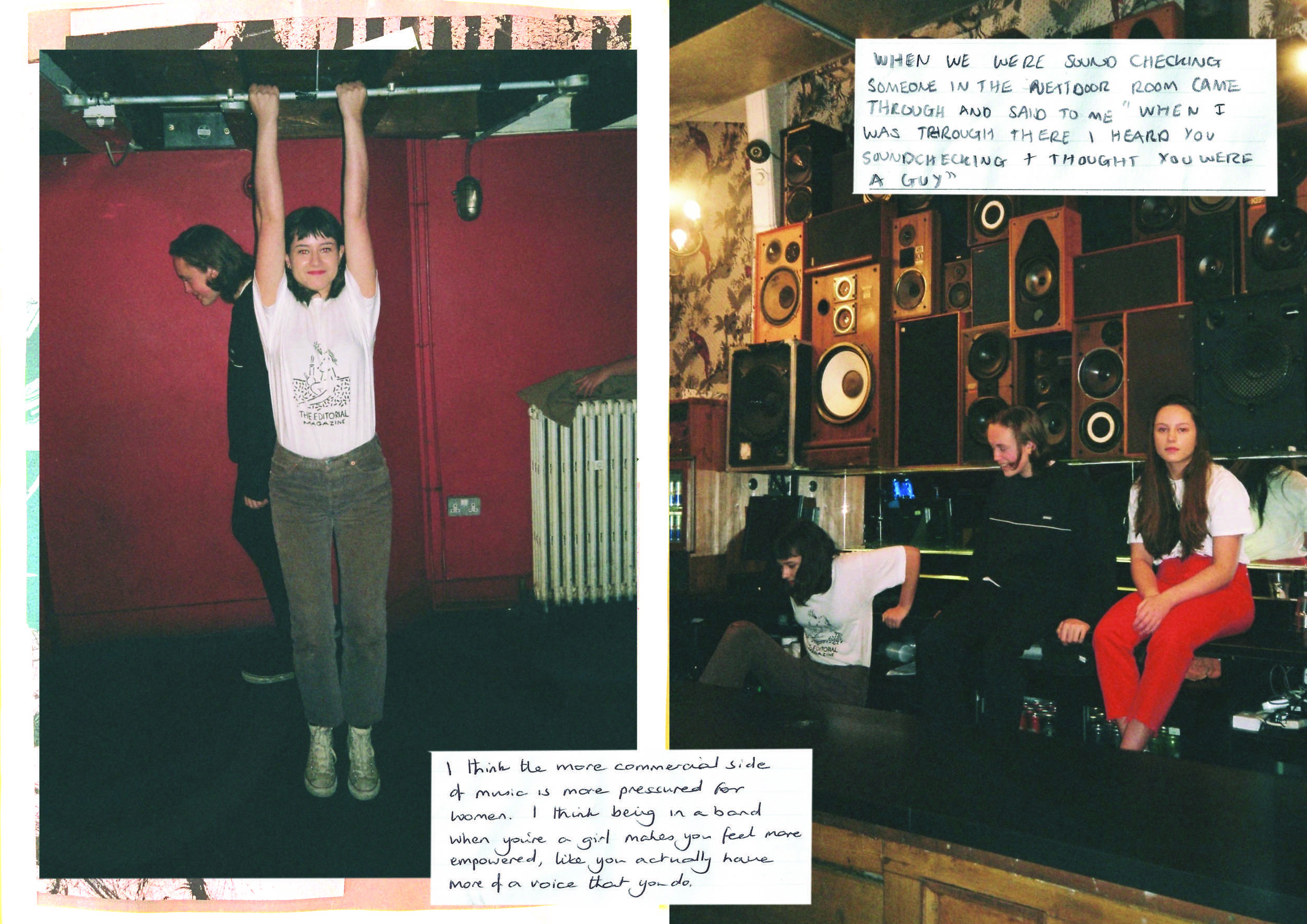 What are the most common challenges facing young girls today?
I think a big thing that these girls feel is that being a girl is a conflict because of this issue of how ‘we have never had it so good’, which makes it so confusing when we feel so bad. The unrelenting competition between girls, which causes jealousy, self-deprecation/loathing and bullying, is a key theme, as is the issue of sexualization.

Social media cannot only tell you you’re not good enough but also allows you to be someone else. It is almost abnormal for girls nowadays not to edit their photos in any way before uploading them to social media. Deleting them if they don’t get enough ‘likes’ is common as well. All this effort they put into how they present themselves, online and off, is to create a character that is not completely them; it is who they think people want them to be. 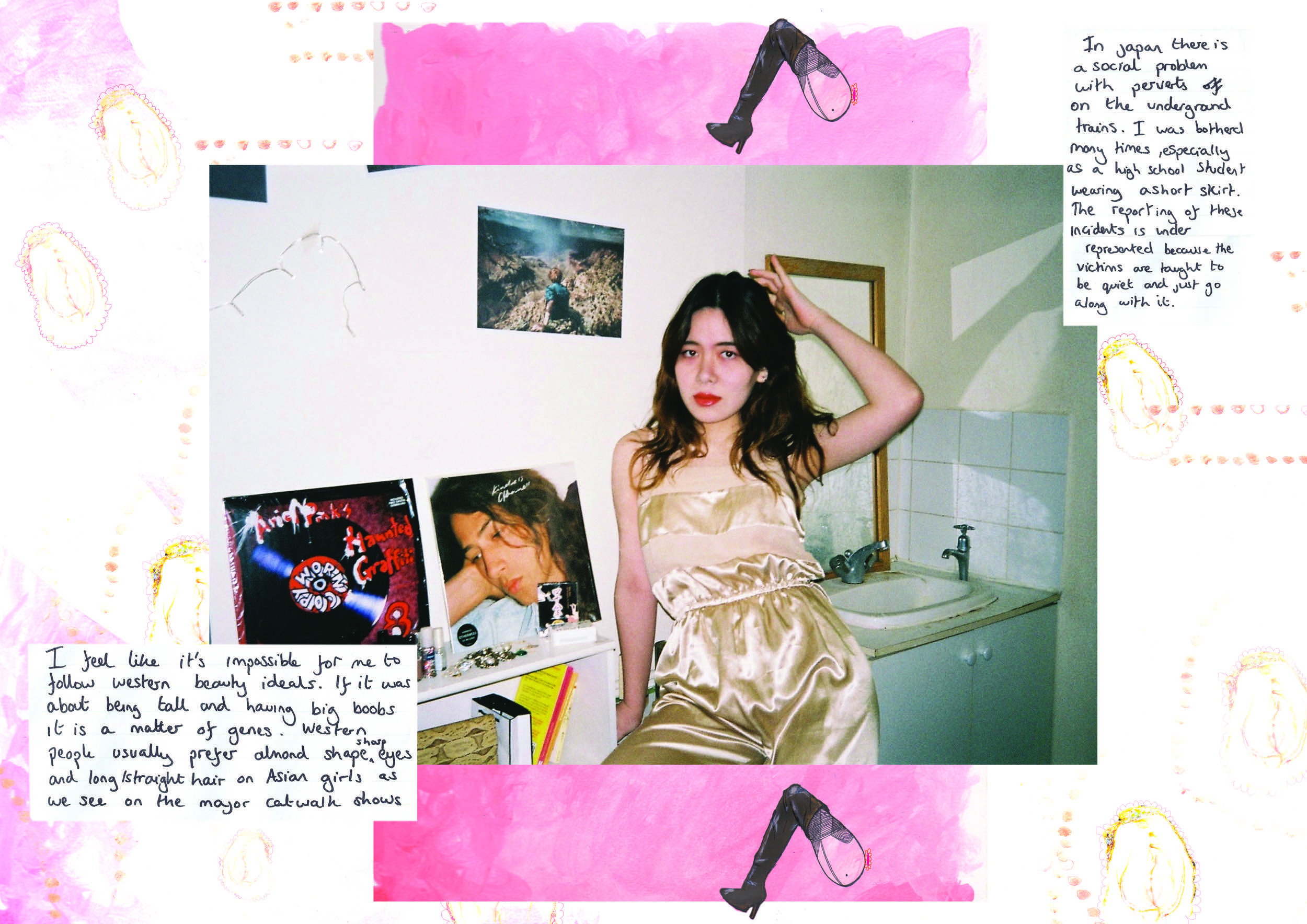 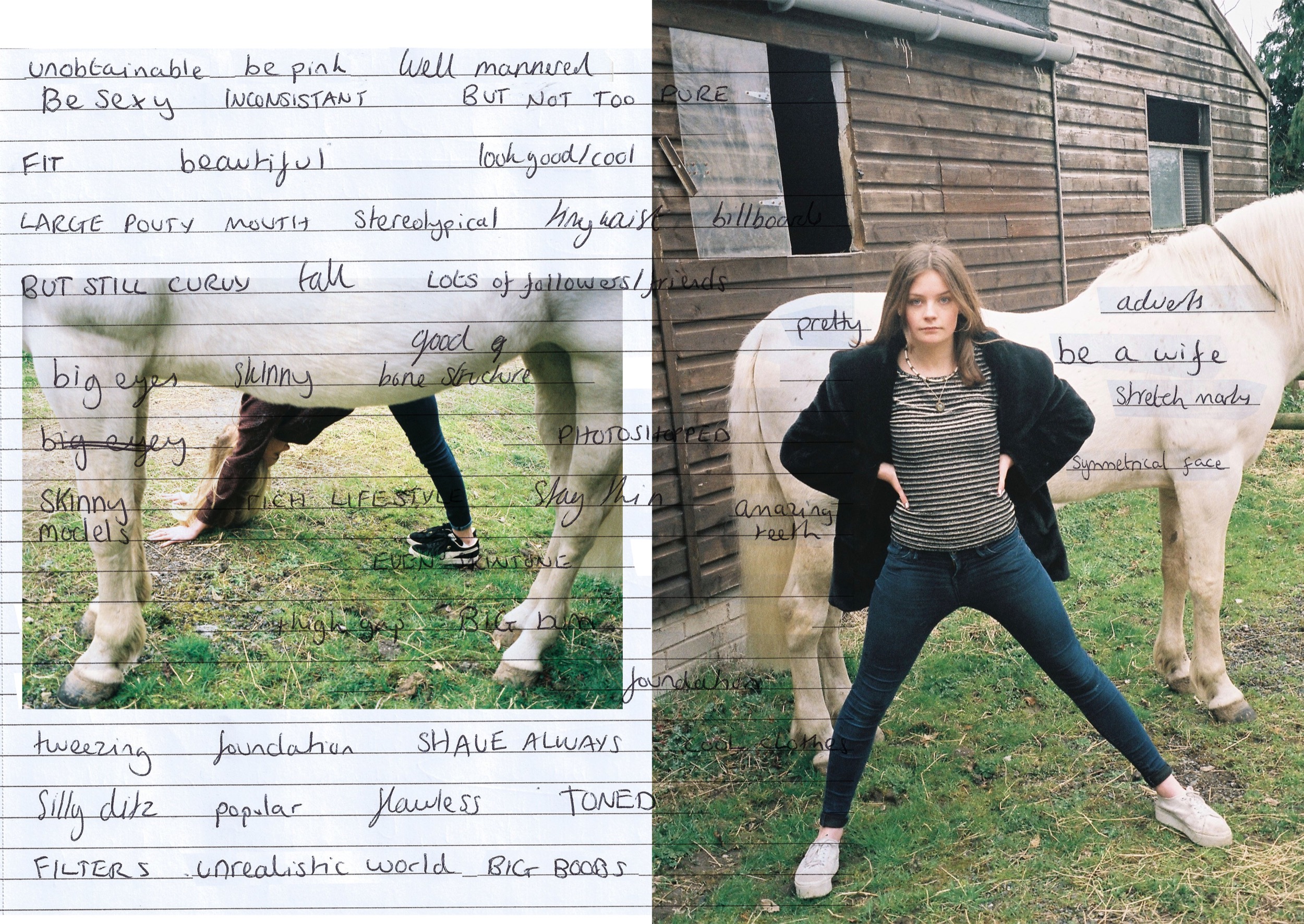 Do you think the issues girls are experiencing today are exacerbated by the internet?
Have there ever been as many ways for the message that you are not good enough, attractive enough, popular enough, rich enough, to reach young girls? In girlhood, insecurity has always been pretty much a guarantee but the objectification of women’s bodies, the explosion in imagery, the ways to alter your appearance and the profits being made have never been greater.  So much is expected of girls because of the belief that equality is basically achieved. You can now so easily become Instagram famous by being ‘cool and beautiful’ that it has become the aim of some girls’ lives.

Another difference is that kids are being to exposed to sex and sexuality so young. Sex related stuff is everywhere. It is impossible to ignore. Kids need to be taught about sex, all areas of it. The girls have said that Sex Education is not up to date. It stops too early, is hetero-normative and too factual and mechanical. They are getting so much information from things like YouTube and Tumblr, that what they are getting from PHSE is outdated and almost irrelevant. 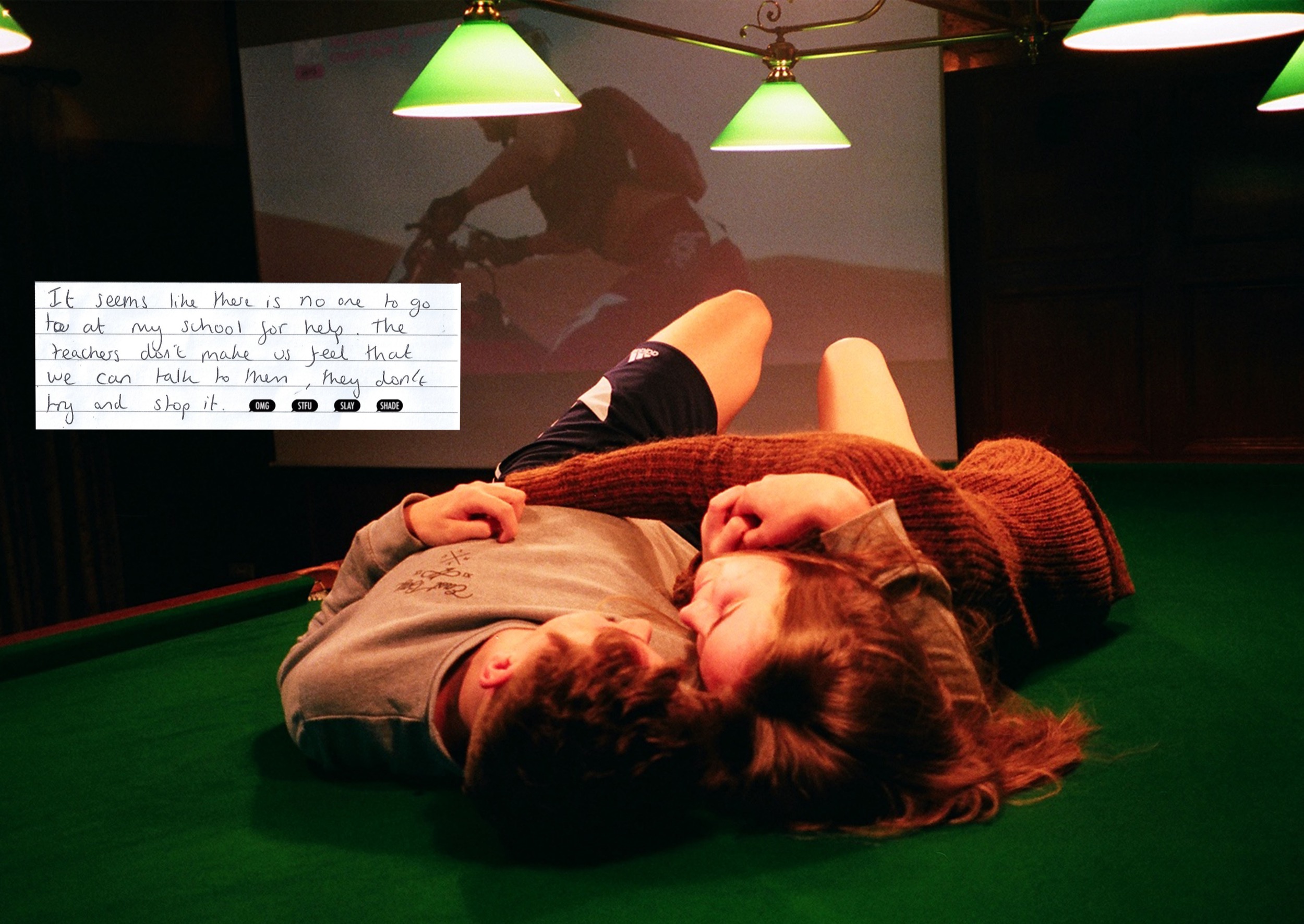 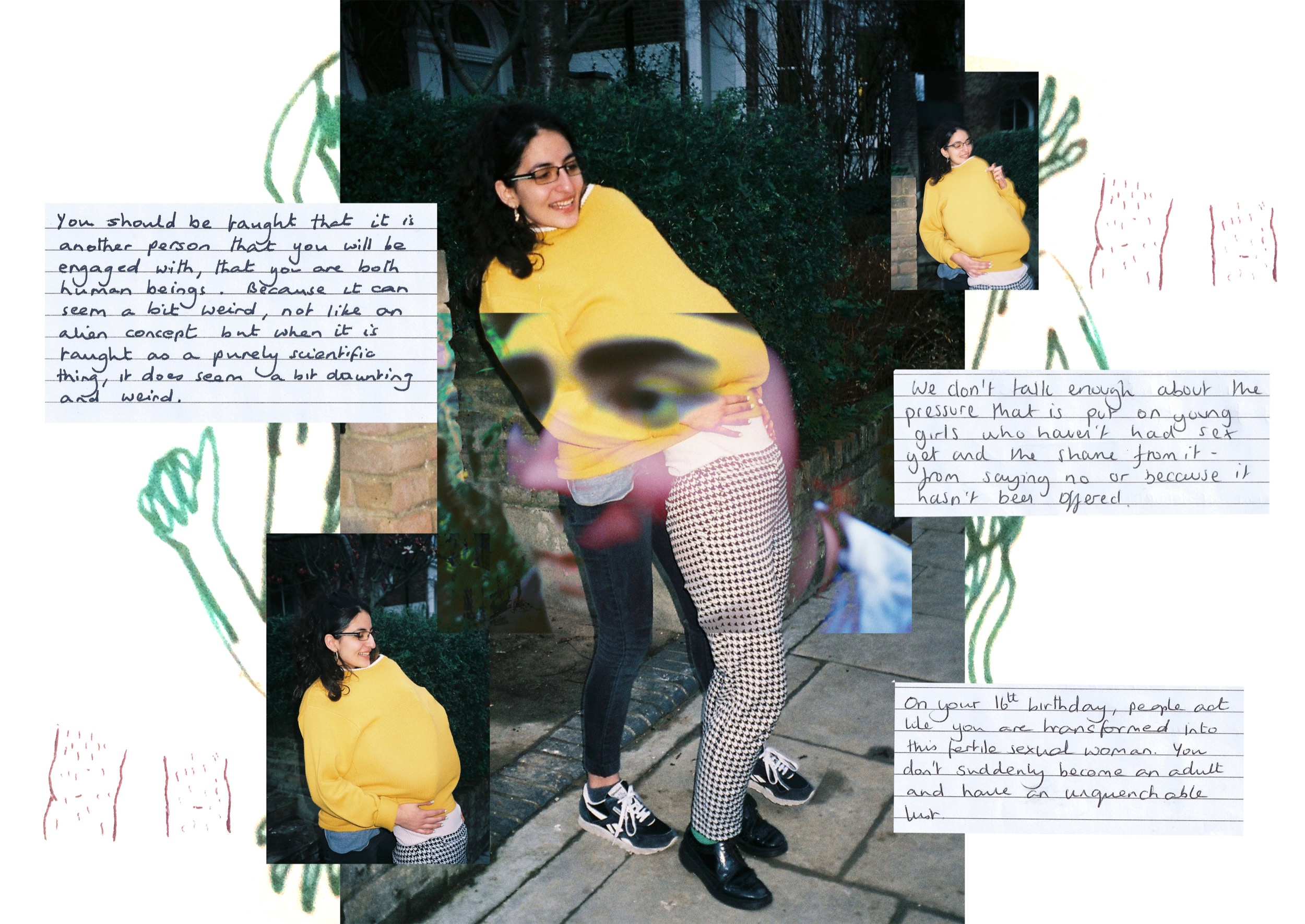 You have said that eating disorders have been normalised in young girls? Why do you think it is so common?
I would say that about 80% of the teens that I have talked to have experienced some sort of ‘disordered’ eating. Some have what you would consider an eating disorder, such as bulimia, but the issue we have now is that obsessions and control over your food has become one of the most normalised things. Things such as trying to not eat for as long as possible, using ‘thinspiration’ to bully yourself, not eating certain foods and food competition are just an everyday part of girls’ lives. The media are constantly promoting unhealthy relationships with food and celebrities are endorsing diets, food supplements and workouts that are the opposite of a healthy way to live. Even this whole ‘clean eating’ culture, which seems to be a good thing, is just a glorified eating disorder. 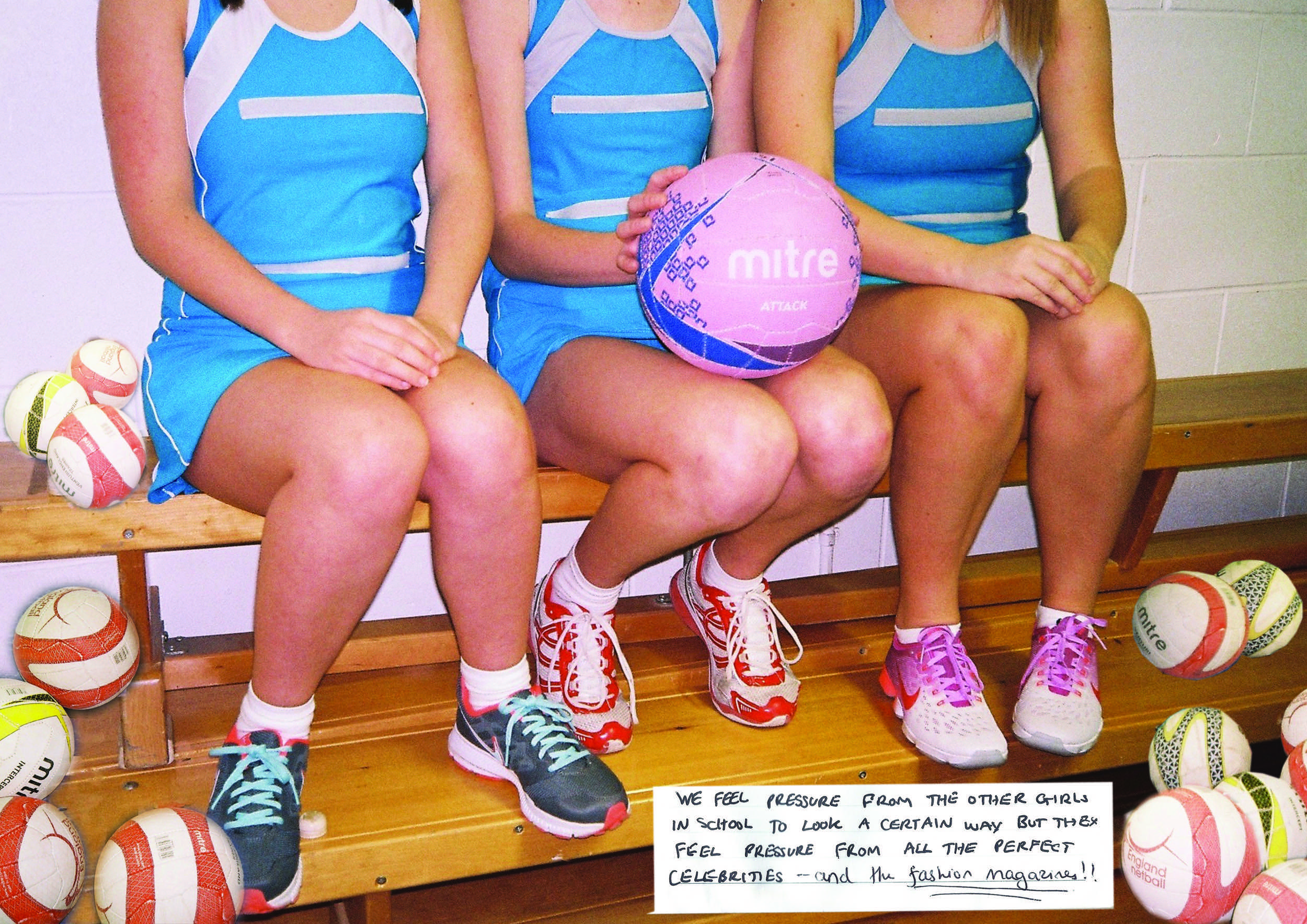 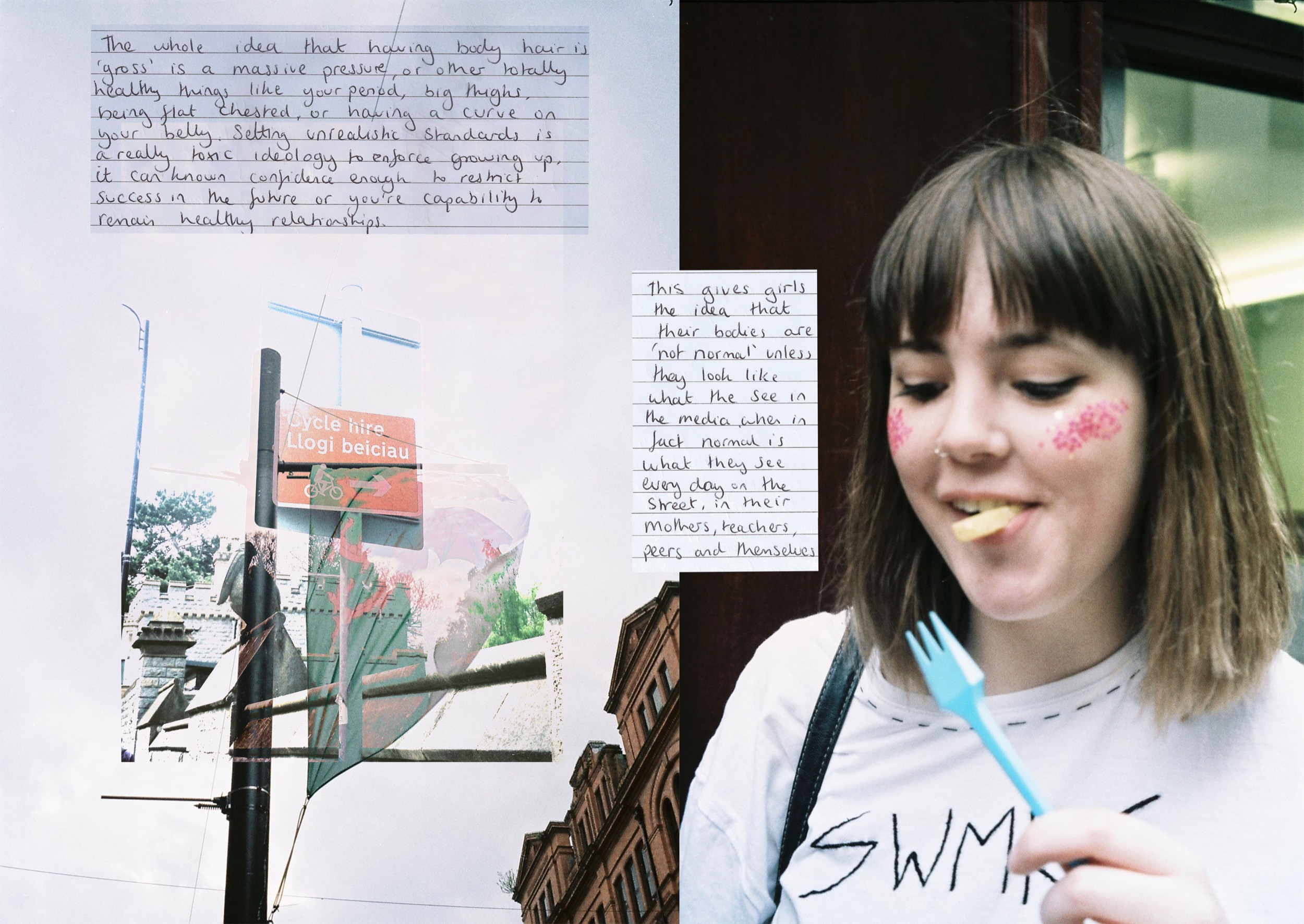 What do you hope TWSS will do for young girls?
The project aims to provide a platform for young girls and non binary teens to have their views heard and will hopefully help them to explore those views and develop the confidence and strength to take control of their own futures. I hope that many can be introduced to feminism in a positive way and the project can break these negative stereotypes around a ‘feminist’.

Anyone who has experienced girlhood has experienced some form of oppression but different groups experience it in different ways. I hope that I can encourage young girls and non binary teens to learn about each others’ issues such as LGBTQ+, GOC, class, bullying etc. I also hope that those responsible for the wellbeing of these teens will hear those voices and listen to what needs to be addressed.

At the moment, we are lying down and taking it because we are made to feel it is our fault but with exploration, we can read between the lines, regain our confidence and fight back.

Find our more about That’s What She Said.

Linkedin
RELATED ARTICLES
OTHER ARTICLES
After fleeing the war in Ukraine, people are finding it impossible to secure affordable and decent housing in the UK.
After building his reputation covering the US civil rights movement in the 1960s, the photographer went on to produce some of the most enduring images of the past century.
A group of aid workers face prison for helping to save people fleeing their homes at sea. If they are charged, it will have a chilling effect on humanitarian efforts.
The pro skateboarder withdrew from the 2020 Olympic Games so he could come out as trans. Now, he’s hoping to encourage others to live as their authentic selves – within the sport and beyond.
A new law change is enabling Britain’s donor-conceived children to know the truth about their origins – but campaigners say the fertility industry must do more to protect people.
The first-generation graffiti artist reflects on the tagging’s emergence as an art form and the players who pushed the medium forward.