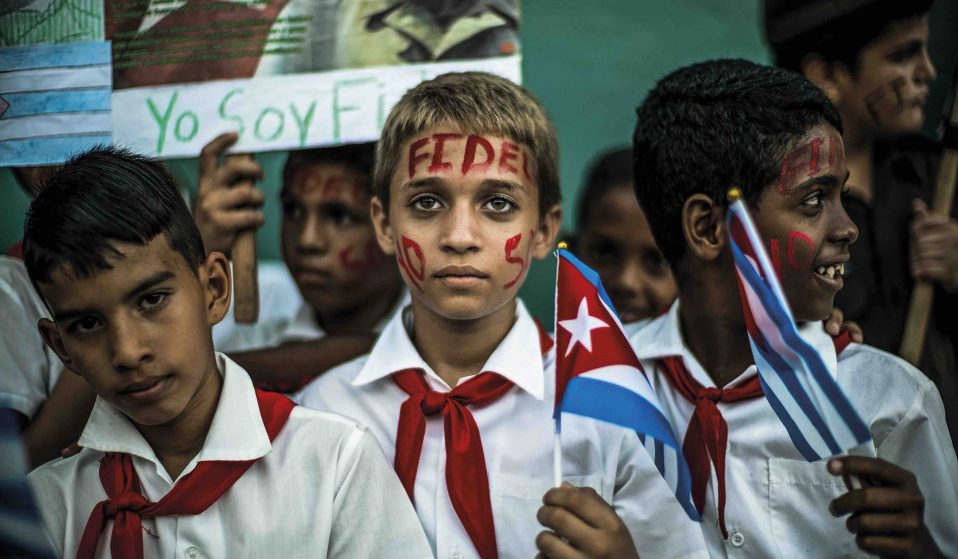 In 2016, as the nation mourned Castro, Michael Christopher Brown was granted access to the official funeral cortege, resulting in the journey of a lifetime.

In 2016, as the nation mourned Castro, photographer Michael Christopher Brown was granted access to the official funeral cortege, resulting in the journey of a lifetime.

Michael Christopher Brown had been working in Cuba for two years when news broke of Fidel Castro’s death. At the time, though, he was on holiday in Trinidad.

For Brown, a photographer who had been documenting the country since 2014, it was clear that he had to act quickly. There was no time to waste.

“I had been in Cuba for a couple of years, following a group of young people into the electronic music scene,” he says. “All along, I was following politics in the country and, in the spring of 2016, when Fidel gave his farewell at the 7th party congress in Havana, many sensed his death might be impending.”

“But [when it happened], it felt as if a giant asteroid had just hit the earth. There was a tremendous urgency I felt to get outside and begin photographing, to see how the country would react.” 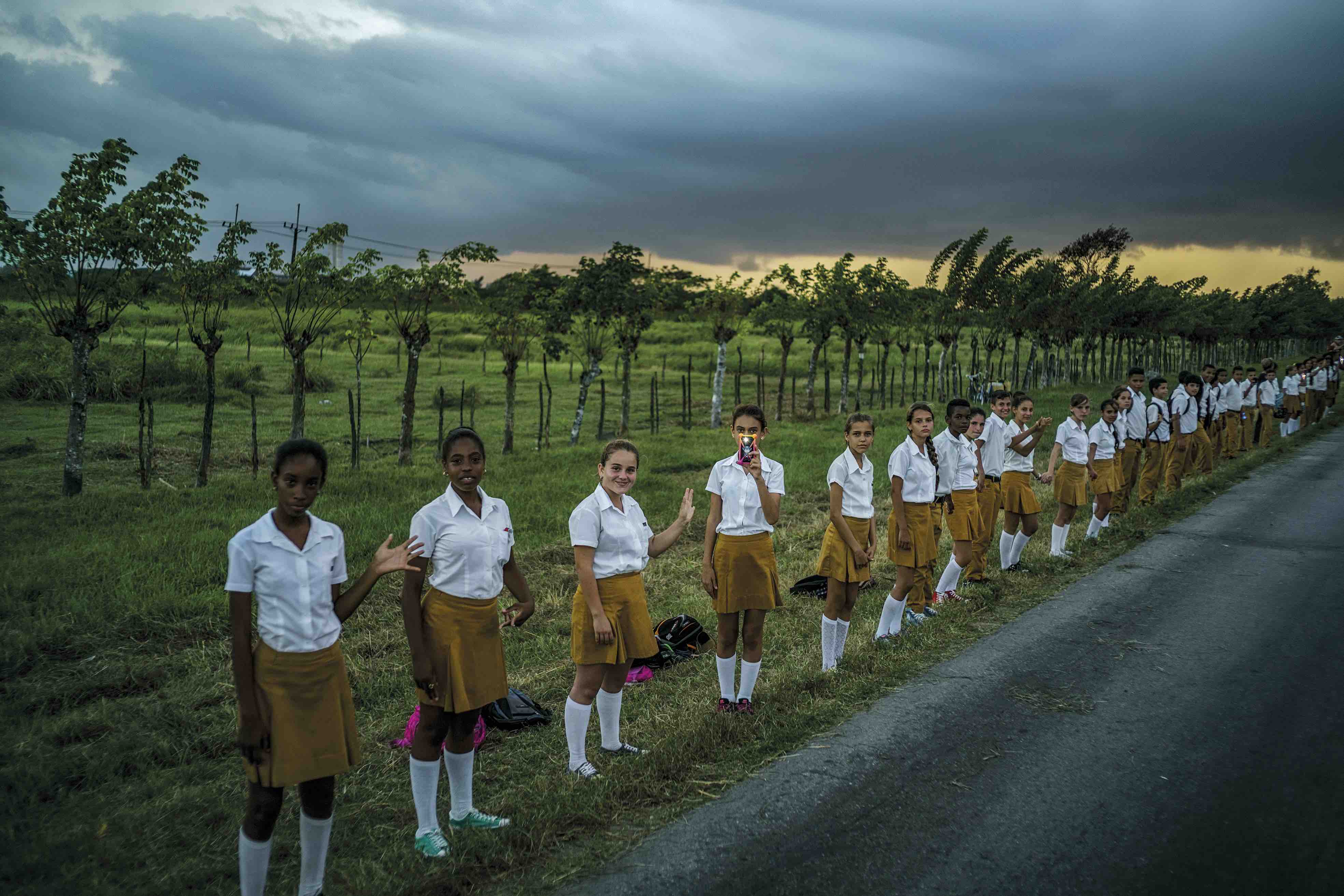 After swiftly returning to Havana, he was able to use pre-existing government contacts to obtain a press pass. Then, with help from the young people he’d been photographing in his previous project, he was soon hooked up with a vehicle and a Cuban driver – a former trucker, who knew the roads as well as anyone in the country.

Together, they taped handmade ‘Press’ signs to the inside of the car’s windows and set off trying to join Castro’s cross-country funeral cortege, as the entire country lined out to pay tribute to the former president. Eventually, in province of Matanzas, they were were given permission to enter the official procession.

The photographs taken during that time come together to form Yo Soy Fidel, a new book – published by Damiani, and featuring a foreword from Martin Parr – that illustrates of Brown’s epic journey. Taken as he and the cortege made their way from province to province, the images depict a breathtaking road trip across a country in mourning. 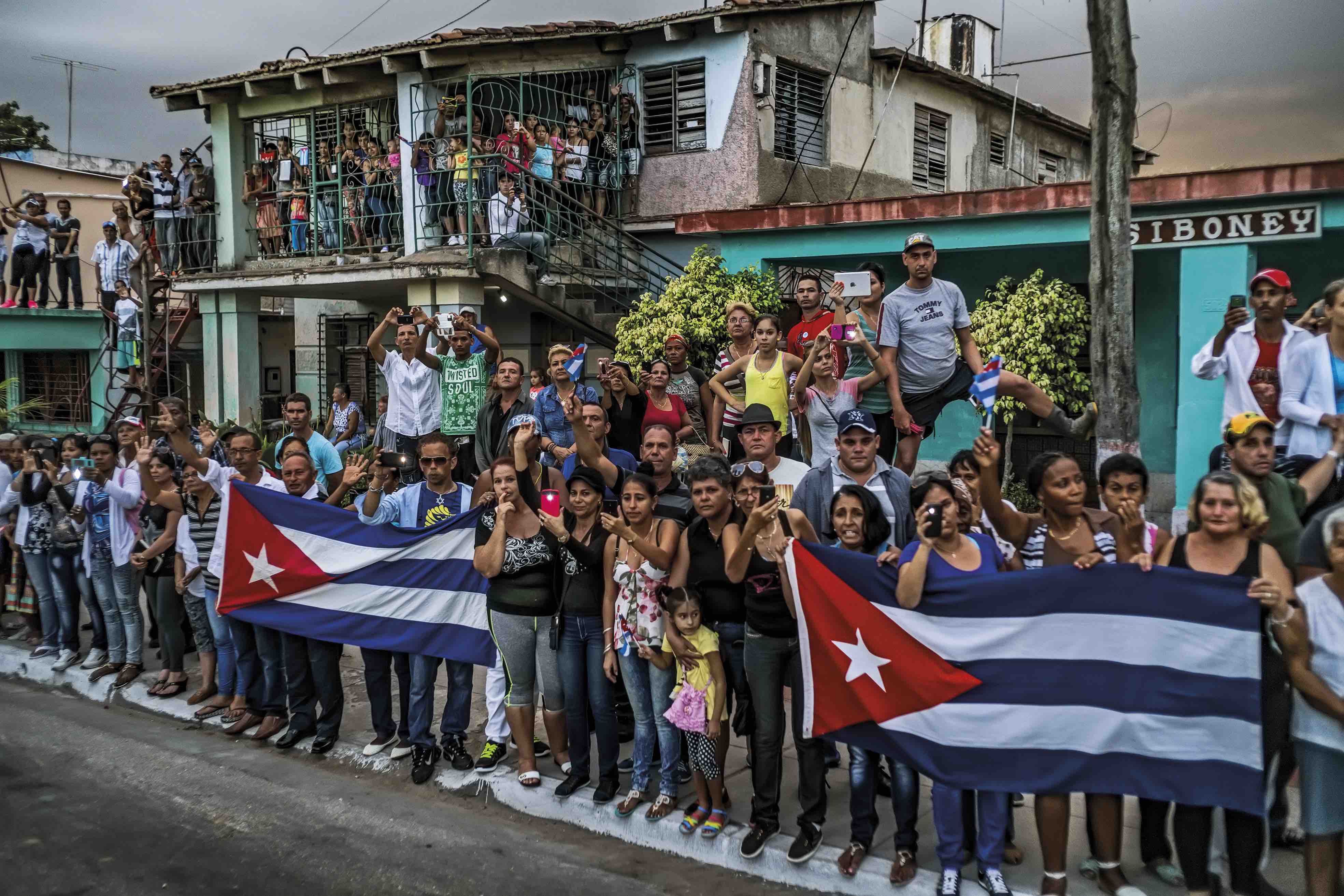 Sometimes he would follow behind, capturing the reaction as the procession travelled through, already on its way to the next destination. Others, he would drive in front, photographing the collective anticipation from the crowds of onlookers. It was a journey of unprecedented access, depicting a monumental period in Cuba’s history.

“What has actually stuck with me is the video footage I have from entering the city of Sancti Spiritus, viewable on my website. We were in front of the Caravan and drove alone through a city of 130,000 people, and it seemed everyone was on the street waiting for the caravan.”

“There was cheering occasionally from people who thought we were the first arrivals of the Caravan, but most of the five-minute trip through the centre of the city, the people were silent. At some point along our journey that week, the driver said, ‘These people must think you are the most important photographer in the world, to be out in front of the caravan, in front of Fidel!’” 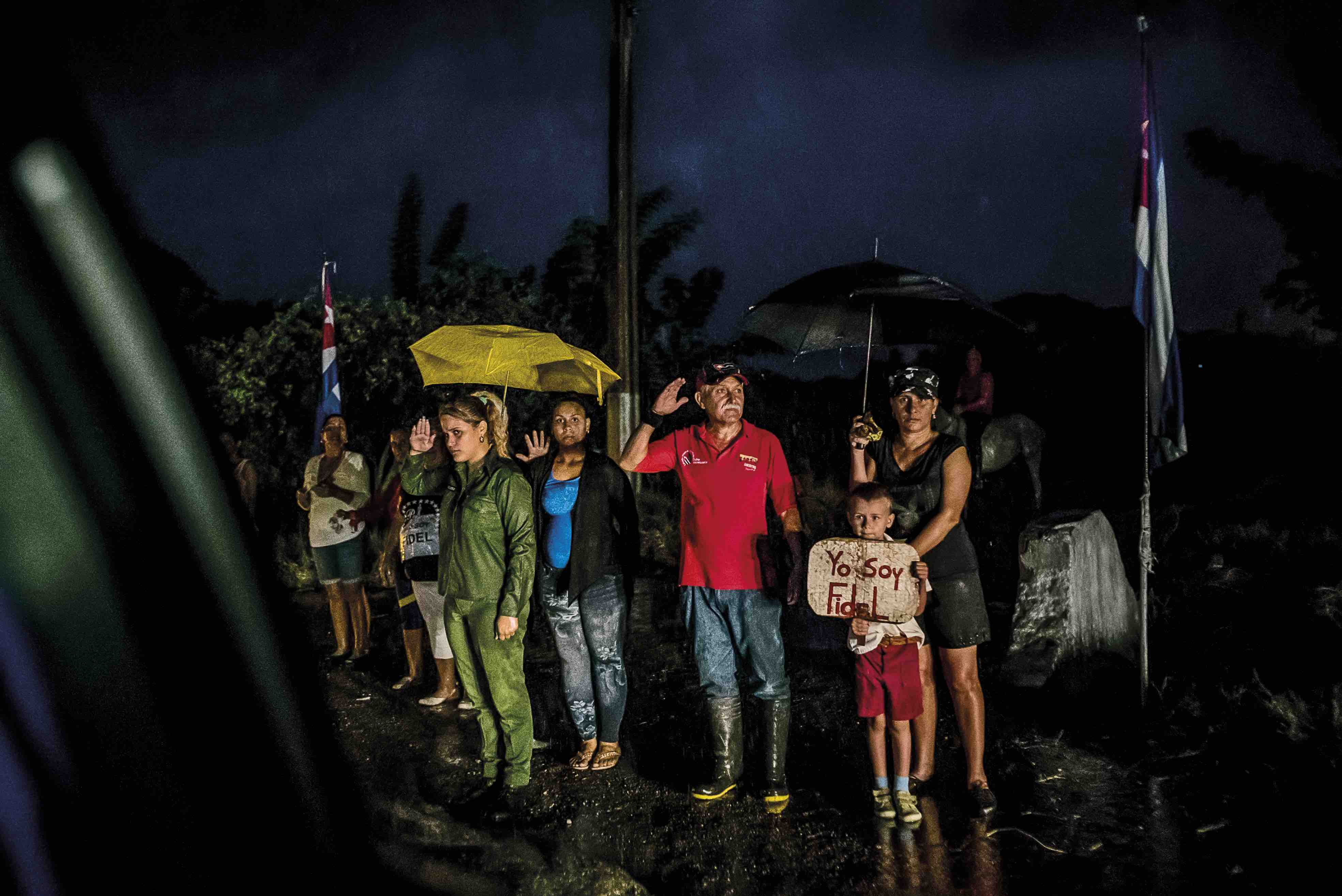 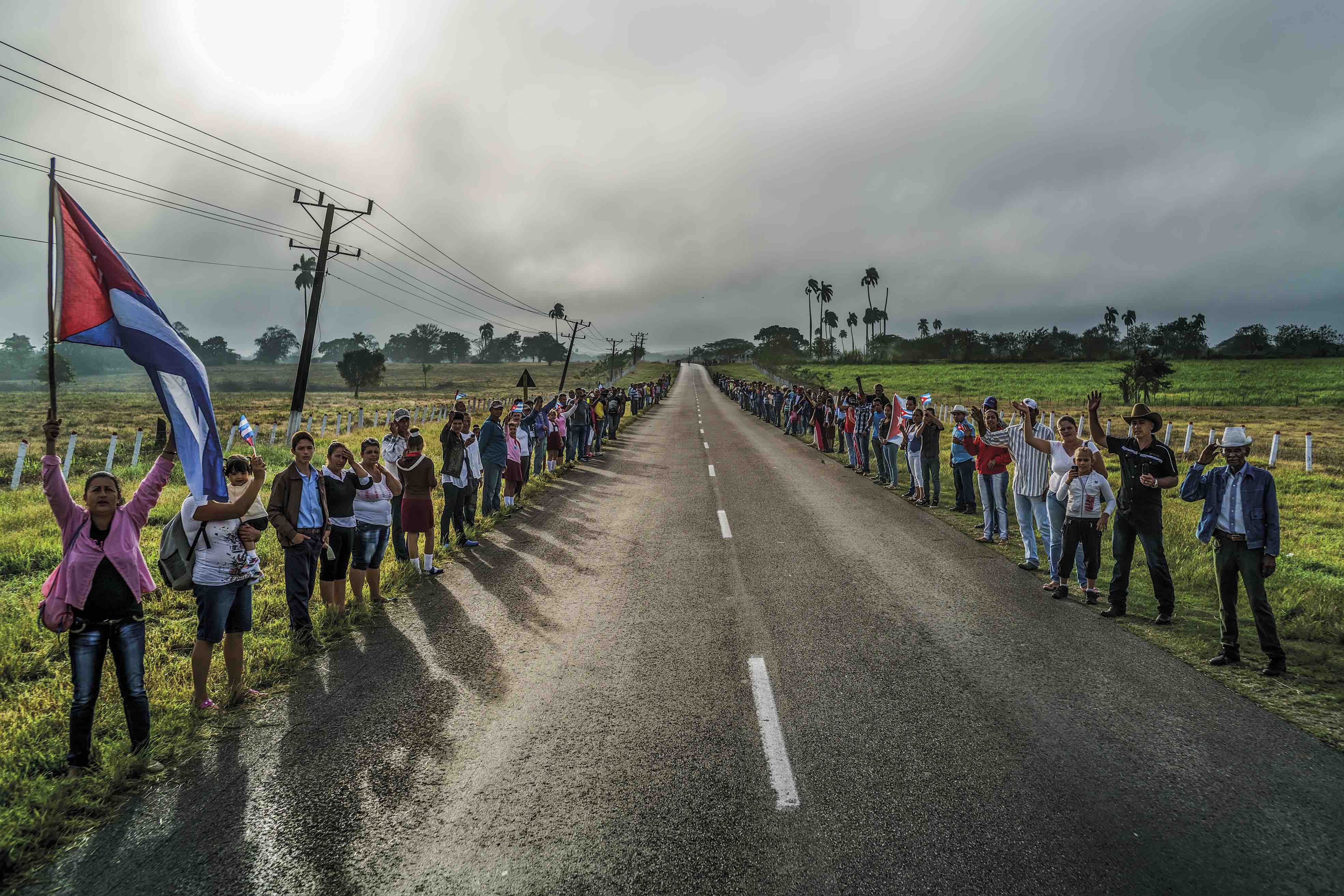 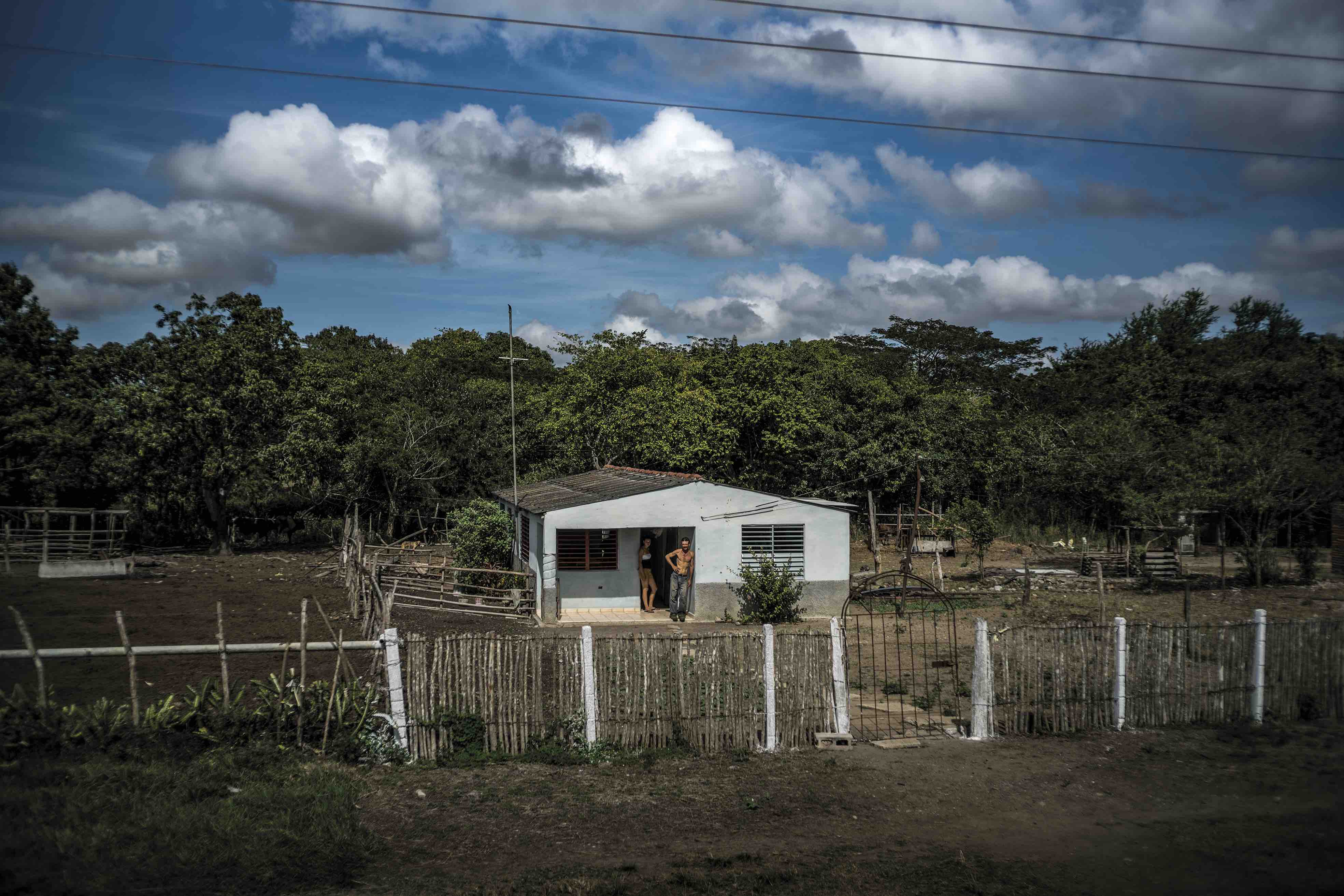 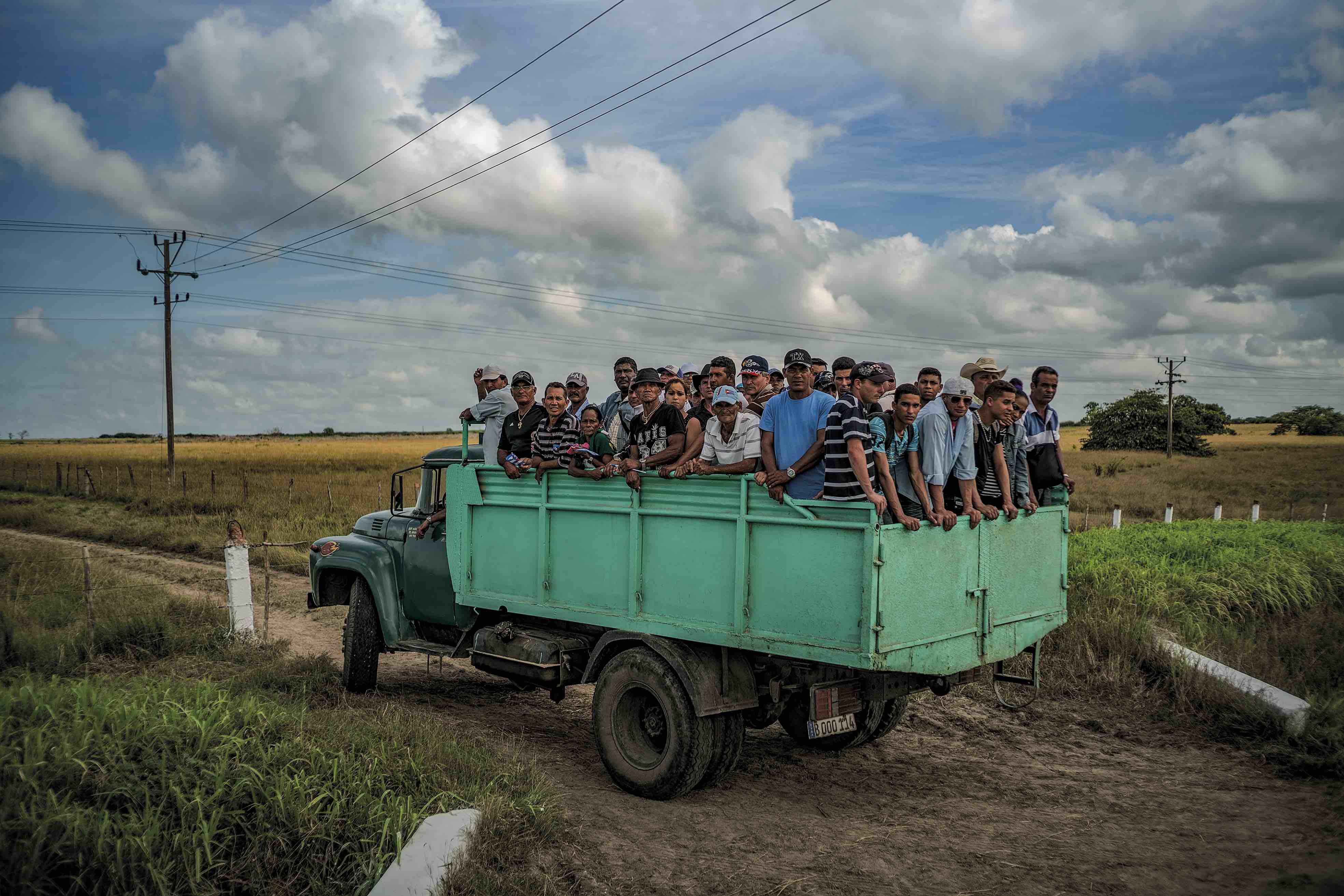 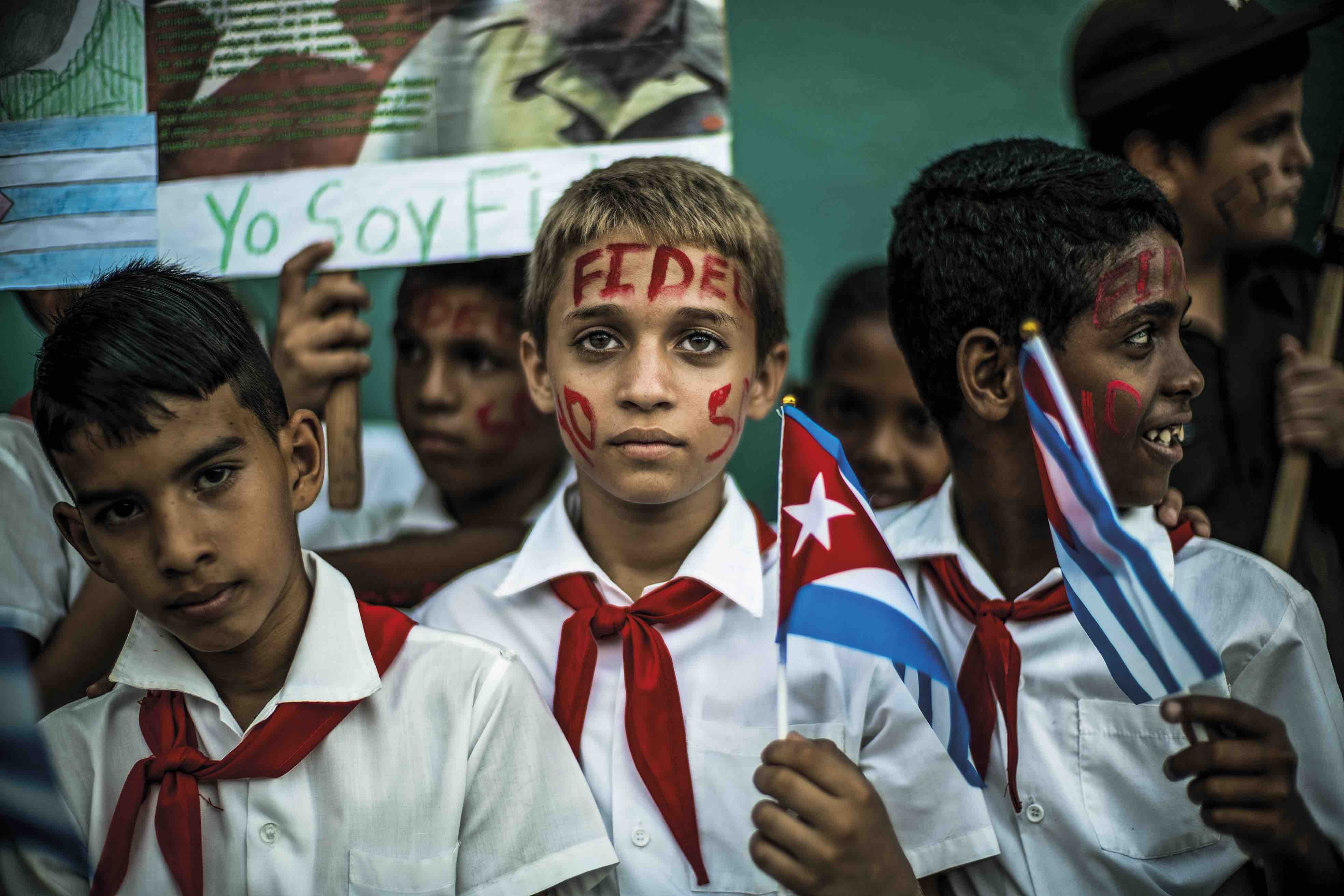 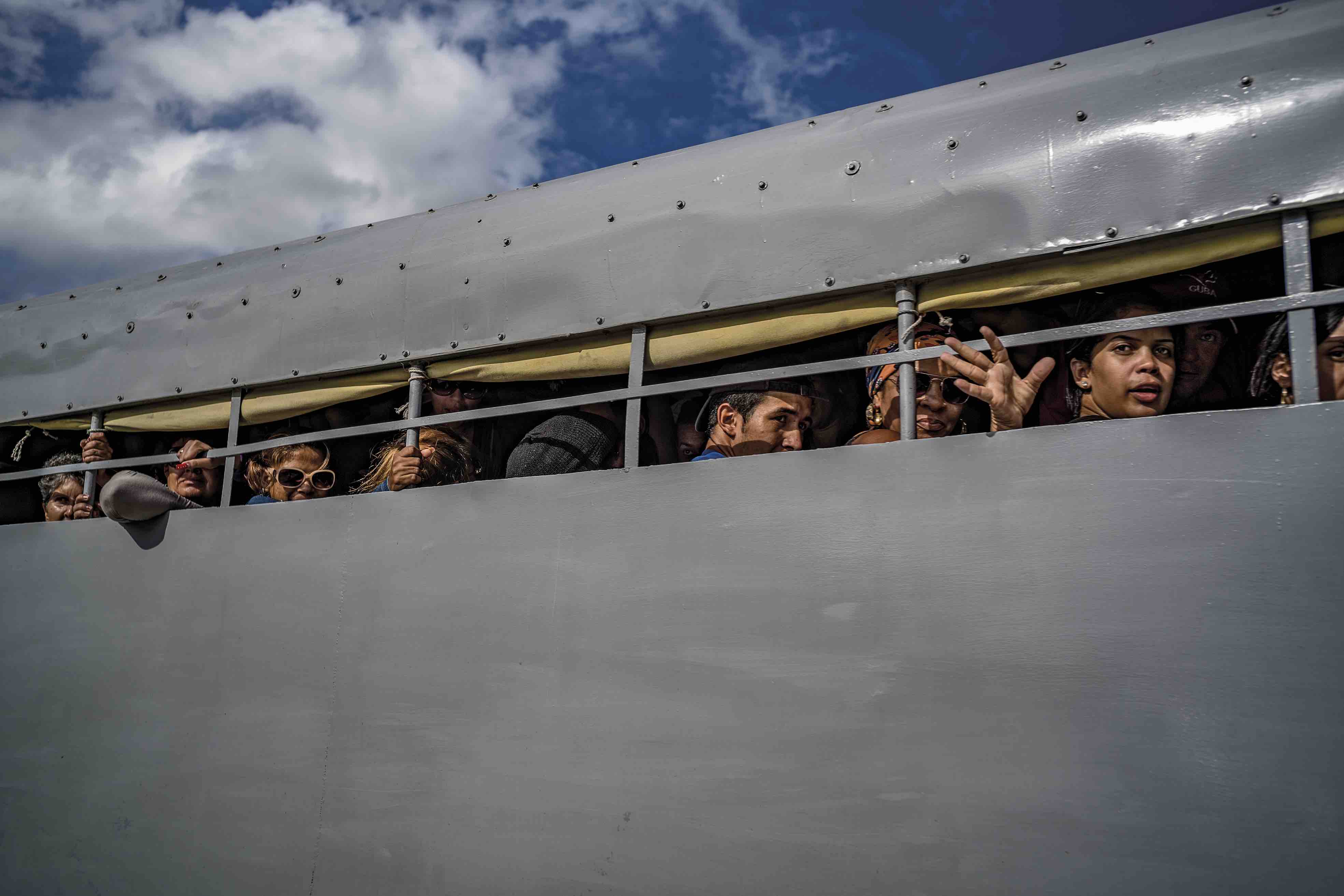 Yo Soy Fidel is available now from Damiani.

Linkedin
RELATED ARTICLES
OTHER ARTICLES
Photographer Arthur Grace recalls travelling through the Soviet Bloc and finding ways to evade the surveillance of his work.
Over a dozen Stop Deportation activists locked themselves to each other outside a detention centre to prevent coaches taking those due to be on the Rwanda deportation flight from leaving.
Proposals to introduce a minimum GCSE threshold for student loans will disproportionately affect those from marginalised backgrounds.
On the fifth anniversary of the tower fire, around 18,000 joined the walk to remember the 72 dead and to demand justice.
Photographer David Hoffman recalls documenting the extreme wealth inequality around Tower Hamlets and Hackney int the 1980s.
In the latest instalment of Photographers in Conversation, the chronicler of raves, protests and beyond explains why he’s drawn to such specifically visceral environments.