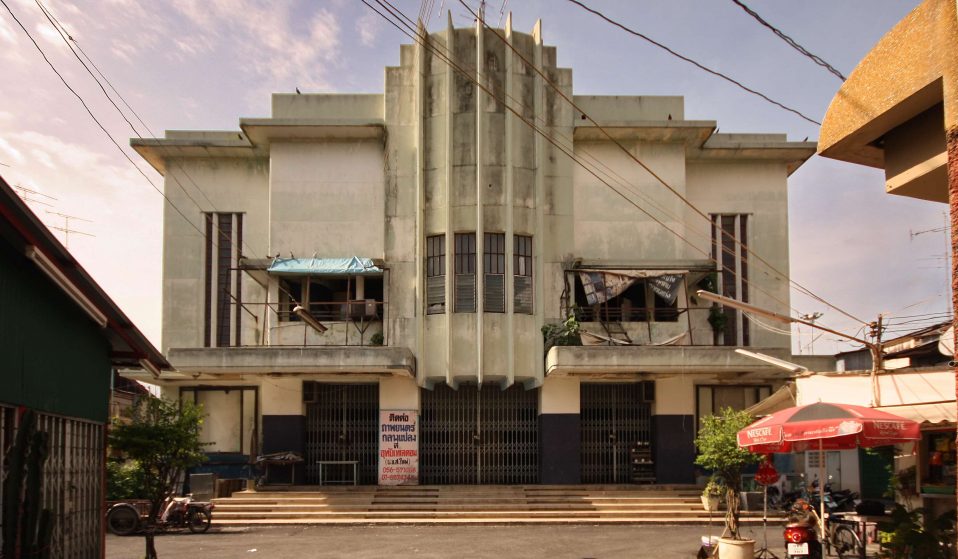 Between the ’60s and ’80s, Thailand was given millions of US dollars to help fight communism. The result was dozens of Hollywood-inspired movie theatres, which are now facing demolition.

Between the ’60s and ’80s, Thailand was given millions of US dollars to help fight communism. The result was dozens of Hollywood-inspired movie theatres, which are now facing demolition.

In November of 2007, Phil Jablon took a wrong turn that landed him right in front of Tippanetr, one of Thailand’s last standalone movie theatres. He was taken aback by the Chiang Mai building’s architectural charm. Despite its ageing and rusty facade, it had far more character than any modern Thai theatre he had seen – the majority of which are tucked away inside malls.

A few months later, Jablon was crushed to find only rubble where the Tippanetr movie theatre once stood. It triggered memories of the lost movie theatres of his childhood in Philadelphia, which similarly vanished by the time he reached adulthood. He decided then that he would photograph all of Thailand’s remaining standalone theatres before they too had their dates with the wrecking ball of progress.

Jablon spent the next decade travelling to virtually every Thai province and district in search of the country’s once loved and now forgotten theatres. He compiled the fruits of his labour into a book, Thailand’s Movie Theatres: Relics, Ruins and the Romance of Escape, which was published at the end of last year.

The photographer shot the theatres just before they were demolished, monumentalising buildings which would have otherwise been lost. Of the several dozen standalone theatres in operation when Jablon started in 2008, only three remain. 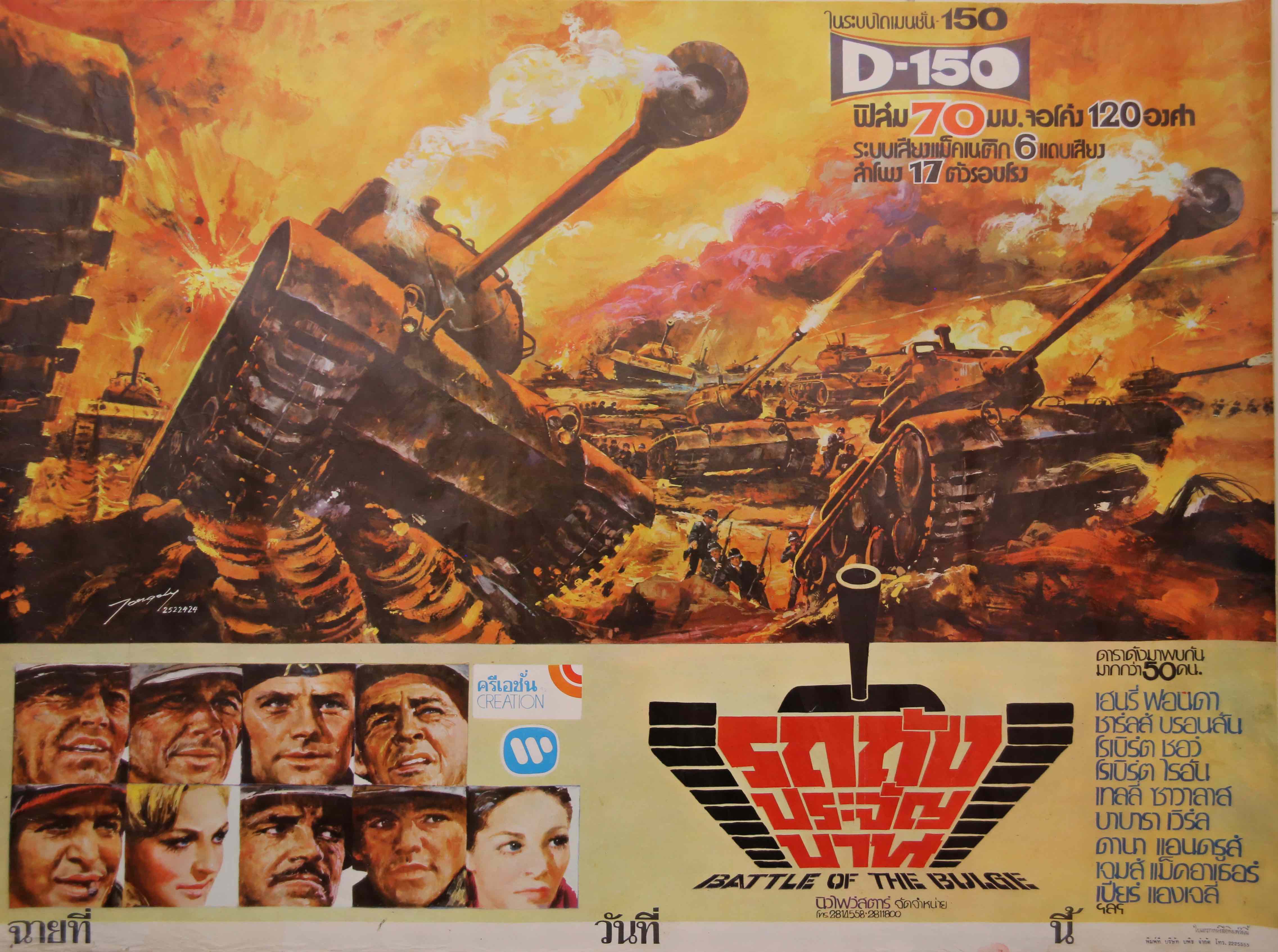 Battle Of The Bulge

“Architecturally, Thai movie theatres have a language of their own,” Jablon says, adding that many of the whimsical buildings were constructed during a “boom” period between the ’60s and ’80s, when the US was giving Thailand millions of dollars in military and developmental aid to help make it a bulwark against communism.

“A lot of that found its way into commercial development of all kinds, including movie theatres,” he continues. Theatre owners used neon lights and elaborate signage in inventive ways to help distinguish their theatres from the rest. The closed circuit of reference (Thai movie theatre design referencing Thai movie theatre design) sparked what Jablon calls a “self-perpetuating case of architectural evolution.”

Photographing the derelict and dreamy palaces was only part of a project, which sought to illuminate the integral role that movie theatres played in Thai society in the 20th century. “I would say that at a certain time in Thailand, the movie theatre was really the epicentre of popular and commercial culture,” says Jablon.

Theatres were more than just places for screenings. They were community centres, where a variety of events like beauty pageants, talent shows and musical performances took place. Jablon says that in Thailand, the movie theatre “was ground zero for globalisation, where people adopted the trends that became a part of everyday life.” 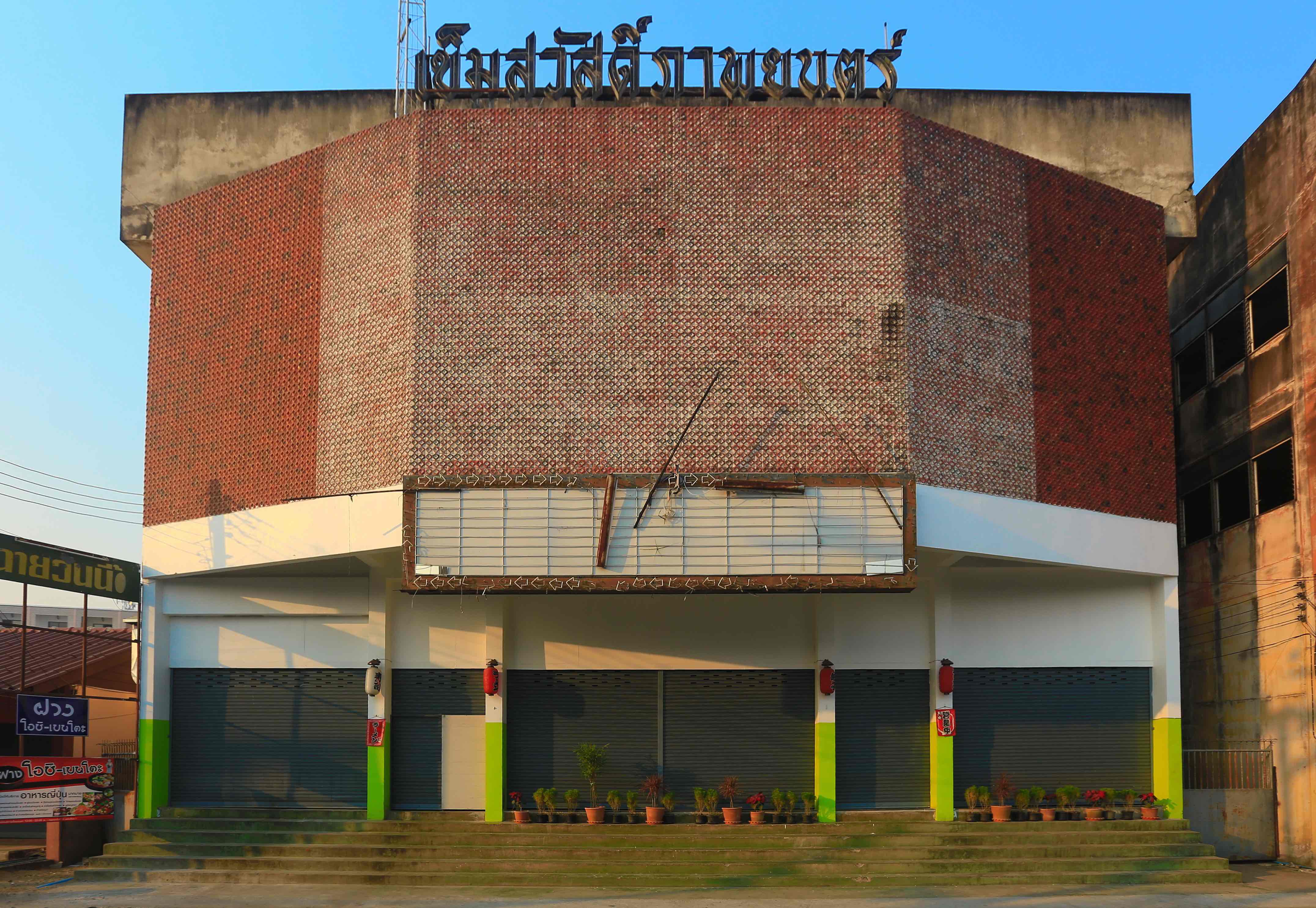 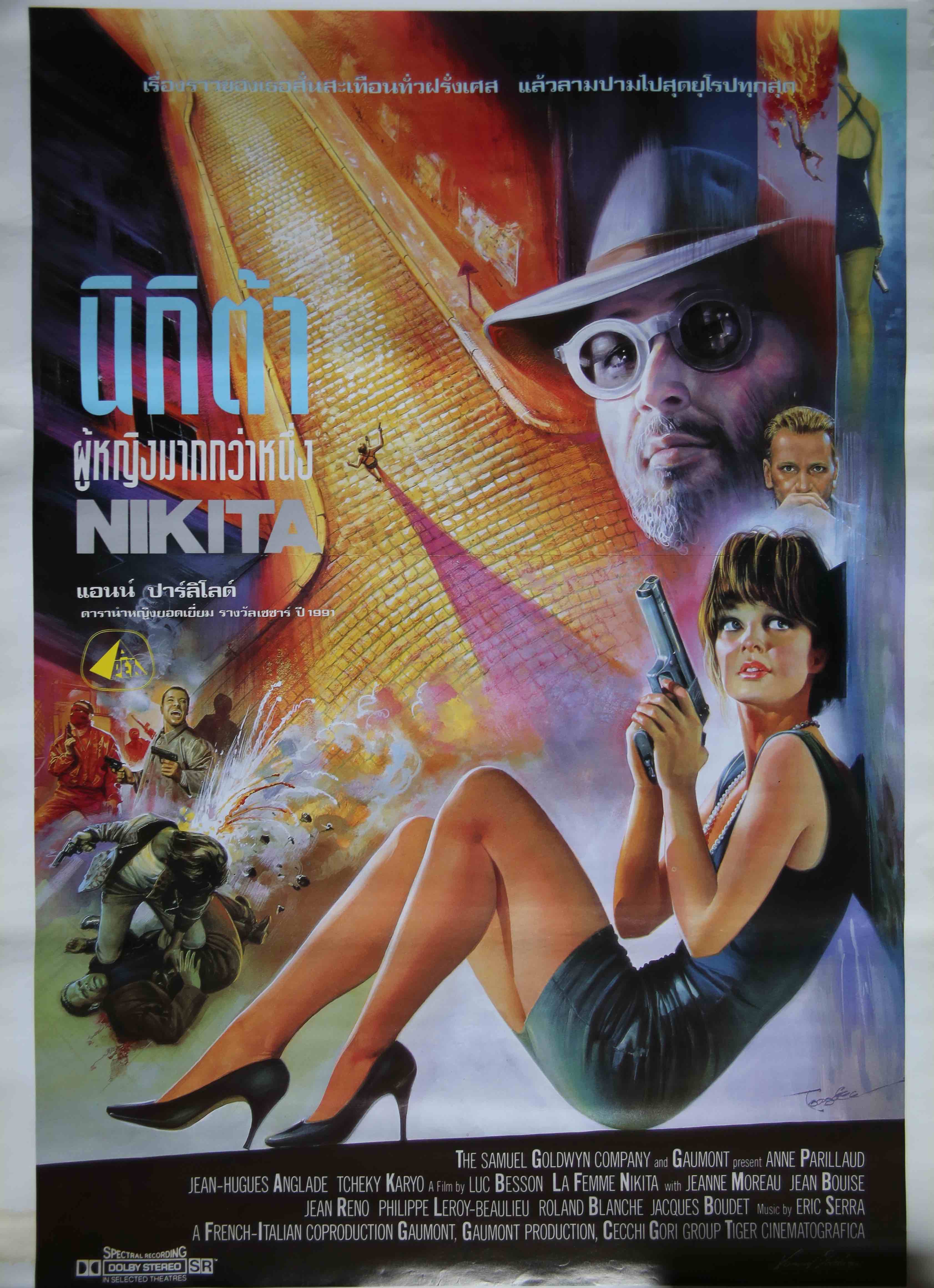 Documenting the country’s necropolis of movie theatres was no small feat. Jablon travelled long hours to the country’s corners and was often turned away by uncooperative theatre owners. He adds that, as many of the theatres went out of business long before the launch of the internet, there was often no trace of them online: “This information wasn’t recorded anywhere, it’s only in the memories of people who worked in the industry in some capacity or another.”

Jablon managed to track down old projectionists and poster painters. Their stories, which feature in the book, illuminate life in a wildly different time, when moviegoers would break links of their gold bracelets to purchase tickets and when queues became riotous crowds.

Thailand’s Movie Theatres proves, indeed, a romantic foil to the sterile mall theatres that now dominate the country (and the rest of the world). And more importantly, it’s a lasting look into a fleeting world – where cinema and the viewing experience – were held to a different, higher standard. Fortunately the book, unlike the country’s picturesque theatres, has no expiration date. 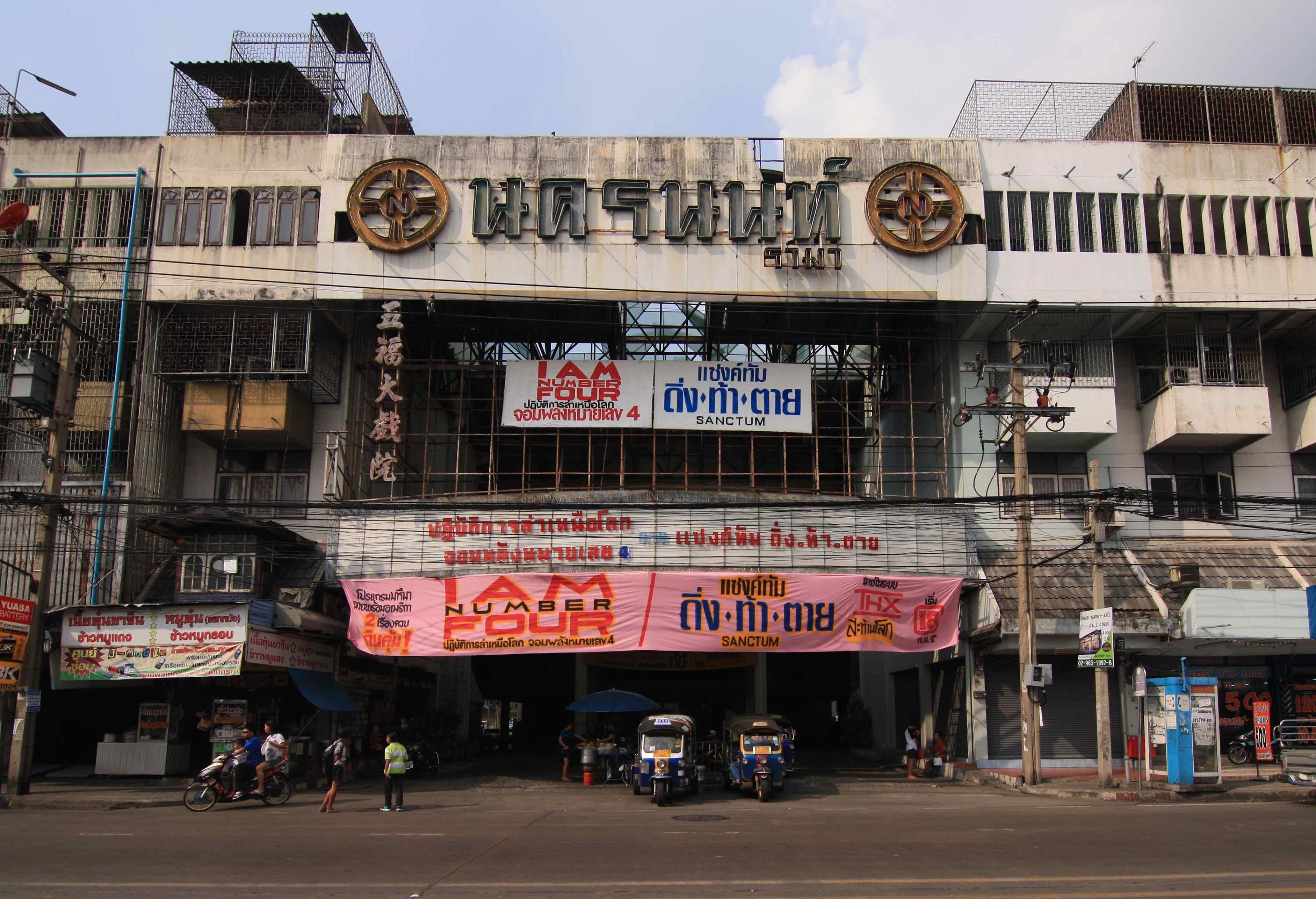 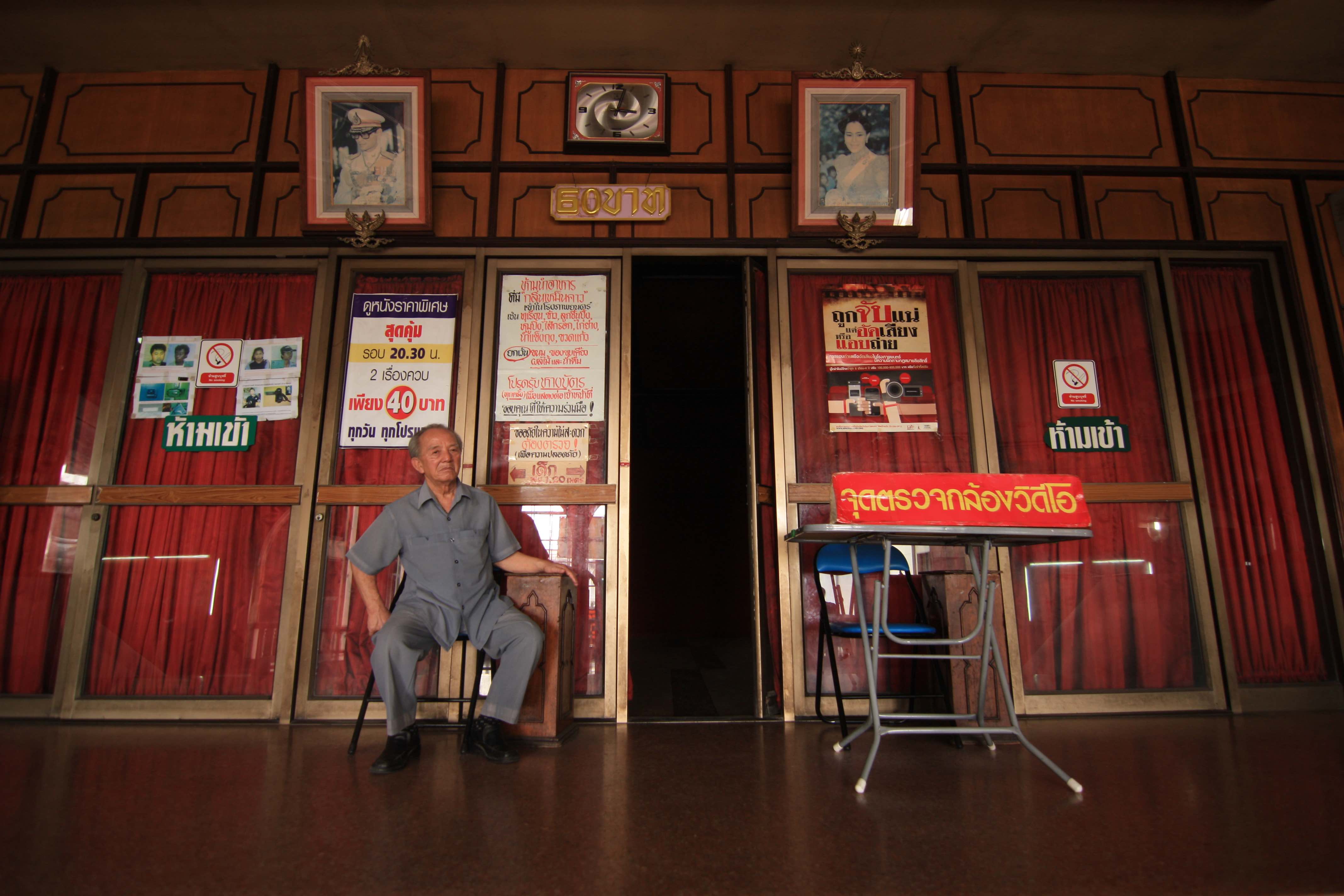 The ticket taker at the Nakorn Non Rama c. 2012. One of the last double feature theatres in Thailand. It closed in 2015 and has been demolished. 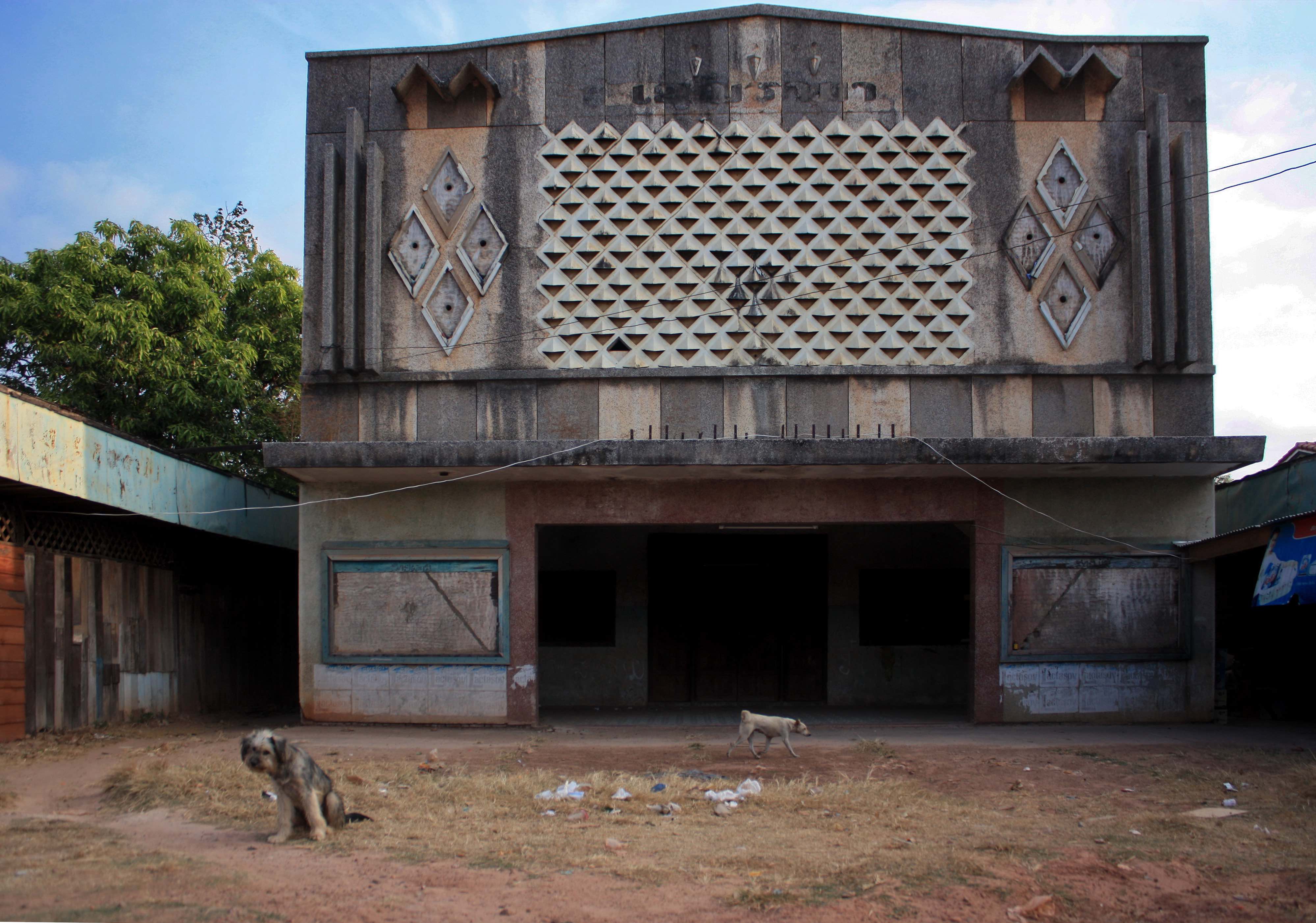 Seno Rama Theatre. Seno Township, Savannakhet Province, Laos. The theatre was built in 1972 at the height of the Laotian civil war.

Thailand’s Movie Theaters: Relics, Ruins and the Romance of Escape is out now on River Books.

Linkedin
RELATED ARTICLES
OTHER ARTICLES
A new series of photos by Johny Pitts shines a light on communities and subcultures that have all too often been overlooked.
Photographer Bud Glick recounts documenting everyday life in the area, and what it taught him about the Chinese immigrant experience.
The government’s brutal crackdown on NGOs has left victims of rape without anywhere to seek help. And now, as the country plays a key role is Russia’s war, things are only getting worse.
Yesterday, rail workers came together to protest poor pay, working conditions and job cuts in their latest round of strikes.
A series of photos by the late Jerry Dantzic taken in 1957 show a tender side to the iconic Jazz musician.
After rewriting the indie rulebook with her devastating songs about romantic longing, the singer-songwriter is now imagining a future in which the artist is no longer a product.