Art & Culture / In Pictures: What ‘Techies’ Really Look Like… 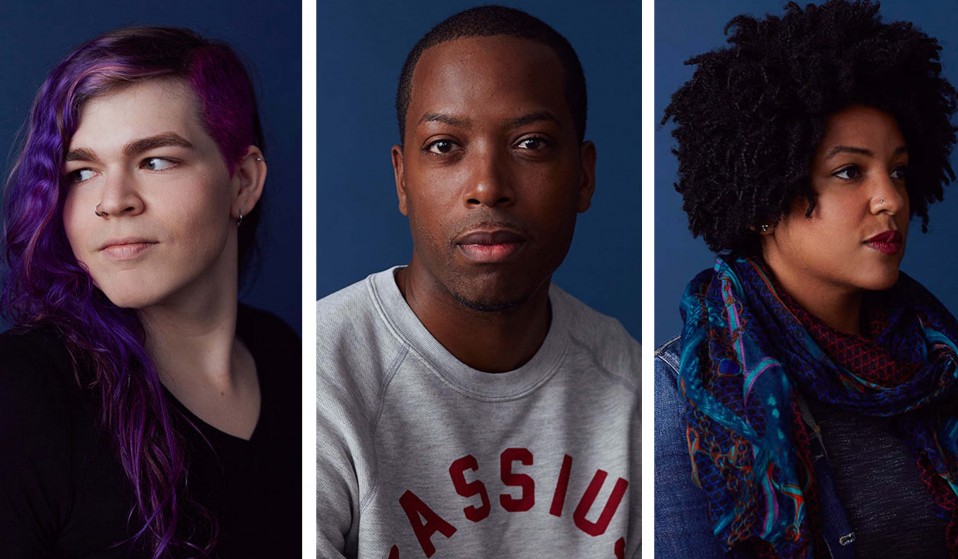 Photographer Helena Price showcases the under-represented faces and stories behind the tech world.

As part of a groundbreaking portrait series, photographer Helena Price showcases the under-represented faces and stories of the tech world.

Photographer Helena Price is challenging stereotypes by shining a light on underrepresented minorities in Silicon Valley.

Techies is a project comprising 100 portraits of – and conversations with – the diverse group of employees that make up the tech world, including women, people of colour, LGBT people, working parents, the disabled and employees over the age of fifty. 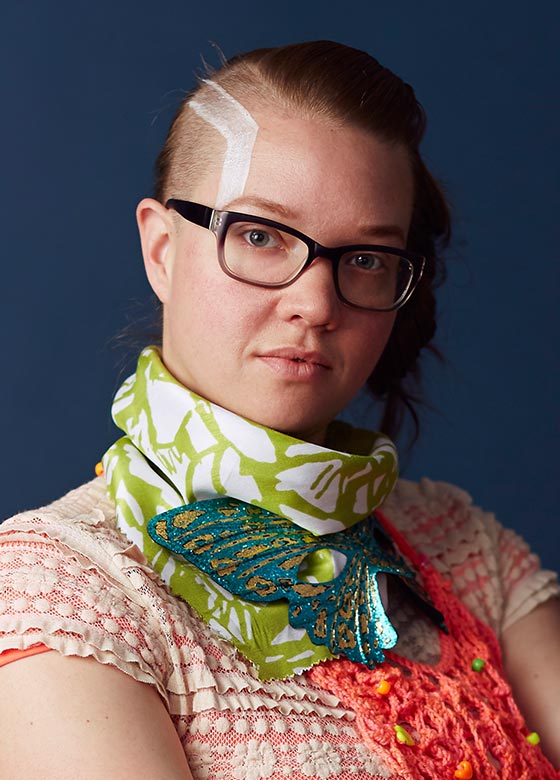 Emily Eifler: “I’m 30, female and disabled from a brain injury caused by gas poisoning when I was 10…”

After putting out a call for submissions, 500 people responded in just two weeks. Helena wanted the portraits to capture the personality of the person, conducting interviews with subjects to “get a deep sense of who they are as people” so she’d know when she captured it accurately in the photograph. 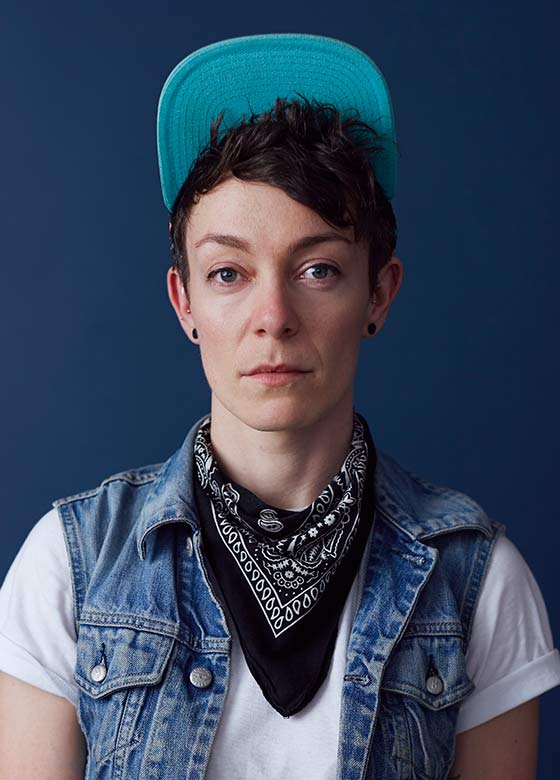 Rachel Miller: “I’m a queer programmer with a big heart. I grew up in Virginia and studied real hard, worked my way through a little grad school in Boston, and finally found my home in SF.”

While it’s hard to find support for diversity initiatives – “A lot of companies and people passed on it,” says Helena – the project was ultimately sponsored in by Facebook, Medium and UENO. But since the launch of Techies, some participants have already received job offers from several companies.

“The people in this project are amazing,” says Helena. “They’re great at their jobs and have worked their butts off to get where they are, so they deserve it.” 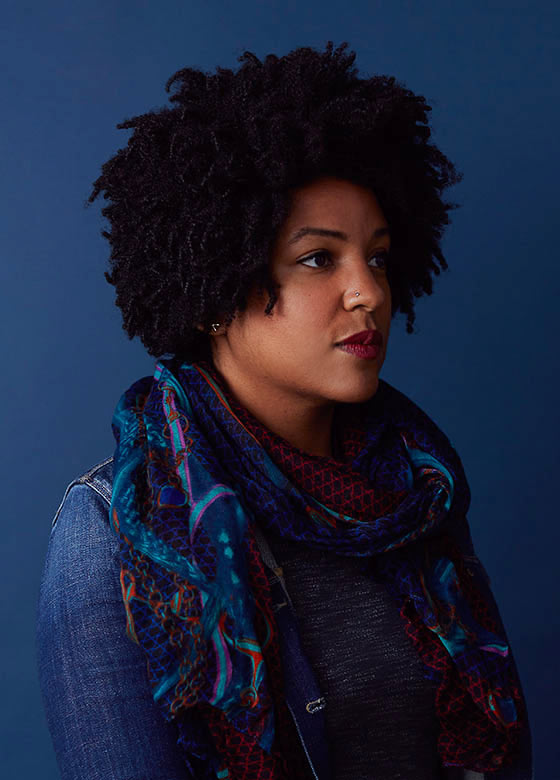 Cassidy Blackwell: “I’ve been able to bring a lot more of myself to my work. I’m really lucky and fortunate that I get to do that. I know a lot of people don’t, and make money the number one motivator.”

You recently spoke about recognising your own privilege in the tech world and wanting to use your position for something good. Could you describe the journey behind that?

I think one way I’m able to recognise a lot of my privilege, outside of just being a white woman, is that I haven’t always had it to this degree. Just eight years ago, I was living on less than $10,000 a year working as a bartender and paying my way through college.

I moved to San Francisco with $40 and the entire time I worked in tech, I was super broke with no financial safety net. Just in the last couple of years I have built a business up to where I can take the time off to do a project like this, and it makes sense to me to use the privilege I have now to do work that starts important discourse and helps others in the industry 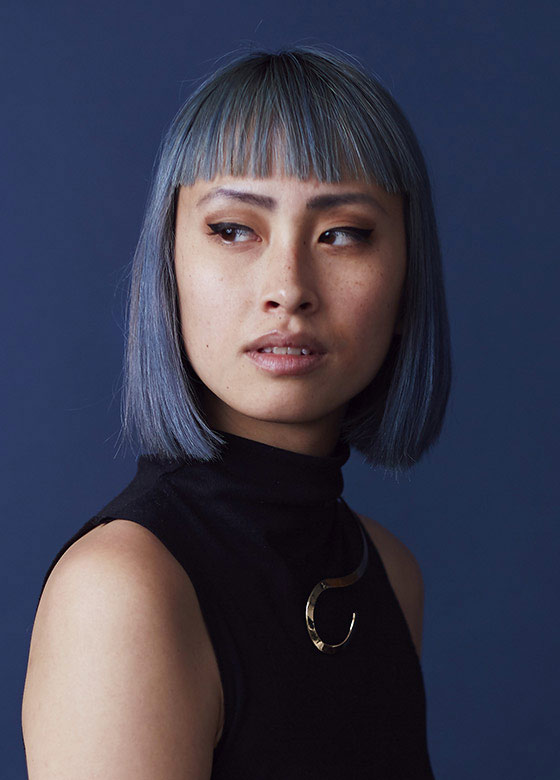 Jeany Ngo: “I’m a 25 year old, blue haired, Vietnamese American from San Jose who was abruptly misplaced in Texas when she was 16.”

How do you think other people in Silicon Valley could acknowledge their own privilege?

I think it’s hard for a lot of people. We all want to think that our success is 100 per cent due to our own hard work, intelligence and qualifications. We like to think that the world is a meritocracy and we’ve earned every bit of what we have, when in reality there are greater systems at work that help a lot of us get to where we are. The first step is acknowledging that – and that is hard. 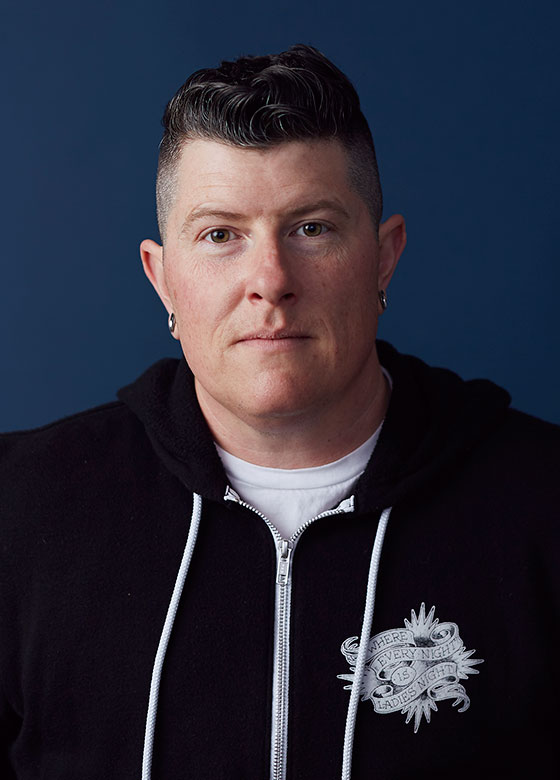 Lukas Blakk: “I’m a Canadian queer artist/activist who went back to school at 30 to study software development…”

Does the support you’ve gained from Medium and Facebook suggest that companies are takings steps to tackle the issue of diversity?

I think all companies want to tackle their diversity issues, but that usually means they simply post their diversity numbers, pat themselves on the back and call it a day. While there’s no roadmap to solving the issues, [I think] standing behind diversity projects and making the conversation more mainstream is a great starting point.

What are the biggest misconceptions about minority members of the tech community?

In general, I think the biggest misconception is that there aren’t many talented minorities in tech. In reality, they are all over – they’re probably working at your company – but you aren’t paying attention to them, or you have assumed they aren’t exceptional, when in reality many have worked harder than most people can fathom to get there. 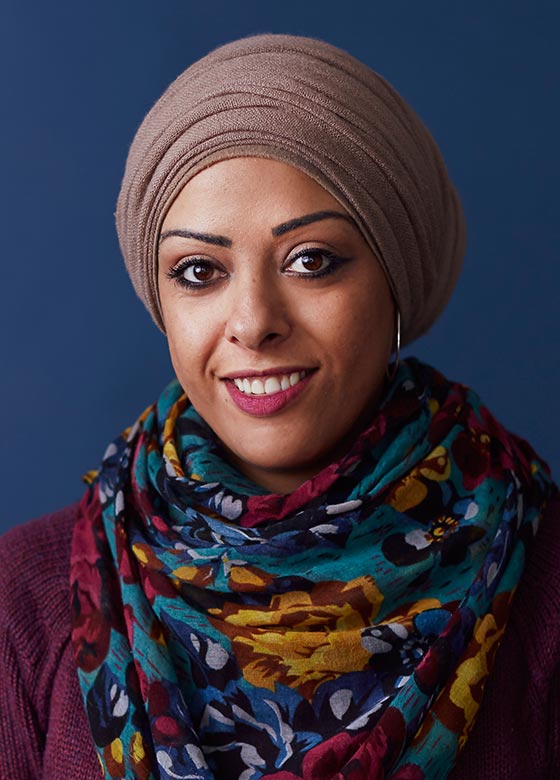 Rana Abulbasal: “I left my whole life behind in Jordan and walked away, because my dreams were much bigger than my tiny country…”

Through the efforts of campaigners social attitudes are shifting in the U.S. – LGBT activists, the likes of the Black Lives Matter movement and more. Do you think a portrait project like Techies would have been possible three years ago?

It’s hard to say. This definitely felt like the right time to do it. The topics are top of mind, tensions are high, and for the first time I think a lot of people are less afraid to speak their mind and share their stories, thanks to folks like Erica Baker, Julie Ann Horvath and more who were willing to be open about their experiences first.

I think people are finally becoming fed up with the status quo – and both [the] media and companies are starting to take it really seriously. 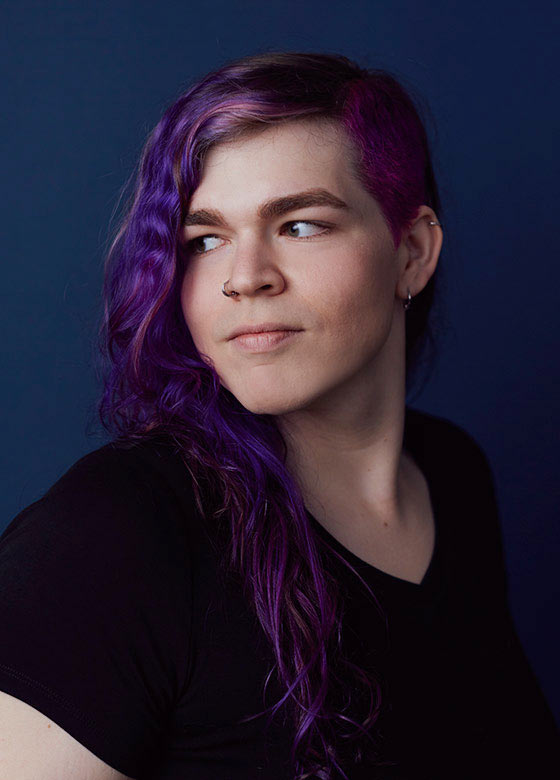 Lydia Fernandez: “In the span of a week I moved across the country, came out of the closet as trans, and started a new job working on problems I care about while being a person I had never been publicly…”

Were there any emotional moments during the process?
The entire project was incredibly emotional. Deeply connecting with 100 strangers and internalising 100 super intense life stories affects you deeply as a person. Launching the project and making all of us vulnerable to criticism was emotional. It’s hard not to be emotionally invested in something you care so much about.

What surprised you the most when working on the project?

The fact that people were willing to be so vulnerable and open to me, and the fact that it’s spread so far and wide [since the launch]. It’s all been a wild ride. 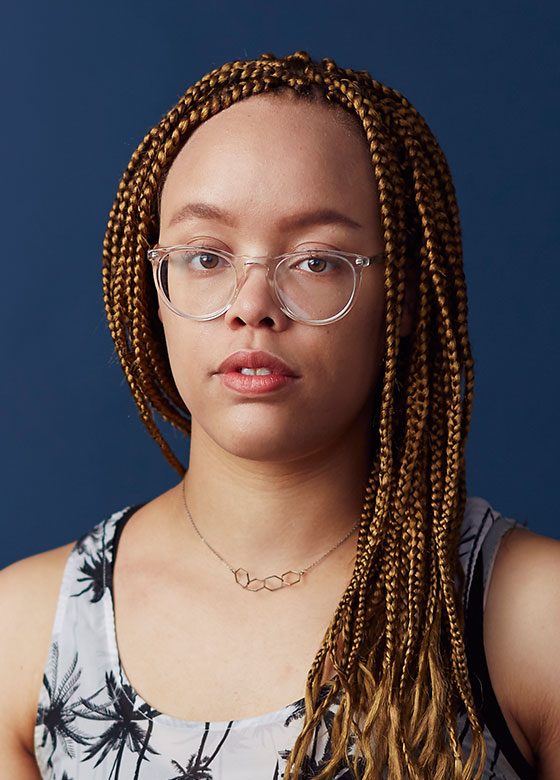 Tiffany Taylor: “I have only met one other black female designer in tech in the past six years…”

And what has the feedback been from the tech community itself?

The response has been overwhelmingly positive. There are many, many more underrepresented people in tech than just the ones in this project, and I’ve had so many people reach out to me to say this project has changed their life and they suddenly feel less alone. That is incredibly rewarding.

What do you want people to take from this project?

In general, I want folks to see that people aren’t what they appear to be at face value. I knew the people in this project and their stories were amazing, but I had no way of knowing that the project would get shared as much as it did. I’m grateful for everything that’s happened so far and I’m excited to see where it goes.

Linkedin
RELATED ARTICLES
OTHER ARTICLES
By turning a real-life crisis into daytime television fodder, TV bosses have once again shown themselves to be completely out of touch with audiences.
Thousands of protestors gathered in Westminster to express their sadness and fury at the fatal police shooting of a young Black man in Brixton.
Photographer David Corio’s archive offers a glimpse inside a revolutionary era of music and nightlife.
As the Scottish government announces a rent freeze, an activist with Living Rent who fought and won shares how they did it, and what must come next.
The two-day long event returned to London this year, showcasing a spectacular parade, steel bands and Caribbean food.
In his 2008 series, the photographer pictured himself as Angela Davis, Martin Luther King Jr., Malcolm X, and other prominent figures.