Art & Culture / Photography / In Pictures: Summer nights bathed in water and moonlight, where anything could happen 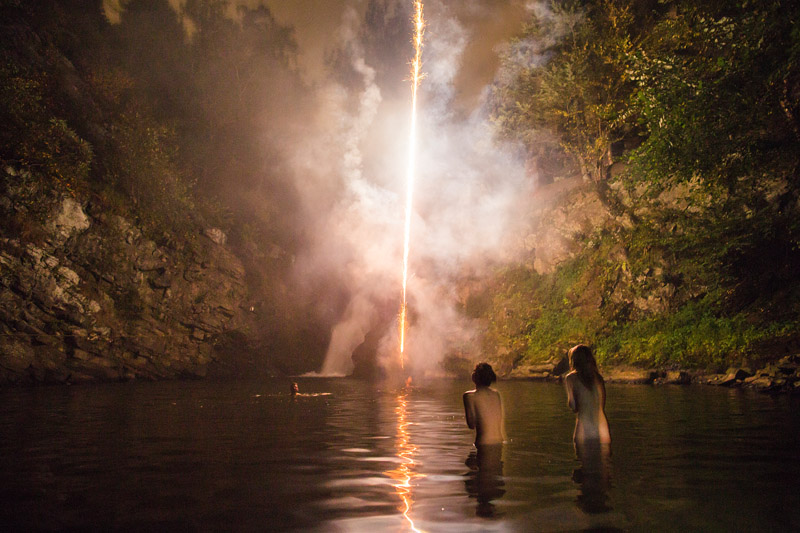 Brooklyn's Bryan Derballa is using his eye as a photojournalist to document precious moments before they pass.

Brooklyn's Bryan Derballa is using his eye as a photojournalist to document precious moments before they pass.

Standing on the edge of the dock, wearing nothing but a camera strap around my neck, bathed in water and moonlight, I watched through the mist as my friends clambered from the lake onto a raft as if they’d reached the promised land. I didn’t have the focus and I didn’t have the light, but I took the photos anyway. I knew they were important to who I am, where I came from, and who I’ll become. I handheld as many long exposures as I could, holding my breath for each shot, before setting my camera down and diving naked and free into the lake to catch up with the others.

In an episode of This American Life about high-school proms, Ira Glass describes that night as “fraught with possibility”. I never went to my prom but I can relate to that sentiment over and over – that feeling like anything could happen. As we get older and inevitably jaded, the world loses its mystery. We’ve experienced these experiences and we know what to expect. 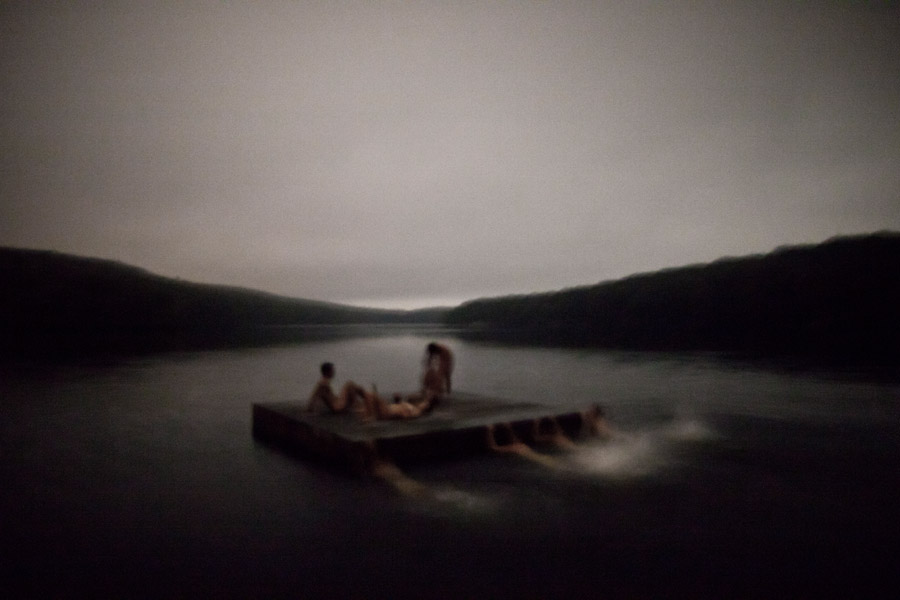 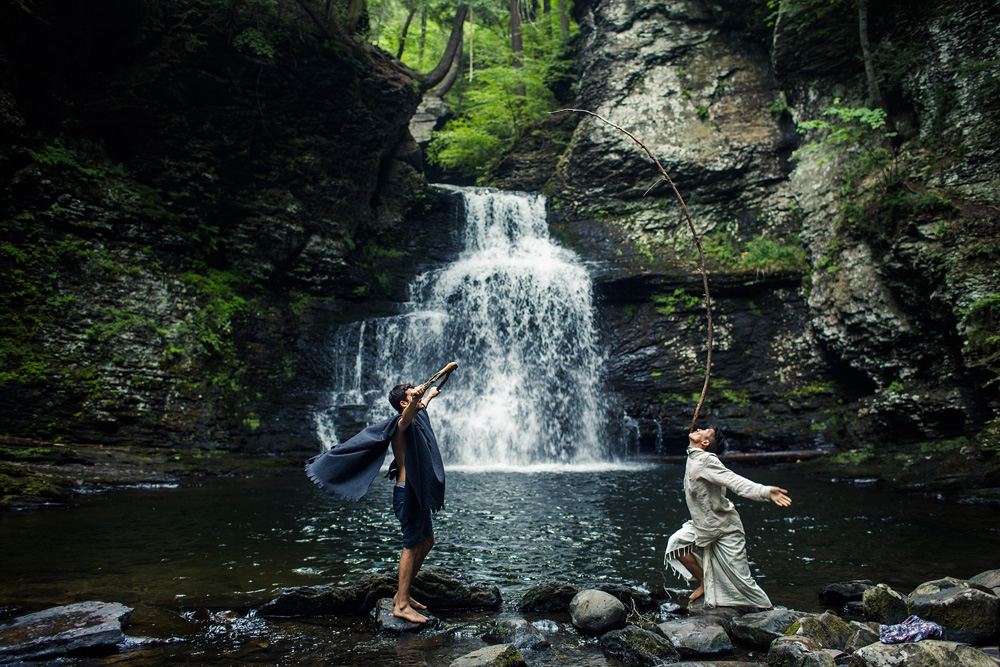 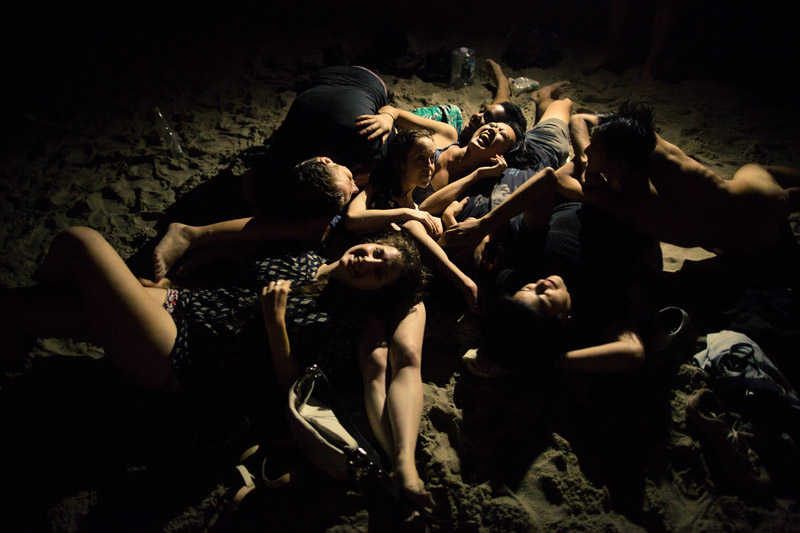 At this point of my life, the ripe old age of thirty-one, I’m still searching for those fleeting moments of transcendence, spontaneity and freedom. Those nights you wish would never end. The moments when your friends become closer than family.

It’s the same feeling of naive hope that Bruce Springsteen sings about in his early records. It’s the raw energy that comes from screaming along to Nirvana on the drive up to the river or the lake or the beach. The places where the anxieties of the city and responsibility wash away and we’re free to be who we’re meant to be. 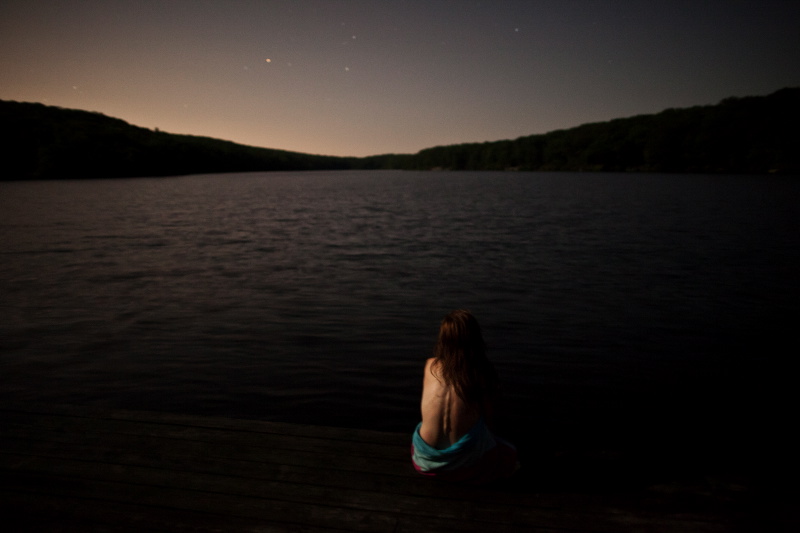 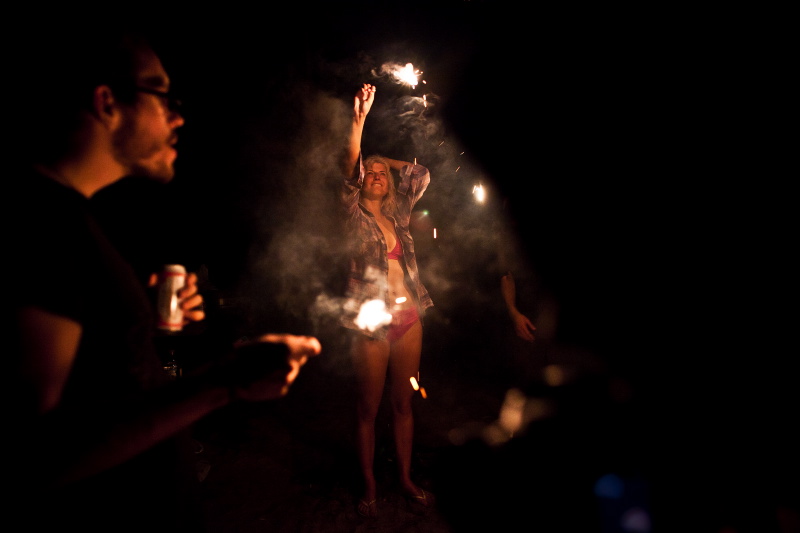 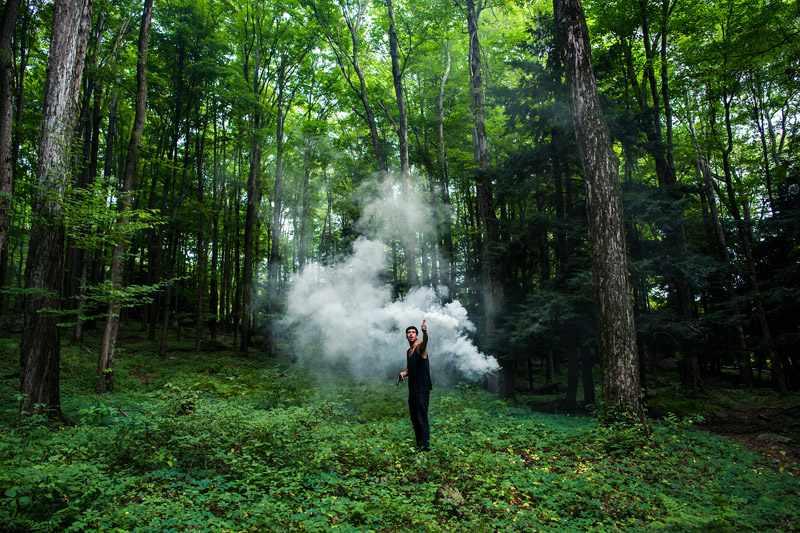 For a few years now, I’ve been straddling the two worlds of adolescence and adulthood. I came up in skateboarding with little regard for consequence and a hankering for adventure. But in my late-twenties, I started to build a successful career out of photography.

Now, I’ve got real responsibilities and strict deadlines and client relationships to manage. I have an accountant named Mary who prepares my quarterly taxes and a stockbroker named Chris who manages my retirement account. I spend equal amounts of time looking at real estate properties online as I do watching skate videos on the Thrasher website. Like De La Soul said, “Stakes is high.” 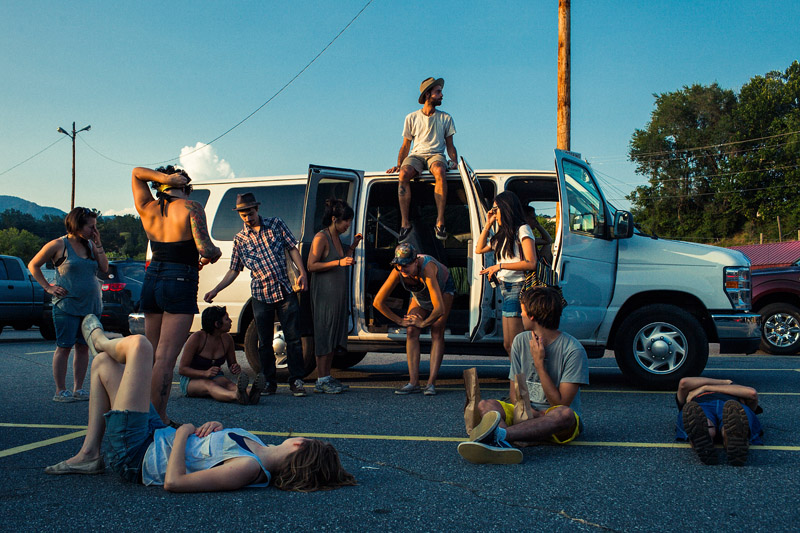 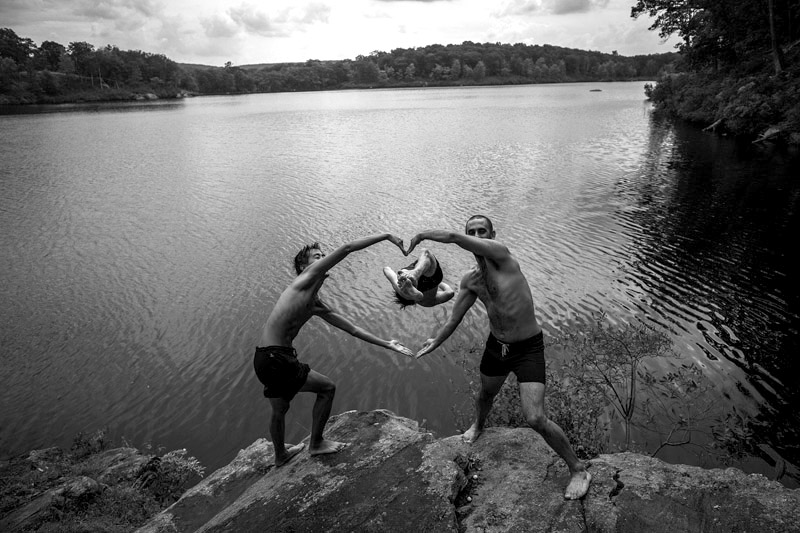 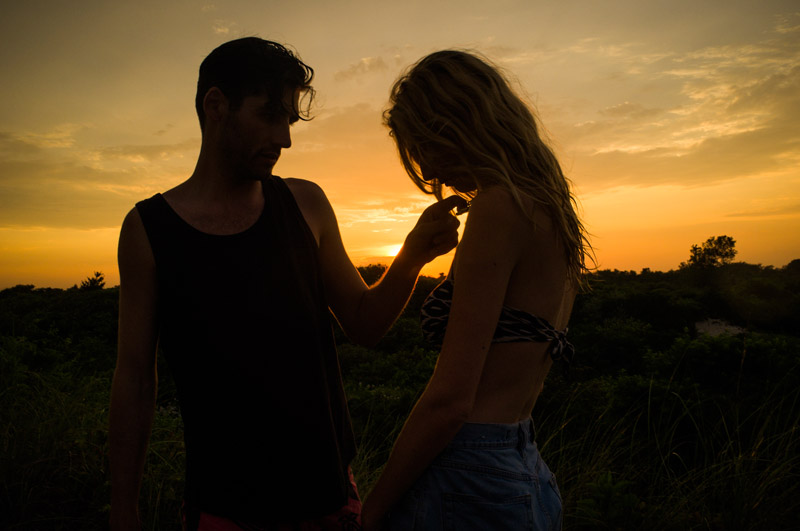 As time becomes finite and I get more comfortable with being a productive member of society, I still yearn for that recklessness. The feeling I get just before jumping sixty feet into the bottom of a waterfall has no rational value in my adult life, but I live for it. I’m not sure how much longer I’ll be able to stare down mortality with the invincibility of youth, but I cherish all the remaining seconds that I can.

Autumn is the most unsettling season of the year. As the temperature drops and the leaves start to fall, I huddle over my desk flipping through photos, all the epic moments of the summer, and wonder if this was the last one. If in the intervening nine months my responsibilities will grow or my fearlessness will wane. Was this the August of my youth, or is there time for one more? 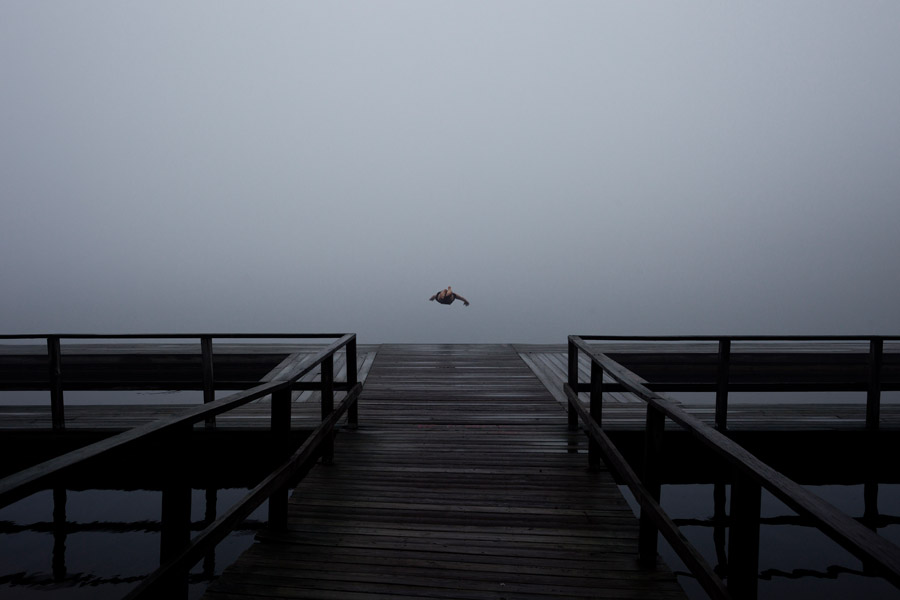 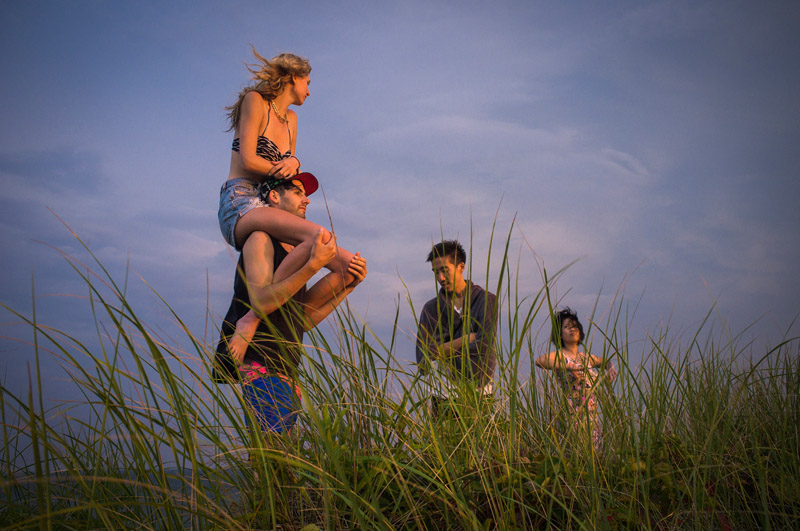 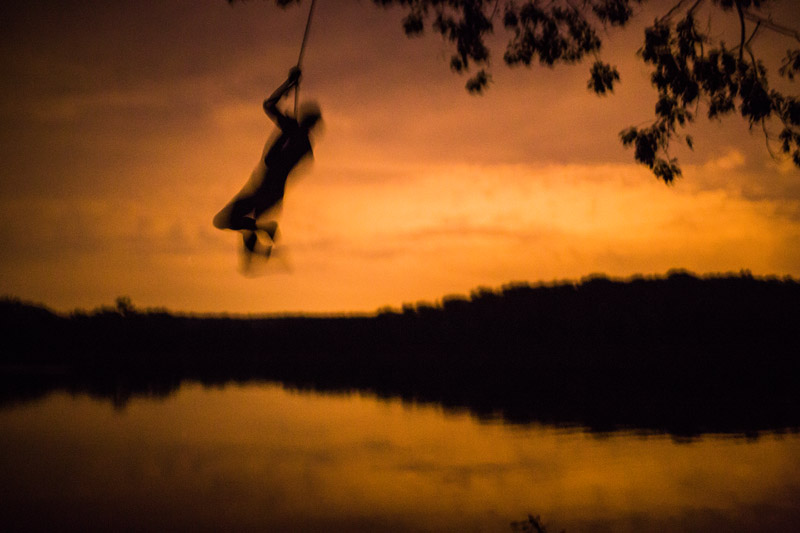 Whichever way it goes, I’ll still have these pictures. Not images I was paid to take, but photos I was compelled to make. Not as a photographer but as a friend and adventurer. These are a collection of the memories, like that night on the dock, that I will one day undoubtedly be nostalgic for. Until then, I’m going to keep searching, keep shooting, and keep jumping in.

This article originally appeared in Huck 41: The Documentary Photography Special.

Linkedin
RELATED ARTICLES
OTHER ARTICLES
Photographer Becky Tyrell went down to the fading banger and stock raceway to meet a community desperate to keep it alive.
Tristan O’Neill’s shots of dancers caught in moments of reverie at the height of rave’s golden age are a testament to the UK’s legendary club culture.
Following the release of his debut single, Deyaz talks battling addiction, dealing with his struggles through music, and building a budding music career from his living room.
Activists and campaigners are fighting back against new laws that would seriously undermine the ability to take industrial action, calling it an attack on fundamental workers' rights.
A new film from Berghaus traces the story of Adam Raja, who left behind a turbulent upbringing to discover the healing power of climbing.
Social prescribing connects people with non-medical support to improve their health and wellbeing – but some experts worry it’s just a stick plaster solution.