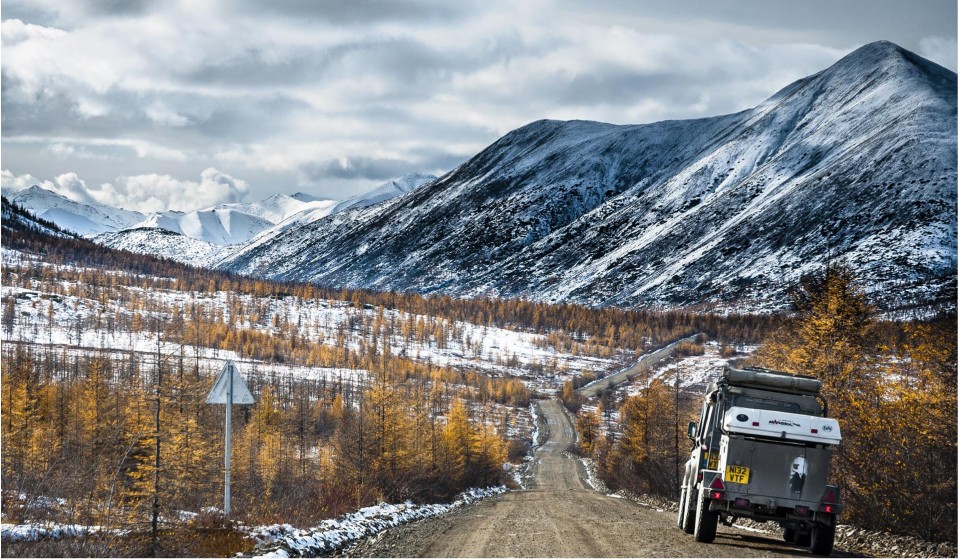 Photography © Gareth Griffiths (top). All from Off the Road, Copyright Gestalten 2015

Meet the modern-day explorers leaving the daily grind behind to experience the planet on four wheels.

Meet the modern-day explorers leaving the daily grind behind to experience the planet on four wheels.

The nine-to-five is great and all… but sometimes it makes you want to hit the road and never look back.

The Outsiders: Explorers, Vans, and Life Off the Beaten Track celebrates the crazy braze who did just that: packed their lives into vehicles, put pedal to the metal and left it all behind.

Whether they chose trucks, busses, jeeps or station wagons, here’s our pick of some of the coolest people who took off in search of four-wheeled liberation.

From the Metropolis To The Mountains 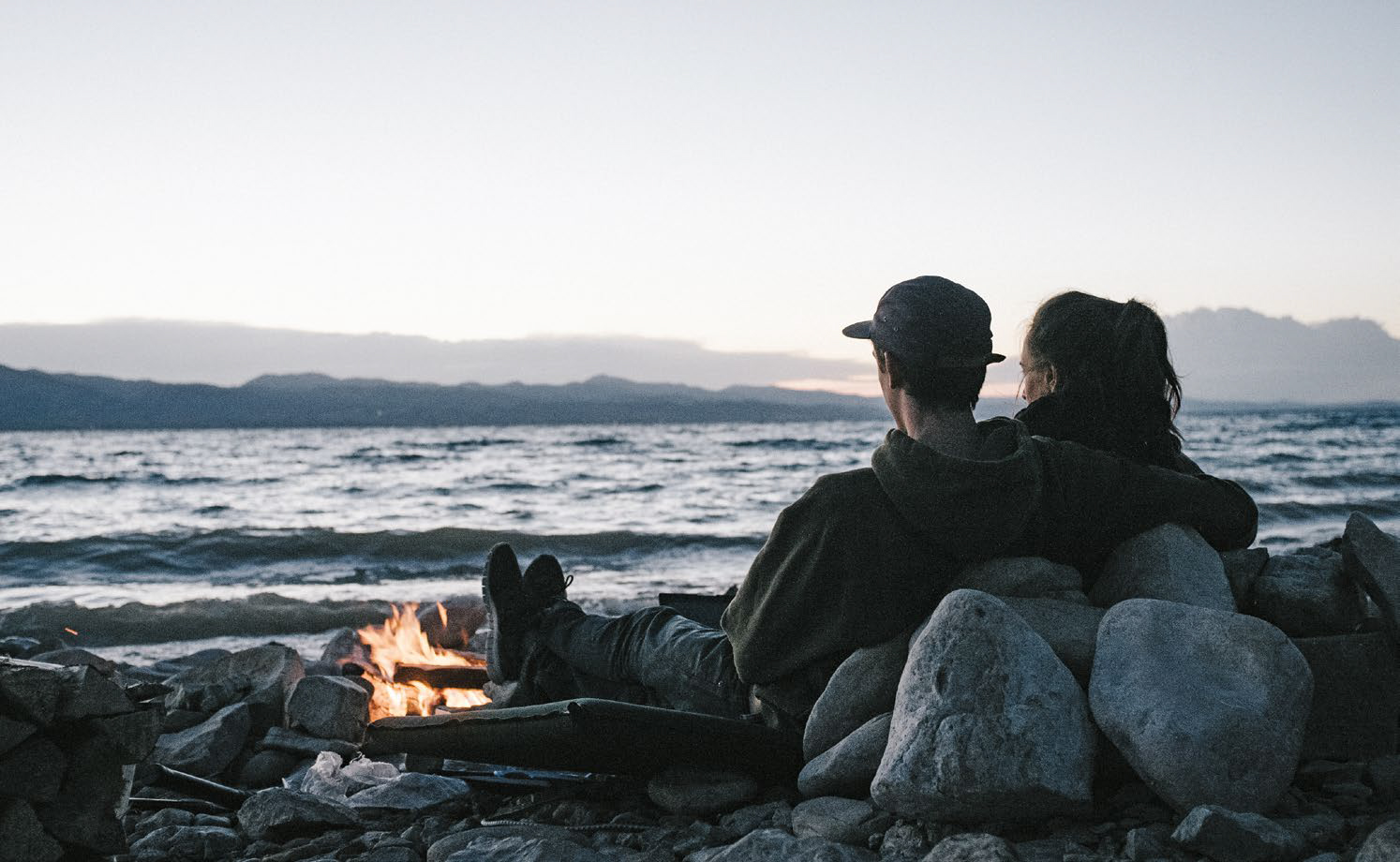 Breaking surf, jagged mountains, and windy prairies are just some of the views that Brendan H. Banks and Kelly Shea have savoured from their living-room-on-wheels. The decision to re-model an old VW Westfalia Vanagon and hit the highway took them 15,000 miles—and reset the direction of their lives. 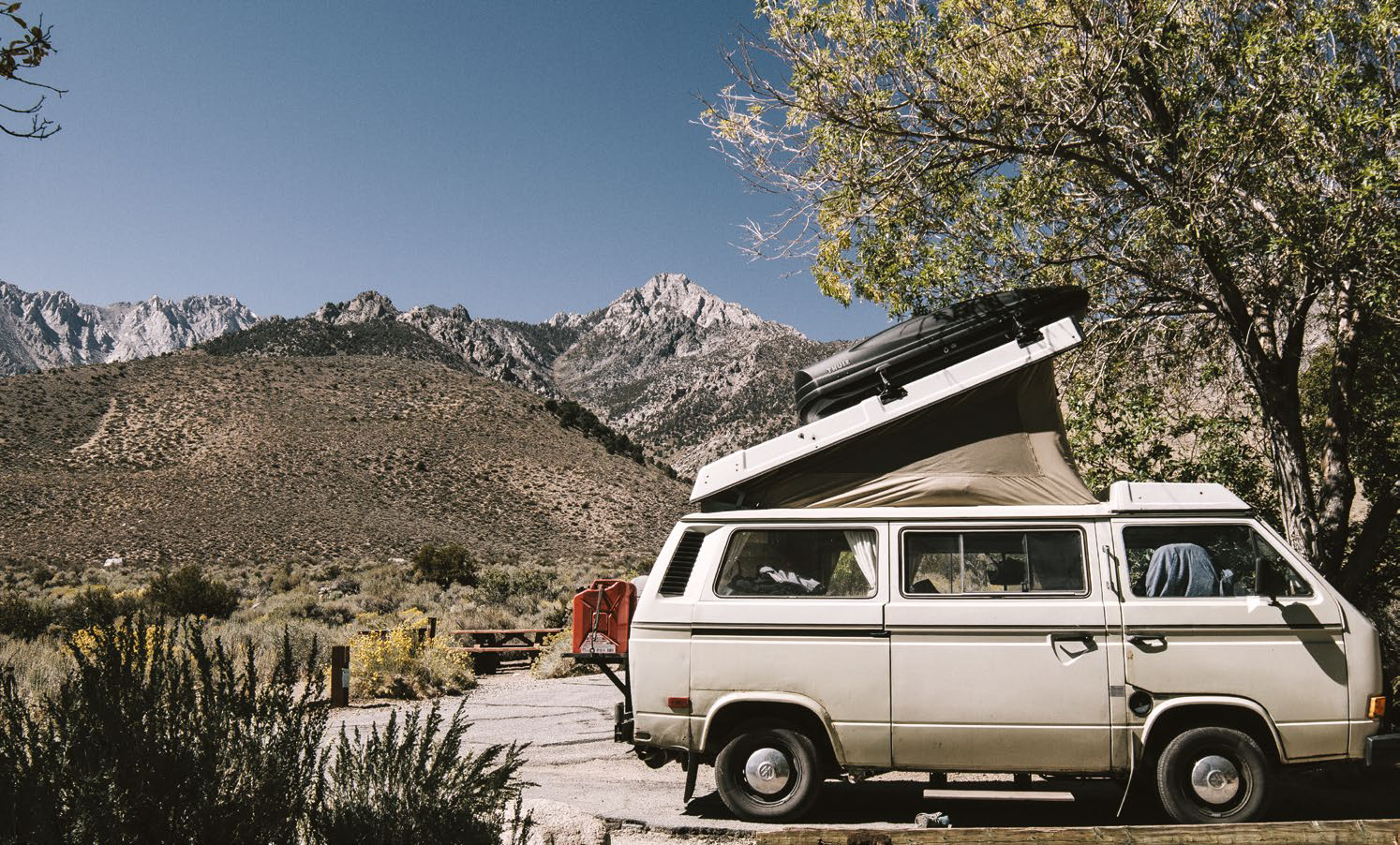 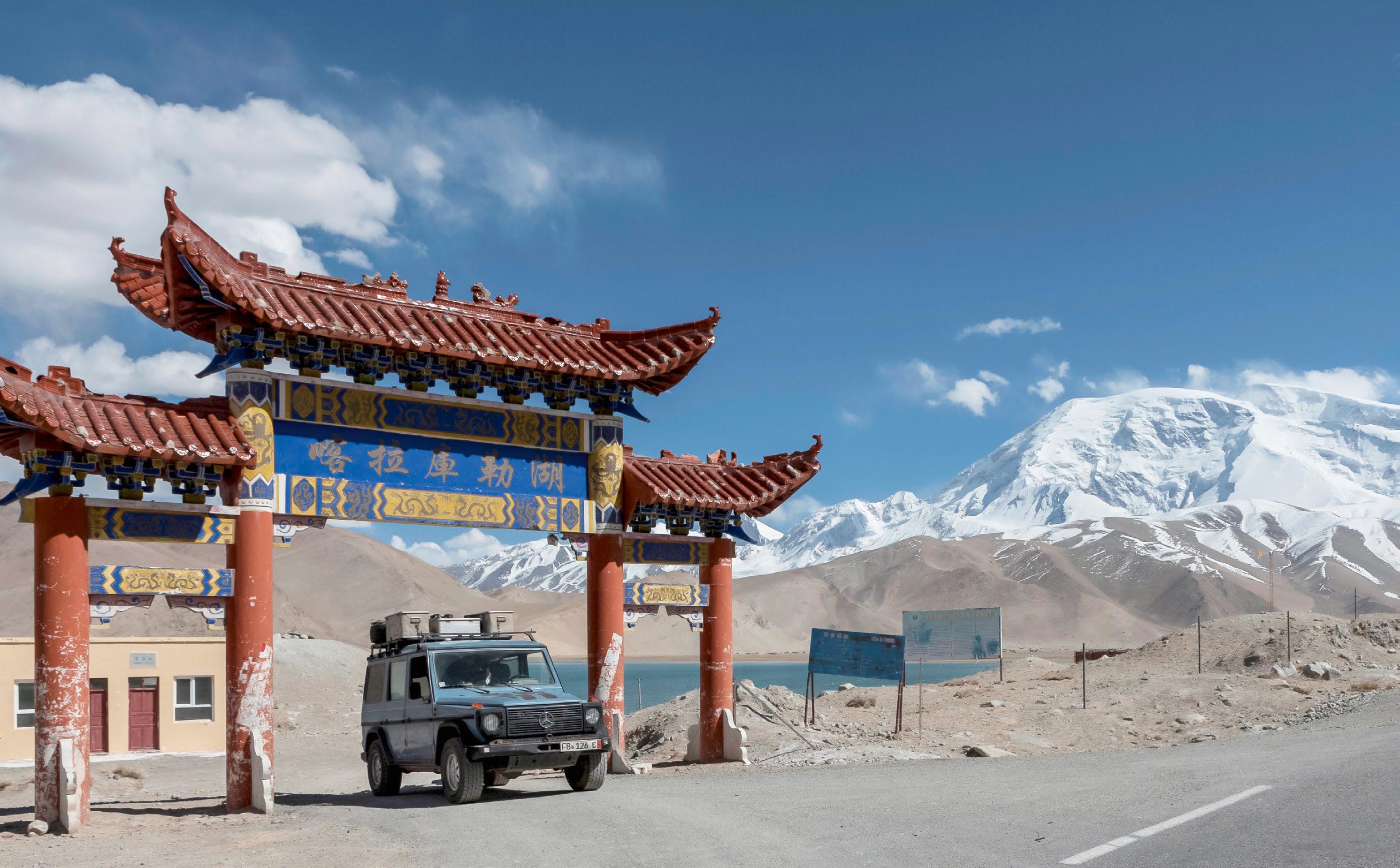 Photography by Gunther and Martin Holtorf

Very few people can truly claim to have seen the entire world, and Gunther Holtorf is one of them. The former aviator has been awarded his place in record-breaking history for his quarter century on the road, covering more than twice the distance between the Earth and the Moon. His Mercedes Benz G-Class, or Otto, as he is known, has become a star among cars in his own right. 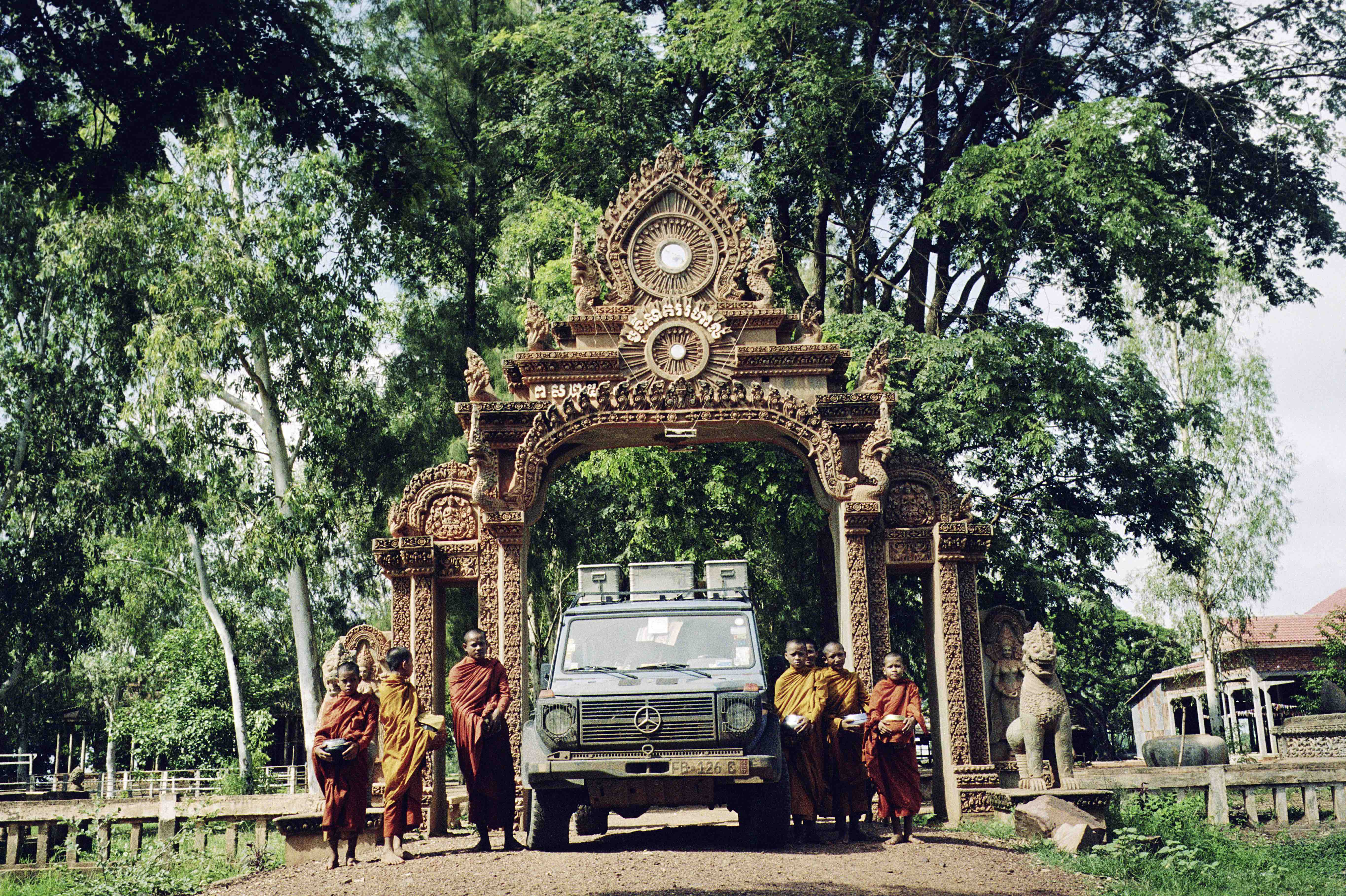 Photography by Gunther and Martin Holtorf

“Enough. I’ve had enough of these siren-wailing streets mirroring my stress in noise-level. Enough of living to the robotic rhythm of computer keyboards, supermarket sweeps, and credit card swipes. Keys in hand, it’s time for something else.” – Noelia Hobeika 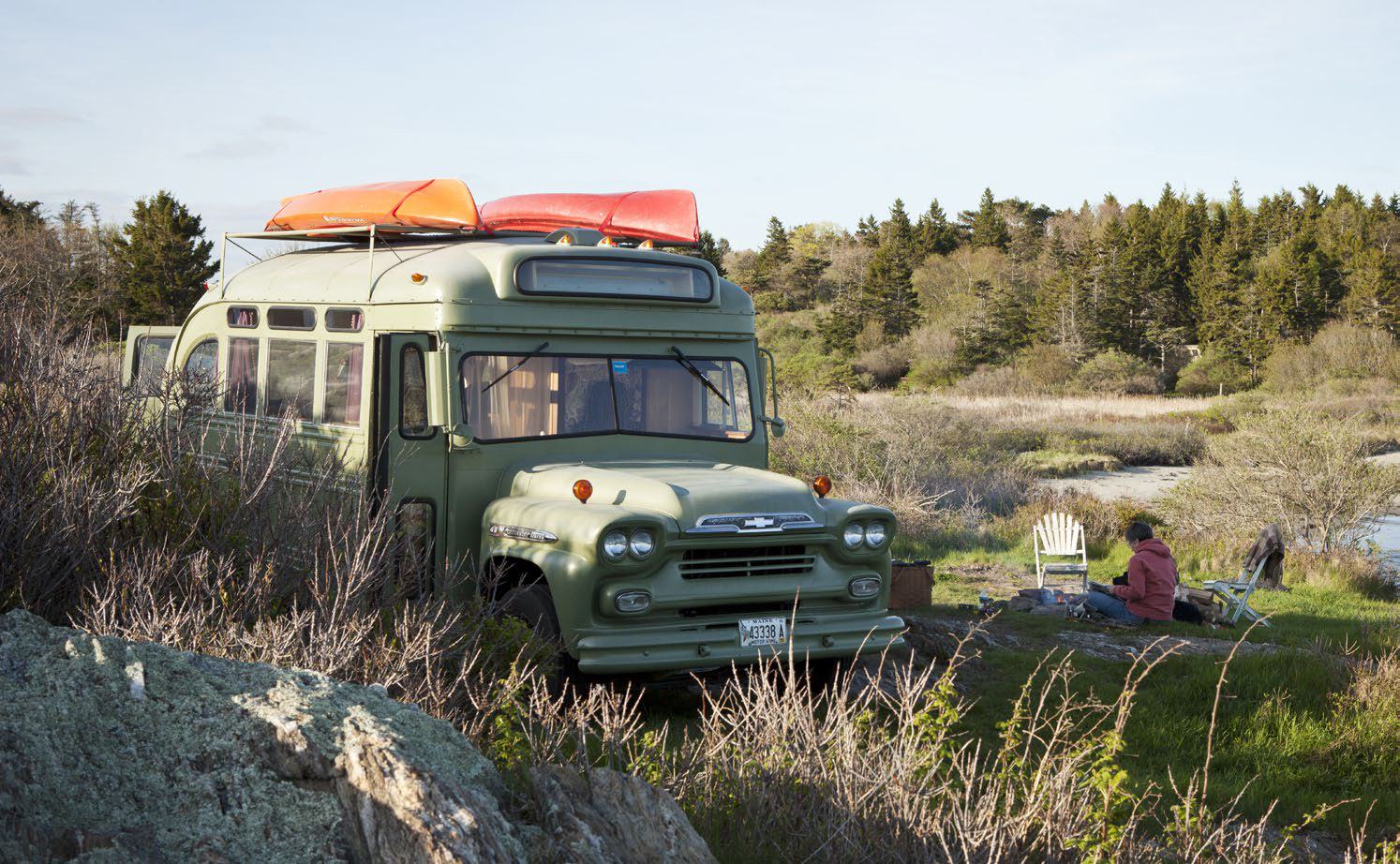 This bus was never intended to live on the road. While it is used on the occasional camping trip, it also acts as a permanent guest bedroom. Needing to meet the requirements of home living, every detail has been carefully thought out—each piece reflects a style unique to the 1960s. Going beyond looks, the customisation work is of a quality equal to the craftsmanship that defined this bygone period. 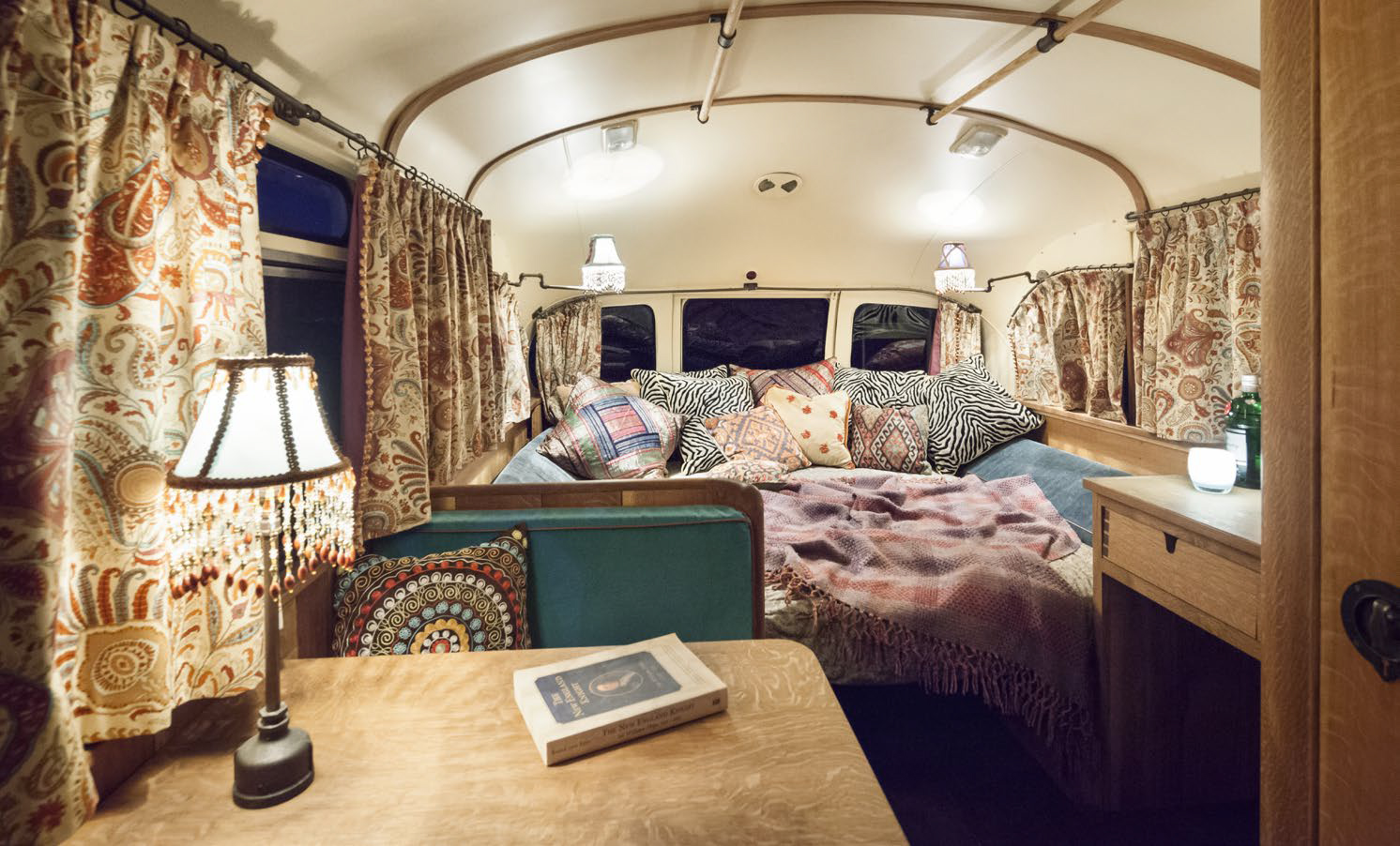 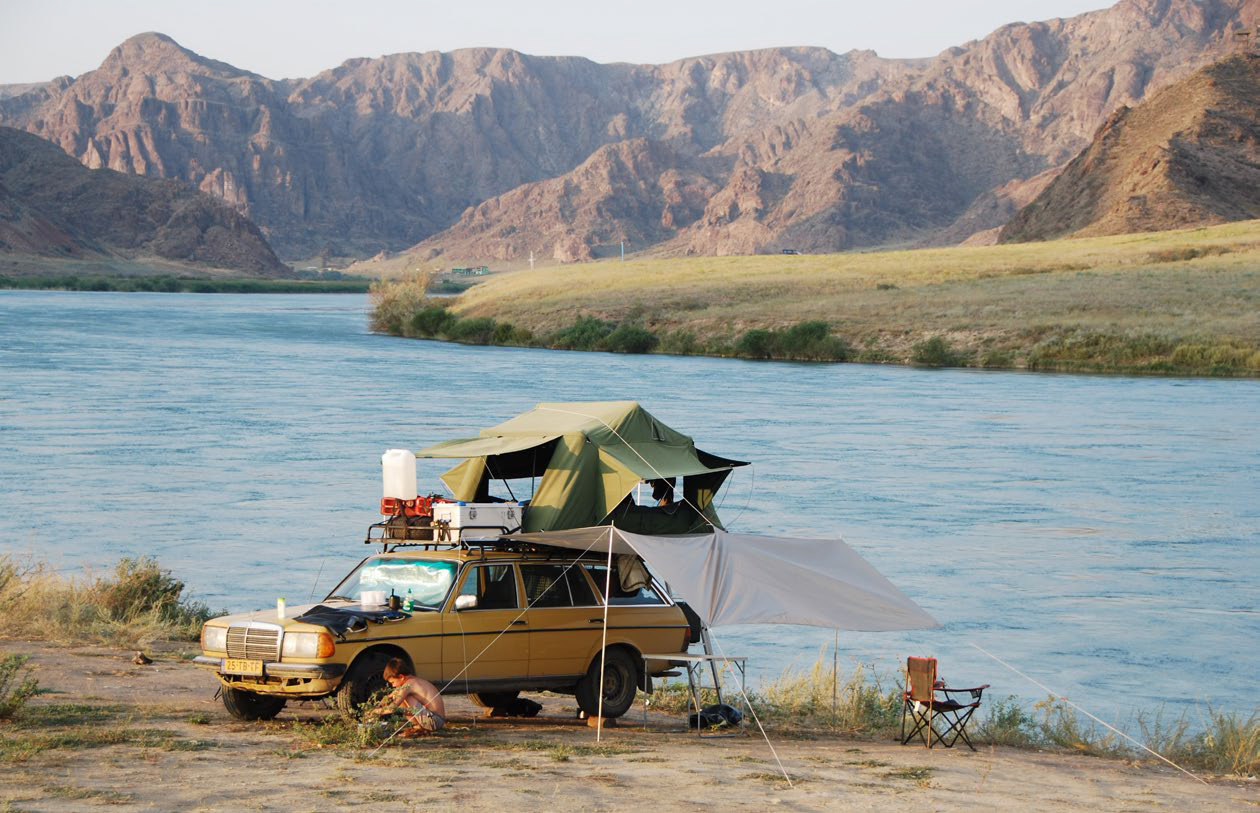 Many people think the most important aspect of a trip is planning the itinerary, but off-roaders know choosing a vehicle is paramount. You can always stop in a remote town and find basic necessities or sleep under the stars, but you can’t always find a good mechanic, so a reliable engine is critical. 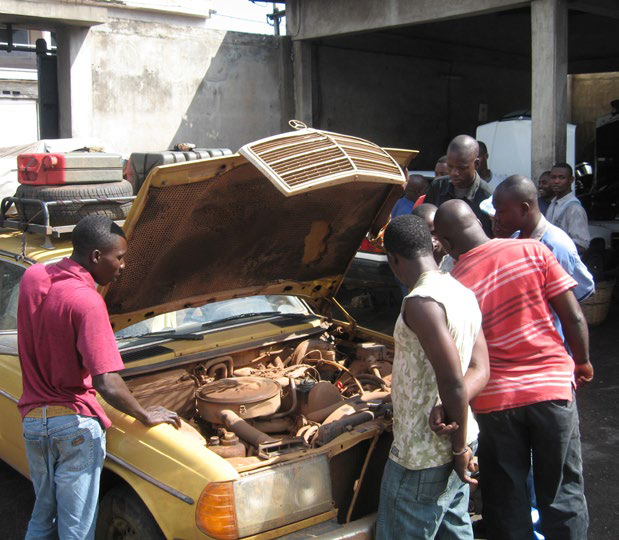 The Mercedes-Benz W123 was such a hit when it was first introduced that the backlog for new orders ran as long as 12 months and those vehicles that did hit the road commanded a premium of 5,000 Deutschmarks over the original sale price on the black market. It’s a testament to the popularity of the W123 that it can still be found in good working condition in countries around the world. Take this 1983 300TD model, which is all original, except for some minor modifications made by owner Jurgen Stroo. His reason for choosing the W123? The engine—it’s one of the best ever made, he notes. 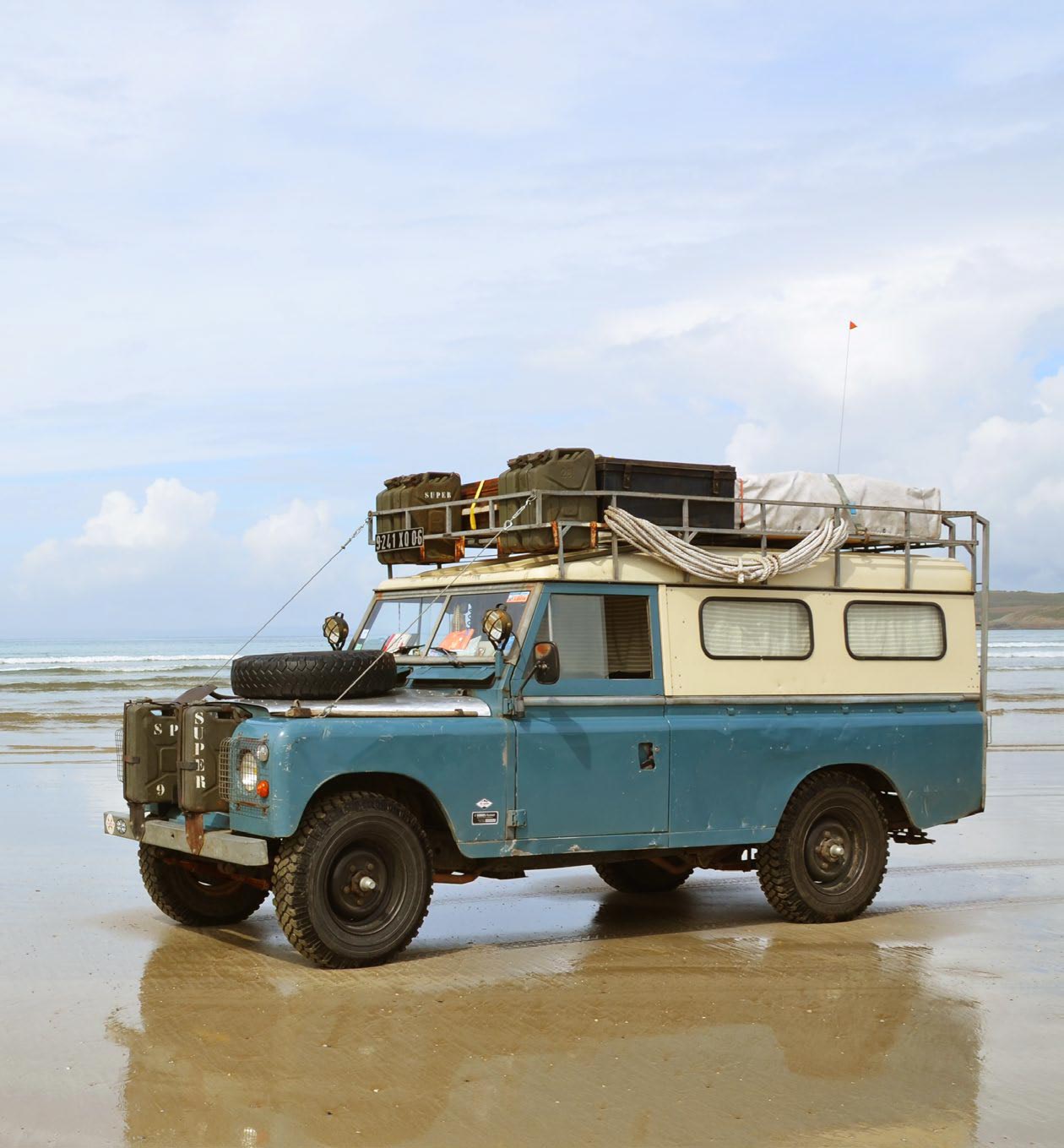 Modern conveniences make life easier, but they also detract from the experience of having the mud fly in your face as you race down a rain-soaked road. so while you may want air conditioning when you’re at home, all you need for a trip to timbuktu is a vehicle with the most basic of amenities. 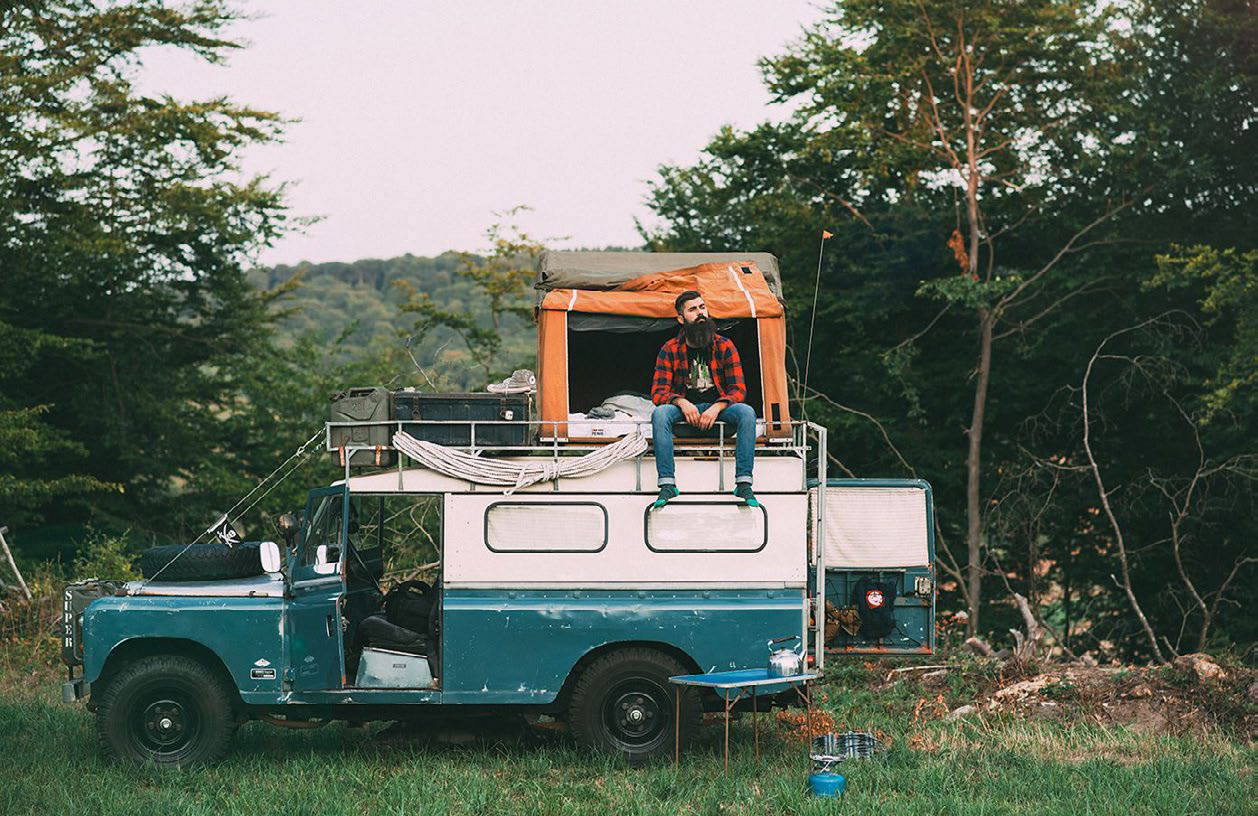 Opportunity can arise in the most unexpected places. Take the example of this 1980 Land Rover Series III 109 that 29-year-old Frenchman Johan stumbled on. It had been sitting in a barn in southern France for 15 years. Despite a decade and a half of neglect, the Series III was in good shape. All it needed after all that time was a good servicing. Johan decided to leave most of the original engine components in place. The rest of the vehicle has been left largely untouched as well, with no modern features—no electric windows, no power steering, no air conditioning—except for a directional shock absorber and new suspension to prepare the vehicle for off-road adventures.

Off The Road: Explorers, Vans, and Life Off the Beaten Track is out now, published by Gestalten.

Posted Thursday 5th May, 2016
Text by Huck HQ
Photography © Gareth Griffiths (top). All from Off the Road, Copyright Gestalten 2015

Linkedin
RELATED ARTICLES
OTHER ARTICLES
A new exhibition brings together 150 works by twelve photographers, offering mesmerising and intimate depictions of life.
With the singer’s tour in full swing, we sat down the musical production company who made the electrifying show possible.
Whether it was seacoalers in Northumberland or the miners’ strike, the photographer was always fully immersed in the story he sought to capture.
After a devastating fire, creatives in the city are coming together to call for more affordable workspaces.
The photographer reflects on a decade which saw the rise of MTV and the flourishing of new genres.
Photographer Ira Lapu documents the lives of ordinary Ukrainians living amid a brutal conflict.