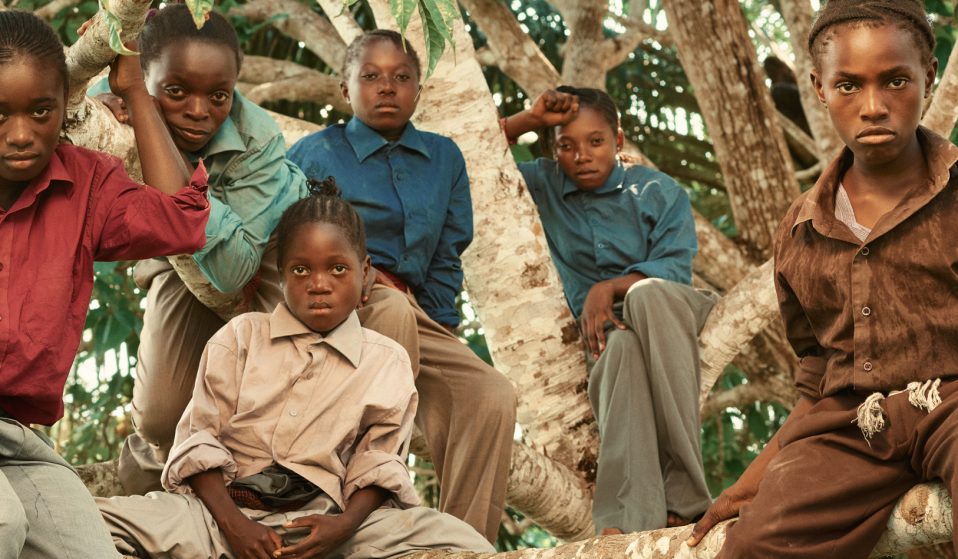 In Congo Tales: Told by the People of Mbomo, Pieter Henket has created a visual library of personal histories, telling the story of one small town in the Republic of Congo.

In Congo Tales: Told by the People of Mbomo, Pieter Henket has created a visual library of personal histories, telling the story of one small town in the Republic of Congo.

Malian writer Amadou Hampâté Bâ once observed, “When an old person dies, it is as if a library of knowledge burns.” In this one statement, he perfectly captured the inherent vulnerability of oral history and literature.

Recognizing this, Eva Vonk – an executive producer at Tales of Us – approached Dutch photographer Pieter Henket to collaborate in the creation of a photography book that would share the childhood stories collected and told by the people living in Mbomo, a small town situated in the Republic of Congo.

With Congo Tales: Told by the People of Mbomo, Henket has created a library of iconic tales, with the photos starring the storytellers themselves. “Gathering them was a challenge, to say the least,” he explains. “Eva visited the forest seven times over the course of three years and met with many people that were able to help.” 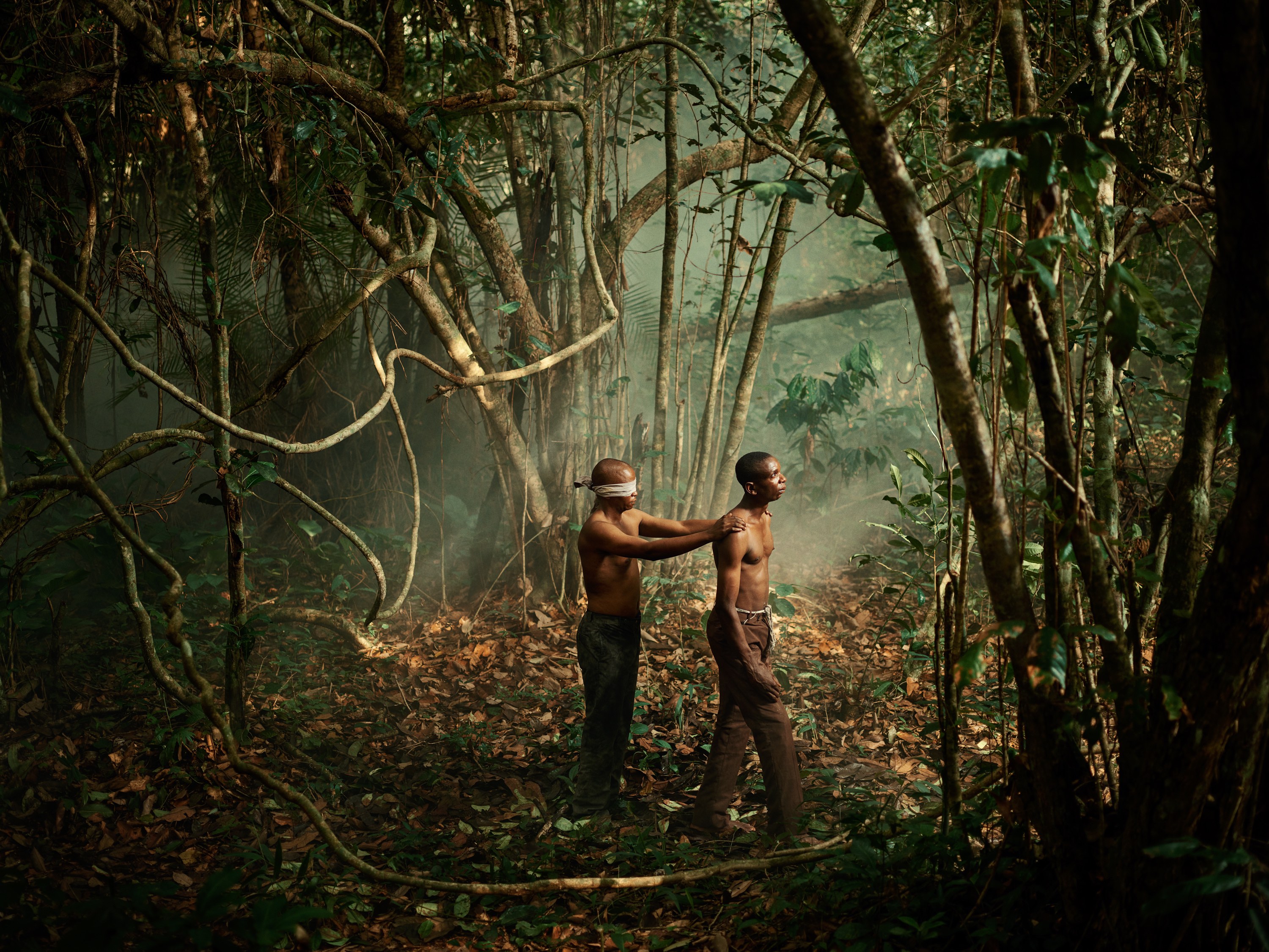 “She arranged with a local couple to start a radio station where people could come and tell their families stories. She arranged for people to sit around fires and share their stories there. And she asked a man to go around the villages on his motorcycle to collect stories. It became a huge passion project to collect this piece of undocumented oral history.”

Congo Tales brings together traditional stories that are modern interpretations of ancient myths and symbols. The tales invoke nature at all times, inviting the listener to follow the intrinsic flow of energy.

The photographs were made in Odzala National Park in the northwest corner of the nation. The 13,600 square kilometer rainforest is the largest and eldest park of the Congo Basin – as well as the most intact, having never been logged or over-exploited by poachers and hunters. The Park is blessed with low density populations of tribes including the Kota, Bakola and Ba’aka Autochthons, who live among the natural wonders of the forest. 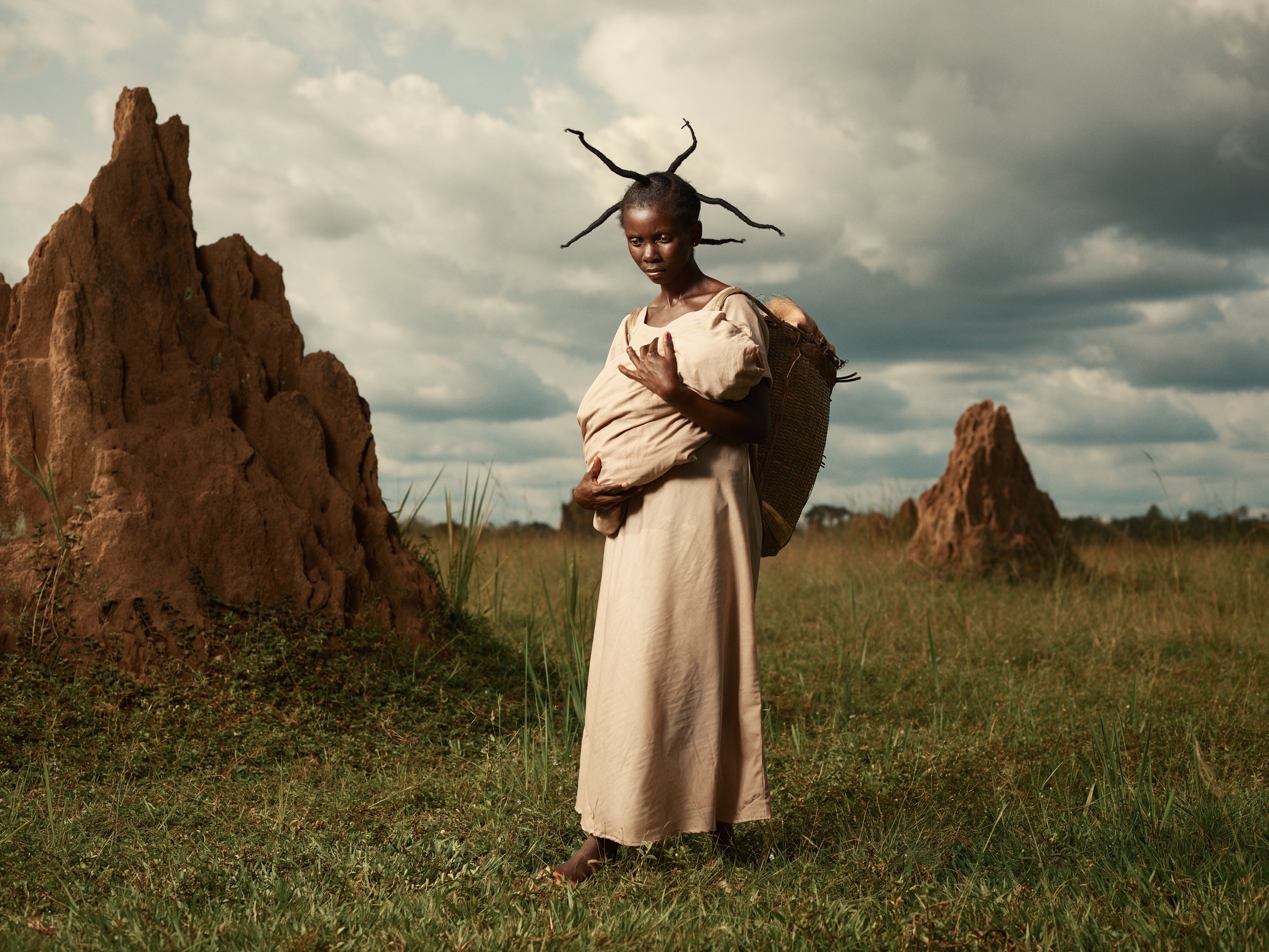 My Love from “The Woman Who Traded Her Baby for Honey”

“The casting process was rather hilarious. We would cast people and ask them to show up the next day for the shoot. Of course our whole team was ready with lights and camera, et cetera, and no one would show up. We would go ask what happened and people would say, ‘Oh, he went hunting,’ or ‘Oh, she is working in the field.’ We needed to learn that we were there on their time and on their schedule,” Henket recalls.

“When I work with actors or stars in Europe or the USA they all have a clear vision of what a photo shoot consists of. The people that I photographed for this project hardly have electricity. They don’t like being photographed to begin with – let alone in front of a crew, many lights and a giant camera. People would freeze up completely. We would spend most of the time trying to connect with them, discuss the story and helping them understand what character they played in the photograph. I learned that the whole story could be told by the expression in their eyes.” 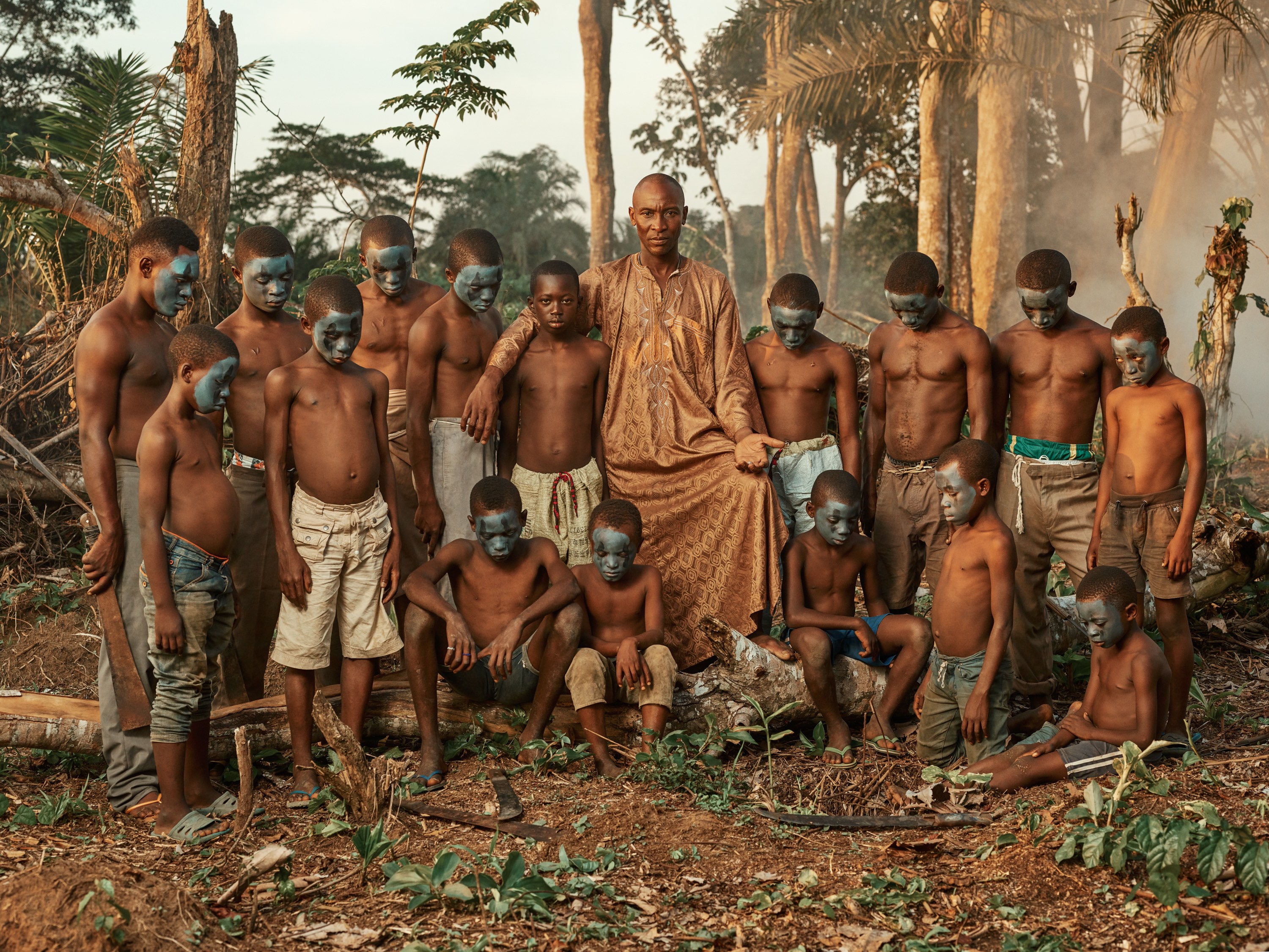 Father Bosco, from “The Trick of Wisdom”

This intensity can be felt throughout the work, providing potent images filled with a depth and power that rivals the stories themselves. The people in the photographs, so familiar with the tales being told, have found themselves in the unlikely position of performing moments that allow strangers to enter the story from anywhere around the globe.

Henket reveals, “I loved this whole process. It was the most pure thing I have ever experienced. The care and passion that we all had was emotional to say the least. Sometimes I cried in my tent at night purely because of the beauty and the passion of the people. A feeling nothing in photography has ever given me before.” 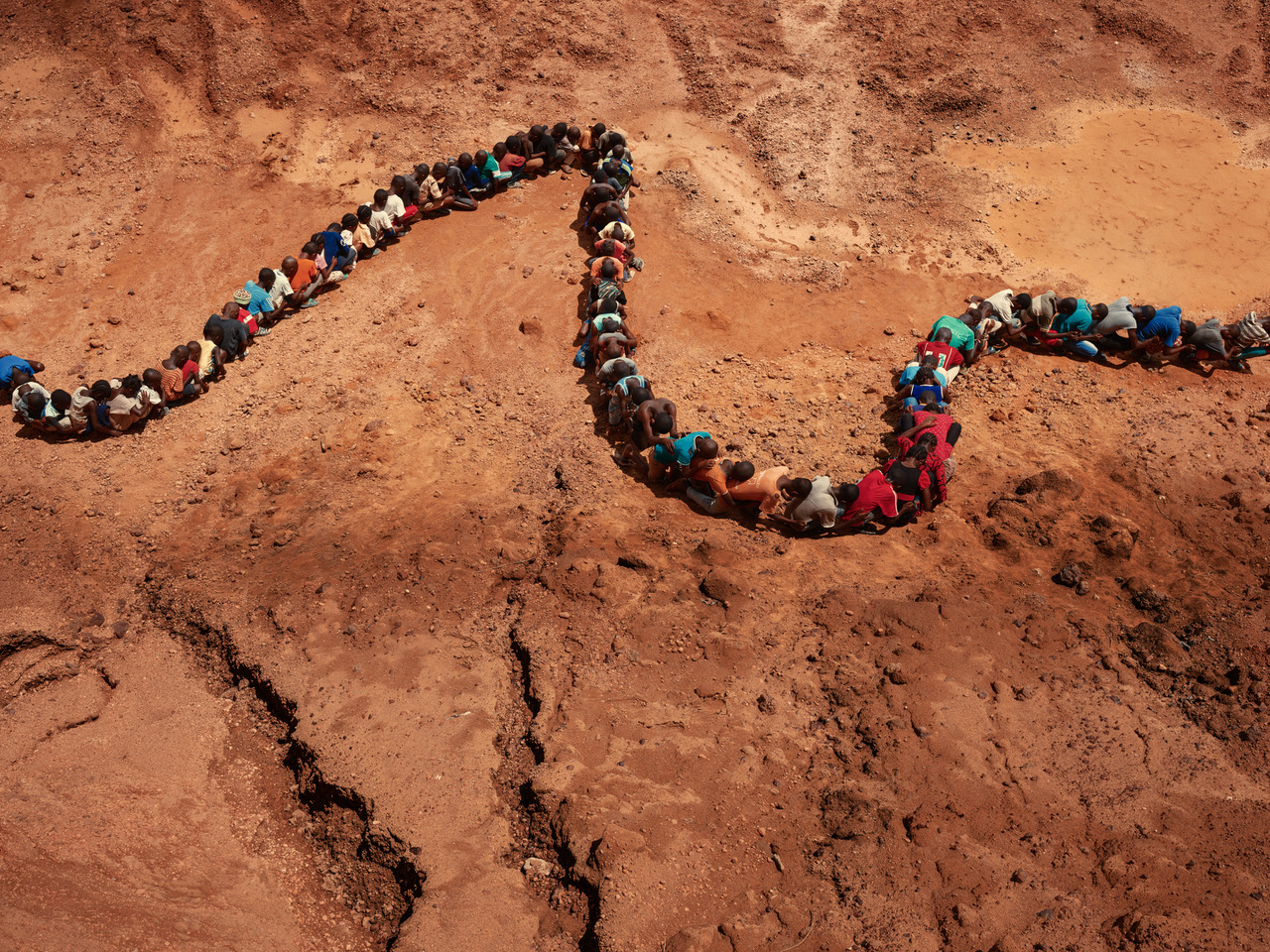 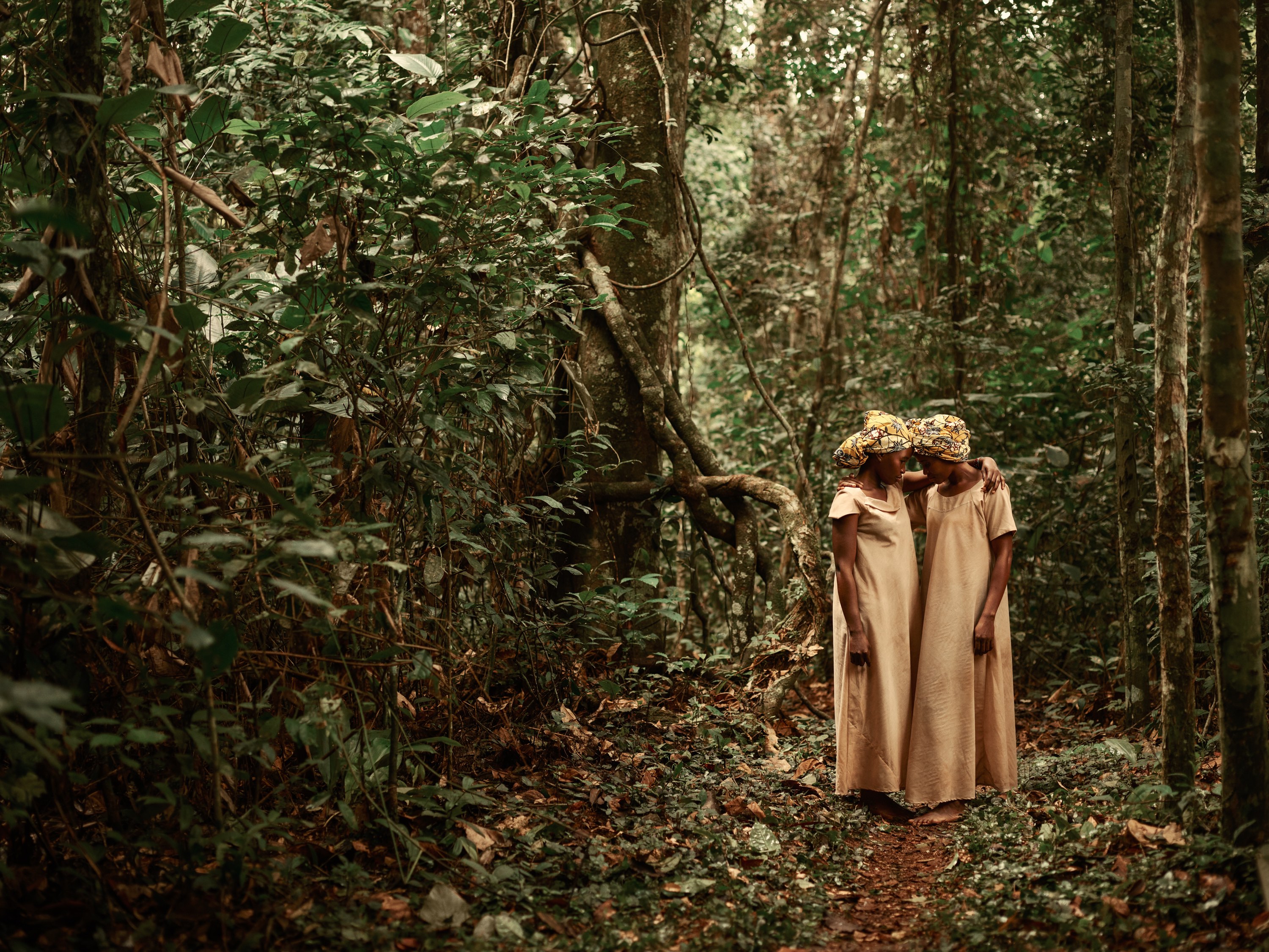 The Twins, from “The Two Nkééngé Sisters” 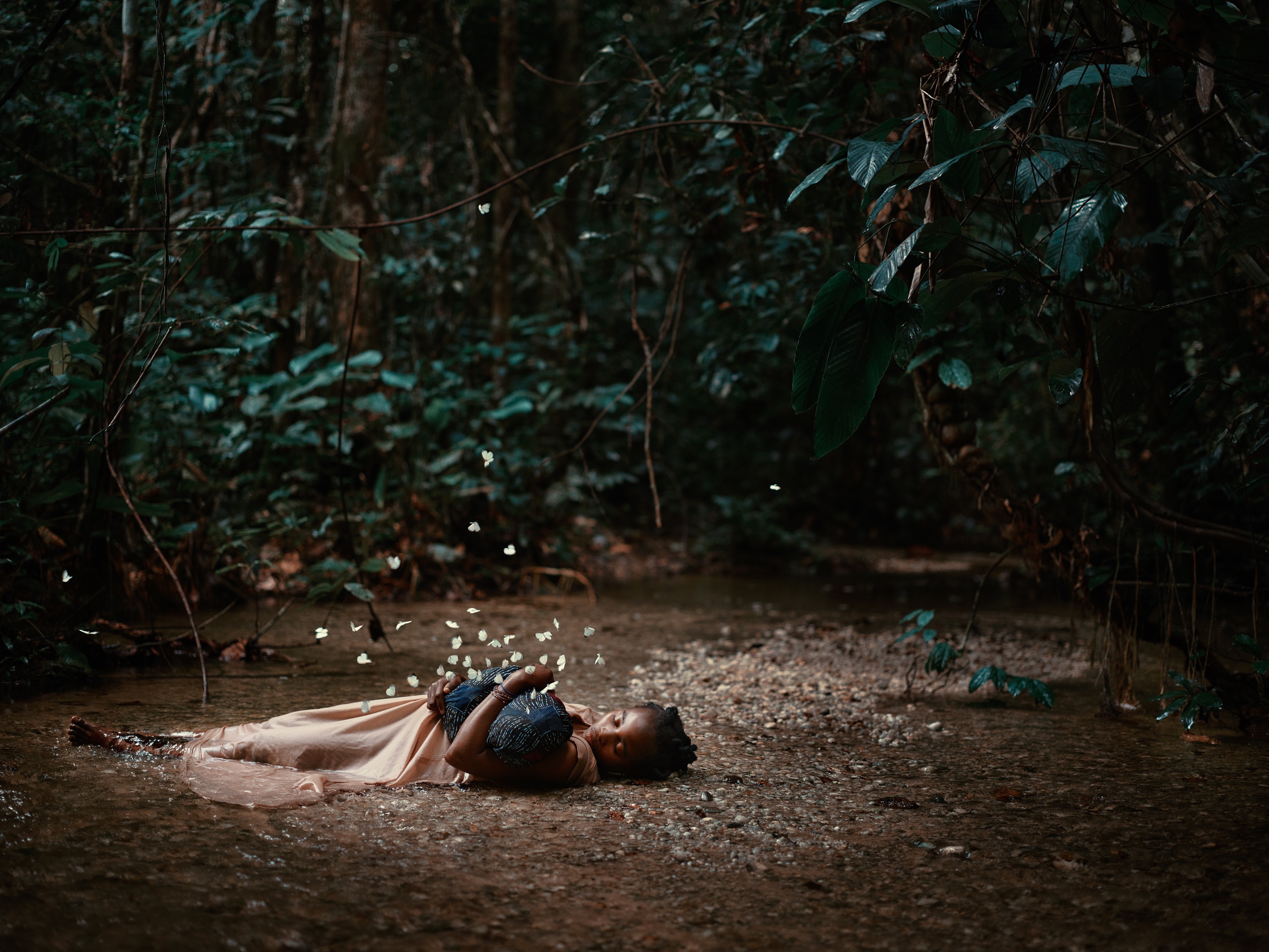 Riverbed, from “The Two Nkééngé Sisters” 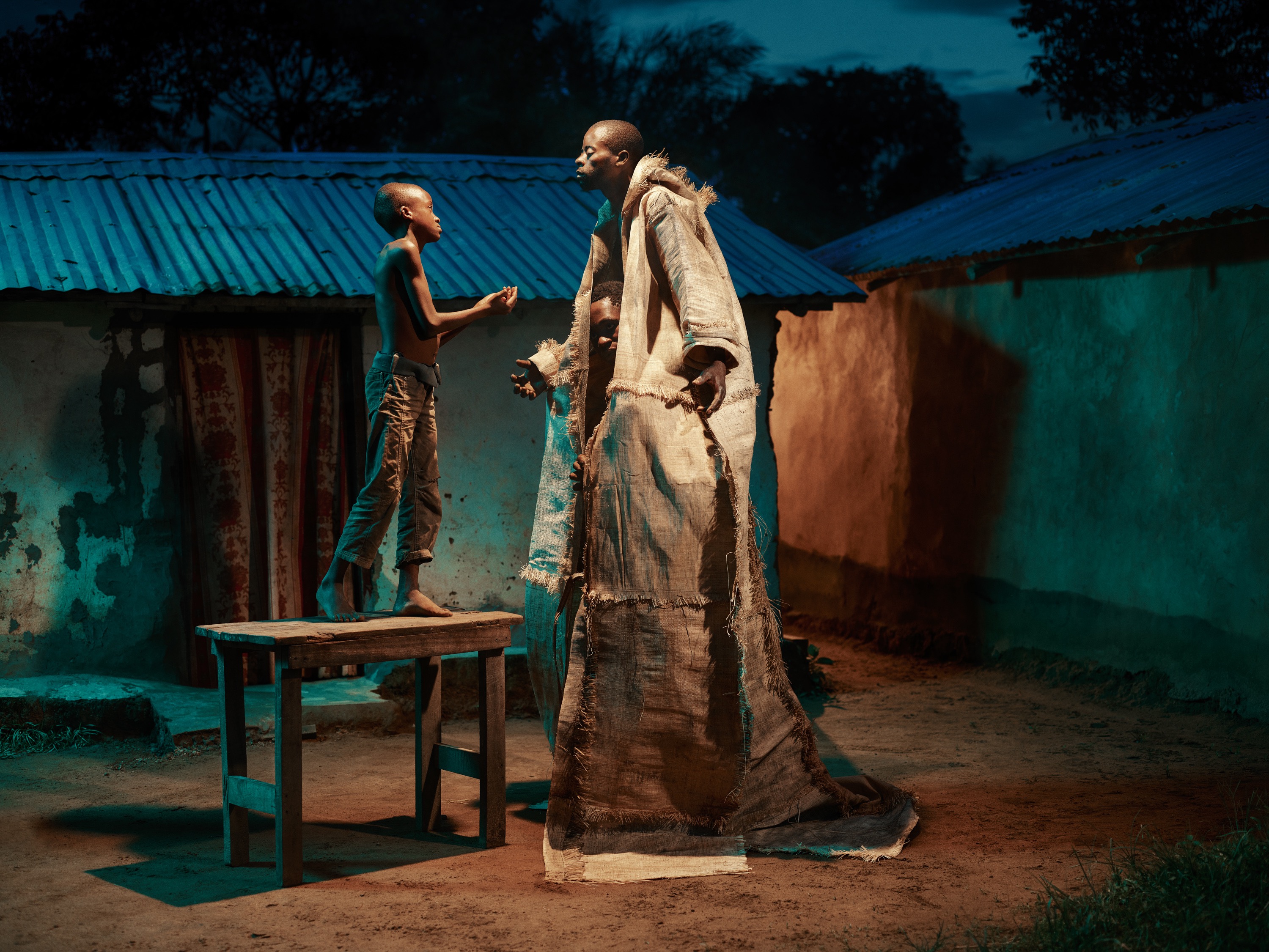 The Impossible Task, from “The Mole and the Sun” 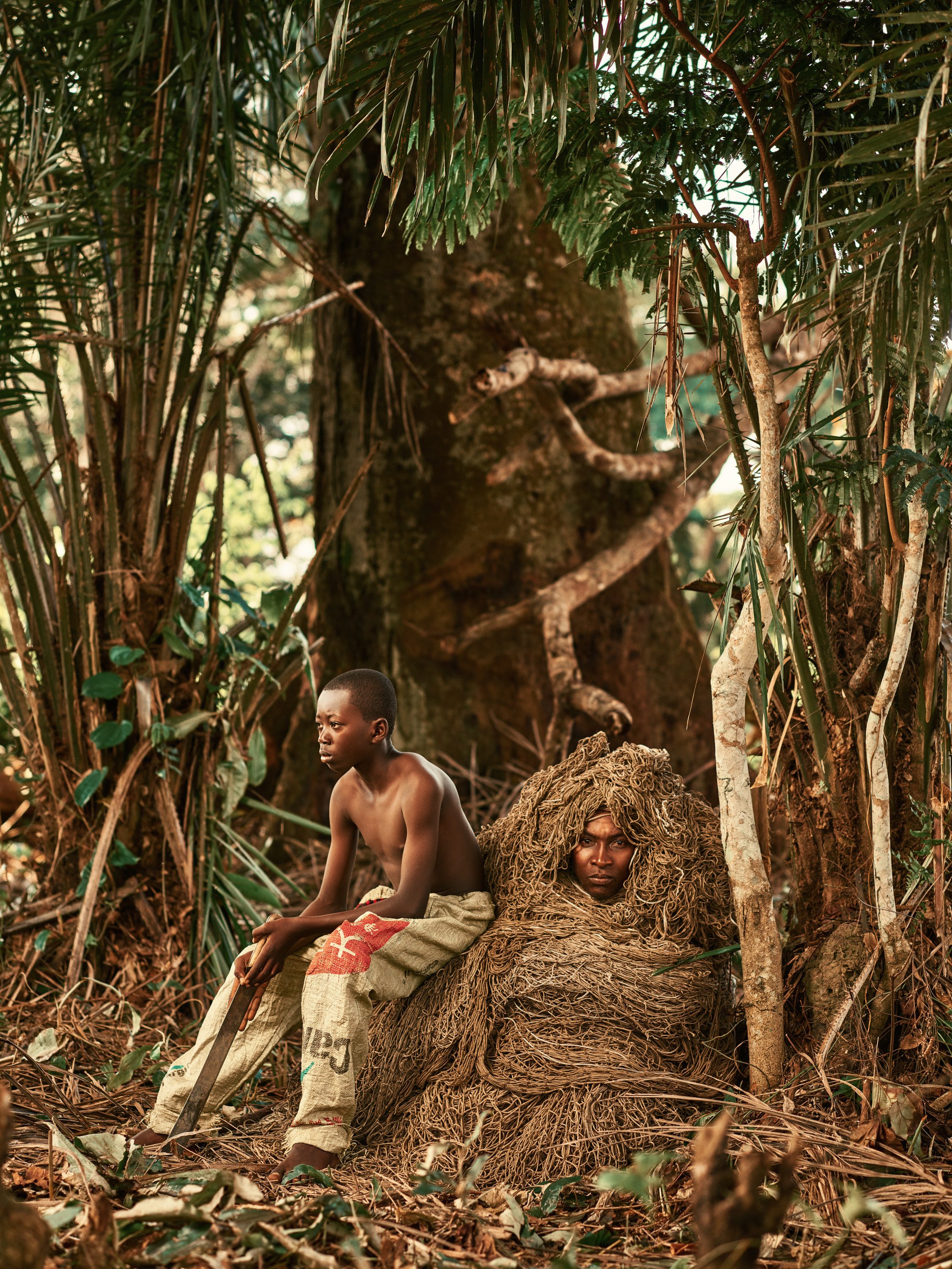 The Good Son, from “The Murder of the Elders” 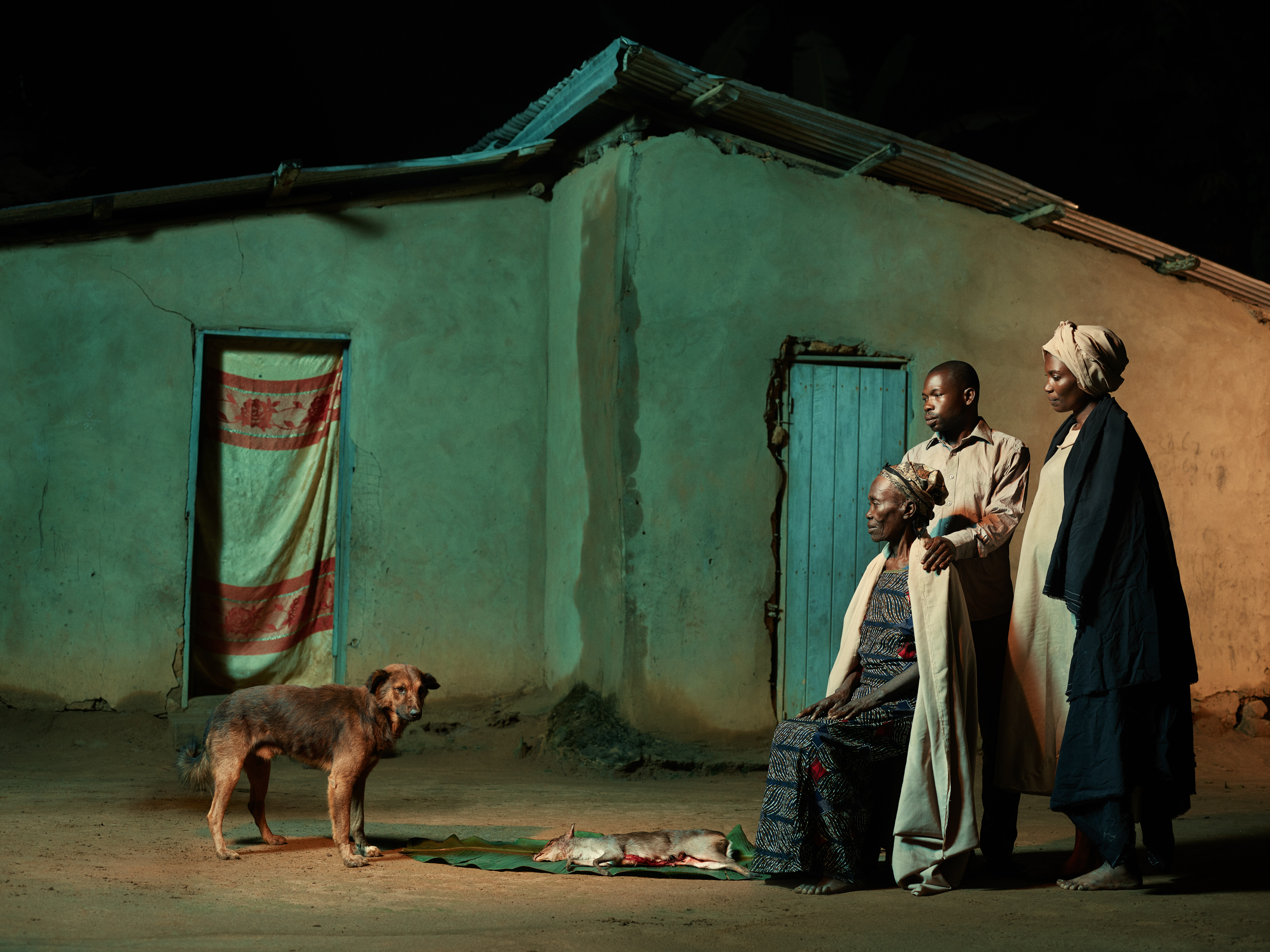 The Test, from “The Poisoned Antelope”

Congo Tales: Told by the People of Mbomo is available now from Pretsel.

Linkedin
RELATED ARTICLES
OTHER ARTICLES
In the last of our dispatches from OFFF Barcelona, Rufus Deuchler and Vincent Gault discuss the future of creative process.
After news broke last week around an expected reversal of the 1973 landmark law that made abortion legal in the US, protestors gathered in the UK in support of American women.
The author discusses her blistering new novel about history, revolution and queer love.
Over the weekend, London locals came together to resist a pre-planned police raid targeting delivery drivers.
Shifting the focus from the cost of living crisis to tackling obesity while many starve or freeze is farcical and pointless, writes Fatzine founder Gina Tonic.
Following the release of his newly republished 1991 book, Redheads, the American photographer reflects on his celebration of ginger people and their magnetic power.