Art & Culture / Photography / Portraits of life, death and desolation on the Western Cape 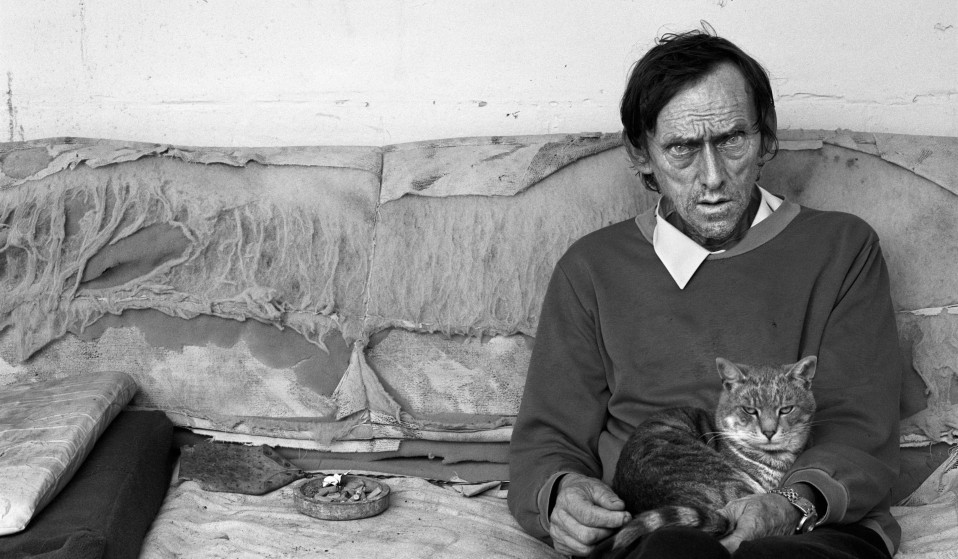 Before his death in 2013, Pierre Crocquet captured thousands of scenes across Africa. In the series Enter Exit, he explores the remote, isolated community of Karatara, illustrating tales of hardship with a warmth and wicked humour.

Before his death in 2013, Pierre Crocquet captured thousands of scenes across Africa. In the series Enter Exit, he explores the remote, isolated community of Karatara, illustrating tales of hardship with a warmth and wicked humour.

Knysna became a prosperous centre of industry in the nineteenth century. But some of its residents were left behind.

Though their work made the area’s prosperity possible, the woodcutters of Knysna forest received no share of the spoils. Exploited for generations by timber merchants, they continued to live in dreadful poverty. When logging of the indigenous forest was outlawed in 1939, the newly-jobless woodcutters were relocated to the remote village of Karatara.

Long isolated from wider society, a number of the woodcutters’ descendants developed severe mental and physical disabilities. Life in the community remains difficult. 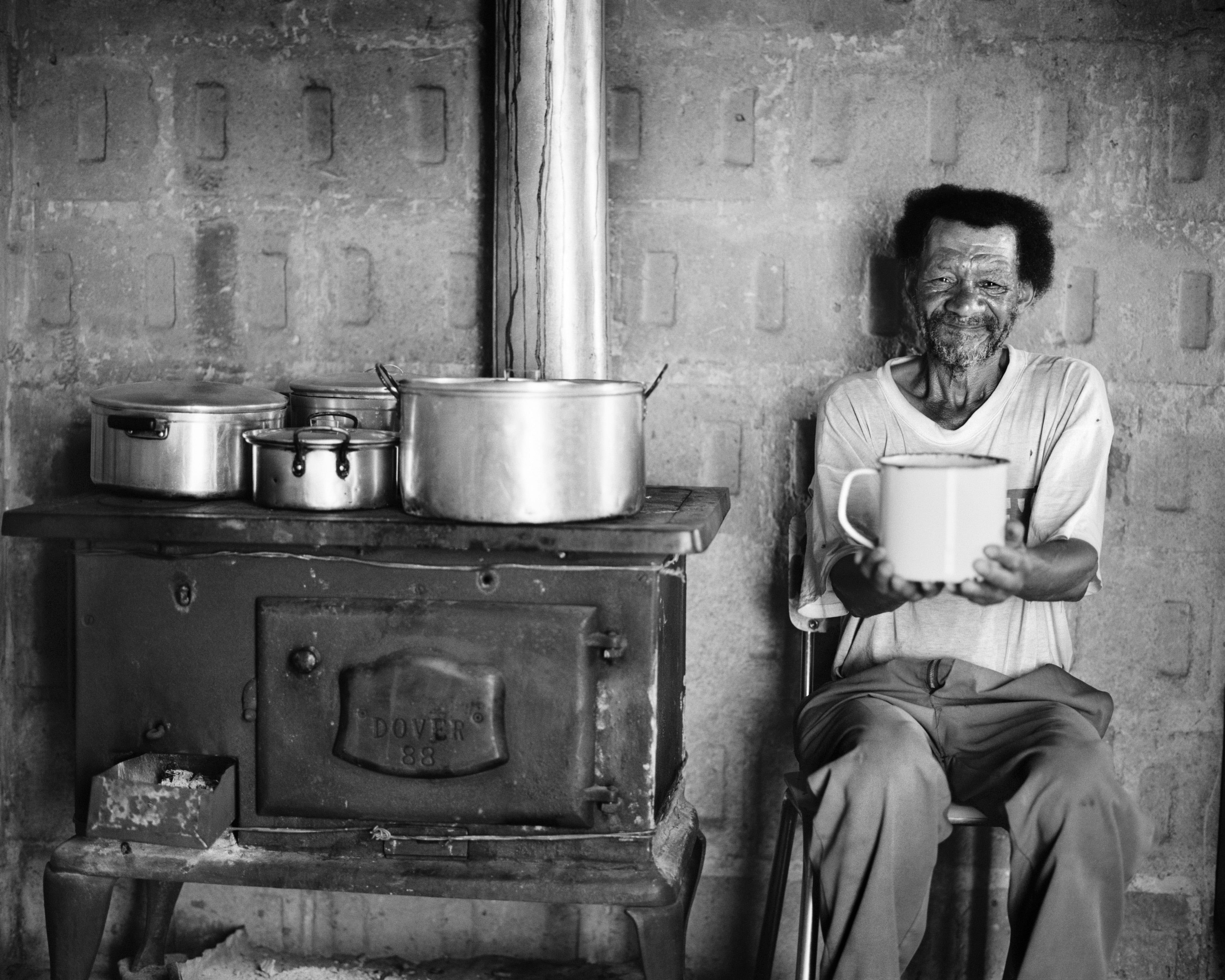 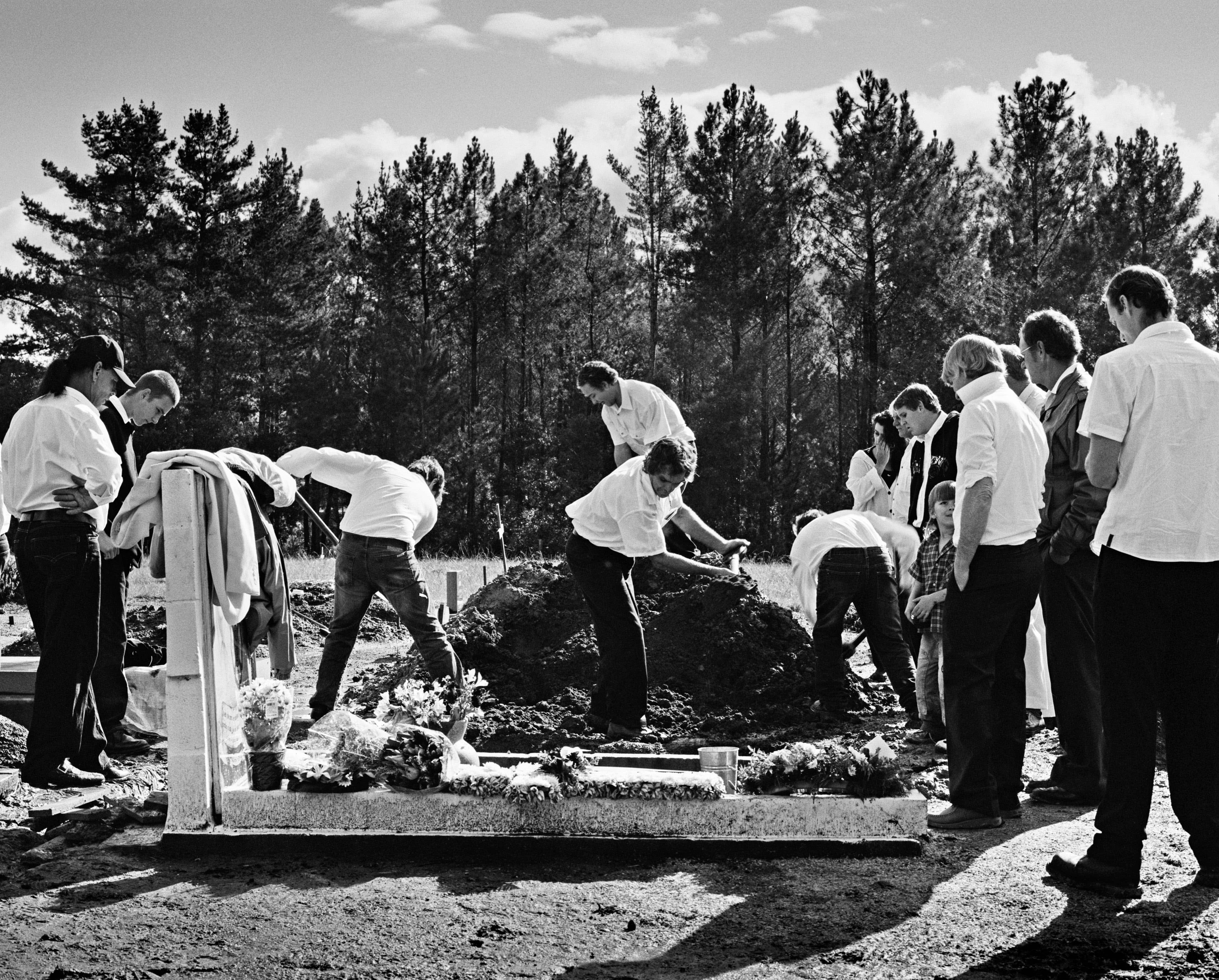 Pierre Crocquet first encountered the woodcutters’ descendants during childhood holidays to the region, and developed an instant fascination with them. Years later, they became the subject of his first major documentary series. Having primarily shot street scenes on 35mm film, Crocquet turned to 6×7 medium format for Enter Exit, a decision reflective of a new seriousness in his work.

Crocquet photographed the residents of Karatara over two years, painting a frank, all-encompassing portrait of the community. He didn’t shy away from the cruellest aspects of life in the Cape – death, disability, poverty – though the series is not without warmth or humour. In one shot, a weather-beaten worker extends a vessel to the photographer in hospitality. In another, an elderly woman nonchalantly sips tea, a pig’s head nestling in a bowl on her table. Elsewhere, a man with no legs smiles in front of a clothesline weighed down by several pairs of jeans. 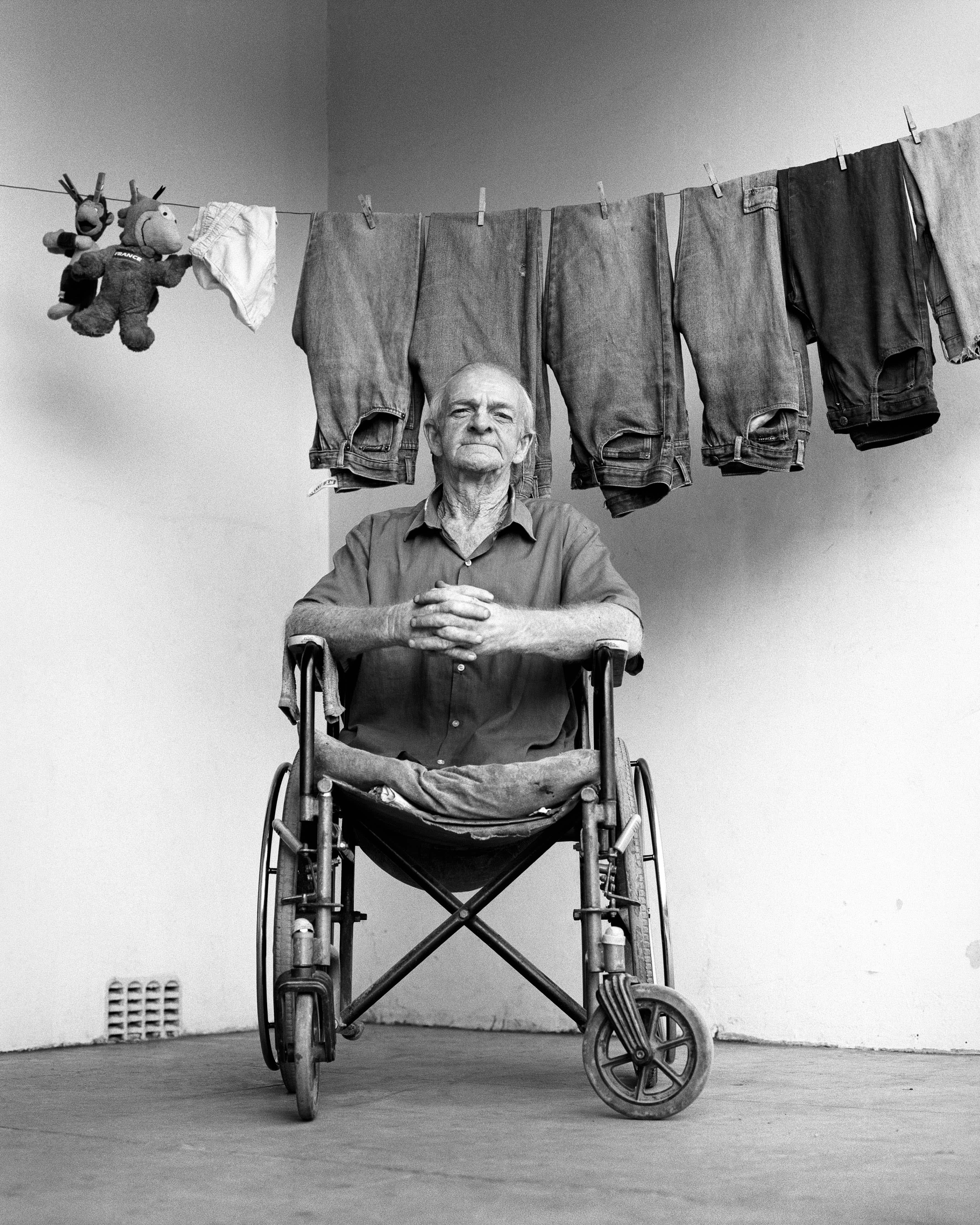 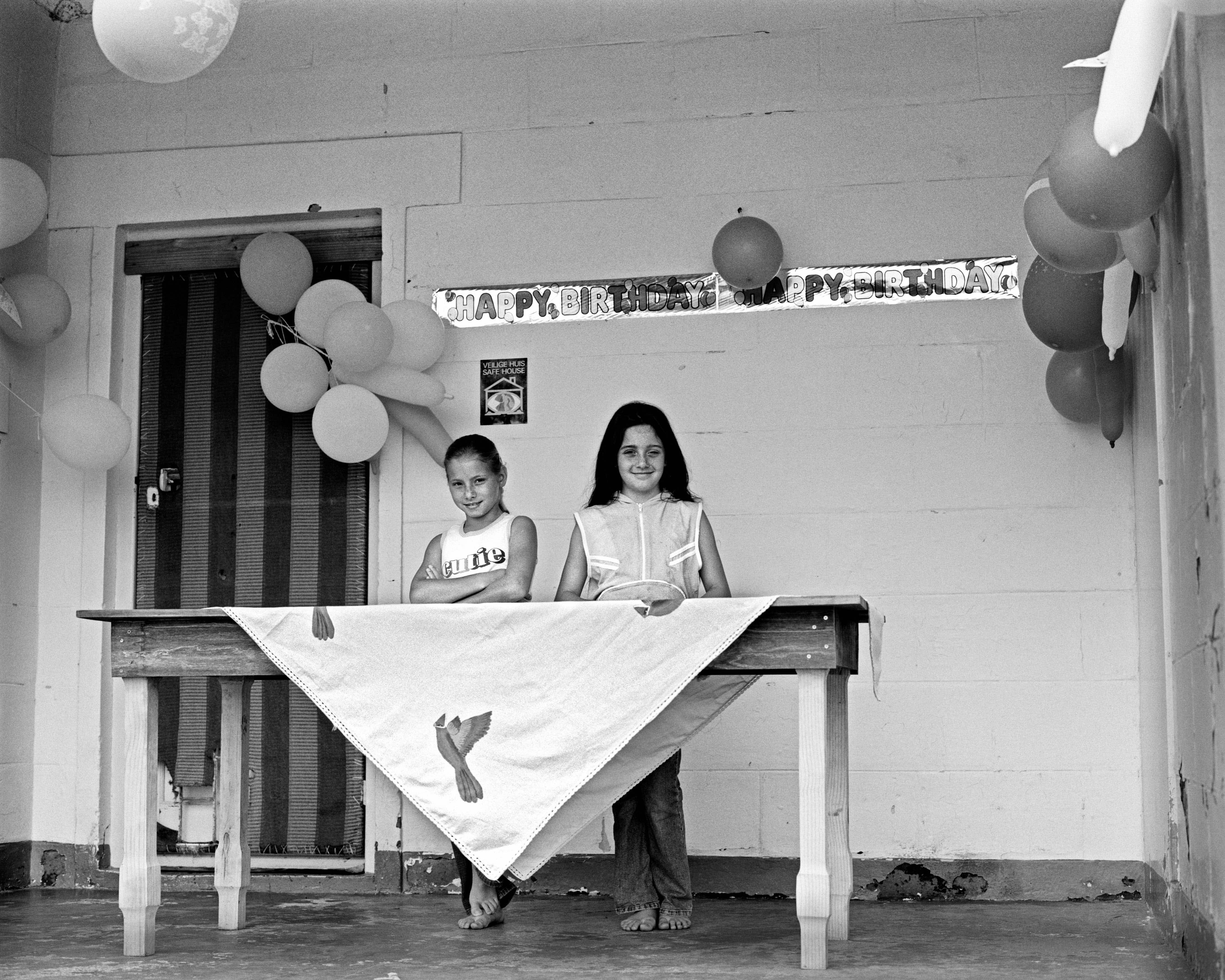 Crocquet, who was killed in a hit and run accident in 2013, left the images untitled, but his field notes, jotted on the back of his initial prints, give clues as to his conversations with his subjects. On the photo of an amputee farmhand is written simply “I walked far”, and “trouble at home.”

Ten years on, a number of Crocquet’s subjects are dead. His portraits of a dwindling population have become more poignant as the residents of Karatara continue to move on.

Crocquet’s own legacy is kept alive by his sister Jeannine, who lovingly organises and shares photos from his archive. His work is still exhibited internationally, and is collected in five books, but social media has spread it further still. Jeannine shares Pierre’s work on Instagram, reddit and Facebook, and on each of those platforms, his work is consistently popular. 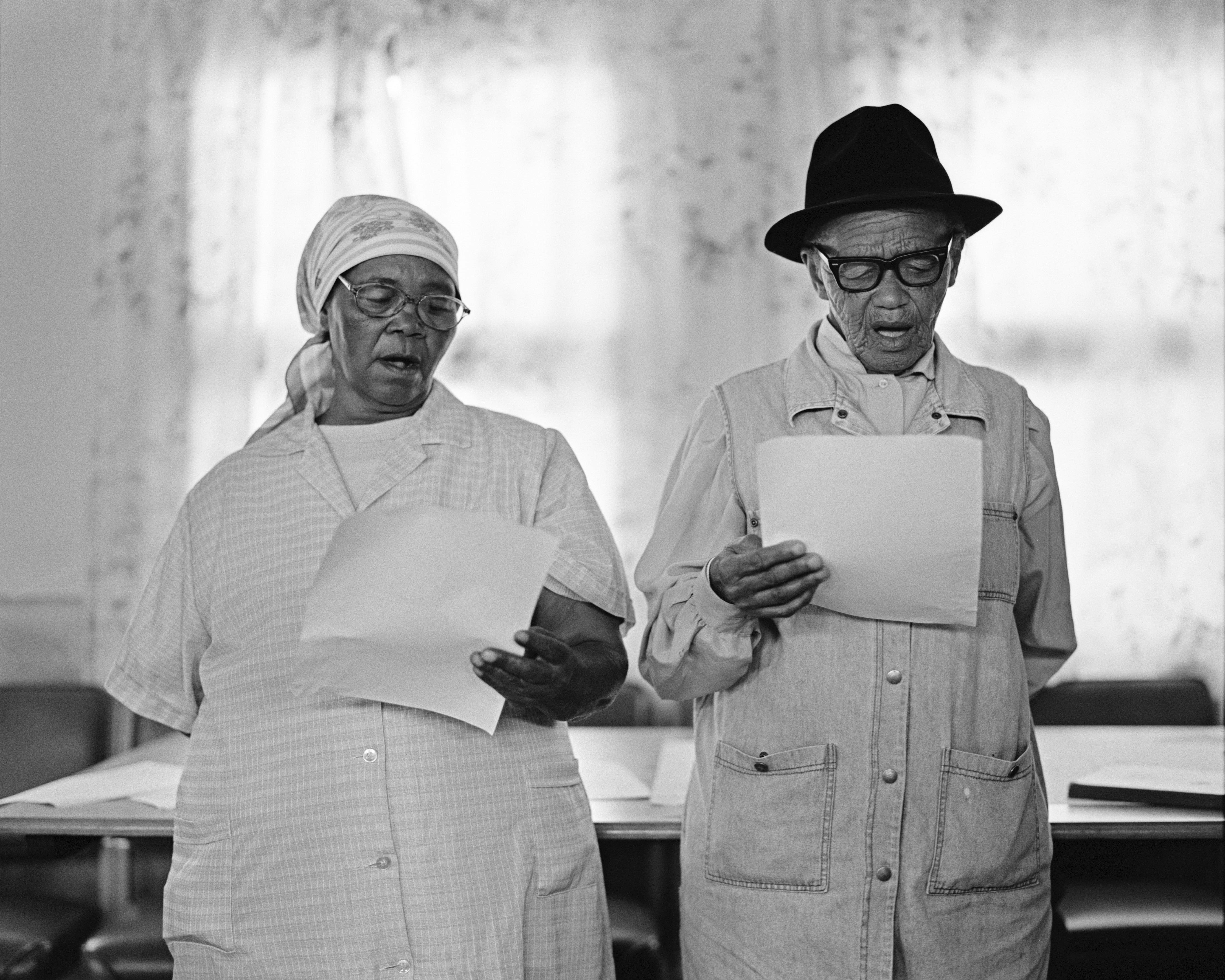 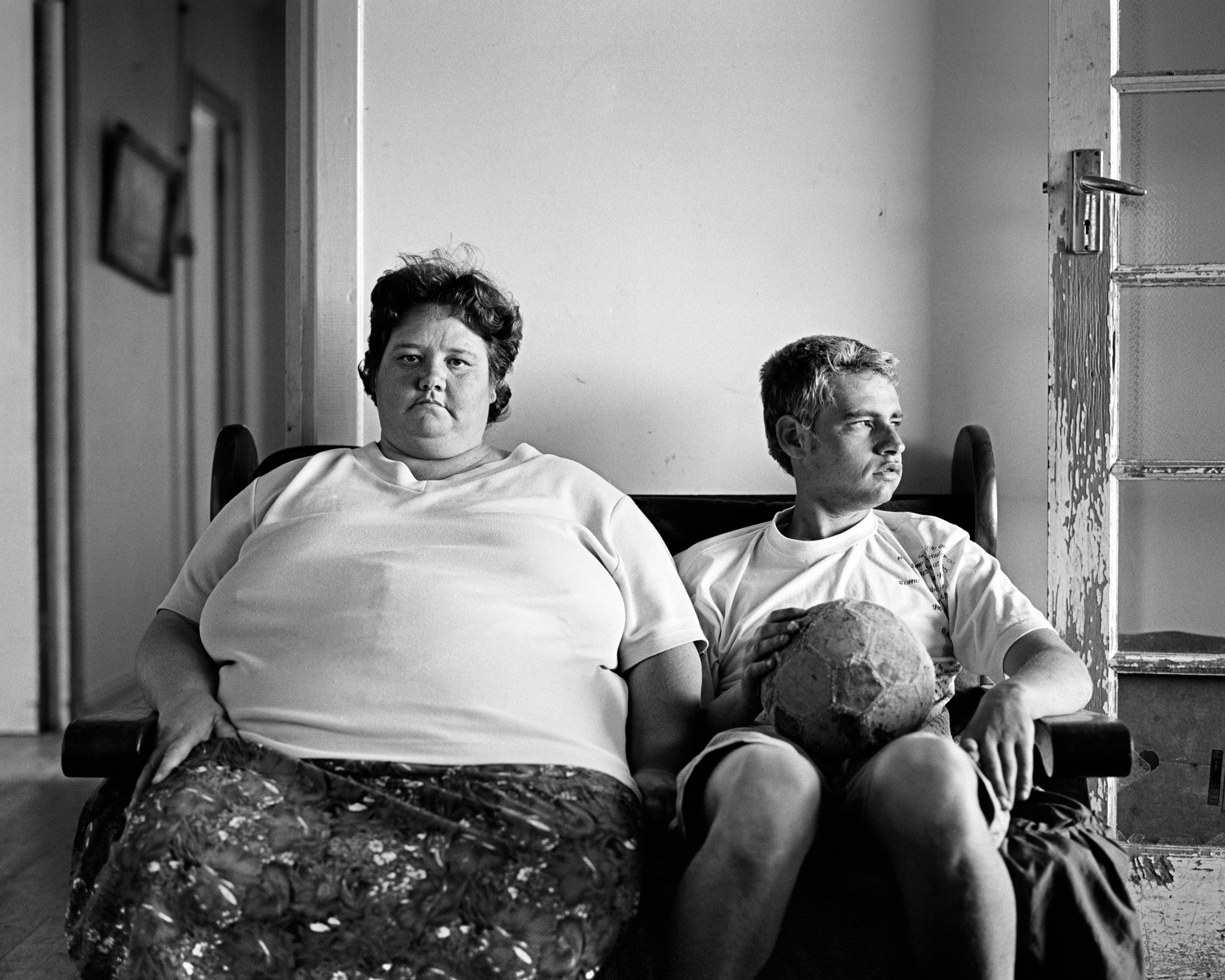 “It’s really quite organic,” says Jeannine, “it goes quiet for a while and then something springs up and there is interest again. The role it has played in bringing awareness to the work is phenomenal.”

Though Pierre’s photographs are popular online, and acclaimed in certain quarters, Jeannine believes they are less well-known than they should be. Some of her brother’s work will be shown as part of a major exhibition at Johannesburg’s Standard Bank Gallery in 2018. Further down the line, Jeannine hopes to re-publish some of her brother’s early street work in a large, affordable volume, making it readily accessible to a new generation of readers. 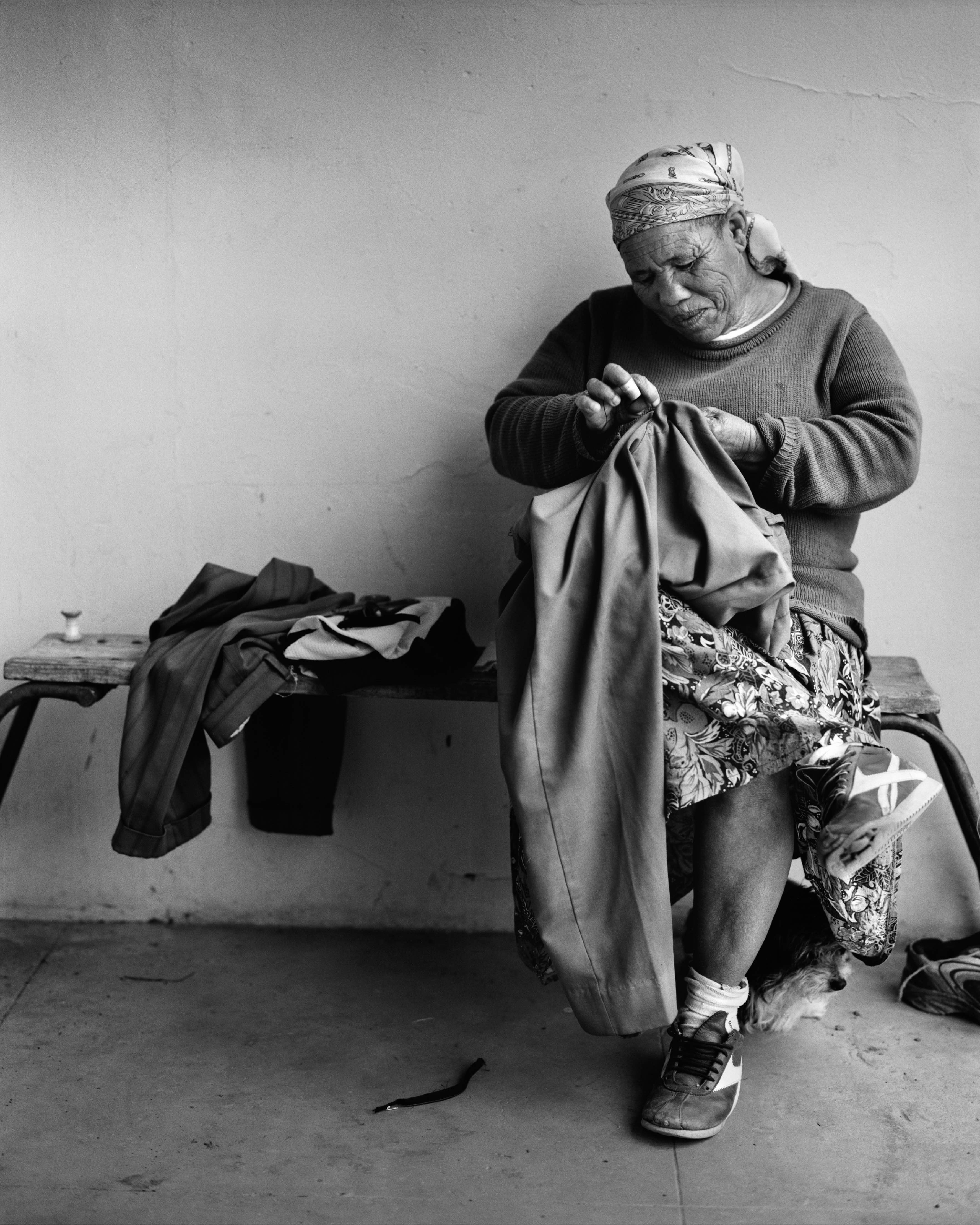 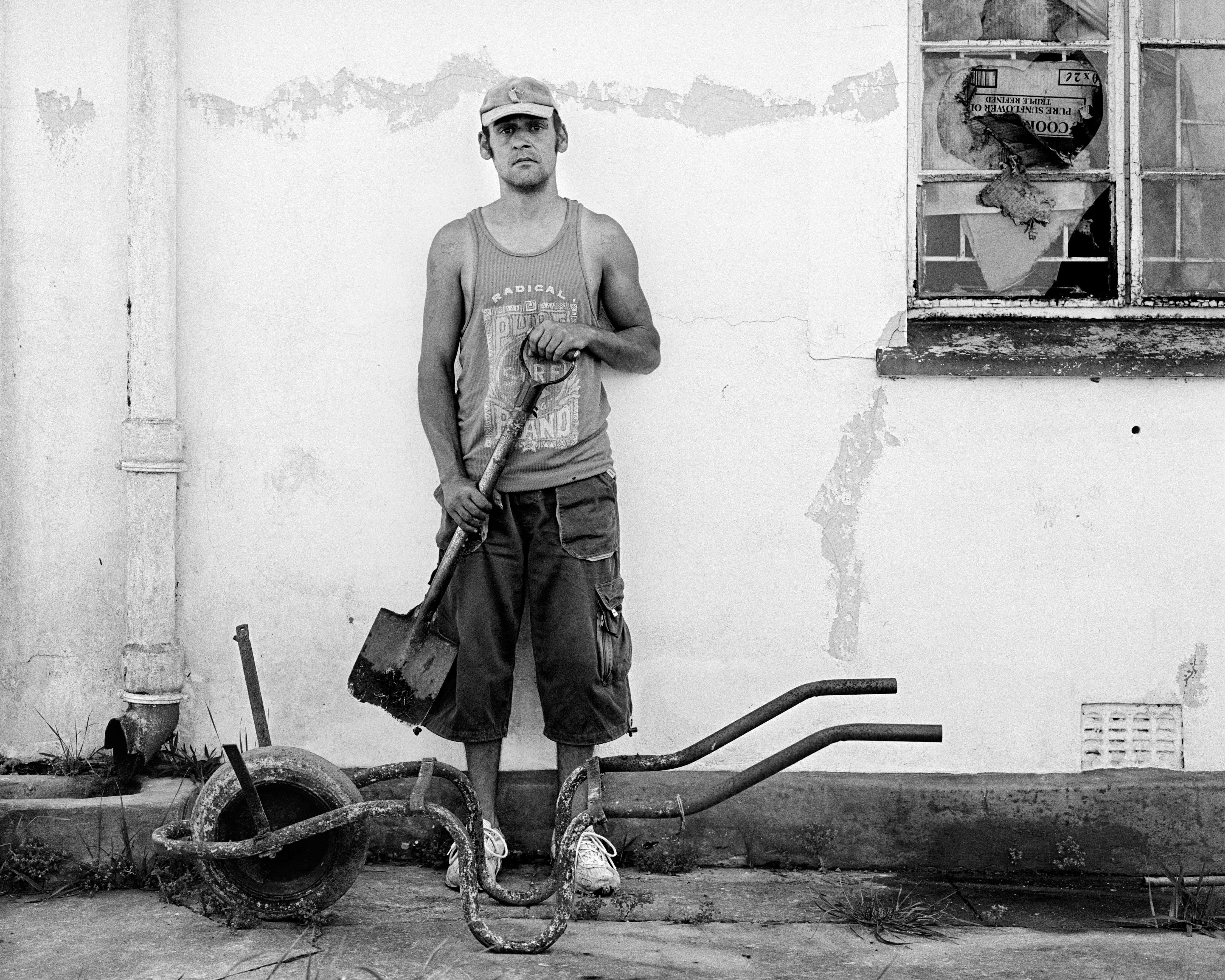 As a specialist in South African art reference, she is well placed to manage Pierre’s catalogue. Little surprise, it holds a particularly important place in her heart.

“It makes me feel really fantastic, quite honestly” she says. “Constantly working with the images, the scribblings on the contact sheets, going through his many notebooks… it keeps him very much alive. It’s a way of communicating with him about something that was extremely important to him.” 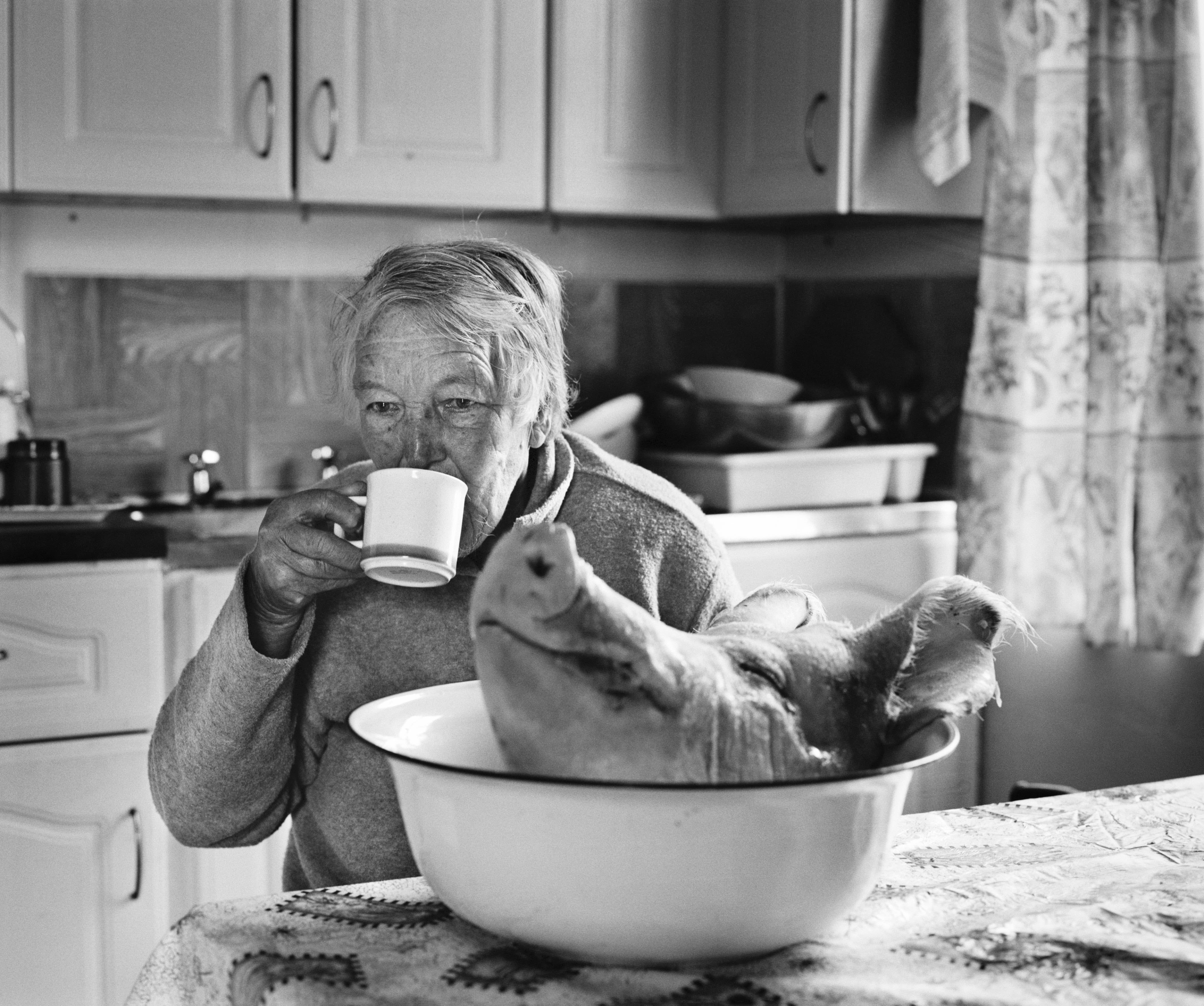 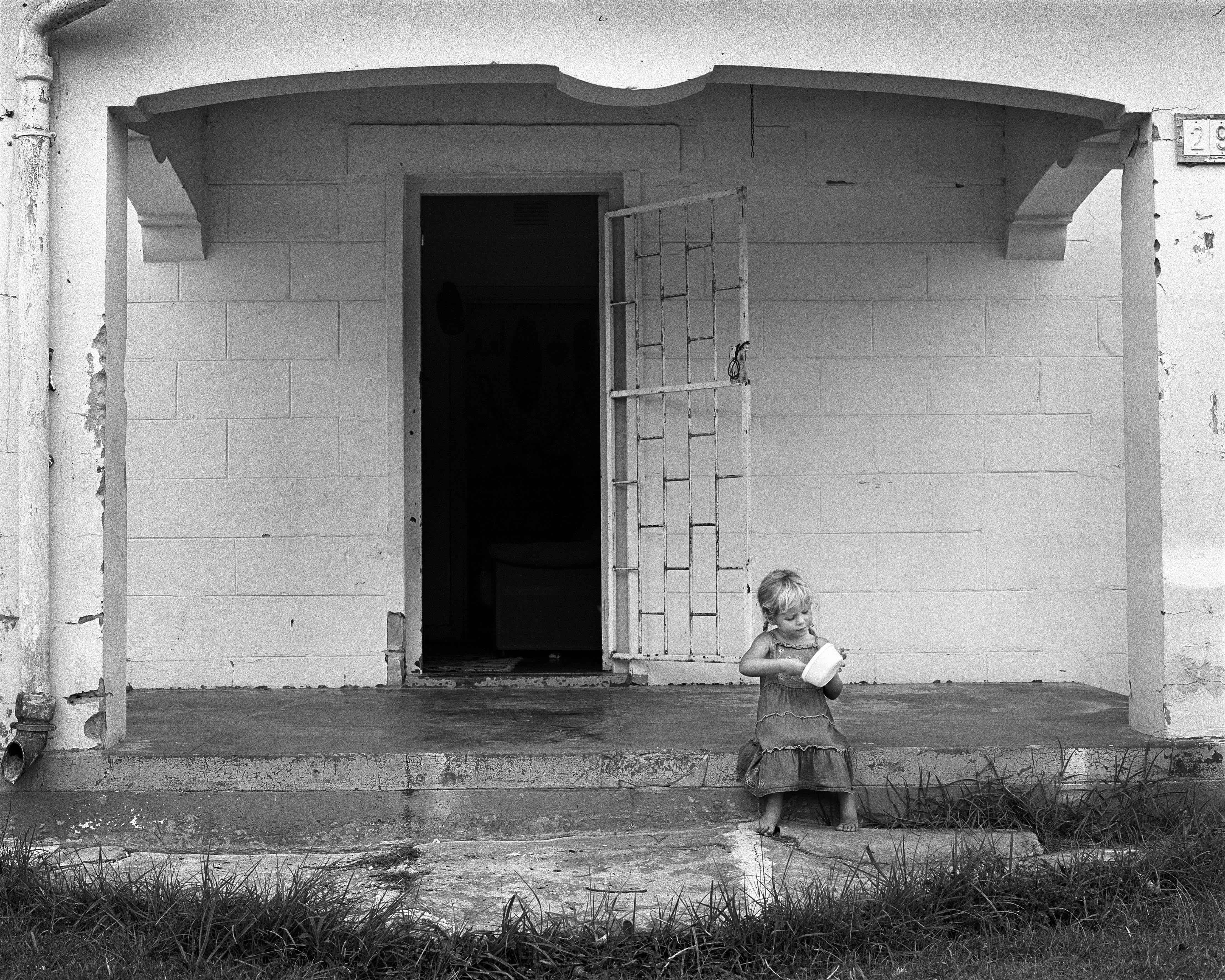 See more of Pierre Crocquet’s work on his official website.

Linkedin
RELATED ARTICLES
OTHER ARTICLES
A sharp increase in officers armed with the electrical weapon is resulting in serious injuries and deaths.
A new series of photos by Johny Pitts shines a light on communities and subcultures that have all too often been overlooked.
Last week, Tower Hamlets council removed its nudity-restricting licensing conditions in a huge win for London’s kink community.
To mark the premiere of his new documentary on surfing giant Gerry Lopez, the filmmaker and former pro skateboarder sits down to share his unique brand of wisdom.
Protestors gathered outside Downing Street following the latest atrocities committed by Israel against Palestinians living in the besieged strip.
From the chip shops, to the bingo parlors and burlesque dancers, photographer Mike Coles remembers capturing scenes of holidaymakers by the English coast.