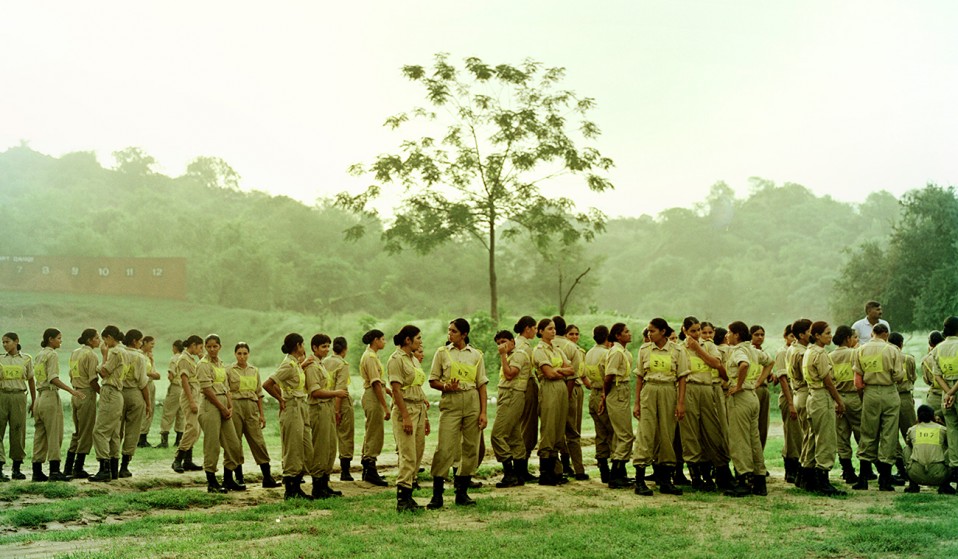 Indian storyteller Poulomi Basu is bringing violence against women out into the light, uncovering systemic injustice.

Indian storyteller Poulomi Basu is bringing violence against women out into the light, uncovering systemic injustice.

India is a complex society – and I was a rebel from a young age.

It was just an inner calling: I didn’t want to conform to what the other women in my house were doing.

I grew up in a very patriarchal Hindu home in Calcutta, where ritual dominated every aspect of our childhood. 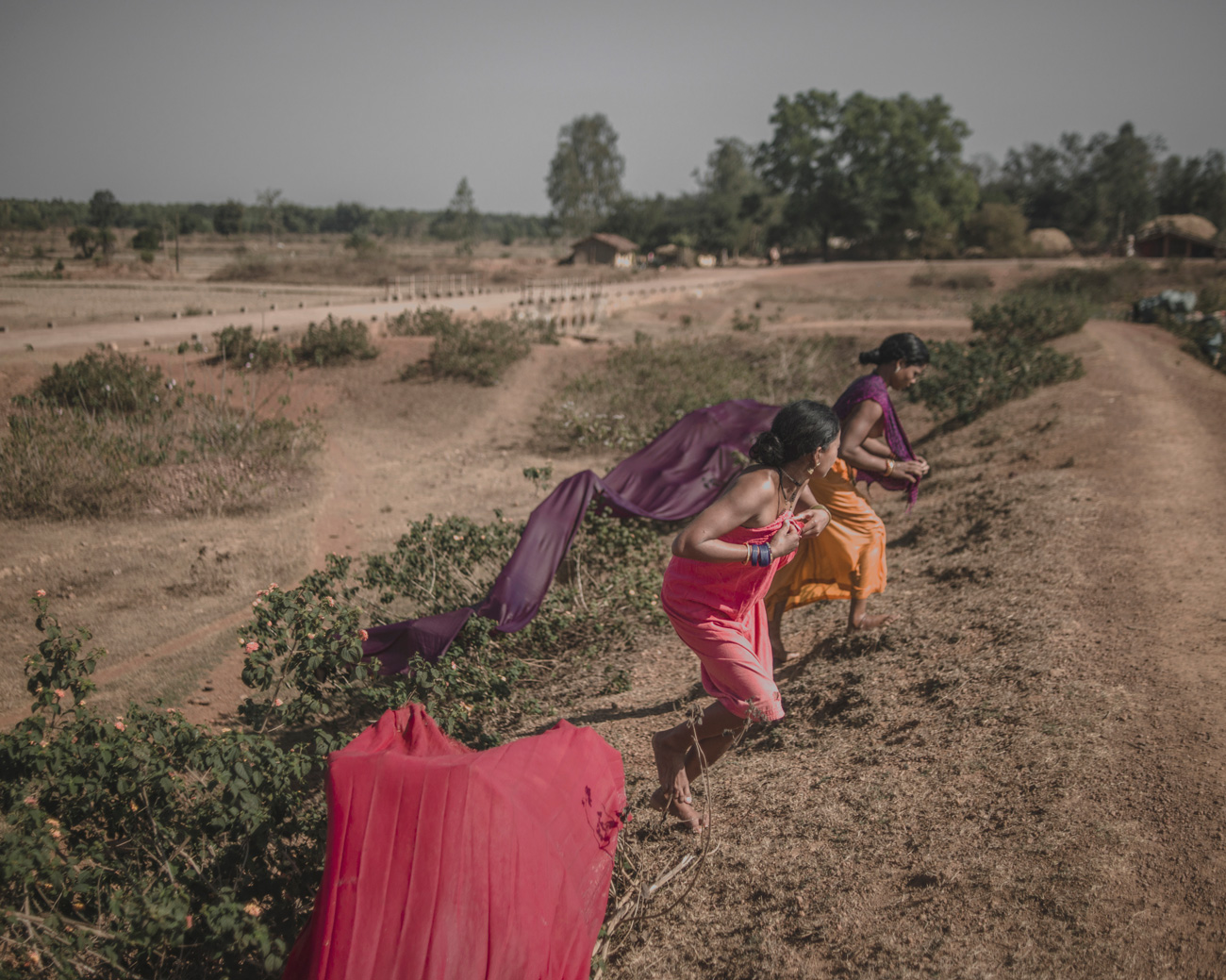 The function of religion is meant for congregation, to bring people together. But these rituals are actually tools of coercion over women.

I experienced ritual-based violence as a mechanism of control in my own home. My grandmother was widowed young, and so was my mother.

It upset me, seeing other women wearing beautiful bright colours, enjoying festivals, when my grandmother wore only white. I saw my mother fasting, even when ill, as a way of honouring her husband. 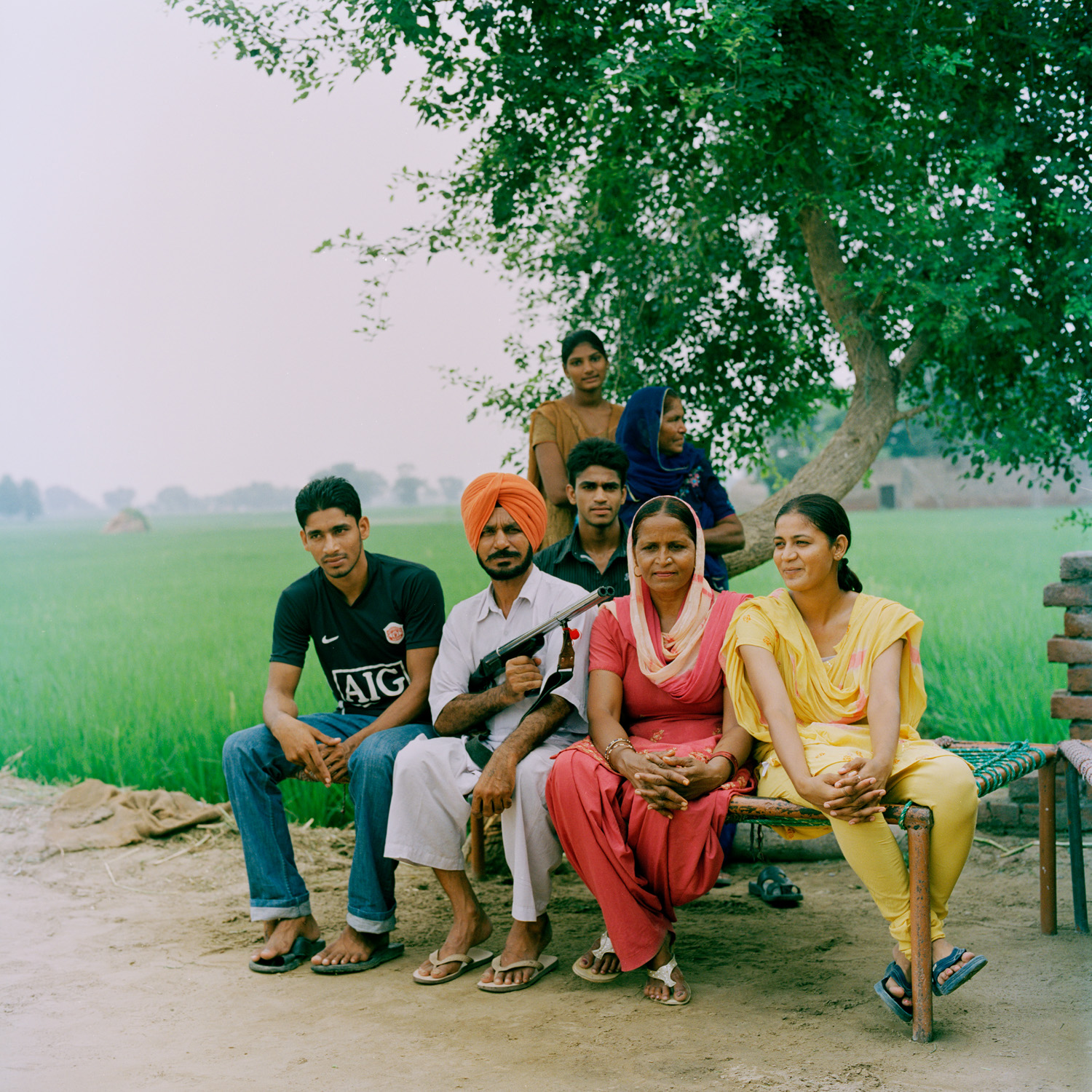 When my period started I wasn’t allowed to take part in festivities, enter the kitchen, or see the male members of my house. It was just so convoluted.

There are even festivals where you are supposed to ask protection from the male members of your house.

I remember thinking, ‘How can I be asking for protection from people who I see as perpetrators of violence? Why must we, as women, follow rituals for them?’ 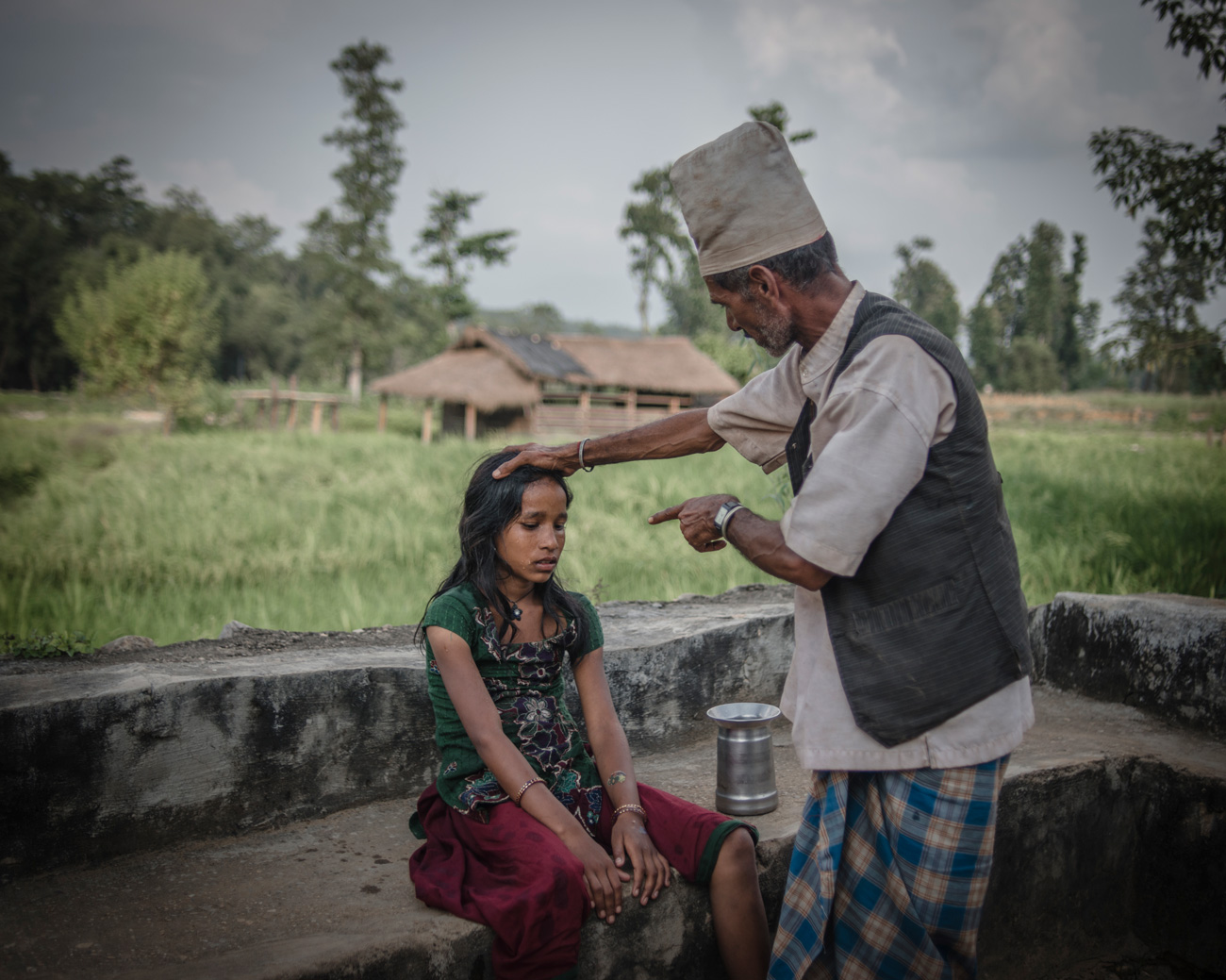 When my father died, my mother encouraged me to leave, saying, ‘There’s no future here.’ So, at 18, I picked up one of my father’s old cameras and I left.

The first story I worked on, To Conquer Her Land, was about female soldiers on the Pakistan border. It questions patriarchy in a very muted way by showing how women, when pushed to extremes, can redefine their role in society.

Indian women are always portrayed as submissive, or praying, or victims of rape, but each soldier’s story was so complex. 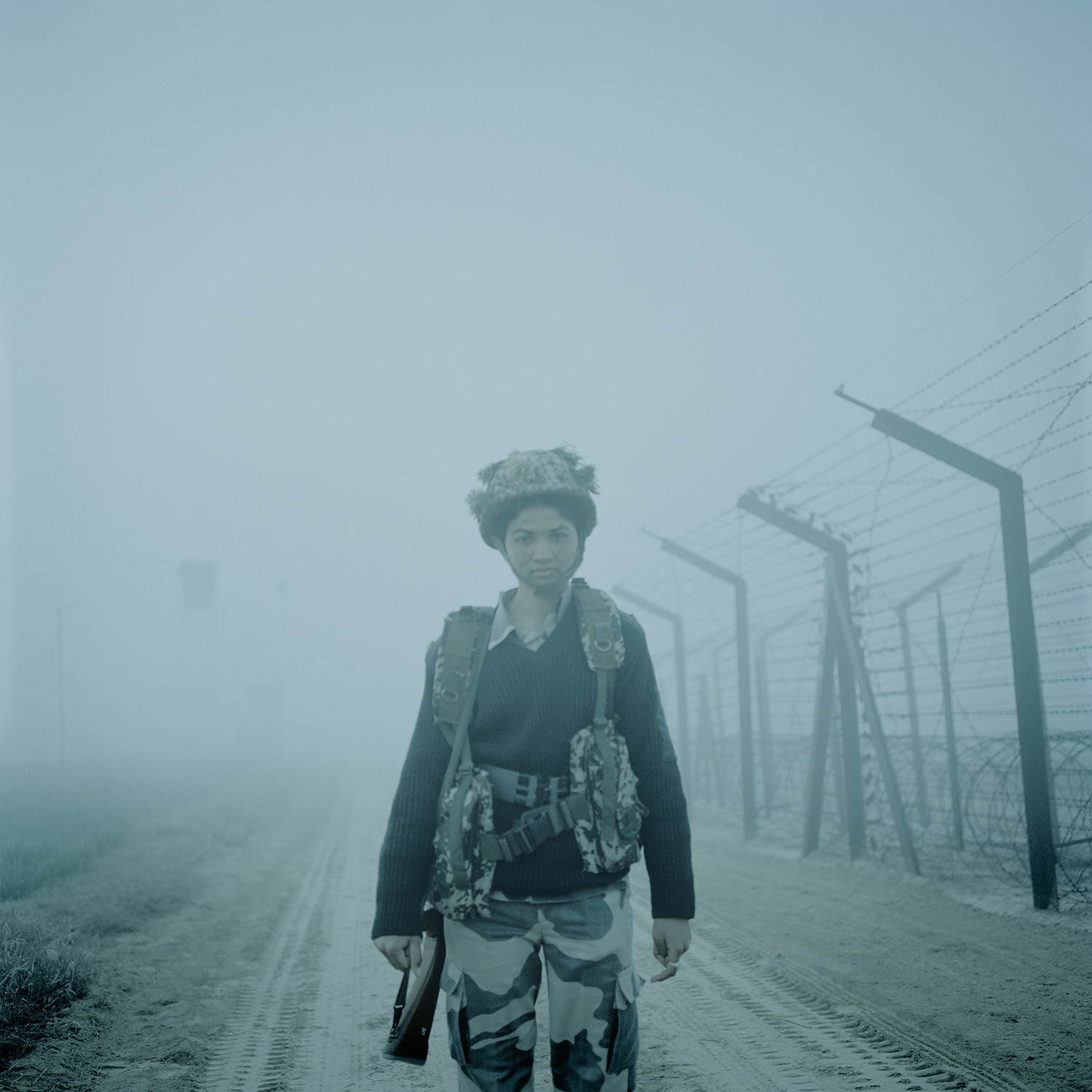 Many had run away, because they didn’t want to get married or were widows; they were looking for adventure they could not get in their homes. I also had to make a journey to get what I wanted, so that story resonated with me.

In Nepal, I’ve been documenting young women forced to live in exile throughout their period of menstruation in makeshift huts. 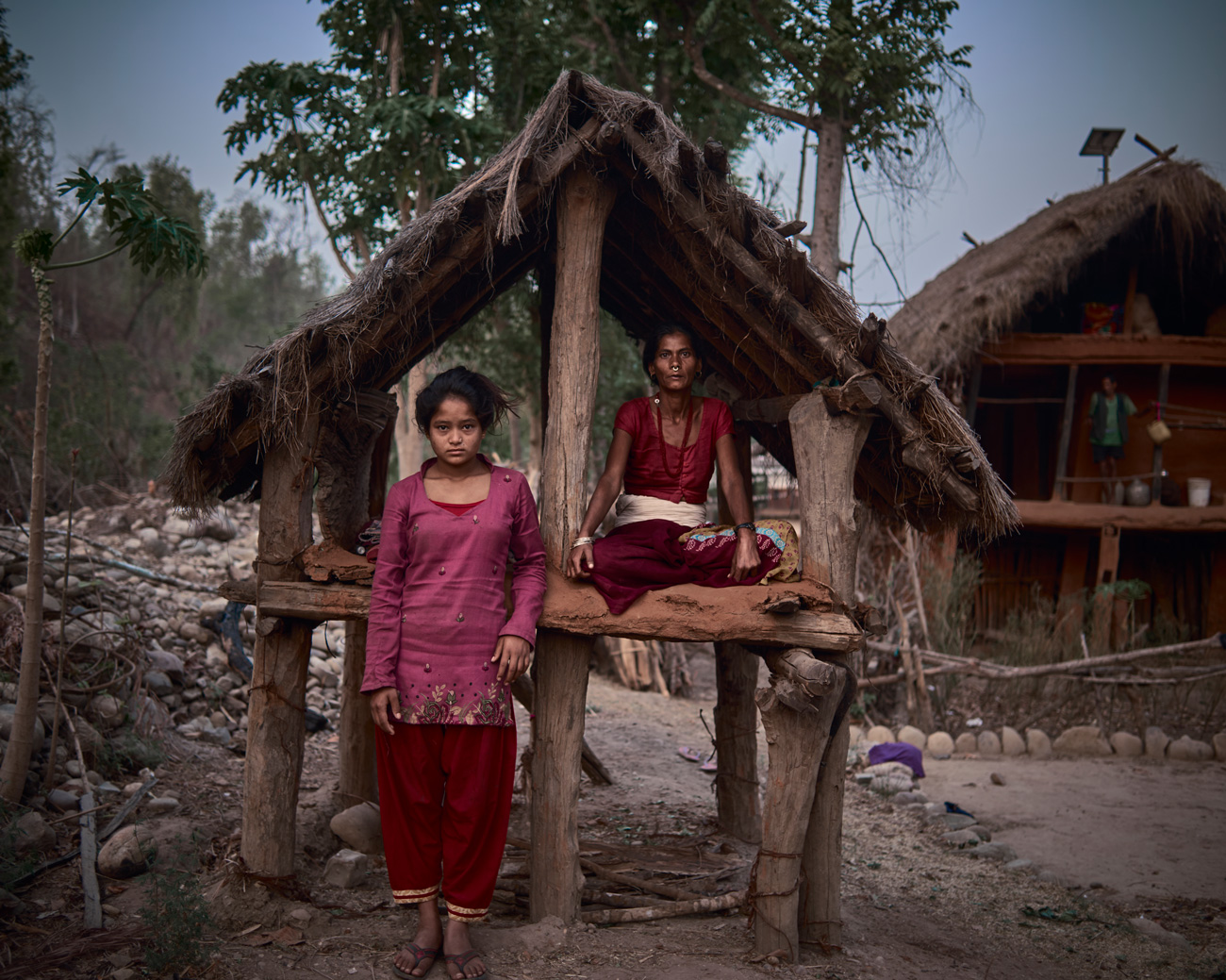 This comes from a traditional practice, called Chaupadi, where women are seen as highly polluting agents because their blood is considered impure.

They are also considered to be powerful because if you’re a polluting agent then you can bring calamity – to family, animals, crops – so you have to be shunned.

Again, it’s a way of controlling women: every stage of a girl’s coming of age is marked by normalised violence. 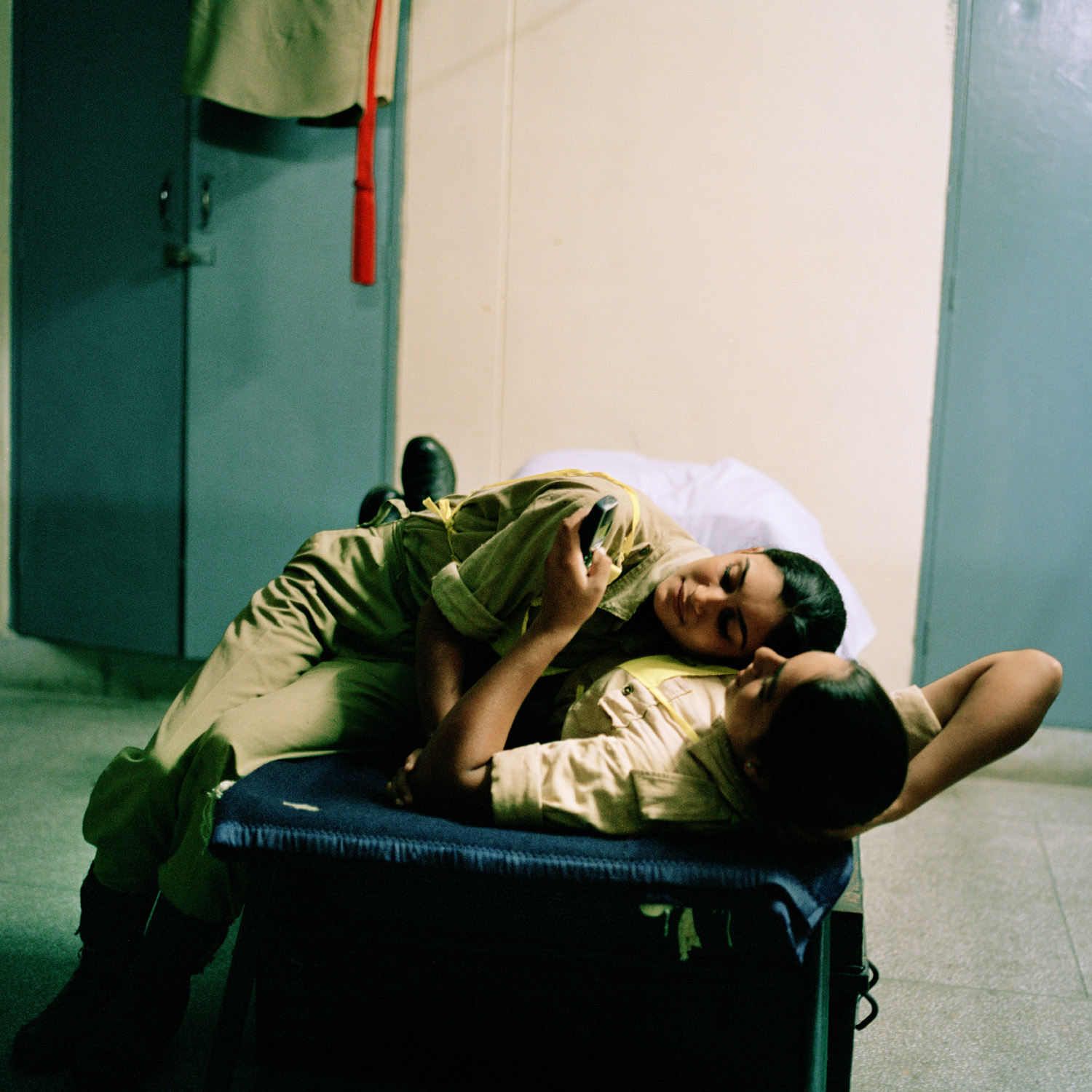 It’s an extremely sensitive story – these are close communities and we’re viewed as outsiders. They’re very protective: I’ve had instances of husbands threatening me with a sharp axe.

It’s pretty unnerving. But one of the reasons I’ve carried on is because I’ve always had the support of the women.

We may be diverse from the outside but, as women across South Asian countries, inside we are united. We’ve all had to fight. 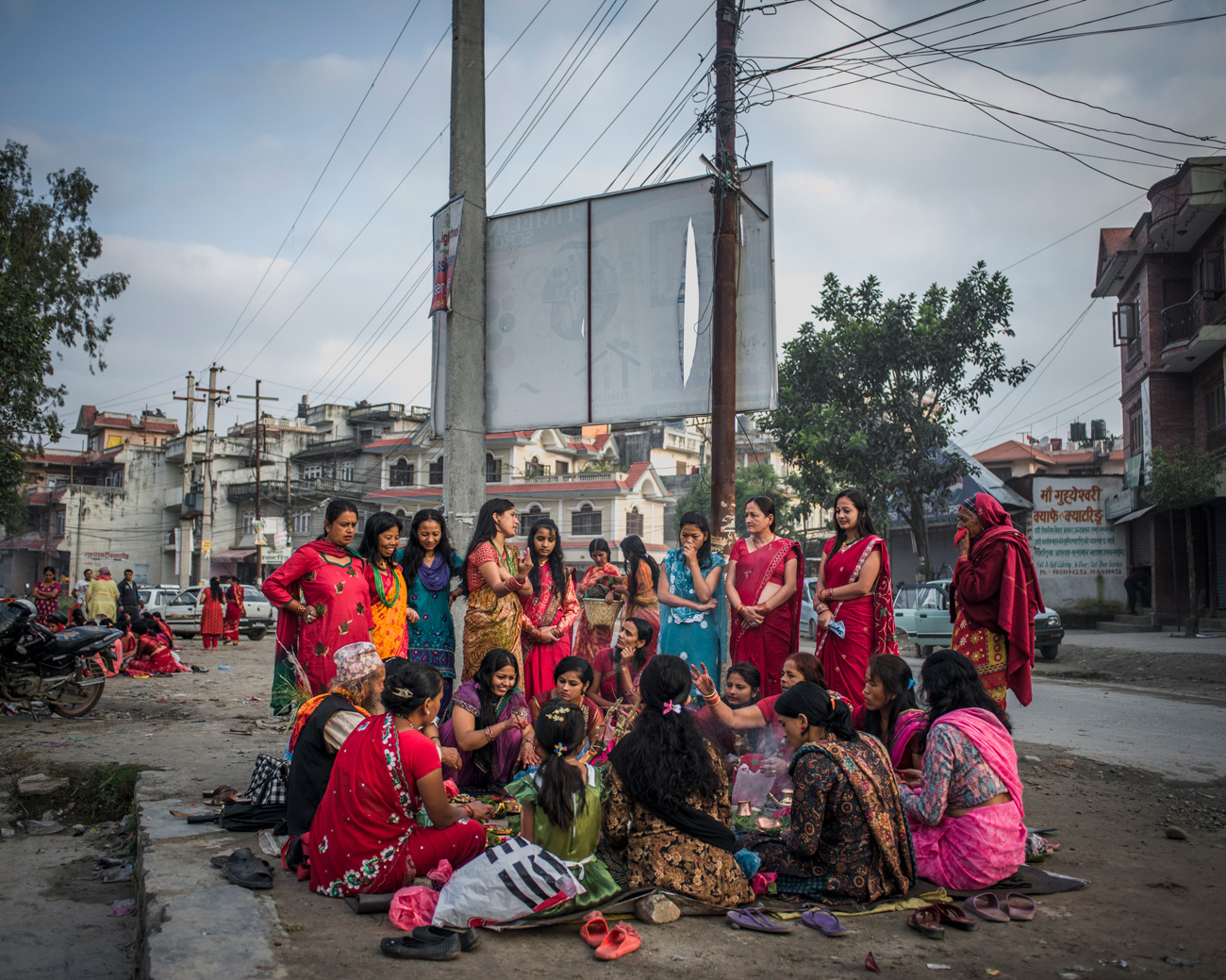 I always felt sad that the only ones who survive are the ones who get out. But why should we have to fight?

One reason I’m investigating normalised violence against women is because injustice is often hidden.

Child marriage or human trafficking are very apparent problems, but in a lot of societies the real issue is benign. 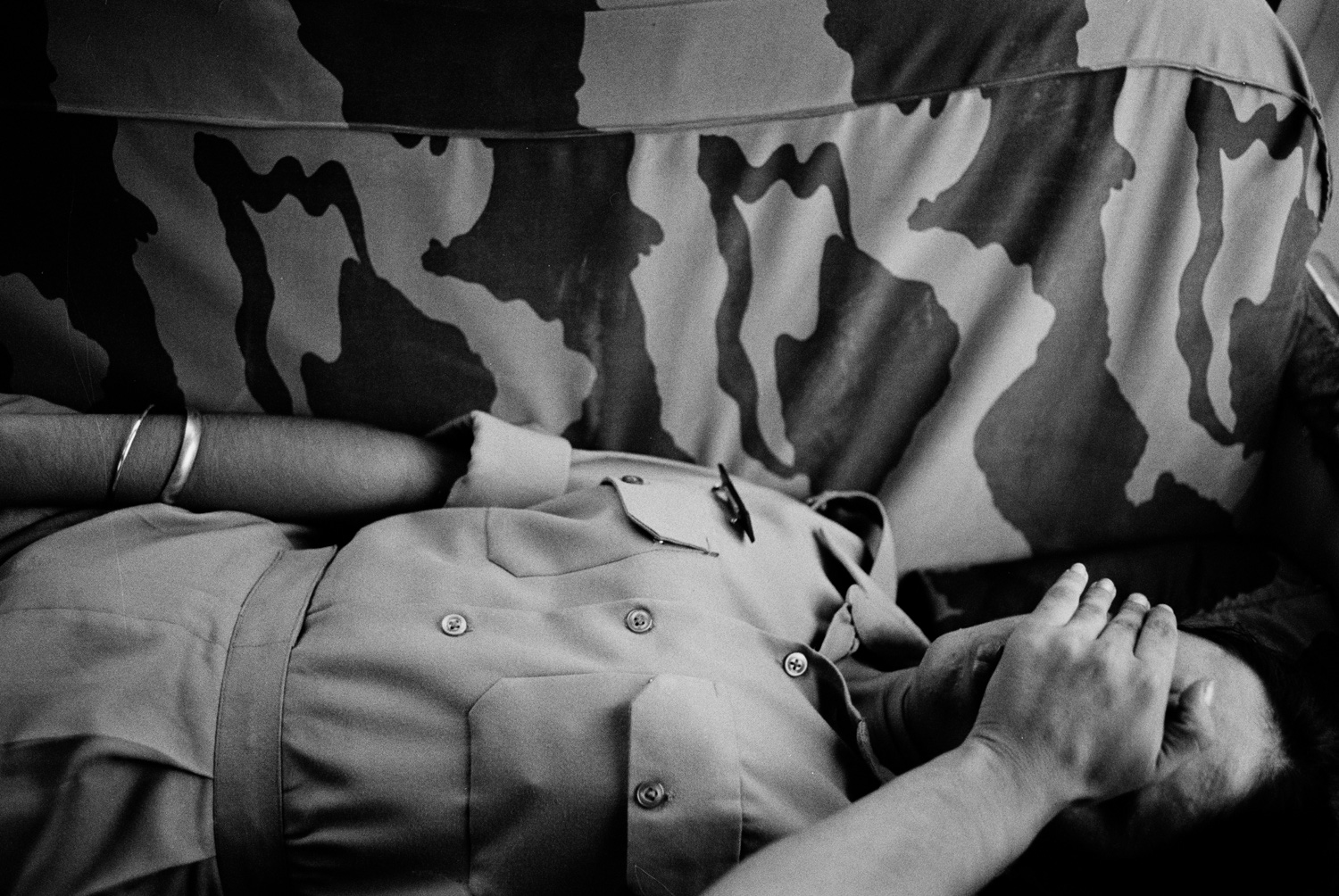 The most dominant narrative that comes out of South Asia is rape. But rape is often the last act of violence.

For me, it’s always been the factors that lead up to rape that really need to be addressed. I genuinely believe that unless you change those structures you will never, ever stop violence against women.

All my personal work demands long-term commitment because I’m fighting society’s structures – and that cannot be changed overnight. 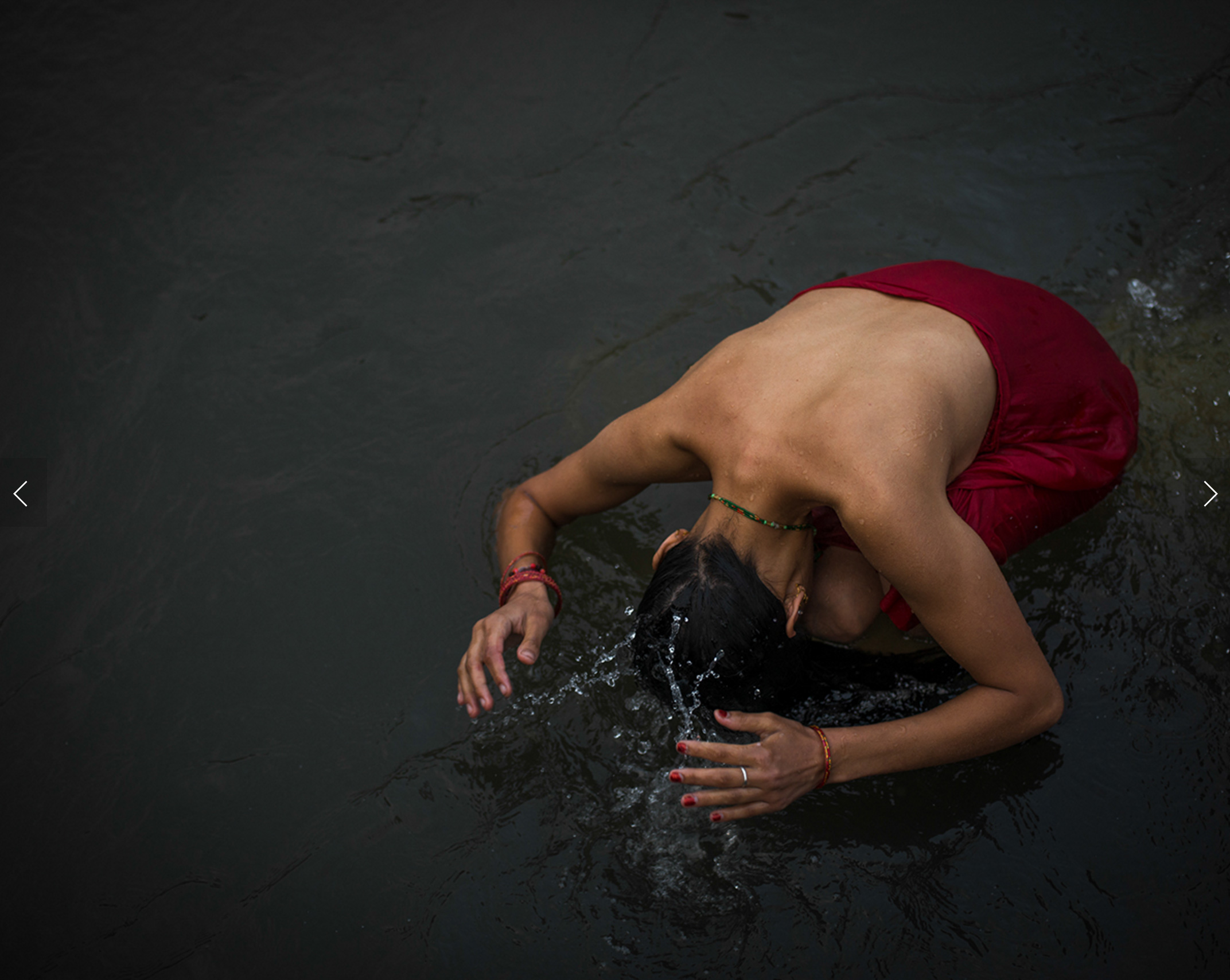 Ideally, I’d like to collaborate with an academic and create a school textbook, where you’re not just talking about gendered violence but you actually see what these issues look like.

We’ve grown up in a man’s world, fighting and suffering, and I want young women to read that. I want it to be a part of our history.

My dream would be to make female mobilisers out of young girls. Once you make little girls into community leaders, then change will come.

A Ritual of Exile by Poulomi Basu was supported by the Emergency Fund grant from Magnum Foundation.

Linkedin
RELATED ARTICLES
OTHER ARTICLES
After fleeing the war in Ukraine, people are finding it impossible to secure affordable and decent housing in the UK.
After blocking the Scottish government’s gender recognition reform bill, Westminster is now devising further changes to the law to make it harder for trans people to self-identify.
Campaigners reflect on what the supreme court’s decision to allow buffer zones in NI means for the future of reproductive rights in the UK.
Zsófia Sivák’s ongoing project documents the country’s tavern culture, preserving a once defining part of rural life.
A new podcast is opening up the conversation between trans women and trans amorous men in the hope of building coalitions.
After a two-year hiatus and a new album, the Nigerian artist is riding high. Now, he wants to bring his alternative, genre-bending sound to the world.