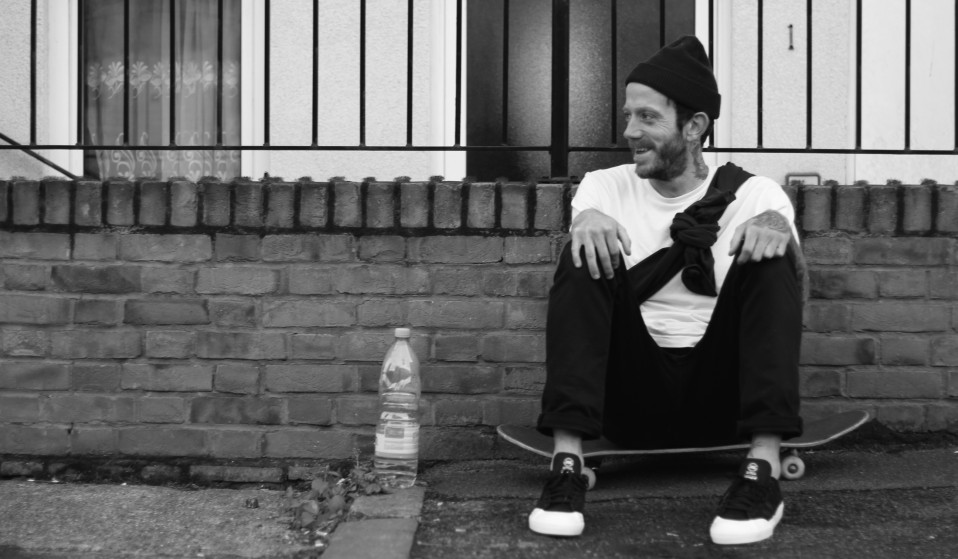 Craig Jackson and Jonny Grant’s London Skate Journal is a community project inspired by growing frustration with the glitz and glamour of how the skateboard community is portrayed. Disposable cameras are their weapon of choice.

Craig Jackson and Jonny Grant’s London Skate Journal is a community project inspired by growing frustration with the glitz and glamour of how the skateboard community is portrayed. Disposable cameras are their weapon of choice.

“I feel that these days, the actual act of skateboarding, as well as all the moments in between that we spend with our friends, can be misconstrued in the mainstream’s growing love of the lifestyle.” These are the words of London Skate Journal founder Craig Jackson, when I ask him where the inspiration for his latest project came from.

As skateboarding responds to the commercialisation of the industry, many skate/art projects seem to glamourise the lives of skaters as celebrities who spend more time on their look than their riding. 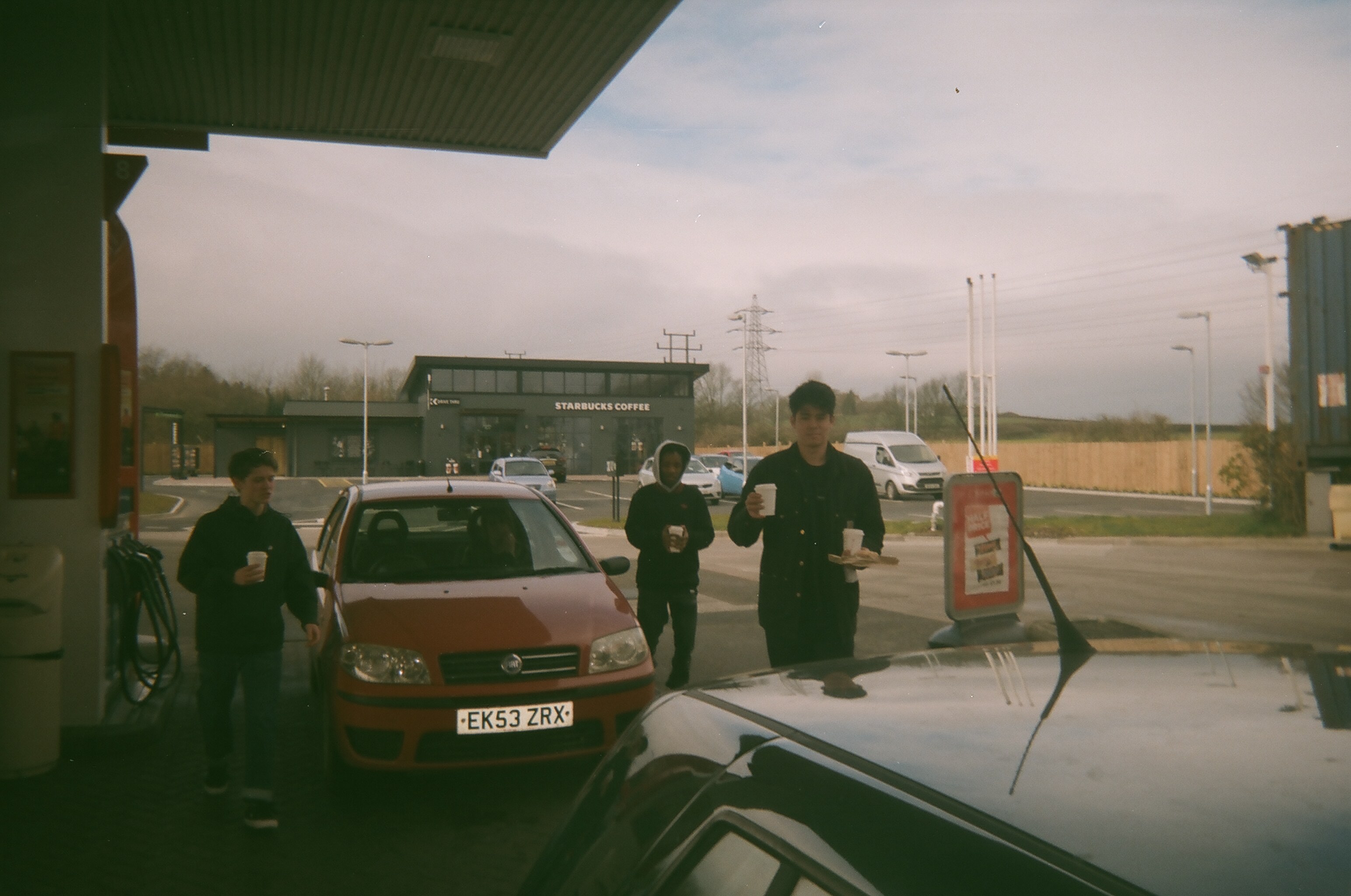 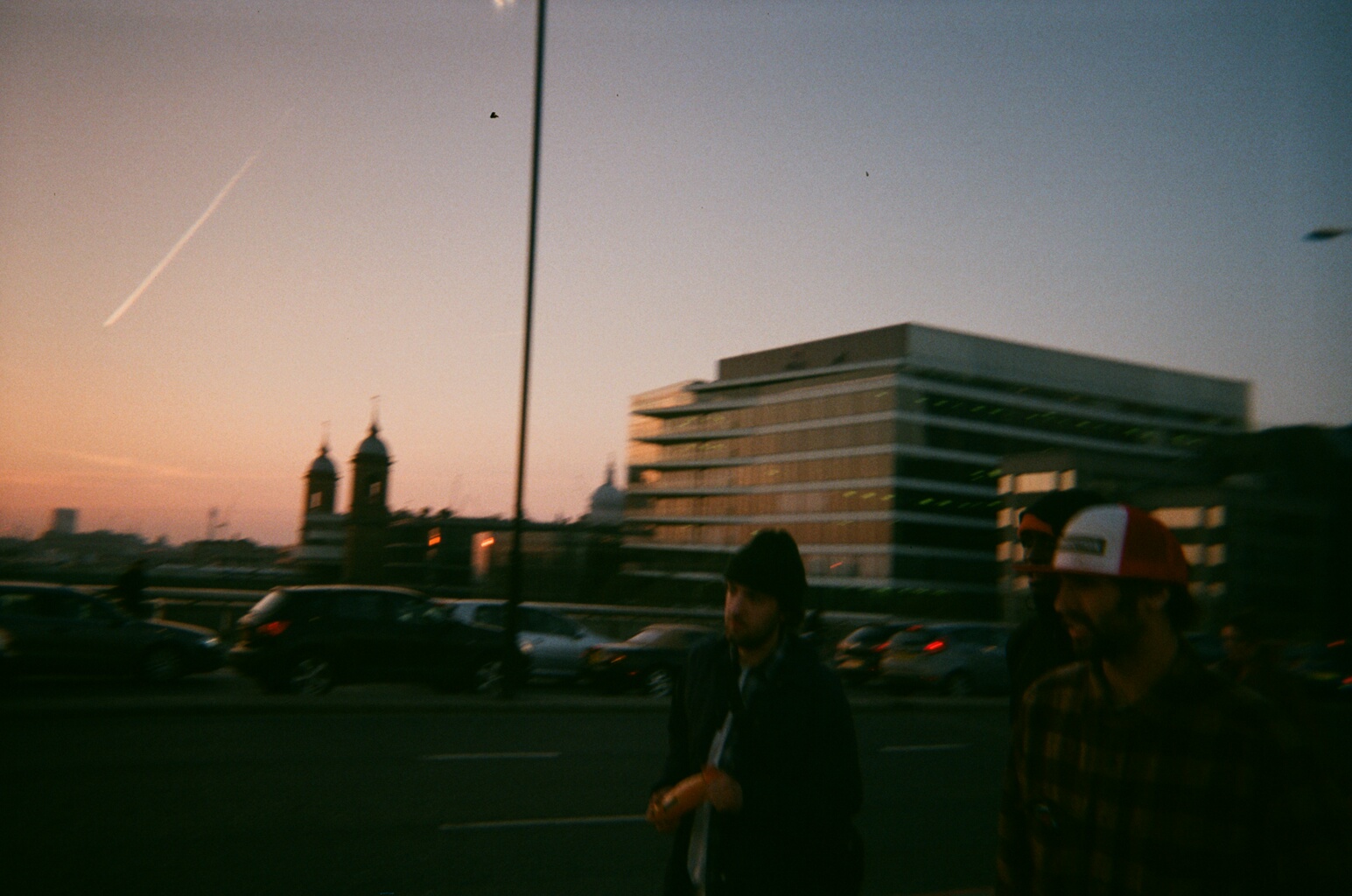 In response to this Jackson and Grant came up with the London Skate Journal, a project that gives skaters free rein to capture the everyday, armed only with a disposable camera. The project ran for almost three months in 2016, with skaters exploring cities from London to Paris in order to satisfy that addiction to the tarmac.

“This was a project that couldn’t be rushed but at the same time we put a lot of pressure on ourselves as we were really excited to see the results,” Jackson tells me. “We just wanted to create something that could give people an honest insight into what its actually like to be a skateboarder in 2016.”

While Jackson and Grant were hoping to tap into the immersive culture of skateboarding – from the friendships made along the way to the hidden corners of their cities – the images also offer a look into the peculiar mundanity of the skating community.

“Part of this project is highlighting the similar situations we all go through as skaters, i.e. regular stops at petrol stations, getting kicked out of spots, lots of sitting around as well as partying. Shane [one of the participants] took his camera to the Supreme Paris store launch which was interesting to say the least.”

Contributors were chosen through a pool of contacts made throughout Jackson’s time on the scene. “I wanted to try and cover the different ends of the spectrum in terms of age and location to try and highlight differences as well as similarities that all skateboarders share on a regular basis.” 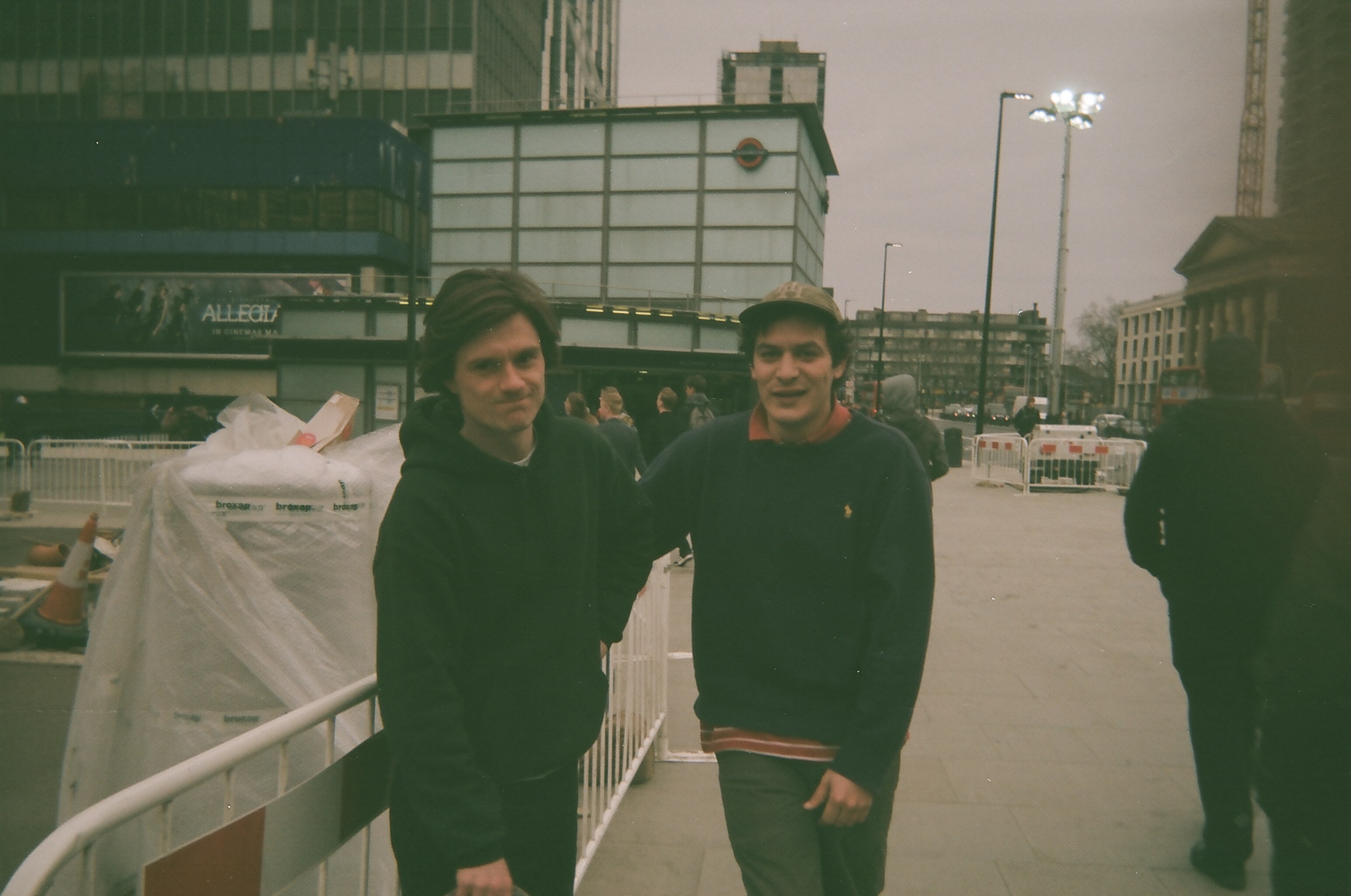 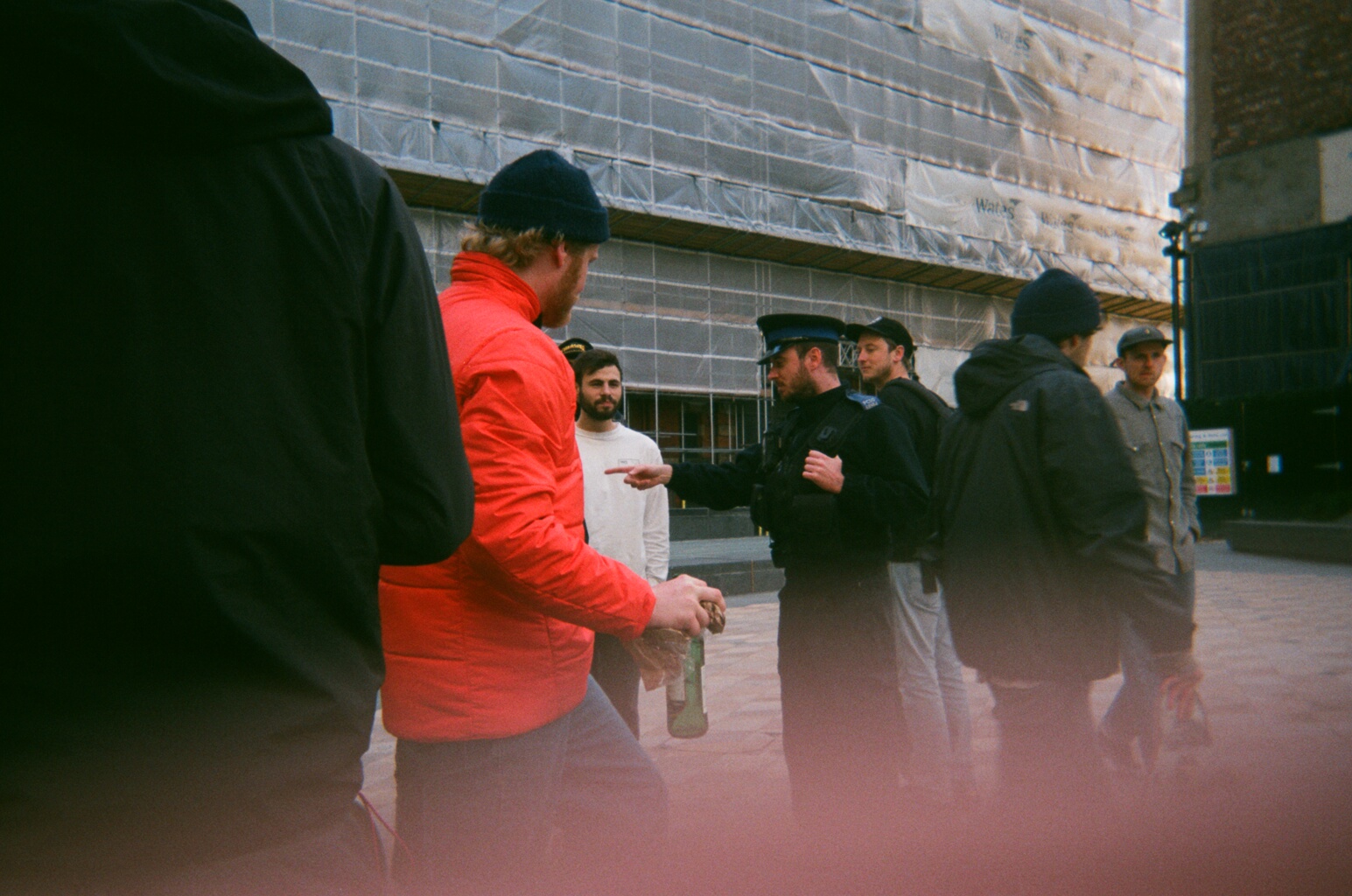 To have some big names in skateboarding involved with the project makes this an interesting endeavour, but it’s the photographs themselves that make this project worthy of your attention. The images have a fly-on-the-wall feel to them, intruding on the most intimate moments of skateboarding. This lo-fi approach brings out a moody colour to the images, a filter which matches the subject matter and makes the moments captured that more engaging. 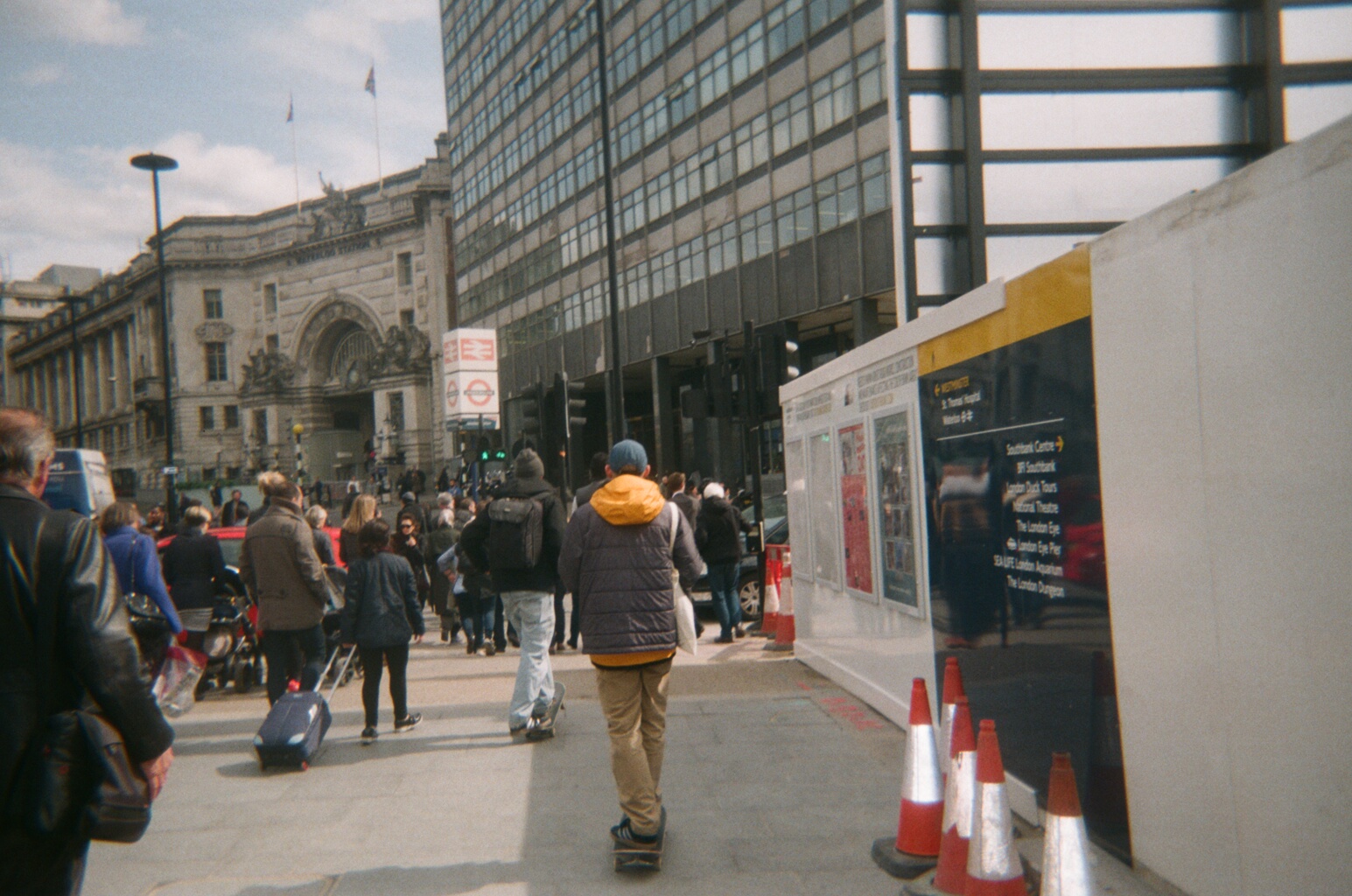 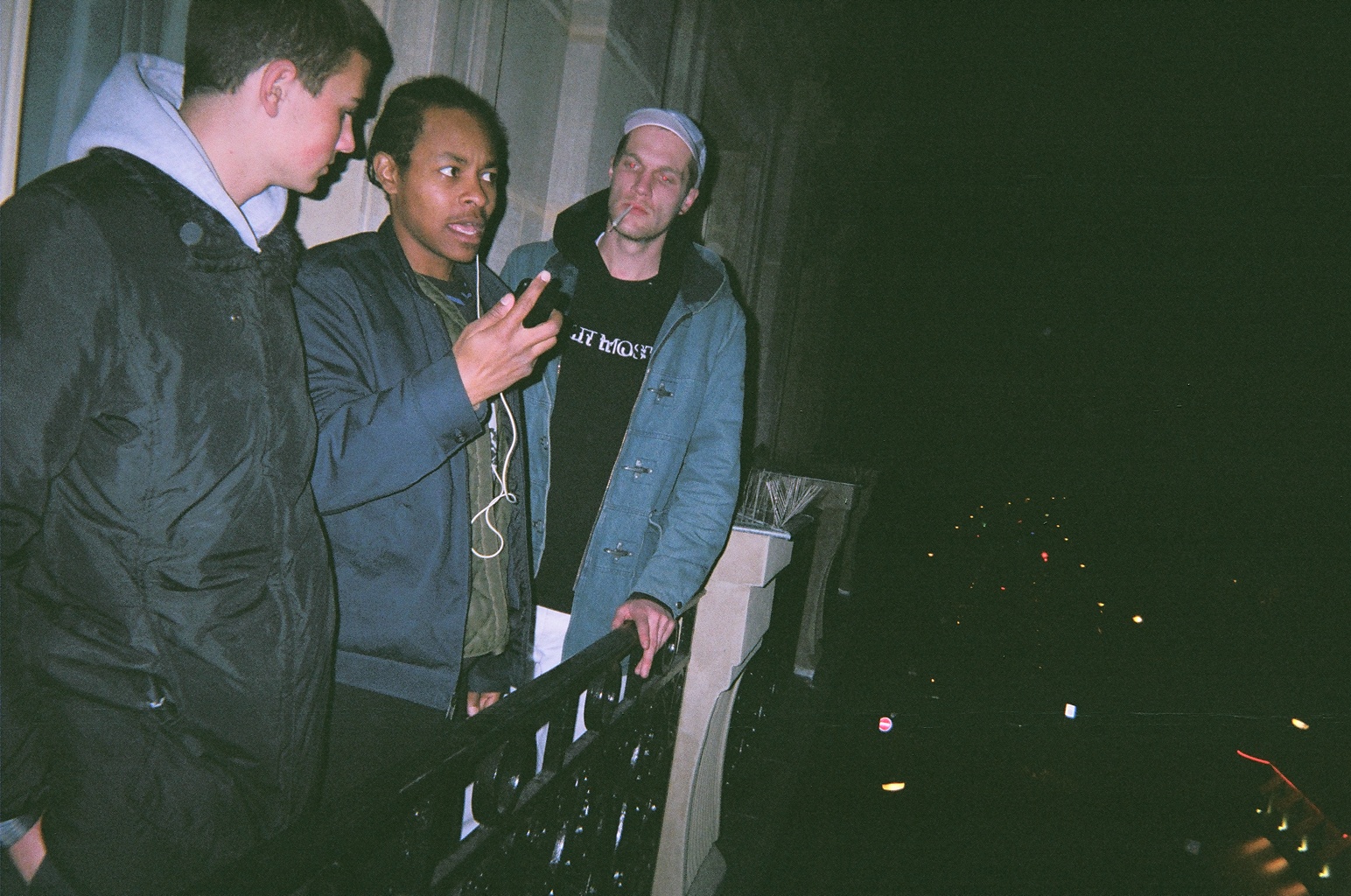 With issue 1 already live, they’re keeping up the momentum and working on how to expand the project for their next issue.

“We love the thought of collaborating with other brands and working with skateboarders all over the planet. We have friends all over the place who travel constantly whether its because they’re sponsored or just choose to live life that way. Its just really fun creating something so simple yet so effective but right now we’re just focusing on getting issue 2 finalised.”

Issue 1 of the London Skate Journal is available online now.

Linkedin
RELATED ARTICLES
OTHER ARTICLES
50 years since its inception, and the campaign calling for recognition that capitalism depends on domestic labour is as pertinent as ever.
With inflation now at a 40-year-high of 9 per cent, demonstrations organised by TUC took place to demand action from the government.
Photographer Arthur Grace recalls travelling through the Soviet Bloc and finding ways to evade the surveillance of his work.
Proposals to introduce a minimum GCSE threshold for student loans will disproportionately affect those from marginalised backgrounds.
Yesterday queer activist group Lesbians and Gays support the Migrants staged a die-in at the Pride in London parade to protest the inclusion of police in the march reports Huck politics editor Ben Smoke.
Finland-born photographer Sirkka-Liisa Konttinen looks back on her decades-long documentation of life in Northern England.