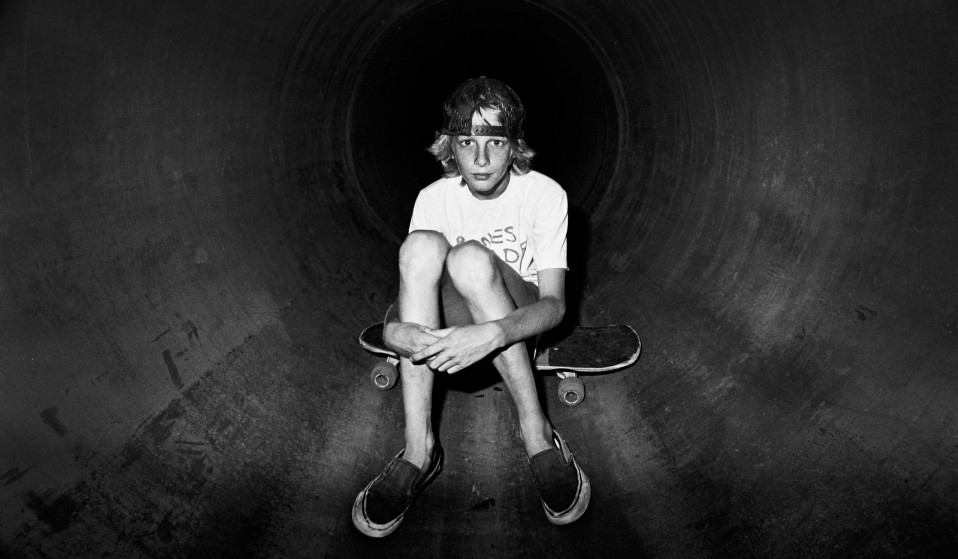 In his own words, J. Grant Brittain looks back on a lifetime of shooting the skate world.

When J. Grant Brittain turned his camera on his skateboarder friends, he helped kids like Tony Hawk become icons of their time. But it wasn't just action that kept his lens transfixed.

J. Grant Brittain documented the Southern Californian skateboard scene throughout the 1980s, as its influence seeded skate cultures across the globe.

But from day one, his work has been as much about evocation as titillation; whether he was capturing Rodney Mullen’s balletic stance or documenting a pool session that became the stuff of lore, the images he shot capture the spirit of the time.

And yet his role as a documentarian stretches beyond his own perspective.

As chief photo guy at Transworld for its first twenty years and founder of The Skateboard Mag, he has made a point of editing in the meditative moments as well as the radness that is the scene’s birthright.

Now well into his fourth decade behind a lens, he continues to capture skateboarding’s ever-evolving aesthetic. 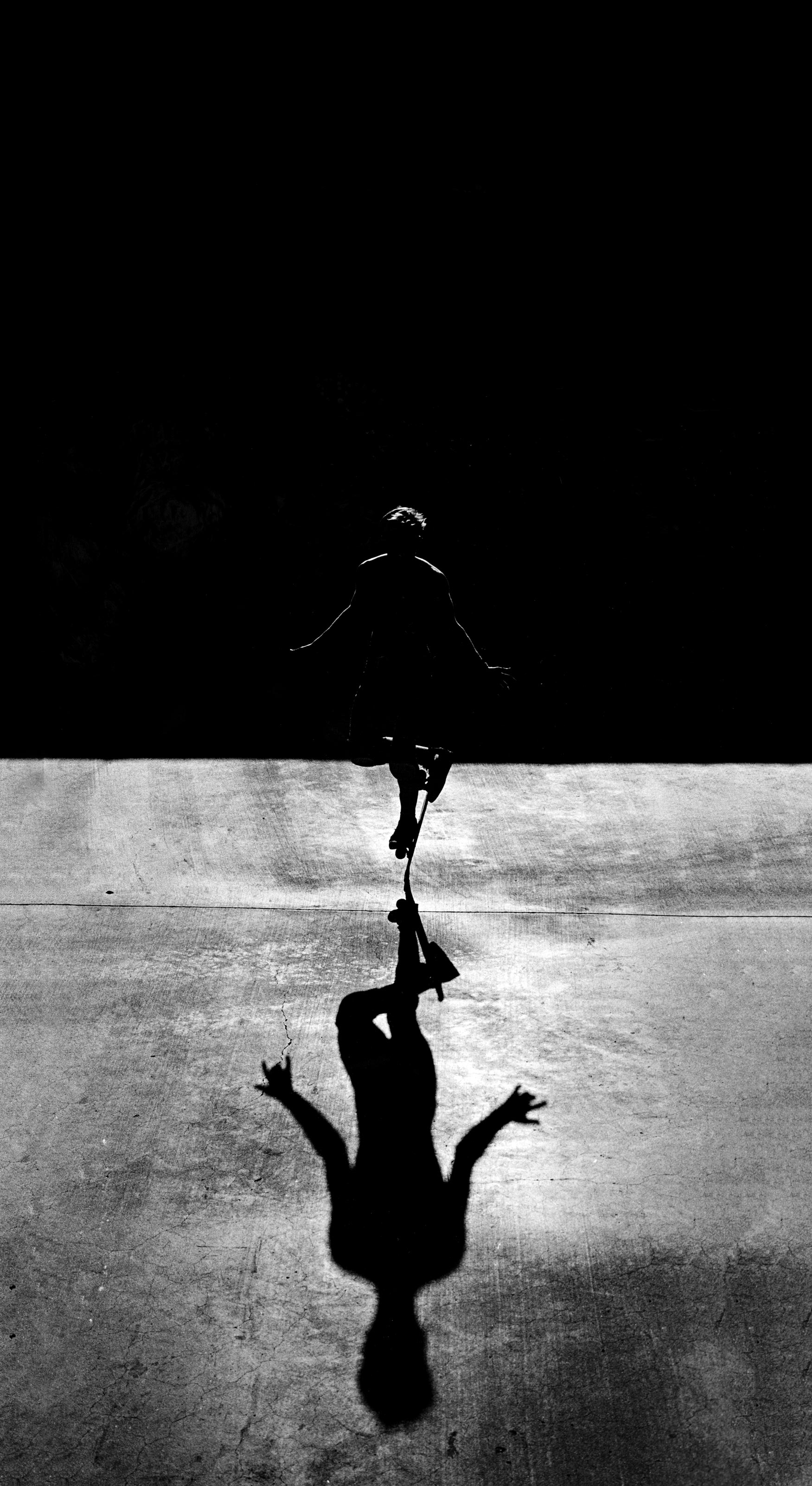 “One sunny California day in February 1979, I borrowed my roommate’s camera and pointed it at a friend of mine who was riding the bowl at Del Mar Skate Ranch.

“At that point I had no intention of making a career out of shooting skaters. But ever since that day I have had a love affair with photography.

“I had been studying art and working part time at The Ranch, as it was known, but once I started using the camera I fell in love with the immediacy of photography.

“At the age of twenty-five I had finally found my calling.

“All through the early ’80s I spent most of my waking hours shooting photos of skaters, developing black and white film and learning the art of printmaking. 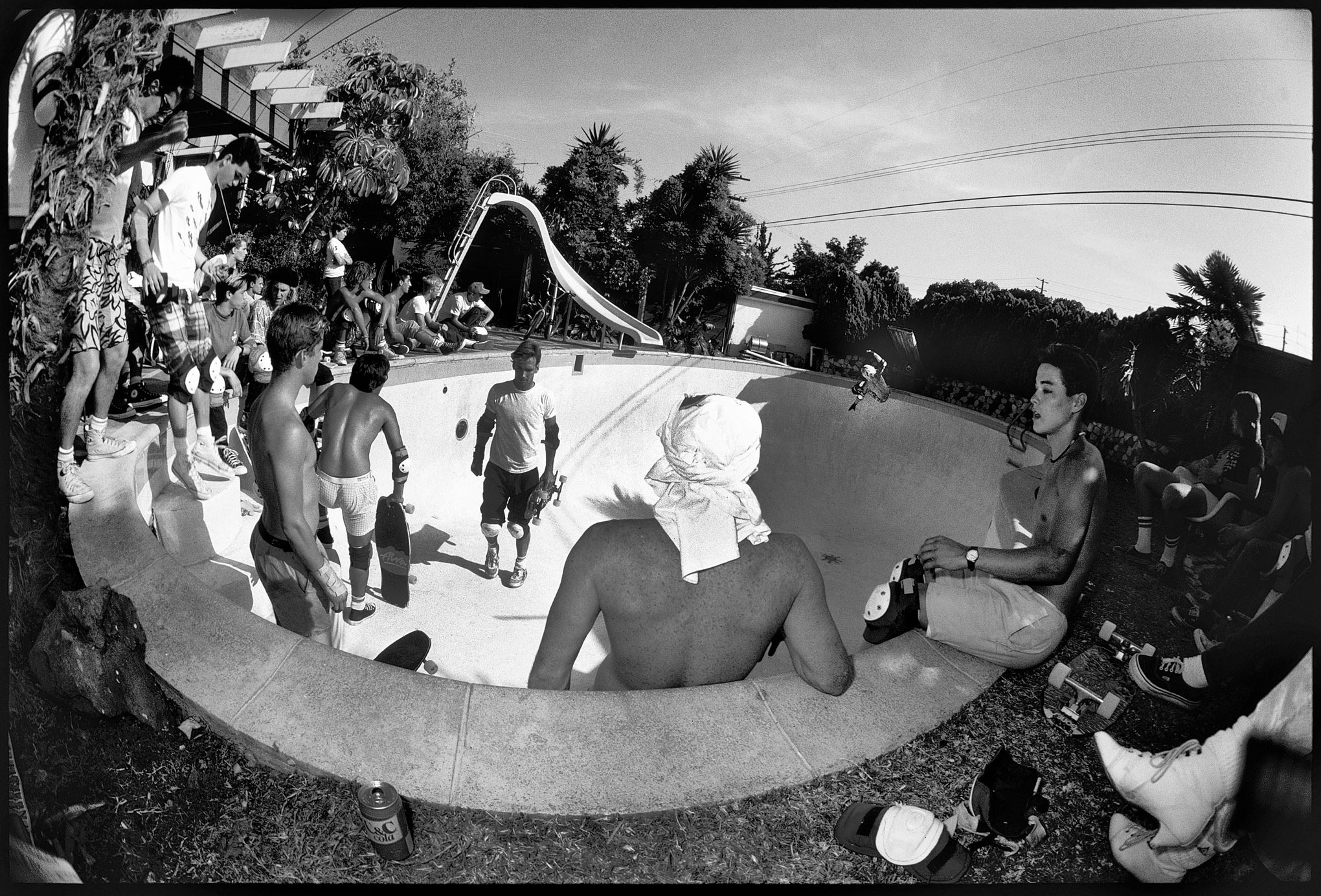 “During my first semester of college a photography instructor changed the way I looked at the world.

“He exposed me to the work of the masters of photography and I saturated myself in everything I saw, developing slowly my own style along the way.

“Around this time I had begun to work in the skateboarding industry and I was beginning to travel on someone else’s dime with a rotating crew of hard-partying skaters.

“Despite the late hours I would usually be up at the crack of dawn wandering the streets of whatever city I was in. Soon I began to blend these “walking around” images into the articles I was putting together. 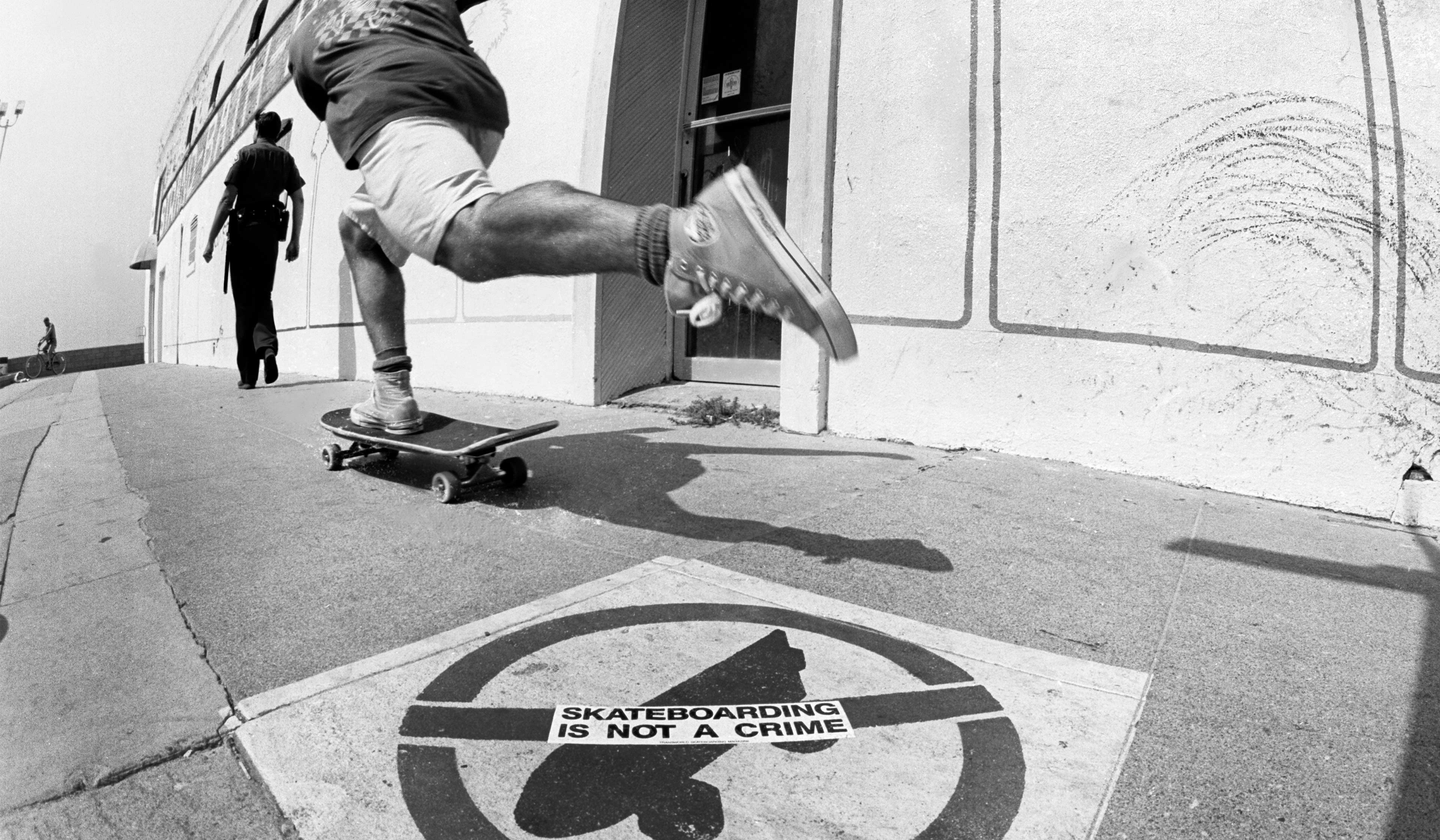 “This new element began to change the look of the skate magazines I worked for. We wanted to evoke a different side, another dimension, of skateboarding. This thing could take you places.

“And I wanted to show you those places.   Making these more abstract photos – landscapes, portraits and details – was like a therapy for me.

“It was a welcome break from shooting action and an opportunity to contextualise the characters and draw out the true beauty of skateboarding.

“I love shooting action and always will – but I need to balance that with this other work, if only for my own sanity.” 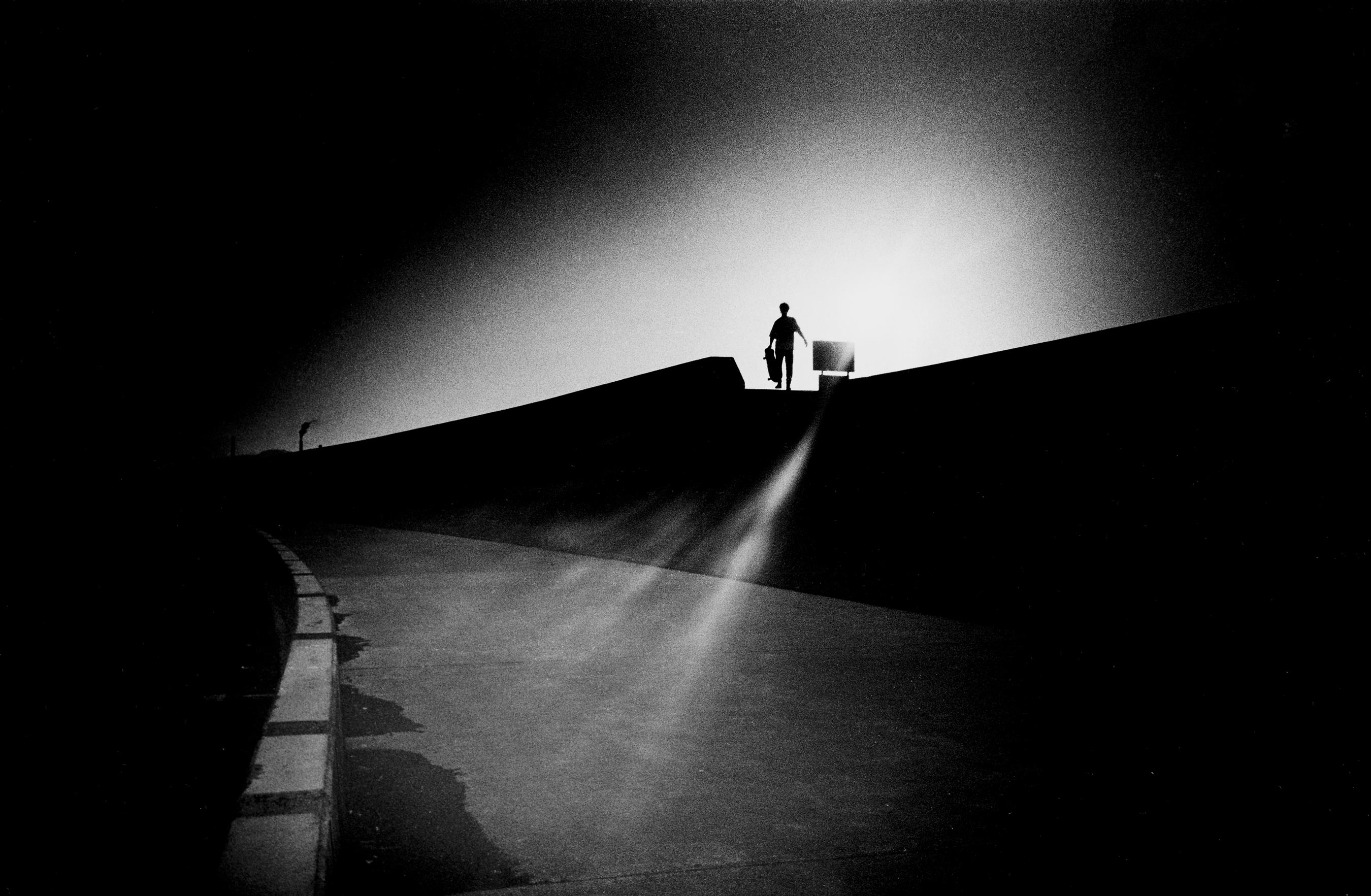 This story originally appeared in Huck 41 – The Documentary Special I. Get it now from the Huck Shop or subscribe to make sure you don’t miss another issue this year.

Linkedin
RELATED ARTICLES
OTHER ARTICLES
Students are being left to languish in unsafe housing, in some cases leading to serious health complications.
Steel City is often overlooked when it comes to the country's cultural radar despite its role in shaping electronic music.
To mark the premiere of his new documentary on surfing giant Gerry Lopez, the filmmaker and former pro skateboarder sits down to share his unique brand of wisdom.
Photojournalist Fiora Garenzi spoke with people still living in Eastern Ukraine, an area which seen some of the heaviest fighting since the war began.
A new series of photos by Johny Pitts shines a light on communities and subcultures that have all too often been overlooked.
Last week, Tower Hamlets council removed its nudity-restricting licensing conditions in a huge win for London’s kink community.