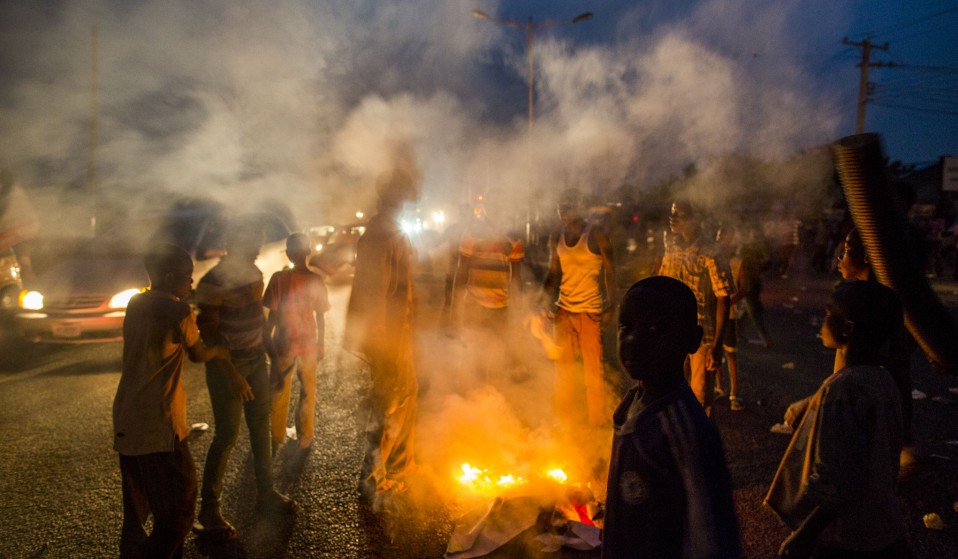 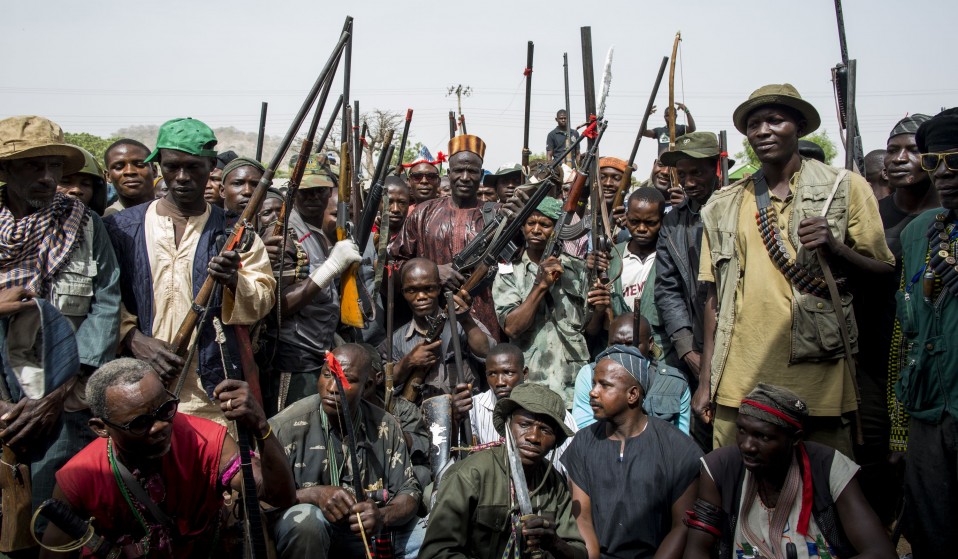 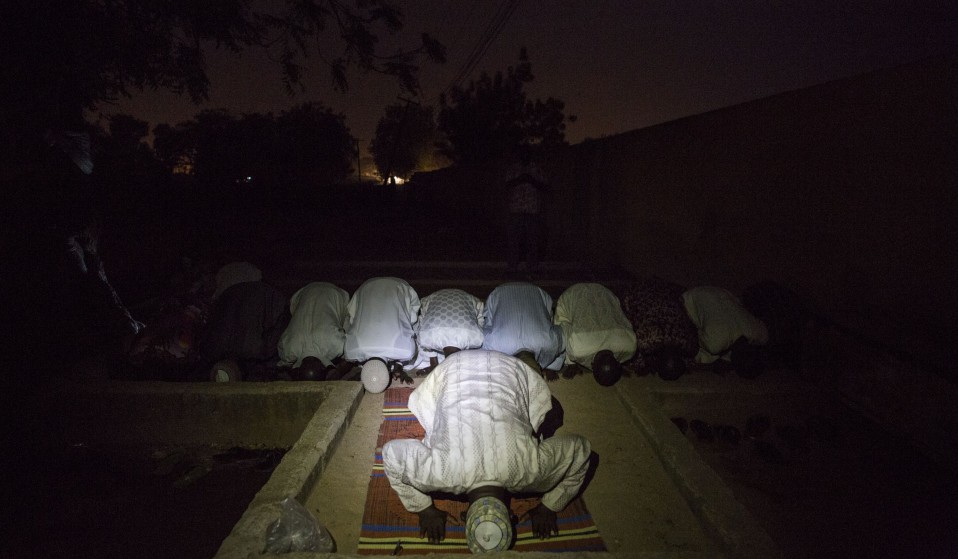 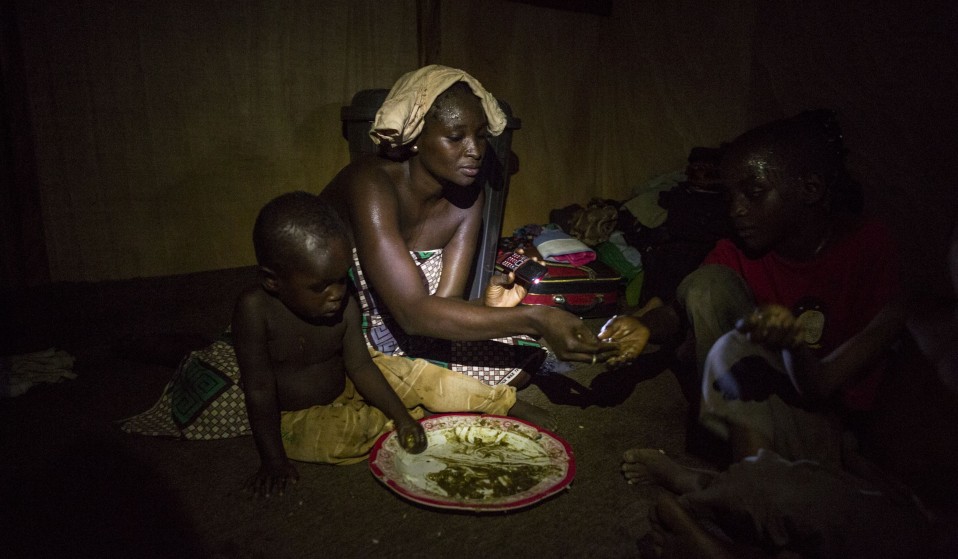 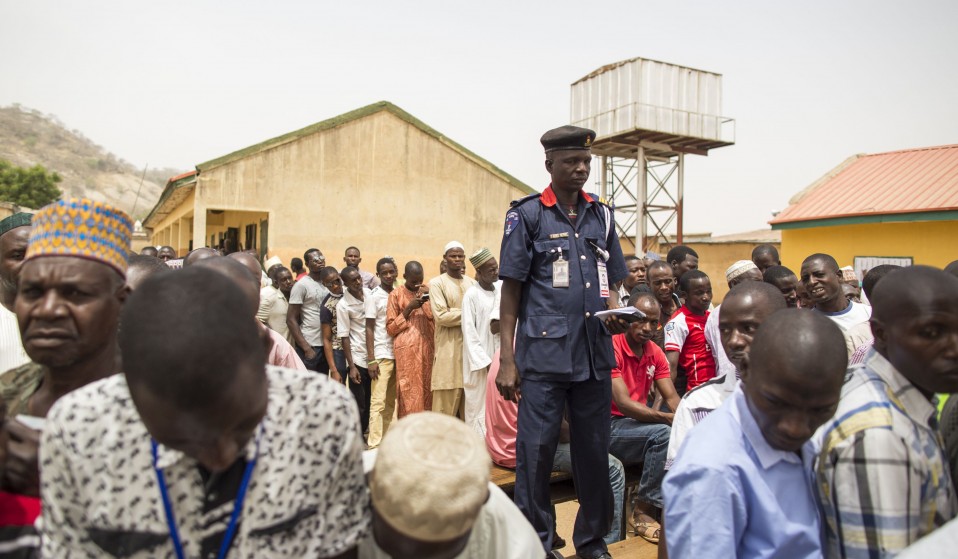 On 28–29 March, Nigerians voted for the country’s first democratic transfer of power and elected Muhammadu Buhari as their new president.

Fears of Boko Haram attacks, vote rigging and a repeat of the violence that marred the 2011 elections raised tensions in the run up to the poll, and many held doubts that incumbent Goodluck Jonathan would agree to a peaceful transfer of power if defeated.

Documentary photographer Jason Andrew covered the story for The Wall Street Journal from the Northern Adamawa State, the site of recent Boko Haram attacks, and was struck by Nigerians’ patience and determination to make their voices heard despite the many challenges.

Goodluck Jonathan’s PDP party have ruled since the military handed power to a civilian government in 1999 and previous polls have been overshadowed by corruption, intimidation, vote rigging and interference by the military.

Incoming president Muhammadu Buhari, a 72-year-old former military ruler, has a big challenge on his hands to press ahead with reform while trying to contain the Islamist insurgency in the North but his election represents a major step forward for Africa’s most populous nation.

What brought you to Nigeria?
I came to Nigeria on assignment for The Wall Street Journal to cover the elections. I initially traveled to Nigeria in February expecting the elections to happen on the 14th. When they were postponed by six weeks, it gave me the opportunity to begin working on two long-term projects that I’m exploring in the North and South of the country right now. They’re both very different stories but they’re keeping me close to Nigeria which I like.

What was the atmosphere on the street leading up the elections?
The atmosphere on the street was one of both anticipation for a positive change and fear that this years elections would see a repeat the violence in 2011, which they didn’t. On voting day, we traveled to Gombi in Adamawa state which was attacked by Boko Haram as early as this month. The community was protected by hundreds of local vigilantes who were making sure the voting went smoothly. It was amazing to watch how peaceful and calm everyone was. Gombi is a long way from getting back to normal but for everyone in the community, these peaceful elections were a great start.

I was surprised that everyone expected GLJ to give up power if he lost, something I didn’t think he would do.

Have have you covered the story? Was there anything that particularly stood out for you?
I covered the story on assignment and the aspect that stood out most was the amount of patience shown by all Nigerians. I covered the elections from Yola, in Nigeria’s north which is struggling with over three hundred thousand internally displaced people (IDP) and it was amazing to watch how patient and proud they were to vote.

Now the result has been delivered, is there a sense that this is a landmark event – the country’s first democratic transfer of power?
This was definitely a landmark event for Nigeria and Nigerians all around the world. People came out in droves to vote, without fear of Boko Haram attacks.

Any personal reflections? You’ve covered some quite depressing stories from Africa in the past – do you feel this is a story of hope?
I think this is a story of hope and resilience from a country that has gone through a lot and will continue to in the future. Not only are Nigerians dealing with massive government corruption, poor infrastructure and the threat of Boko Haram in the North but also the largest IDP population in all of Africa, according to the IDMC and the Norwegian Refugee Council. The country will have its hands full moving forward but I look forward to seeing how the country stands in the next 12 months.

Linkedin
RELATED ARTICLES
OTHER ARTICLES
Elijah Zgambo may be responsible for the evolution of skateboarding in Zambia, but it was dodging skinheads as a black skater in Russia where he first discovered his passion.
Why did newspapers react in horror to the Charlie Hebdo attacks but barely comment on the recent atrocities in Nigeria?
Huck pays tribute to an African soul rebel and offers you the chance to win a copy of Alex Gibney’s new Fela Kuti documentary.