Art & Culture / Richard Prince to Calcutta: The weird relationship between Instagram and the art gallery 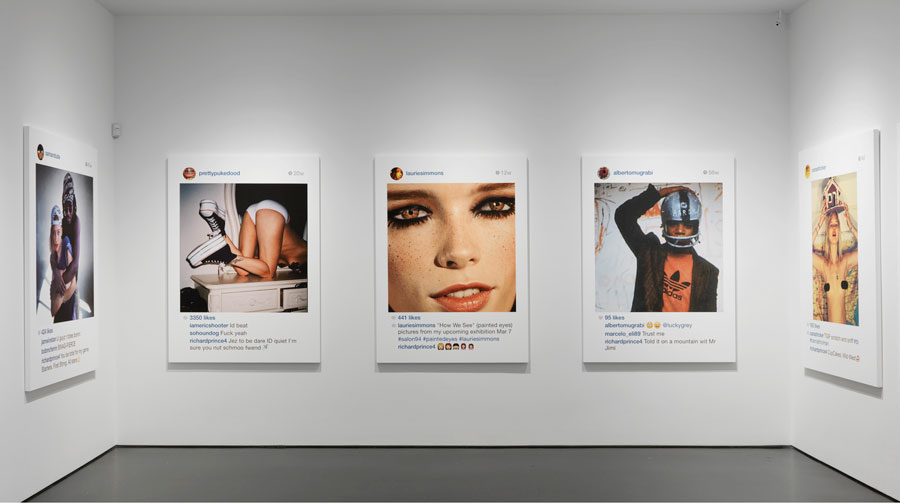 Net neutrality and appropriation - what's at stake with Instagram?

The first Instagram art show in Calcutta opened last week, and across the world Richard Prince was sued for photos he used at a show in New York. Increased access to images means more possibilities for art, but it's not necessarily for the better.

Sticking Instagram on the wall of an art gallery is big business. Instagram’s value as a social media tool for promotion makes things complicated: and it guarantees that there’s a lot of money involved, too.

India’s first-ever Instagram exhibition debuted in Calcutta on January 7. It’s titled Bengal’s Diversity in Pictures and includes pictures by 17 Instagram users hung up on walls across the gallery. They’re striking documentary photographs from around the city: workers in the city centre, wildlife in the suburban mangroves, pictures from the Holi festival etc. 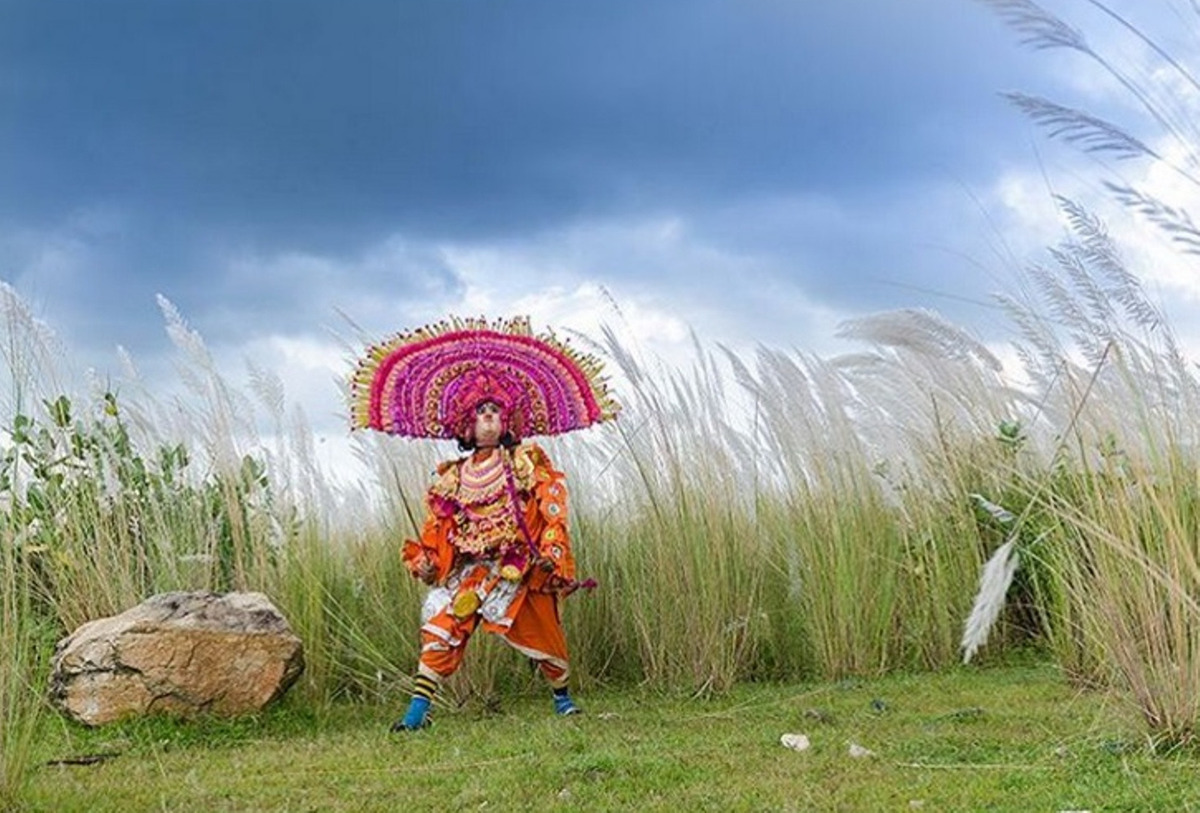 The city’s Instagram users have been described by a spokesperson for Instagram as “highly active and passionate about their city.” The exhibition is co-organised by a local group called Calcutta Instgrammers (who started less than six months ago) and Facebook (the company that owns Instagram).

While the exhibition might be proof of the coming tech utopia – one where the whole world is connected and everyone has access to nice saturated photo filters – things aren’t so clear cut. The exhibition comes during a massive push by Mark Zuckerberg and Facebook to promote their Free Basics (formerly Internet.org) program. The program basically does away with net neutrality, providing users free access to Facebook and a select few sites (which would drive massive traffic their way), meaning that the sites that aren’t in that selected list are at a huge disadvantage. The whole thing isn’t actually paid for by Facebook either – instead, it’s an Indian telecom company that foots the bill. Facebook has set up all sorts of advertising initiatives to generate more support for the program, and Zuckerberg has been writing op-eds. 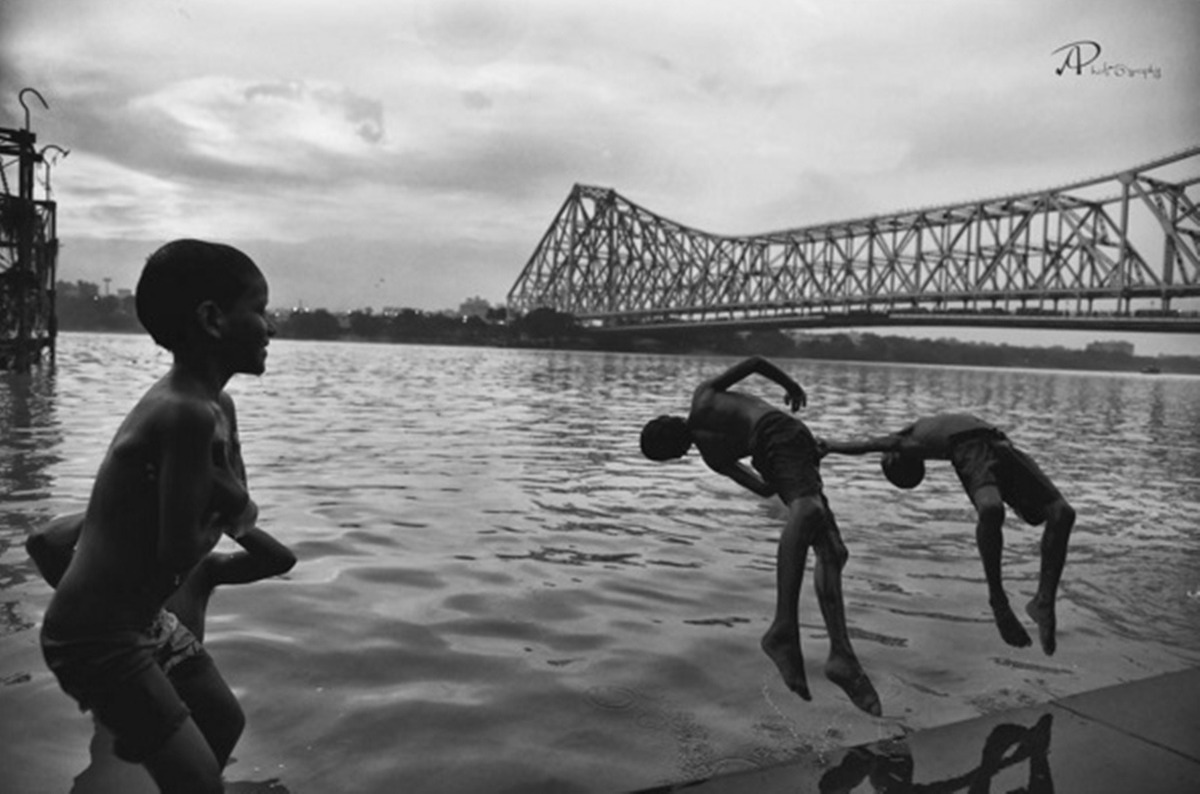 Free Basics has been getting an ample supply of criticism, and risks being shut down by India’s main regulatory body, which are holding a public hearing on it this month.

So India’s first Instagram exhibition is a little bit more high stakes than you might expect: celebrating the accessibility that Instagram provides is excellent press for Facebook and Free Basics. The fact of the matter is, Free Basics paves the way for a monopoly where users get access to some sites but not others. Big websites based in the First World gain a lot (some of the other companies that Basic Internet provides access to are Bing and BBC) but the tech industry in that country locally gets crushed.

While Facebook is facing legal challenges in India, Richard Prince has his own legal battle going on: but again, the whole situation isn’t as straight forward. Photographer Donald Graham has sued Prince for work he did re-appropriating an Instagram picture. In an exhibition at the Gagosian gallery in New York, Prince hung up an image Graham had taken of a Rastafarian smoking a joint. The piece included the full Instagram image – including the caption and a comment Prince made on the image. In every photo Prince’s comment is included. Beyond that, nothing is changed from the original. Most of the photos were themselves reposts of another account – the Rastafarian picture, for example, wasn’t pulled from Graham’s account directly, but from someone else who had already shared it. 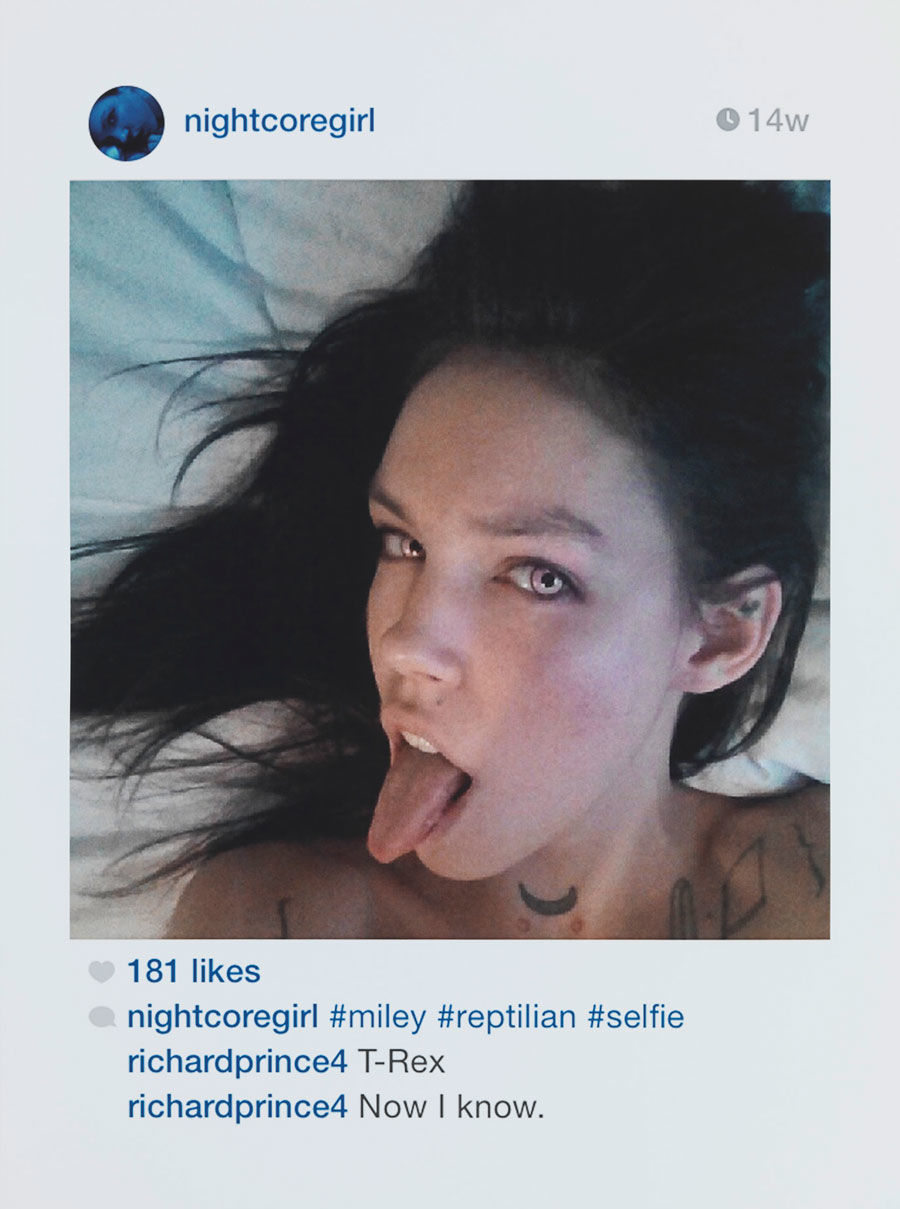 A good portion of the exhibition, titled New Portraits, depict scantily clad women, sometimes with a cheeky comment by Prince. The work has been called sexist by most critics, even those praising him. Don Deere, a model for Suicide Girls, was featured in the exhibit: the pin-up site responded by selling the same Instagram post for $90 – which is a lot more accessible than Prince’s $90 000 price tag.

Prince’s exhibit responds to Instagram’s value as a promotional tool. An exhibit at the Renkin gallery has been making news this week for it’s absurdly high number of Instagram engagements: visitors are checking out the exhibition because they have intentions of taking photos of the art. As Hannah Jane Parkinson puts it in The Guardian, Prince’s claim that images are always shared images no matter what, the idea behind his appropriation tactics,  “could also work as the motto of the internet.” 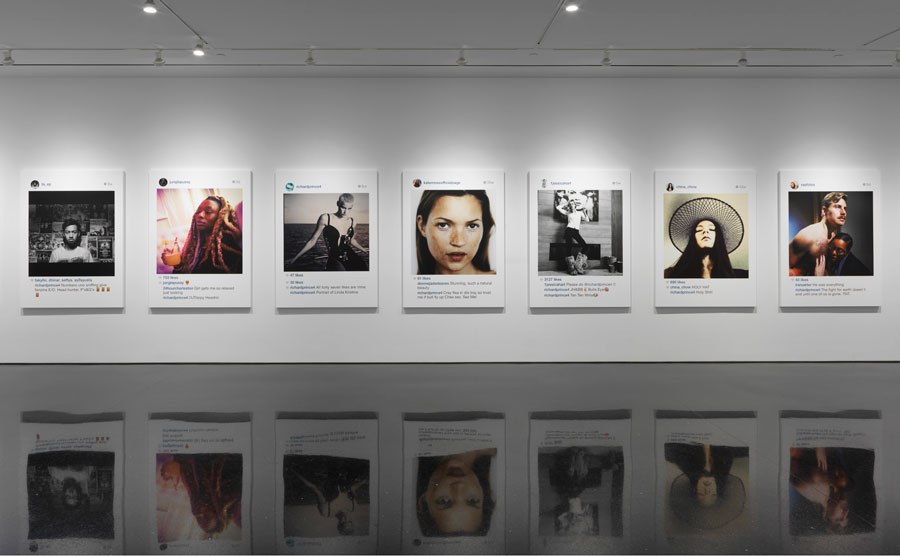 But as much as Prince is making a clever commentary about the way images are collective, he’s also part of the problem. One of the main reason’s everyone is so pissed off at Prince is because he’s selling the art for tons of money. Copy-paste appropriation has been overdone to death. Part of what makes Instagram a great tool is that anyone can take great photos and share them – when Instagram becomes a way to make a quick buck instead of opening up new possibilities, maybe it’s time to take it off the walls.

Linkedin
OTHER ARTICLES
Author, futurist and community activist Ulrike Reinhard founded Janwaar Castle to reinvigorate a rural village through skateboarding.
Photojournalist Anastasia Vlasova has documented the conflict breaking her country apart since she was just seventeen. Here’s who she follows on Instagram.
Photographer Roger May's crowdsourced Looking at Appalachia project reveals another perspective on a misunderstood region of the US. Here he selects his five favourite Instagrammers.
We catch up with 2014 skater of the year Wes Kremer and find out why he's rejecting the world of hashtags and focusing on skateboarding and good times instead.
From tree houses in British Columbia and fishing in Alaska to frozen trees in Siberia and cliff edges in Yosemite, we collate some of the best adventure instagrammers for your wanderlust pleasure.
As the media sets its sights on Tunisia once again for the country’s first democratic presidential election, Lindsay’s Mackenzie’s Instagram project reveals snapshots of the everyday lives sidelined by the explosive coverage of the region.