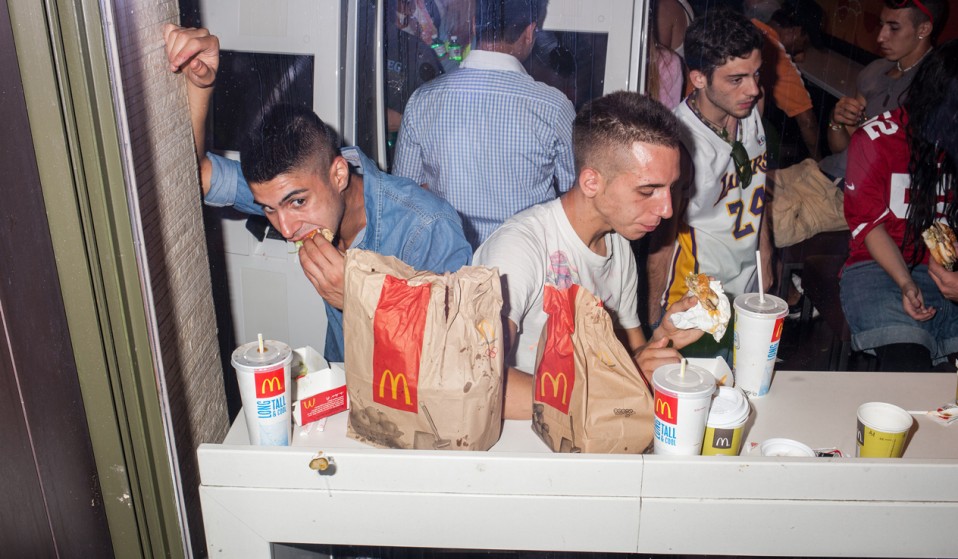 From overheard conversations to voyeuristic snapshots, Rico & Michael want you to see the world through their eyes: a world where our self-image is constantly mutating.

From overheard conversations to voyeuristic snapshots, Rico & Michael want you to see the world through their eyes: a world where our self-image is constantly mutating.

Rico Scagliola and Michael Meier have an unusual way of describing their dynamic.

If they were to put it in terms of movie characters, Michael would be Bette Davis in Whatever Happened to Baby Jane? and Rico would be Joan Crawford.

“Rico might have a tendency towards megalomania,” says one, “and Michael sometimes tends towards narrow-mindedness,” says the other. “Together we kinda level out these two extremes.” 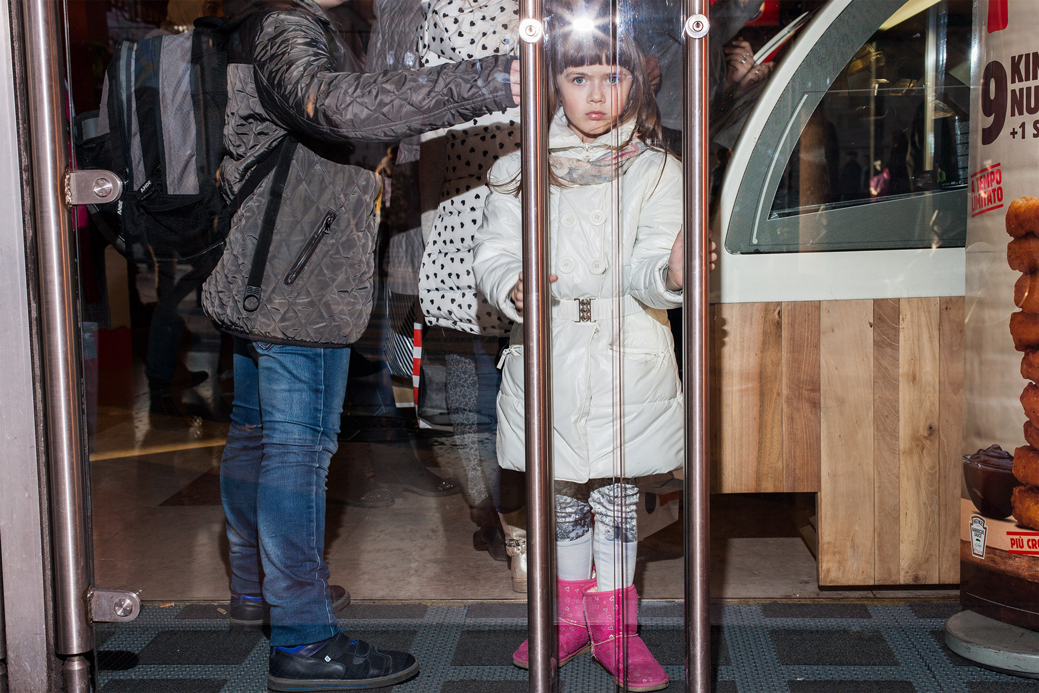 The pair met while studying photography at the University of the Arts Zürich in 2006. Michael focused on homeless people and prostitutes in the Langstrasse district, while Rico devoted himself to the city’s suburbs and inhabitants.

“We were inspired, impressed and depressed by each other’s’ work,” says Rico. “In 2008 we thought it might be a good idea to team up – we were eager for something a little bit more colorful, artificial and romantic.”

Together they found themselves drawn to emo teenagers who would hang around Zurich’s main train station, spending two-and-a-half years making a series of candid portraits called Neue Menschen (New People). 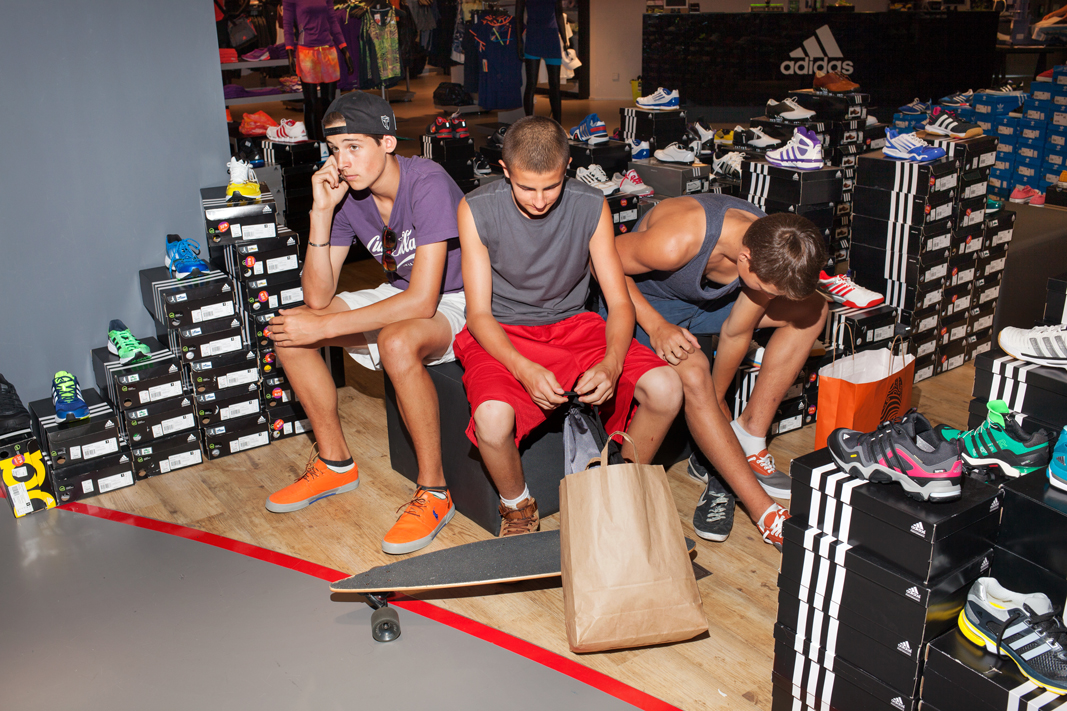 The sheer range of expression and attitude inspired Rico and Michael to look for that flair in any medium they could find: classic nudes, interior design, self-portraits, even science-fiction.

Then they hit upon the idea for the newest book, Years Later: a four-year exploration of how people present themselves in public.

“We just love to look at – and be part of – the banal seriousness of everyday life in public and semi-public urban spaces,” says Michael.

“On streets and city squares, in cafés and bars, train stations and airports, stores and shopping centers.” 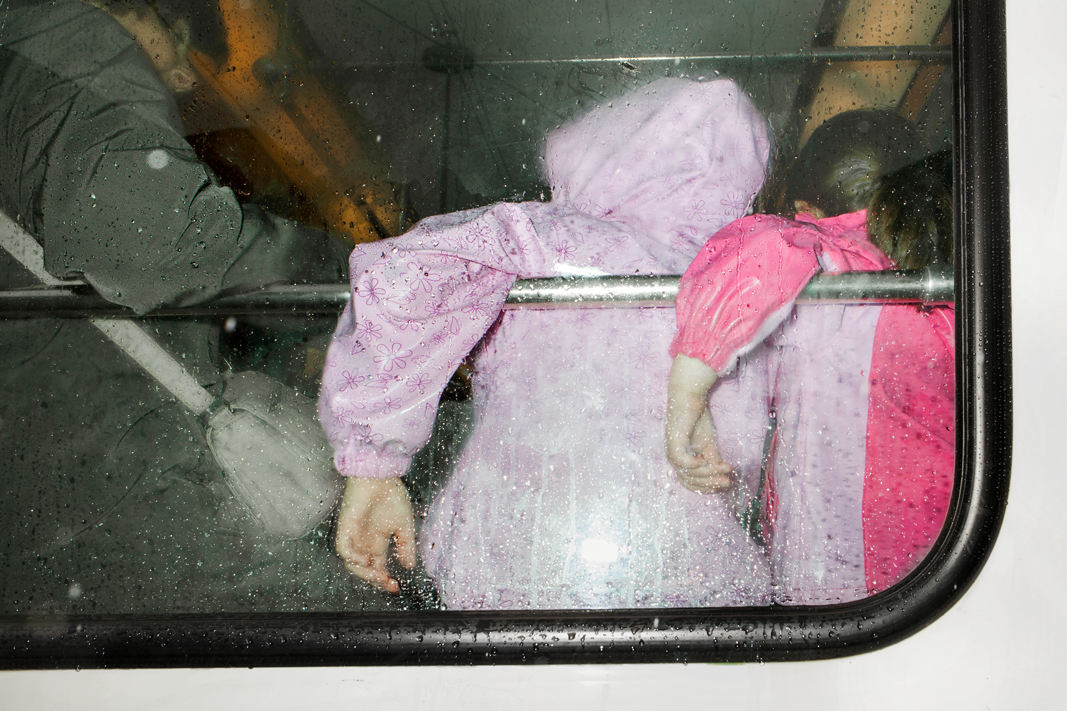 Just contemplating certain scenes and details can be so inspiring and irritating, explains Rico, that they wanted to zoom in as much as possible: observing how people appear, move, dress, present themselves in public space – and what the aesthetic texture of public space itself looks like.

“It’s a basic and yet profound interest in modern life; the people and visual phenomenons that you experience when you enter a public space in a big city.”

The duo tried to stay as invisible as possible and, most of the time, it worked. If someone asked what they were doing, they explained the project and made their intentions clear. 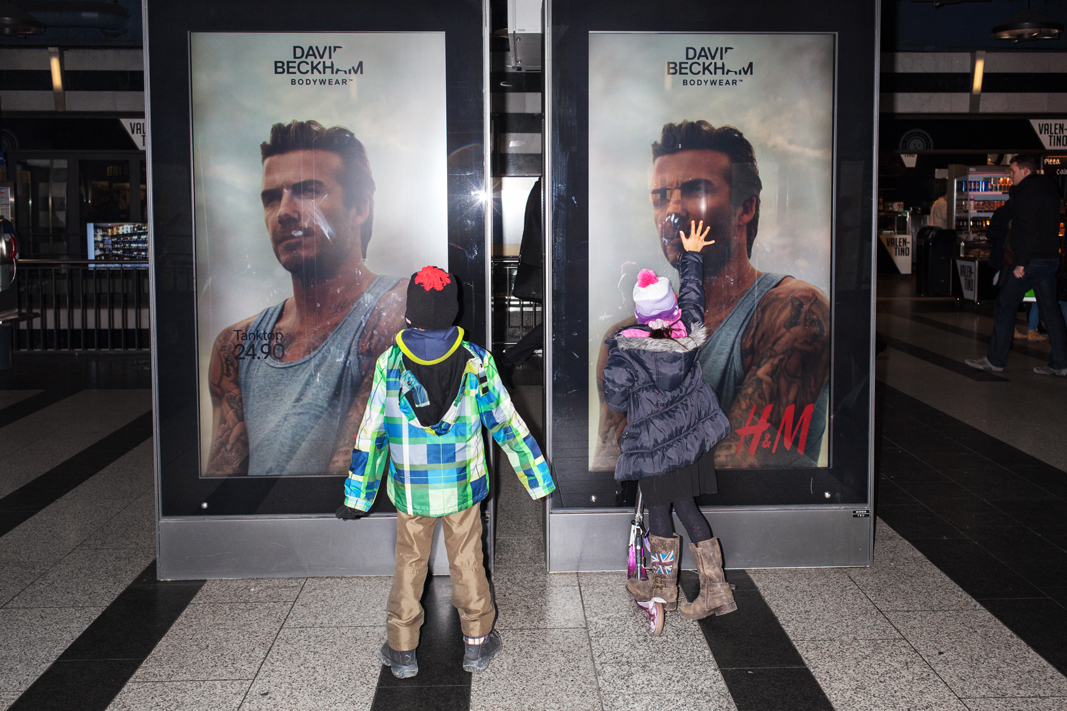 But Years Later isn’t just made up of images. It’s lined with passages of anonymous conversations captured in public: snippets of confessions and daydreams.

“There’s one line we always remember very clearly,” says Rico. “‘I never really knew exactly what it was that I had been missing my whole life.’

“It’s so beautiful and sad at the same time, isn’t it? It’s from a text where a person describes their struggles with friends and family during the winter holidays, and about the struggles of dating new people. 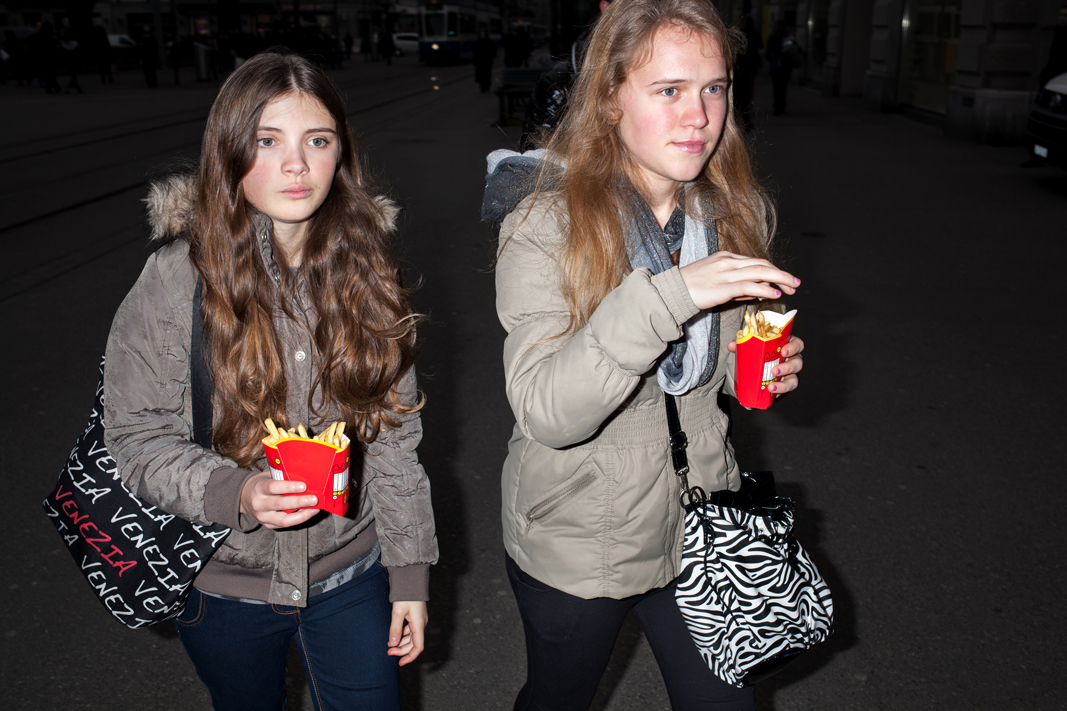 “This person feels alone, misunderstood and not accepted throughout the whole year. Then during the festivities, everybody is kinda nice for a few days. It’s a kind of calm sadness that we can relate to.”

Rico and Michael hope the images offer a snapshot of Western society: the strive to express a unique identity in the face of overarching ideologies, outdated social norms and the ever-present influence of urban planning.

The emphasis on these ideas typically emerge after gathering all the material, explains Michael. They openly admit they never really knew how long they should work on something or if it’s working at all. 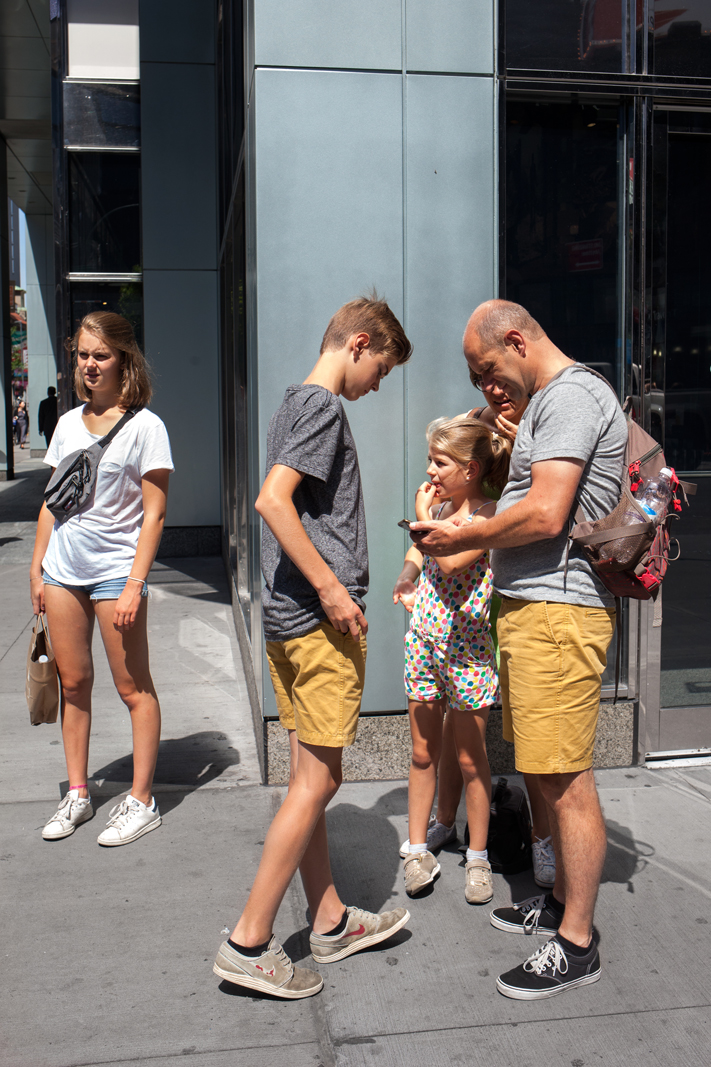 “But the common ground of all these different stages is always the shifting relations of human beings to images, mostly their self-image.”

The one thing they want to communicate to people, they say, is simply seeing the world through their eyes – but, then again, ask them on a different day and you might get a different answer.

“To have your own style and follow it for the rest of your life is a depressing thought for us. Maybe we are inevitably developing one that runs through all our works though, but we wouldn’t want to spend much time thinking about it.” 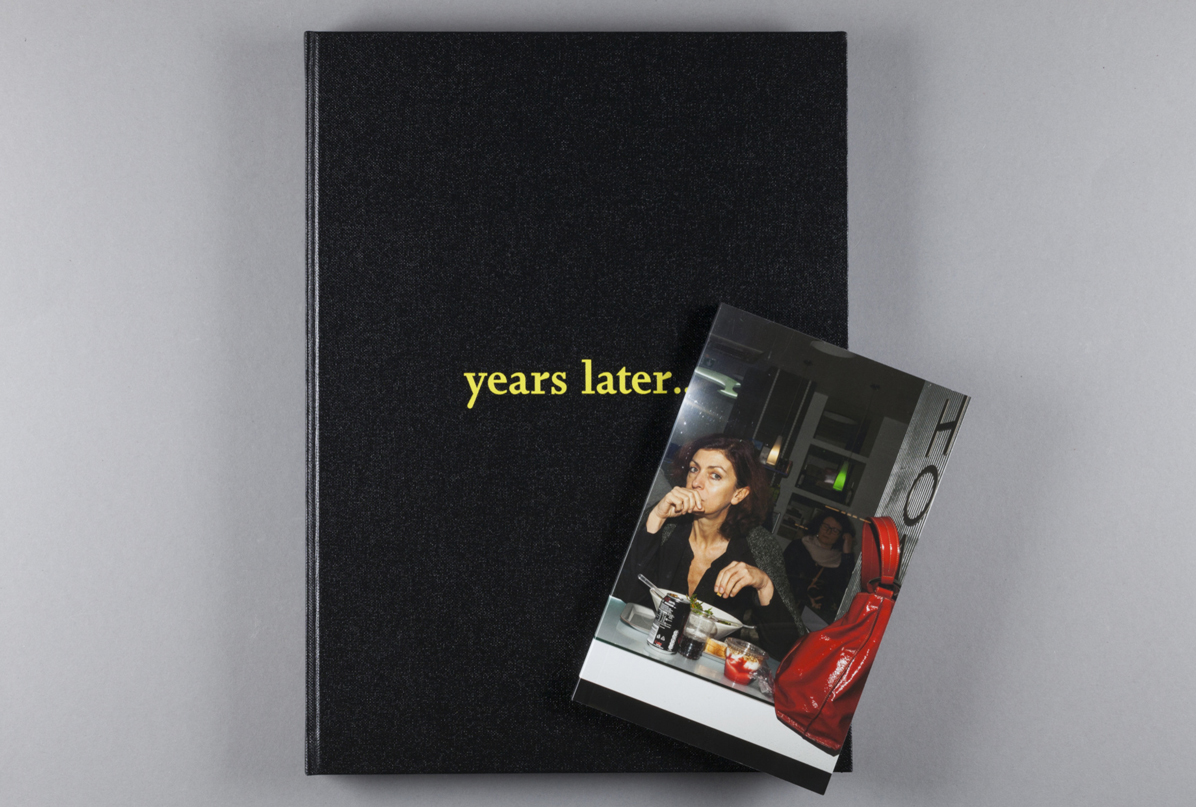 Check out Rico & Michael’s portfolio or get a copy of Years Later from Edition Patrick Frey.

Linkedin
RELATED ARTICLES
OTHER ARTICLES
Photographer Becky Tyrell went down to the fading banger and stock raceway to meet a community desperate to keep it alive.
A recent High Court ruling against the right to wild camp in Dartmoor National Park sparked the largest land protest in history – and campaigners say their fight is not over yet.
At his West Bank restaurant, Fadi Kattan established himself as the voice of modern Palestinian cuisine. Now, he’s bringing his innovative, bold flavours to the UK’s capital.
AI companies that develop image-generators using copyrighted artwork from the internet are coming under fire from artists who say that it amounts to theft.
David 'Dee' Delgado’s photo project is about honouring and uplifting the city of his youth, and a world rapidly disappearing under the relentless onslaught of gentrification.
Filmmaker Laura Poitras discusses her new documentary which traces the remarkable life of the artist-activist and the impact of her battle against the US opioid crisis.