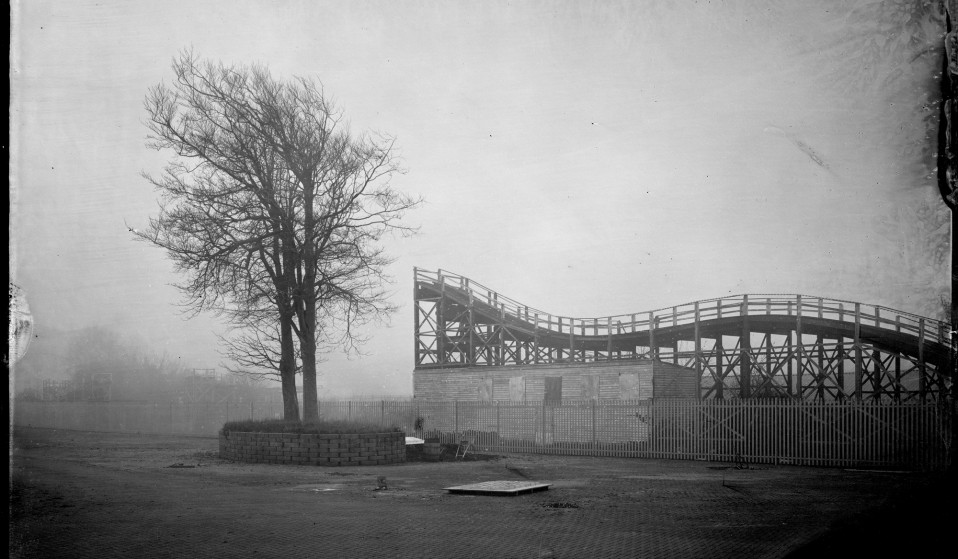 Rob Ball captures the decay and revitalisation of Dreamland and Coney Island, using traditional developing processes to intertwine past and future.

Rob Ball captures the decay and revitalisation of Dreamland and Coney Island, using traditional developing processes to intertwine past and future.

Run-down amusement parks and the surreal energy they give off have pretty much become a staple of our collective imagination. Be it as the home of all-too-human monsters in Scooby-Doo, or as the background to Grease‘s teenage love story , there’s a degree of mystique that lingers between each rusty ride and questionable haunted house – and this oddity is exactly what captured Rob Ball’s imagination.

Deeply interested in the way people create and interact with leisure spaces, the British photographer spent years documenting the iconic fairgrounds of Coney Island and Margate – once bustling with technology and life, now largely resigned to slowly recovering in-betweens, liminal spaces sustained on fond memories of times past, part of the imaginary and identity of the seaside towns they exist in. 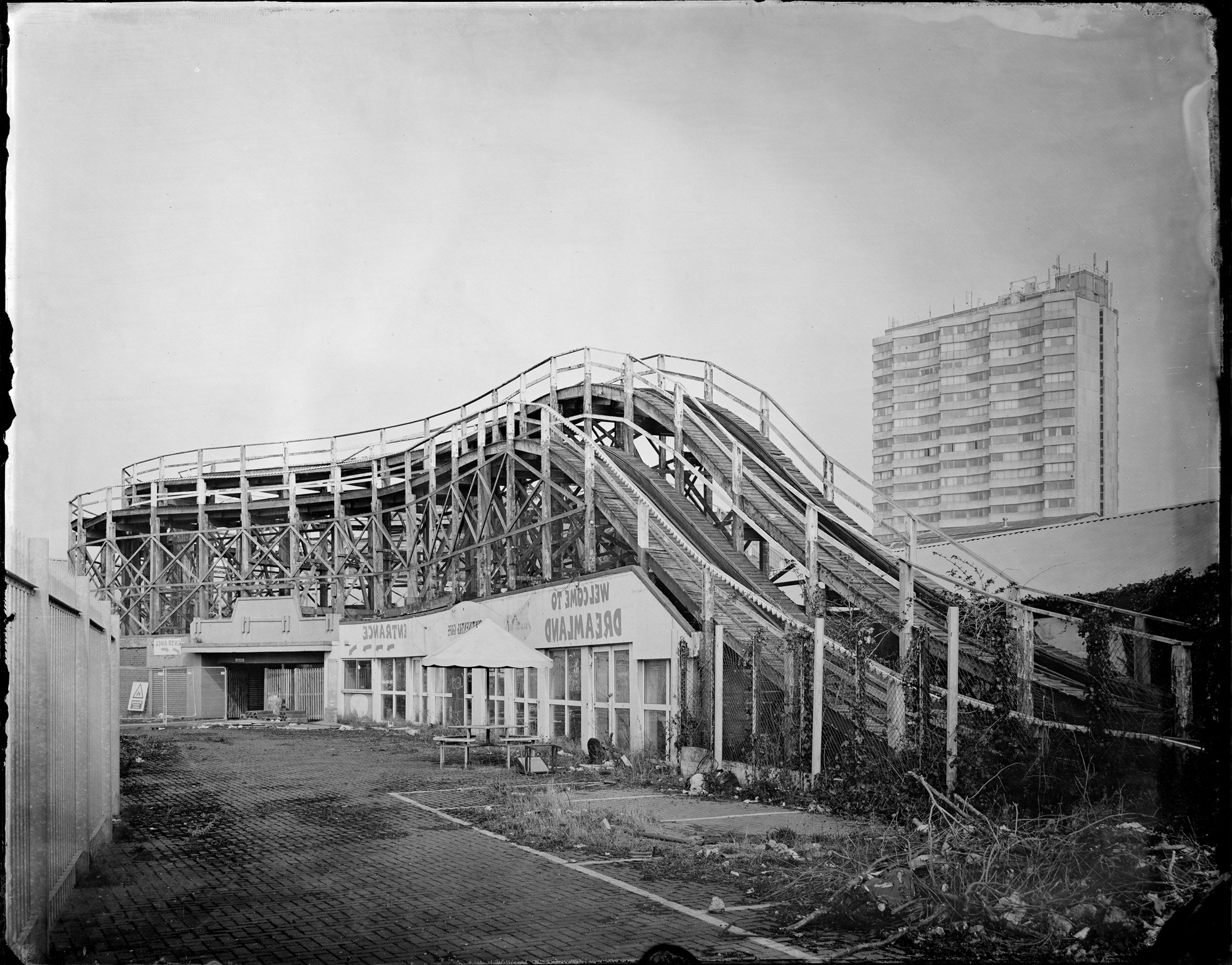 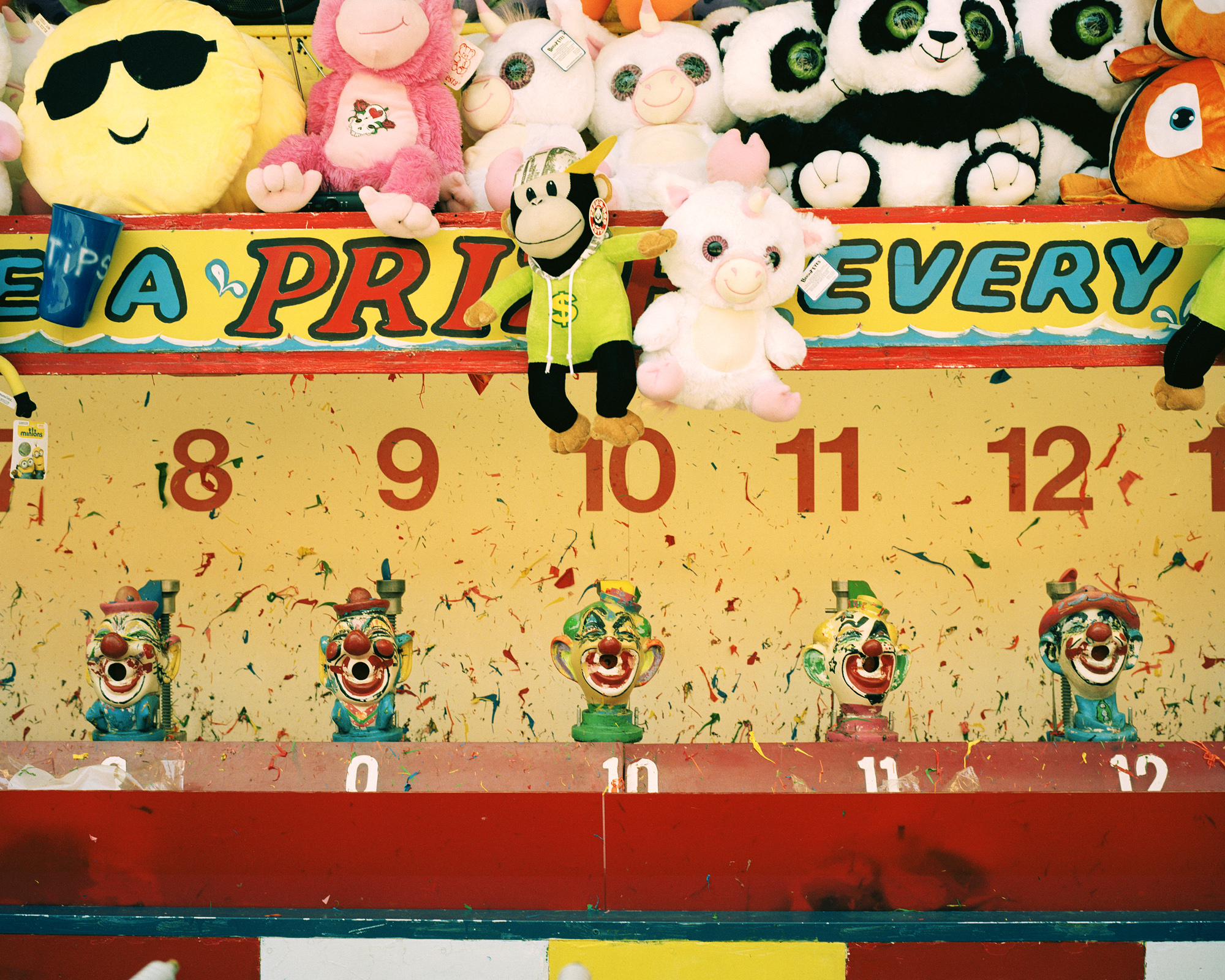 “Primarily, my focus has been not so much on the beach, but more toward the strip behind it, where the amusement parks, midway stalls and takeaways are located,” Rob tells me. “I like the fakery; everything is at once real and unreal. More broadly, I am interested in the cyclical change seaside towns go through, how they are in and out of fashion and how their fortunes change through the decades.”

Rob’s relationship with his first seaside subject, Margate’s Dreamland, started as a kid, but it developed as he grew up and the landscape changed. While this initial series set in Margate series explored themes of melancholy and abandon, the photographer’s perspective of Coney Island – shown in his latest book – is celebratory, exploring the ever-shifting relationship between the past and the present, between the architecture and the people. 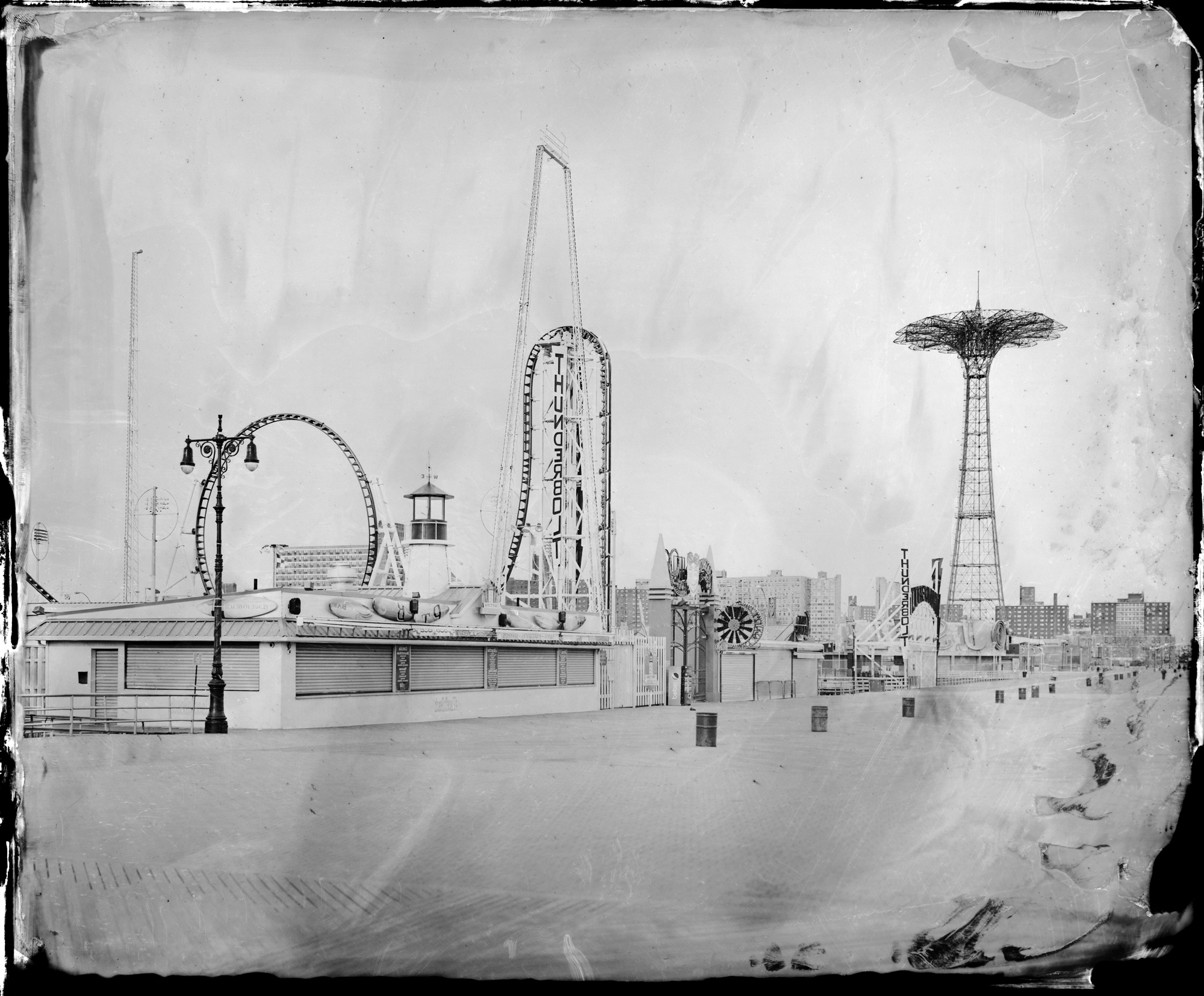 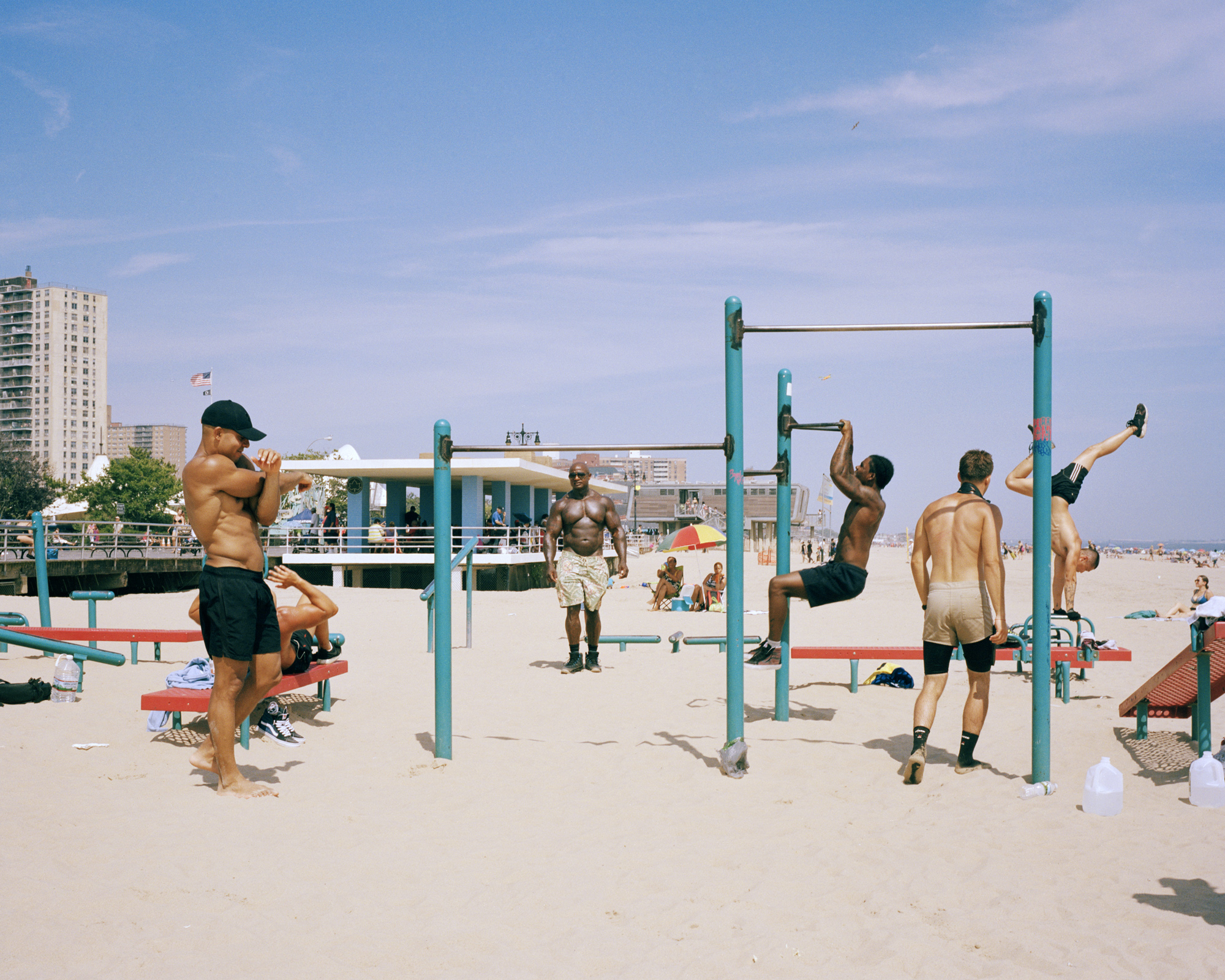 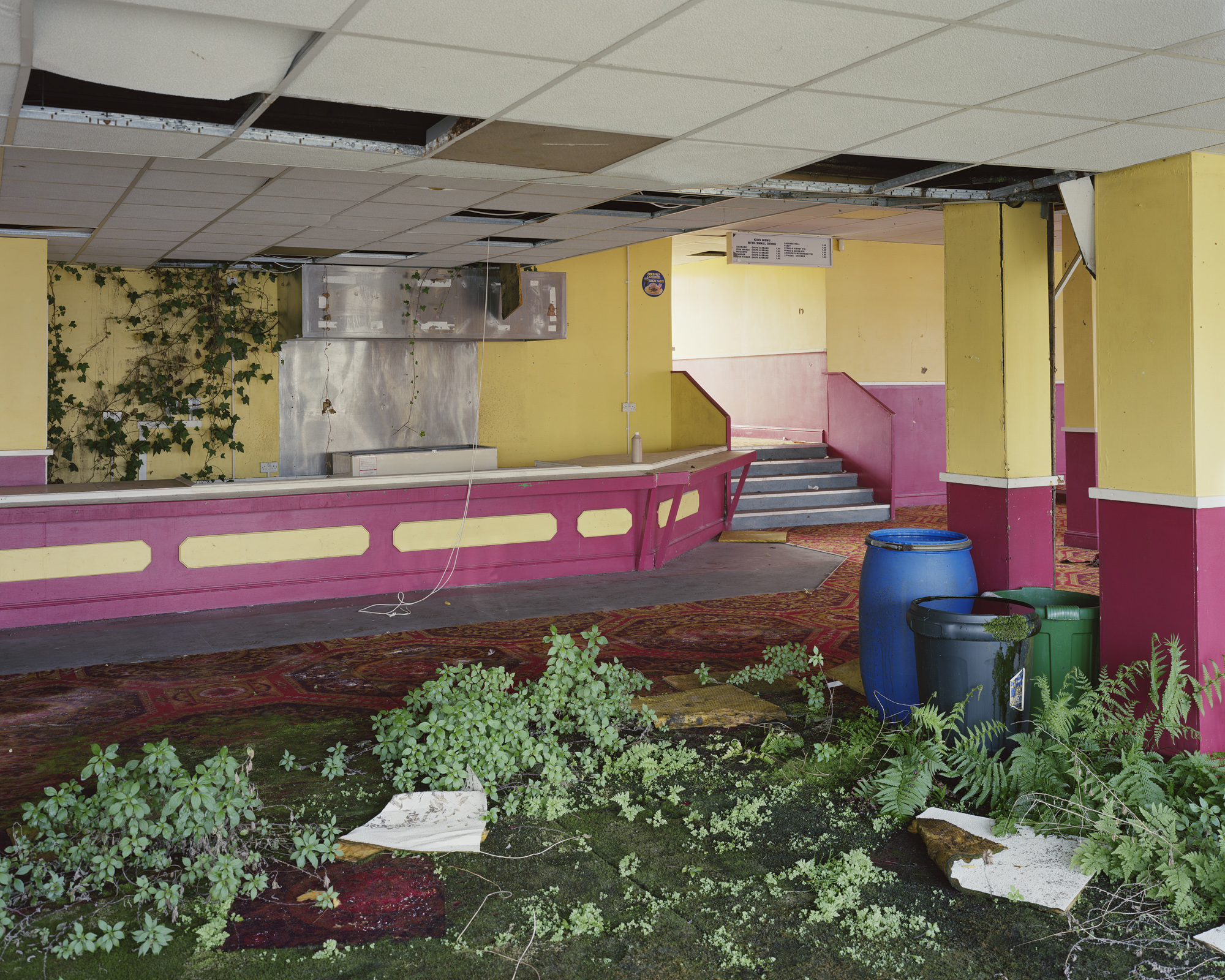 “There’s definitely a fondness for both locations, often linked back to childhood holidays,” he muses. “I also think they are both a microcosm of the country – Robin Jaffe Frank talks about Coney Island for artists as becoming ‘a prism through which they could view the American experience’.”

“I am attracted to the diverse nature of its visitors and inhabitants and the relaxing of social mores. Both resorts are about an hour from major congested cities (New York and London) and both have been visited by city dwellers looking to let of steam for over a hundred years.”

In the ten years that have past since Rob began shooting Coney Island back, he has seen both seaside towns leaving their states of abandon behind in different ways, following the seemingly organic cycle of renewal and revitalisation of interest that is so appealing to him. 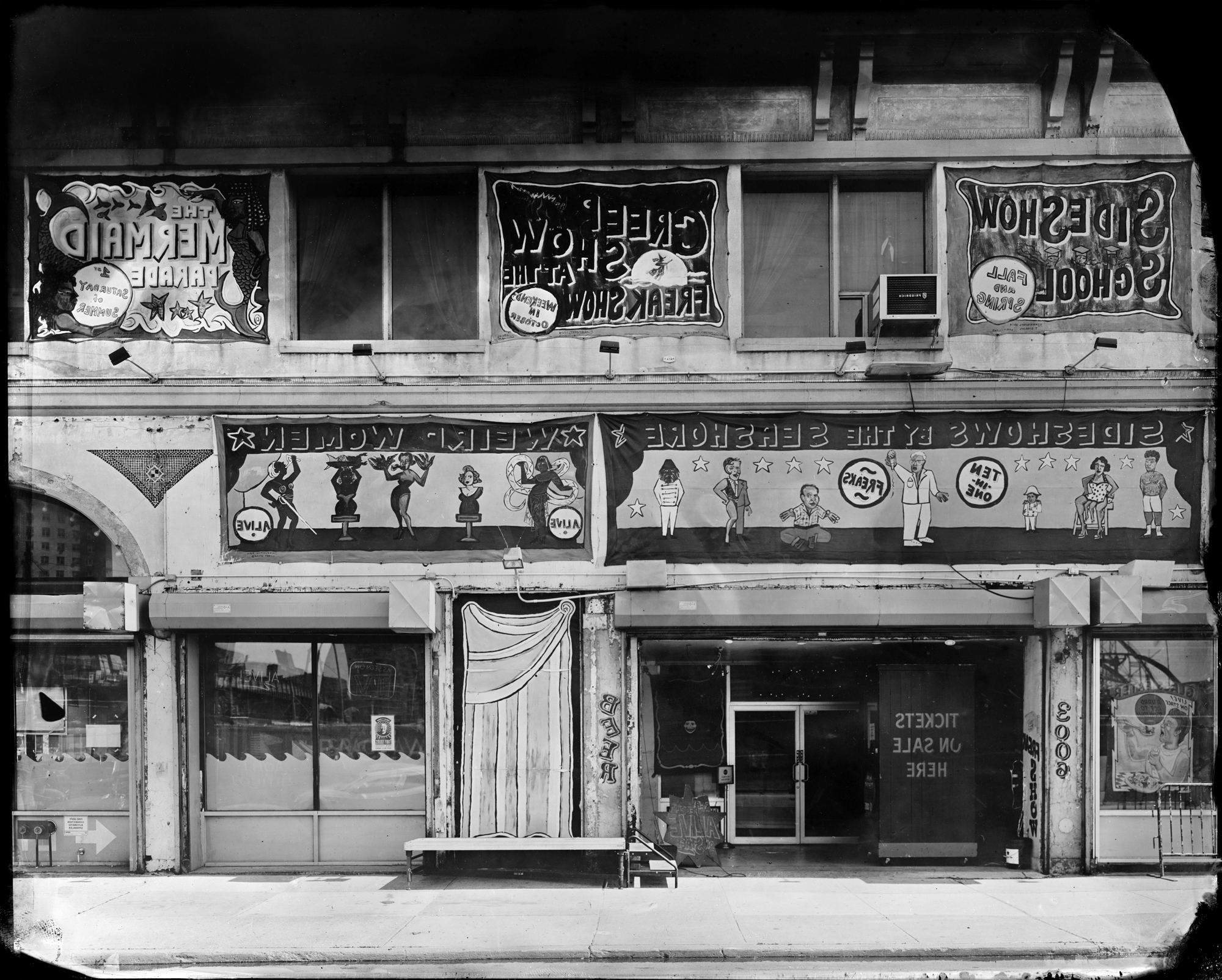 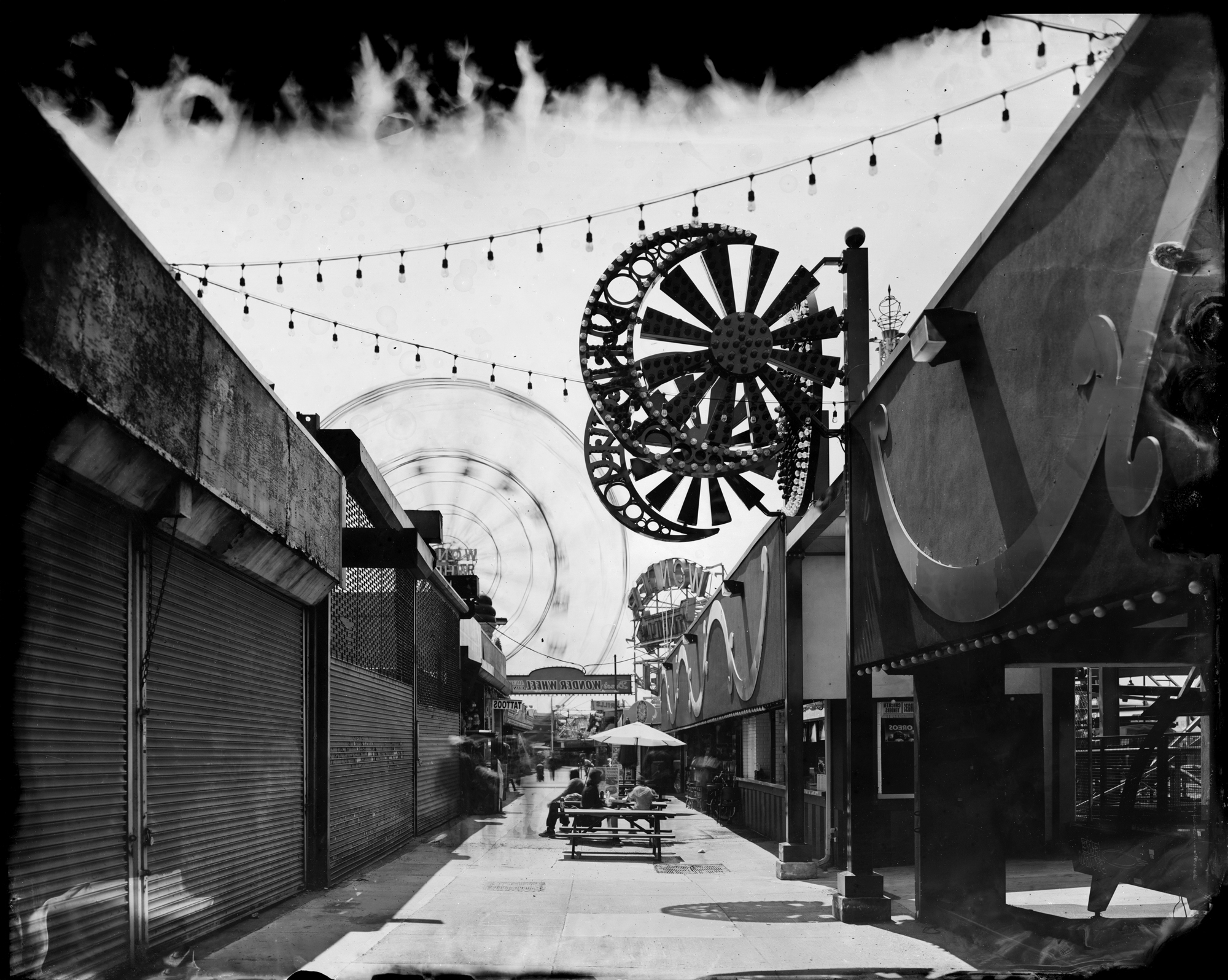 “I think both towns are on the upturn after a period of great hardship,” he adds. “With this comes gentrification and the tensions of progress.”

“I am sure the investment at both sites is welcome, but it does come at a cost. Many of the indigenous population will be pushed out and the local shops and stalls under threat by bigger corporations and chains. I think (and hope) that people recognise the importance of history and heritage and protect it as the development continues.” 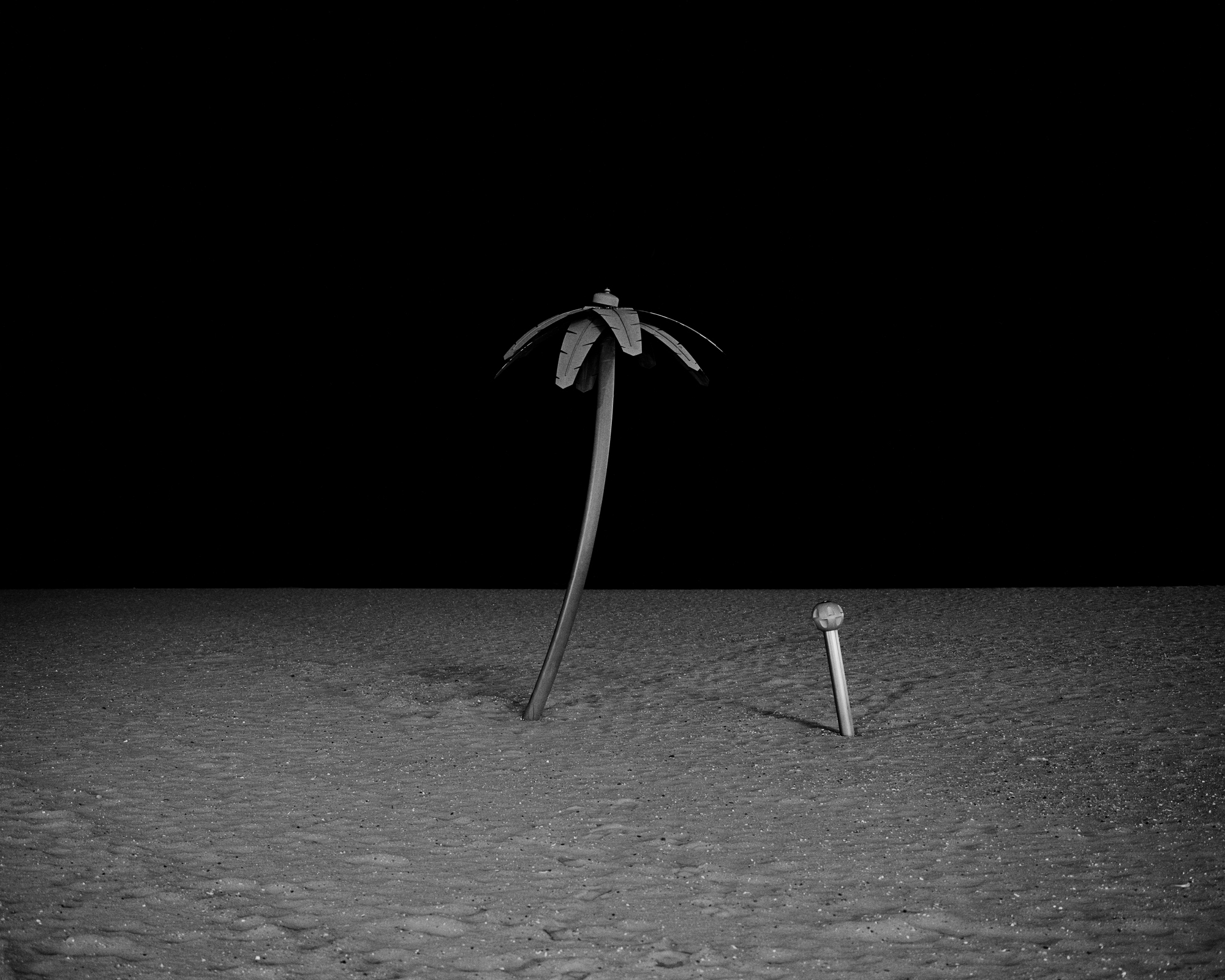 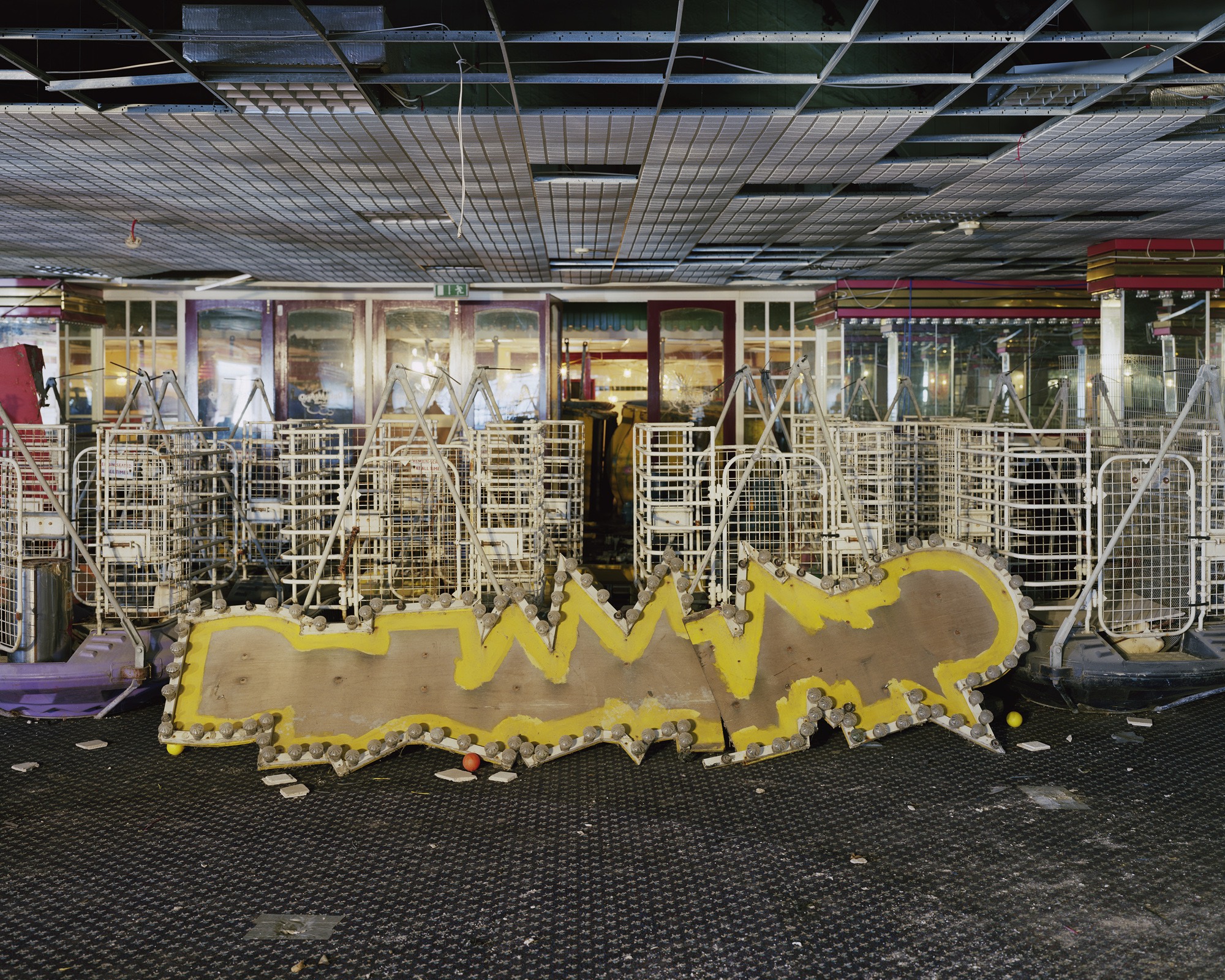 Building his own darkroom whenever he shoots, Rob works mostly with the the traditional tintype process, exploring the materiality of photography and allowing each shot to be affected as it will by external factors (sand, water, wind, fingerprints, you name it).

Working like that helps him produce images that are completely singular, but connect to the history of fairgrounds – the original polaroids and mementos of the seaside experience – a link between the people roaming these buildings now and those who did in the past.

Coney Island is out in June, published by Dewi Lewis Publishing.

Linkedin
RELATED ARTICLES
OTHER ARTICLES
In his 2008 series, the photographer pictured himself as Angela Davis, Martin Luther King Jr., Malcolm X, and other prominent figures.
As the Scottish government announces a rent freeze, an activist with Living Rent who fought and won shares how they did it, and what must come next.
Ahead of the release of their first collaborative album, the producer and rapper talk psychedelics and the state of UK hip hop.
Rhiannon Adam spent three months capturing an ageing society wracked by division, isolation, and the aftermath of scandal.
The two-day long event returned to London this year, showcasing a spectacular parade, steel bands and Caribbean food.
With skyrocketing rents, packed out viewings, bidding wars and more, renting in London has never been harder.