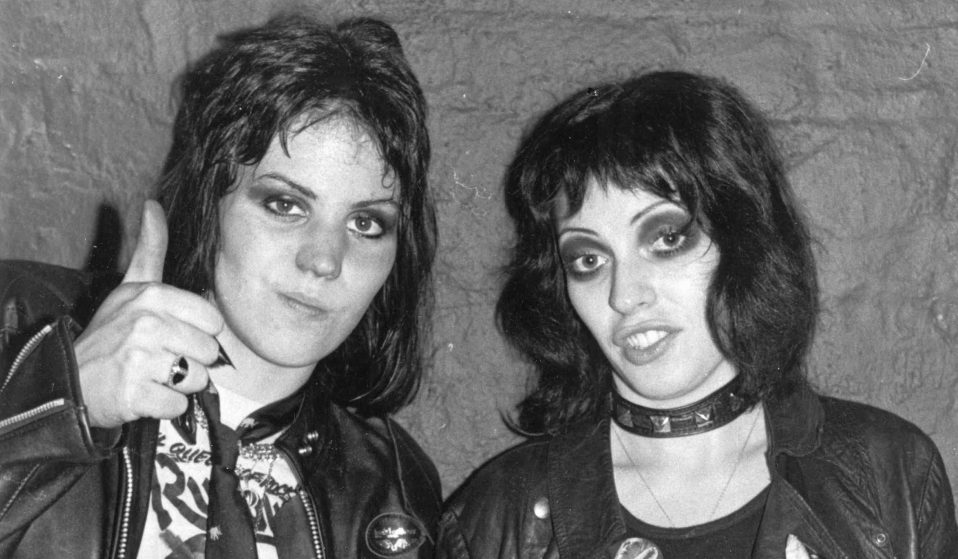 In the ’70s, Roberta Bayley moved to the city and bought a camera. Within a year, she was capturing icons like Iggy Pop, Blondie, the Sex Pistols and X-Ray Spex.

In the ’70s, Roberta Bayley moved to the city and bought a camera. Within a year, she was capturing icons like Iggy Pop, Blondie, the Sex Pistols and X-Ray Spex.

After living in London in the early ’70s, California native Roberta Bayley arrived in New York in 1974 because it was the only return ticket she could afford back to the States.

Serendipity served Bayley well. She soon met a young musician by the name of Richard Hell and was asked to work the door when his band Television played at CBGB, a new club on the Bowery. Bayley fell in love with the emerging punk scene of the Lower East Side and began working at CBGB five nights a week.

In 1975, Bayley bought a camera and adopted the punk attitude to making art: sheer nerve. As chief photographer for Punk magazine, she would amass a singular archive of artists like Iggy Pop, Debbie Harry and Blondie, the Sex Pistols, the Damned, the Clash, the New York Dolls, X-Ray Spex and the Dead Boys, among others.

“Photography is more the eye than the technique,” Bayley says in Beth Lasch’s new documentary short, Roberta Bayley: She Just Takes Pictures. The film provides a whirlwind view of her 10-year career, kicking things off with her iconic black and white photograph of the Heartbreakers, which later appeared on the cover of the seminal punk oral history, Please Kill Me.

“That was right at the beginning: it was the fourth roll of film through my camera,” Bayley recalls. “Photography is pretty easy, you just push that button. I just went with it. I never learned to do any of that [technical] stuff. I learned to use a flash but basically I quit before I learned anything deep about photography.” 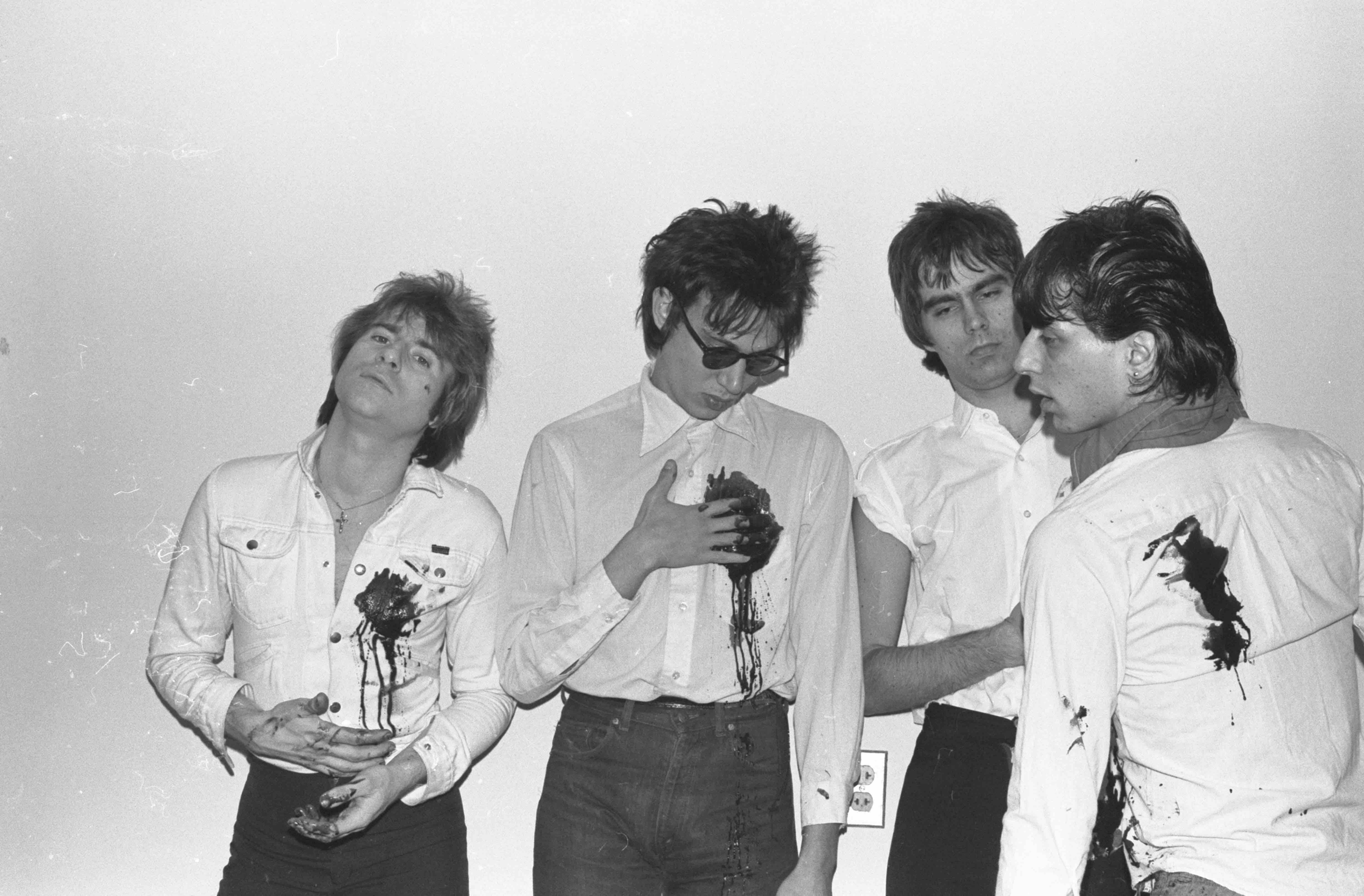 The Heartbreakers 1975. This was my first photo session, the 4th and 5th rolls through my new (used) Pentax Spotmatic. 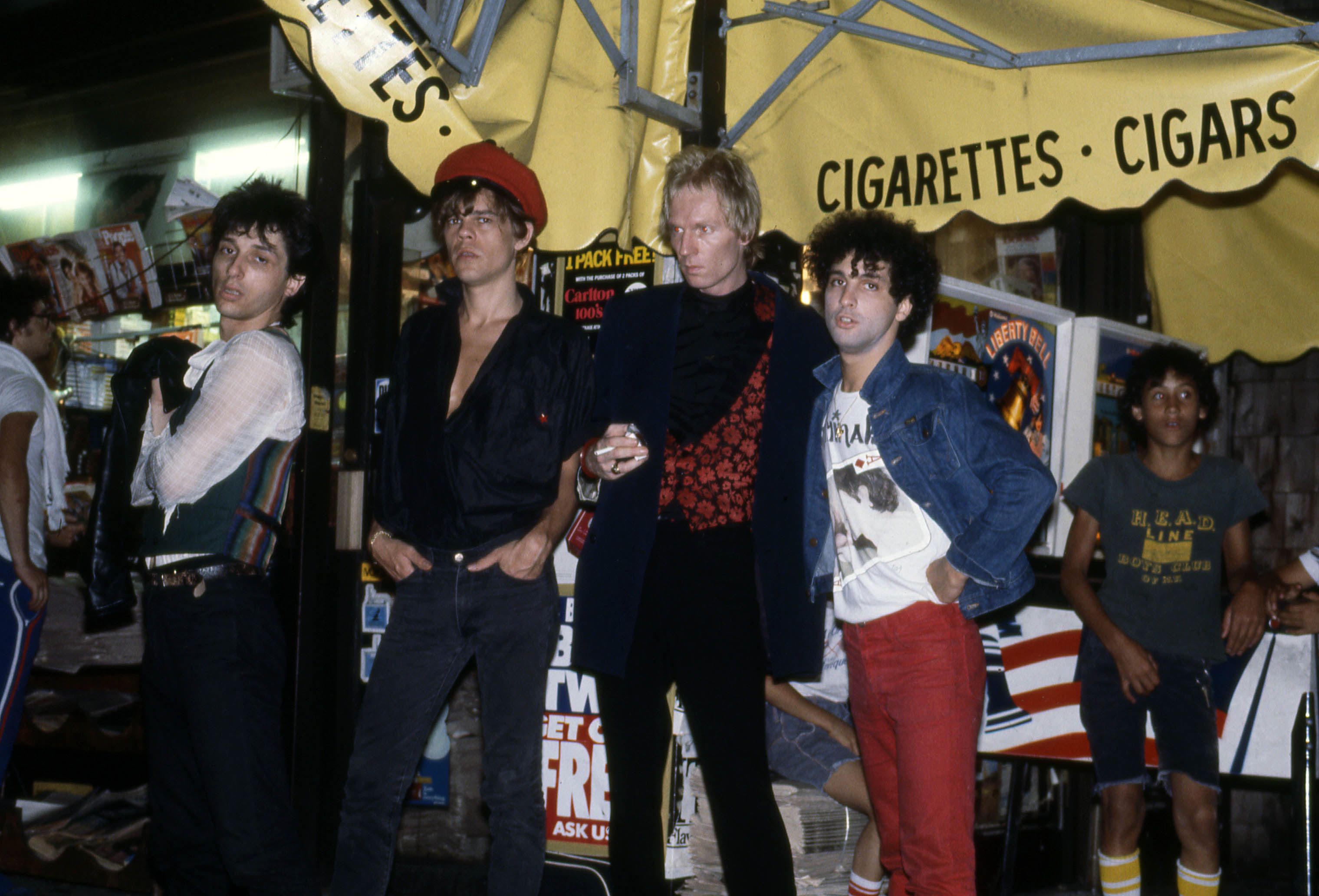 This was the first attempt to get all the living New York Dolls reunited outside Gem Spa in 1977. Unfortunately, Jerry didn’t show up! We re-shot a few days later, the last photo of them together.

Going on instinct, Bayley knew she needed total freedom to create her work. She didn’t want to work in a studio; she wanted to be with the band, not just as a photographer but as friends. As an insider, Bayley got close to her subjects in a way few others could.

“I travelled with Blondie a few times,” she says. “We were the same age, the same level of success – not much. At a certain point, you’re just invisible if you’re always hanging around. ‘It’s just Roberta, what’s the big deal?’”

“That was definitely true at the Ramones session. If I had shown up with all these lights and a makeup person, it would have been a completely different situation. It was like, ‘It’s just Punk magazine – let’s get this over with.’ Sometimes that’s a good thing.”

From the very start of her career, Bayley’s talents were immediately recognised. Her Heartbreakers photos became a poster, her Ramones photo became an album cover, and her portrait of Richard Hell for Blank Generation was chosen by Lester Bangs as the worst album cover of all time in the Rolling Stone Book of Lists. “I thought that was great,” she says with a laugh. “It’s always good to be number one even if it’s the worst.” 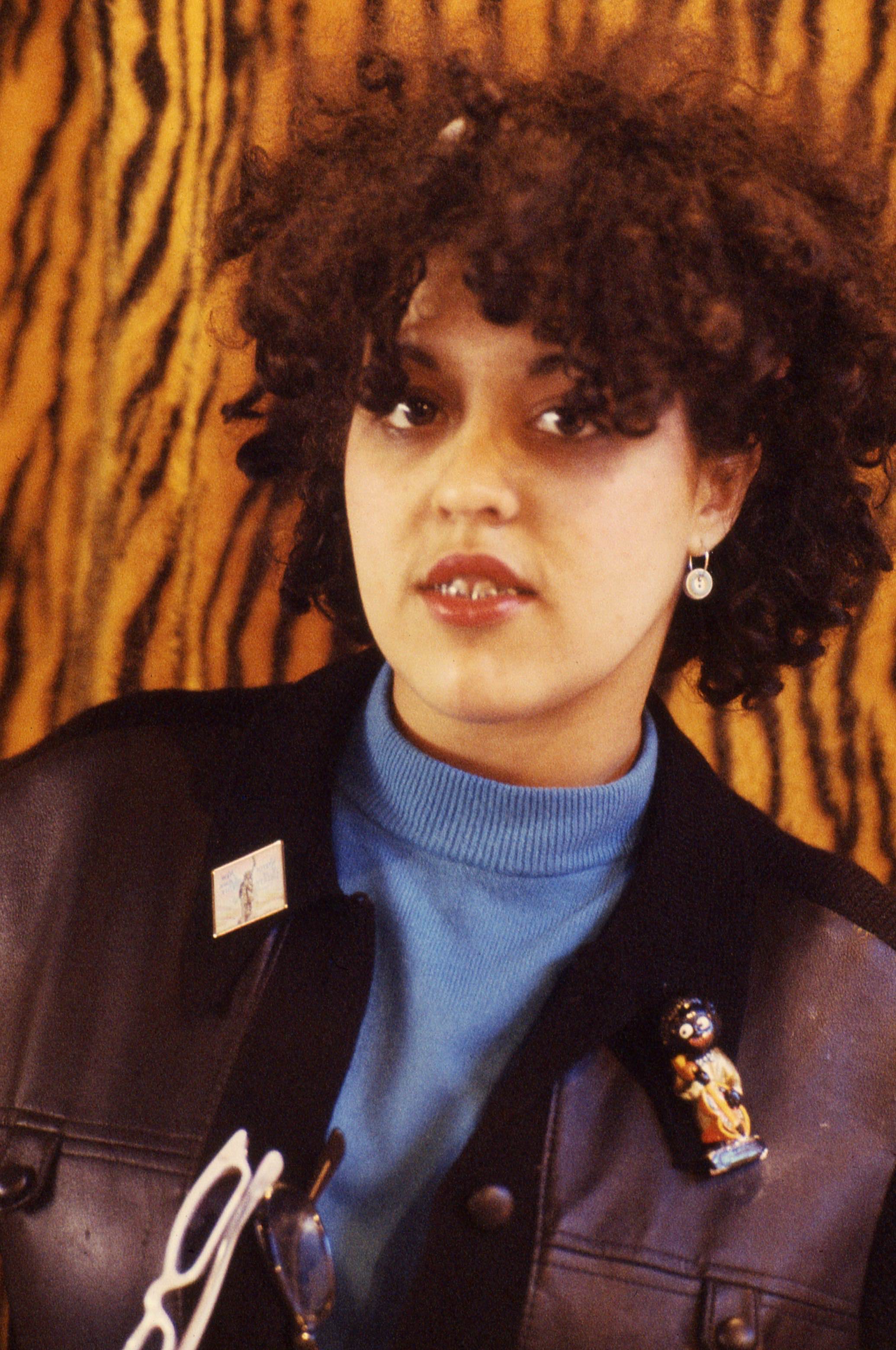 Polly Styrene of X-Ray Spex 1978. Taken in a short lived Punk store on the Bowery near CBGB. 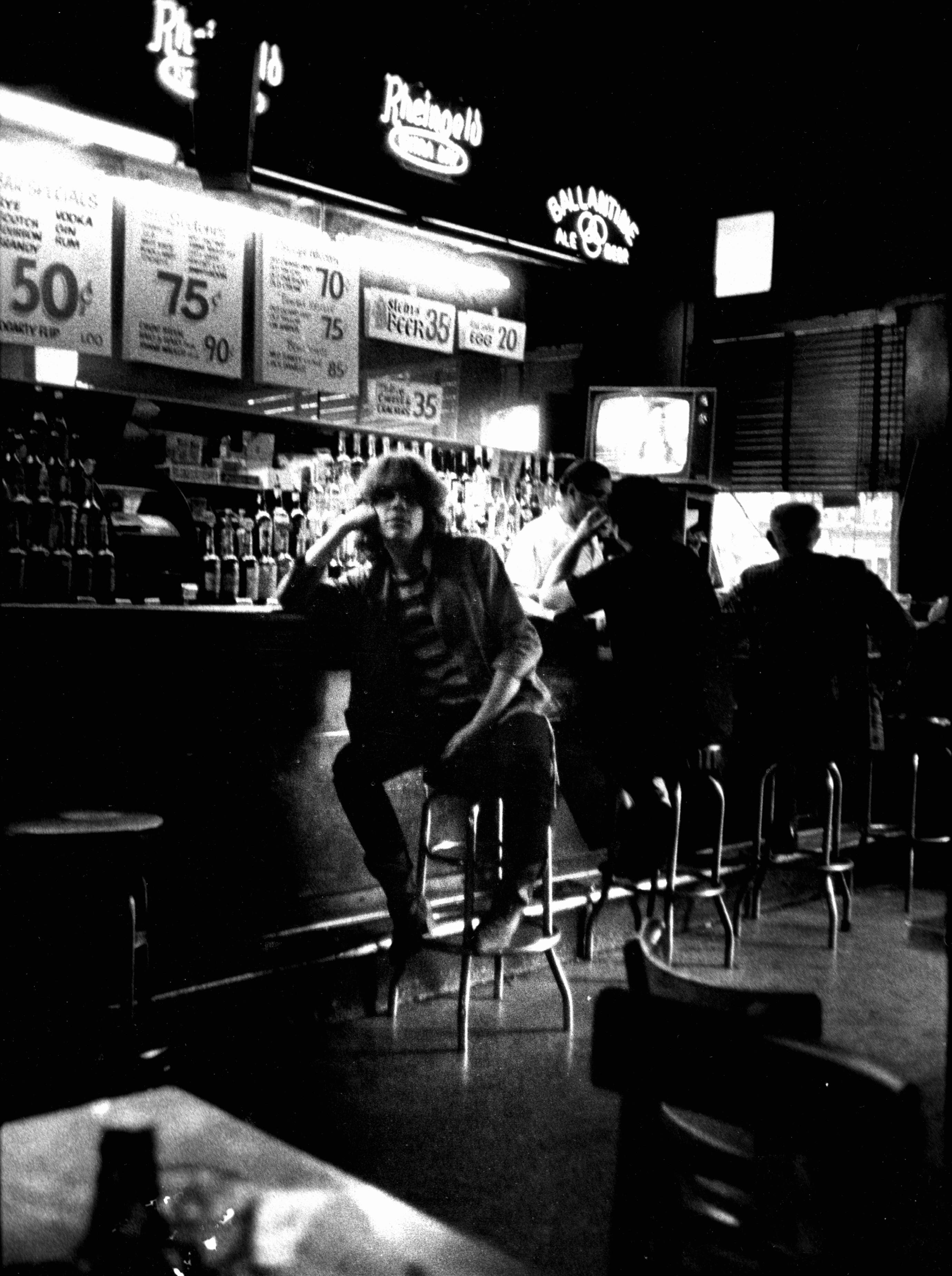 David Johansen Canal Center Bar in Chinatown 1978. David was rehearsing his first solo album in a nearby studio on Mercer Street 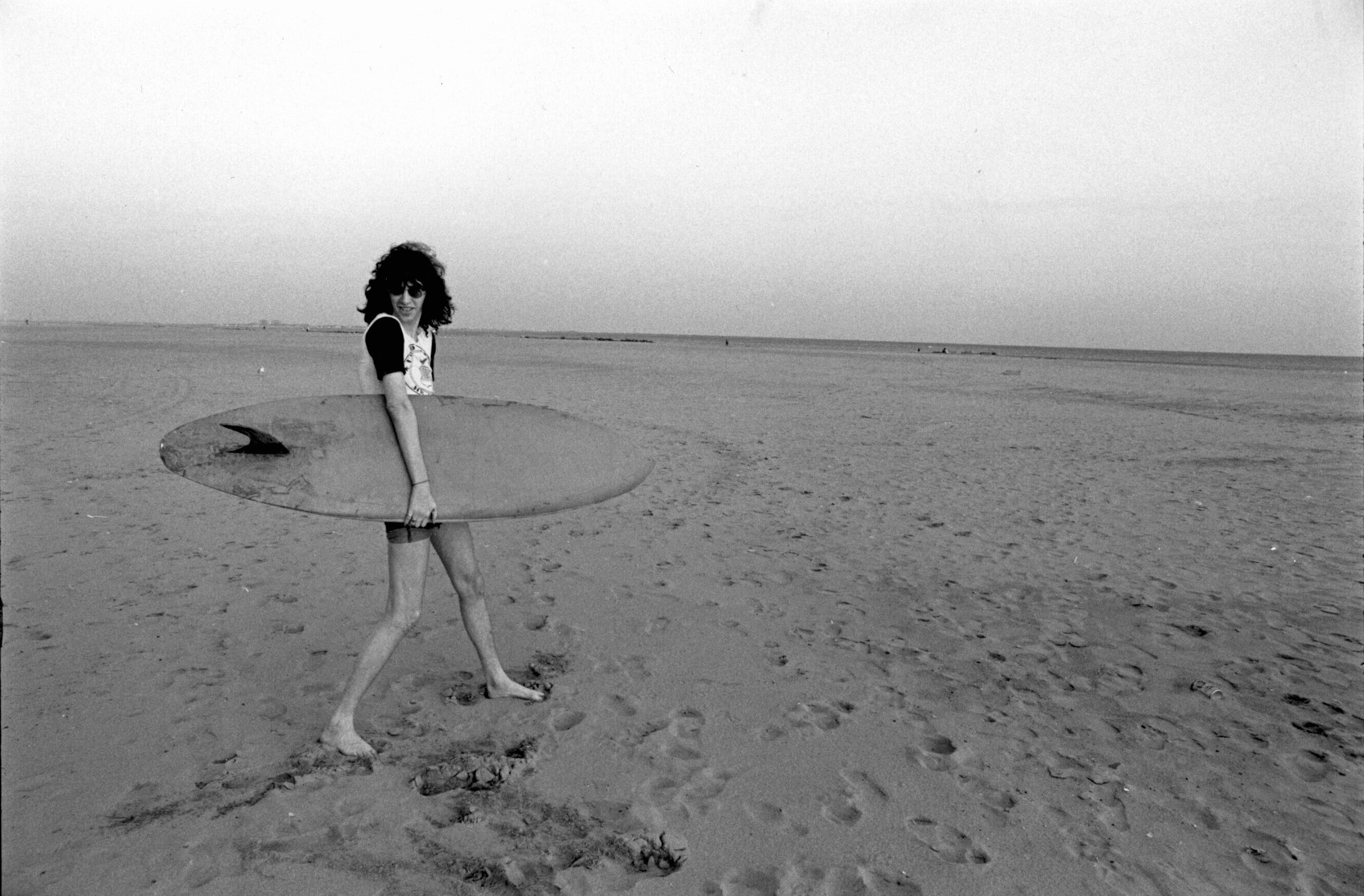 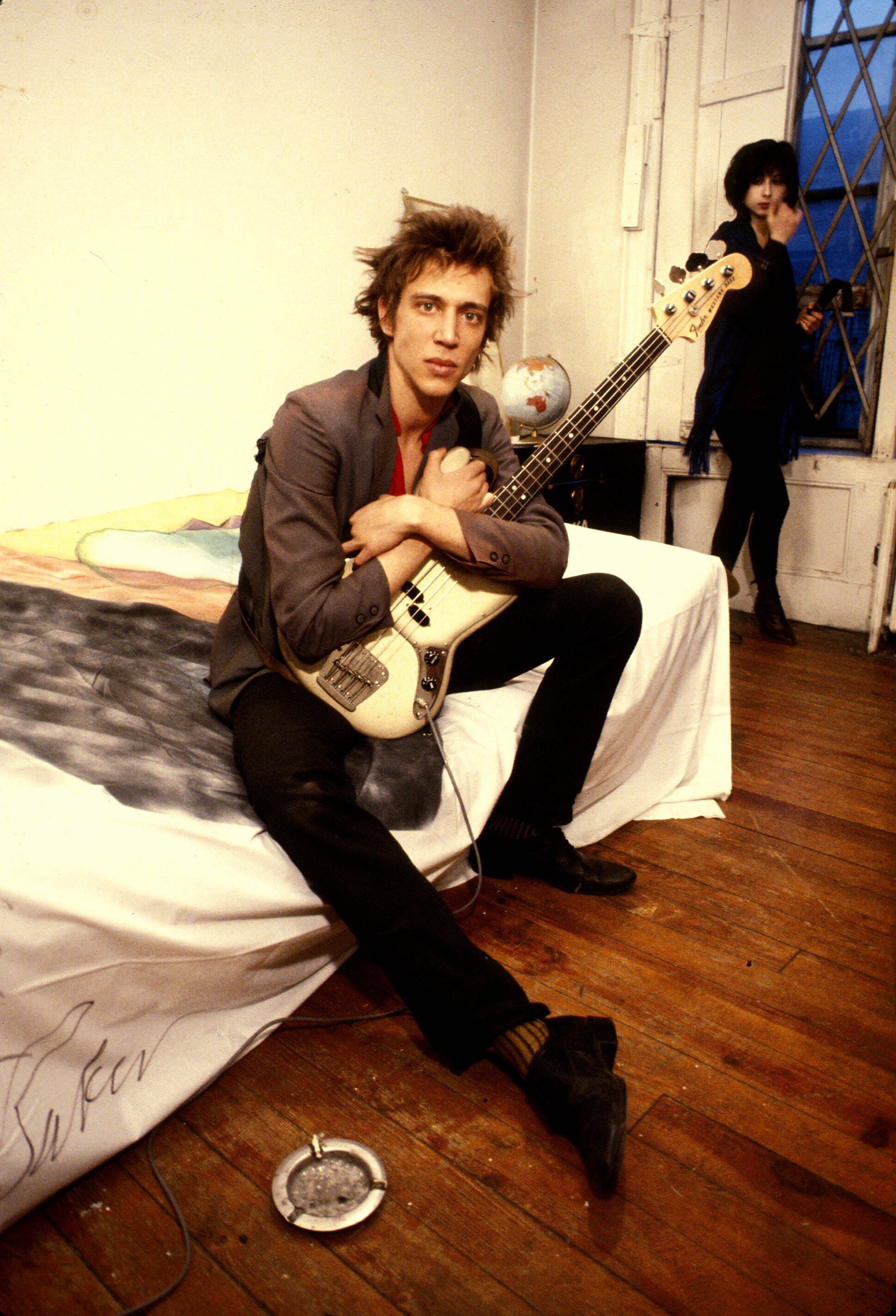 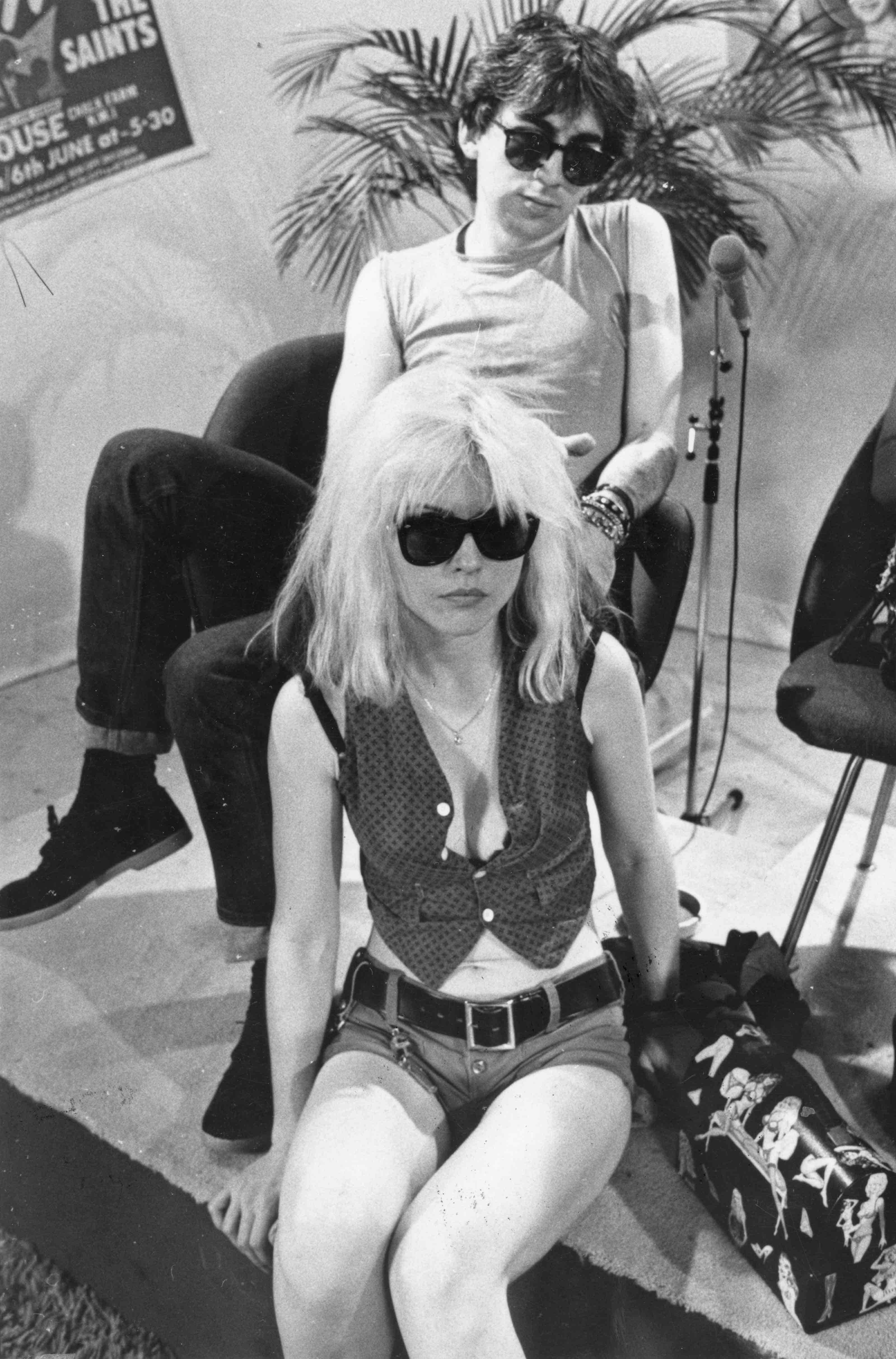 Debbie Harry and Chris Stein at an early appearance on cable TV about Punk. 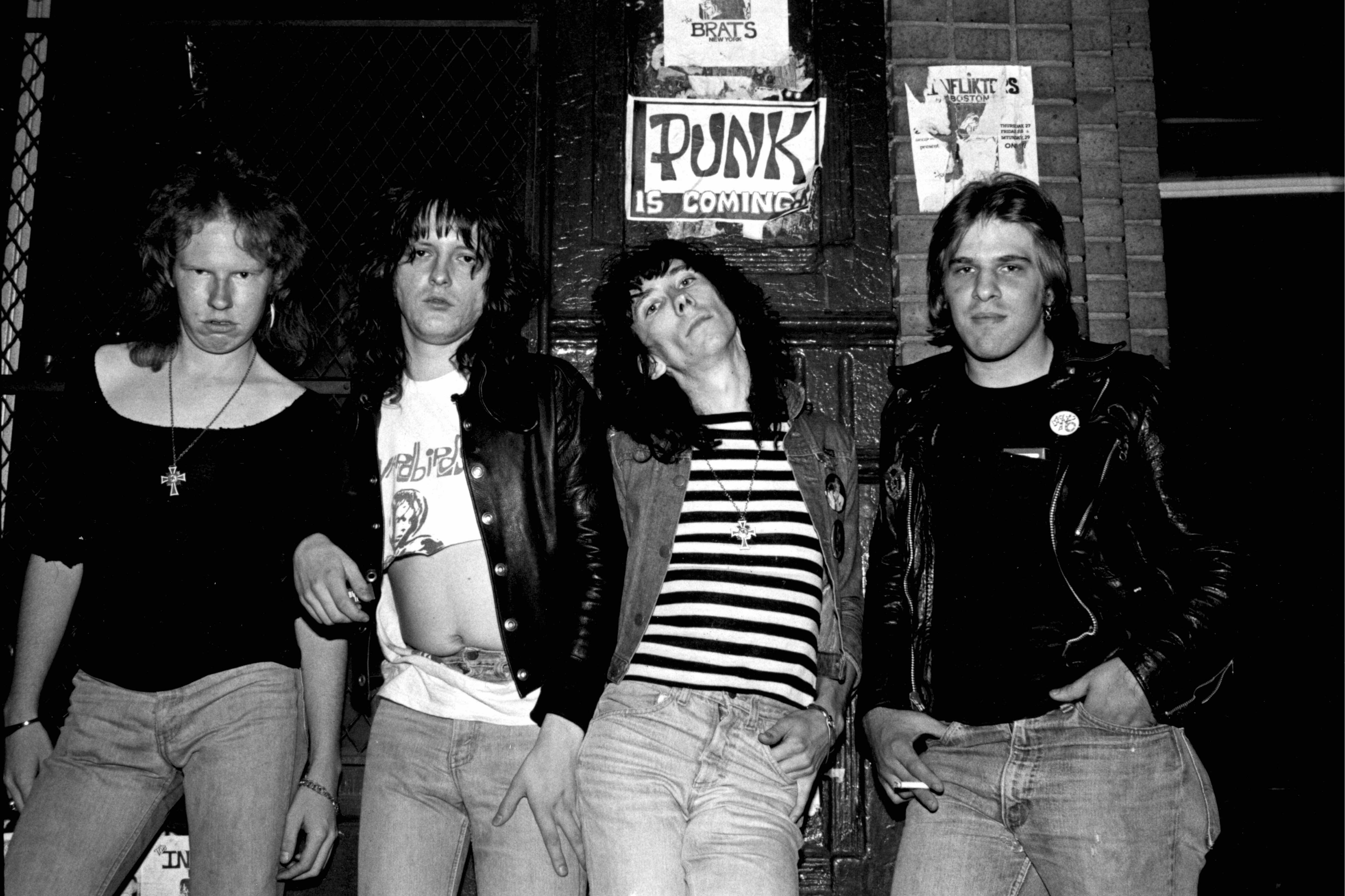 The Dead Boys outside CBGB 1976. When they came back to New York they all had short hair! 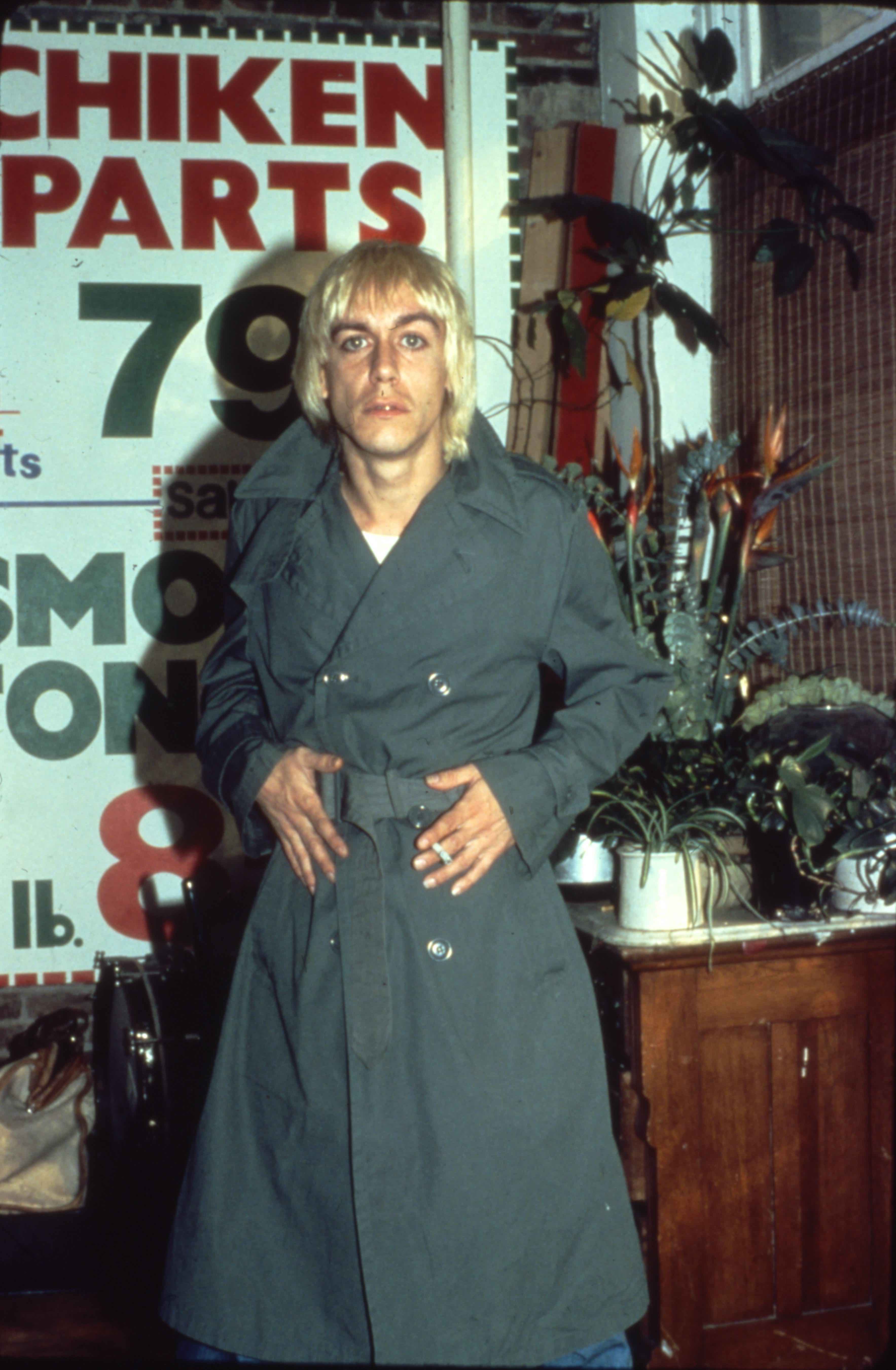 Iggy Pop at the Ramones loft on E. 2nd Street at a shoot for Punk magazine. A few days later, Iggy would leave for Berlin with David Bowie. 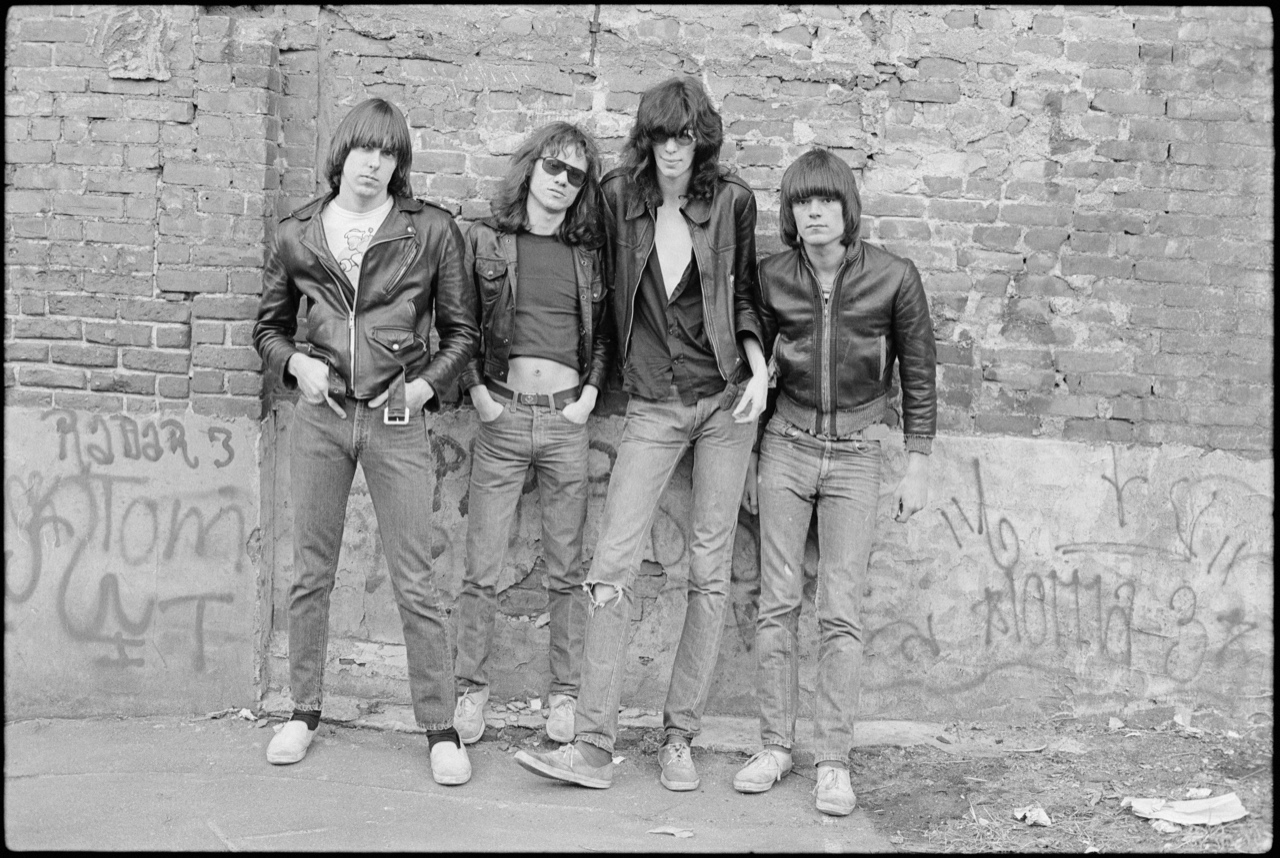 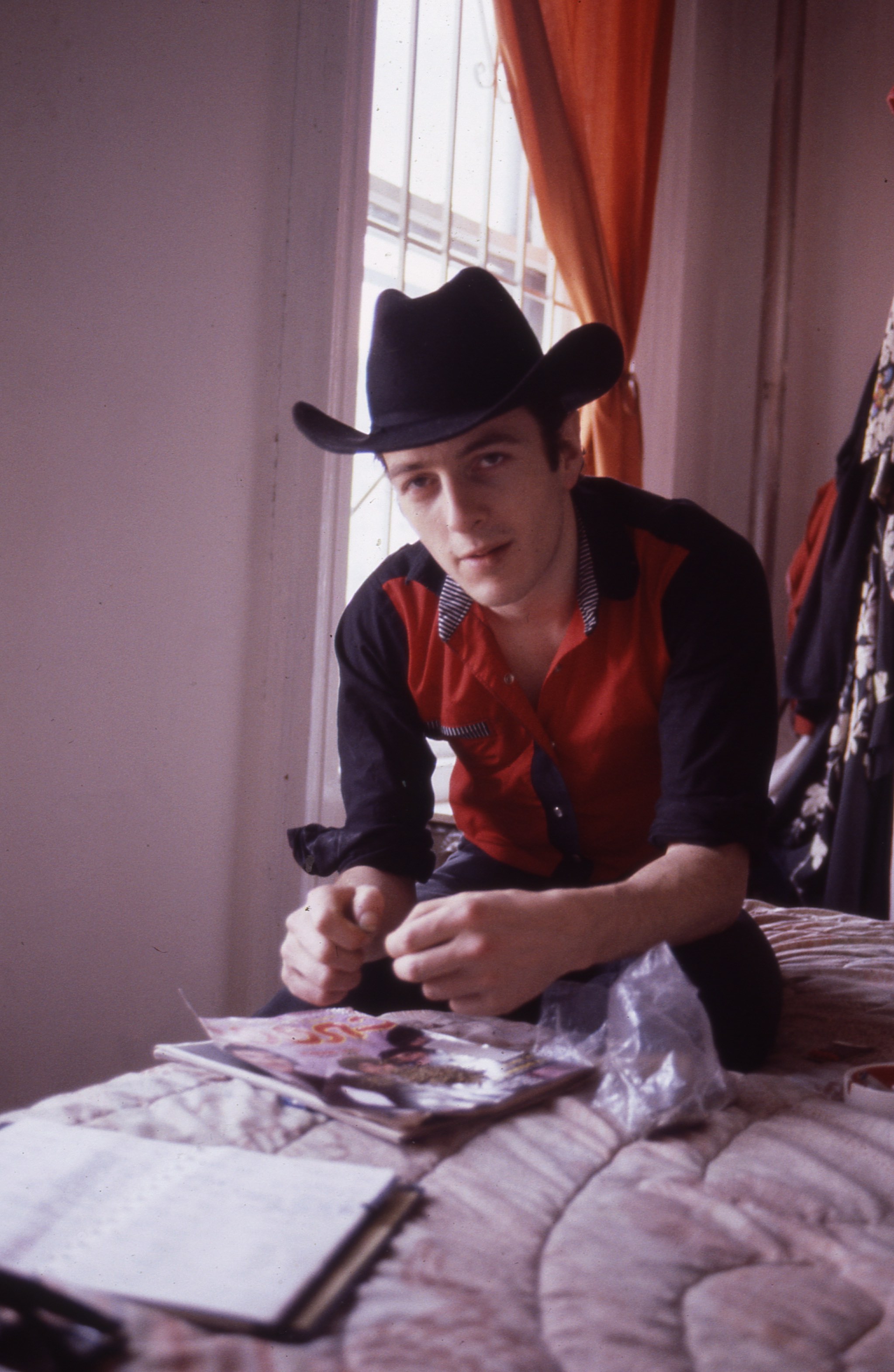 Joe Strummer rolling a spliff (on a copy of Creem magazine!) 1980

Roberta Bayley: She Just Takes Pictures is out now.

Linkedin
RELATED ARTICLES
OTHER ARTICLES
The revered showbiz chronicler recalls his journalistic beginnings, documenting subcultural scraps in the ’80s.
Members of the collective share some of their reasons to run as part of #UnitedBySummits, a campaign that looks to uncover transformative power of the outdoors.
To mark the anniversary of the mass trespass of Kinder Scout, a group of hikers came together with the intent of creating a new, fully inclusive culture for rural spaces.
In the latest OFFF Dispatch, the enigmatic designer dives into his process, connecting the dots between his unique and varied creative output.
A group of Ukrainians living in Poland are helping Ukraine withstand Russia’s brutal invasion by buying supplies and shipping them directly to the war’s frontlines.
Shifting the focus from the cost of living crisis to tackling obesity while many starve or freeze is farcical and pointless, writes Fatzine founder Gina Tonic.