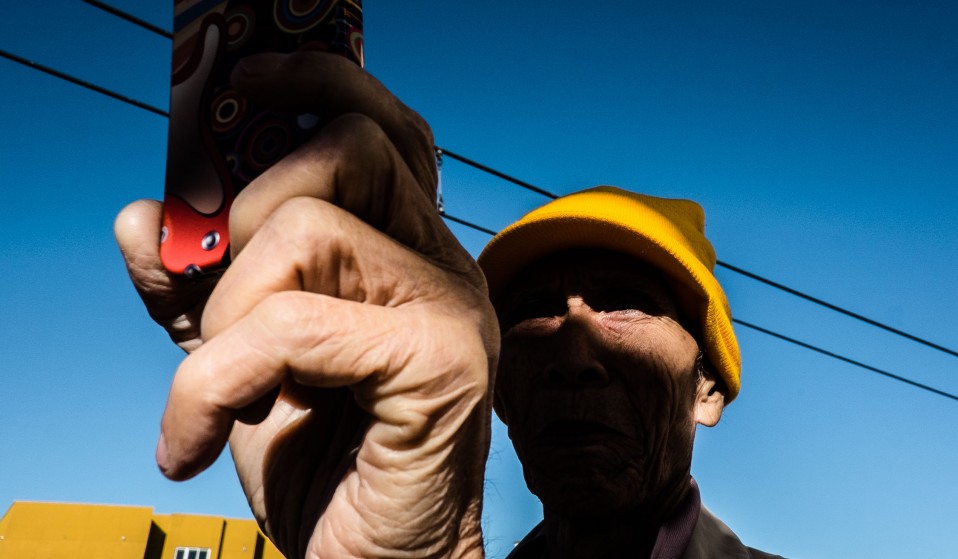 Text By Ryan Staley, as told to Cian Traynor

By day, Ryan Staley works in the buttoned-down world of corporate law. But his free time is spent on the streets of LA, focusing his untrained eye on an ‘alternate reality’ that only he can see.

By day, Ryan Staley works in the buttoned-down world of corporate law. But his free time is spent on the streets of LA, focusing his untrained eye on an ‘alternate reality’ that only he can see.

I’m an attorney who never really took pictures until 2013, when my law firm issued iPhones to its staff. At first, most of my images were abstract but colourful compositions that often featured deteriorating walls and trash.

Friends suffered through my over-sharing of these snaps and dubbed them ‘shitpics’. But after seeing a documentary about street photographer Vivian Maier in early 2014, my focus shifted to people. When you reach a point where you are undeniably invading other people’s personal space on a daily basis, I think you have to decide if what you are doing is well-intentioned and meaningful enough (to you) to justify that invasion. The day I answered that question affirmatively, photography became a part of my personal identity.

My Instagram account @powercorruptionandlikes was created in the midst of a personal existential crisis. I can’t think of a time where my life was more disrupted and chaotic than these last few years. So many sources of security were lost or exposed as illusions… I’m still not sure how to categorise it. 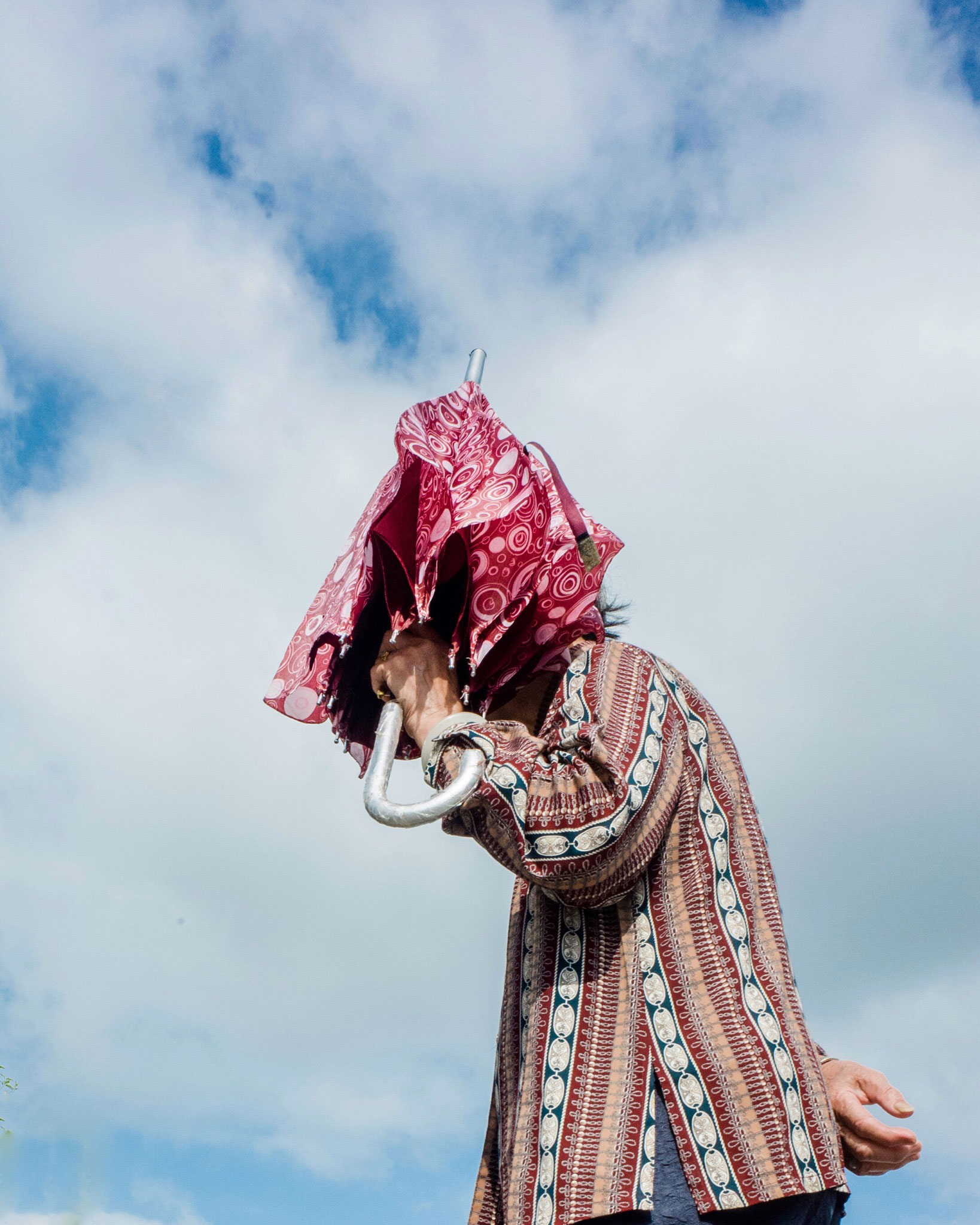 It’s been a period of both creation and destruction but I do believe in the notion that from chaos comes opportunity. @powercorruptionandlikes is a massive exercise in soul-searching and I expect to look back on this time as one of self-discovery and change.

I have an undeniably addictive brain. Anyone with even a minor understanding of addiction knows that addicts seek to escape discomfort and, as a result, there have been periods where I’ve struggled to be present. 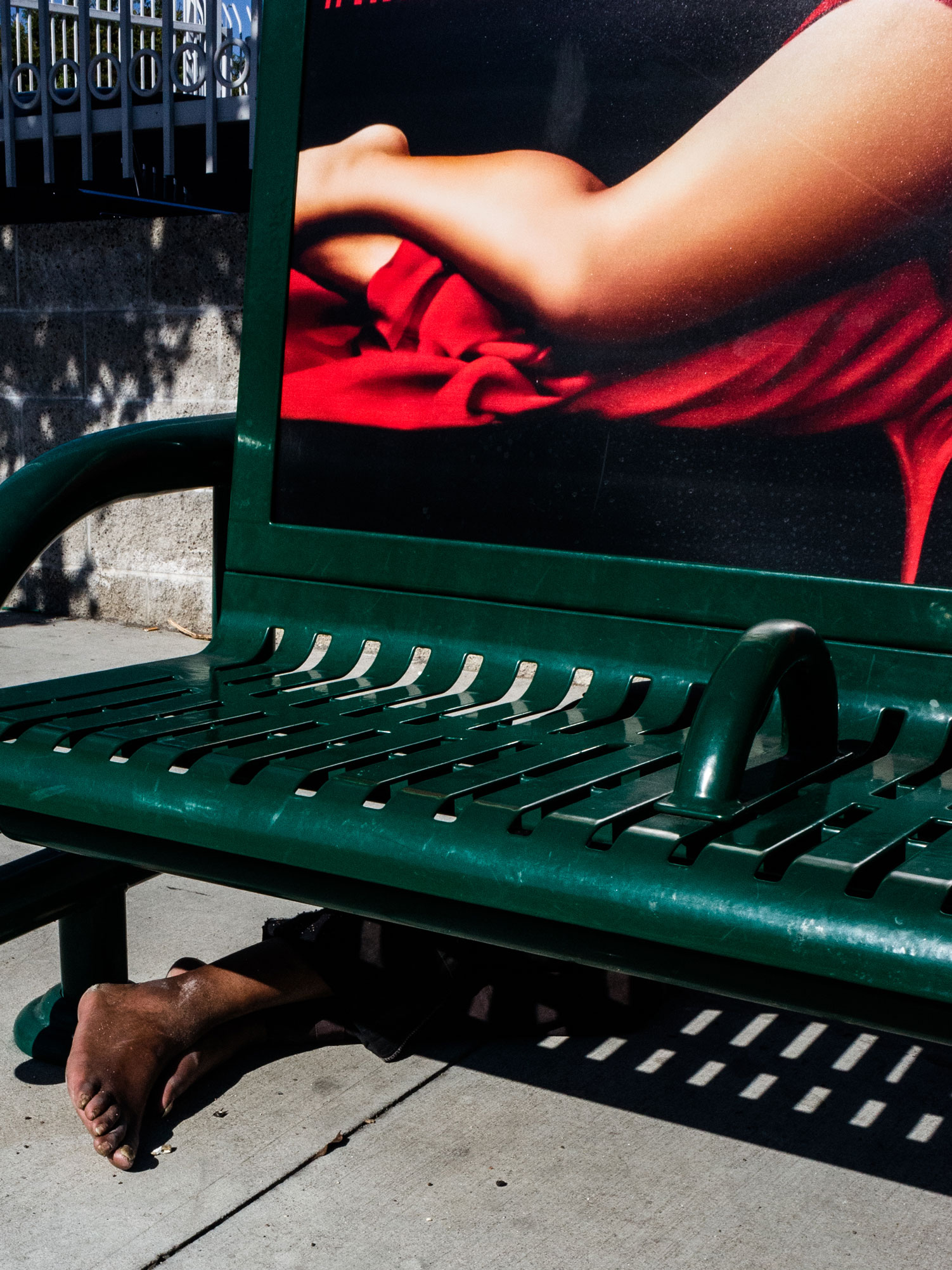 I’ve discovered a paradox in my relationship with photography. On the one hand, there are few times where I am more hyper-focused on my immediate physical surroundings than when I am walking through a crowd of people with my camera.

At the same time, it is pure escapism. I am always wearing headphones while shooting – playing some sort of fucked-up ambient score to alter my visual perception – so that, in my mind, I am alone in a bubble floating through the crowd. I can feel both mindful and lost in thought at once. 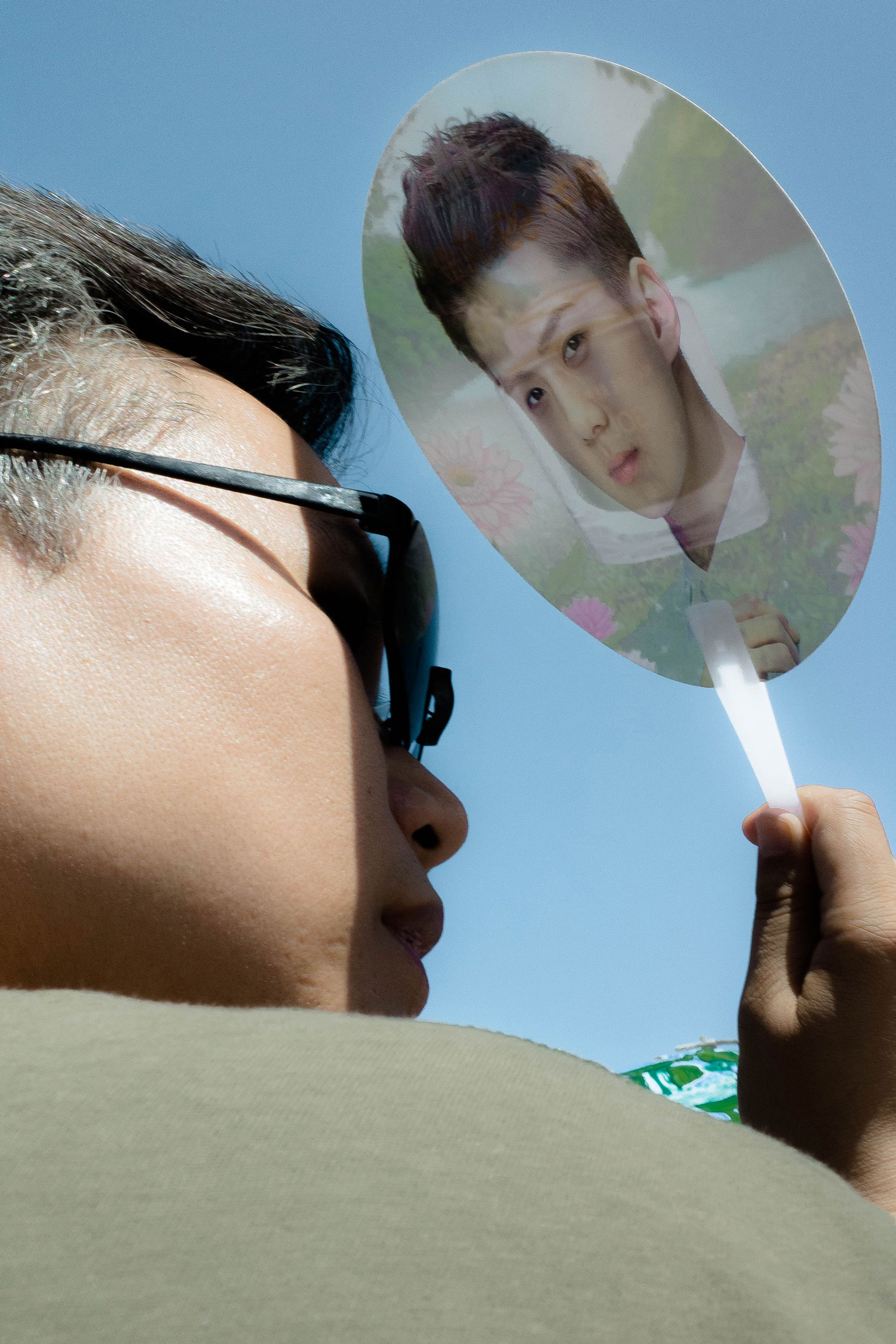 I know many photographers who go out with the hope of capturing unique moments just as they transpired. For lack of a better term, I call this creating a record of ‘actual reality’.

By contrast, I go out with the aim of manipulating context and creating an ambiguous ‘alternate reality’. While I think it’s critical that the shots be candid and real (with unknowing subjects behaving naturally), I like to take images from severe angles at which no human being would actually view things in everyday life. These unusual points of view can lead to confusing and visceral results that excite me. 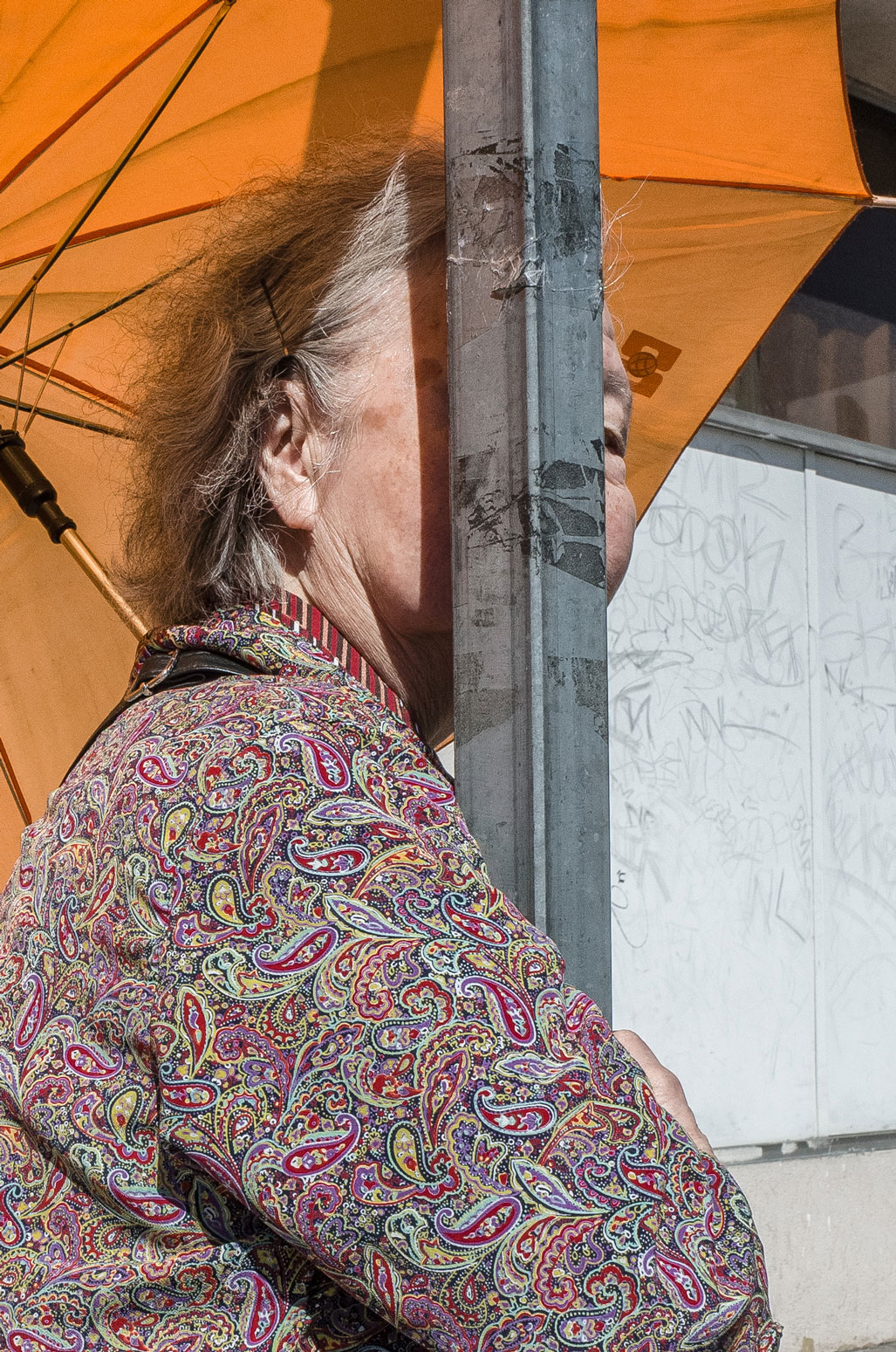 To this day, I have only a limited understanding of the devices I use. I once met a photographer (now a good friend) who immediately laughed at the way I hold my camera. I had no idea I was doing anything unusual. 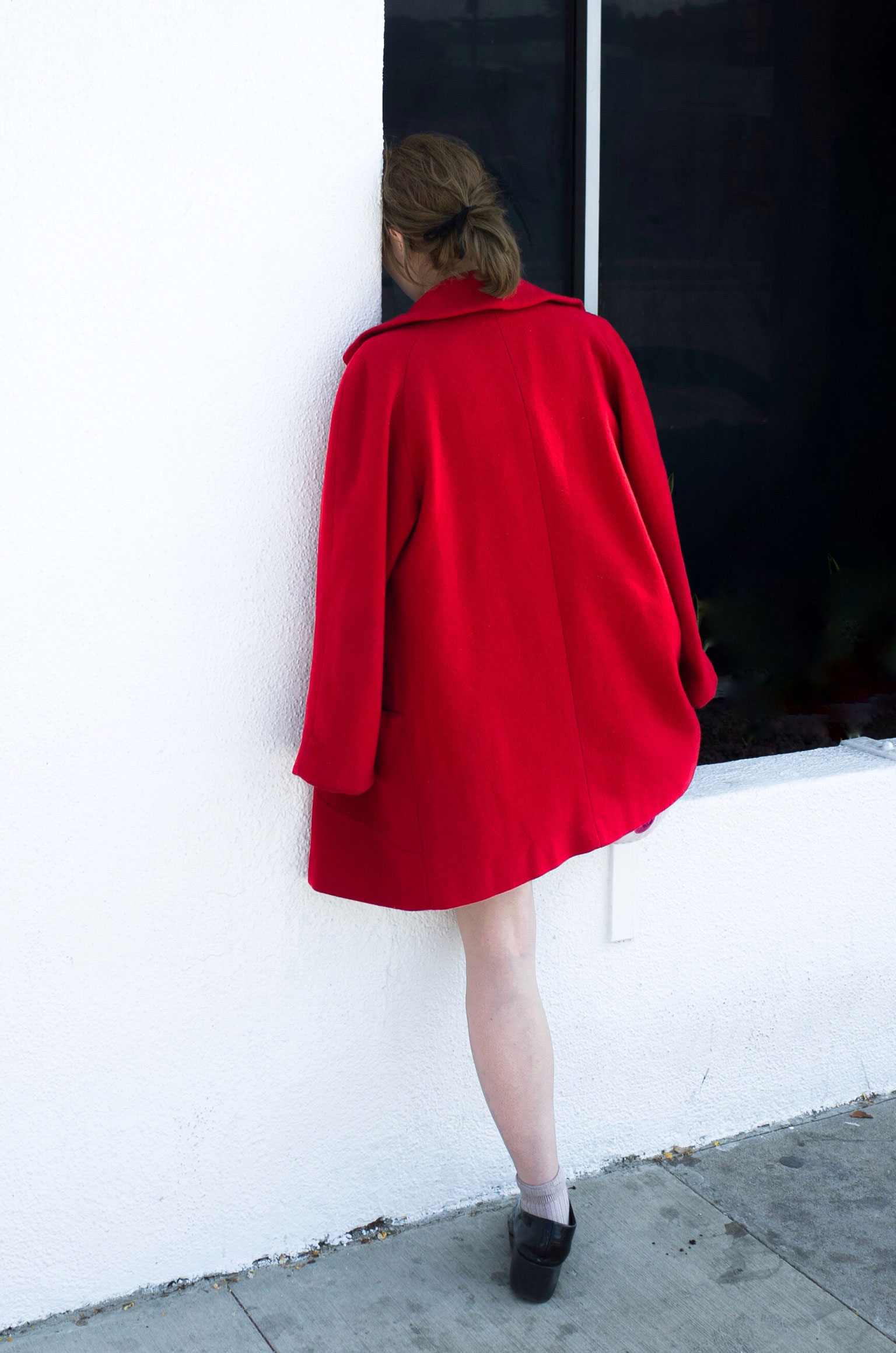 I think my process is full of these minor peculiarities that inevitably lead to different strengths, shortcomings and, ultimately, results.

Sharing art, however, is ripe for self-doubt and challenges to the ego. If you are producing work that is raw and honest, there is inevitably an element of vulnerability – and I’ve certainly found myself craving approval at times in a way that I believe disrupted my creative process. 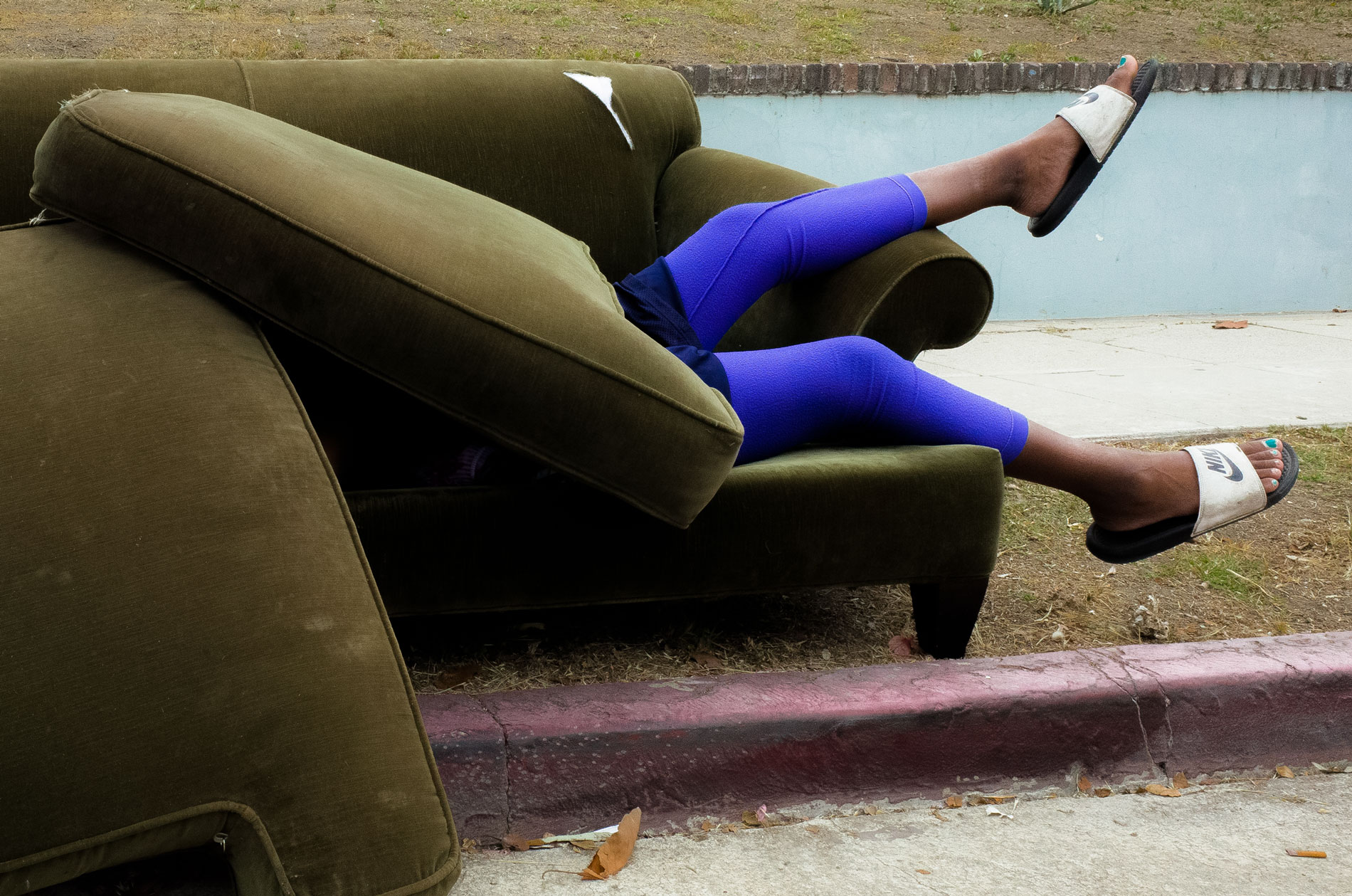 I have another photographer friend who had a big role in helping me develop stylistically and overcome these issues, but I suspect that dealing with self-doubt and taming the ego beast will be an ongoing effort. I’m okay with that.

In my view, developing your own style is all about being authentic. I think it’s about speaking in your real voice and going after what genuinely turns you on. 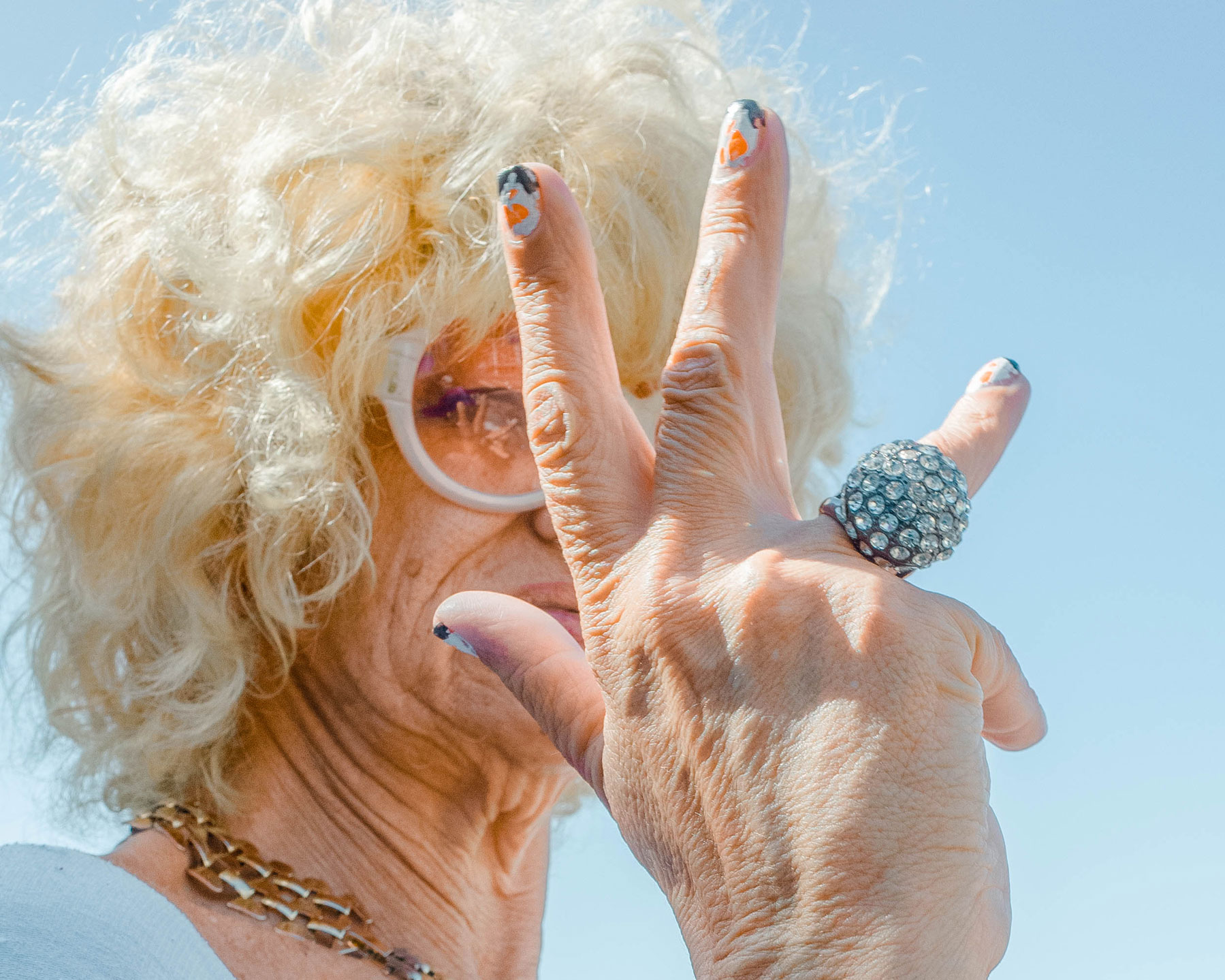 No matter how technically sound or aesthetically pleasing an image may be, if it doesn’t come from an honest place, I don’t see how it can be special. It’s like living a lie.

Buy a limited-edition print by Ryan Staley from our printshop, or see his work in Rule-Breakers: The Exhibition, showing at 71a London until December 22.

Linkedin
RELATED ARTICLES
OTHER ARTICLES
Photographer David Corio’s archive offers a glimpse inside a revolutionary era of music and nightlife.
Birdy Chu reflects on documenting the historic moment in which the territory was formally passed back from the UK to China.
Following the announcement of an 80% hike in the energy price cap from 1st October, crowds gathered outside the offices of energy regulator Ofgem to protest and declare their intention to undertake a payment strike.
Ahead of the release of their first collaborative album, the producer and rapper talk psychedelics and the state of UK hip hop.
With skyrocketing rents, packed out viewings, bidding wars and more, renting in London has never been harder.
In his 2008 series, the photographer pictured himself as Angela Davis, Martin Luther King Jr., Malcolm X, and other prominent figures.