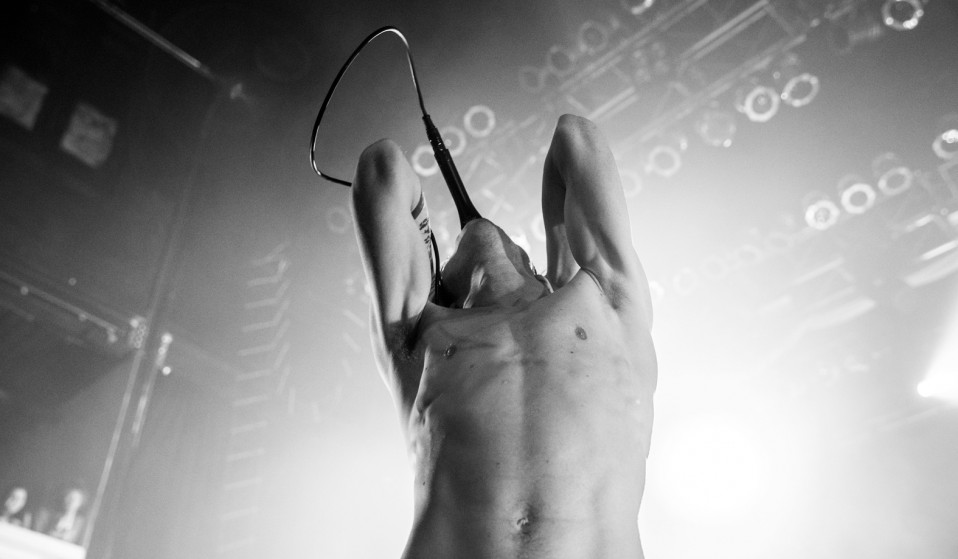 An obsessive drive to document gigs has given Sacha Lecca unique insight into what makes live music special: chaos, intimacy and a creative force that will never be silenced.

An obsessive drive to document concerts has given Sacha Lecca unique insight into what makes live music special: chaos, intimacy and a creative force that will never be silenced.

For a lot of people, photography is a ‘way in’ to any situation, a means of connecting with other people. But for me it was also a barrier.

I used to be quite shy, and still am to a degree, so to have a camera with me meant I could immerse myself in situations without necessarily having to talk one-on-one.

My parents are both fashion photographers, covering shows primarily from the end of the runway. They’ve been doing that since the ’80s and as their business grew, I started to help out. 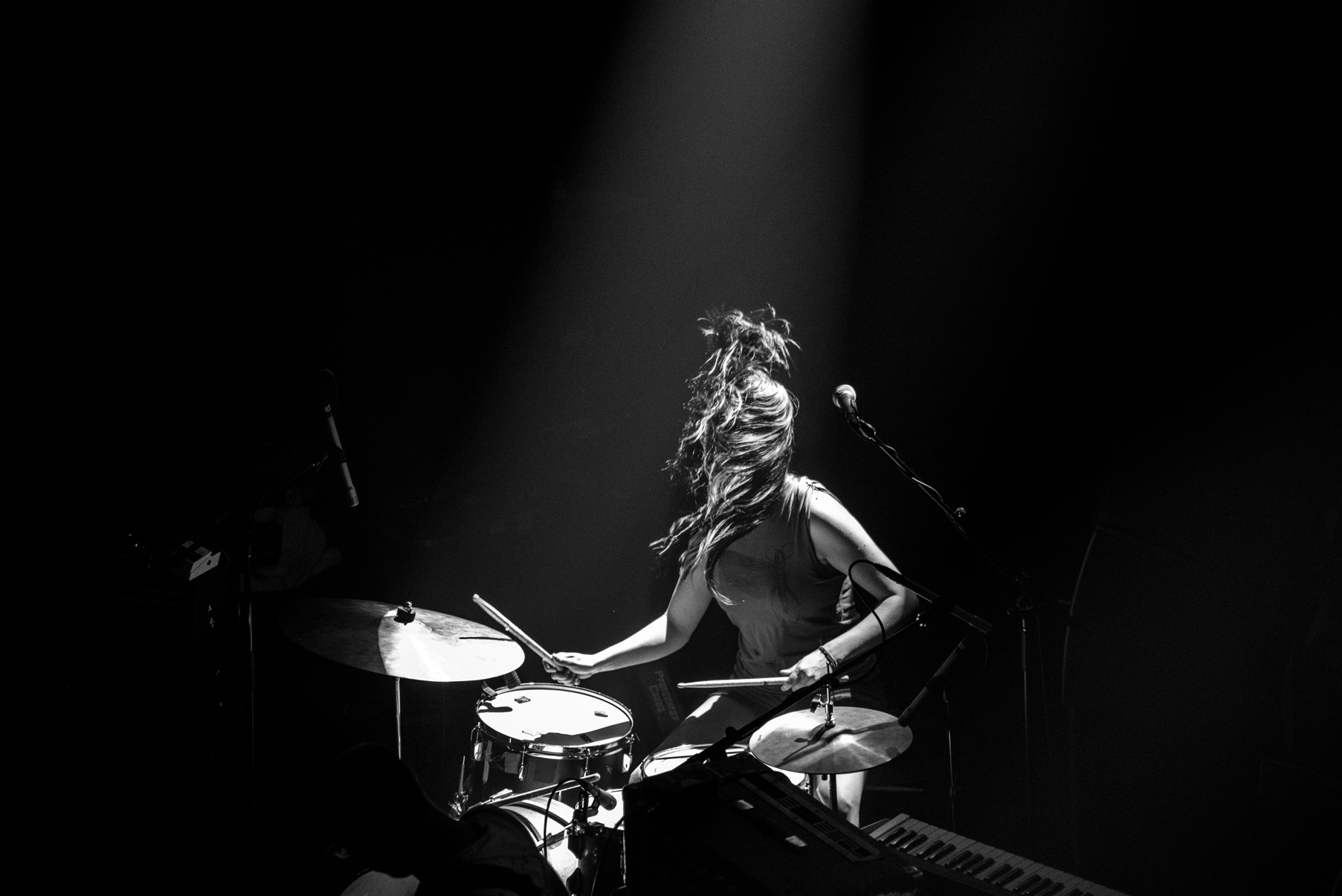 I’ve been taking pictures and processing my own film since I was 12, though I always wanted to avoid doing it for a living just because I didn’t want to simply mirror my parents.

At university, I studied advanced mathematics and computer programming. It was pretty heavy stuff and I had a bit of a meltdown in the middle of my degree, switching to art history at NYU.

I was determined to work for museums as a curator but I ended up falling into a job at Newsweek in the photo department, working with photojournalists and being inspired by their projects. 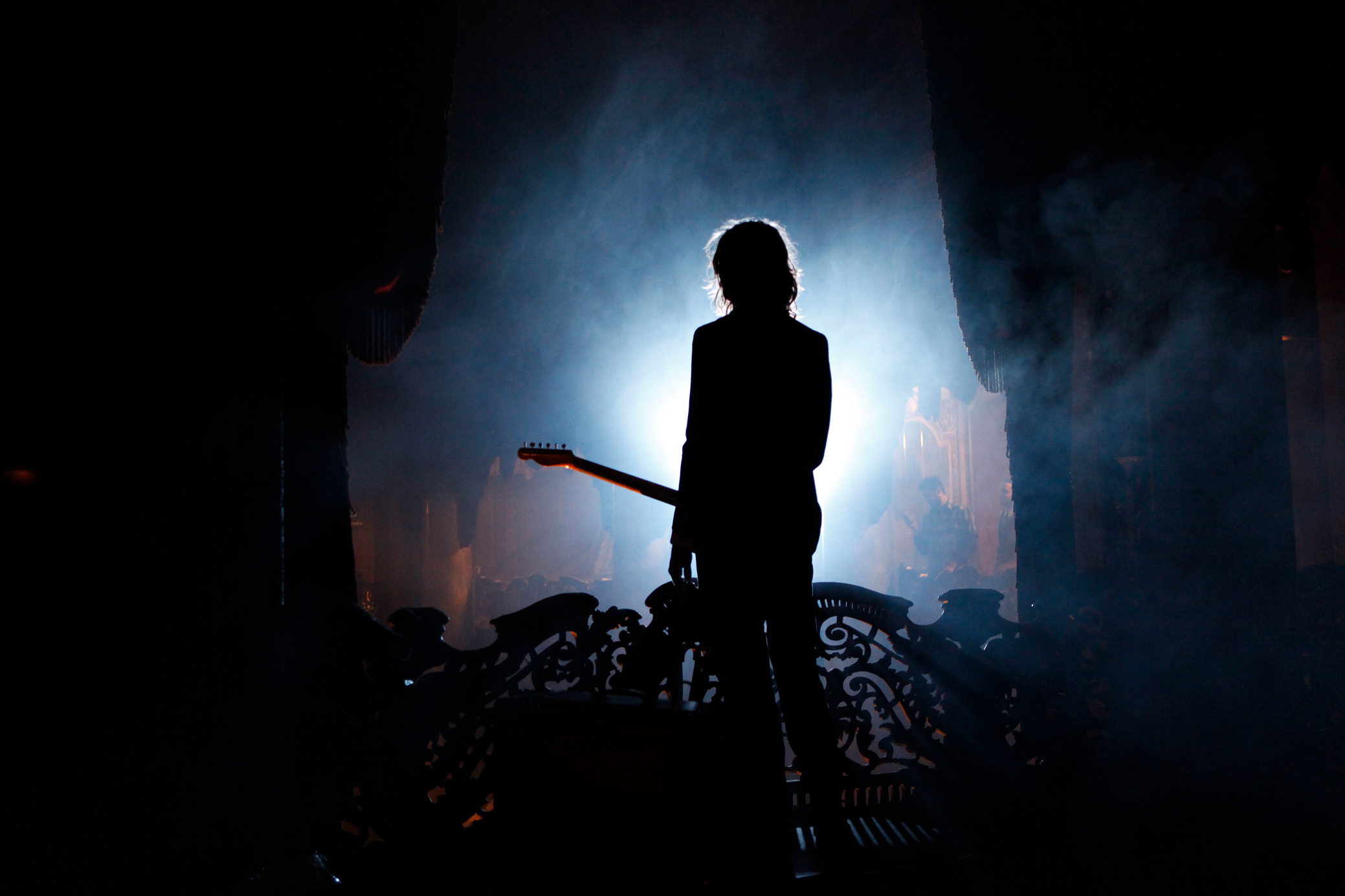 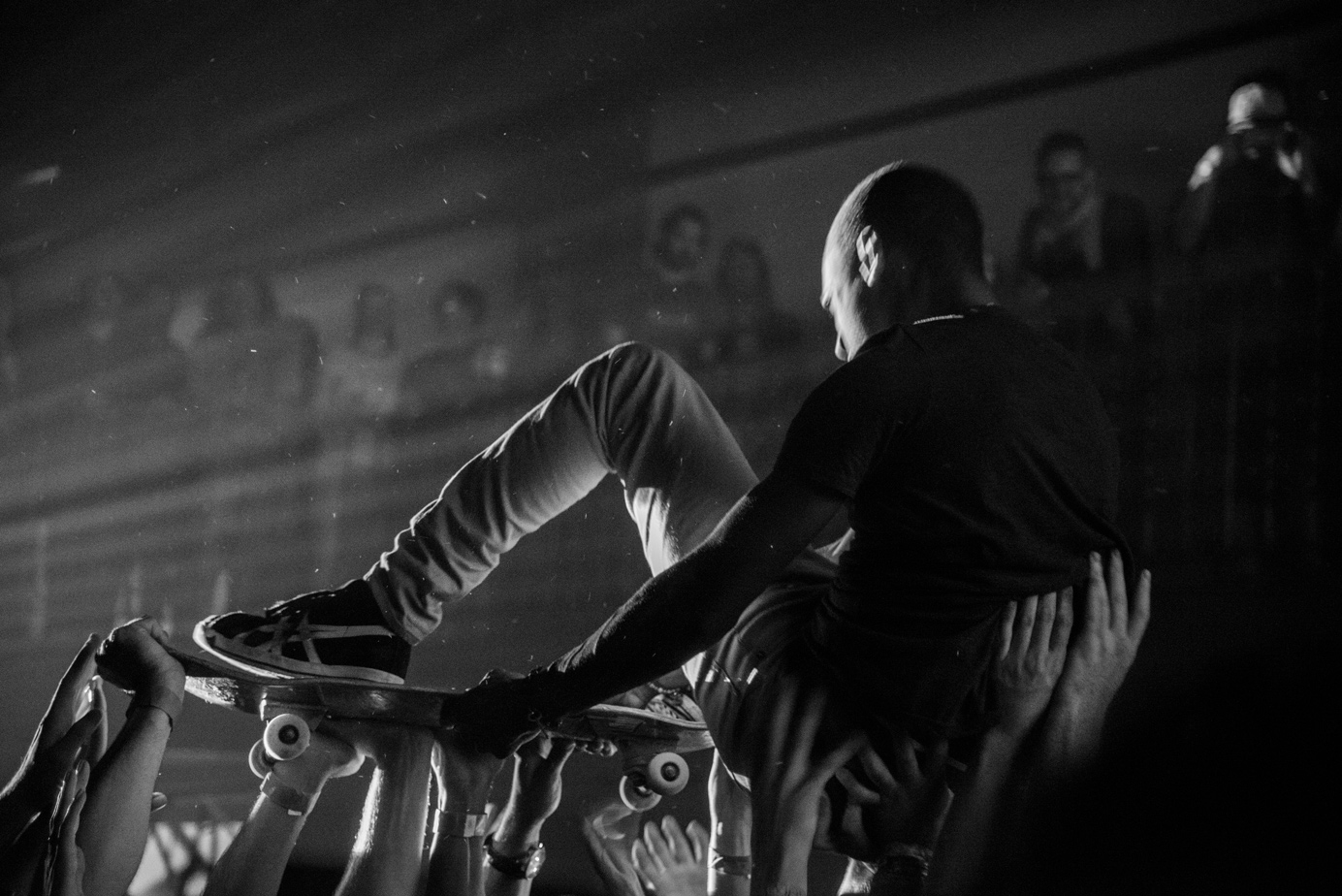 A fan attempts to skate over the crowd during a set by King Gizzard & The Lizard Wizard at the Bowery Ballroom in New York.

By that point it felt like no matter what I did, something would always bring me back to photography.

I’m now the deputy photo editor at Rolling Stone and while I do shoot for the magazine, I spend a lot of my personal time capturing live music – particularly bands just coming up, playing their first shows in DIY clubs.

That’s so much more enticing to me than a group that’s been together for 15 years, surrounded by tons of roadies and publicists, playing somewhere where everything looks the same. 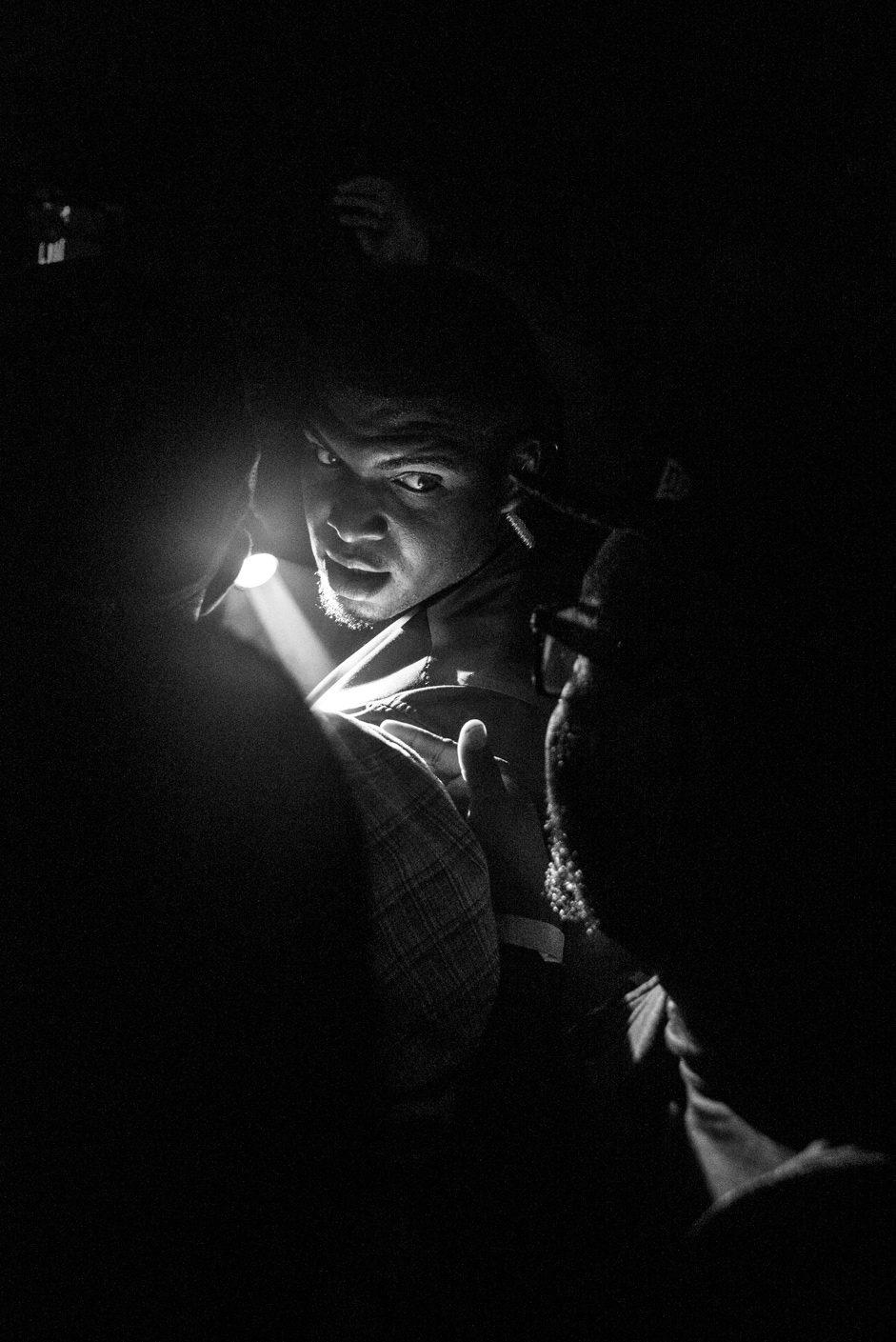 A security guard at a concert by the rapper Future.

To really understand the reason people make music is to see artists show up with all the gear on their back, set everything up themselves and just kill it.

There’s a long tradition connecting performers and photographers and I’ve found that, even if there’s no familiarity between the two, just producing something good creates a relationship.

On a trip to London in 2008, I noticed that Foals were playing. I’d just started at Rolling Stone and they were being covered as a band to watch so, as long as I didn’t get in the way, they granted me full access. 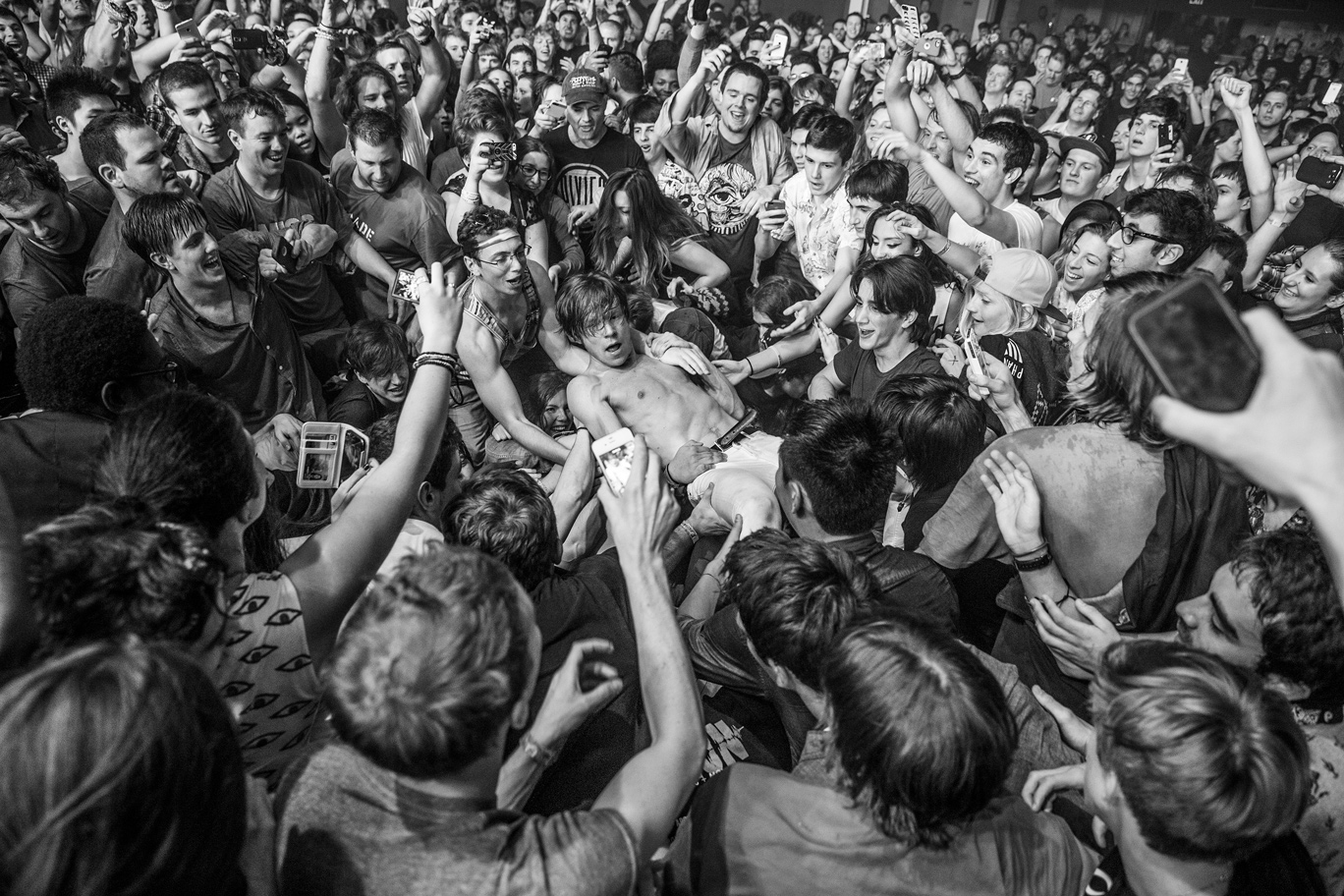 Matt Shultz of Cage the Elephant amid a crowd at New York’s Terminal 5.

Talk about eureka moments: that invitation to intimately observe the night sparked a lasting connection. The last time Foals came to New York, I shared those old photos with them and they were stunned at how young they were.

I’ve never been happy just shooting the first three songs at a concert, stuck in a pit with 20 other photographers all trying to get the same thing.

Traditional live shots can feel dated quickly. The challenge is to find a unique moment that will endure. 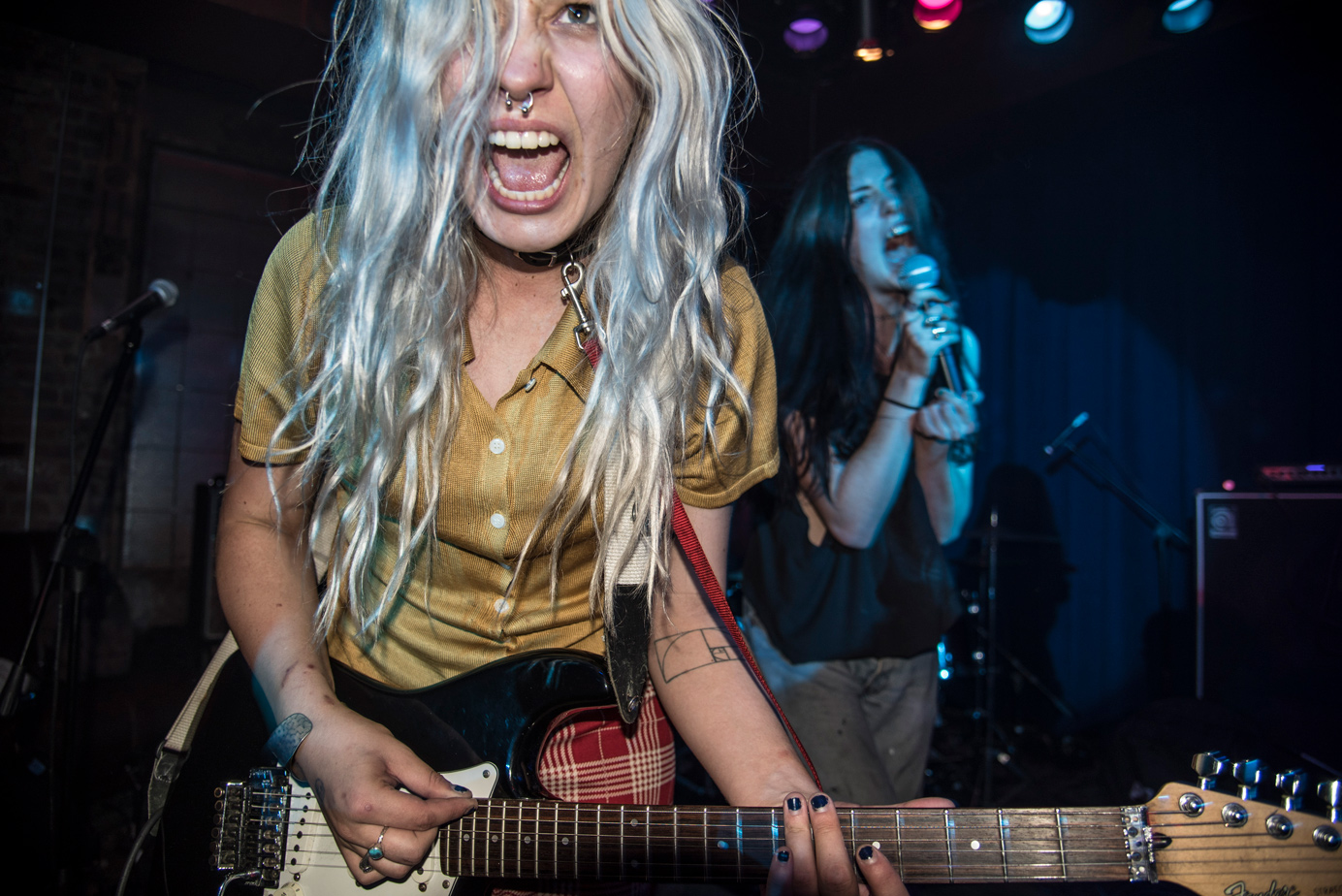 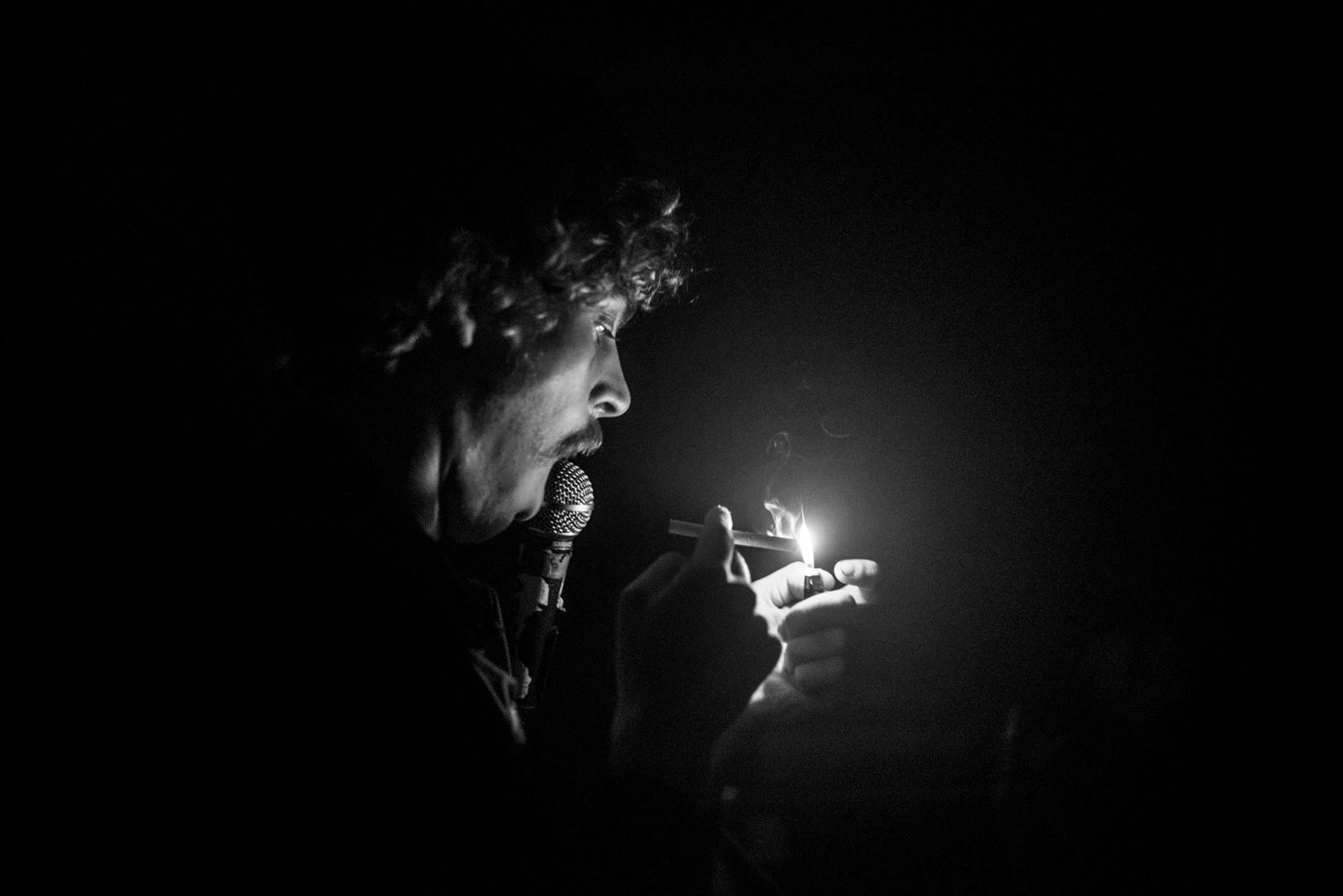 Saul Adamczewski lights a cigarette while performing with members of Paranoid London, Warmduscher and Fat White Family at the Good Room in Brooklyn on Septempber 30, 2015. The largely improvised set was only announced the day before.

Rather than give an overall representation of the concert, the best music photographers will capture one sliver of stillness amid the madness – little details away from the stage, among the crowd.

I’m just as interested in seeing the opening act if they’re unknown to me. They’ll often play separate shows elsewhere in the city, leading me to other bands and other venues.

Letting those connections grow makes me excited to shoot as much as I can. Sometimes you never know what’s going to happen. 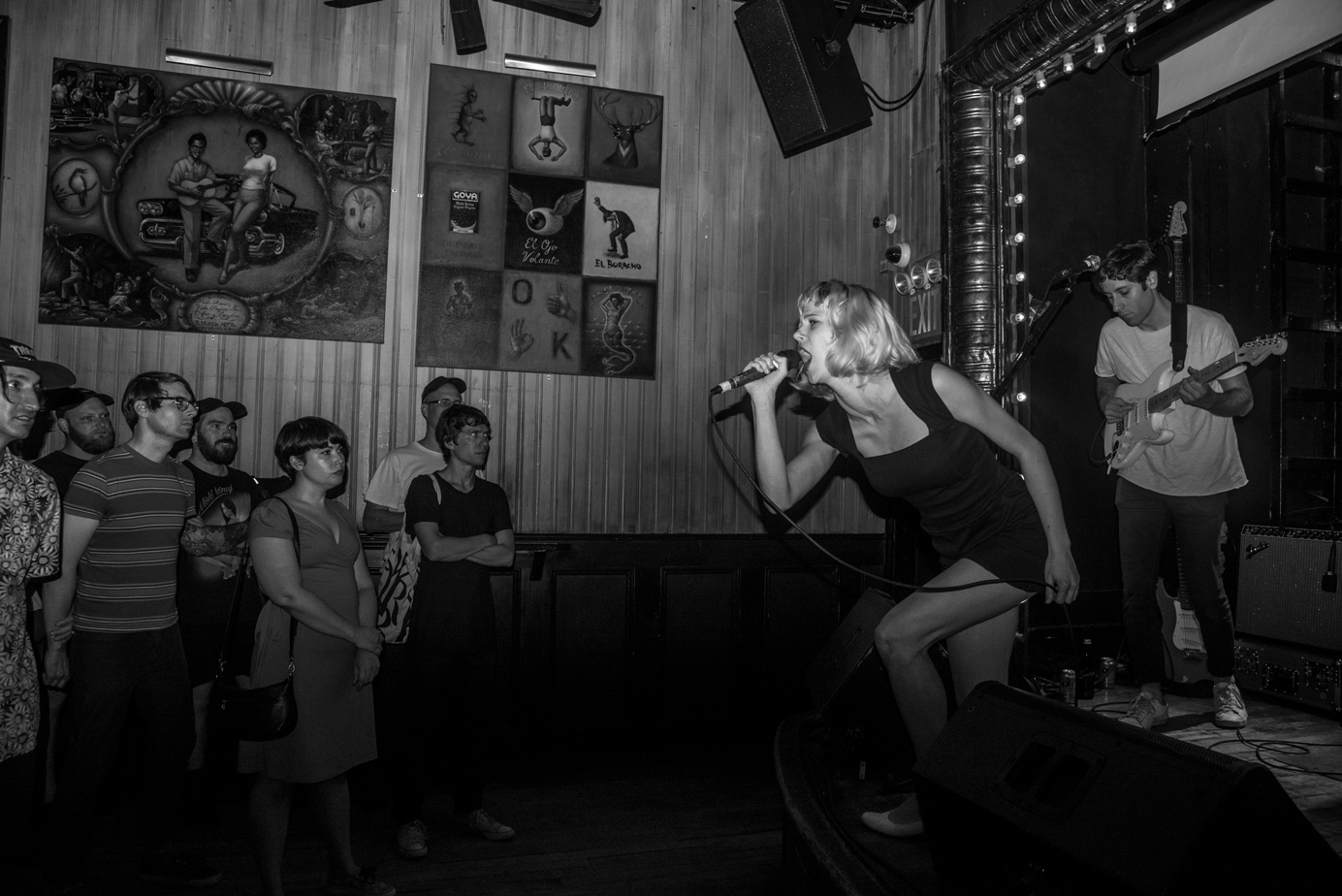 Samantha York from Wall, performing at Union Pool in Brooklyn.

I’ve been at afternoon shows with less than 10 people and it can be one of the best things I’ve ever seen.

Over the last few years, the closure of music venues in New York – hole-in-the-wall spots that became valuable real estate – has been heralded as ‘the death of DIY’.

Even Patti Smith says that the city isn’t good for artists anymore. That may be true, but there are still musicians doing interesting things every night. 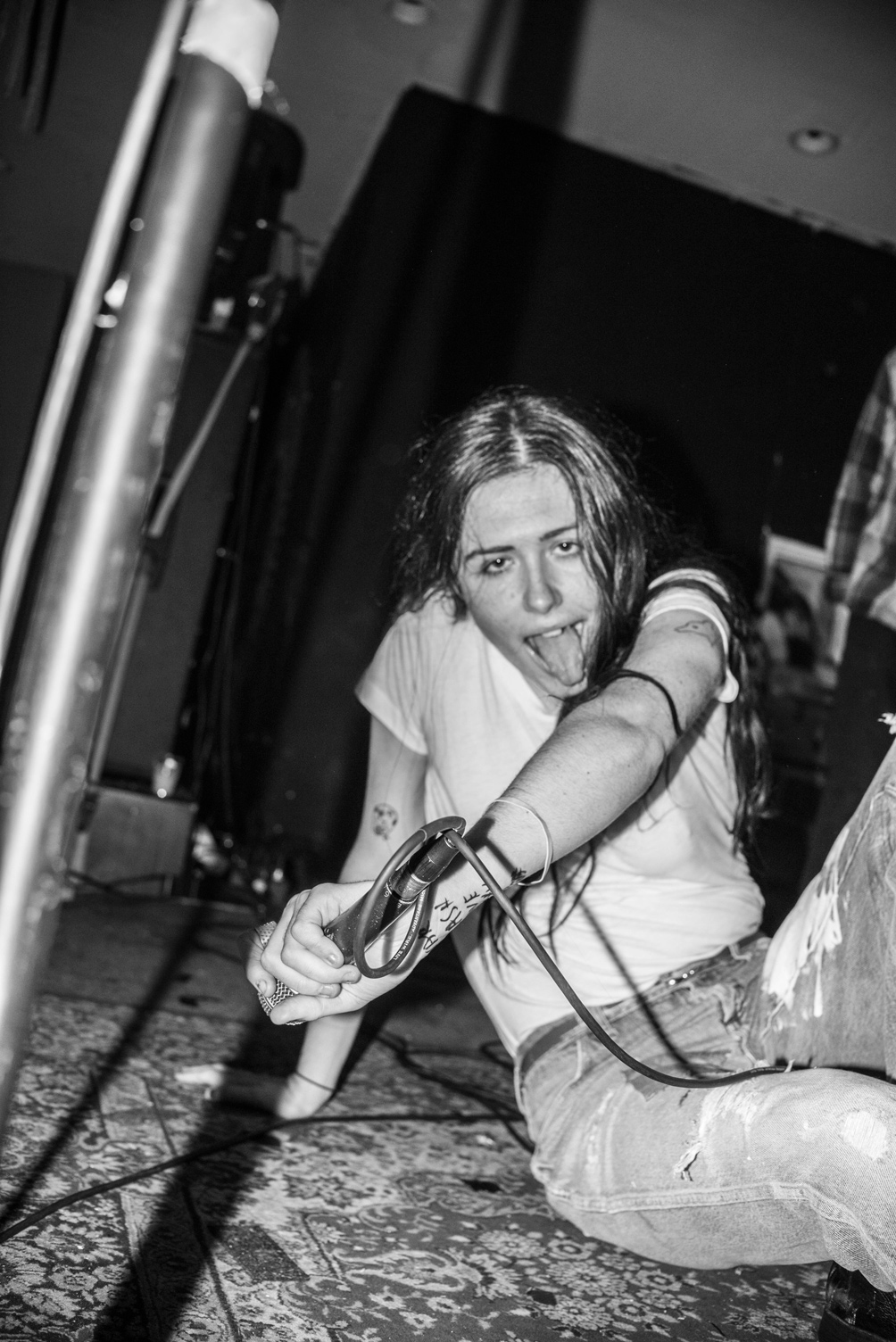 Danielle Miller of Surfbort moments after finishing a set at Shea Stadium in Brooklyn. 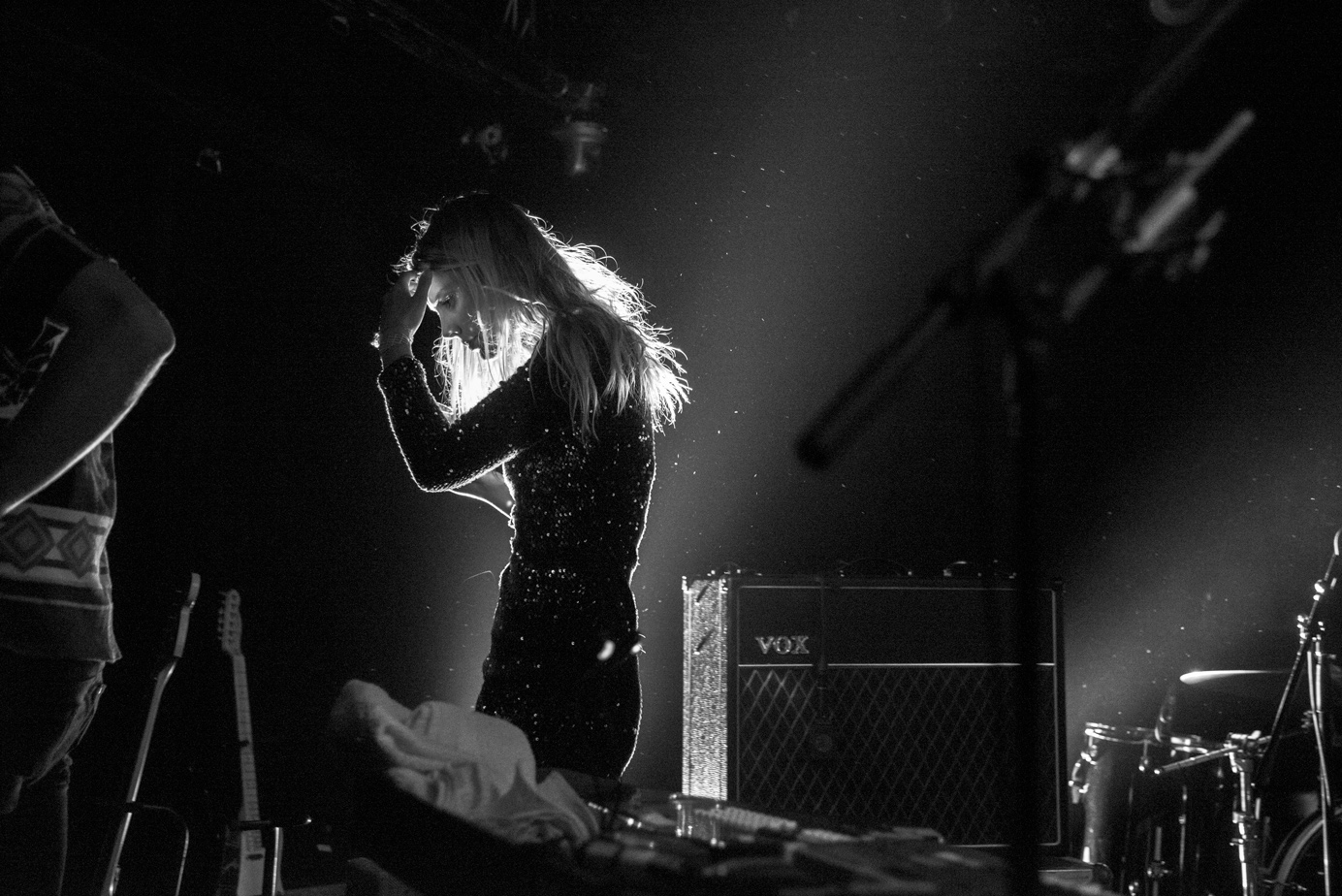 For all the closures, new venues keep popping up – just further out. And if those places end up closing next year, there will be somewhere else to go.

Music as a voice for creativity will always continue. Maybe Jack Kerouac said it best: ‘The only truth is music.’

Bands form, shine and disband. Others will follow, if only because they can, to speak their own truths. 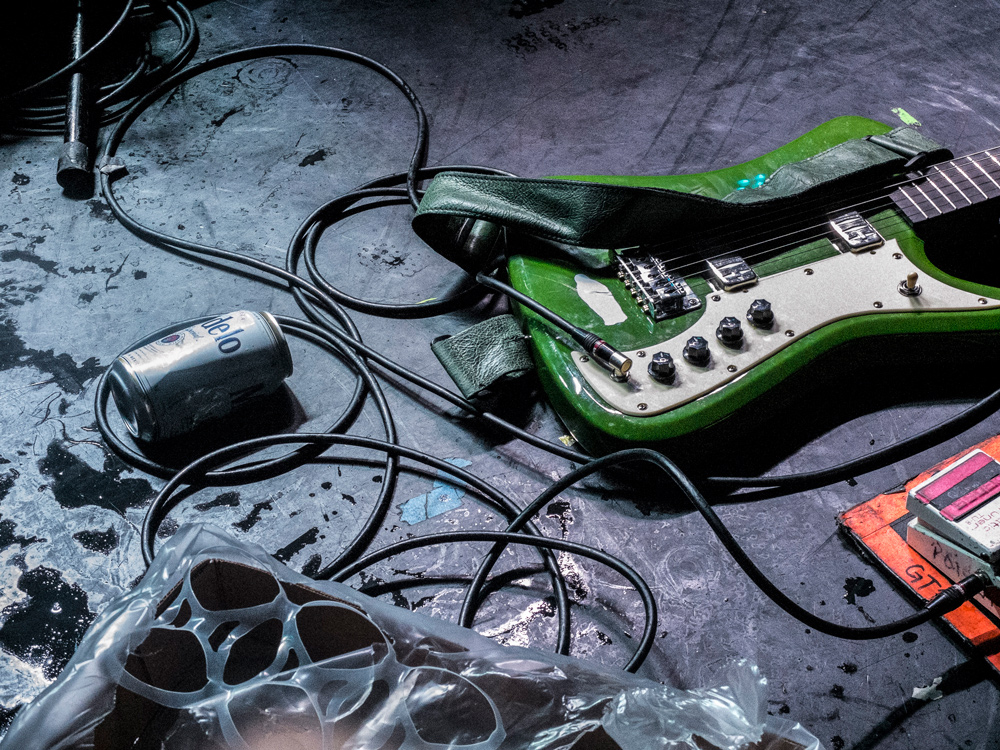 Linkedin
RELATED ARTICLES
OTHER ARTICLES
Photographer Matthew Brookes recalls following a group of young people in Venice Beach living in search of the perfect wave.
Curator Antoine de Beaupré discusses his immense record collection and what it tells us about the intersection of music, photography, art, and commerce.
With inflation now at a 40-year-high of 9 per cent, demonstrations organised by TUC took place to demand action from the government.
A new edition of a seminal book brings together iconic images of the band onstage in their full glory and backstage in moments of unguarded camaraderie.
The last few years have seen an increase in LGBTQ-led initiatives to feed the hungry, with many finding ways to stay afloat despite the challenges.
Yesterday queer activist group Lesbians and Gays support the Migrants staged a die-in at the Pride in London parade to protest the inclusion of police in the march reports Huck politics editor Ben Smoke.