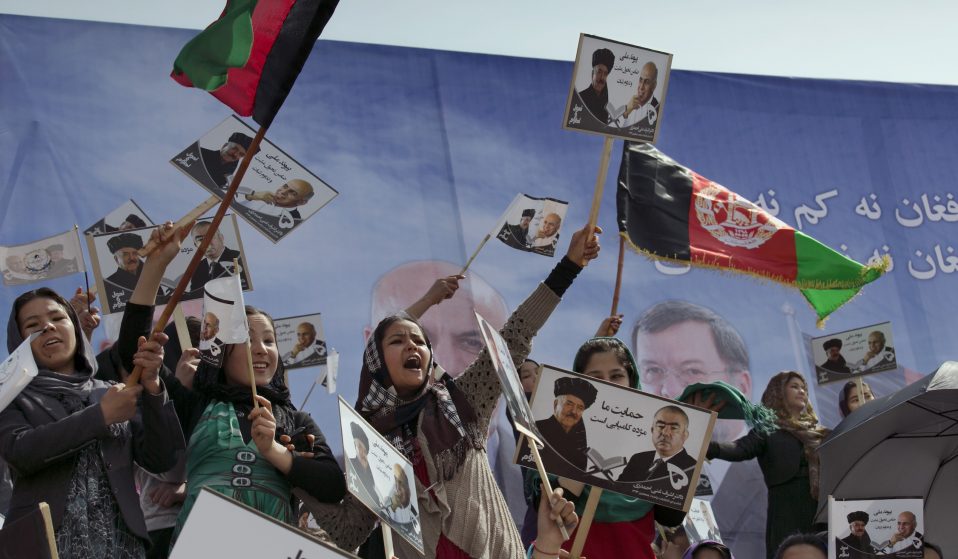 A new exhibition highlights the vital power of photojournalism in documenting the ongoing crisis in Afghanistan.

Today marks 20 years since the US invaded Afghanistan. A new exhibition highlights the vital power of photojournalism in documenting the country’s ongoing crisis caused by the war.

October 7 2021 marks the 20th anniversary of the United States invasion of Afghanistan. What began as “Operation Enduring Freedom”, an air strike against Al Qaeda and Taliban targets, has resulted in anything but.

The US completed the withdrawal of its armed forces from Afghanistan on 30 August 2021, bringing to end the nation’s longest war of foreign land. Despite costing $2.313 trillion and 243,000 lives, the war proved yet another abject failure on the part of global empire – like Britain and the Soviet Union before it. 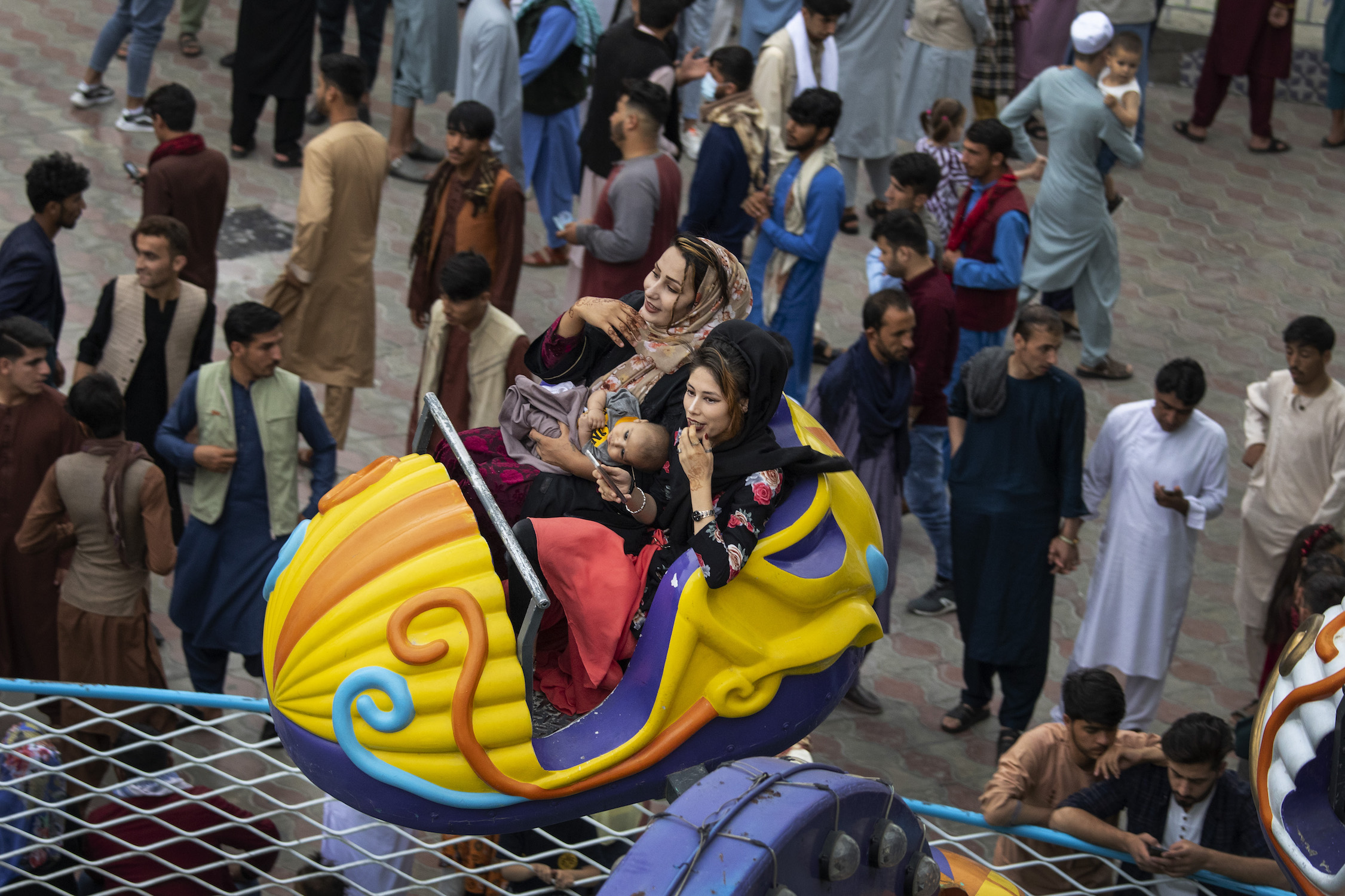 As the Taliban claimed victories across Afghanistan, the United States fled, leaving in its wake horrific scenes reminiscent of its departure from Vietnam. “The parallels between Vietnam and Afghanistan are uncanny,” says American photographer Michael Kamber, founder of the Bronx Documentary Center.

URGENCY! Afghanistan explores the impact of war on a nation struggling to rebuild after it drove the Soviet Union out in 1989 after a ten-year war. In 1996, the Taliban came to power but very little of the country was rebuilt in the give years before the US invasion. 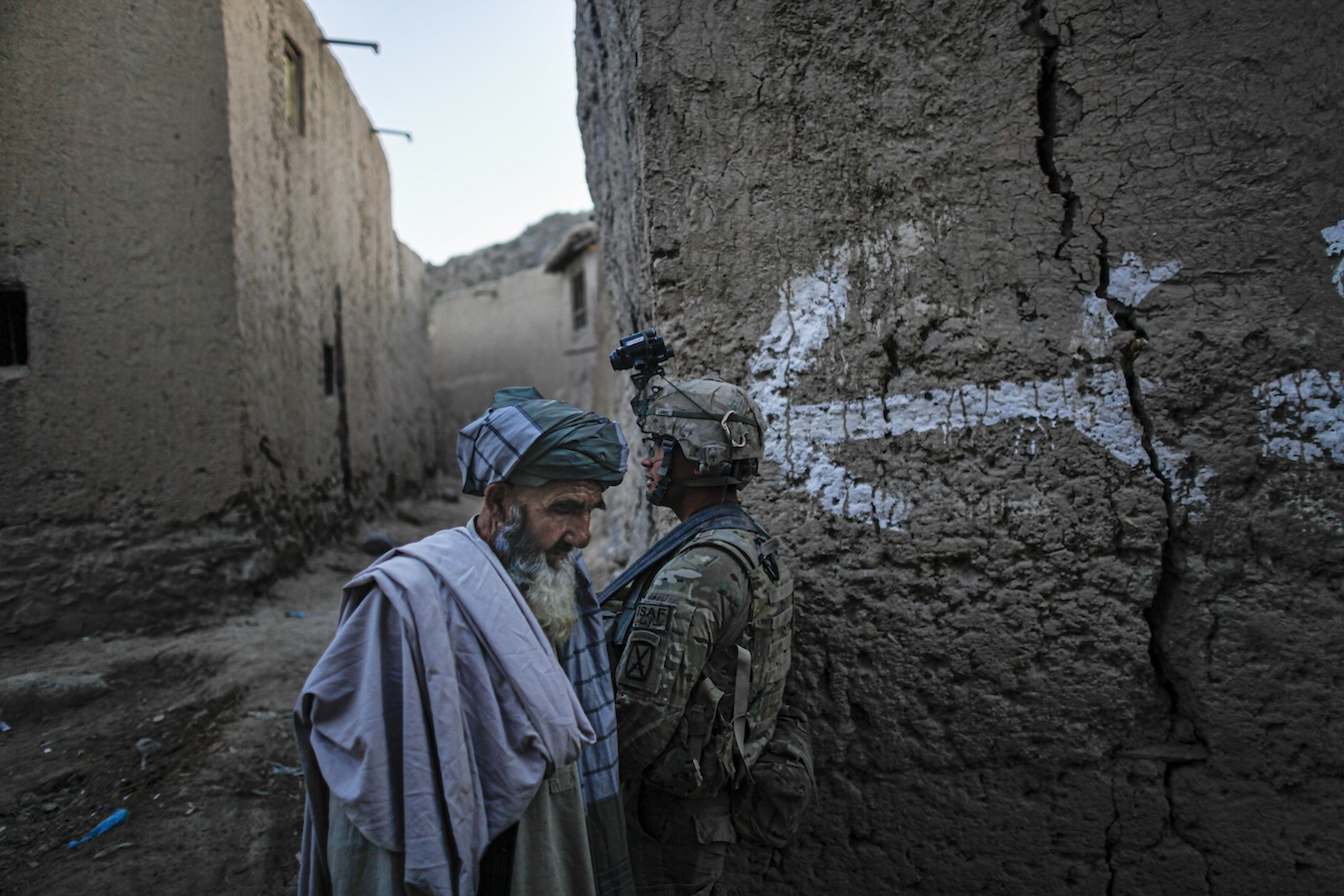 US Army operations in Logar Province, village of Charkh

“The country was destroyed,” says Kamber, who was stationed in Afghanistan in 2011. “I’ve never seen anything like it. There were fields of rubble as far as you could see. There were no roads, no electricity, no plumbing. It’s a big country. Afghanistan is the size of France, and people lean-tos, in mud huts, or under a piece of plywood. People are living a subsistence level of survival. It’s such a hard life.”

Despite these conditions, Afghanistan did not fold. “It was extremely difficult for the US to come in and try to unify Afghanistan under a democracy. The Pashtun leaders weren’t particularly interested in democracy, modernisation, building girls’ schools, or a lot of things the US was pushing. I saw the same thing in Iraq,” Kamber says. 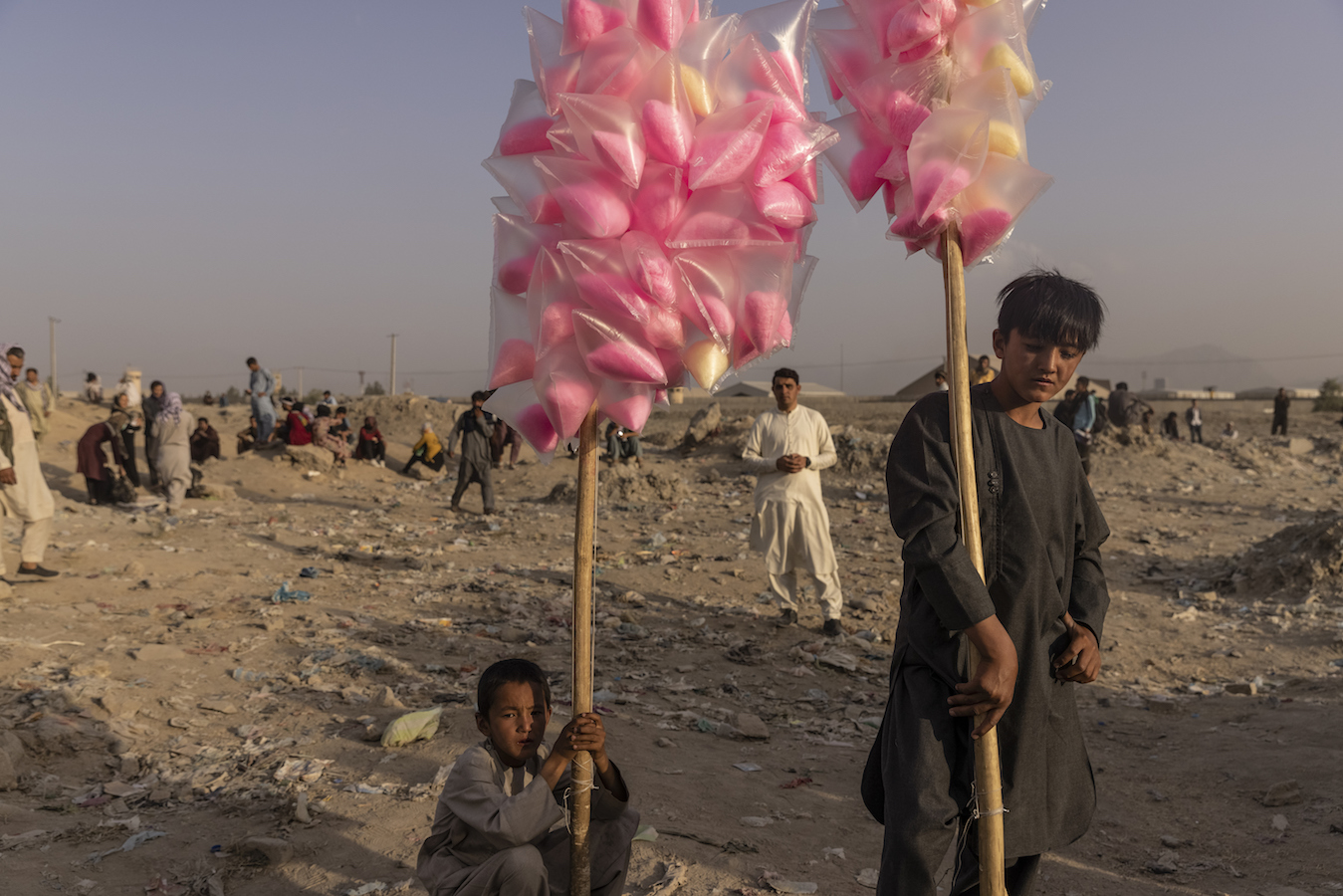 “It takes trillions of dollars and several generations to revitalise a country of that size – and the American public lost interest almost immediately. People didn’t want to do decades of nation building in a country that they don’t understand and don’t feel they have any investment in.”

While stationed in Afghanistan, Kamber and Hetherington discussed the need for free journalism and photography education – and from these conversations, the Bronx Documentary Center was born. 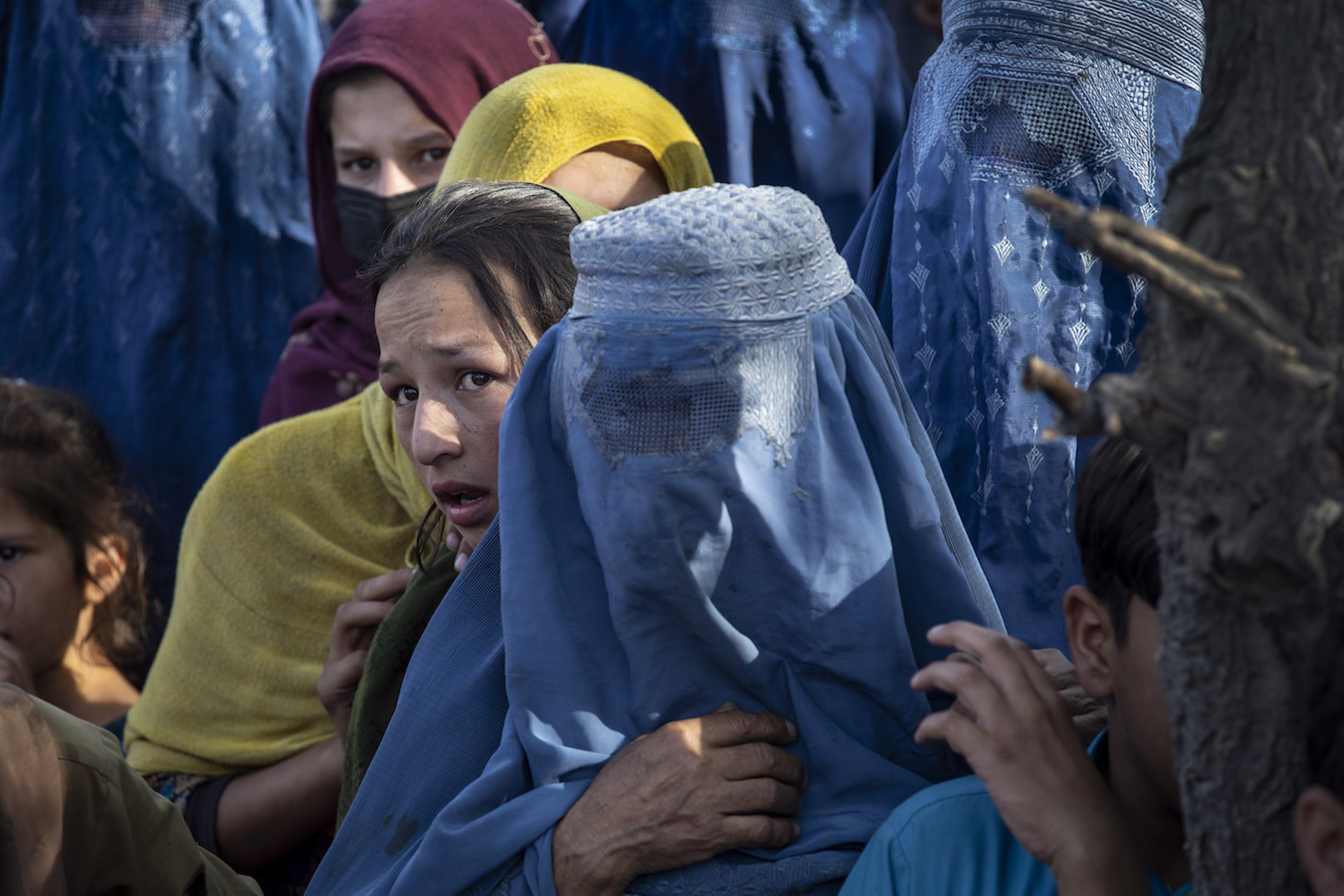 “Some of these photographs are quite subtle, quiet moments. There’s a picture of a squad of American soldiers taken from above, and you seem them walking into this enormous desert that goes on for miles and miles. You just realised the futility of a dozen guys trying to patrol hundreds of square miles,” says Kamber.

“It’s something you can’t get from a written piece or even video. You have to sit with these images to really let them soak in. That’s the power of photography.” 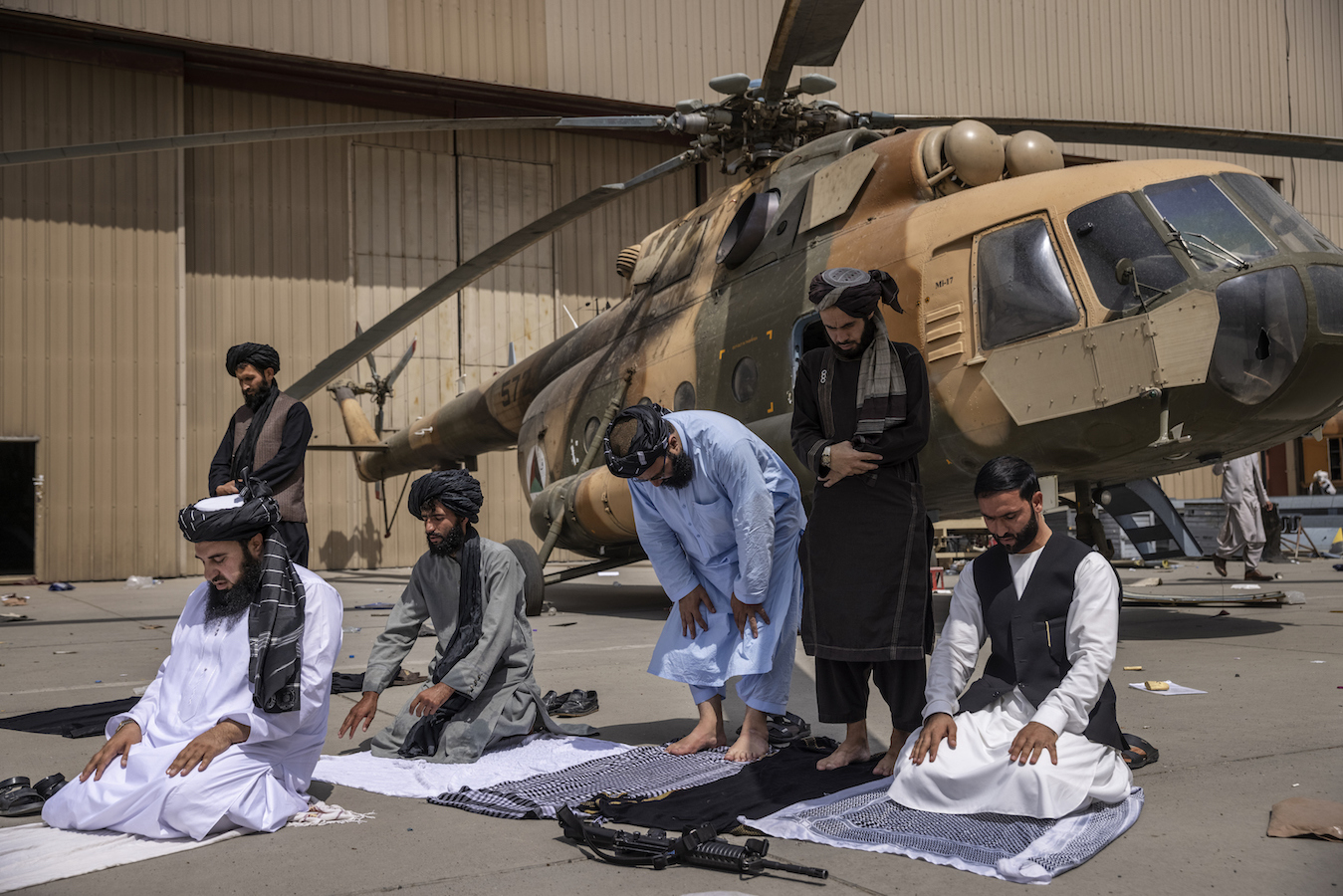 Talibs say their afternoon prayers before an MI17 helicopter damaged by departing US forces at the HKIA airport in Kabul, 31 August 2021 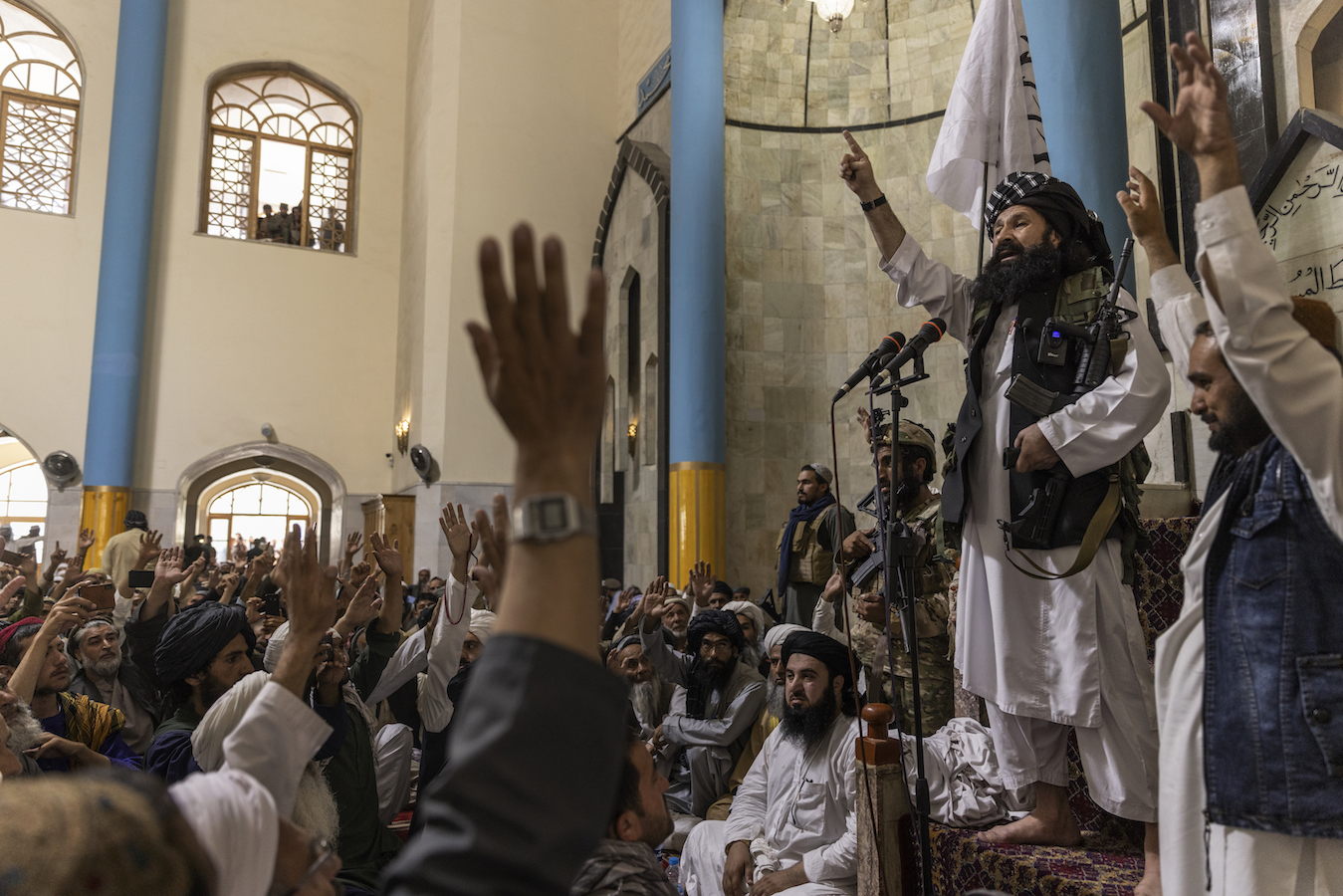 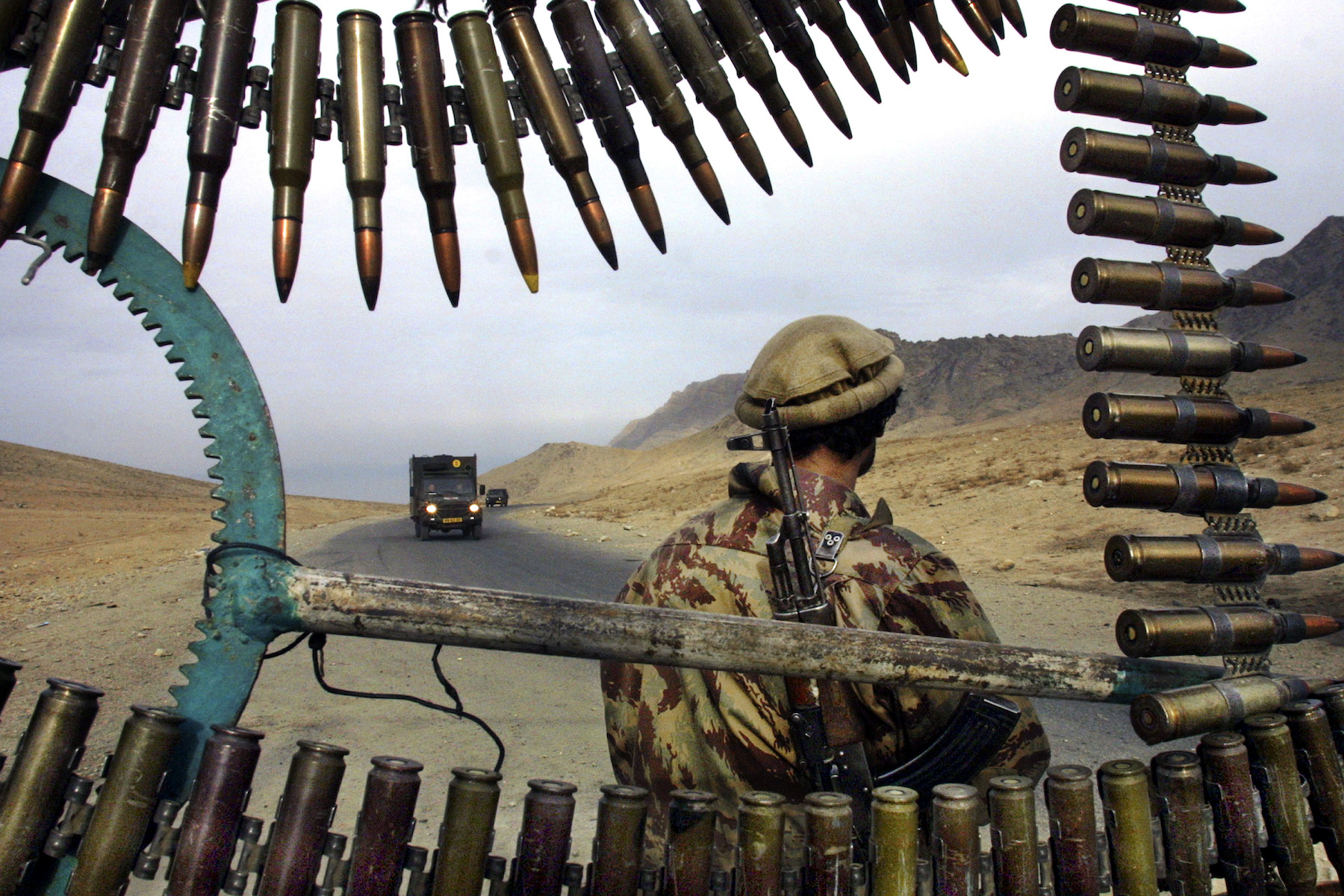 URGENCY! Afghanistan is on view at the Bronx Documentary Center through November 14, 2021.

Linkedin
RELATED ARTICLES
OTHER ARTICLES
After blocking the Scottish government’s gender recognition reform bill, Westminster is now devising further changes to the law to make it harder for trans people to self-identify.
Zsófia Sivák’s ongoing project documents the country’s tavern culture, preserving a once defining part of rural life.
Mass crustacean die-offs in the North East have led a community of fishermen to take action to save their seas.
A new law change is enabling Britain’s donor-conceived children to know the truth about their origins – but campaigners say the fertility industry must do more to protect people.
Activists and campaigners are fighting back against new laws that would seriously undermine the ability to take industrial action, calling it an attack on fundamental workers' rights.
After a two-year hiatus and a new album, the Nigerian artist is riding high. Now, he wants to bring his alternative, genre-bending sound to the world.