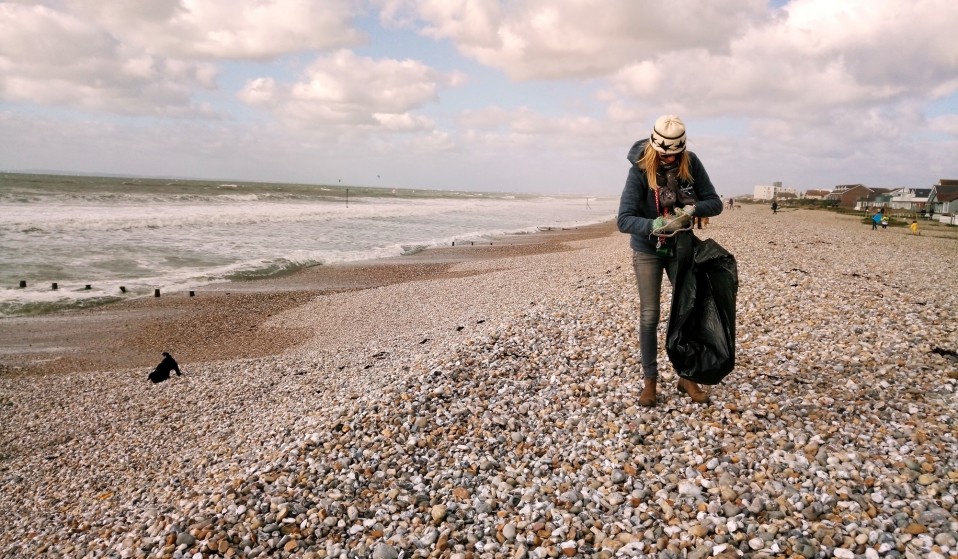 As Parliament debate a tax on single-use plastic, the conversation around plastic pollution is going mainstream. But what exactly are we grappling with? Photographer Liz Seabrook heads to a beach-clean organised by Surfers Against Sewage to get her hands and head around the issue.

I had an epiphany earlier this year while on assignment in the Italian Alps. It was January and the writer and I had pitched a story that involved snowshoeing, ice climbing and digging snow holes to sleep in. Only, there was no snow. Not even when we hiked to 2,200m. Keeping me warm was a synthetic jacket, synthetic trousers and Gore-tex synthetic boots. The bag I carried on my back was basically made out of plastic.

I was struck by the absurdity of it all; the production of the fabrics we were swaddled in is so detrimental to the planet and landscapes we love exploring, yet until that moment I’d never considered the irony. 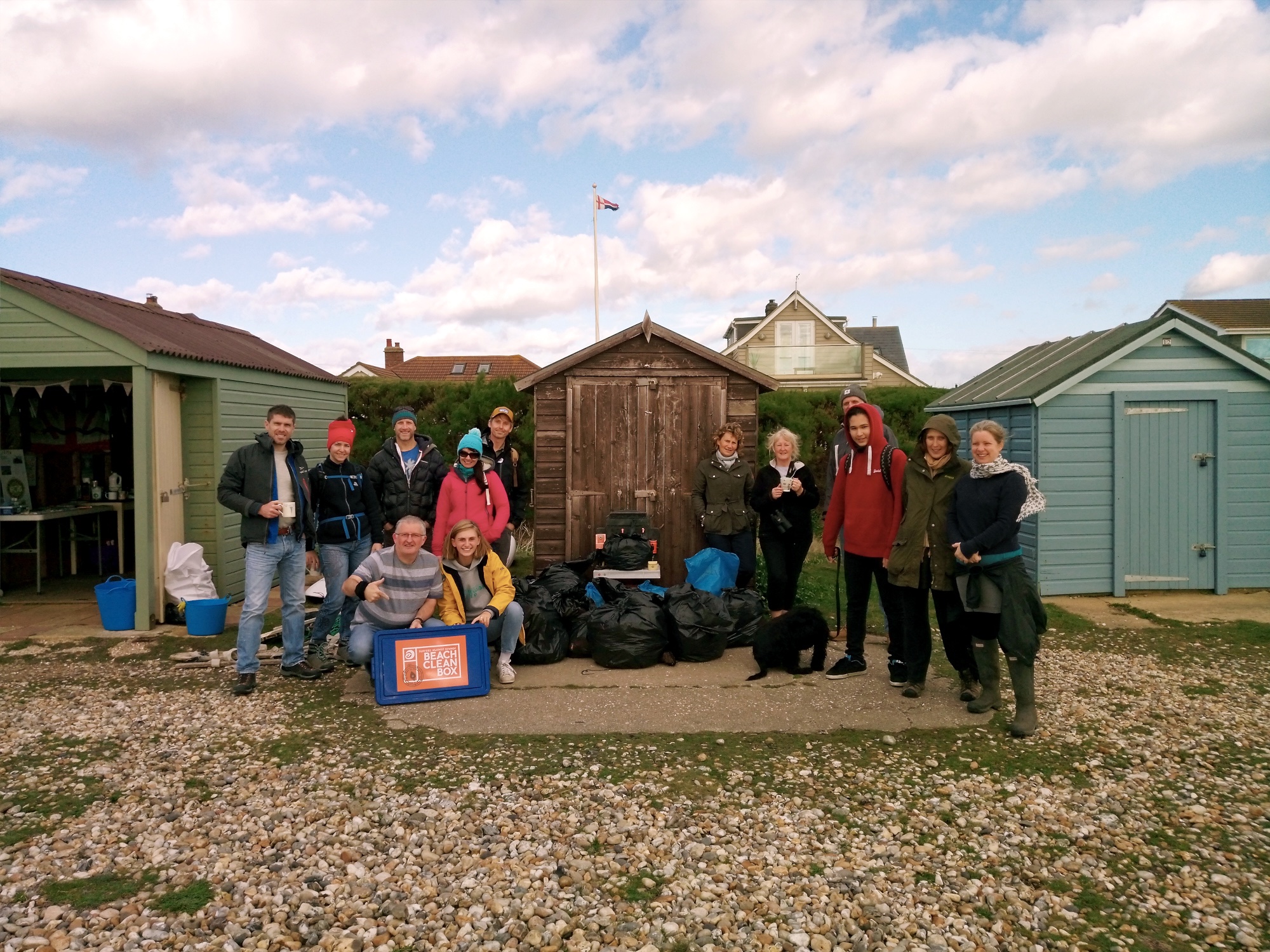 But because the contents of my wardrobe can’t be changed overnight, I turned my attention to reducing as much single-use plastic as possible. This year, steps been have made towards increasing awareness around plastic pollution and reducing its effects. In July, the British government moved towards banning plastic microbeads from rinse-off products. In August, Tesco announced that it would be phasing out its ‘single-use’ 5p plastic bags in favour of its ‘bags for life’ which are made of 94% recycled plastic. In September, France announced that plastic cups, plates and cutlery would be banned in favour of biodegradable alternatives in 2020 and, closer to home, Wetherspoons declared a ban on plastic straws. And now chancellor Philip Hammond is considering a 30p tax on single-use plastics, bringing the debate to Parliament and beyond. 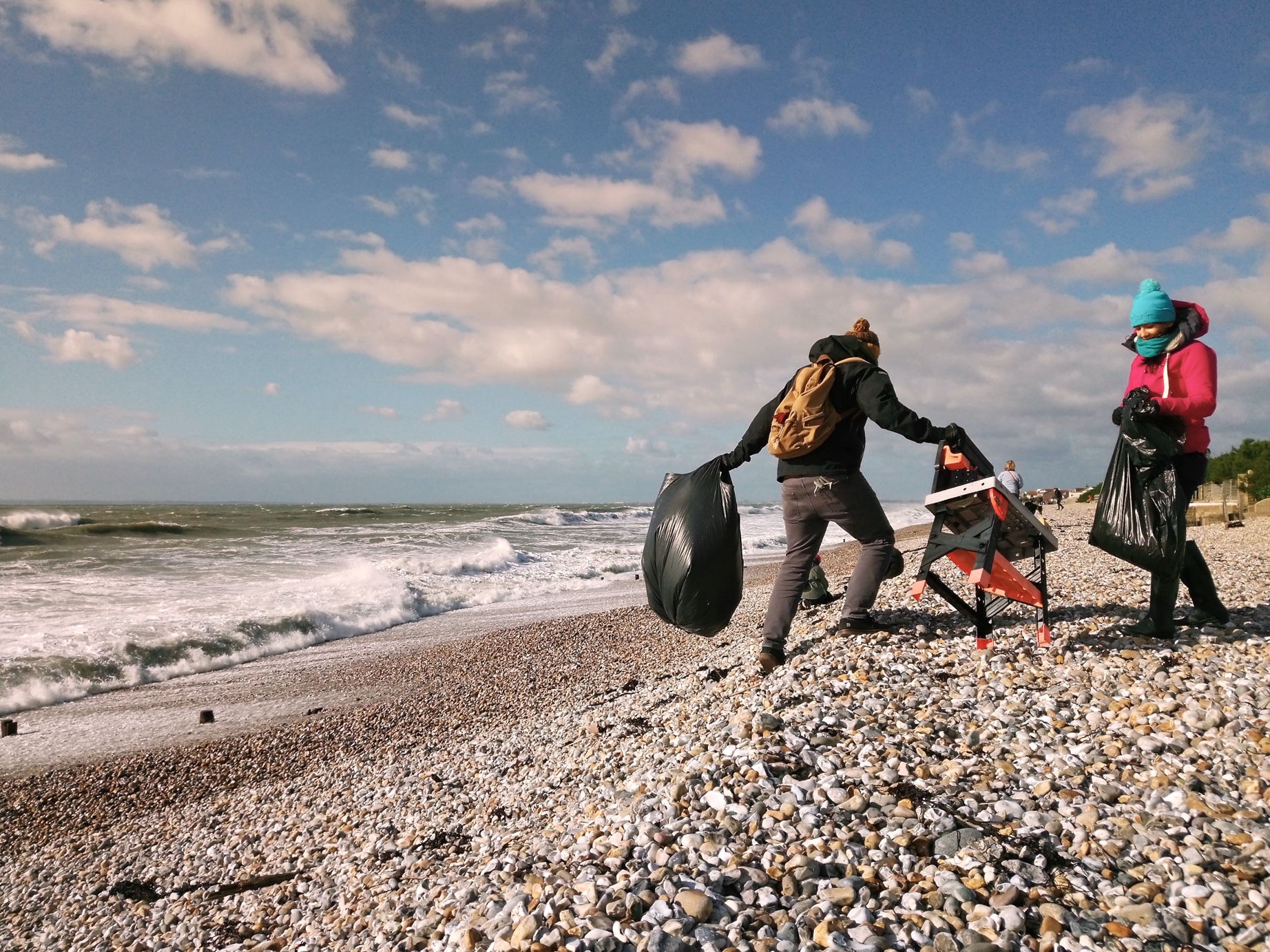 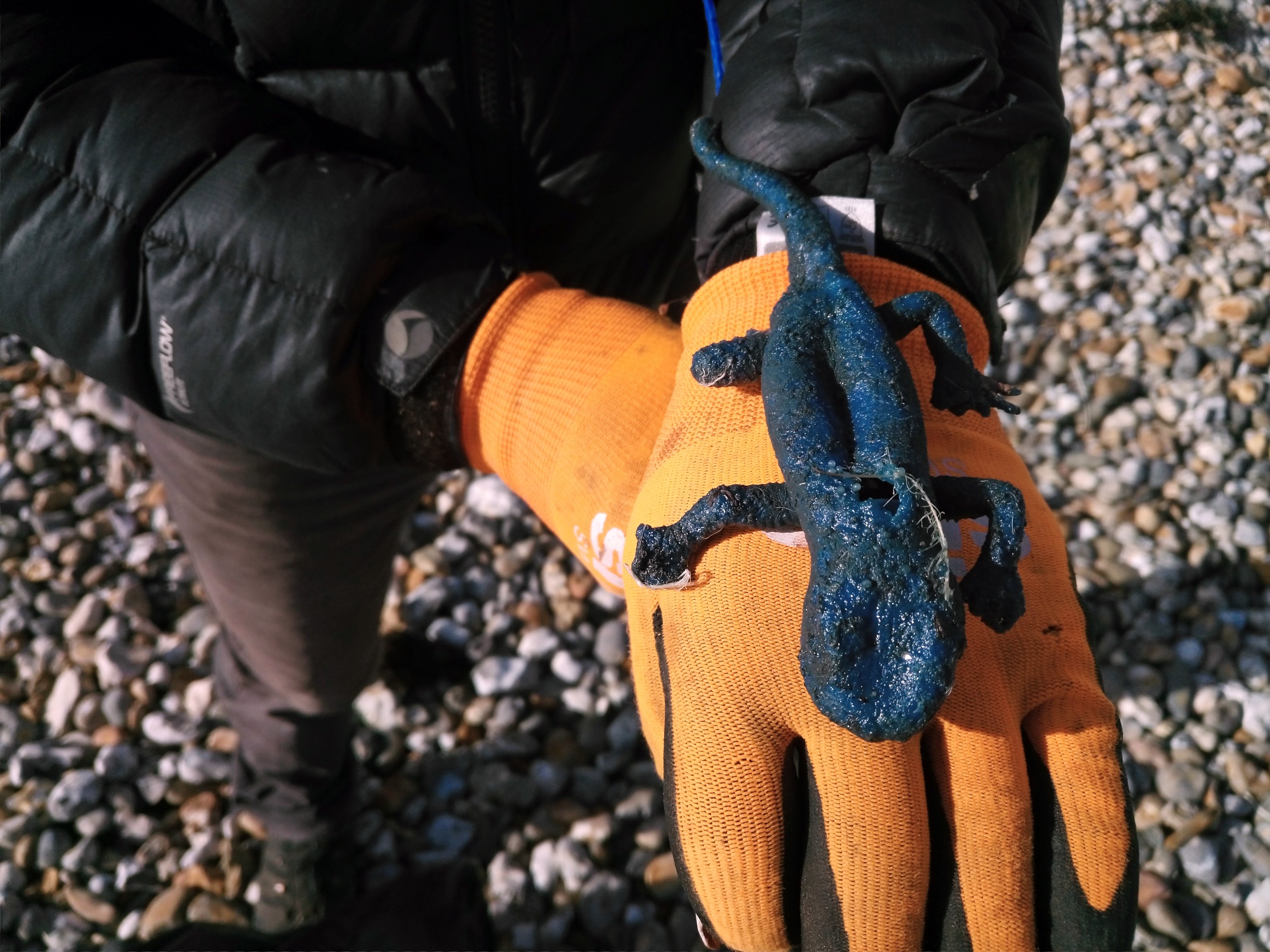 But while these things are good — and necessary — there’s already a huge amount of plastic in our oceans. It’s estimated that, at our current rate of consumption, by 2050 there will be more plastic than fish in our oceans by weight. We are already consuming traces of plastic consistently in the fish and sea salt we eat and the water we drink. According to Surfers Against Sewage (SAS), recent studies have revealed marine plastic pollution in 100 per cent of marine turtles, 59 per cent of whales, 36 per cent of seals and 40 per cent of seabird species examined. One particular whale, found dying on the shore in Norway, was found to have 30 plastic bags inside it. 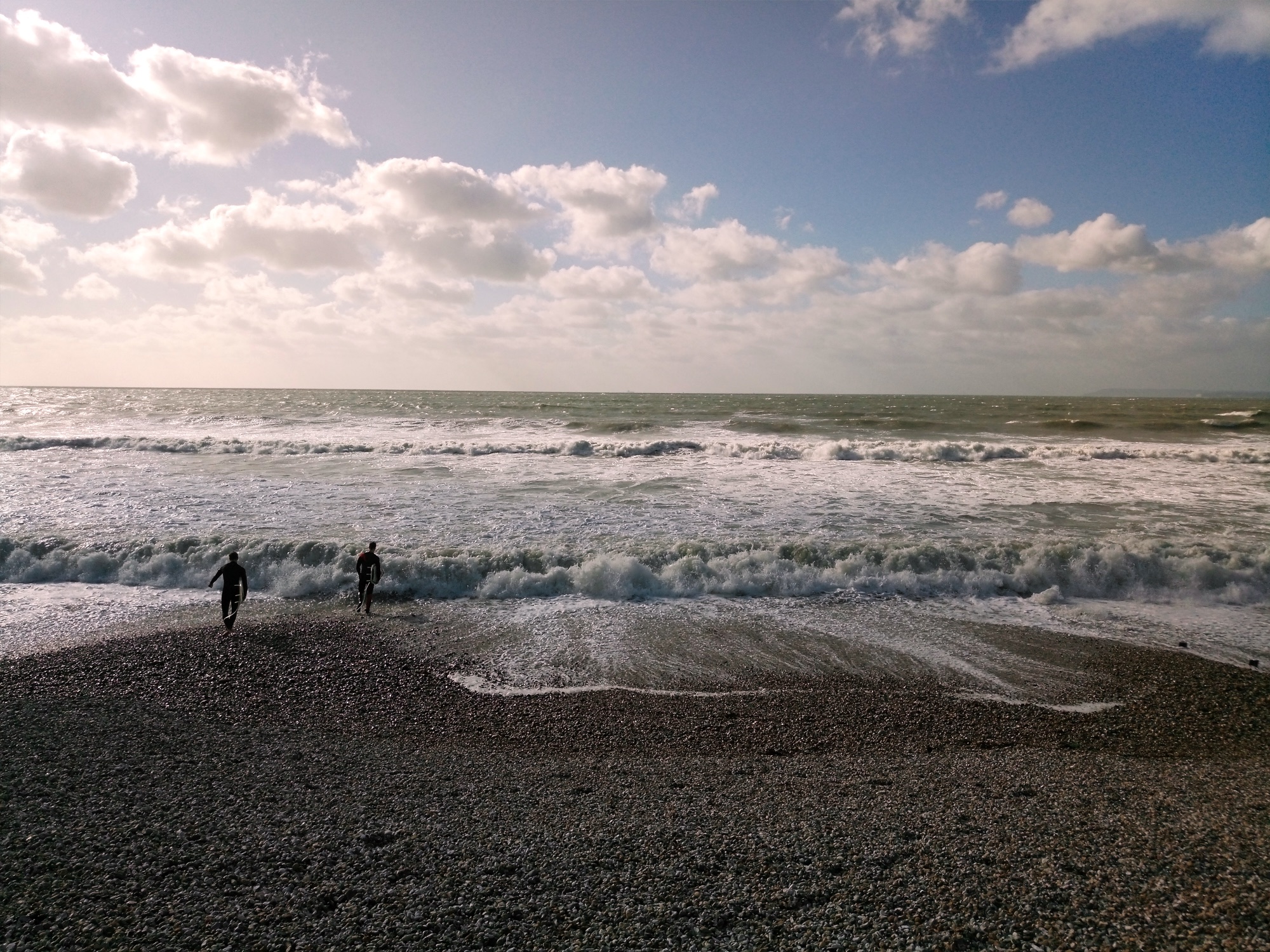 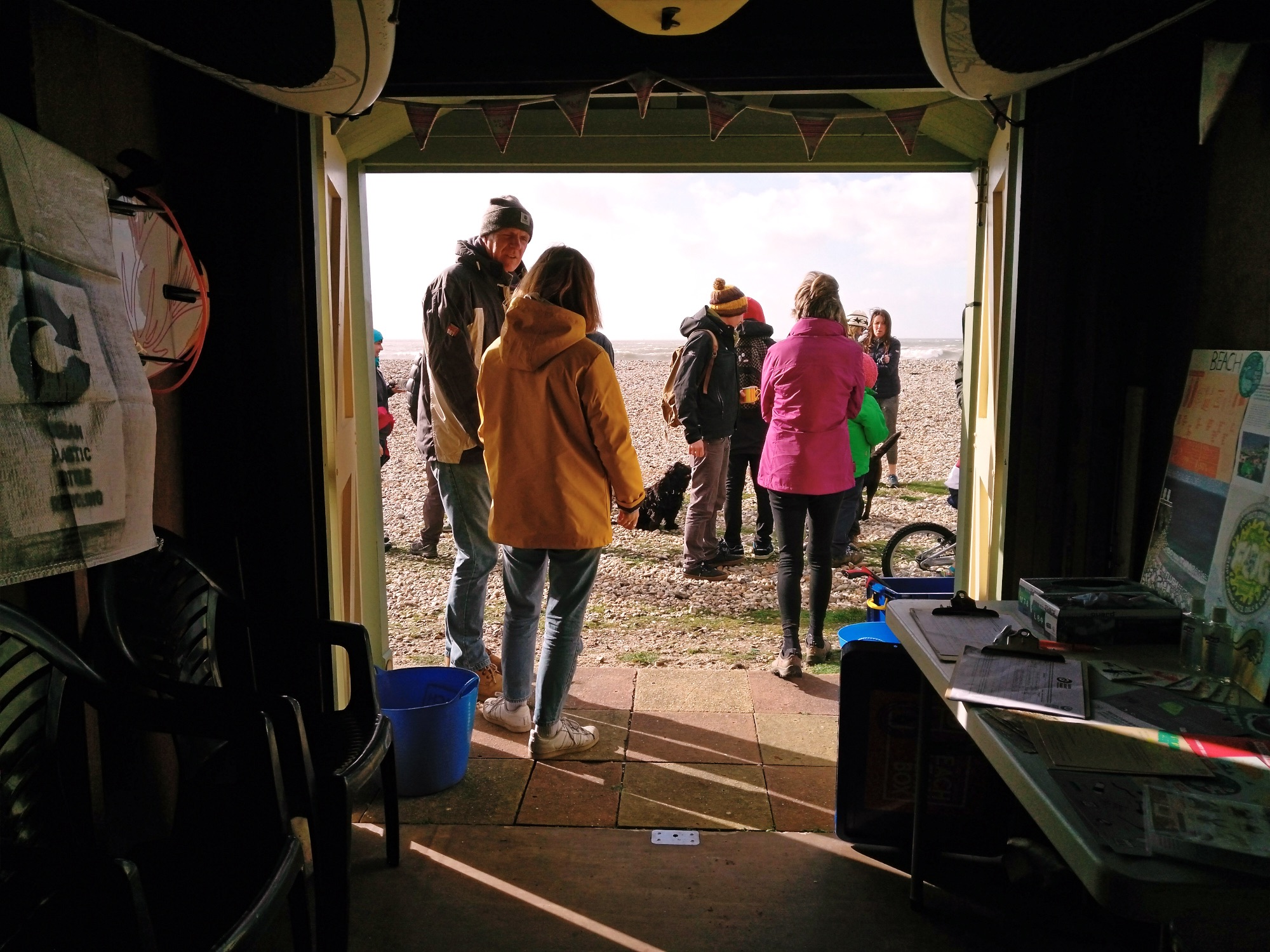 Since founding in 1990, grassroots organisation Surfers Against Sewage has become one of the largest and most active environmental charities. Born out of a collective disgust at the raw sewage encountered in Britain’s seas whilst surfing, the group’s early campaigns sought to tackle this issue with great success. Today, 98.5 per cent of British beaches pass the Bathing Water Directive’s minimum standards compared to 27 per cent in 1990. Over time, the challenges to keep the British coastline clean and safe have changed, and now, plastic is very much at the top of the agenda. 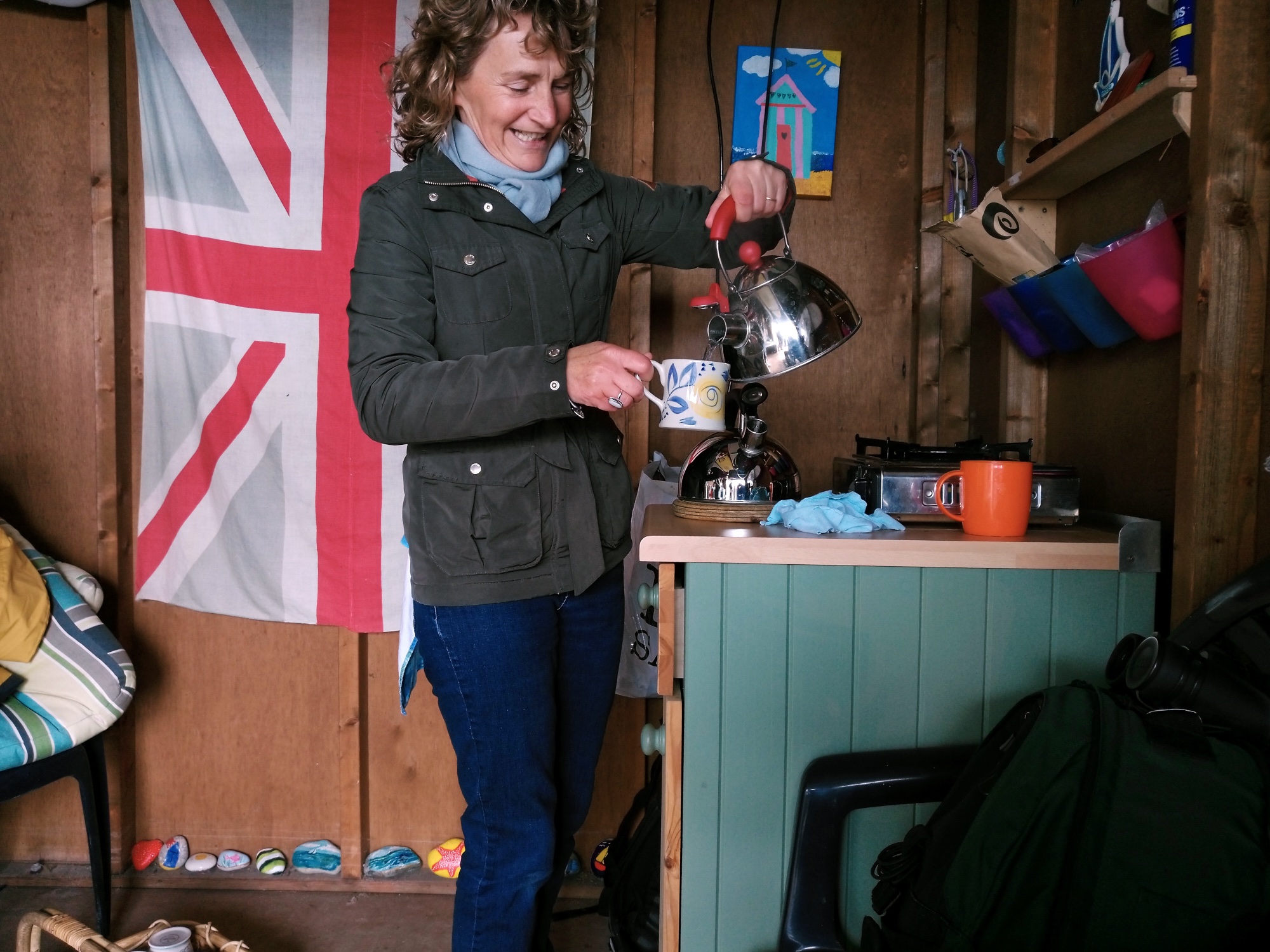 SAS host beach cleans all over the country twice a year. Their Spring Clean brought together 70,000 people scouring the shores. One Sunday morning, I hopped onboard a train and headed down to join the effort at East Wittering. In between nodding off, I spotted a picture on Instagram from a friend in Cornwall showing their local beach choked with litter brought in by Storm Brian the day before. I was met at the station by Holly, who’s been volunteering for the last three years, running beach cleans from the family beach hut. In spite of the high winds, the sun shone bright and 50 people turned up to get stuck in. Amongst these people were a new family to the area, a father and daughter who’d travelled down from Putney who wanted to help the cause and many local beach hut owners. 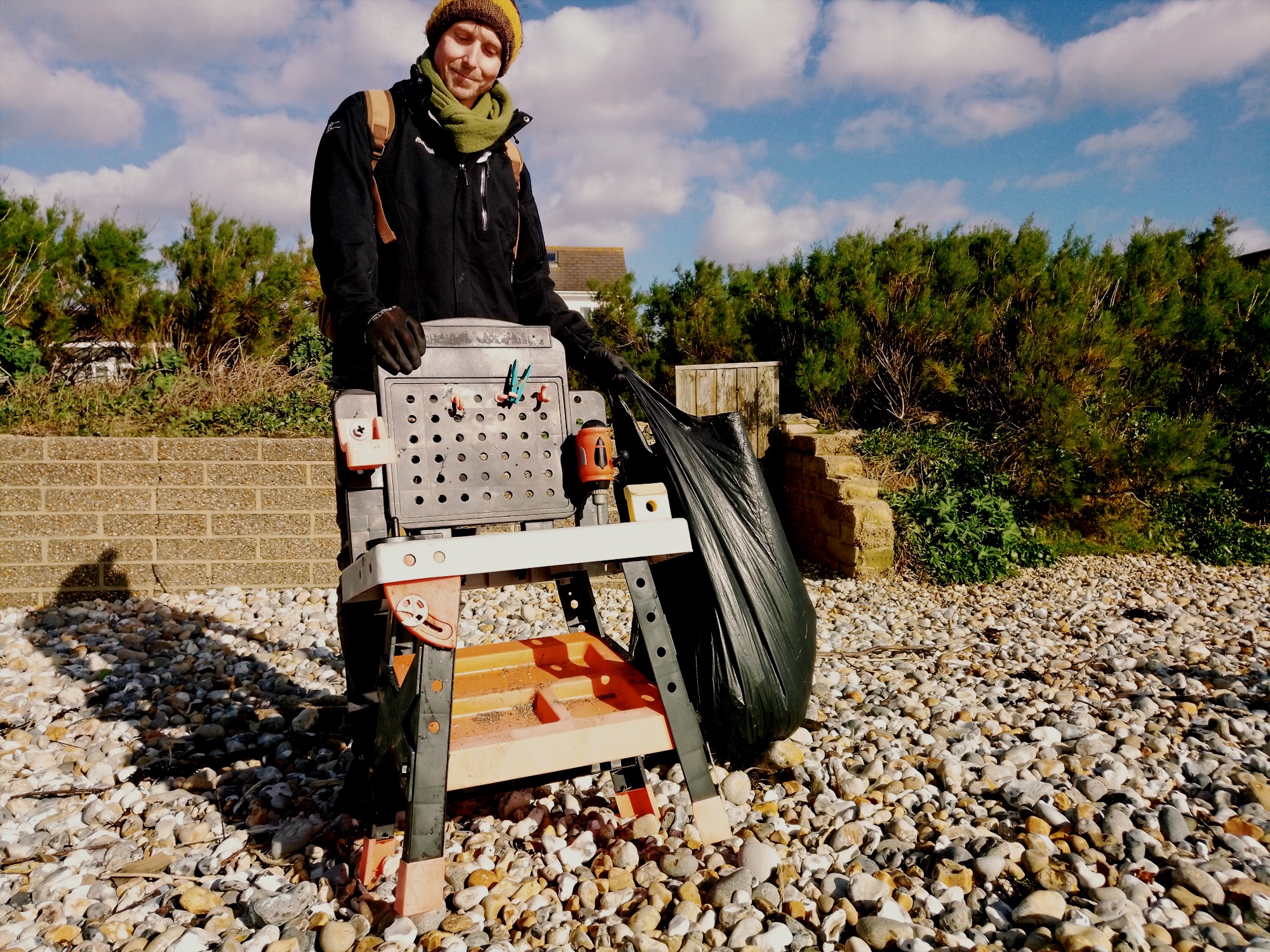 As we combed the pebbles, we found a lot of rope from boats and fishing, bottle tops, those plugs you get in helium balloons, a couple of soles from shoes, plastic gift wrap ribbon entwined with seaweed, plastic straws and an entire child’s DIY play station along with a host of other things. And so, as well as cleaning up this much-loved beach, it’s impossible to ignore the single-use plastic items that could have been avoided and returning to my opening idea: how sometimes our hobbies – in this case, fishing and sailing – which rely on the outdoors can be so painfully detrimental to its balance.

Linkedin
RELATED ARTICLES
OTHER ARTICLES
At his West Bank restaurant, Fadi Kattan established himself as the voice of modern Palestinian cuisine. Now, he’s bringing his innovative, bold flavours to the UK’s capital.
Photographer Sean Maung reflects on documenting a small town in Pennsylvania afflicted by high levels of unemployment, poverty, violence, crime, and addiction.
A new podcast is opening up the conversation between trans women and trans amorous men in the hope of building coalitions.
After building his reputation covering the US civil rights movement in the 1960s, the photographer went on to produce some of the most enduring images of the past century.
Following the release of his debut single, Deyaz talks battling addiction, dealing with his struggles through music, and building a budding music career from his living room.
Tristan O’Neill’s shots of dancers caught in moments of reverie at the height of rave’s golden age are a testament to the UK’s legendary club culture.