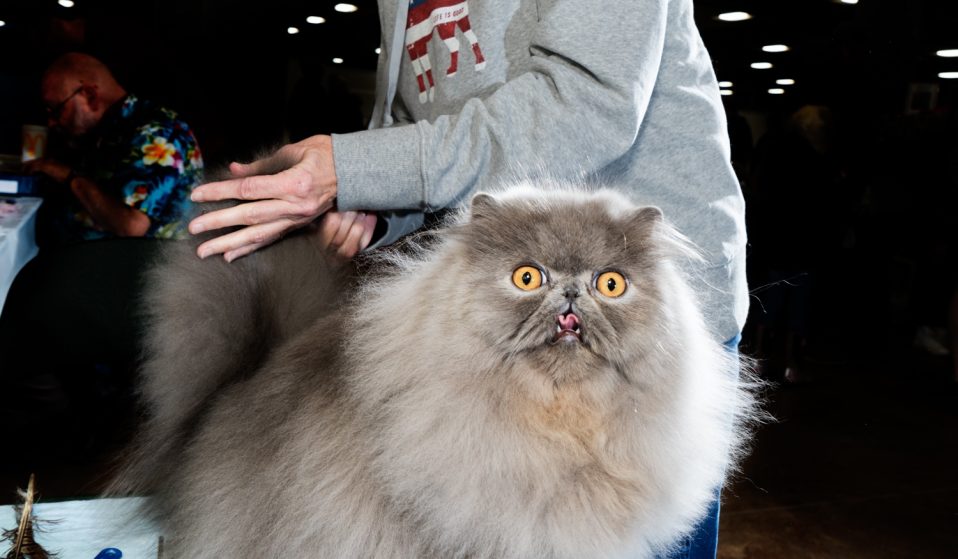 Photographer Andreanna Seymore heads to Minnesota’s annual cat-themed extravaganza: ‘It felt like Disney gone wrong. These house cats were about to murder each other.’

Photographer Andreanna Seymore heads to Minnesota’s annual cat-themed extravaganza: ‘It felt like Disney gone wrong. These house cats were about to murder each other.’

Three months after giving birth, photographer Andreanna Seymore travelled to Minnesota to attend the 42nd annual Saintly City Cat Show — just one of the many family-friendly events held throughout the Saint Paul Winter Carnival,  a time-honoured celebration that has been held for more than 130 years.

A self-avowed cat person with a penchant for pageantry, Seymore was particularly intrigued what she described as a distinctly Midwestern approach to feline pomp and circumstance. “Cat shows are the coolest thing,” she explains. “What drew me to the Saintly City Cat Show was that they give awards to both pure breeds and house cats.”

With temperatures dipping below -34 degrees Celsius, the show drew a fascinating mix of breeders from around the nation, superfans, and local families enjoying the weekend-long festivities in the basement of River Centre, a local convention hall. 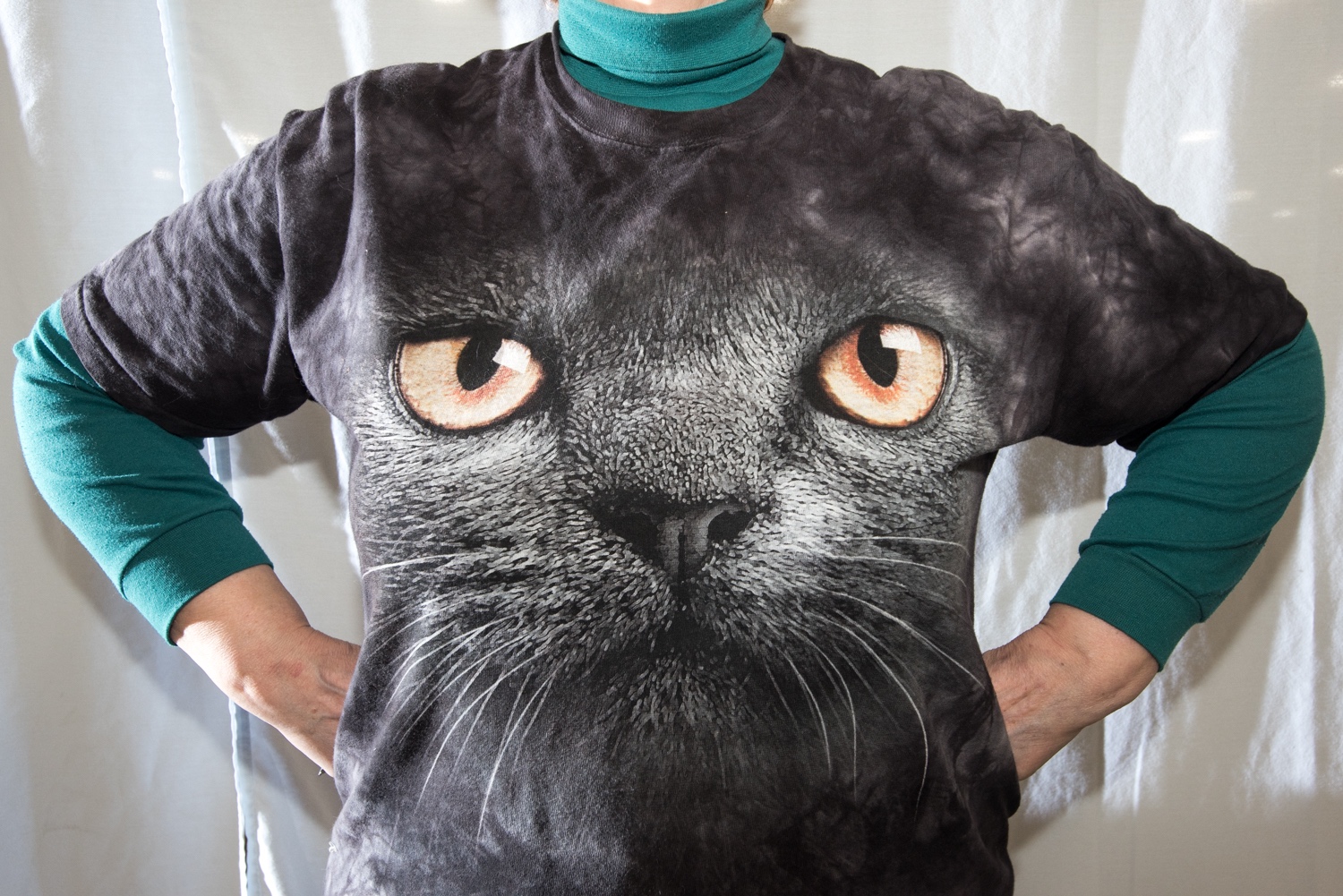 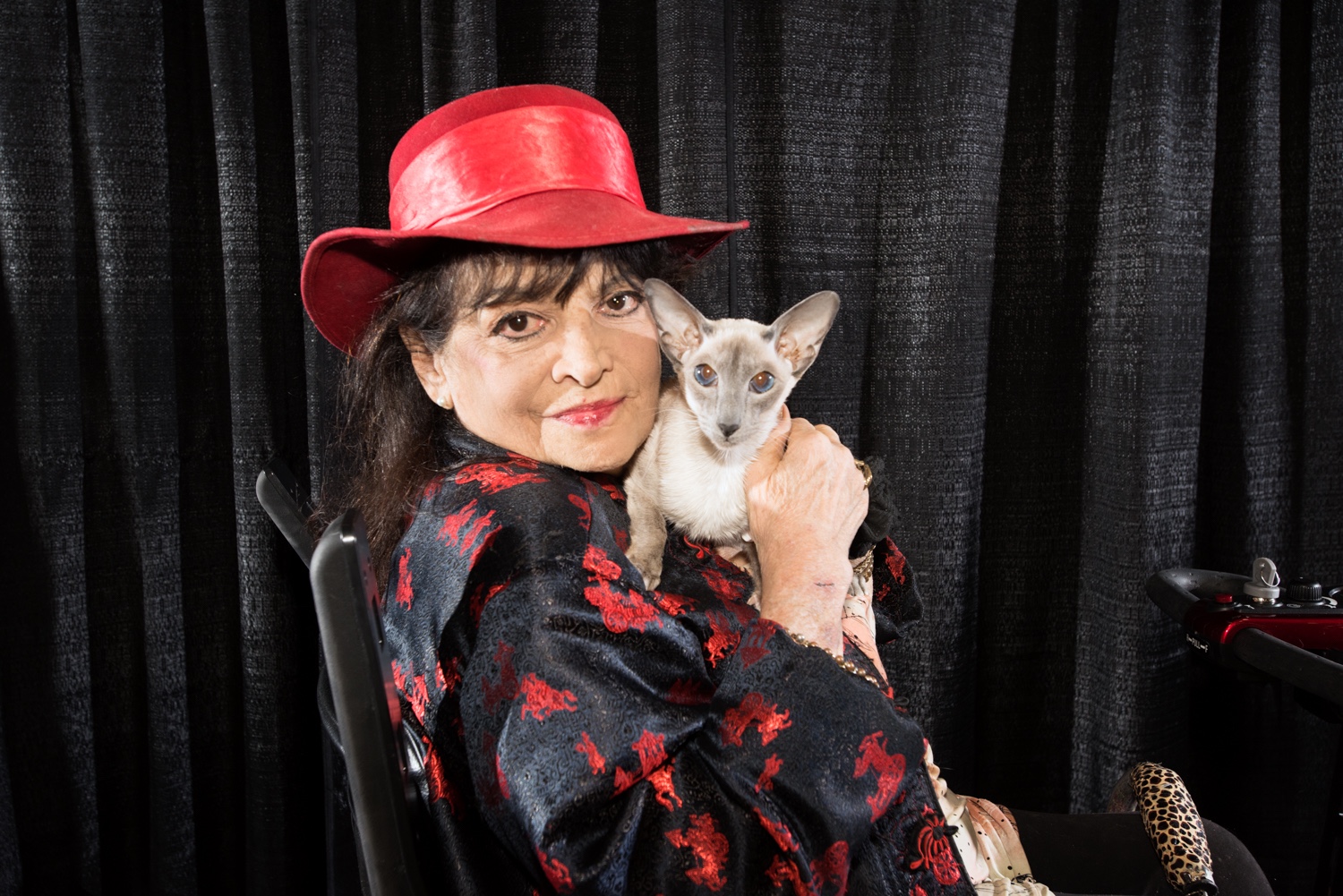 “Towards the end of the show, the hall was packed,” Seymore says. “People arrived 30 minutes before the official judging began and waited patiently in their folding chairs to see the pure breed cats. They were really into it – they were wearing cat shirts and had everything cat motif.”

“Cat and dog shows are two very different types of people. Cat people are a little bit particular and have a certain way they like to do things. Some owners were very meticulous, but others were like you would expect: they had hair on them and were frumpy and dishevelled. I might be stereotyping a little bit, but the cat people were eccentric.”

As Seymore photographed, she began to notice something she did not immediately see. “Just like how people say dogs look like their owners, the cats look like their owners – or their owners were drawn to cats that look like them. I didn’t realise that until the tail end of the day when I started to look at my pictures. Maybe I captured moments when they were making the same facial expression but you could tell that they owned that cat.” 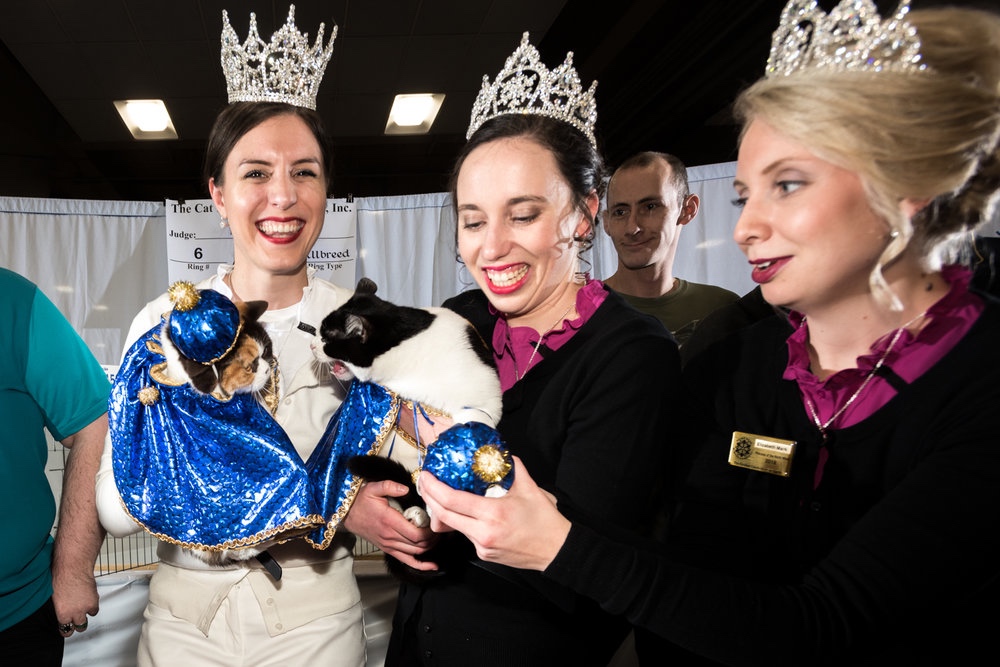 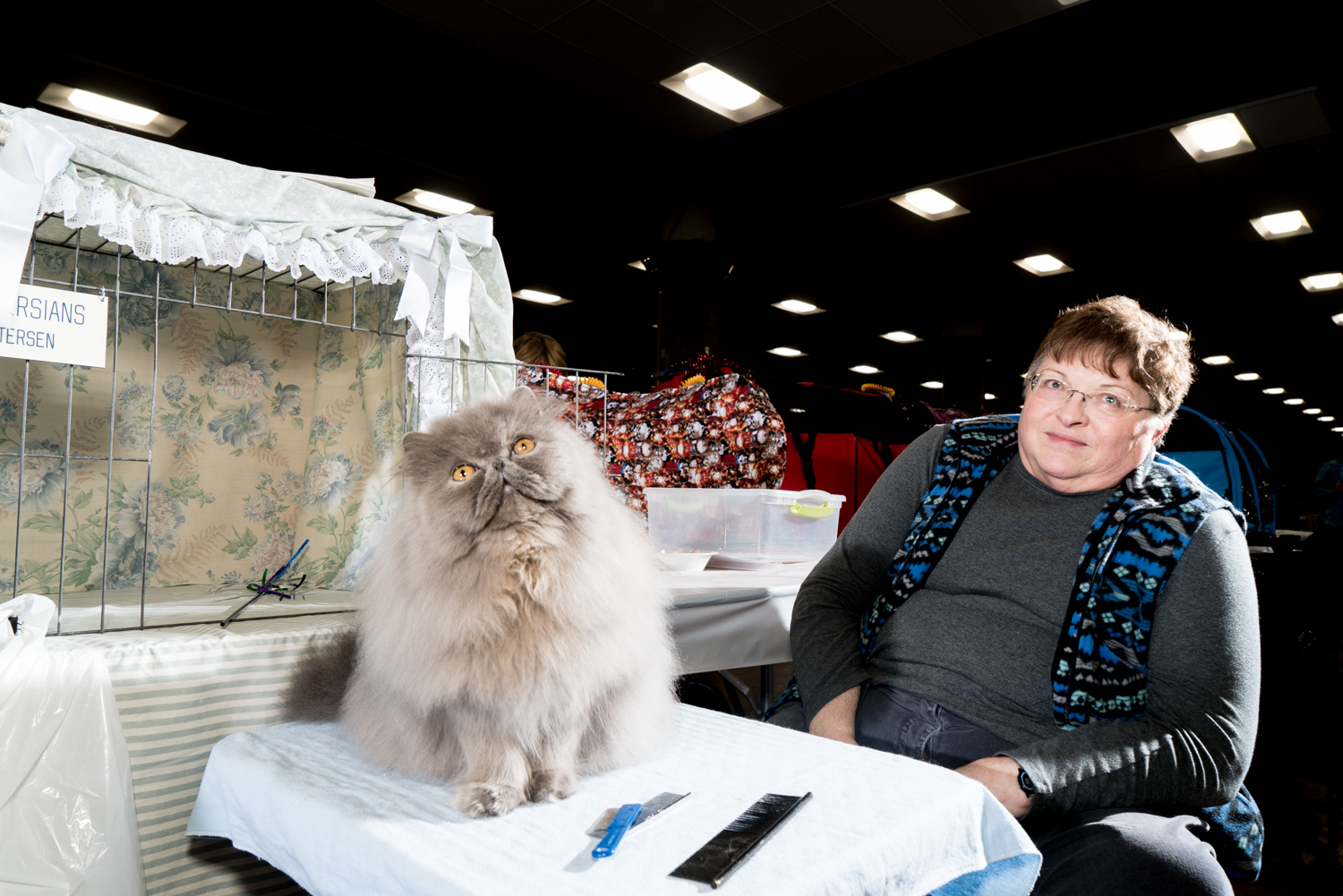 For the most part, the cats were calm and content throughout the show. “The bigger, long-haired cats were like, ‘Pet me. Groom me. Love me.’ They were loving every minute of it.”

“The skinnier cats were more high energy. There was one cat that freaked out and ran up the pillar, which was covered in a rug. But other than that, I didn’t see any runaway cats. Most of the cats that had a lot of awards were used to this type of thing.”

Then came the moment everyone had been waiting for: the housecats would be crowned by the King and Queen of the Winter Carnival Royal Court — except the Royal Court was running two hours late and Seymore had a plane to catch.

“I was like, ‘Oh my God!’” Seymore says, with a laugh. “I was directing the Court in order to get the picture and it was a little chaotic because the winning cats did not like each other. They were hissing. The crowns did not stay on their heads for more than four seconds. The poor cats were so undignified. It felt like Disney gone wrong. These housecats were about to murder each other.” 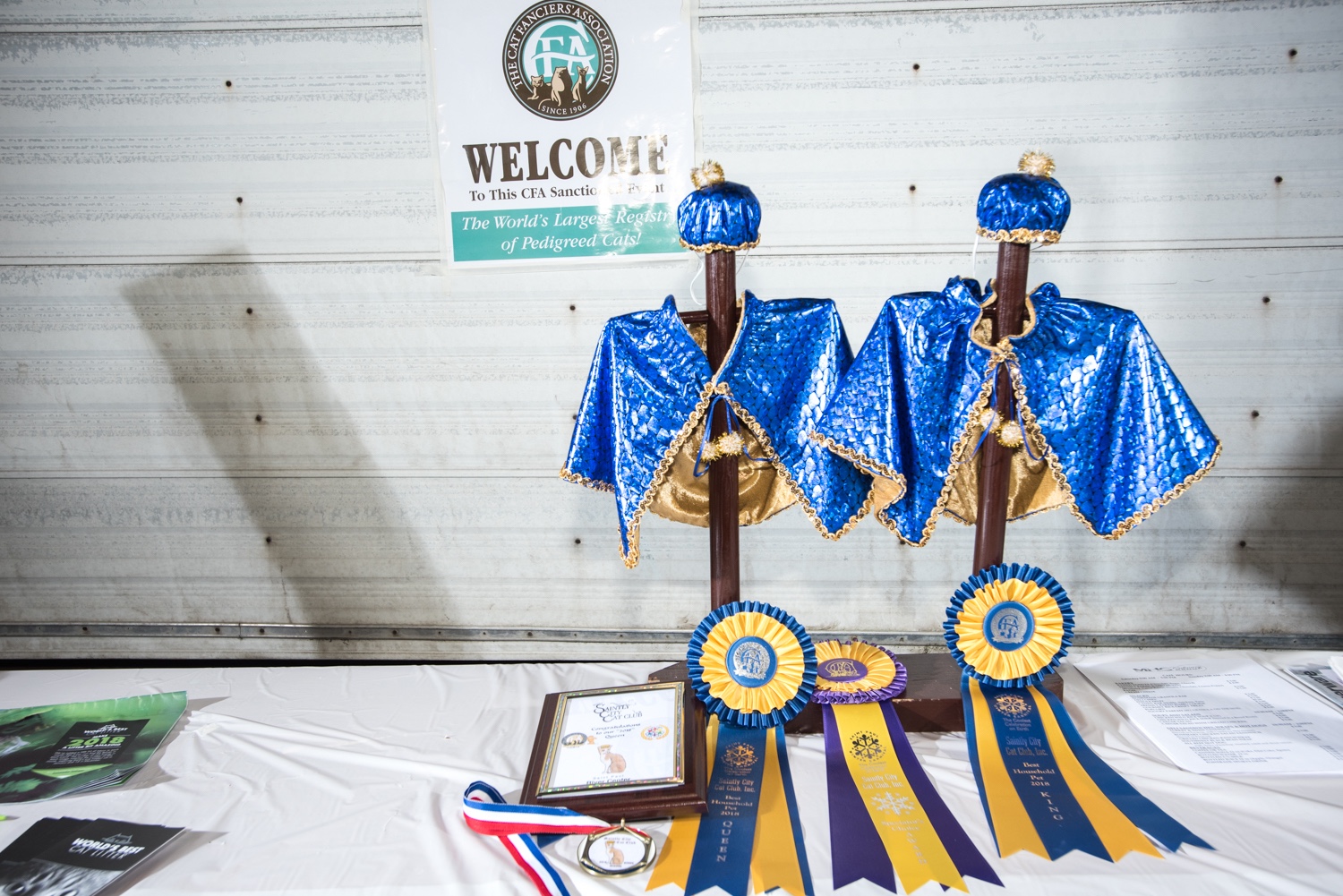 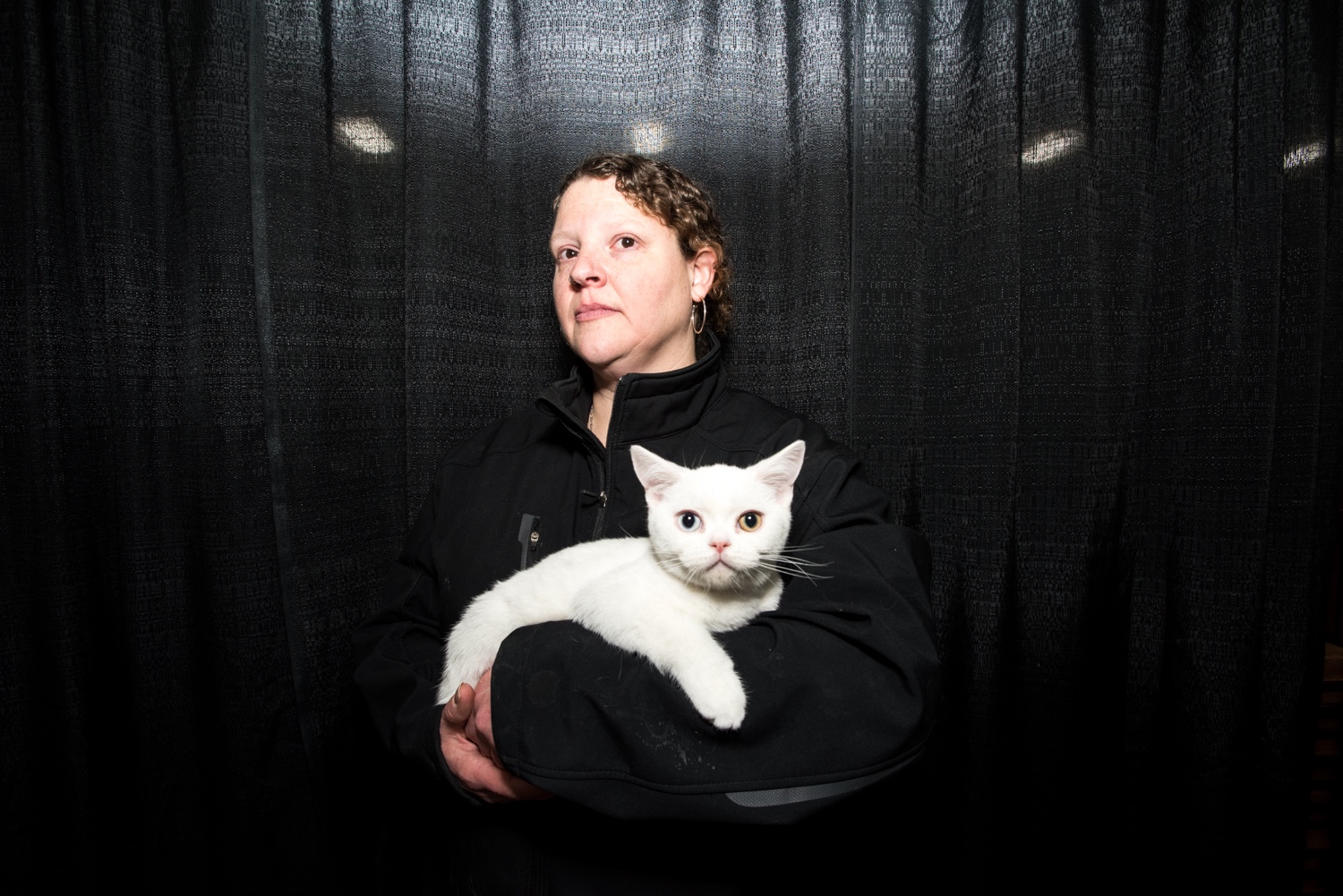 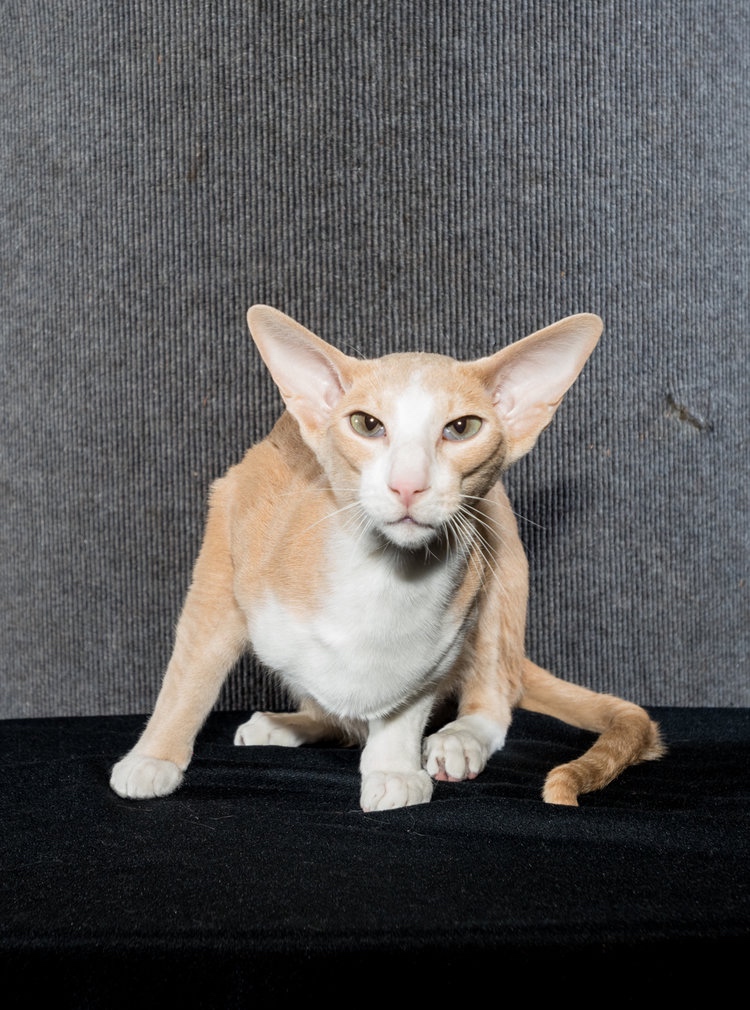 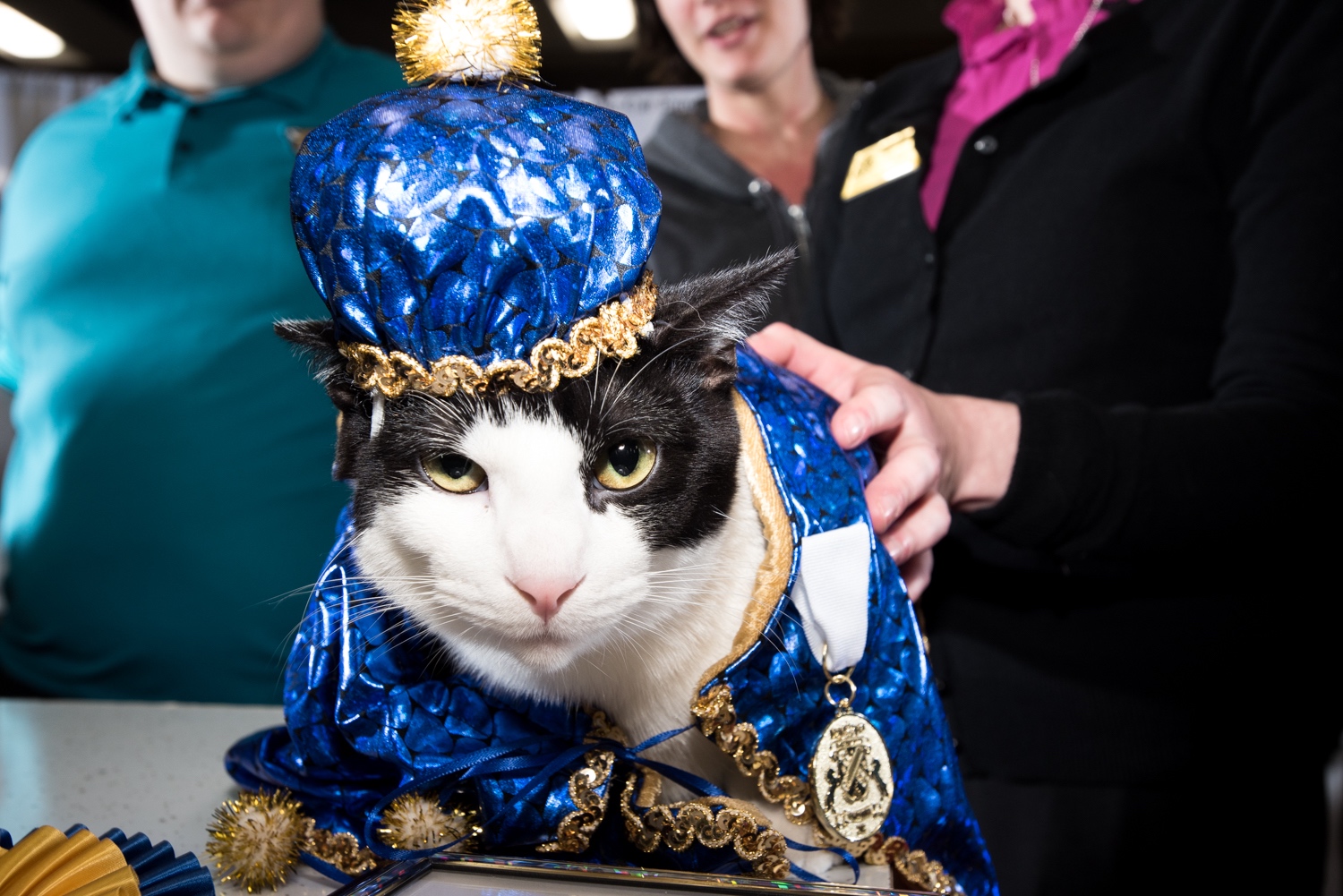 Linkedin
RELATED ARTICLES
OTHER ARTICLES
Yesterday, rail workers came together to protest poor pay, working conditions and job cuts in their latest round of strikes.
A sharp increase in officers armed with the electrical weapon is resulting in serious injuries and deaths.
A series of photos by the late Jerry Dantzic taken in 1957 show a tender side to the iconic Jazz musician.
Ahead of the release of his new album, the producer reflects on his battle with drug use, getting into painting and what Madonna taught him.
From the chip shops, to the bingo parlors and burlesque dancers, photographer Mike Coles remembers capturing scenes of holidaymakers by the English coast.
Students are being left to languish in unsafe housing, in some cases leading to serious health complications.