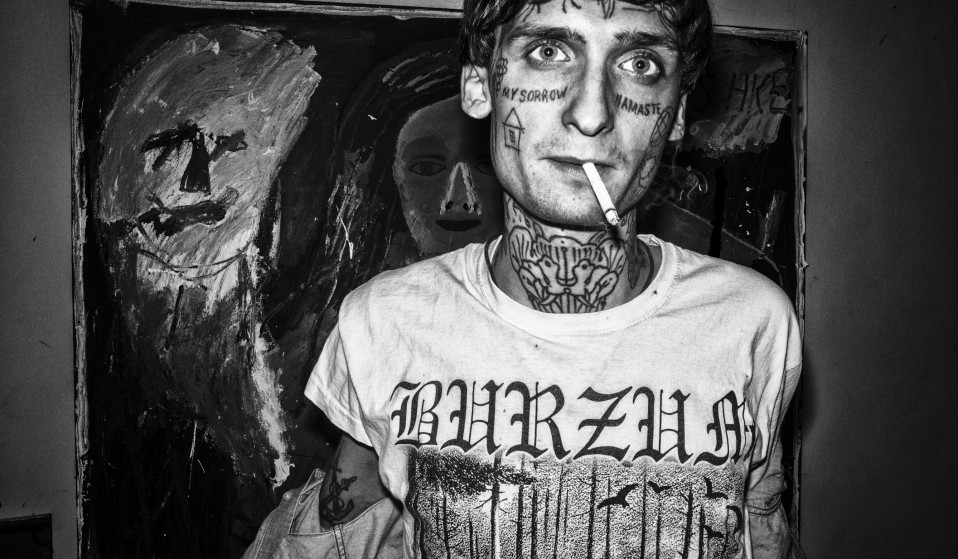 In ‘Moscow Kiss’, photographer Jon Cuadros presents a whirlwind snapshot of the city, compiling stories that would otherwise go untold.

In ‘Moscow Kiss’, photographer Jon Cuadros presents a whirlwind snapshot of the city, compiling stories that would otherwise go untold.

Jon Cuadros has always been fascinated by the idea of Russia. For the Columbian-American photographer, the country represented a great unknown; a distant, otherworldly place, veiled by a mythology that preceded it. Naturally, when a friend – originally from Kazan – invited him to stay with her in Moscow, he jumped at the opportunity to uncover the country for himself.

Despite only having a week-long visa, Cuadros (who’s based out of Berlin) was determined to take in as much of the city as physically possible. In seven short days, he managed to capture the entire spectrum of Moscow’s weird, wild and wonderful – from young lovers and squat-dwelling artists, to a close-knit community of ardent aviculturists, Cuadros’s lens followed him into some of the city’s most secluded corners. Sleep, it transpires, was very much a second thought. 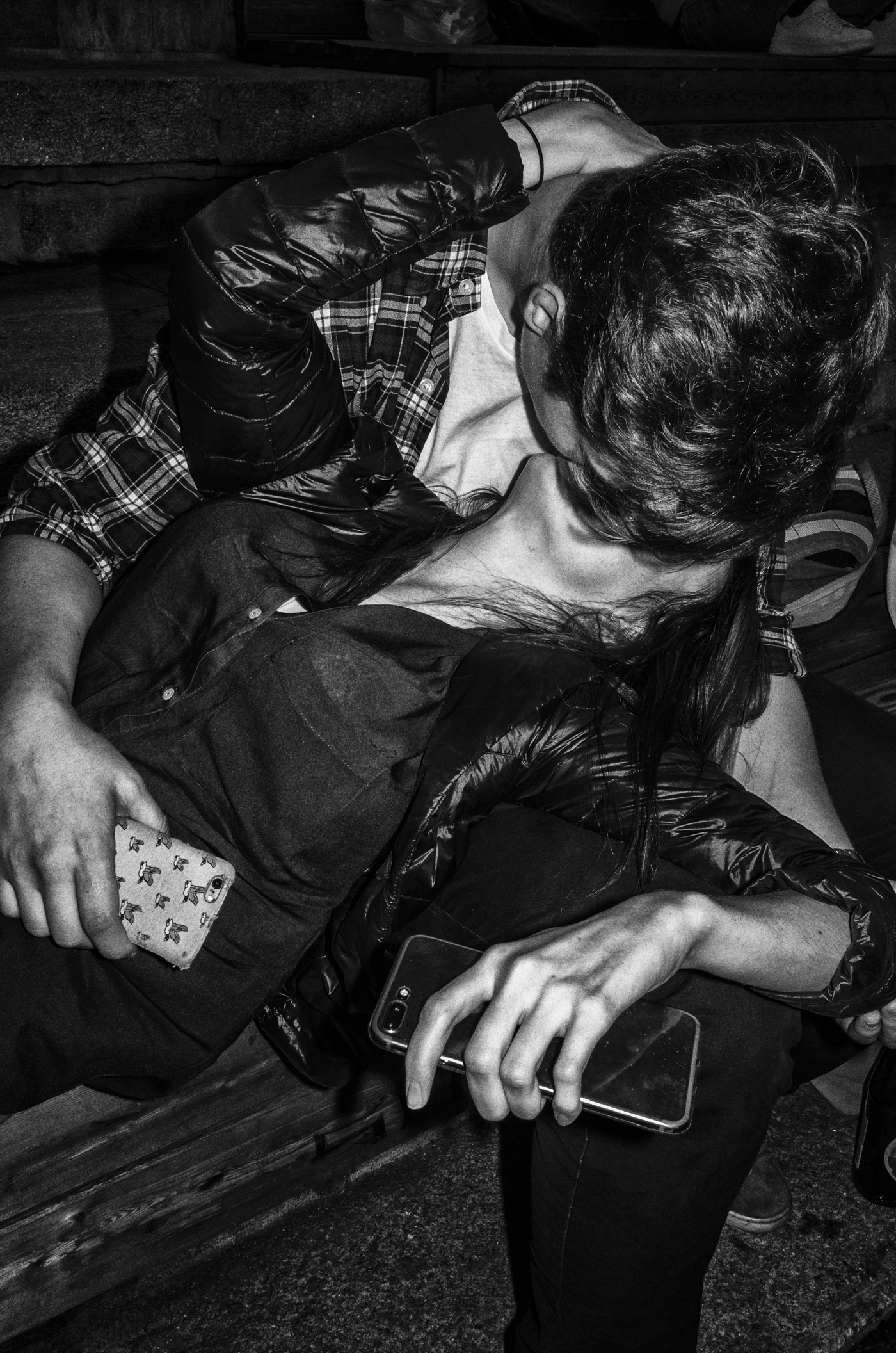 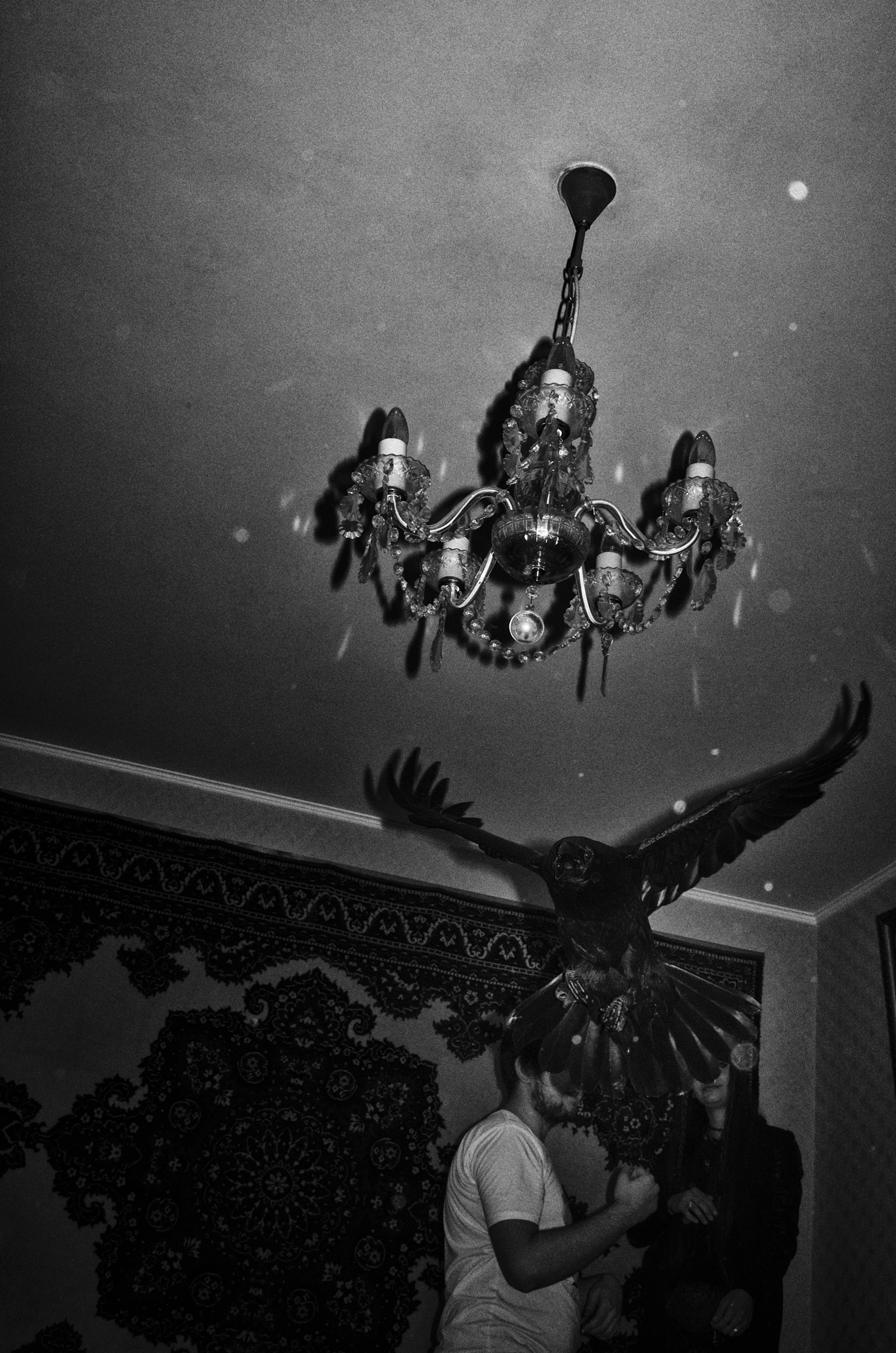 “I stayed with a friend living in a quaint, post-Soviet-type neighbourhood out in western Moscow,” he tells Huck. “Babushka meetings in the playgrounds, apartment complexes like giant concrete slabs, people selling melons on the sidewalk – it was beautiful. I reject sleep, especially when it feels like there are windows of opportunity shutting around me.”

“Since I had a visa for only one week I felt the internal pressure to see, do, and absorb as much as possible. I didn’t want to sleep – I ate breakfast walking most days, and my feet were aching by day two or three. Even when I caught a cold (during) the last few days, I just powered through it. As an anxious person, hard and fast and manic is my modus operandi.”

The subsequent series, Moscow Kiss, portrays a relentless, week-long period in which the city’s fringe characters are spotlighted with monochromatic fascination. Focusing on subtle intimacies – between friends, lovers, strangers, photographer and subject – the images are a whirlwind snapshot of the city, compiled of stories that would otherwise go untold.

“I’ve spent time in big cities like Tokyo or New York, but no city has ever felt so grand to me. Between the ultra-wide streets, statues, monuments everywhere and the Stalinist architecture tapering into the sky, I felt like a tiny person dropped into a city of giants.” 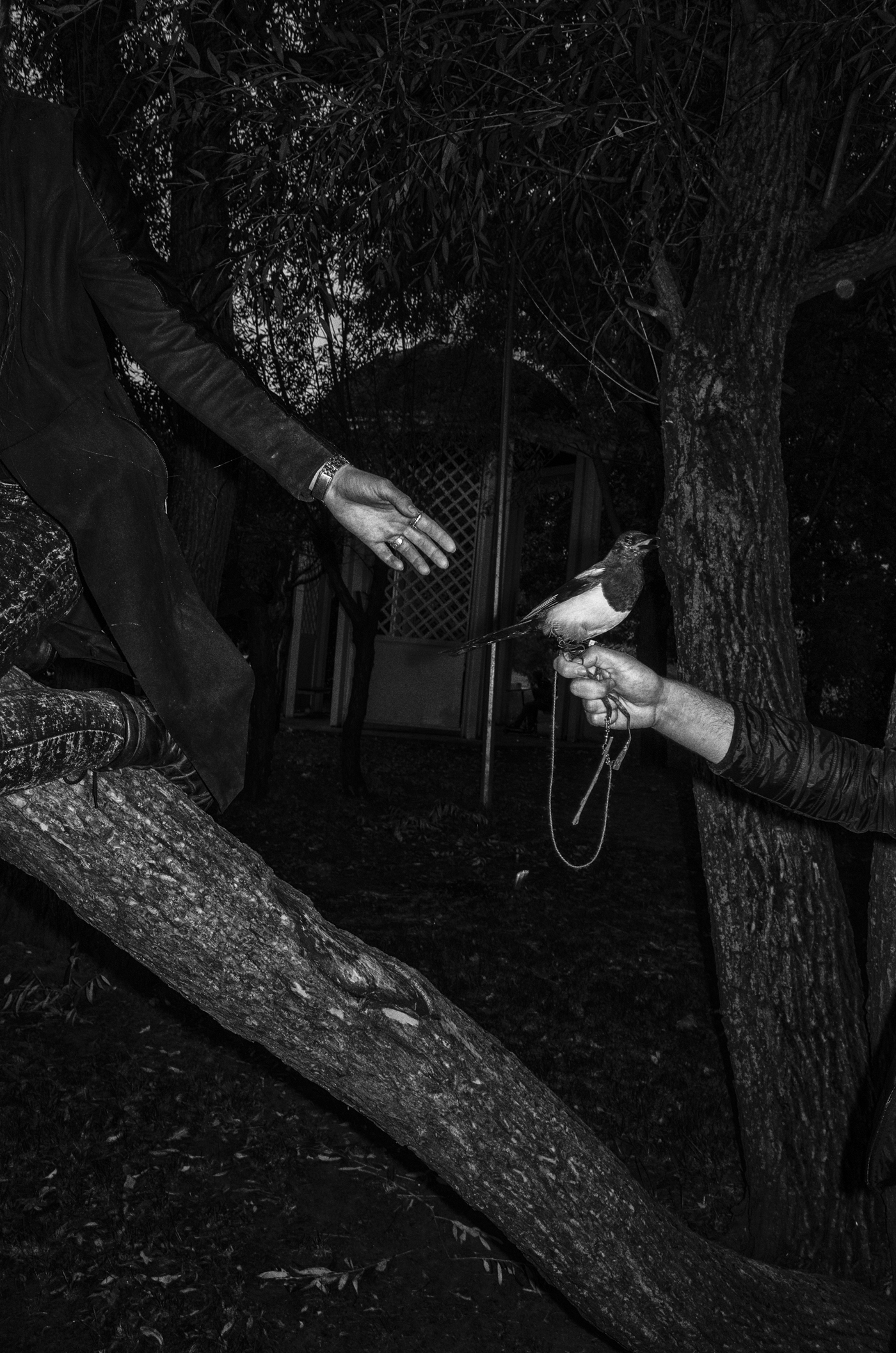 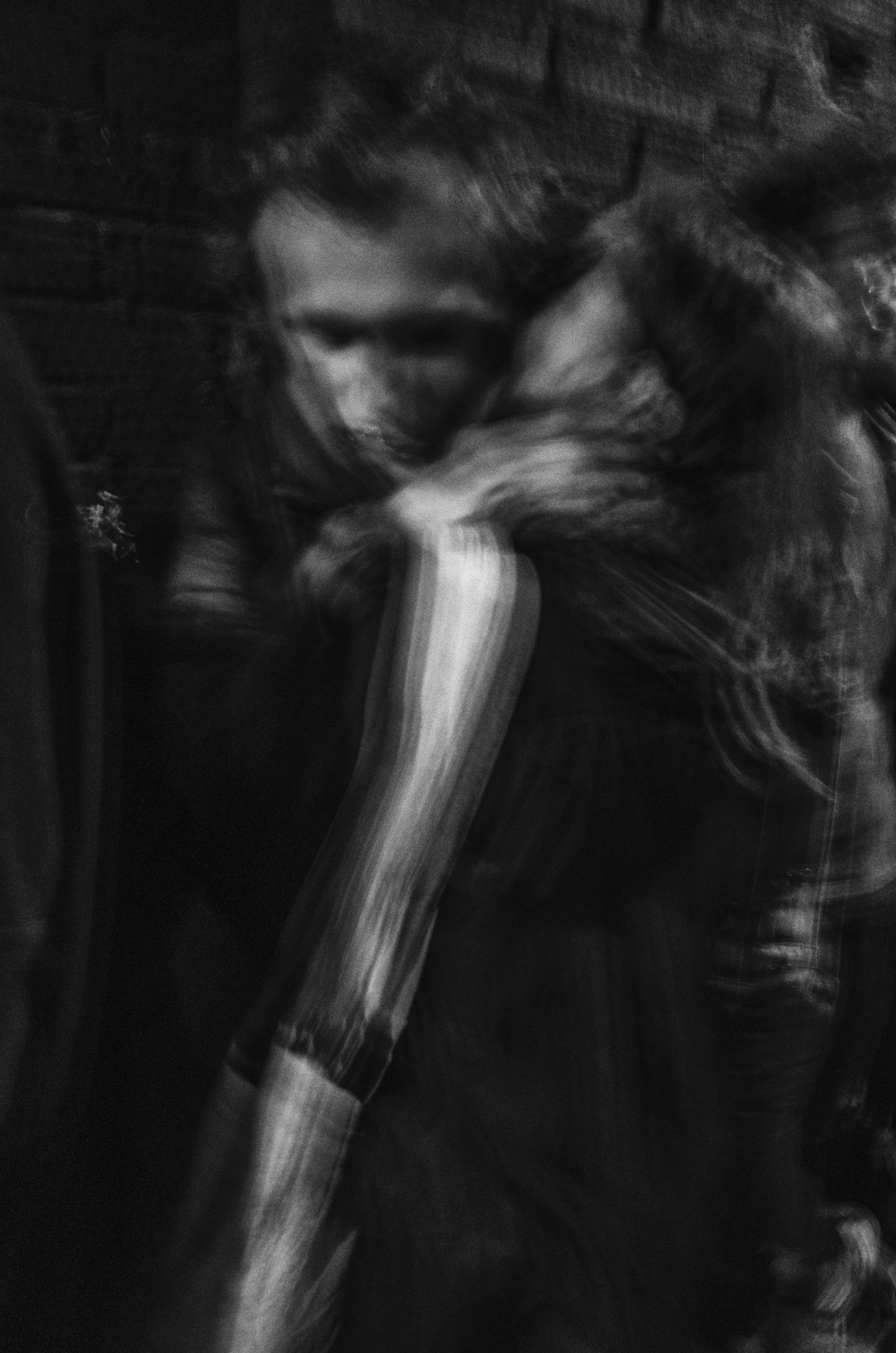 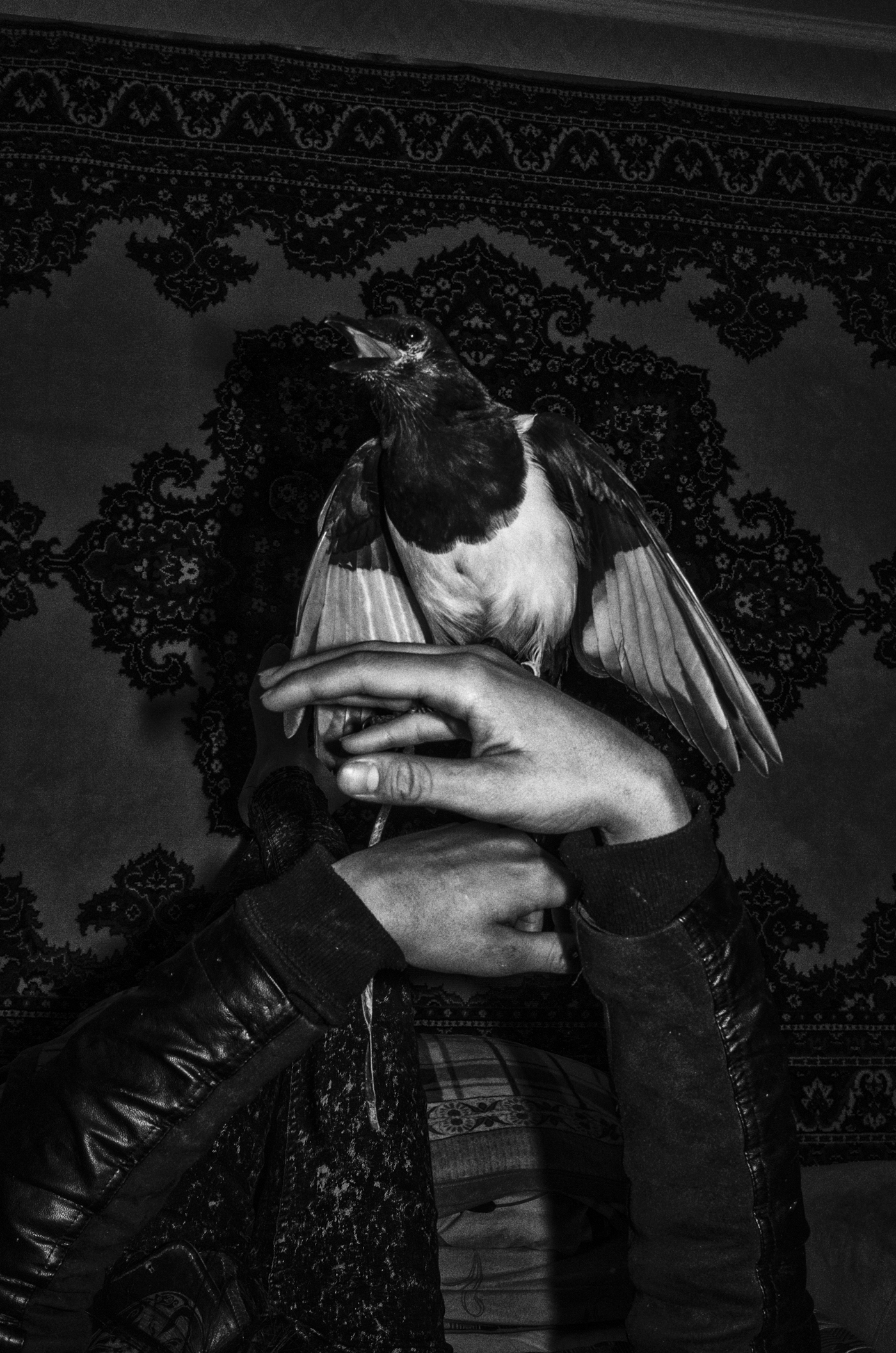 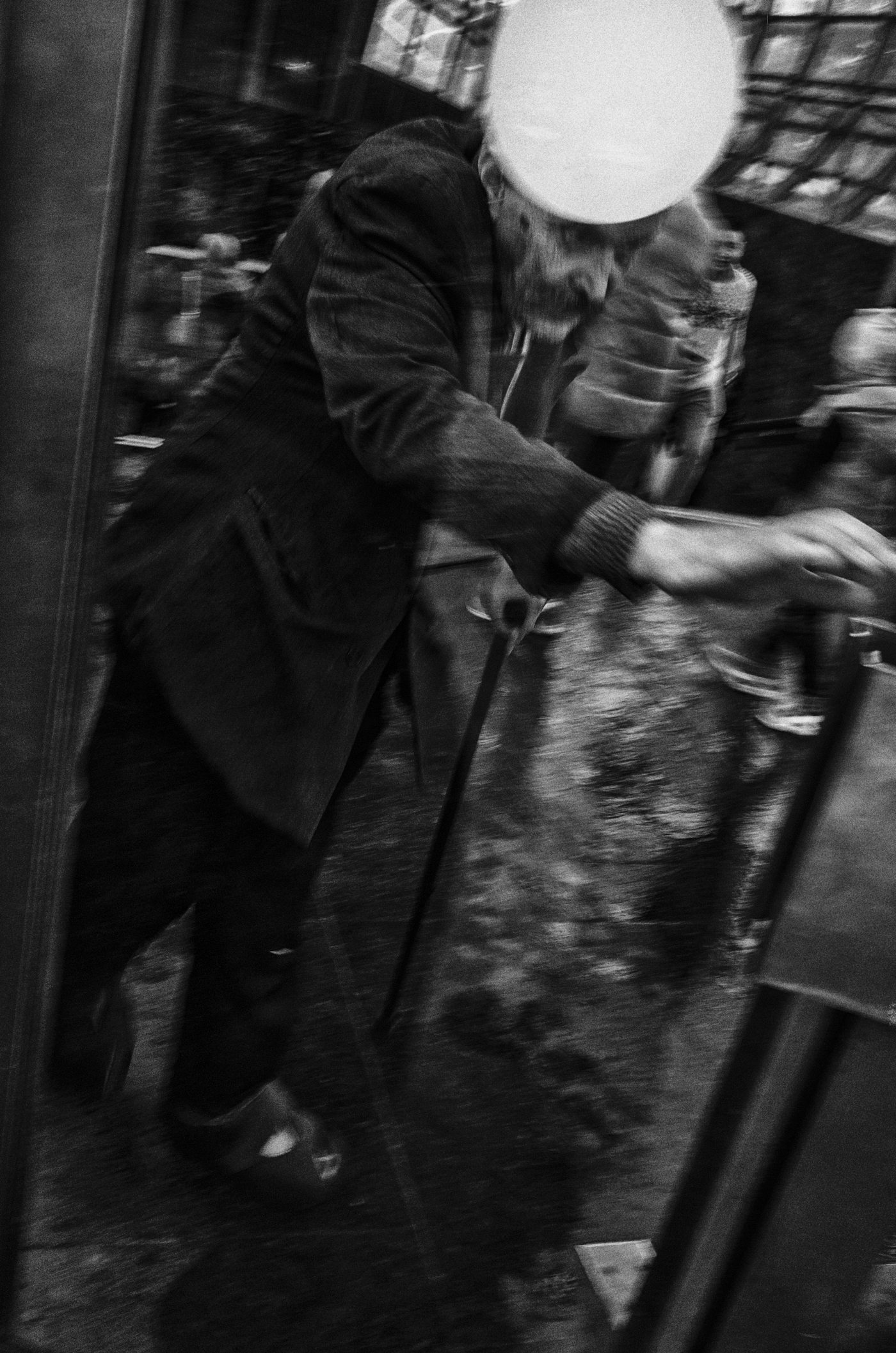 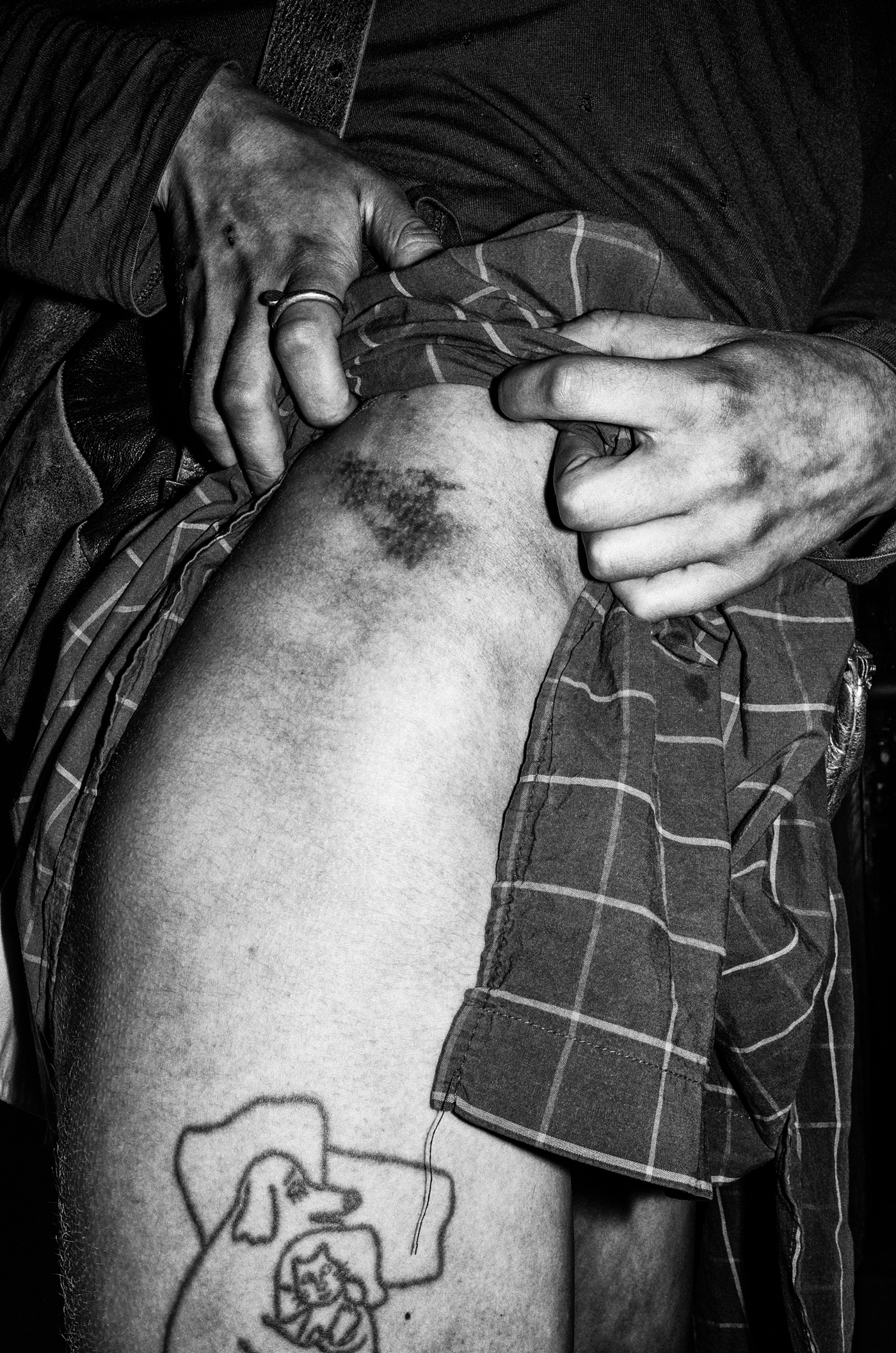 See Moscow Kiss as part of NIGHT & DAY at FK Kollektiv on October 7.

Linkedin
RELATED ARTICLES
OTHER ARTICLES
The action took place in response to the 200 asylum-seeking children who were placed in hotels run by the Home Office who have gone missing.
Photographer Sean Maung reflects on documenting a small town in Pennsylvania afflicted by high levels of unemployment, poverty, violence, crime, and addiction.
Following the release of his debut single, Deyaz talks battling addiction, dealing with his struggles through music, and building a budding music career from his living room.
As she gears up for the release of her first book, the 24-year-old climate activist talks standing up to authority and building a more inclusive movement.
Tristan O’Neill’s shots of dancers caught in moments of reverie at the height of rave’s golden age are a testament to the UK’s legendary club culture.
AI companies that develop image-generators using copyrighted artwork from the internet are coming under fire from artists who say that it amounts to theft.