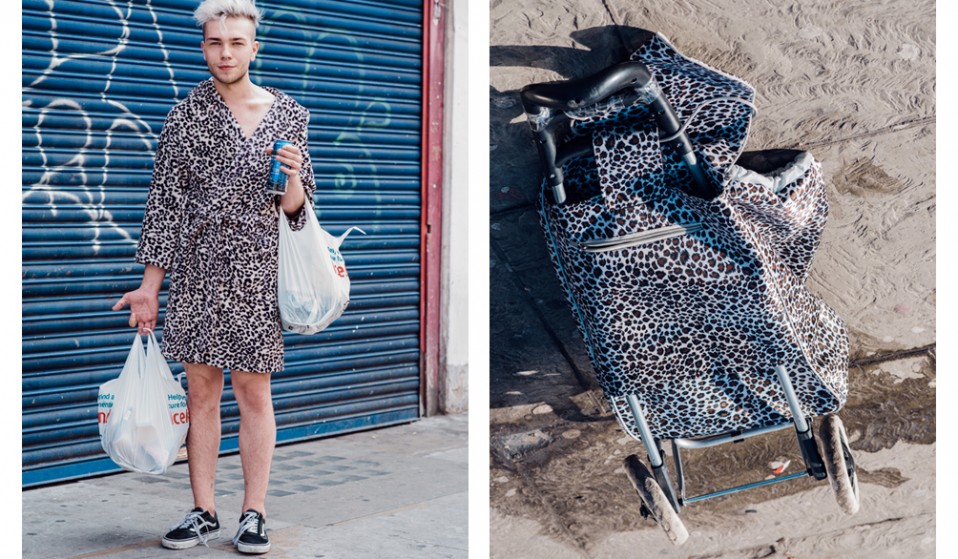 In Rhyming Couplets, photographer Alistair Redding places portraits of people alongside shots of everyday colours, objects and shapes, creating an entanglement between pedestrians and their corresponding urban environment.

In Rhyming Couplets, photographer Alistair Redding places portraits of people alongside shots of everyday colours, objects and shapes, creating an entanglement between pedestrians and their corresponding urban environment.

In Rhyming Couplets, an ongoing project, South African photographer Alistair Redding places portraits of people alongside shots of objects, colours and shapes he finds on the street. His aim is to create “visual rhymes” between people and the corresponding urban environment.

“I have been photographing people and objects on the street for years. Over time, I collected related images,” he explains. “I found that I could connect images from the street together in an interesting way. 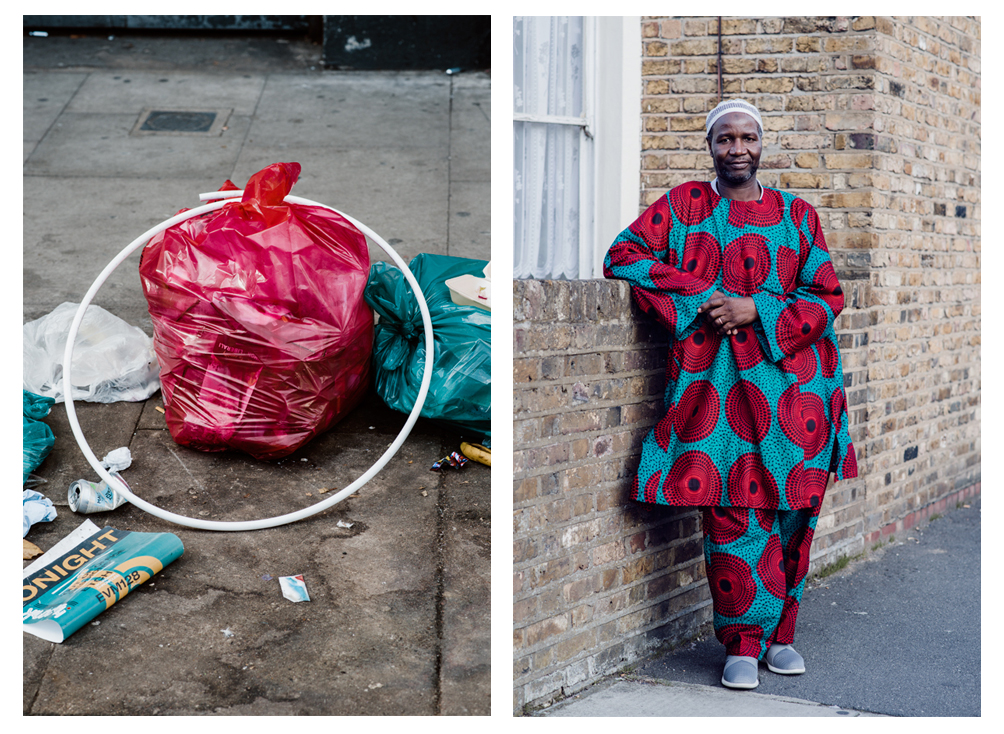 Circle in the Round / Bamba 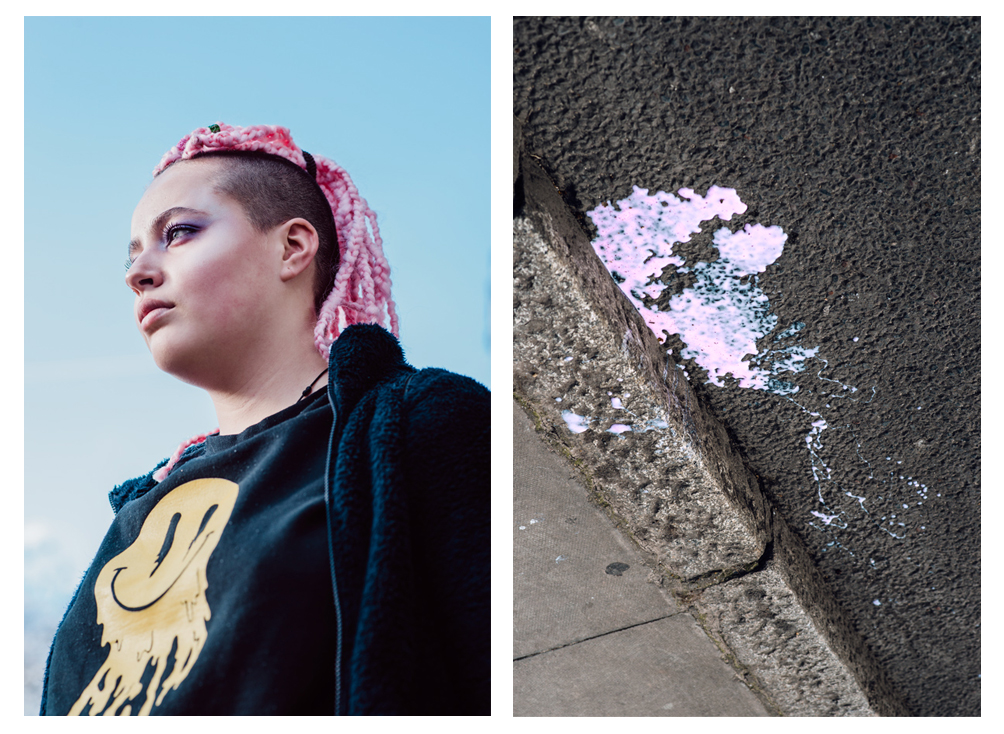 “The more I did it the more it reminded me of early film theory – in particular Eisenstein’s montage theory – that meaning is created in the space between the images, in the cut, in the collision of two images. I liked how the series gave new purpose to all the little objects and spaces I was photographing on the street.”

For Redding – who has been shooting portraits and objects simultaneously since he “first began to take photography seriously” – the diptychs that come together to form Rhyming Couplets create a sense of entanglement, providing the original shots with a brand new perspective.

In the series, people are paired with cars, animals, patterns on the road and discarded objects on street corners. With some images there’ll be an immediate visual correlation (colour, material) that stands out, whereas others are a little less obvious. 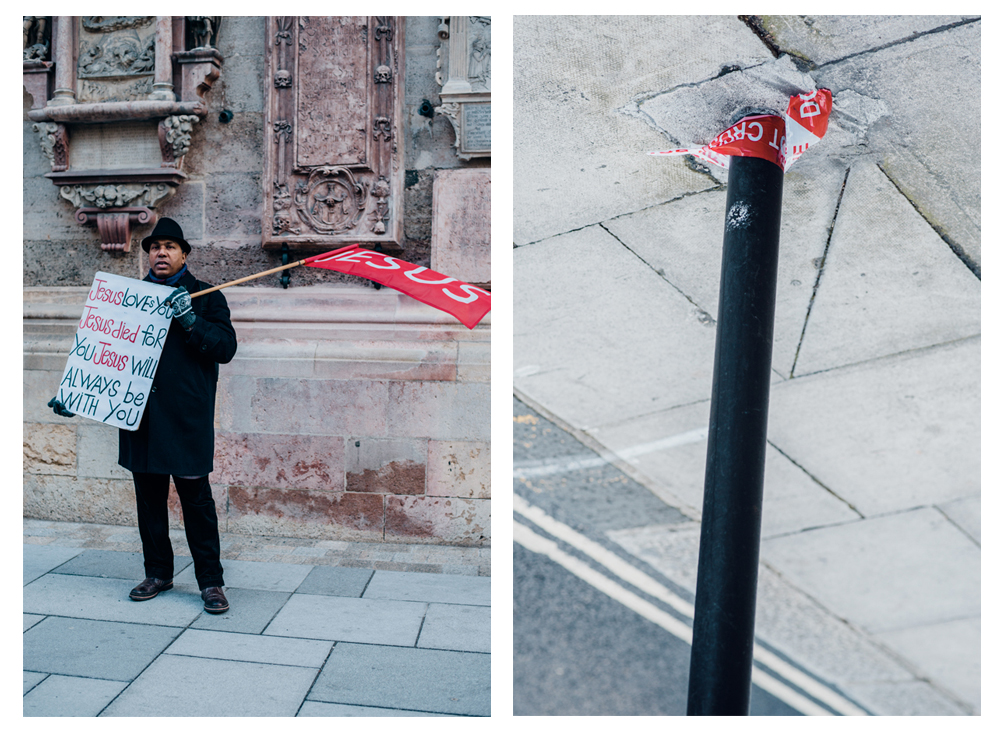 Masih / Do Not Cross Pole 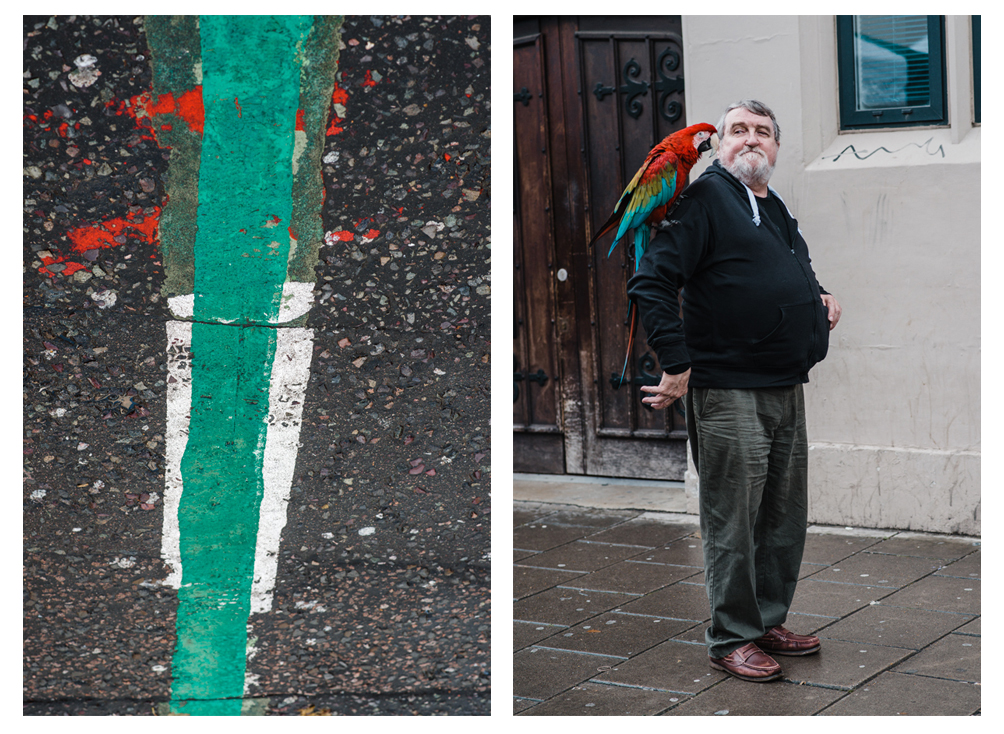 “I think the couplet that I find the most satisfying is the one of Masih, which I took in Vienna. he was a Christian from Pakistan and was holding a sign saying ‘Jesus loves you’. I combined that image with [a photo of] a pole and a piece of tape wrapped around it’s base which I shot in London.”

“On the tape is written ‘do not cross’ for me this really is a visual rhyme, the reference to Jesus with words written in red the allusion to the cross, written on the tape and the base of pole coming out from the ground all rhyme with each other.”

There’s no set formula to how he conducts the series, either: sometimes the image of the person comes first, sometimes not. The subsequent matching of pictures, he explains, tends to happen naturally, too (“you don’t always see the connection right away, but when you do it’s very pleasing”). 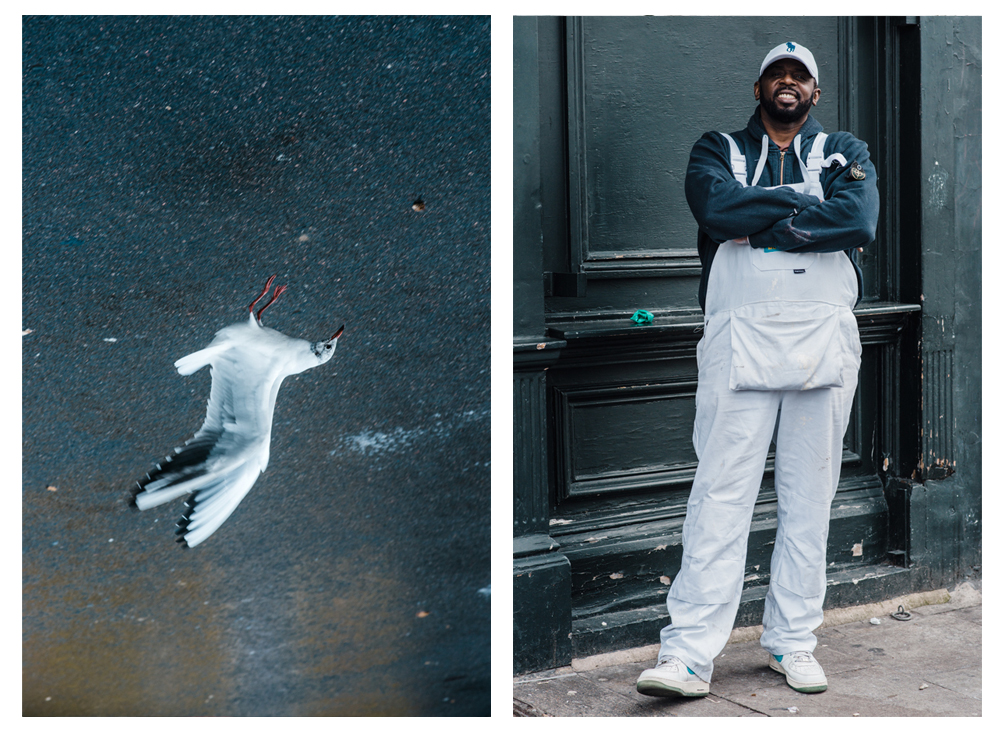 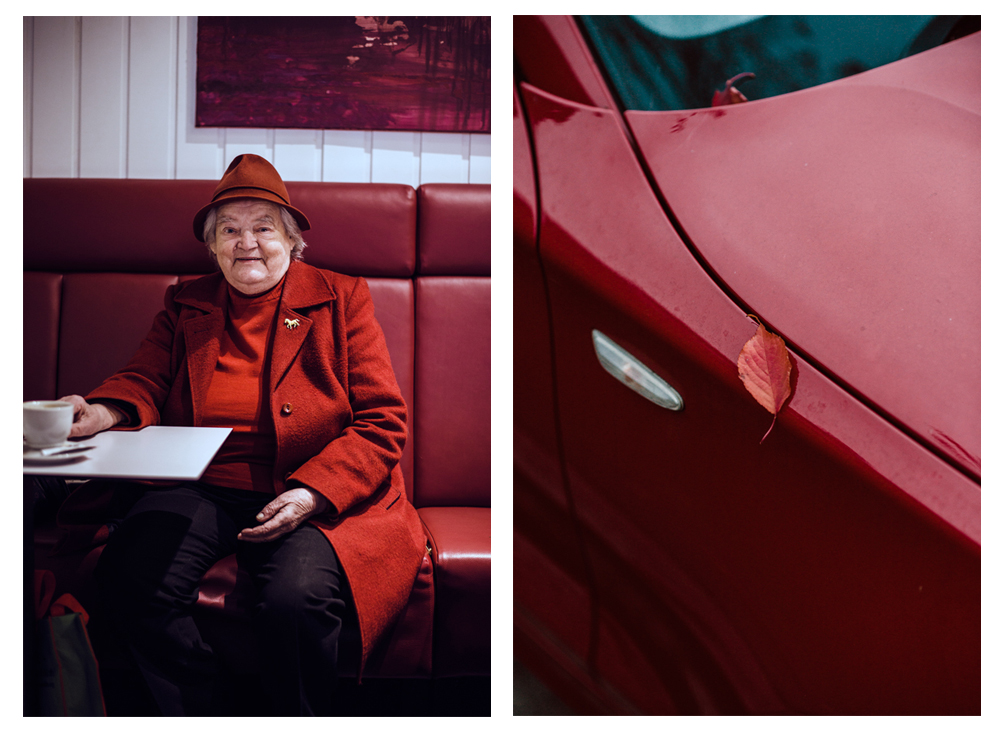 “I think the way we present ourselves has interesting parallels to our environment and vice versa. The things we see around us influence us profoundly, space has a huge bearing on our minds. These diptychs are like film cuts, and they act poetically like rhymes.”

“I also think objects we leave behind on the street – bits of plastic, thrown away wrappers and bottles, etc –are little traces of ourselves and our actions. It feels fitting that it should be possible to relate all these things so that portraits and objects can be shown together.” 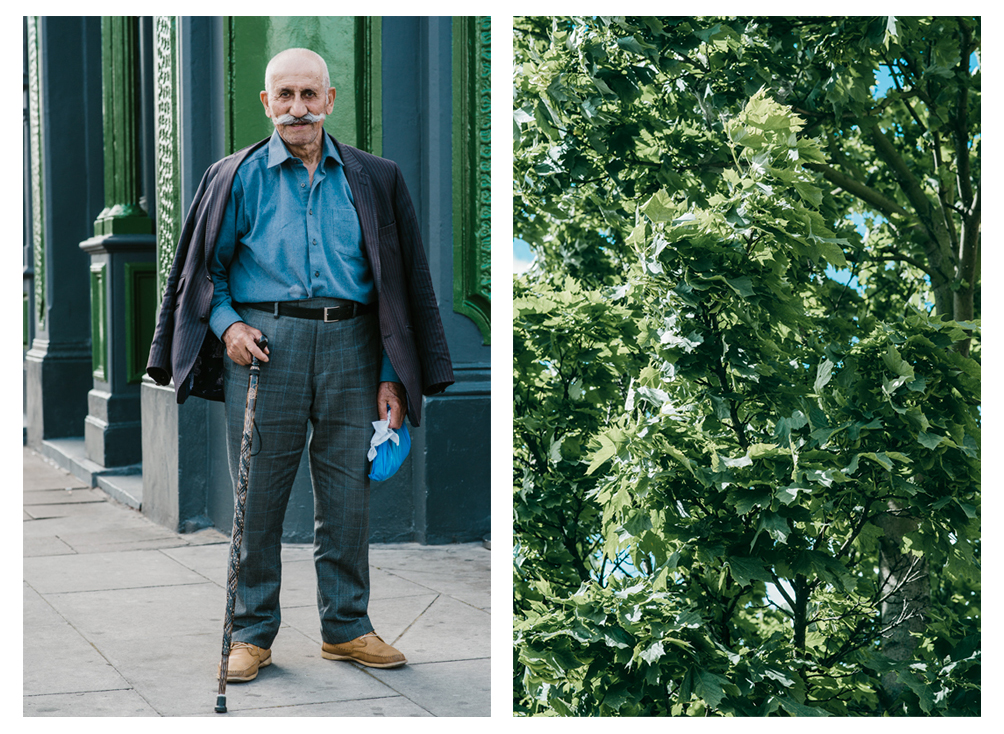 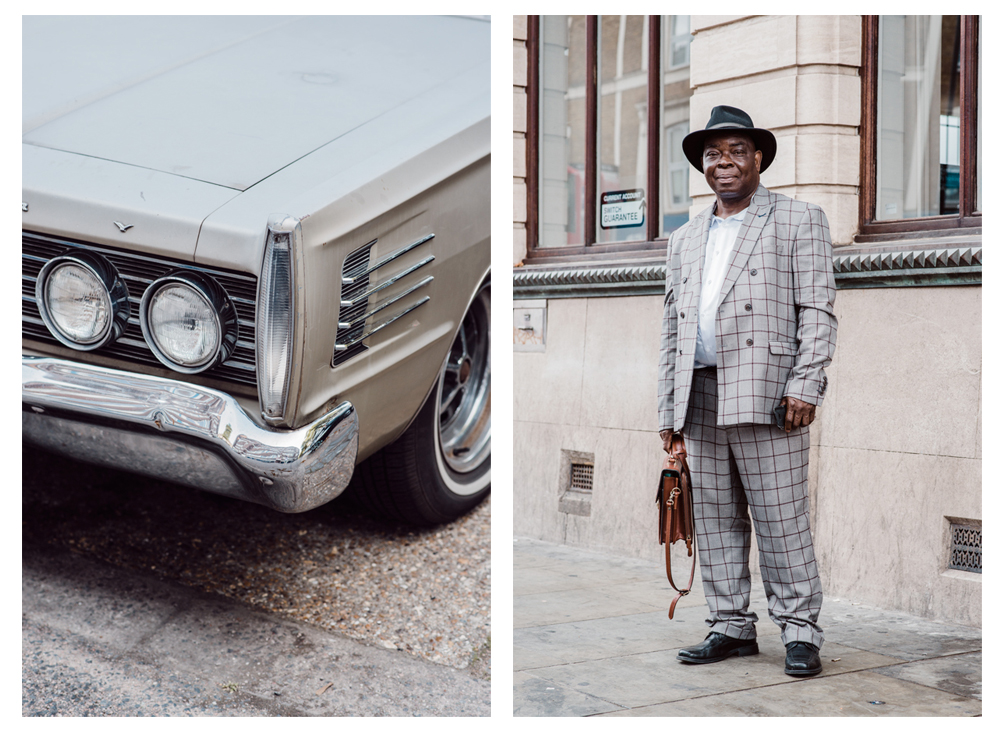 See more of Alistair Redding’s work on his official website.

Linkedin
RELATED ARTICLES
OTHER ARTICLES
Photographer Bud Glick recounts documenting everyday life in the area, and what it taught him about the Chinese immigrant experience.
In the latest instalment of Photographers in Conversation, the creator talks portraiture, platforms and taking inspiration from Little Simz.
From the chip shops, to the bingo parlors and burlesque dancers, photographer Mike Coles remembers capturing scenes of holidaymakers by the English coast.
The author discusses her new memoir, which offers a sobering reflection on the racism and otherness she’s experienced along with a joyful celebration of her culinary heritage.
After rewriting the indie rulebook with her devastating songs about romantic longing, the singer-songwriter is now imagining a future in which the artist is no longer a product.
Yesterday, rail workers came together to protest poor pay, working conditions and job cuts in their latest round of strikes.