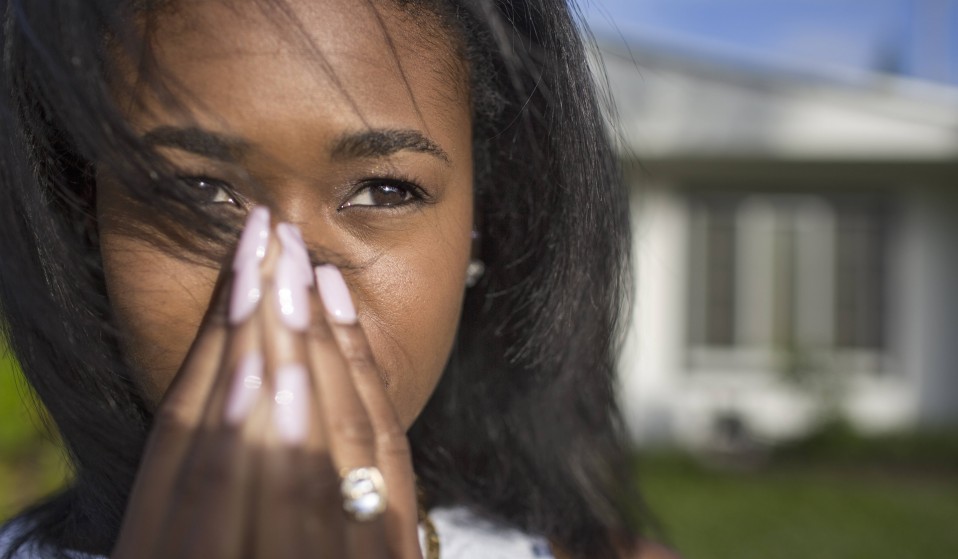 Photographer Kathy Shorr travelled across the US meeting survivors of gun violence and hearing their stories. Now she wants their experiences to matter.

Photographer Kathy Shorr travelled across the US meeting survivors of gun violence and hearing their stories. Now she wants their experiences to matter.

SHOT is a particularly hard art project to digest.

As a series of poignant portraits, the book shares real-life stories of 101 gun violence survivors.

They’re Americans of all ages and socioeconomic backgrounds who have been on the receiving end of bullets fired (accidentally or not) by brothers, estranged husbands, girlfriends, gang members and unknown perpetrators.

Considering they deal with a theme as heavy and traumatic as gun violence, it’s surprising that the feeling behind each image doesn’t seem to be one of sadness.

The photos carry something heavy, yes, but they also offer enough intimacy and trust to elevate the story far beyond a simple documentation of scars, names and stats. 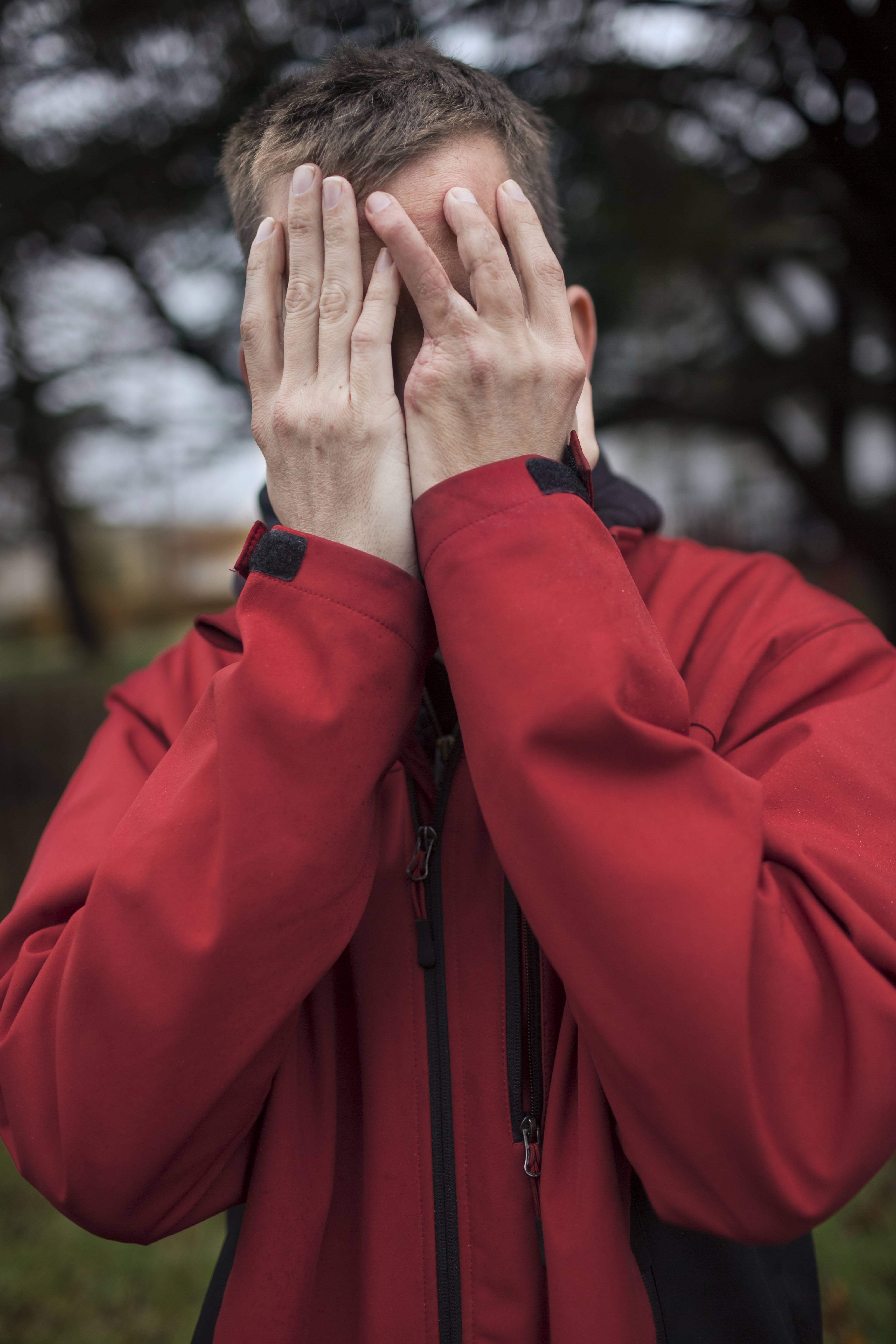 As he sat in his car talking with his ex-girlfriend, Ryan Carney was hit in the hand by a bullet. He lost one finger and remains crippled in two others. (Atlantic City, New Jersey, 2014) 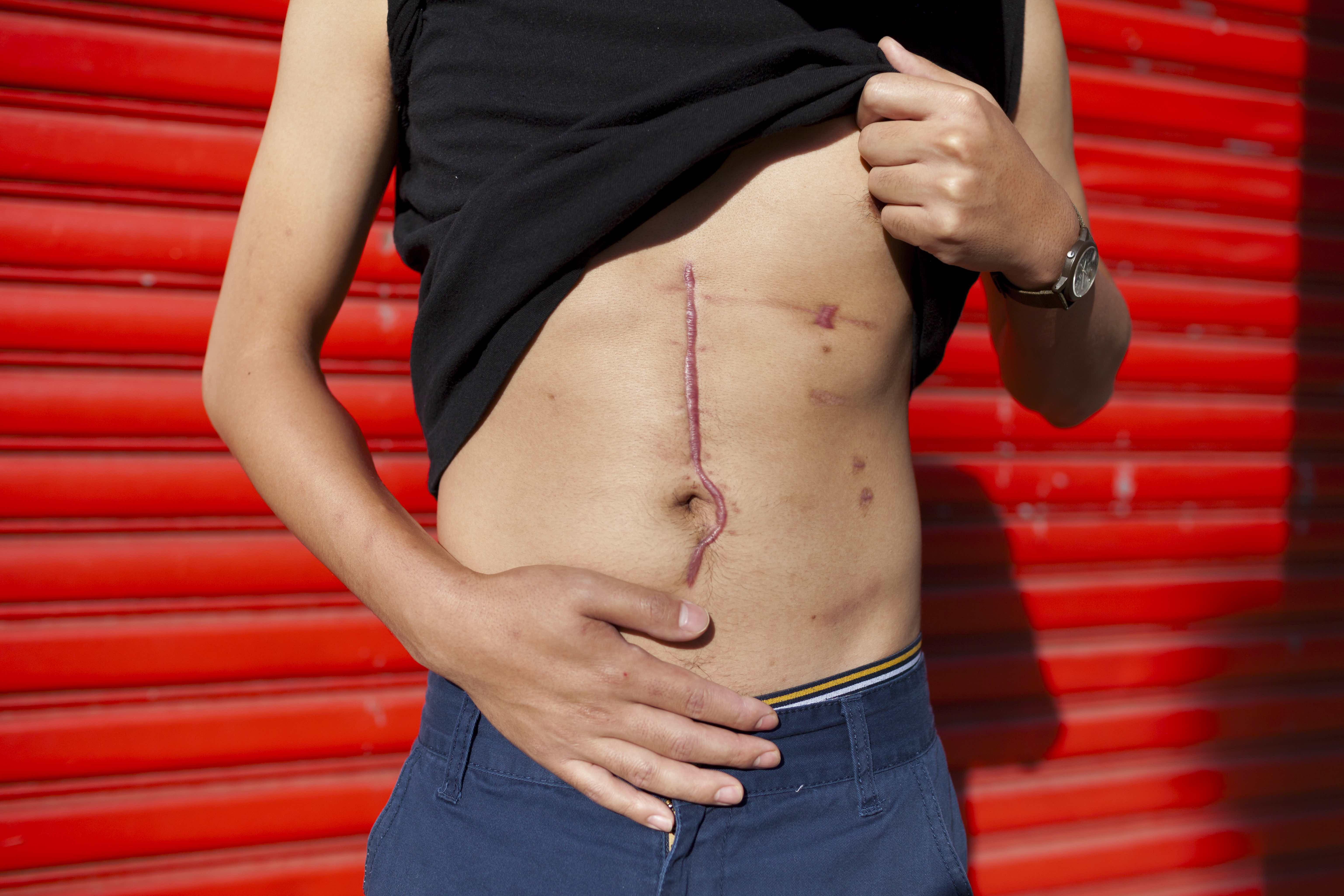 Antonius Wiriadjaja was struck by a random bullet as he walked down a crowded Brooklyn street. The intended target was the ex-girlfriend of the shooter. (Brooklyn, New York, 2013)

The people featured in this series are survivors in the truest sense of the word – and they are depicted as such, evoking the strength, courage and positiveness they’ve shown in the face of trauma.

All of these are encompassed in what photographer Kathy Shorr calls “survivorhood”.

Unfortunately, SHOT began from first-person experience, after Kathy encountered a gun during a home invasion in 2011.

Ever since, their presence has lingered in her life. She saw the presence of gun violence in the pictures being worn around the neck of her high school students: pictures of friends who had been shot and didn’t make it. 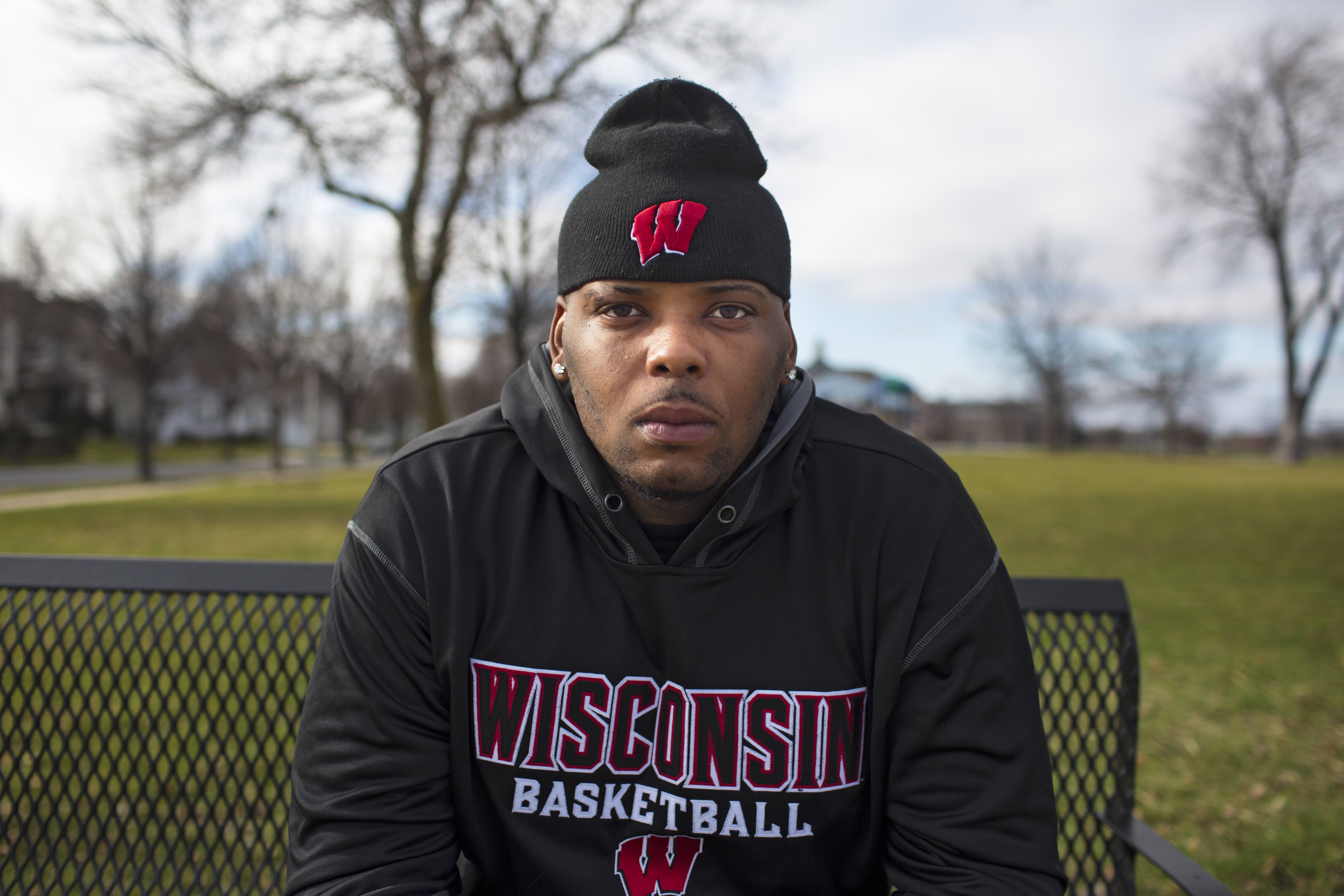 The first time Isiah was shot, he was hit three times – including once in the chest. A group of strangers had pulled up to his car and started firing. The second incident resulted from a dispute between two groups late at night. Isiah was leaving the club and saw some men arguing in a car. Telling his date to go back inside, he started to drive away and was shot in the arm. (Milwaukee, Wisconsin, 2014 and 2015) 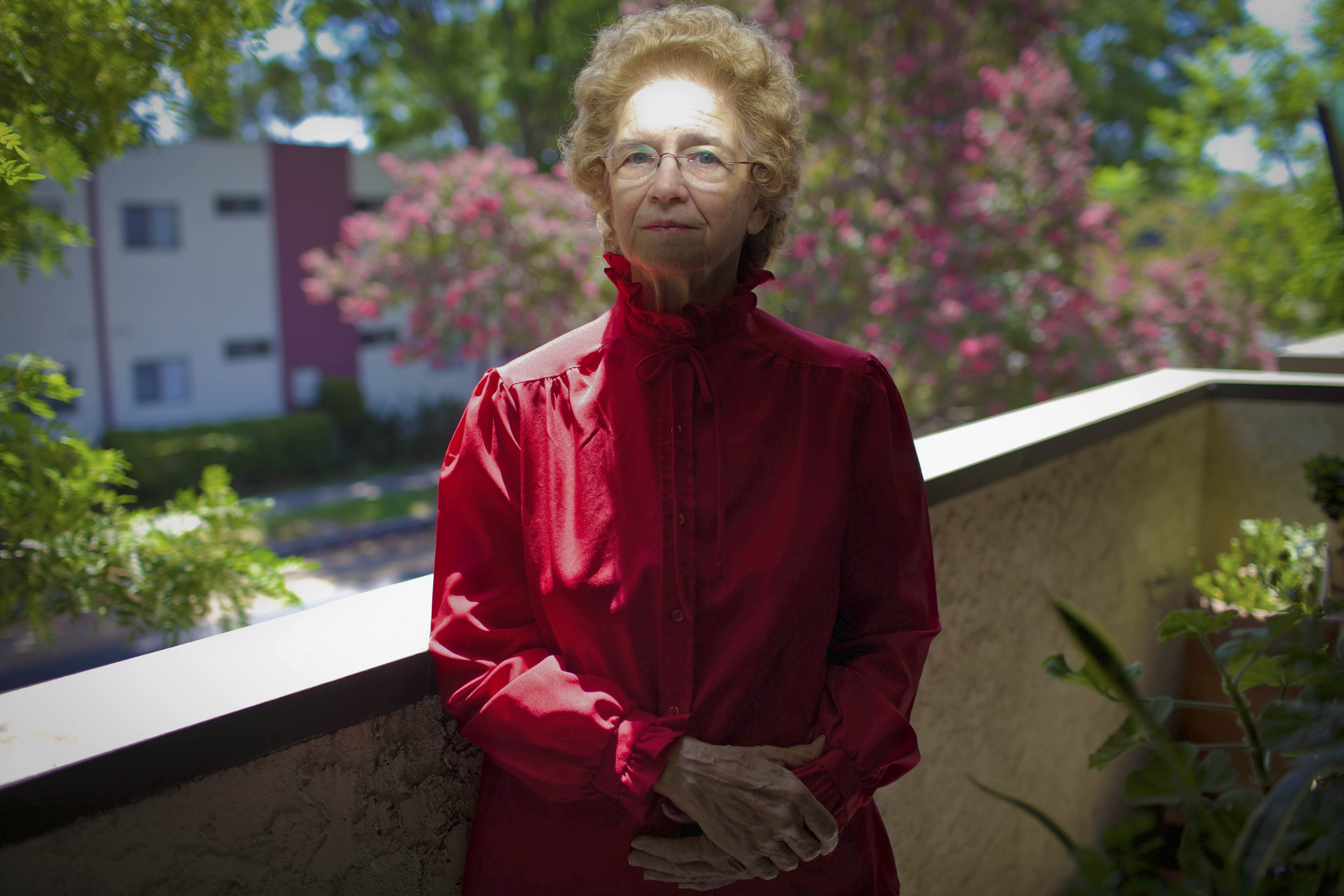 Marlys was shot through the heart by her husband of 41 years. (Canoga Park, California, 1999)

It was then Kathy turned her gaze to those who did survive. Where were their stories? Their voices?

Self-financing and reaching out to subjects through all channels she could find, the photographer went around the US over the course of two years, gathering stories.

Some featured in the book speak of staying alive for someone, while others describe the physical aspect of the pain and blood.

“People were totally open about sharing their stories,” says Kathy. “A sentiment I heard many times from the survivors was that of, ‘If this will help one person not to have to go through what I did, then I will be happy.’” 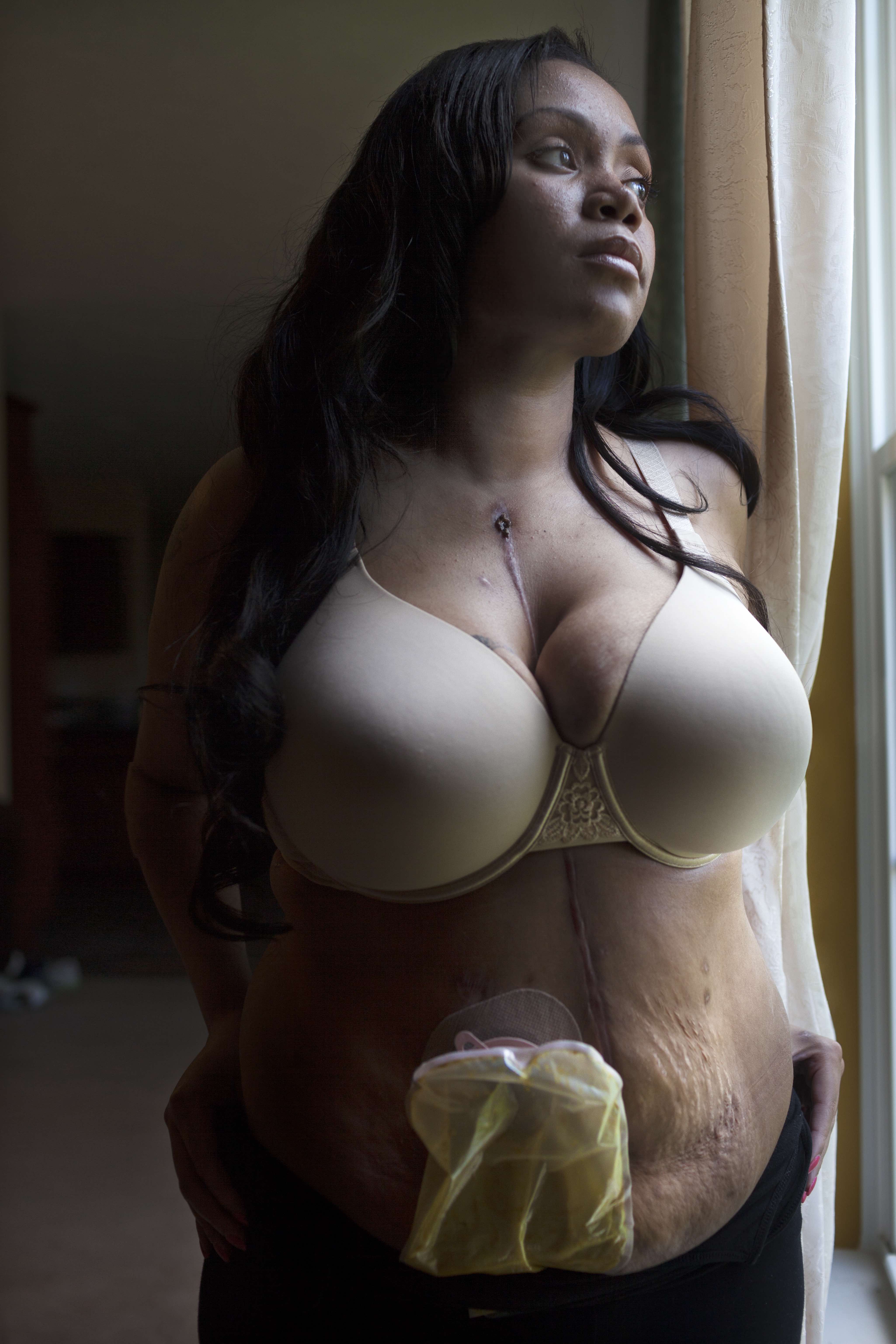 Ambushed by her ex-husband, Shirley was shot as she collected her daughters from nursery school. Her ex-husband used two guns and struck her 14 times. The former military man was released on $25,000 bail. (Indianapolis, Indiana, 2014)

Many of the subjects are pictured standing on the ground they were fired at. The crime scenes are everyday locations that will feel familiar to anyone – a parking lot, the front porch of their own house, a church.

“I felt that if by chance a viewer wasn’t able to identify with one of the diverse group of survivors, surely they would be able to see themselves in these locations,” says Kathy.

But the point of such backgrounds isn’t just to instil empathy – it also proved to be cathartic process for the subjects, almost as an act of defiance.

“Most of the survivors were relieved and desirous to go back to the location: to take back that space and make it theirs.” 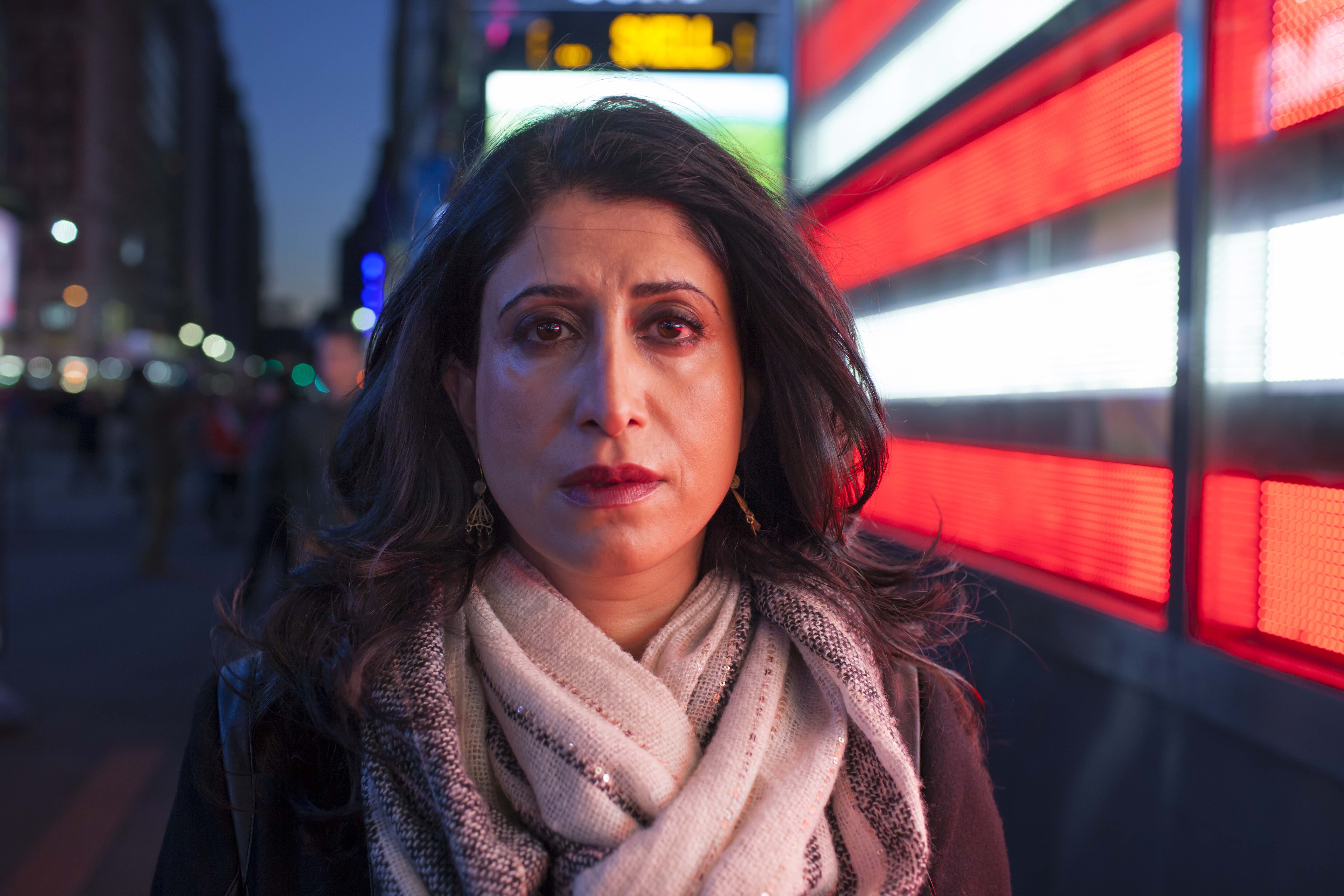 Early one evening Sahar Khoshakhlagh was strolling through Times Square with her cousin when she was hit. A police officer was pursuing someone else when he fired. (Manhattan, New York, 2013) 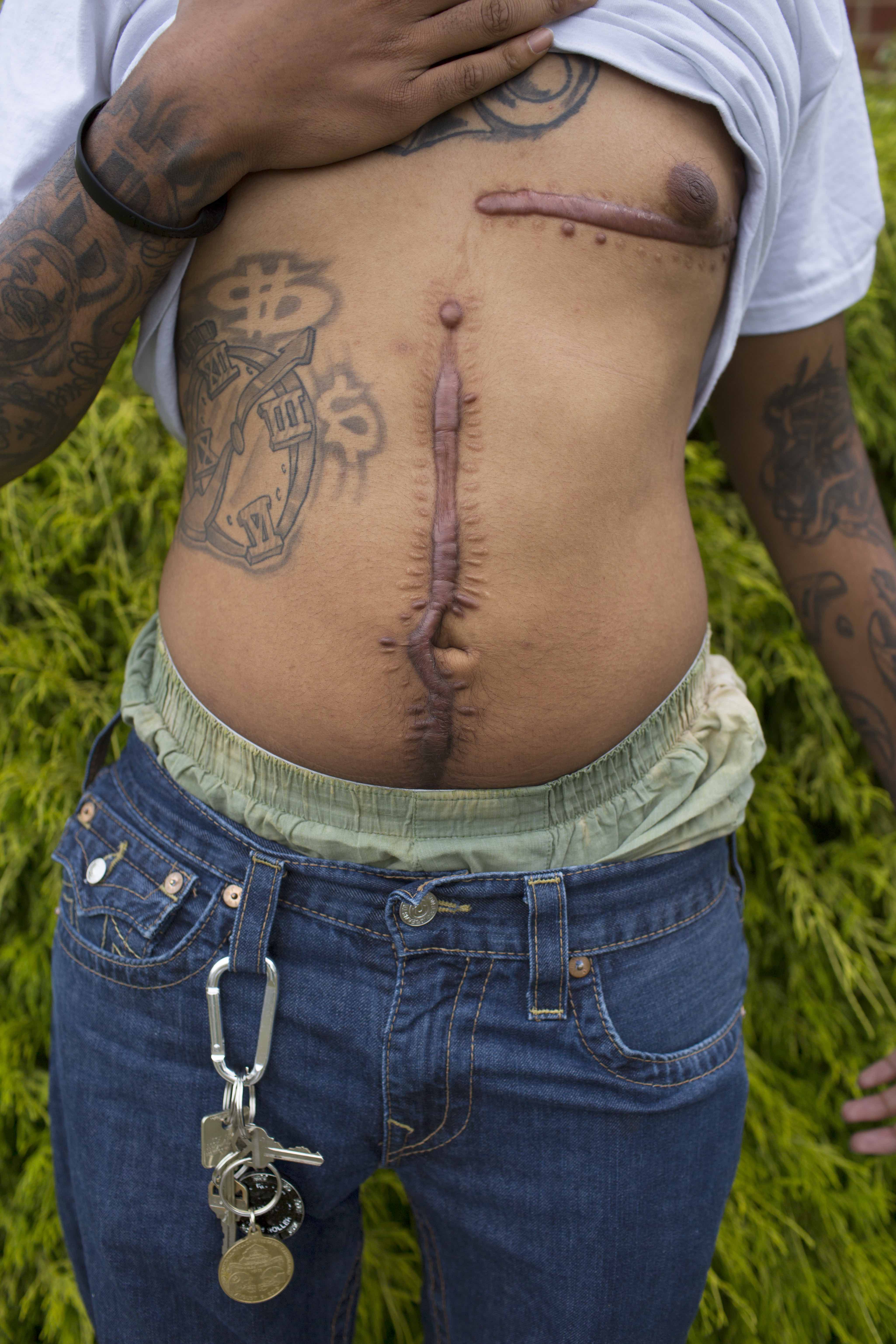 College student Chris was struck four times in his car when a neighborhood acquaintance was trying to rob him. Harris lost a leg from the shooting. (New Castle, Delaware, 2015)

Whether it comes in the form of mass shootings, police violence or accidental fatalities, gun-related incidents are never too far from home in the US.

Out of the victims who lost their lives, over 1,200 were children under the age of 11. Yet when it comes down to legislation, gun control is still an extremely divisive topic. 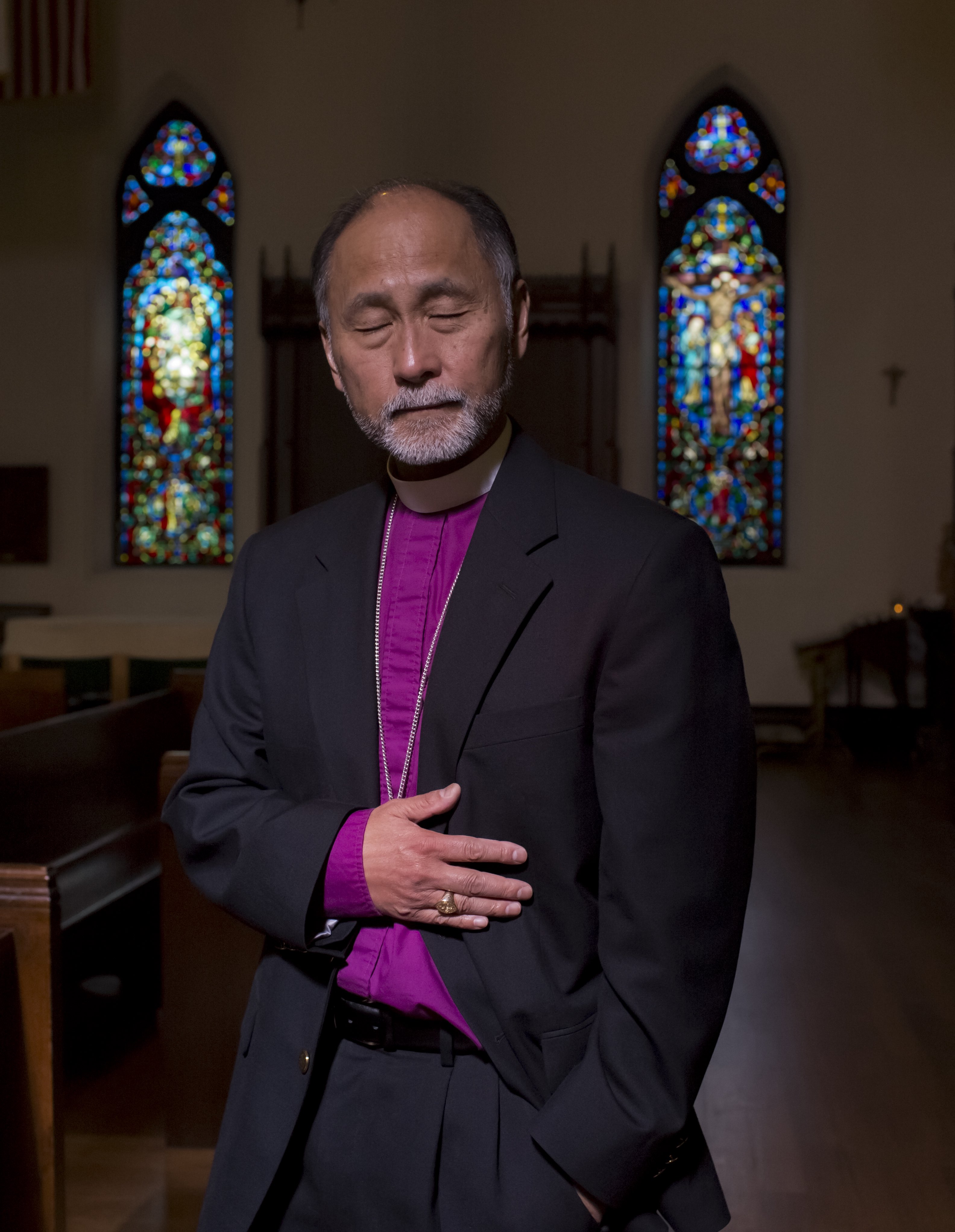 During his freshman year at the University of Washington, Scott worked part-time in a record store. Three robbers entered the store and one of them shouted something. As he turned to the man, the thief fired, hitting him in the abdomen. He is now the Episcopal Bishop of Utah. (Tacoma, Washington, 1972) 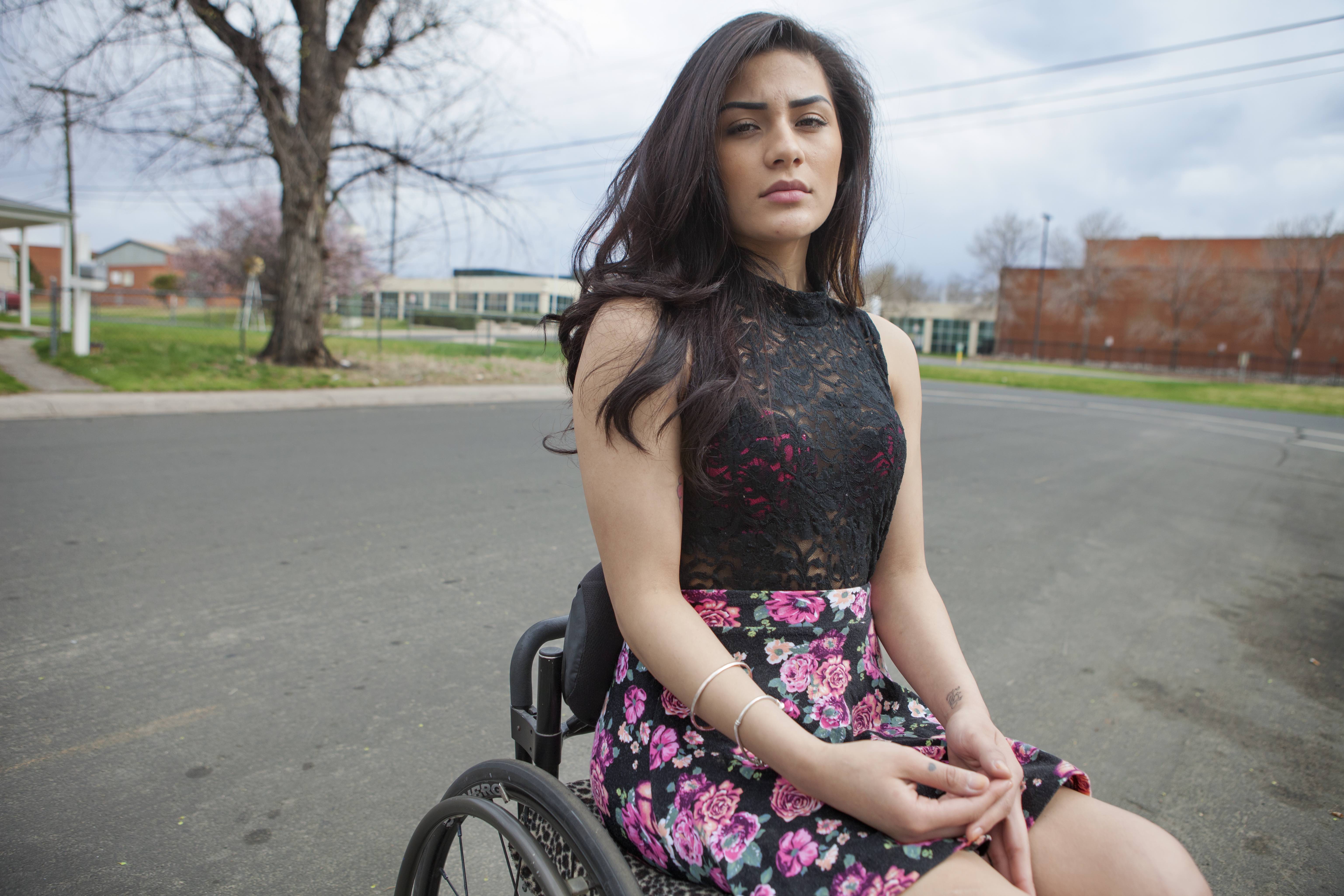 Standing with a group of friends outside of her high school, Karina became the unintended victim of a drive-by shooting fuelled by gang revenge. She was 16. (Aurora, Colorado, 2010)

Kathy is hoping this series will open up the dialogue beyond just preaching. “SHOT is meant to bring people together, so we can begin to talk about this extremely polarising issue. There are many gun owners in the project including an NRA member. Gun owners can get shot too. Most people in America, including gun owners, want responsible gun laws,” she says.

“We have to see this as an issue that has many shades of grey, not something that is just black and white. Compromise is something that civilised people have to do – to listen and empathise with those who have a different view.

“We need to stop talking at each other and start talking to each other. Lobbyists and big business interests have made this an extreme subject that preys on peoples fears.”

Linkedin
RELATED ARTICLES
OTHER ARTICLES
Activists and campaigners are fighting back against new laws that would seriously undermine the ability to take industrial action, calling it an attack on fundamental workers' rights.
Photographer Becky Tyrell went down to the fading banger and stock raceway to meet a community desperate to keep it alive.
Filmmaker Laura Poitras discusses her new documentary which traces the remarkable life of the artist-activist and the impact of her battle against the US opioid crisis.
A new film from Berghaus traces the story of Adam Raja, who left behind a turbulent upbringing to discover the healing power of climbing.
As she gears up for the release of her first book, the 24-year-old climate activist talks standing up to authority and building a more inclusive movement.
The action took place in response to the 200 asylum-seeking children who were placed in hotels run by the Home Office who have gone missing.