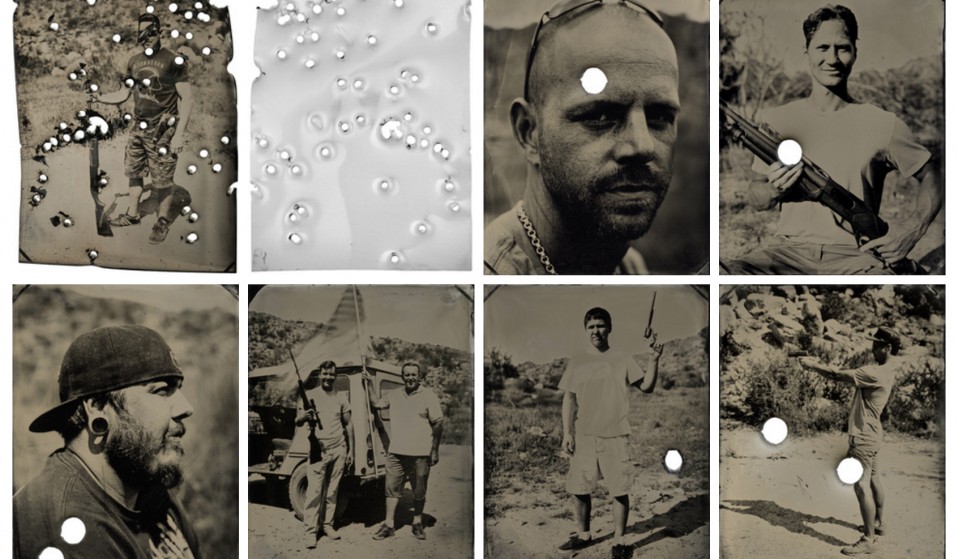 Photographer Kari Wehrs confronted her fear of guns by going into the Arizona desert and questioning strangers' need for firearms.

Kari Wehrs confronted her fear of firearms by going into the Arizona desert and questioning strangers' need to arm themselves, uncovering stories of cherished tradition and self-protection in the process.

In a bid to understand gun culture, photographer Kari Wehrs began setting up her camera gear at known target shooting locations in the Arizona desert.

She’d approach people, ask if they’d be willing to have their portrait taken in tintype – a form of photography dating back to the 1850s – and then use it for target practice.

As a kid, Kari would pore over her grandmother’s photo albums from the 19th century and see them as mesmerising time capsules. 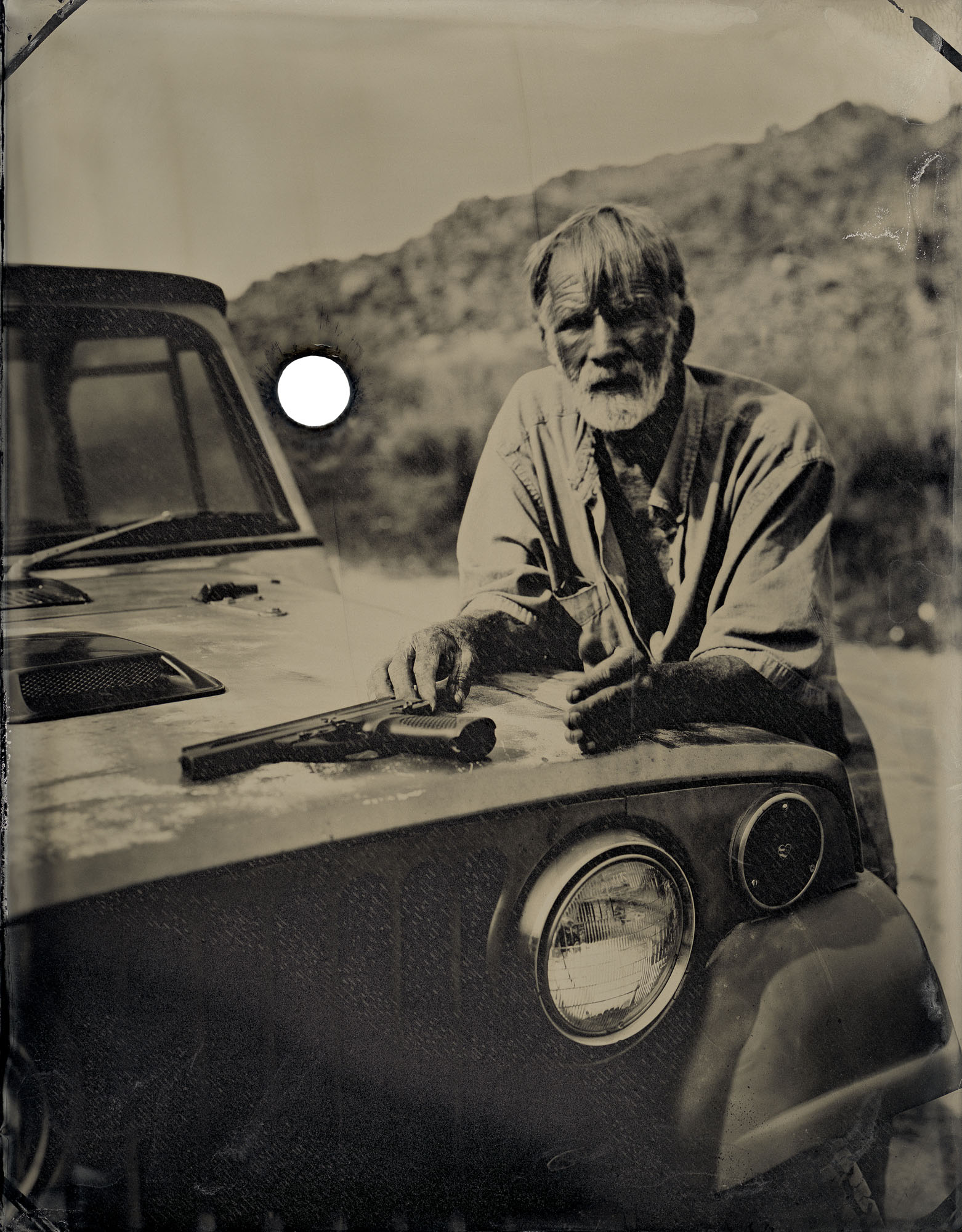 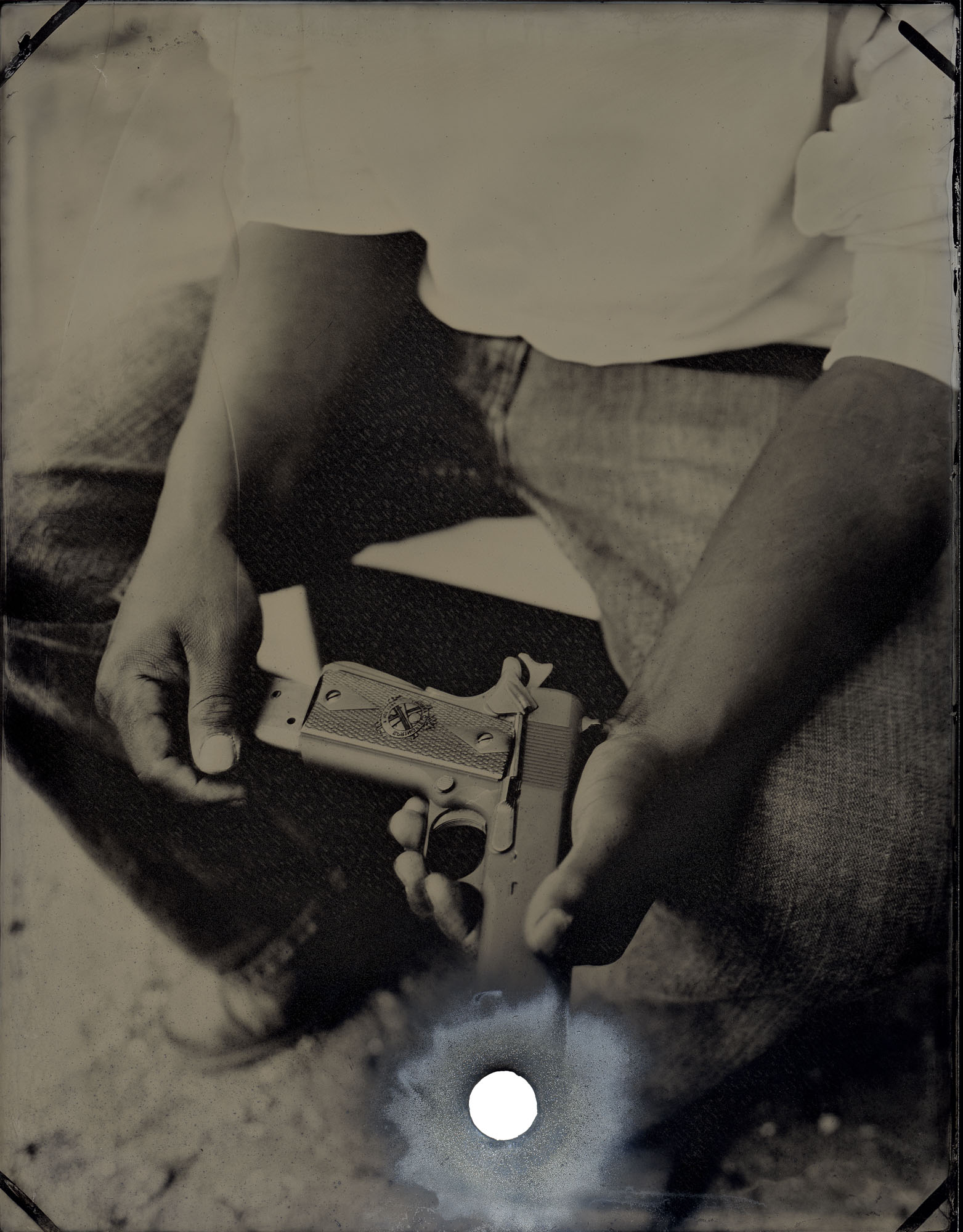 By taking the photo process of that era – one when the US was divided by geography and ideology – and applying to it the present, she had a sense that it might say something about the current climate of mass shootings.

Speaking after a spate of weekend fatalities that pushed the number of gun victims to nearly 2,300 this year, Kari – who’s from Minnesota but attending Arizona State University for her MFA in photography – opened up about her award-winning project, Shot.

What inspired you to do this?
Largely curiosity and fear. A few things happened where I was really affected by the idea of the gun. The biggest was a family member telling me that she wanted to start carrying one. I was angry.

But then I realised just how much I cared about this topic, which is so relevant right now. It’s almost like you can’t help be political when you talk about the idea of the gun and I wanted to investigate that. It felt like, ‘This is something I’m afraid of and I’m going to walk right into it.’ 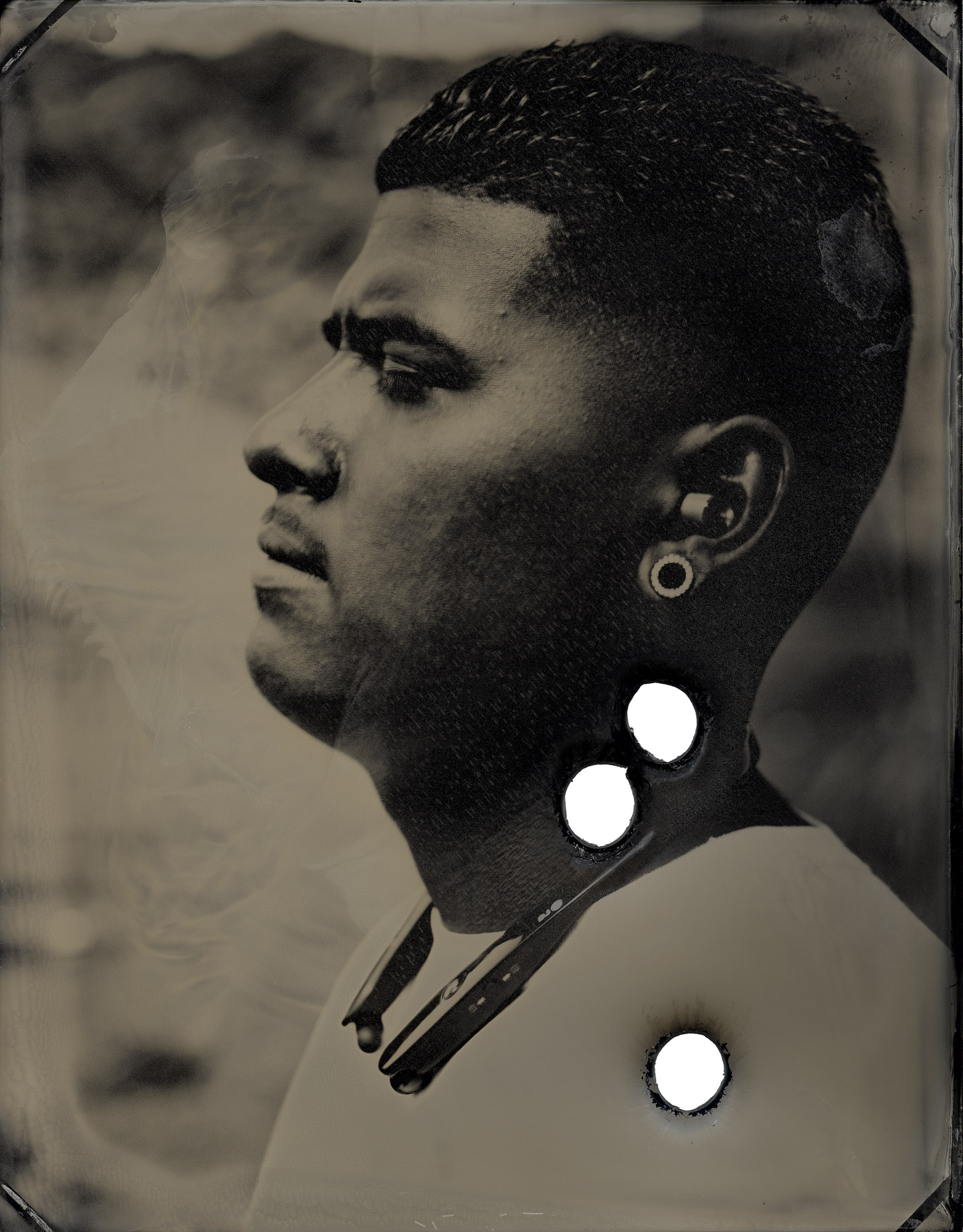 What part of it frightens you the most?
I think more and more people are buying into the idea of gun ownership as a way of protecting themselves from others with guns. It’s a cycle that just doesn’t make sense. The gun itself is really a symbol of fear, in a lot of ways.

You’ve used a medium that dates back centuries. Is the idea behind this project to suggest that not much has changed in that time?
That’s kind of what I realised: we’re always going to have our problems. I understand that. But we’re also so polarised that I really wanted the work to read positively, in a sense, from anyone’s perspective. Those who love the gun look at as a point of pride.

Then someone who approaches the project, like I do, reads into the psychology of someone shooting their own likeness. With a topic that’s so politically charged and relevant today, I want to make the work so open that people aren’t instantly like, ‘I don’t want to think about it’ – because that’s the opposite of my goal. 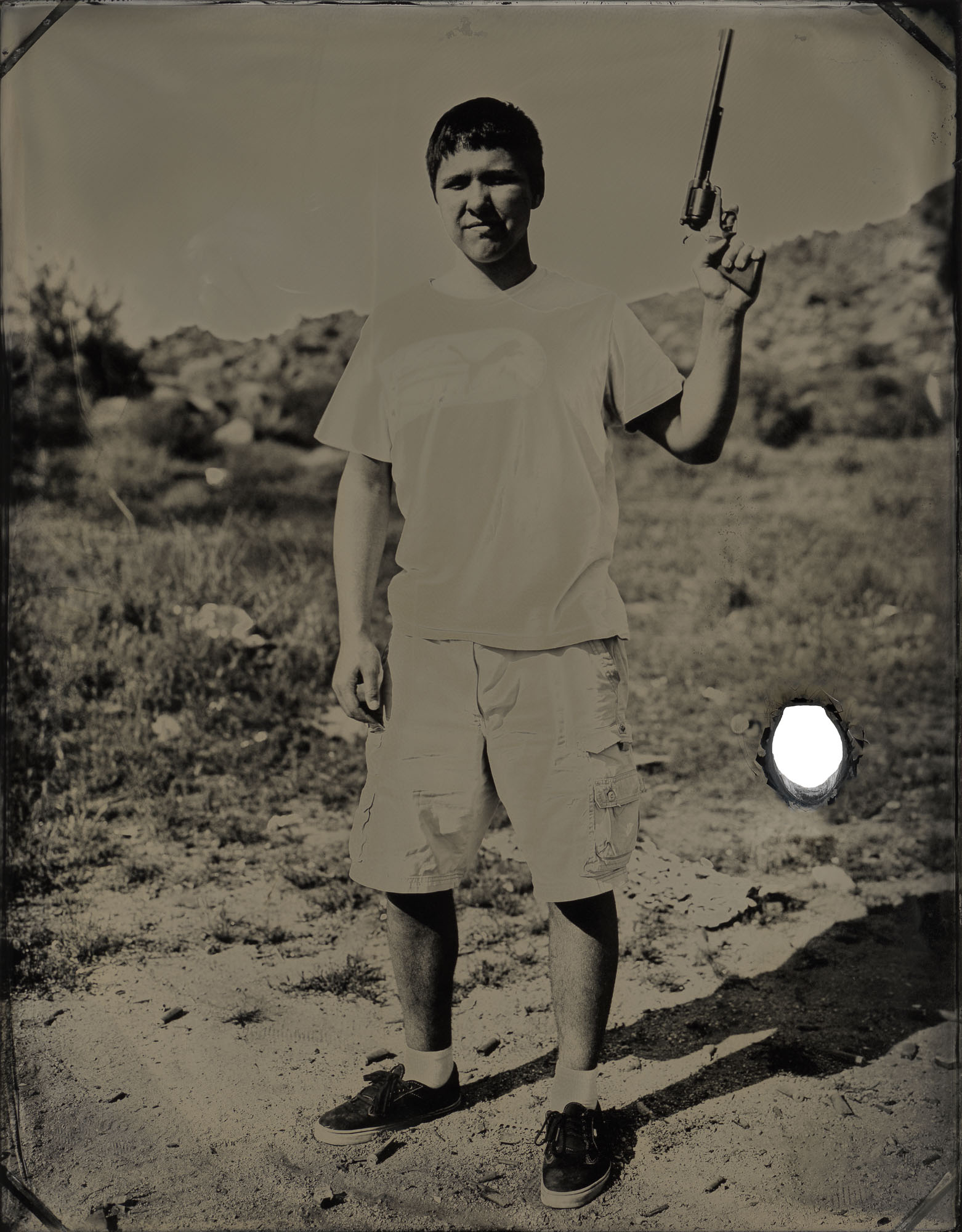 What was it like being on the shooting range and convincing total strangers to participate?
I would set up my darkroom tent – there’s a lot of gear and chemicals – so usually people would see me from a distance. I would have a friend with me too. But I would basically walk up, introduce myself as a student working on a project about gun culture, then see where the conversation would go.

In almost all cases, within five or 10 minutes, we would be talking about our own beliefs about the gun. I was surprised how easy it was to share my fears about it with people I’d just met – people who clearly are very different than myself.

I would show them an example and talk them through the process – it’s a bit like an 1850s Polaroid – then at the end I would ask them if they’d be willing to use it as a target. Some would say, ‘Oh, you want me to shoot myself.’ They’d have that thought cross their mind and still say yes.

Some of them saw it as a game and would try to shoot the target in creative ways, so I left that part of it develop organically. There were no rules. I just wanted to see what would happen out there. The people who really didn’t want to do it were just as much part of that process. 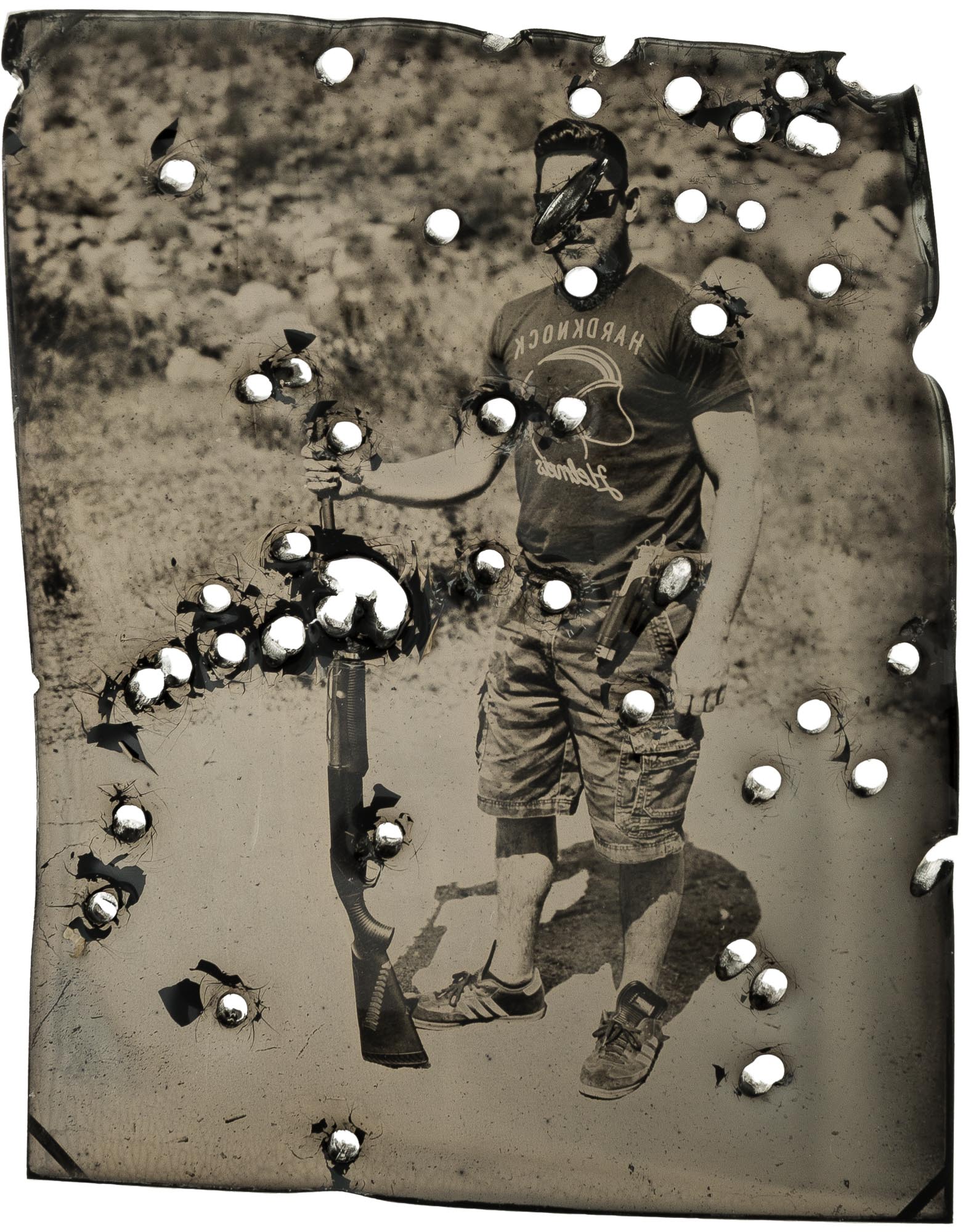 In terms of their reasoning for gun ownership, was it ever anything more than self-protection? What did they have to say about mass shootings and the epidemic of violence?
There were a lot of different stories, some bizarre and some not surprising at all. I had one person tell me about coming home to their house being robbed. The people doing it actually had wooden guns because if you’re caught in a robbery with a real one, the penalty is much more severe.

But this gentleman had time to run and get one of his own guns, which scared these people away. He said that afterwards all it made him do was buy more guns.

A lot of people related their love of guns to something that had been passed down as a family tradition. One guy in his early twenties said he’d been shooting in a lot of video games and that in Arizona he could “make it real”. He’d been out there less than two weeks and had no gun safety classes or anything.

[Arizona gun control laws are among the least-restrictive in the US, as anyone over 21 may carry a weapon openly or concealed without the need for a license.] 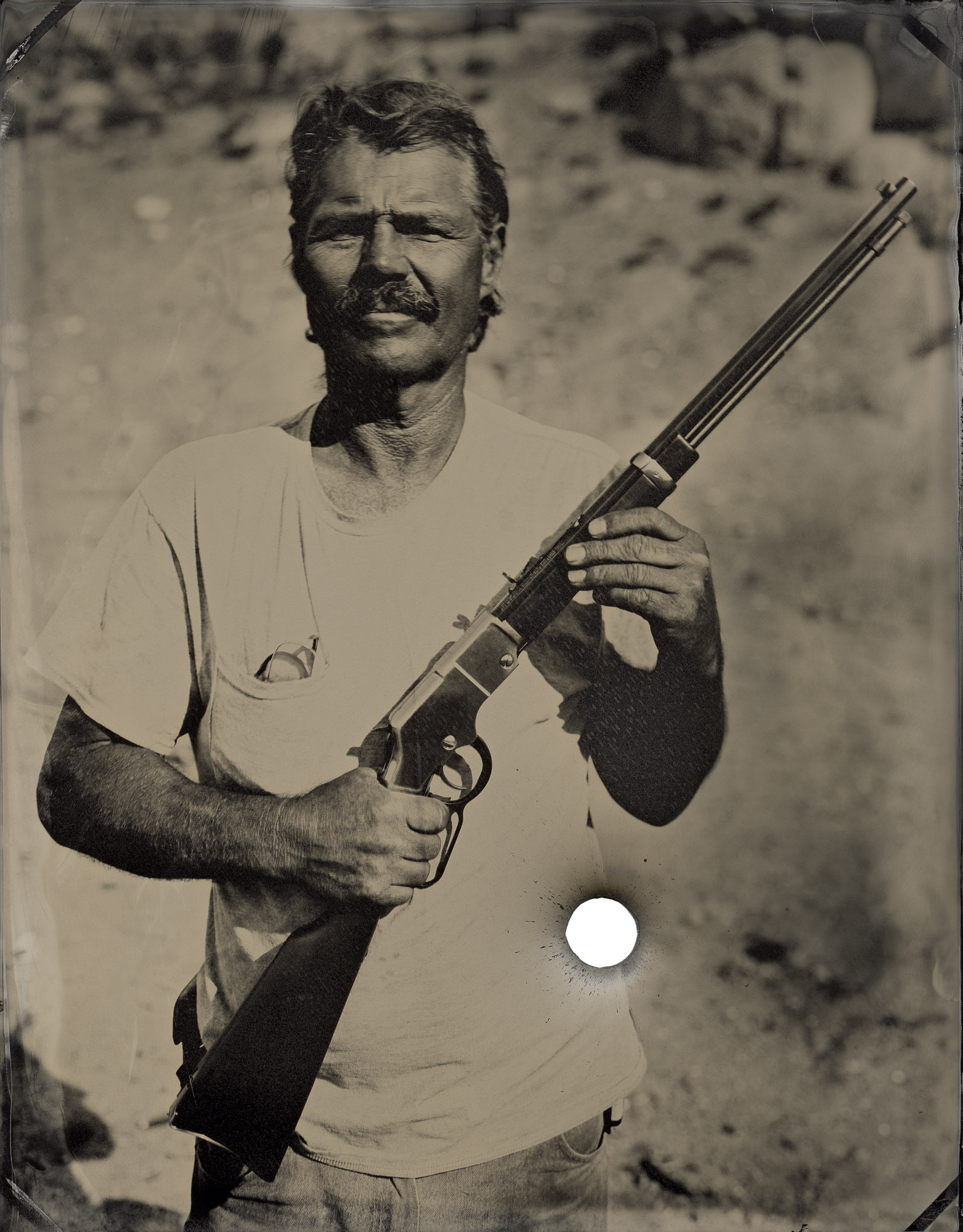 You mentioned the tradition of the gun in the US… Do you think it’s such an inherent part of the country’s history that it will always remain prominent?
Speaking personally, we have undeniable problems with it but I think it’s always going to be there.

I would never go to the extreme of taking everything away from people and I don’t think our country will ever do that. But there needs to be more regulations because people who are responsible gun owners are totally willing to go through that process.

But to directly answer your question, I had one guy who – as soon as I said, ‘Hi, I’m working on a project about gun culture’ – replied, ‘Well, gun culture is American culture.’

That really stuck with me. I think that says a lot about the complexity of layers around this topic. The gun is so intertwined with this country and with the idea of freedom… I think we like to make it a left or right issue and that if you fall slightly either side of the centre, you’re automatically pushed to one of those ends. But that’s just not the truth.

There are a million varieties of people on that spectrum. I’m just trying to sort it all out and understand those relationships through the work. 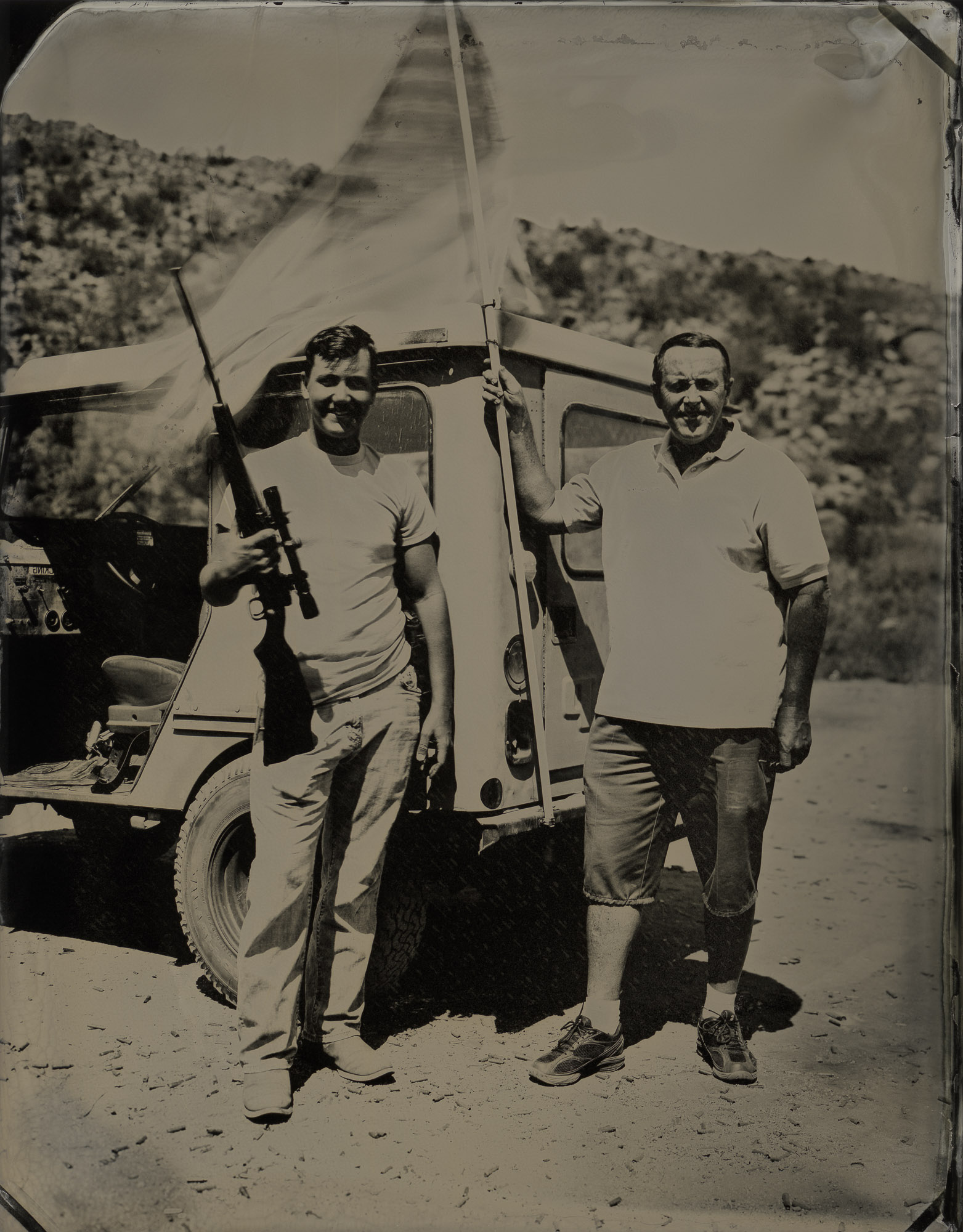 Kari was a winner of the Student Spotlight award in the Magnum and LensCulture Photography Awards 2016.

You can check out more of Kari’s work on her website.

Linkedin
RELATED ARTICLES
OTHER ARTICLES
Photographer Becky Tyrell went down to the fading banger and stock raceway to meet a community desperate to keep it alive.
Activists and campaigners are fighting back against new laws that would seriously undermine the ability to take industrial action, calling it an attack on fundamental workers' rights.
As she gears up for the release of her first book, the 24-year-old climate activist talks standing up to authority and building a more inclusive movement.
At his West Bank restaurant, Fadi Kattan established himself as the voice of modern Palestinian cuisine. Now, he’s bringing his innovative, bold flavours to the UK’s capital.
The action took place in response to the 200 asylum-seeking children who were placed in hotels run by the Home Office who have gone missing.
After blocking the Scottish government’s gender recognition reform bill, Westminster is now devising further changes to the law to make it harder for trans people to self-identify.