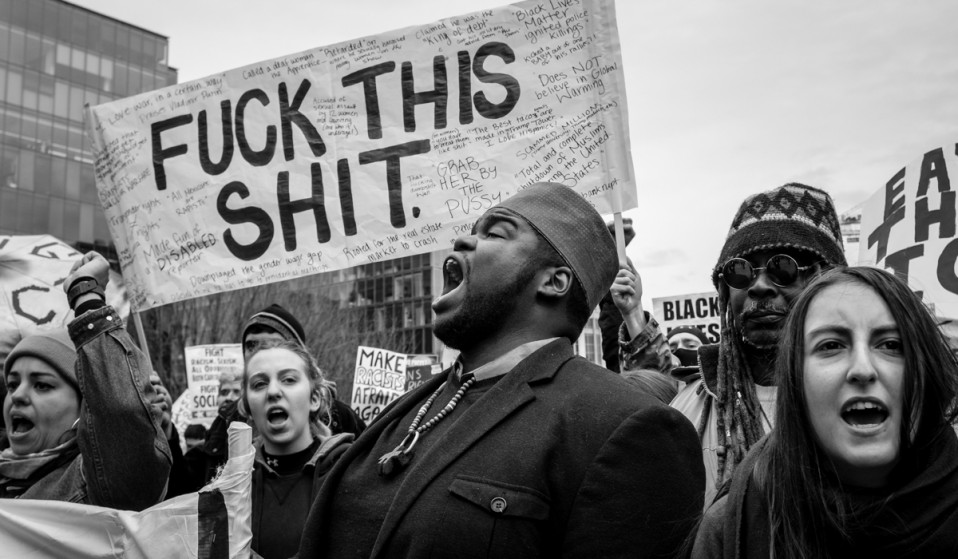 War veteran Michael A. McCoy initially turned to photography as a way of coping with Post Traumatic Stress Disorder – since then, he’s shot some of the most significant protests in US history. Here, he shares his advice for young activists.

War veteran Michael A. McCoy initially turned to photography as a way of coping with Post Traumatic Stress Disorder – since then, he’s shot some of the most significant protests in US history. Here, he shares his advice for young activists.

After completing two tours of duty in Iraq in 2008, U.S. Army combat veteran Michael A. McCoy turned to turned to photography as a therapeutic tool to deal with the horrors of Post Traumatic Stress Disorder. With a camera in his hands, McCoy could escape from the memories of being inside a war zone as photography enabled him to be full present in the moment, bare witness, and share his story with the world.

The 2014 death of Mike Brown at the hands of Ferguson police officer Darren Wilson changed everything. The protests that raged across the city sparked a movement against police brutality and the killing of black men, women, and children at the hands of law enforcement officials. For McCoy, Ferguson was the moment of truth.

“I started photographing protests because I wanted to start documenting history,” he explains. “I realized that I could use my camera as a tool and amplify the issues affecting myself and my community that need to be heard. I could have been Mike Brown, Freddie Gray, Trayvon Martin, or Eric Garner.”

His experiences in combat have prepared him for the battles on our streets, and he is invested in sharing this knowledge with the emerging generation of youth activists. Here, McCoy shares six tips for aspiring protest photographers. 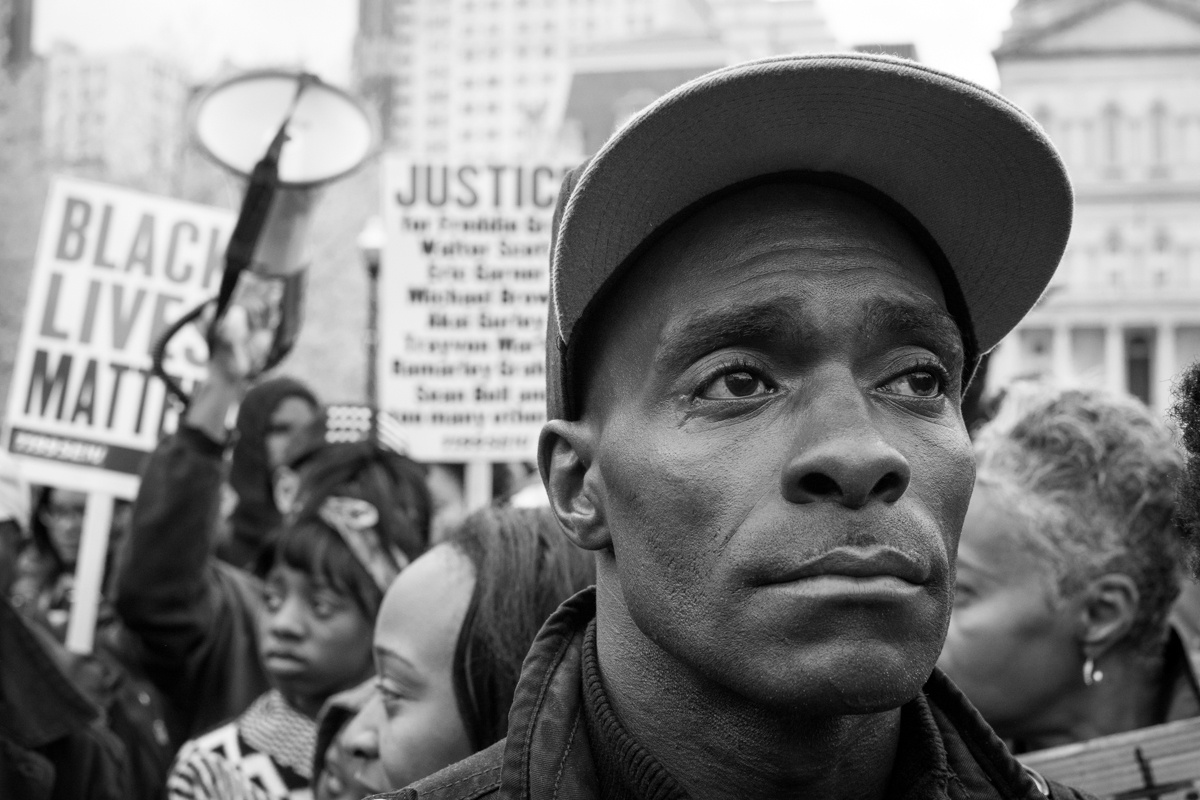 Bring pens and paper, voice recorder, or use cell phone to take notes. Also pack water and snacks, a fully charged cell phone, camera batteries, and portable phone charger. Women should bring a pee cup. Take camera equipment appropriate to the situation but try to pack light. It’s better not to be carrying weight in case something pops off and you have to exit quickly.

Have a travel partner and set up rally points to create accountability. This helps you to avoid getting lost, losing power, or getting caught in some sort of emergency. 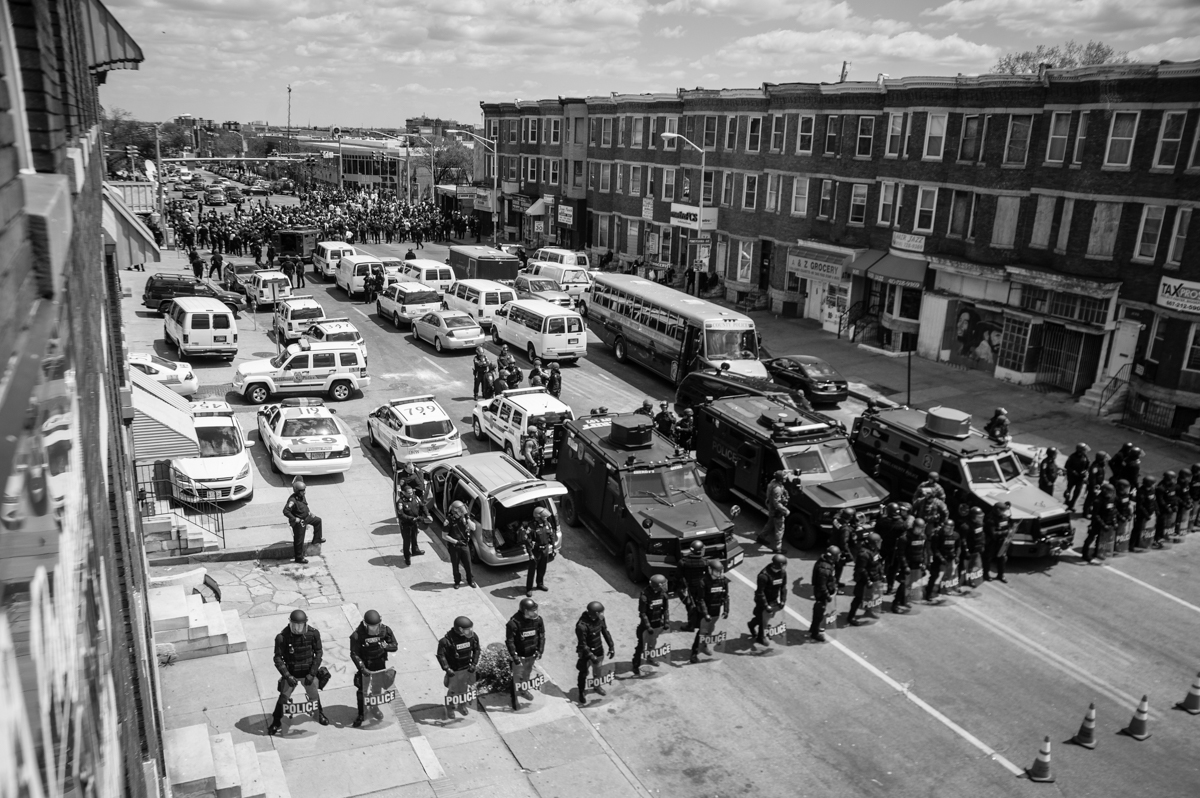 Know the area. Have an exit point in case shit hits the fan. Come early and leave late so you can document people preparing before the protest and having conversations afterwards.

Photograph both sides of the story. Cover as much contextual ground as possible. Capture the emotion and significance of a scene to create an iconic photo. Good subject, composition, environment, and emotion will create a great photograph. 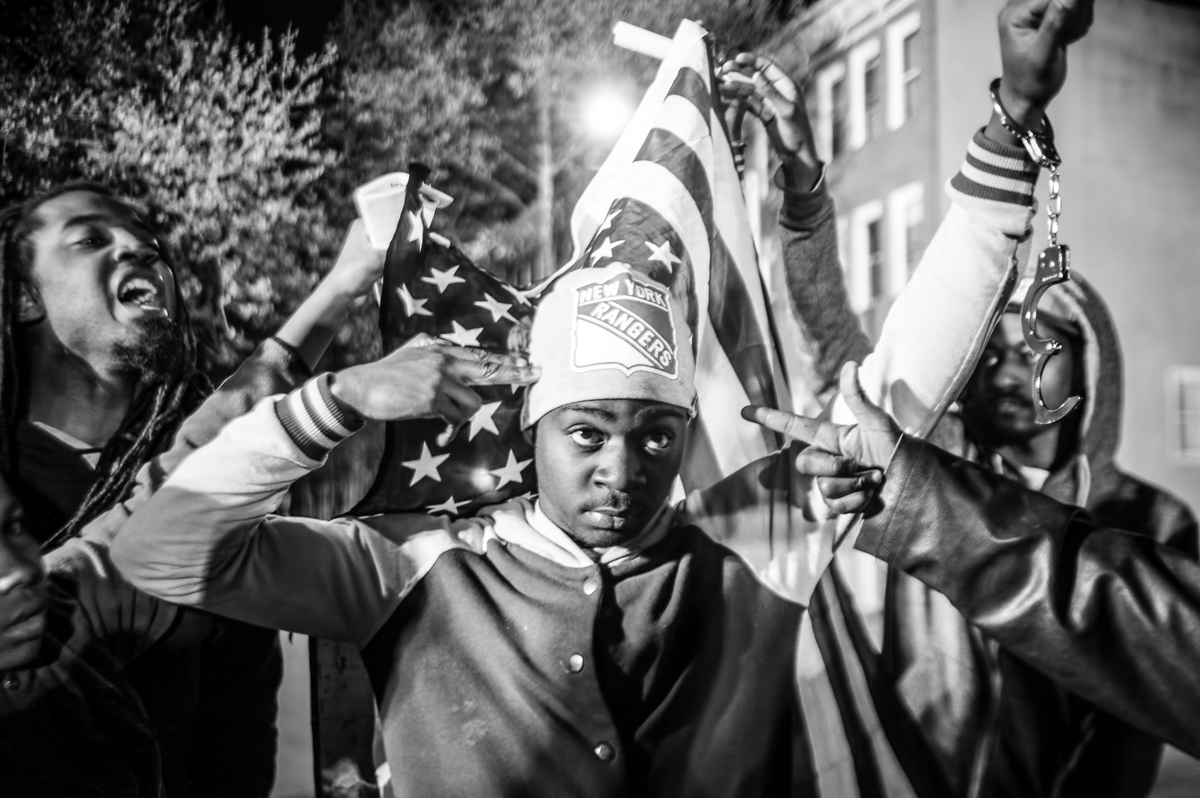 Always stay alert to the police. Watch your surroundings. Stand close to police radios so you know what’s going on. Know your rights but obey the orders of the police even if it is disrespectful and inhumane. Make sure to get their badge number in case you need to file a report afterwards.

HARNESS THE POWER OF SOCIAL MEDIA

If possible use a Wifi camera and Wifi memory cards to get your photos onto social media as quickly as possible in order to tell the story and spread the news. You never know who is looking and you might have a Devin Allen Instagram moment. 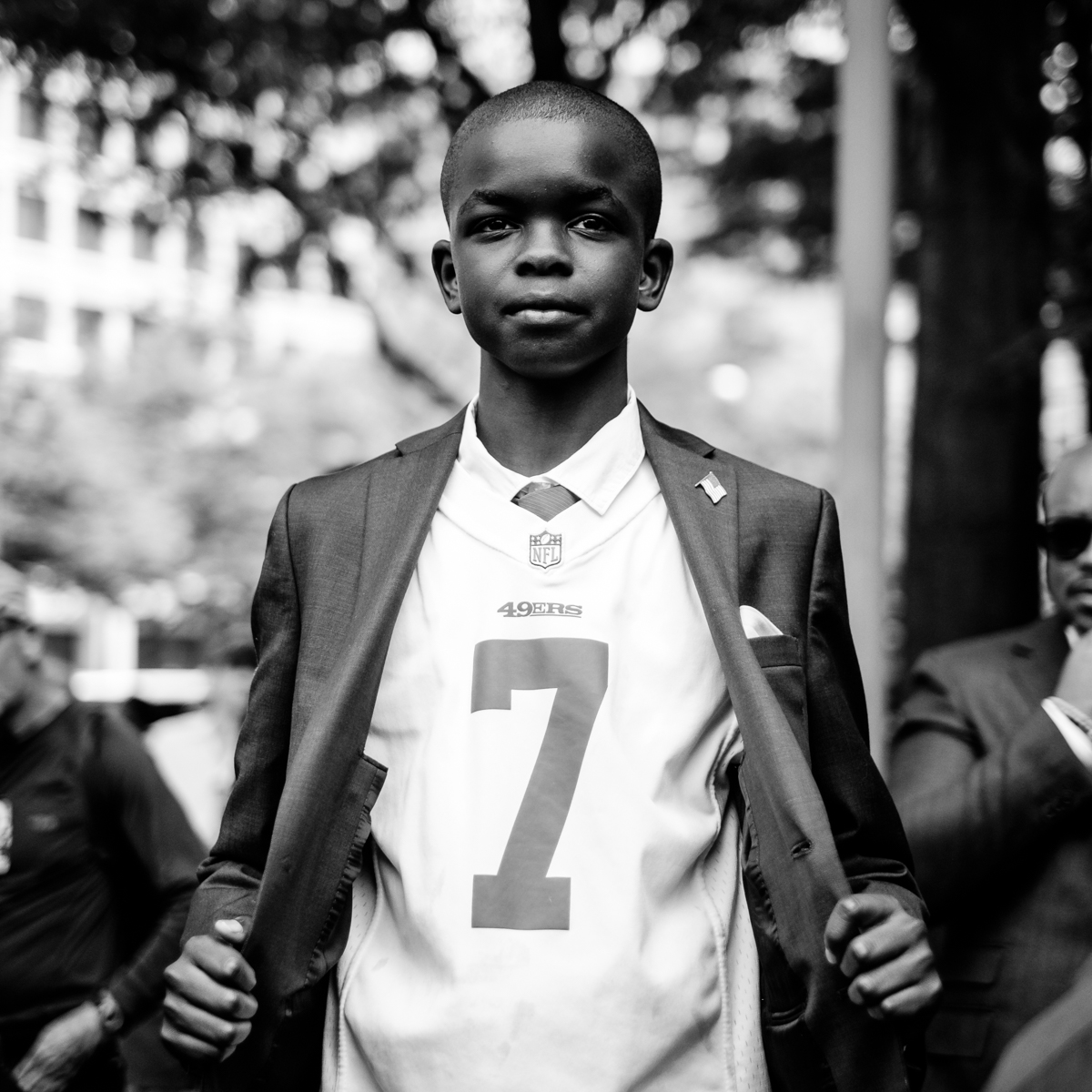 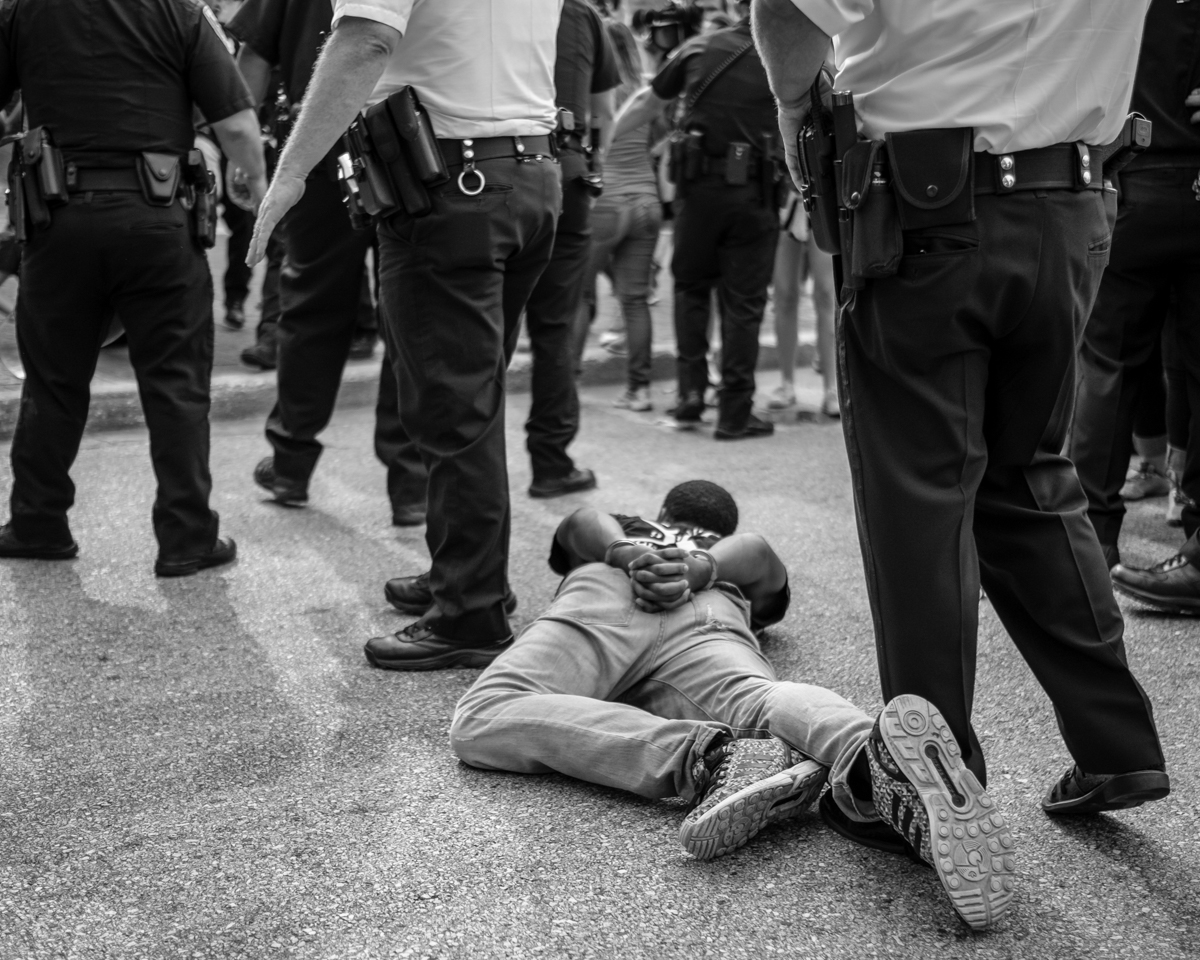 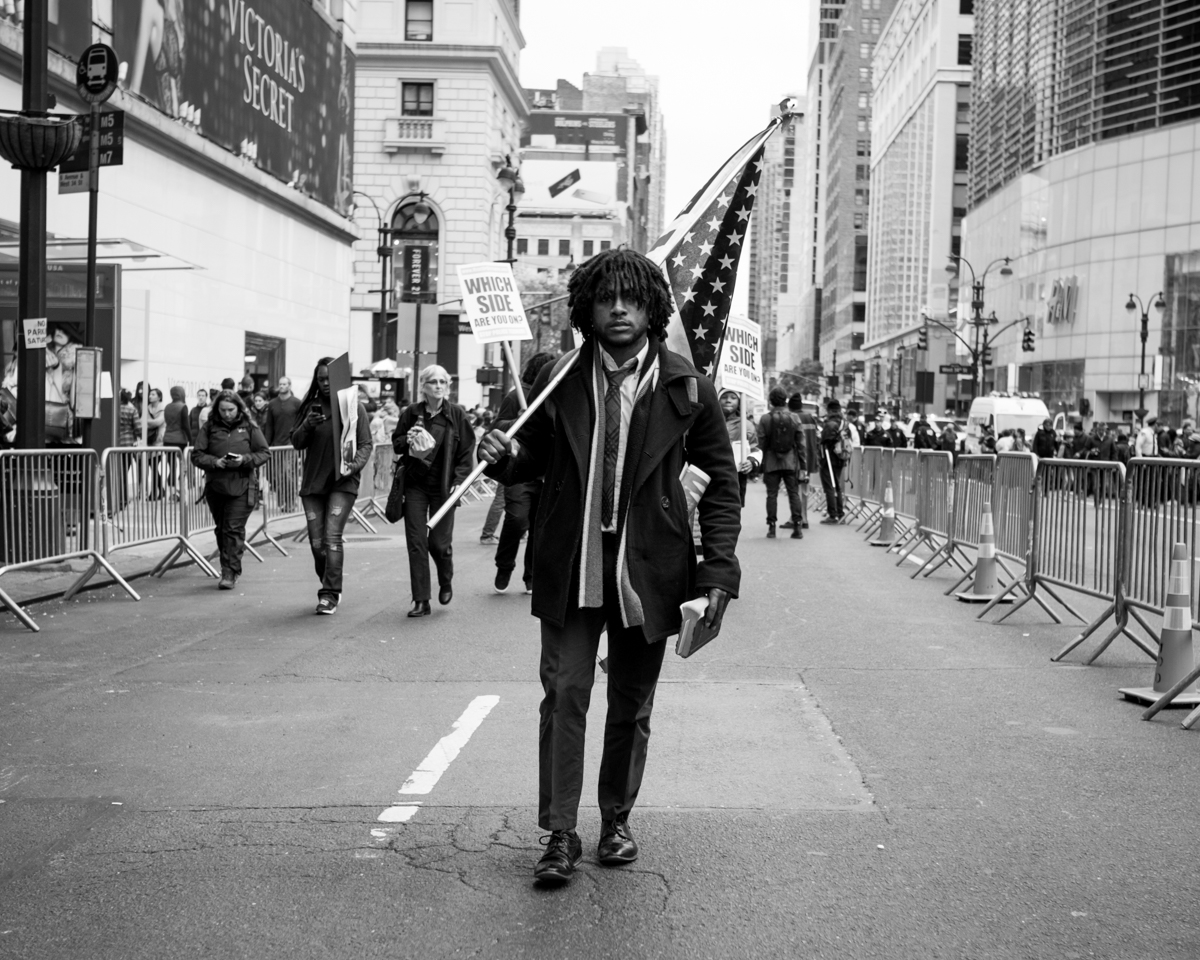 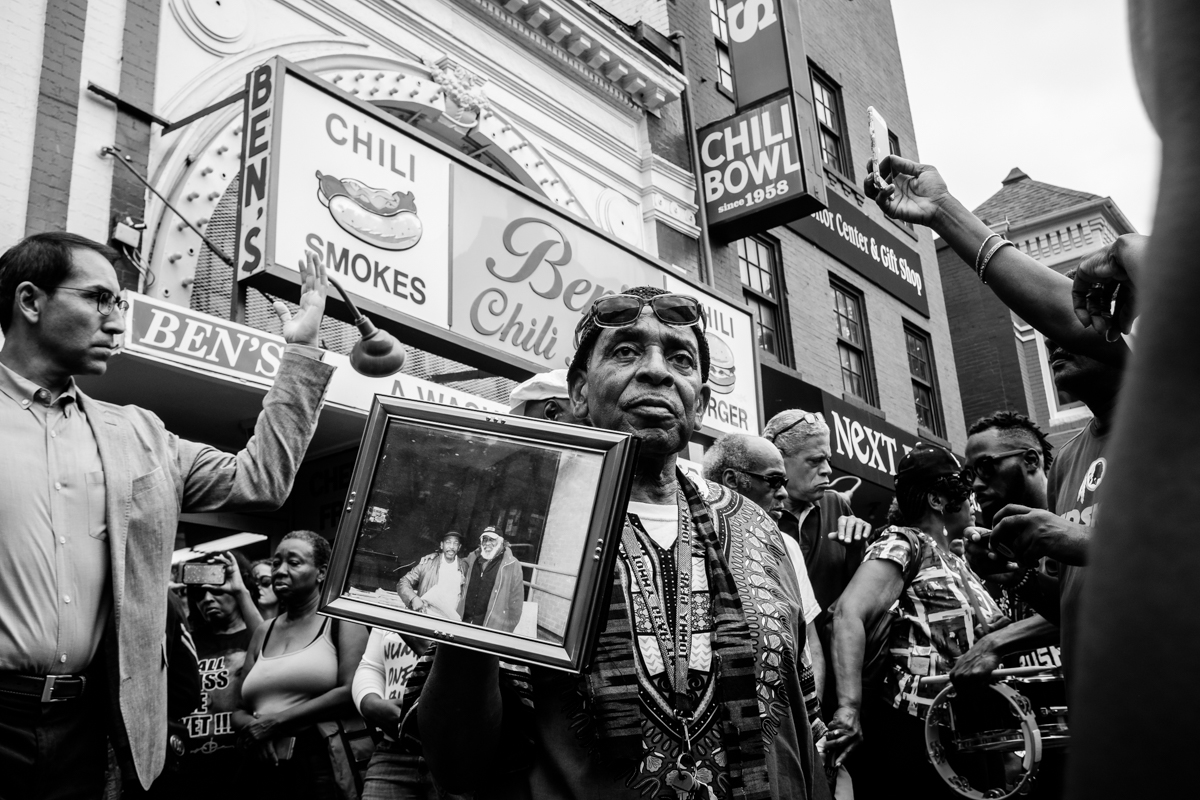 Linkedin
RELATED ARTICLES
OTHER ARTICLES
Photographer Arthur Grace recalls travelling through the Soviet Bloc and finding ways to evade the surveillance of his work.
A new edition of a seminal book brings together iconic images of the band onstage in their full glory and backstage in moments of unguarded camaraderie.
Curator Antoine de Beaupré discusses his immense record collection and what it tells us about the intersection of music, photography, art, and commerce.
Photographer David Hoffman recalls documenting the extreme wealth inequality around Tower Hamlets and Hackney int the 1980s.
Proposals to introduce a minimum GCSE threshold for student loans will disproportionately affect those from marginalised backgrounds.
The last few years have seen an increase in LGBTQ-led initiatives to feed the hungry, with many finding ways to stay afloat despite the challenges.