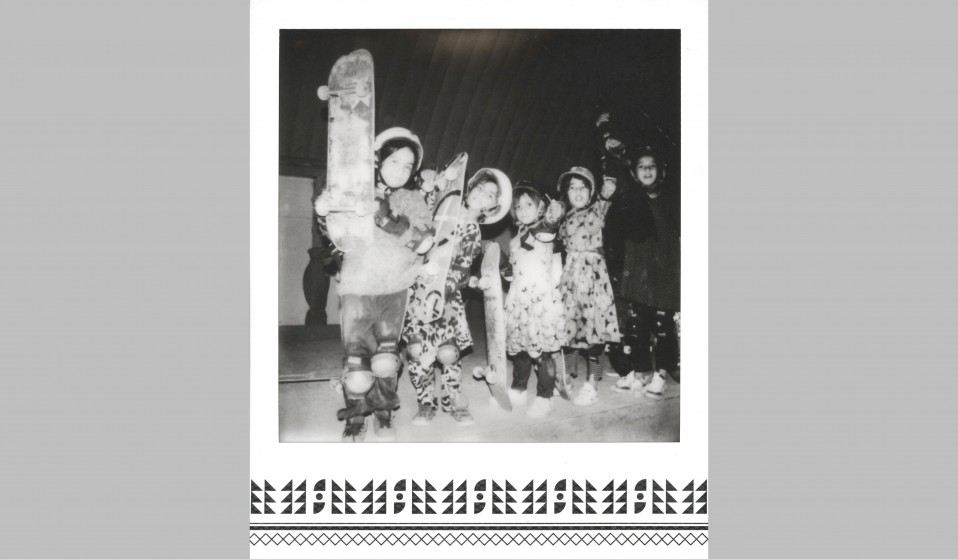 The two have collaborated on a project to merge photography, philanthropy and skating for vulnerable children across the world.

The two have collaborated on a project to merge photography, philanthropy and skating for vulnerable children across the world.

Skateistan and The Impossible Project have dropped their new joint project this week releasing a limited edition film for Polaroid 600-type cameras.

The film gives the photographer a geometric, Afghan textile-inspired design at the bottom of each polaroid. A percentage of each pack sold goes directly to helping Skateistan’s philanthropic projects in Afghanistan, Cambodia and their latest venture in Johannesburg, South Africa.

Skateistan are an NGO who, through working with vulnerable five to 18-year-olds across the world, are committed to creating opportunities and change through education and skating. Every week, they work with more than 1,200 children from disadvantaged backgrounds get an education that would be impossible otherwise.

The Impossible Project CEO Oskar Smolokowski, 26, said: “It’s always great to see that kind of stuff, and to see the results and the kids making some difference, however small, it’s making.”

Currently, Impossible are the only company in the world making “instant film for classic Polaroid cameras” after purchasing the last Polaroid producing company in 2008.

Their hook up with Skateistan started last year when, as Smolokowski said: “We love what they’re doing and we reached out. We figured out our first project to work together on, and that was last year. We basically donated a bunch of film and cameras and sent them over to one of those locations in Afghanistan. They did a media-based project with the kids which was a journalism project.”

He went on to praise the work done by Oliver Percovich and the team over at Skateistan saying: “If you’re out there and all you see is bad stuff around you don’t really have a reason to turn out to be a good person. Even though they aren’t directly teaching people math, they’re actually getting the kids to believe that there’s some good and some fun. The more opportunities that come to them, and there aren’t many, the better it is.”

Percovich, 40, has been heading up the Skateistan for nearly eight years now and said that he’s excited to be reaching a larger audience than ever with this new project. He said: “I think it’s a really great way to reach a new audience with Impossible and use polaroid cameras which are a huge market globally. People that probably hadn’t seen us before will be exposed to Skateistan, so that’s really cool.”

The limited edition film is out now and you buy it here or donate straight or Skateistan.