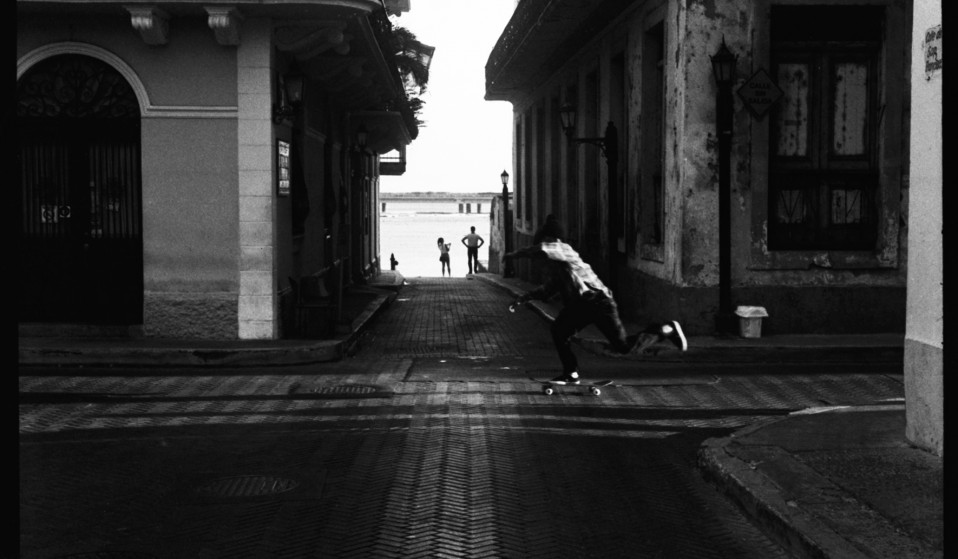 Photographer Rafael Gonzalez hits the streets of Panama City, exploring the capital's beautiful backdrops with the skateboarders who call the place home.

Photographer Rafael Gonzalez hits the streets of Central America's Panama City, exploring the capital's beautiful backdrop with the skateboarders who call the place their home.

The skyscrapers that dominate the Panama City skyline make this capital city look like a sprawling metropolis to rival any other, although with a population of under 900,00 its looks can be deceiving. 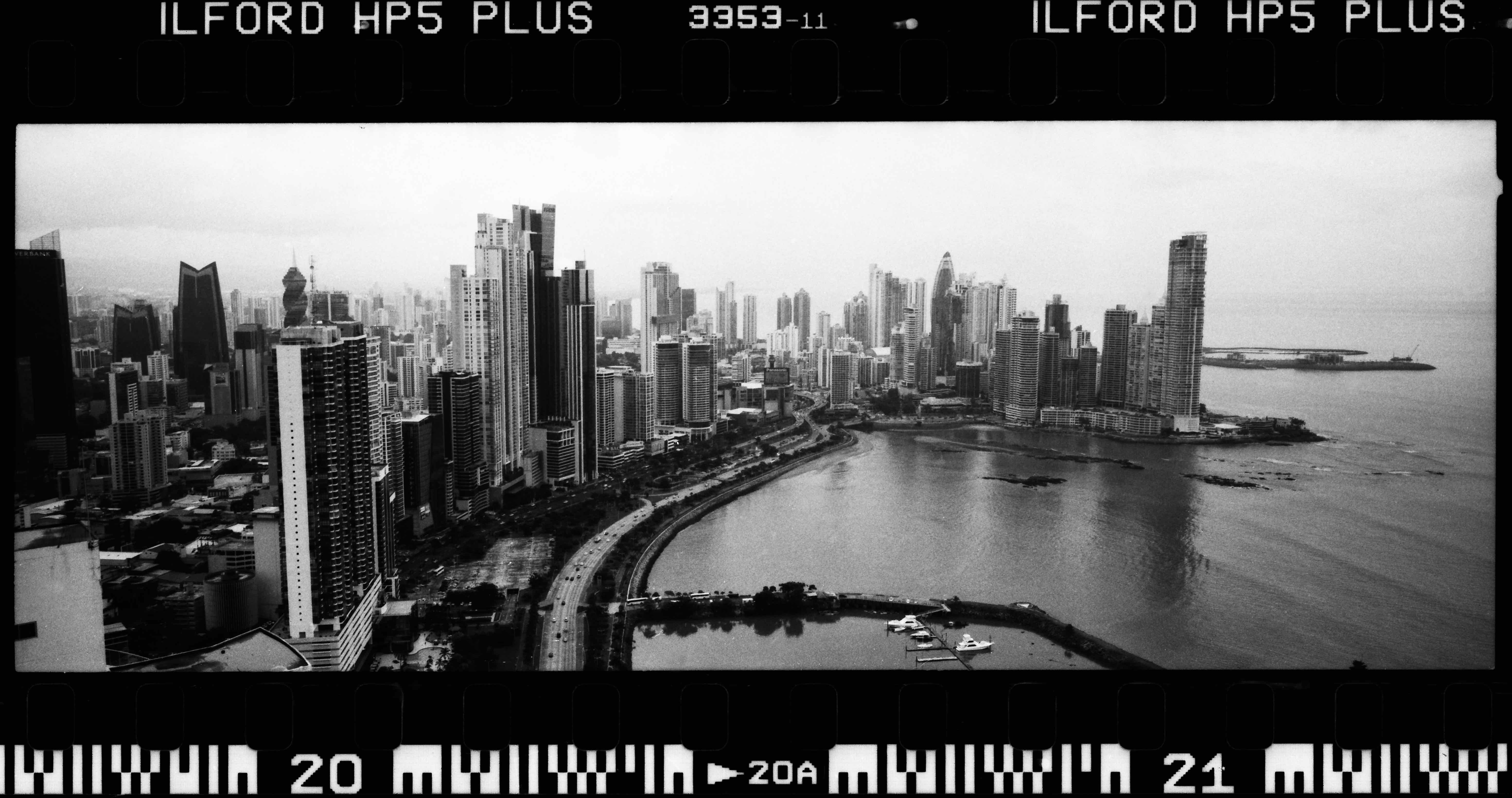 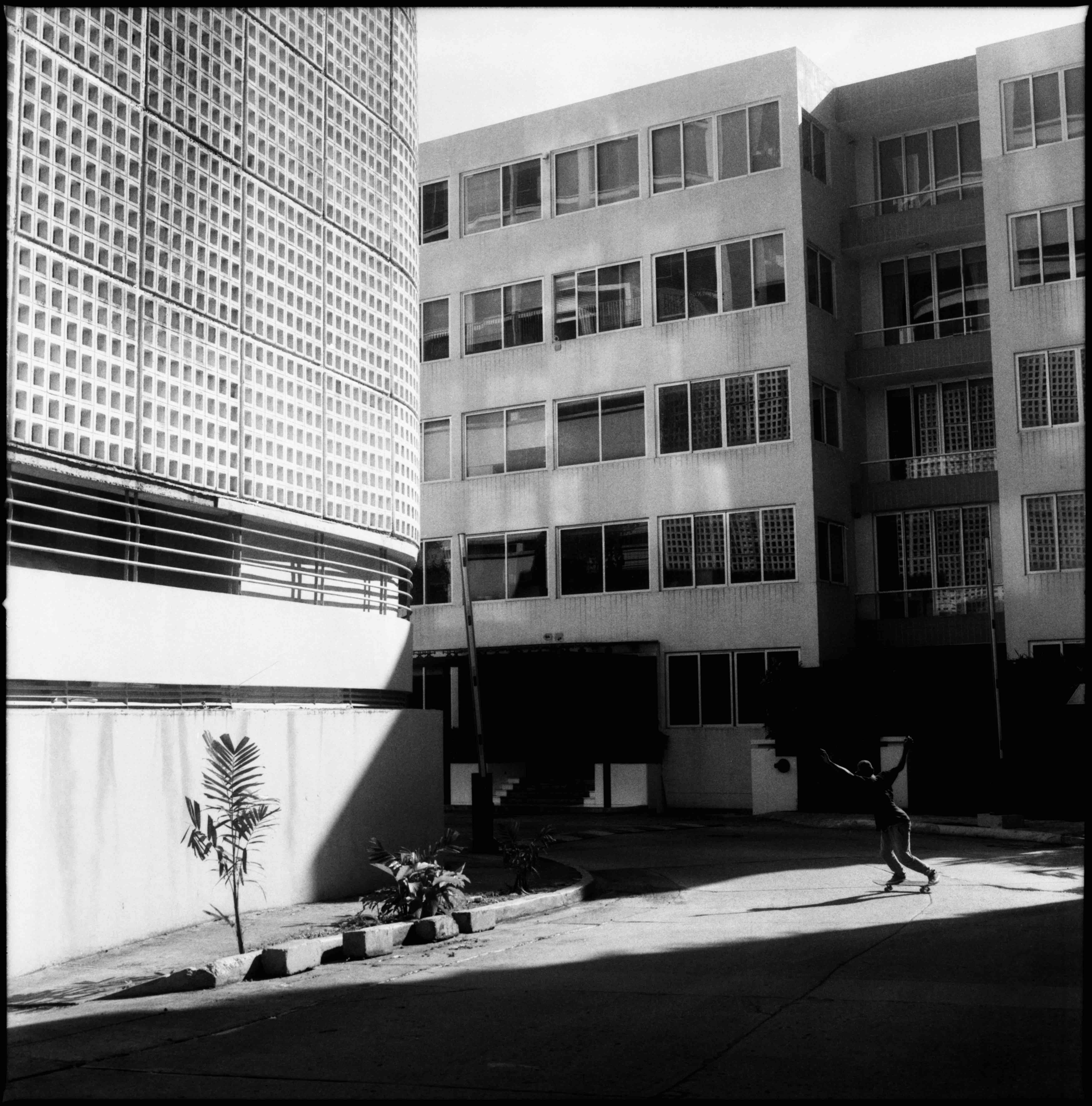 A small and humid place, Panama City is the most modern place in Central America – the unofficial Dubai of Latin America some would go so far as to say. It has a new Metro with a second line already in the works; there are new sidewalks under construction in the city centre; its financial district and malls make it clear this is a city riding high.

In most cities growth and development sees skateboarders thrown aside, the urban wastelands used to ride consumed by rabid and rapid development. Here in Panama City though that’s just not the case; new places to skate are popping up inside and out of the centre, although some spots that have been central to the skate community for so long have disappeared without a trace. To an outsider it seems to have reached a calm equilibrium, a giving and taking from a place so clearly changing. 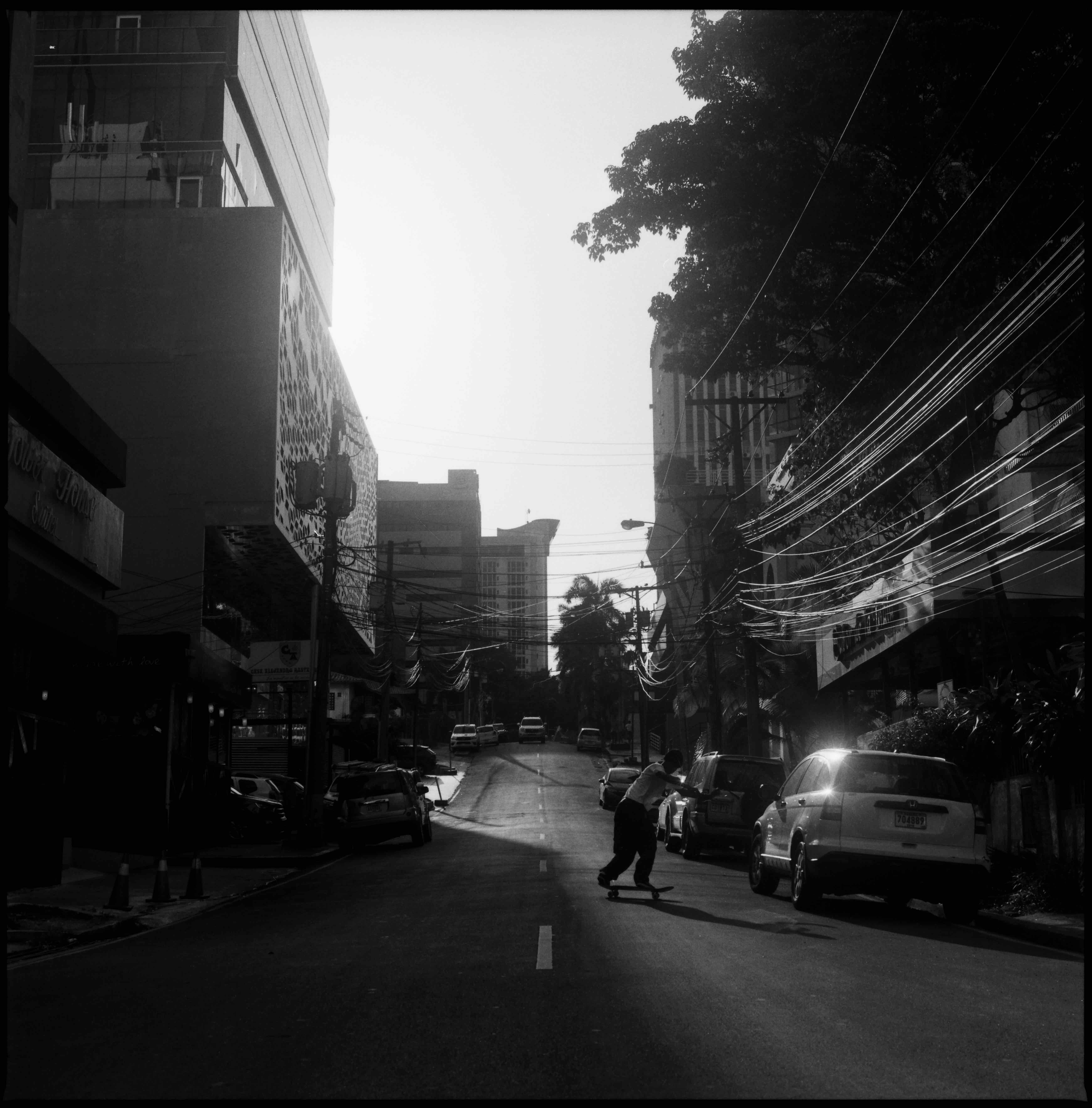 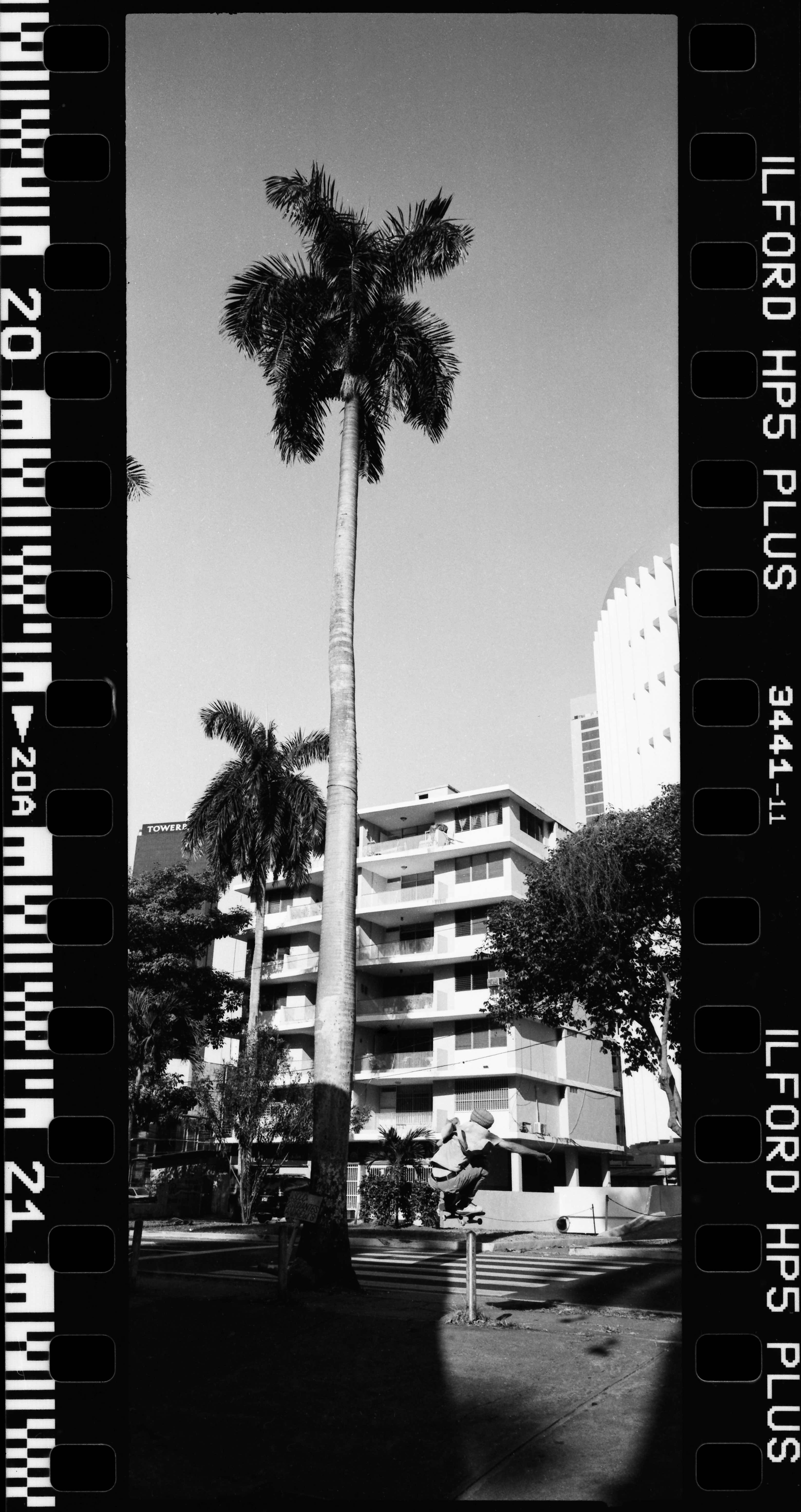 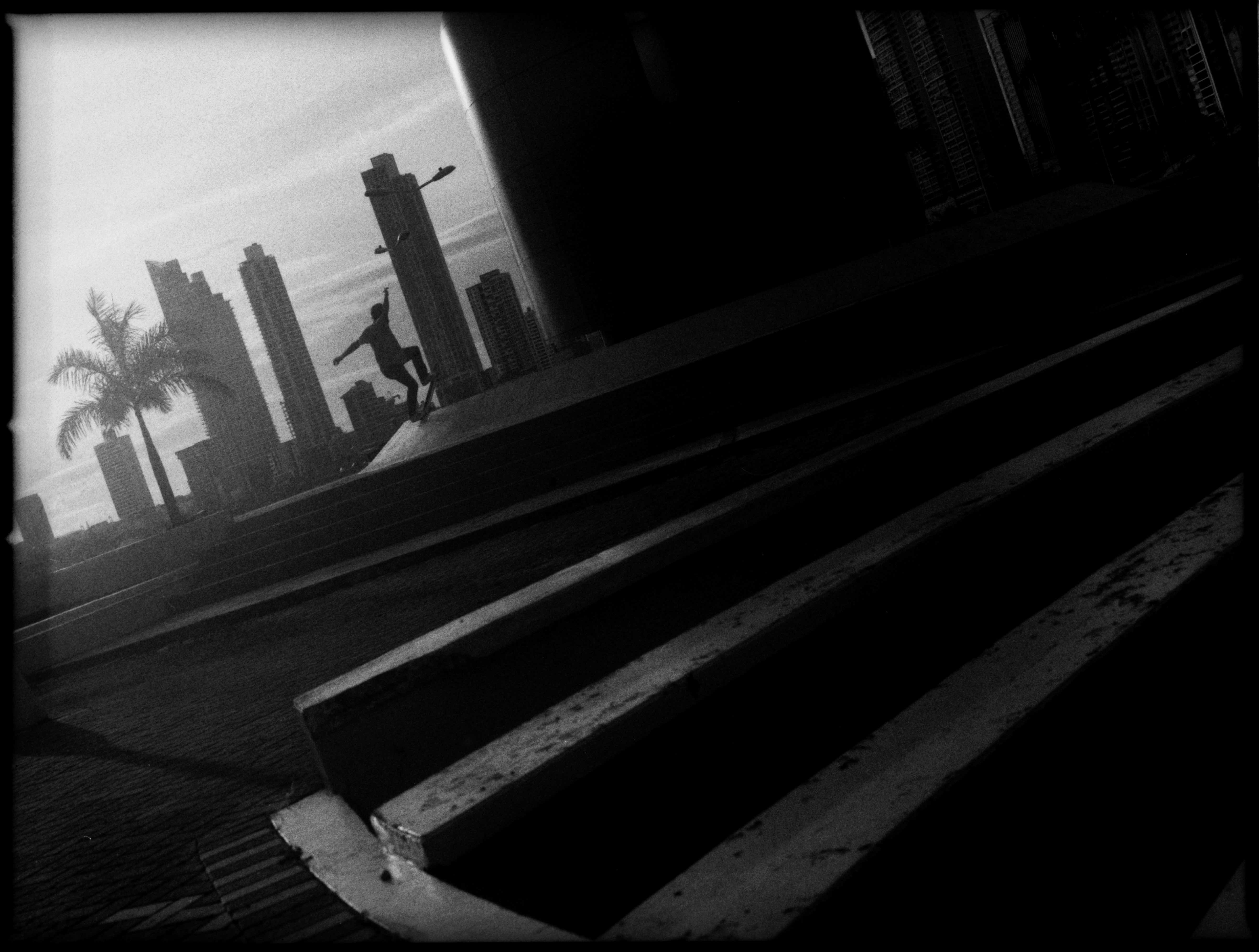 When I headed down into the city I wanted to capture the skate scene in all its glory; the backdrop of palm trees, the sparkling blue sea, the old cobbled side streets and the modern highways too. But despite the beauty to be found all around, I found few skaters out on the streets. Catching a colourful board swerving down the avenue just wasn’t happening.

It was in the skateparks that I found my subjects; it seemed that the majority of the community don’t like to complicate things here, and stick to the ramps and the rides that they know – mainly the local skatepark located at El Chorrillo built by the previous government administration to be accessible and open to all. 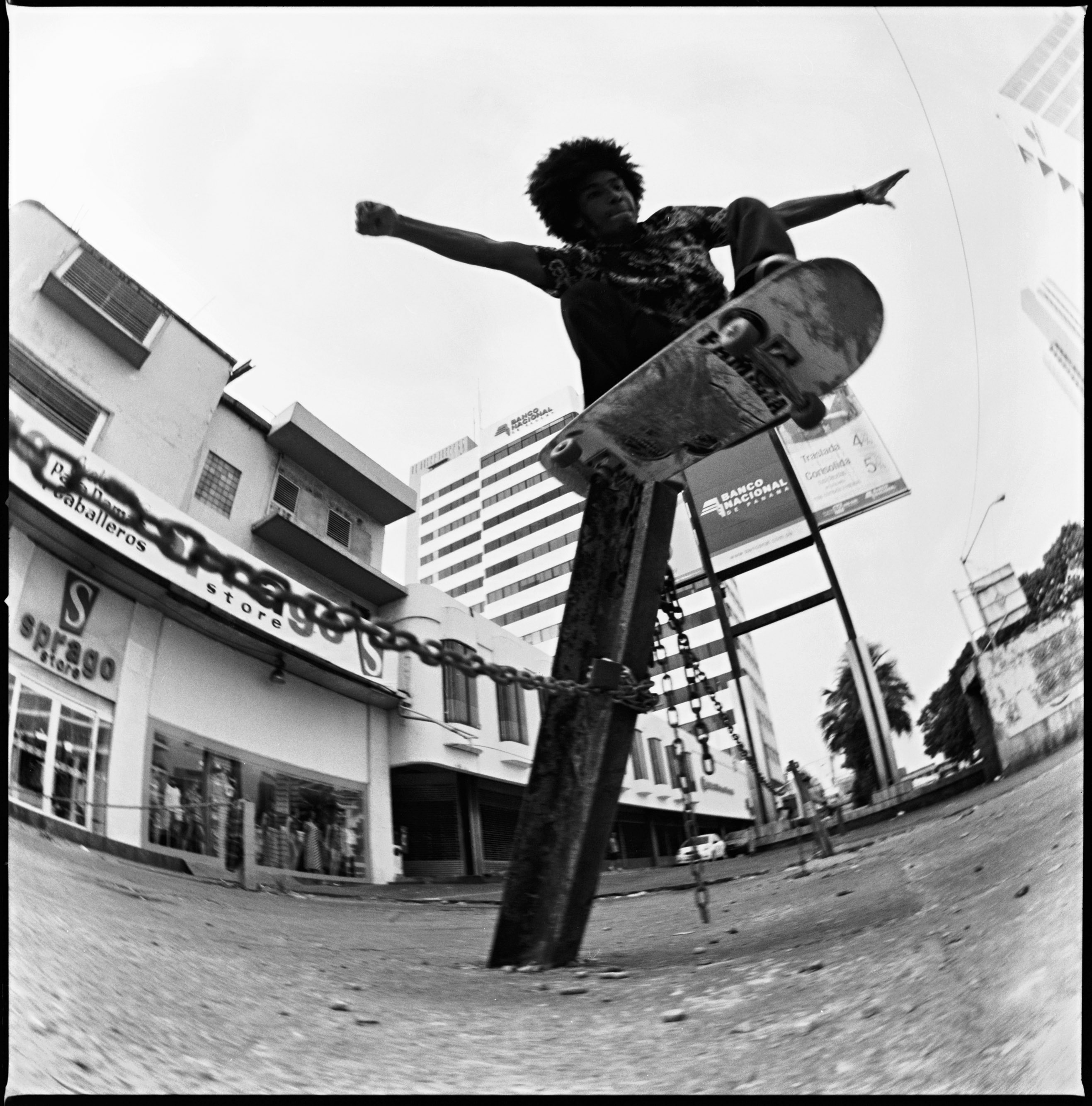 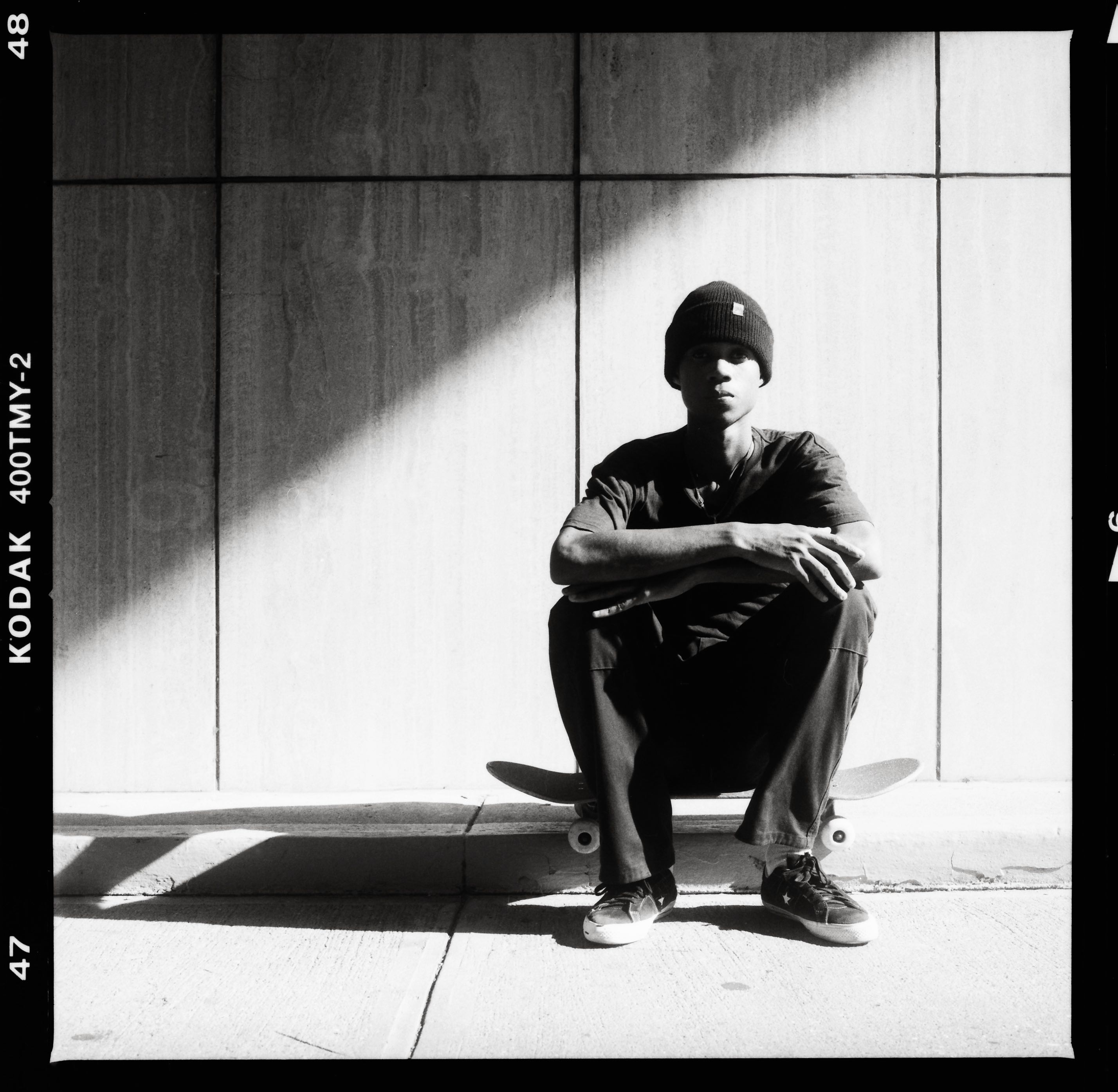 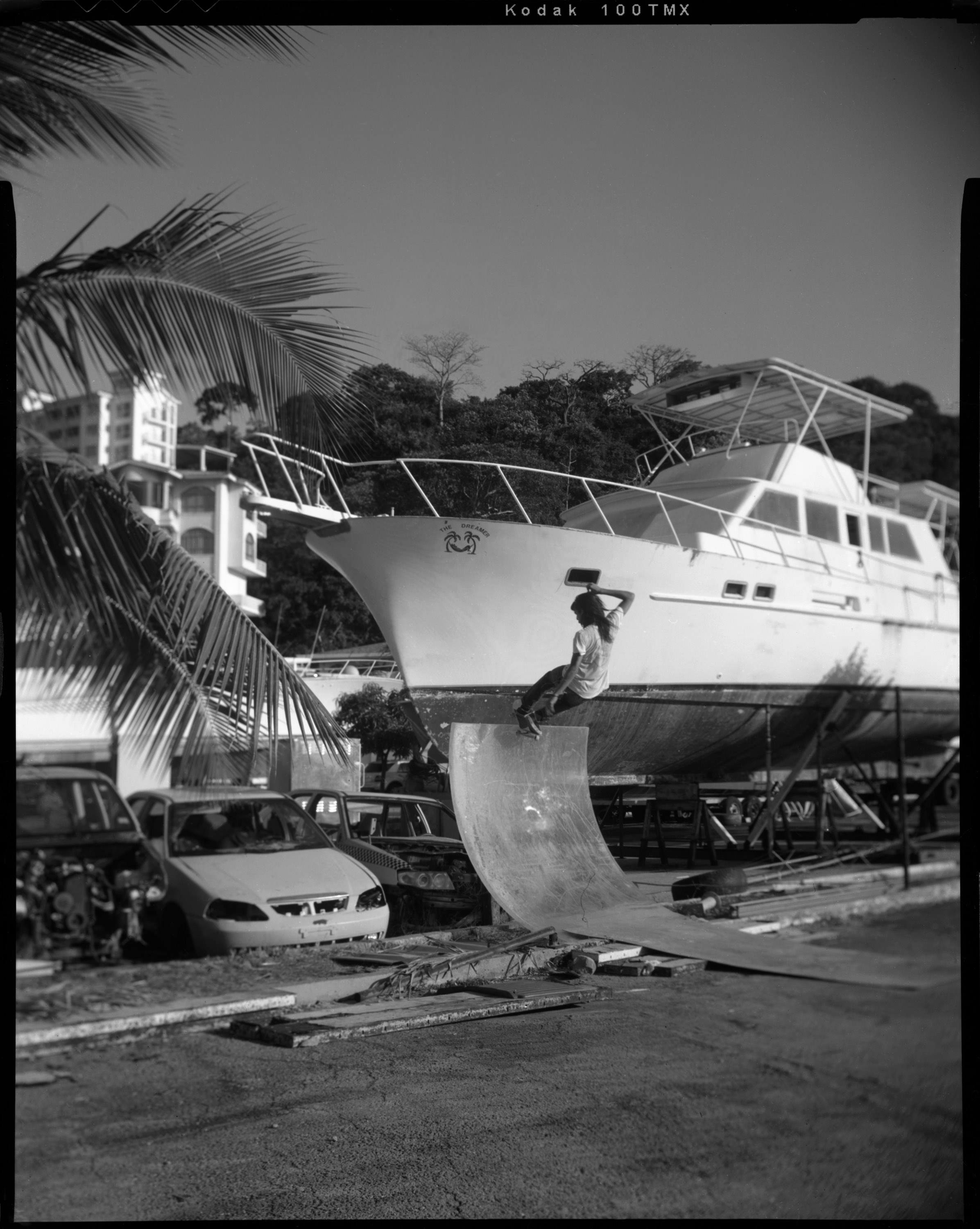 The following days were therefore a period of discovery for both me and the local skaters, as we explored the city together anew. Shooting only on analogue cameras and with black and white film, we rode the city together. 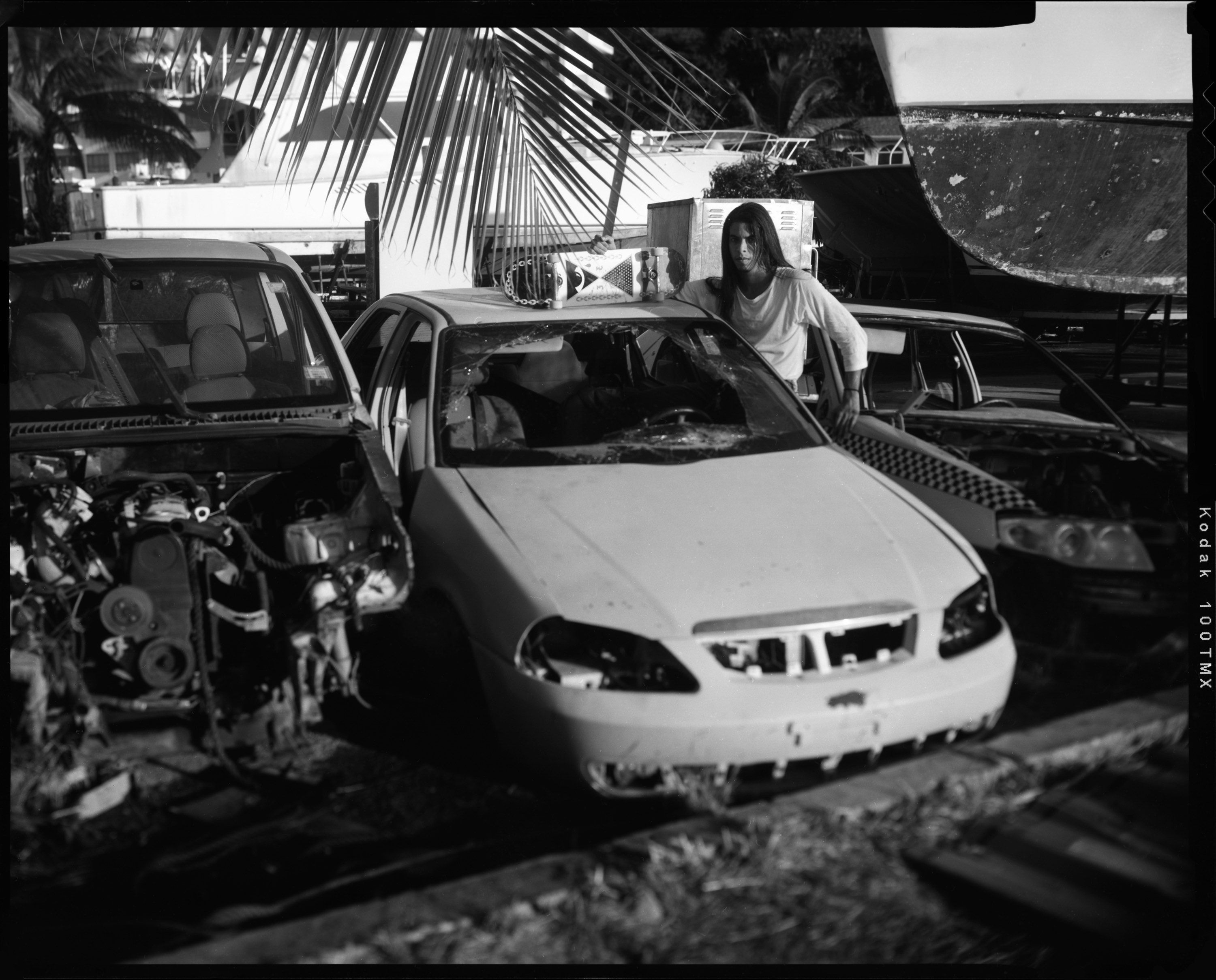 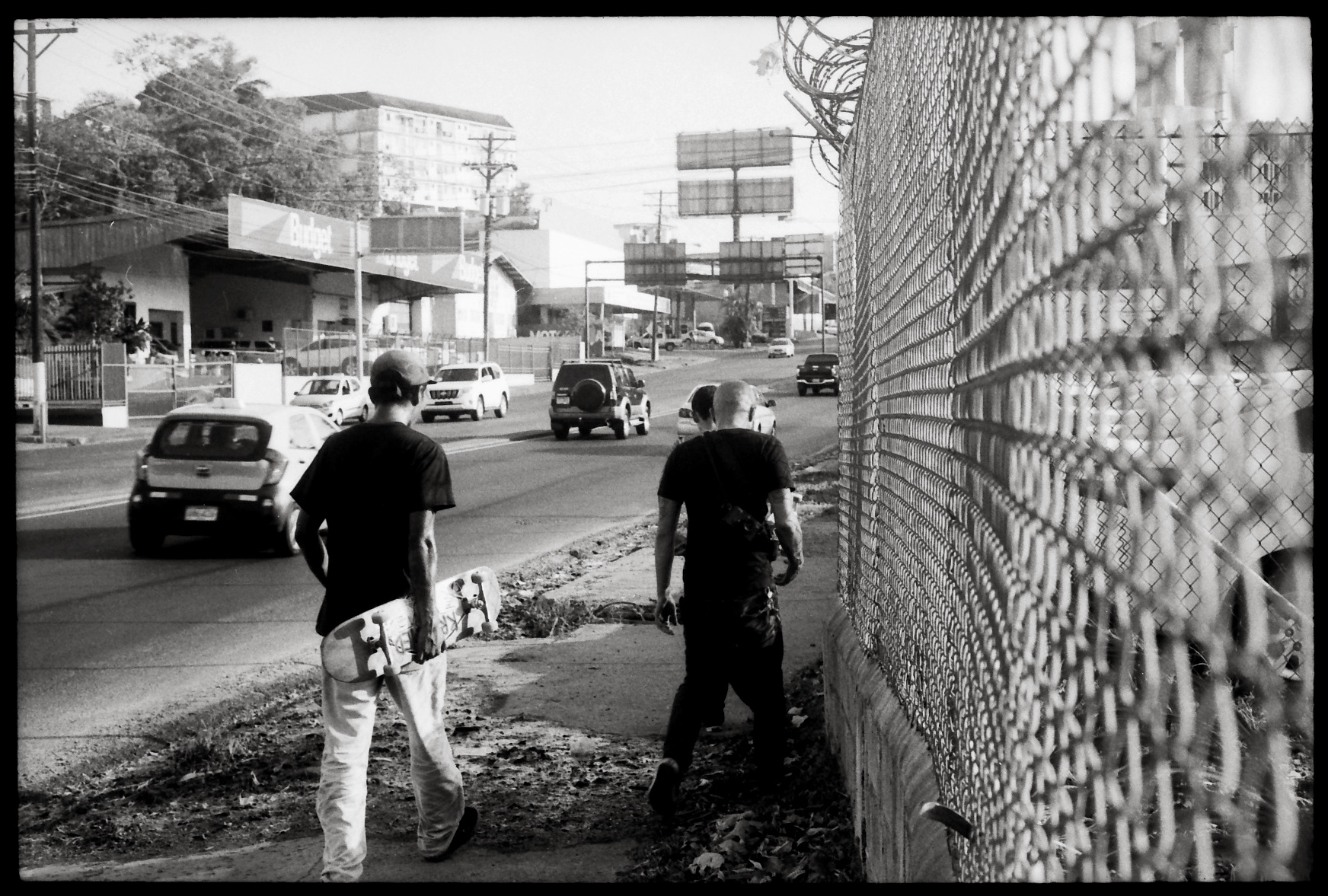 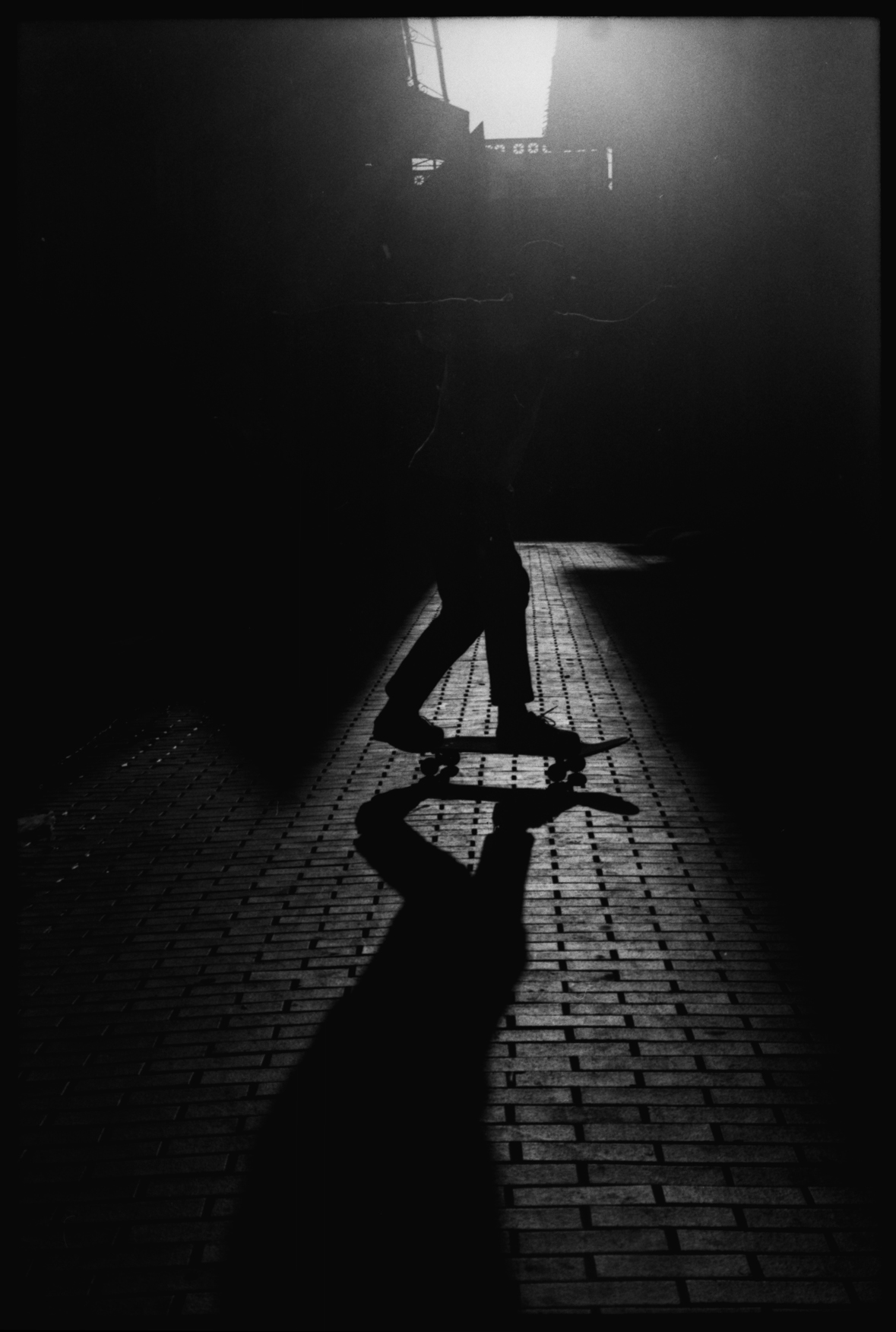 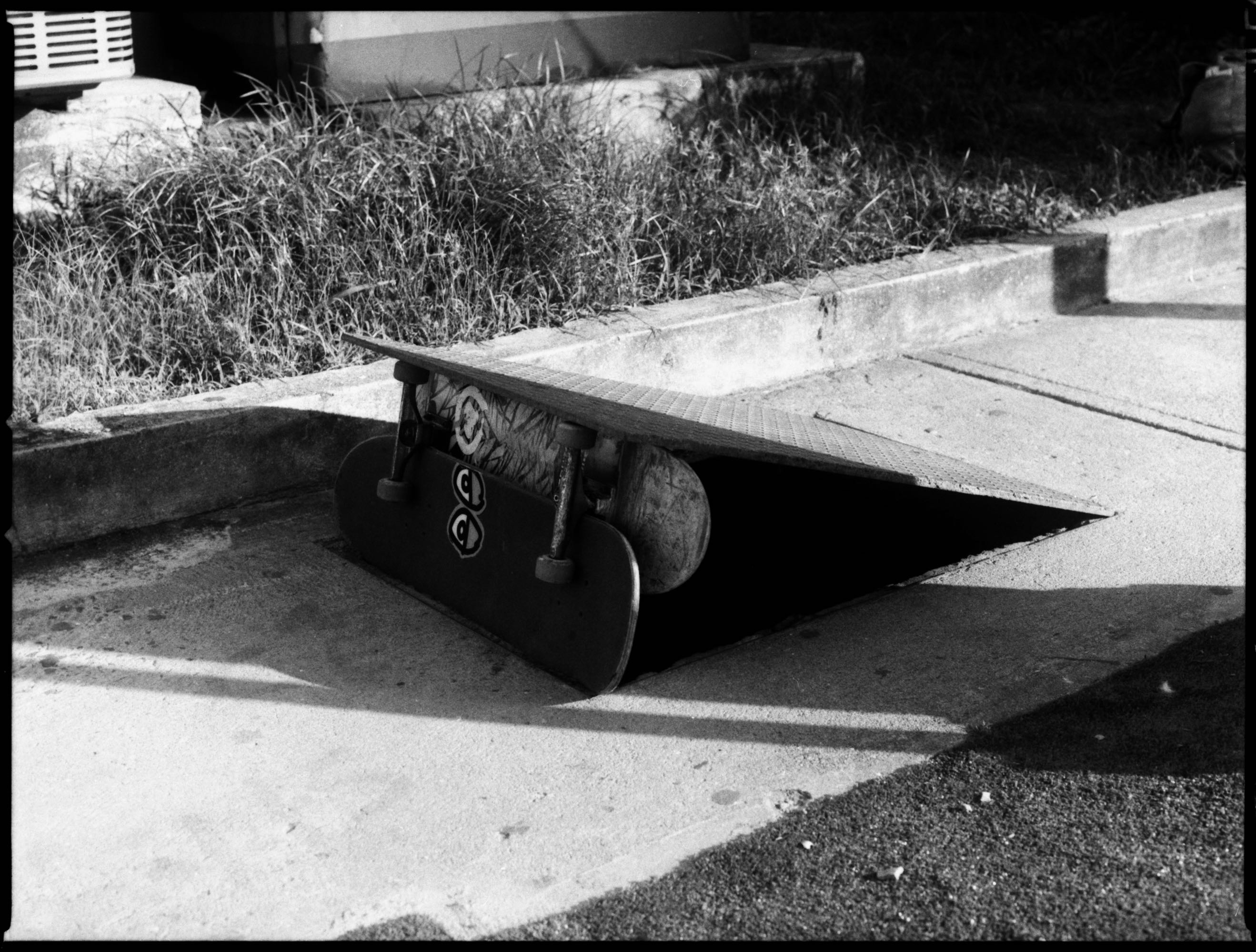 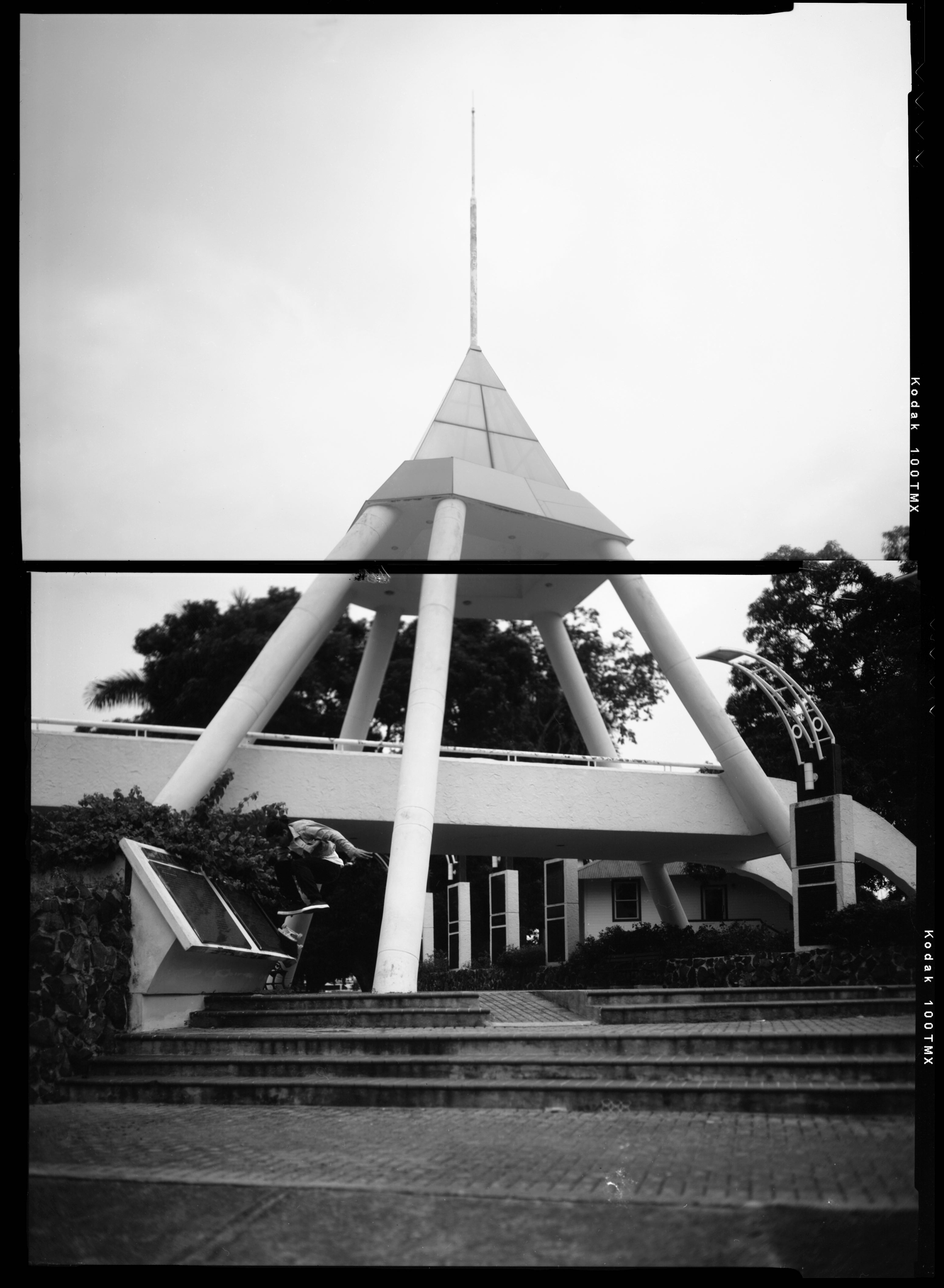 Linkedin
RELATED ARTICLES
OTHER ARTICLES
A group of young Palestinians have found temporary freedom in the act of parkour, reimagining wreckage and ruins as a series of high-octane playgrounds.
The idea that a younger generation is abandoning work has become a popular narrative online, but it doesn’t necessarily reflect reality.
Photographer David Corio’s archive offers a glimpse inside a revolutionary era of music and nightlife.
The workforce is now gearing up for industrial action after receiving a measly pay rise, reports Ella Glover.
The two-day long event returned to London this year, showcasing a spectacular parade, steel bands and Caribbean food.
In his 2008 series, the photographer pictured himself as Angela Davis, Martin Luther King Jr., Malcolm X, and other prominent figures.