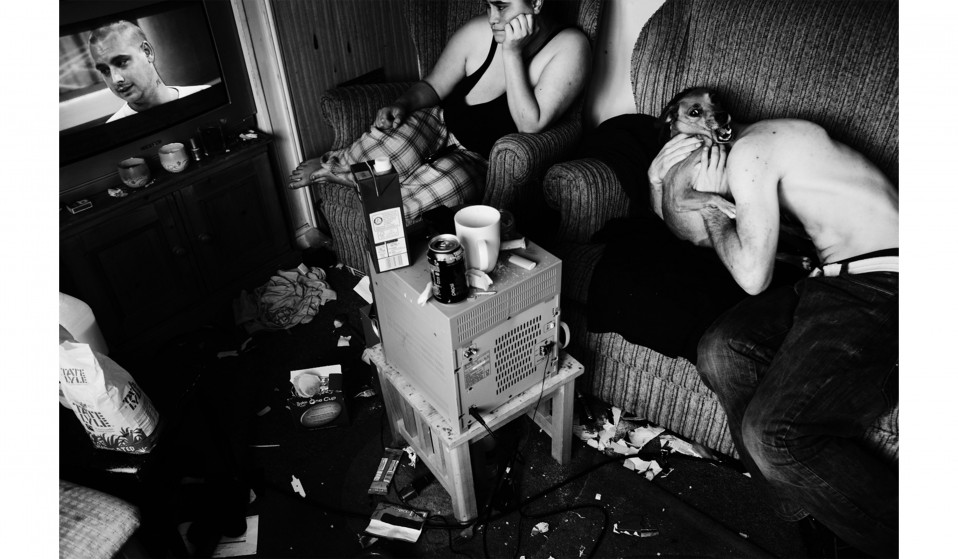 Small Town Inertia was born from many elements converging. About six years ago I’d become quite insular while working as a caregiver for my mother in my family home. It’s an intense situation, highly stressed, with odd hours. Before you’re aware of it, the ties you once had – your connection to the outside world – erode. It’s a subtle shift, and by the time I noticed, it was too late to cease that evolution. I had lent a camera from a friend and immediately knew I had to document people. The challenge was where and how. I live in a very rural, low-population part of East Anglia, UK; I was tied to my duties as a caregiver. Long periods away from home to shoot were out of the question both financially and owing to responsibilities. I hated the situation.

I wanted an escape for everyone involved, but there was no way that was going to happen. Instead, one relationship really helped to pull me out of my shell and pull my photography into focus. I’d known my neighbour, W.H., since I was a child. He was in his late eighties, and I would visit often to hear his stories. Gradually I began to make portraits. He encouraged me greatly. The whole process was very organic and instinctive. He became ill with cancer, and I ended up being one of the last people to talk with him – certainly the last to photograph him.

This experience really forged the understanding of why I had to document local people. I began to understand that everyone has a story; that they are all important. It also made me re-appraise my location and my relationship to it. I finally harmonised with where I lived – Dereham, one of those small forgotten towns, with a distinct strata of the population that have also been forgotten. I still work at home, caring for my mother, that’s never changed. It’s a big balancing act but like water finds its way from mountains to sea, you find a way.

Financially, being a carer living on benefits is crippling; it leaves you with zero budget. I don’t drive, I cycle or take public transport, so shooting in the immediate locale was literally my only option. It’s been about sculpting negatives into positives, right from day one.

When I began the series I gravitated instinctively towards people in similar situations – people on the edge of society. As the series evolved I found myself becoming more involved in life again, with the people and ultimately the area. It turned my hate – for being stuck in a kind of no man’s land – into love. I began to appreciate everything more. The sense of endurance in people’s lives, balanced against the hardship, stress and heartache, was inspiring.

It takes a long time to build these stories, months, sometimes years of just listening; having my hand held while being walked through a fellow human being’s life. We go through the good and the bad, then when the time is right, we begin. It’s very collaborative, and the backbone is always trust.

Building that trust is the same as with any relationship. It’s not a tap you can turn on when you want something, and off when you’re done. You have to be available, emotionally, twenty-four seven. My phone is always ringing, inbox always pinging. This constant contact is not the price you pay for being permitted to document; it’s the reward we all get from knowing other people. That inclusion in their lives is an honour, never a chore.

It’s important to me to let my subjects have a voice, so I interview them and share their words on my website. For me, sharing images alone would be an abstraction of the truth, like a paint-by-numbers image that could be filled in with incorrect colours. I’m not into laying my assumptions upon people, or designing my version of someone else’s reality. Their testimony is the only way to try and control misunderstanding. These images are not about my art or ego; they’re just a reflection, an emulation of what’s really happening around me.

I see the photographer’s role as that of conduit, being a link in a continuous chain between the storyteller and the audience. So much mainstream media is hung up with pushing an agenda – its divisive to its core. Photographs, and stories, can and should bring us closer together, rather than divide us ever further. I like to view these stories as keys into the inner sanctums of life, so that audiences might enter and find, just as I have, some commonality. 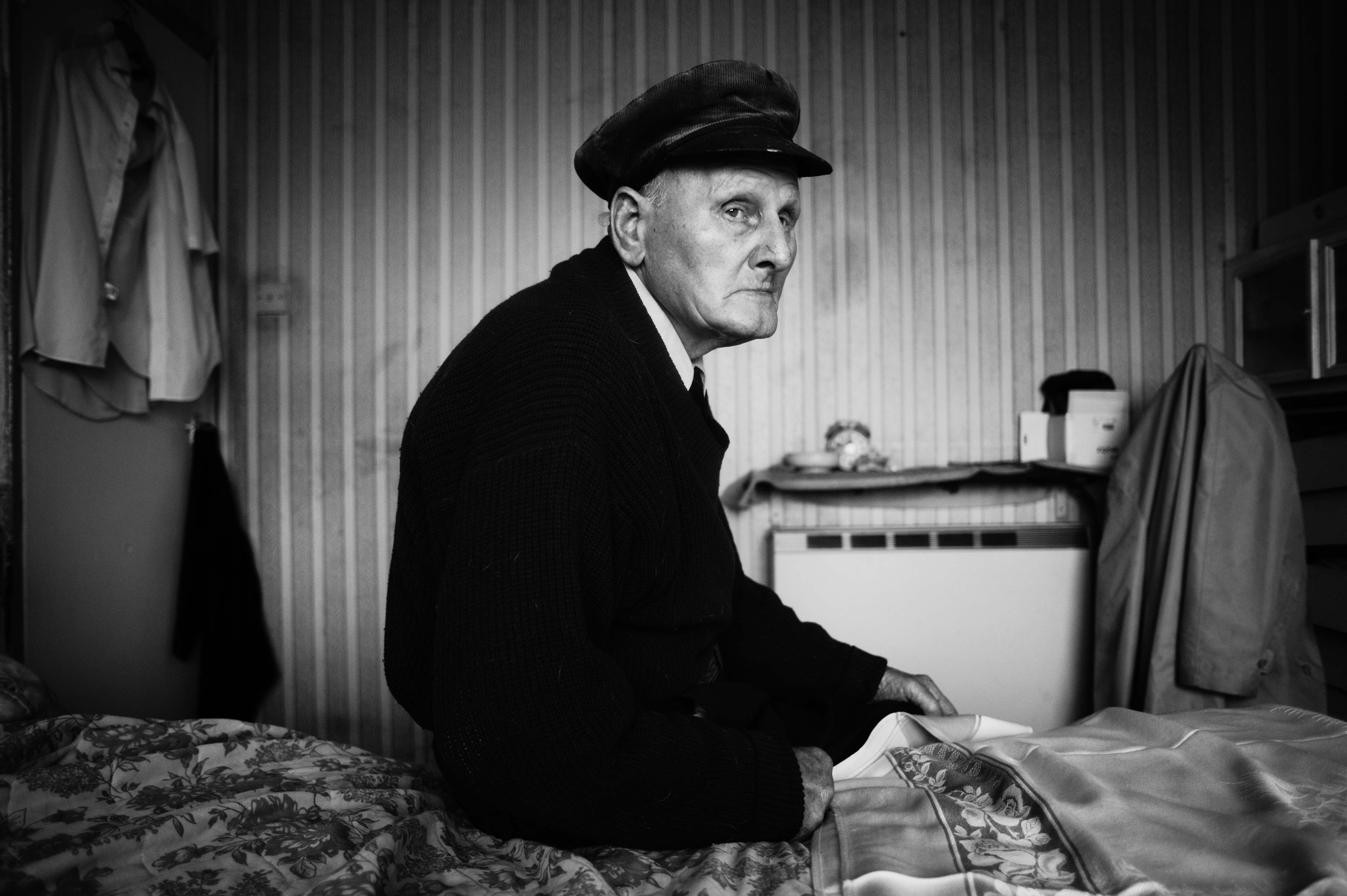 “I never had any plans. Just take it as it comes. Never made any plans. I never knew nothing you see, coming from a village up in the country like I did. Then, when I was a child in Ireland the country was on the breadline. There was no money, no work, no doctors, no social security, no nothing.” 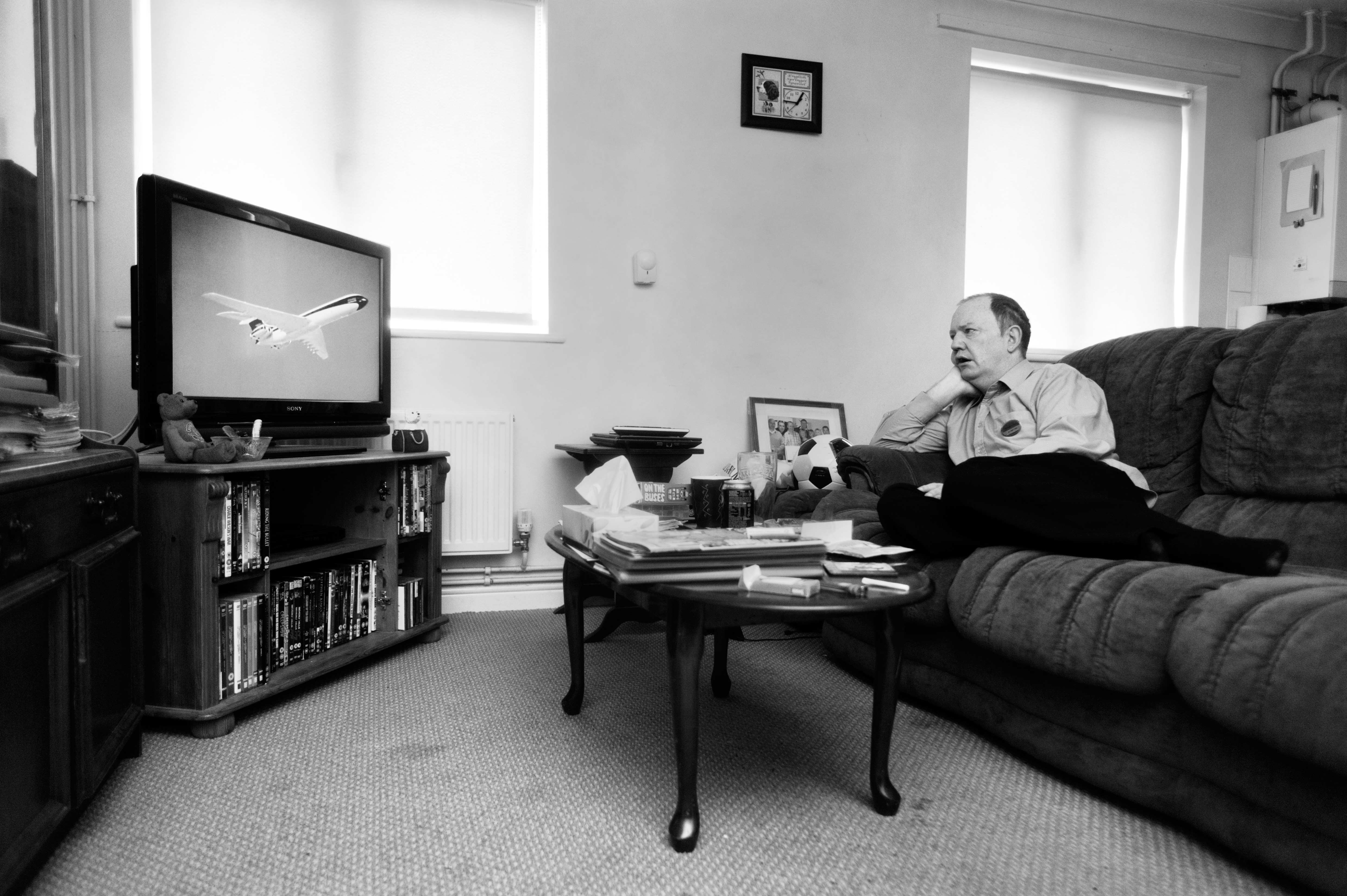 “I can’t remember anything when the fit comes on. I can only remember a little about the afterwards. Like, if I get damaged and have a headache, they tell me I’ve had a seizure.” 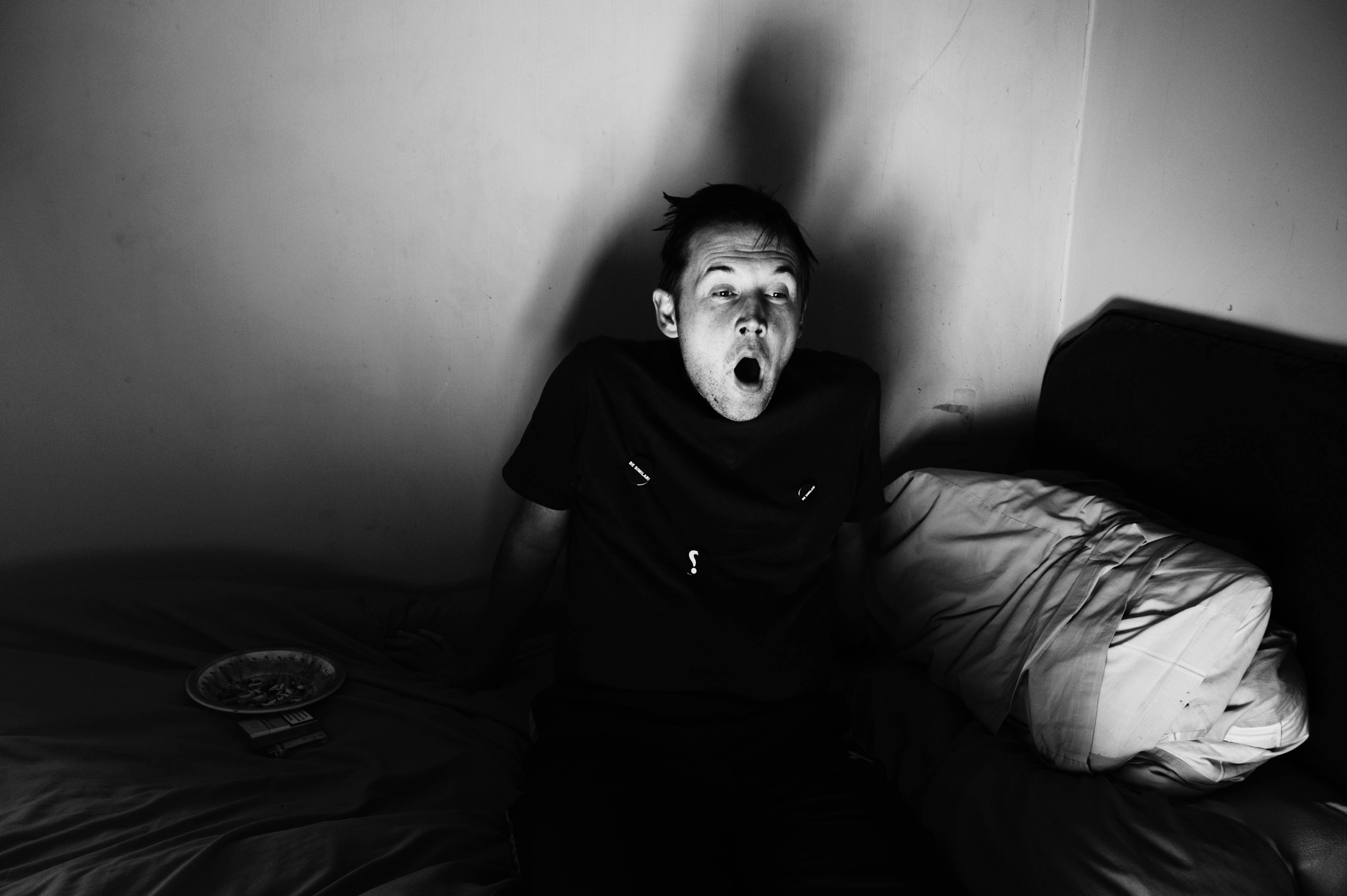 “They call me scrambled egg weirdo, fruit loop, like I’m mad, and some people go on and on about me being a scrounger. Being called these things, especially when you have a very sensitive mind can hurt. It really hurts. It hasn’t happened for a while now but I’ll never forget when these things were said to me.” 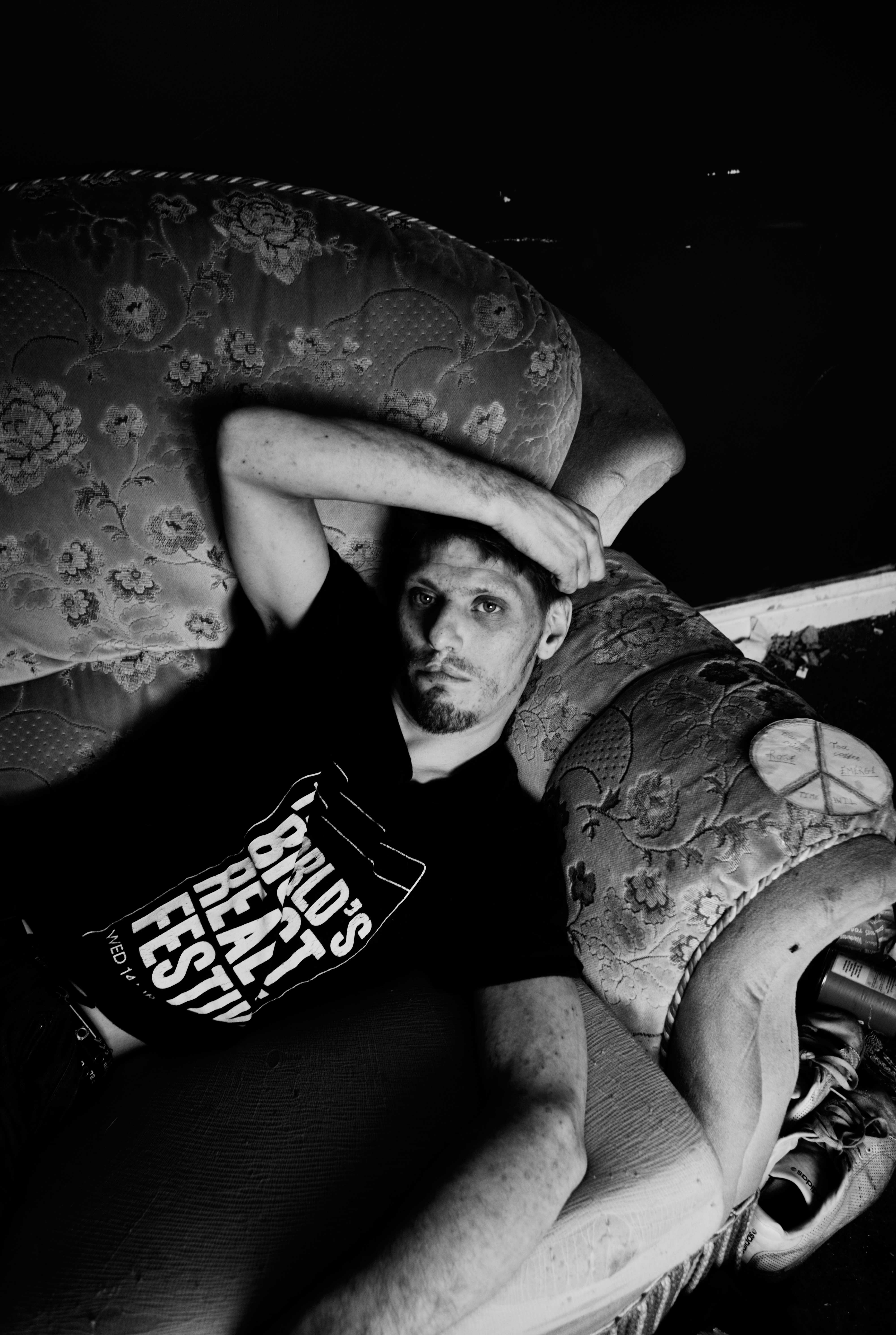 “All the millionaires and that, they are sat there in their big houses and they judge us. The benefits people fob us off. Every week they say, ‘You can’t expect us to give you money straight away.’ And yeah, that’s alright, but you don’t know what state we have to live in and you’re there going home to your nice food, to your brand new car, your seven-bedroom house, and we’re left here and no one has a care in the world.” 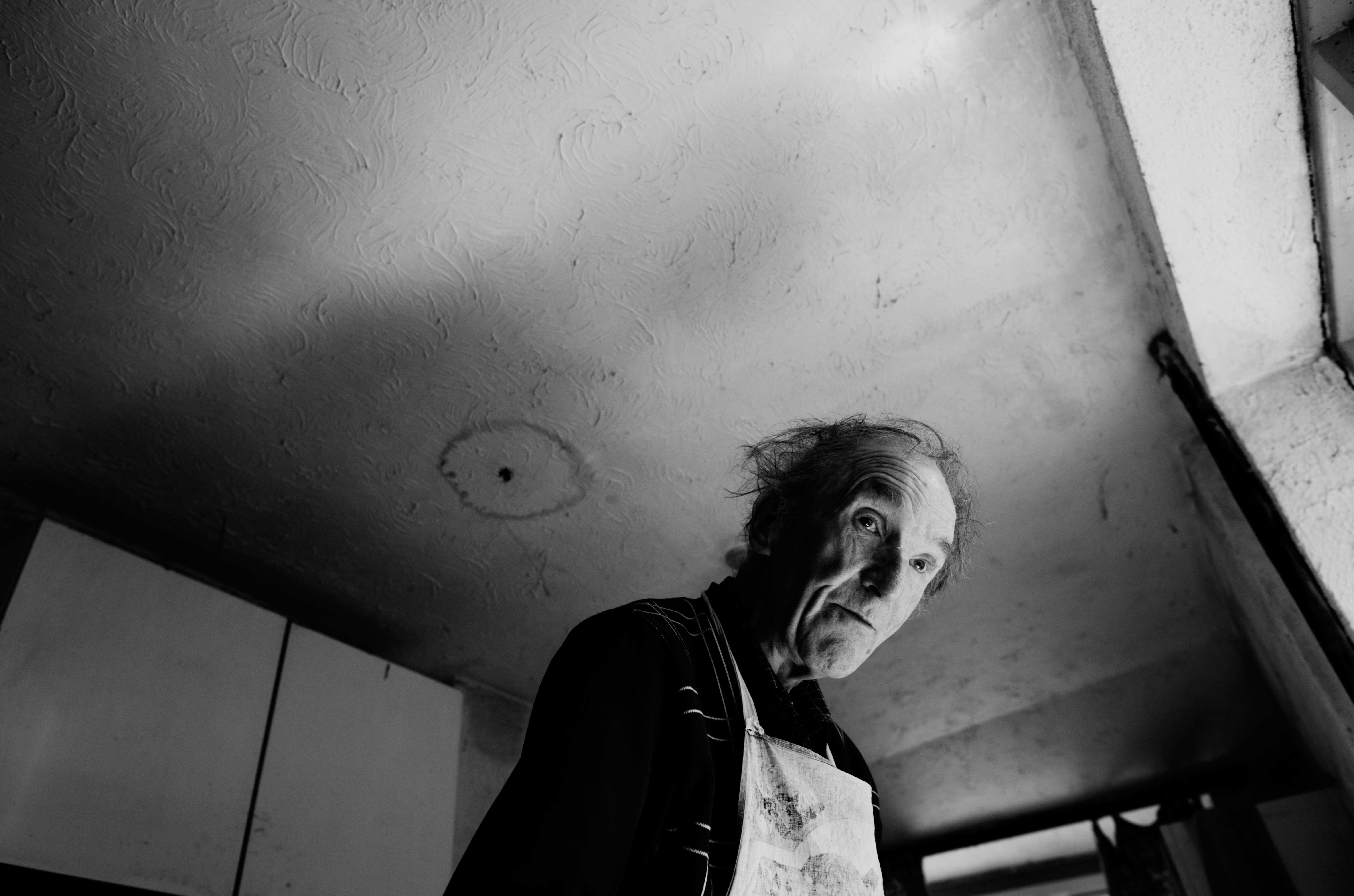 “The world, well, I knew it was out there but I didn’t feel a part of it. I felt I was no longer a part of the world. You sort of feel like you’re a ghost and you’re like on the far side of the universe and perhaps the world no longer exists or perhaps, like, I’m gone, I’m dead, and maybe I’m some kind of spirit and I’m stuck in some parallel purgatory. That’s how it’s felt ever since I’ve been blind.”

Find out more about J.A. Mortram’s Small Town Inertia project and check out the kickstarter to help publish the book.

This article originally appeared in Huck 46 – The Documentary Photography Special II.  Buy it in the Huck Shop now or subscribe today to make sure you never miss another issue.

Linkedin
RELATED ARTICLES
OTHER ARTICLES
Filmmaker Laura Poitras discusses her new documentary which traces the remarkable life of the artist-activist and the impact of her battle against the US opioid crisis.
Tristan O’Neill’s shots of dancers caught in moments of reverie at the height of rave’s golden age are a testament to the UK’s legendary club culture.
A new exhibitions brings together the work of photographers who documented the deep unrest of these pivotal decades.
AI companies that develop image-generators using copyrighted artwork from the internet are coming under fire from artists who say that it amounts to theft.
Since 2007, Gideon Mendel has made 20 trips to document floods in 13 countries. The result is an alarming record of what has already been lost to the climate emergency.
Photographer Becky Tyrell went down to the fading banger and stock raceway to meet a community desperate to keep it alive.