Art & Culture / Photography / The paranormal, the Pagan and the posers of Solstice at Stonehenge 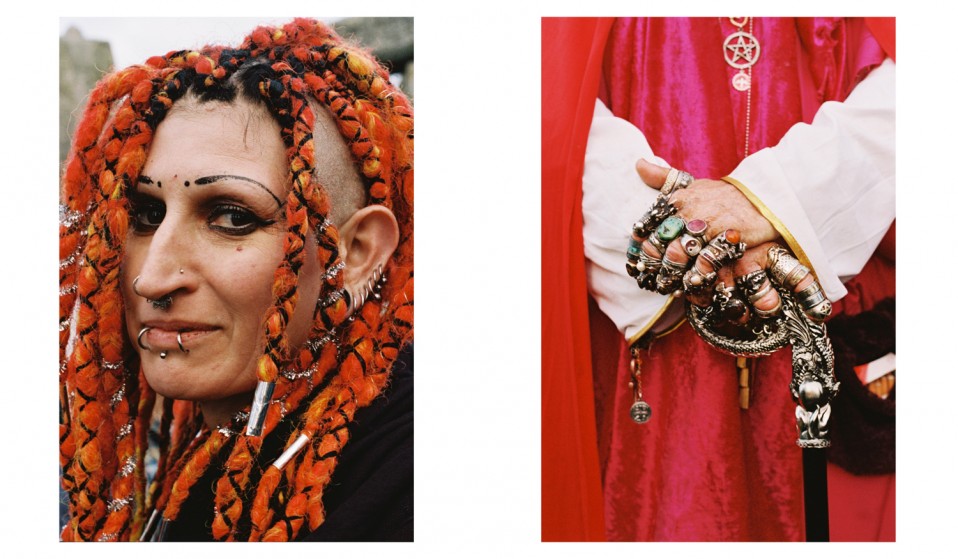 For the past two years, photographer Sophie Green has headed to Wiltshire to capture the mystery and magic of the centuries-old Solstice celebrations.

For the past two years, photographer Sophie Green has headed to Wiltshire to capture the magic and mystery of the centuries-old Solstice celebrations.

At a time when mysticism seems to have been entirely drowned out by technology, few pagan celebrations persist; their deep connection to nature being replaced by the fast-paced reality of modernity. But against all odds, the Solstice ceremonies remain strong, and every year thousands of people from all over the world are drawn to Stonehenge, in England, to celebrate the beginning of summer and winter marked by the longest and the shortest days of the year.

British photographer Sophie Green was one of the people drawn to the fields of Wiltshire for the Winter ceremonies.

Initially attending the Solstice to expand on a personal project portraying communities of travellers, she was surprised to find a completely new and diverse group of people gathered around the pre-historic and mysterious stone monument in the British countryside. They were druids, party-goers, pagans, teenagers, tourists and many others – all brought together to the same spot, at the same time, to celebrate. 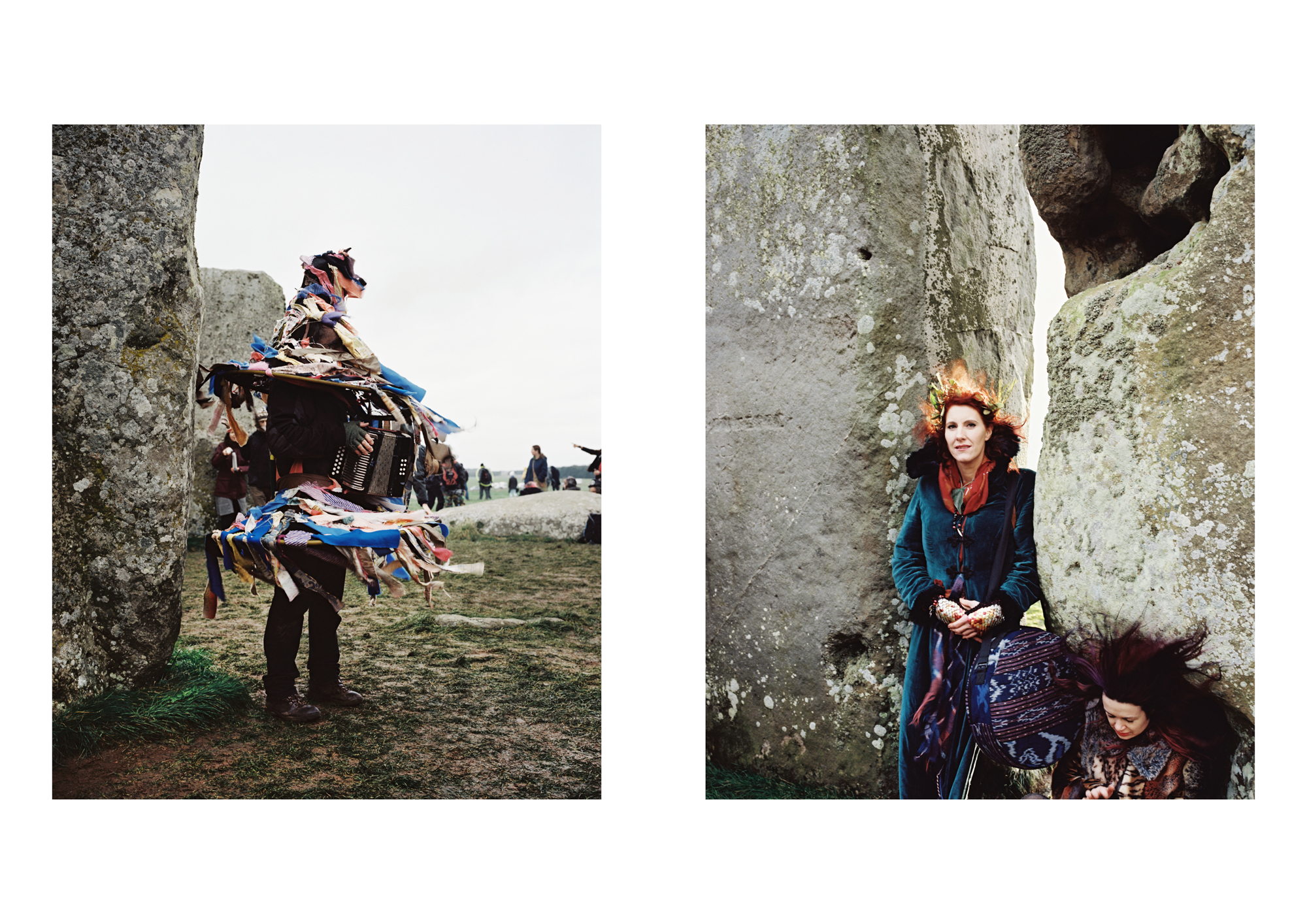 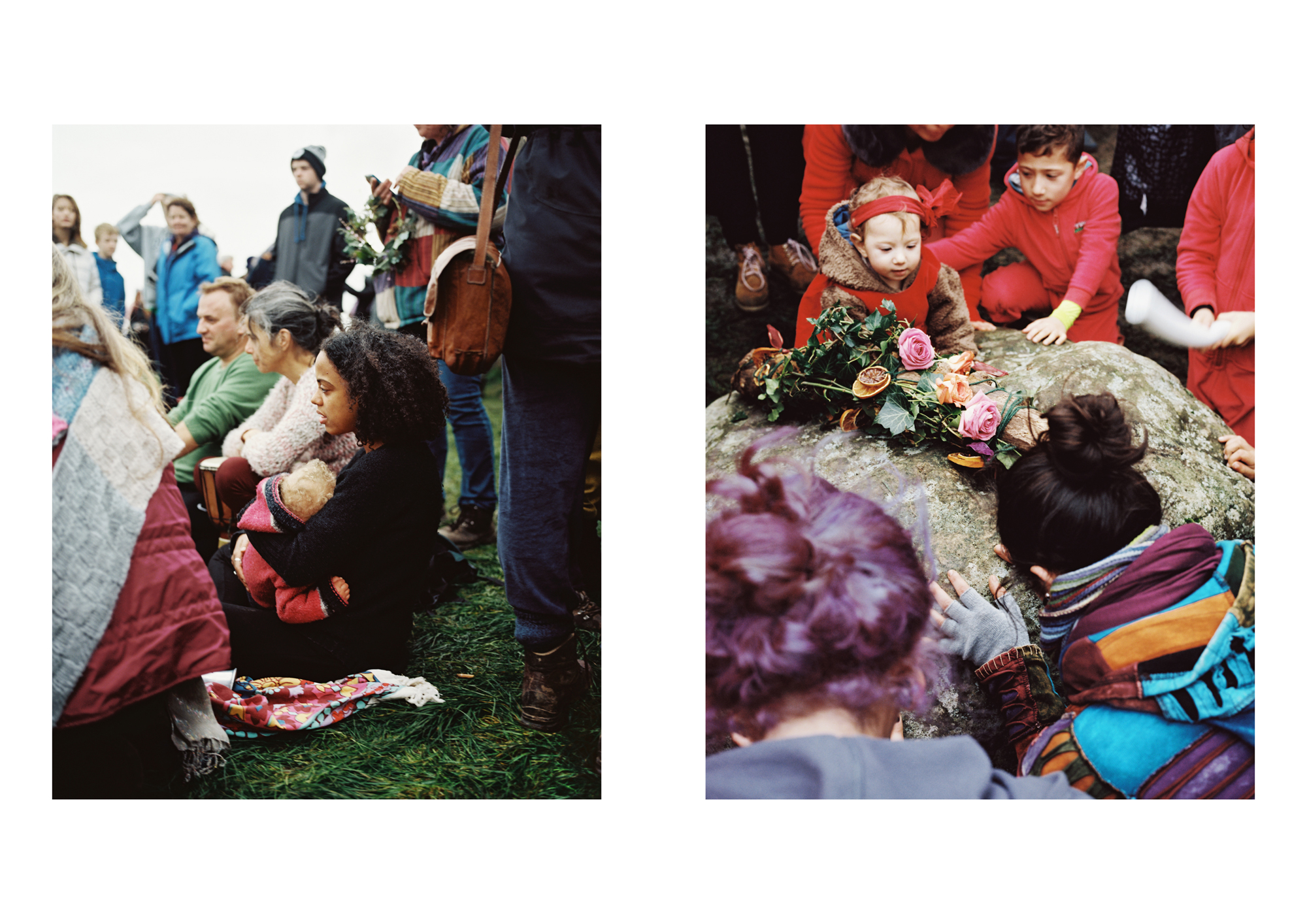 Innately curious and usually drawn to portraying unique individuals and their communities, Sophie was naturally intrigued by the heritage and traditions behind the Solstice. So, once there, she set her mind on shooting a brand-new series, starting during the winter celebrations in 2015 and ending during the same festivities in 2016.

Through her images, we see a mix of tradition, joy, belief and curiosity. As Sophie tells me, there are those who attend the site without any specific spiritual interest, who are drawn to the novelty of being able to access this ancient place of worship, open to the public only during the Solstice.

But there are also people for whom the connections with this mysterious place run much deeper. 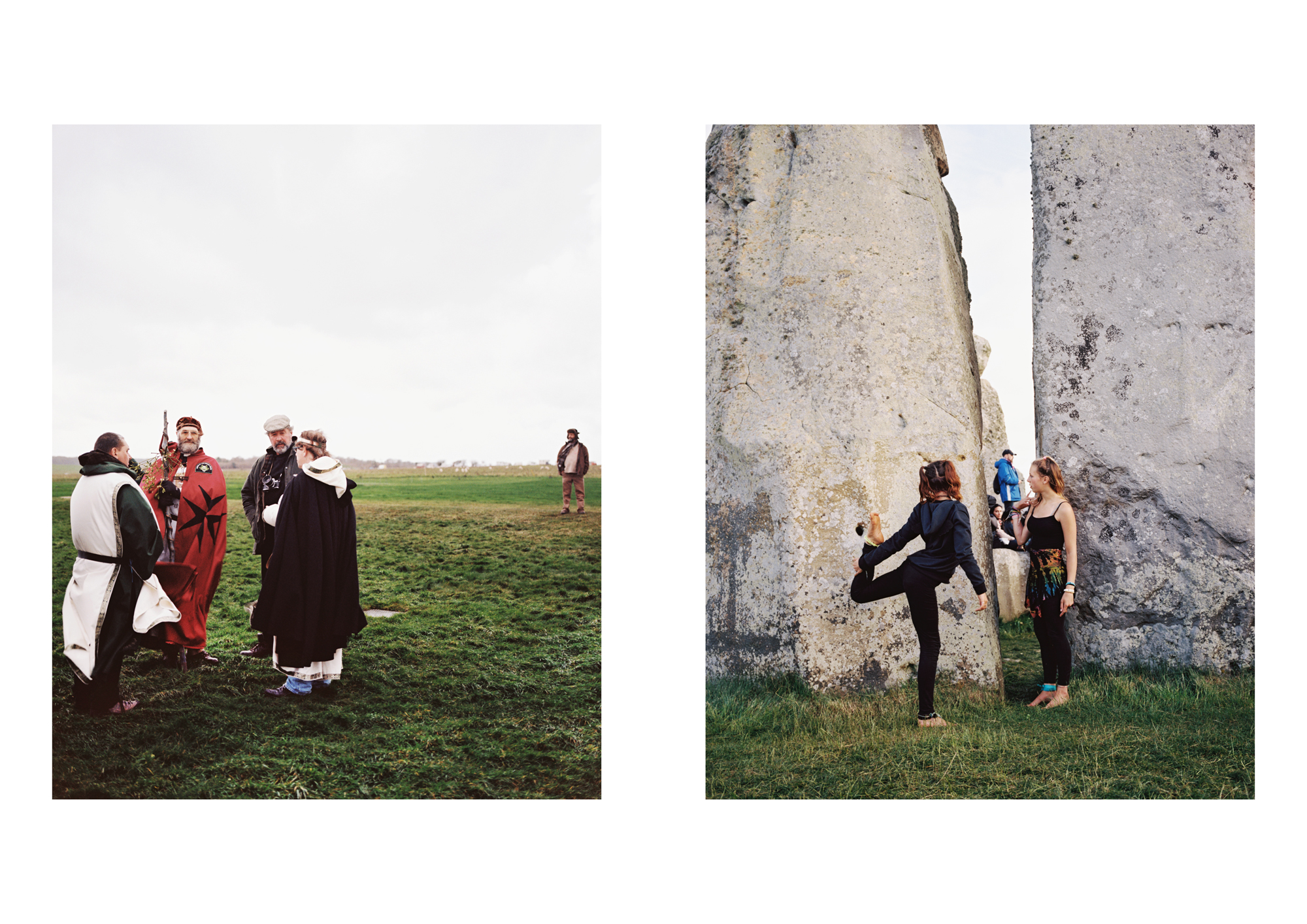 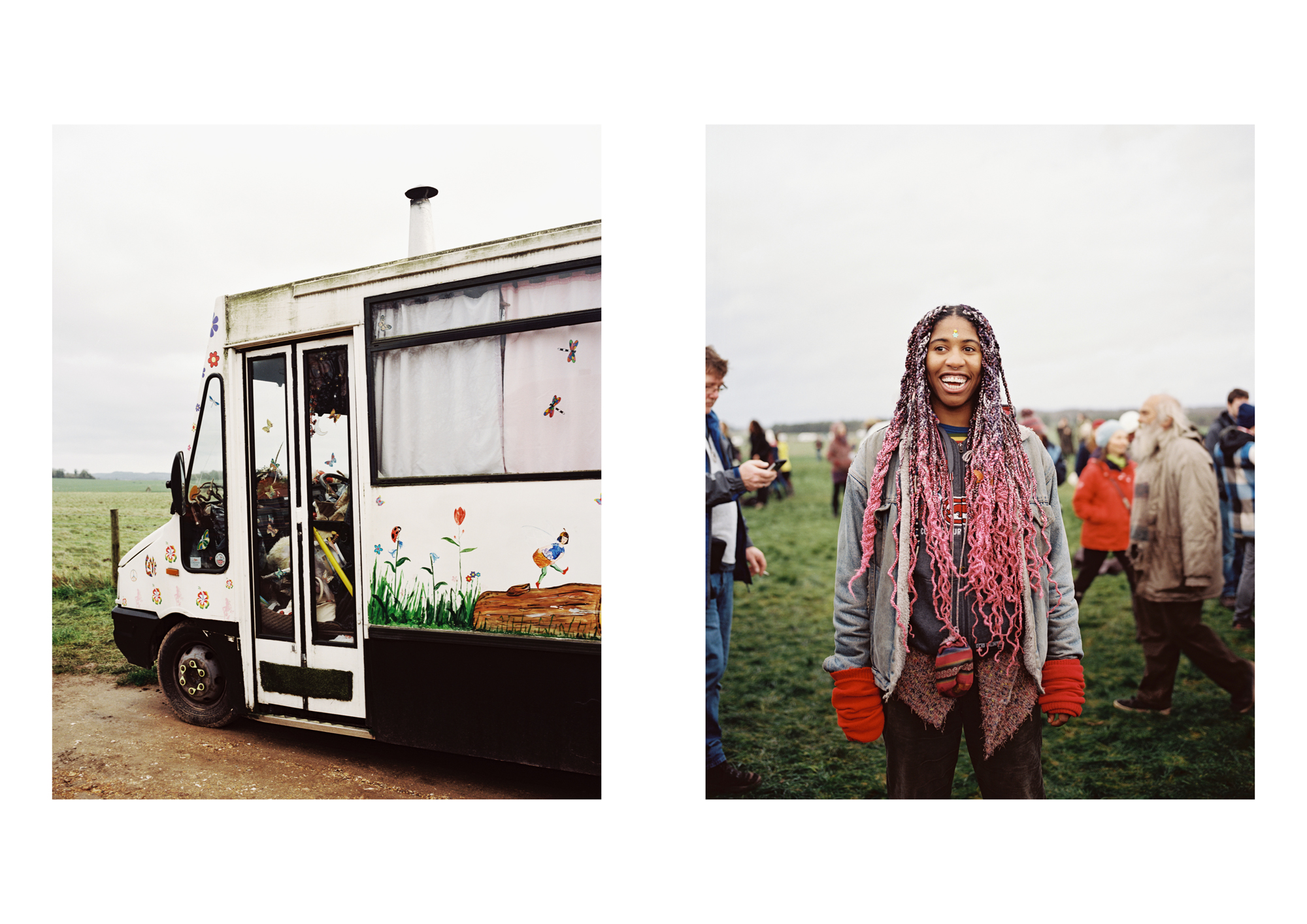 “Since ancient times, people have celebrated the solstice and observed it with many different cultural and religious traditions,” The photographer tells me. “Druids, pagans, revellers and others descend on Stonehenge to watch the sunrise, pray, meditate and perform rituals through which they affirm their deep spiritual connection with nature, honour their Gods and celebrate the seasonal festivals of the turning year.”

“Pagans don’t have manmade places of worship, they believe that religious ceremonies are best conducted out of doors, in woods, caves, on hilltops or by the sea.”

She attended each ceremony without a set of intentions, or a specific shot set in mind. Sophie was there to learn more, and to capture the underlying energy that has been bringing people together for centuries. 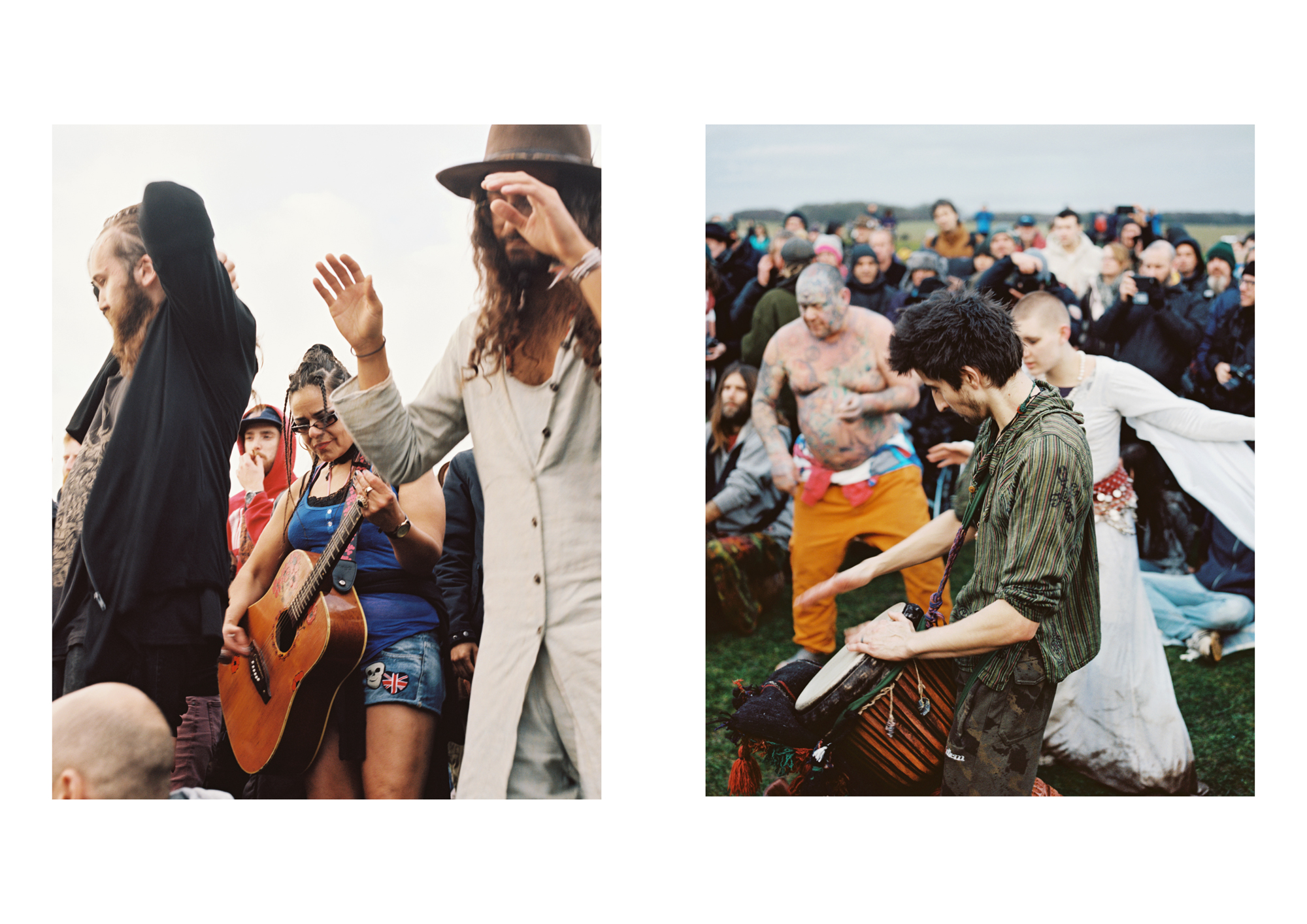 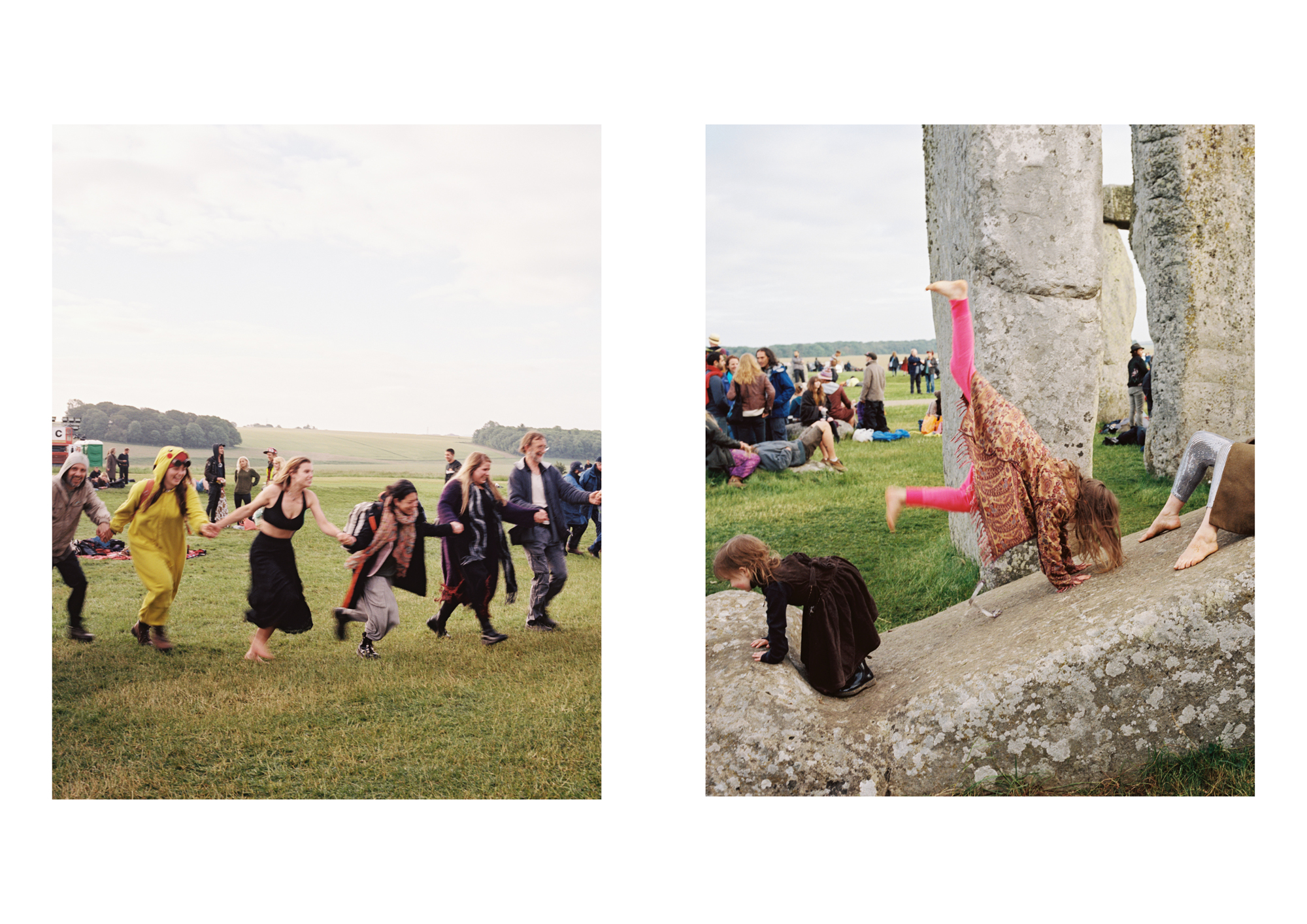 “I found everyone was happy to be photographed, but people attend the event with their own agenda and objectives and I was conscious not to infringe on their day like a tourist,” she tells me.

“Summer solstice at Stonehenge has turned into a big tourist attraction, I had a more authentic experience shooting at winter solstice as the crowds are fewer – summer solstice is over run by teenagers getting high which totally dilutes the event’s meaning and integrity. The event is heavily segregated between those who are worshipping and those who are watching, but it still feels an inclusive and unifying environment.” 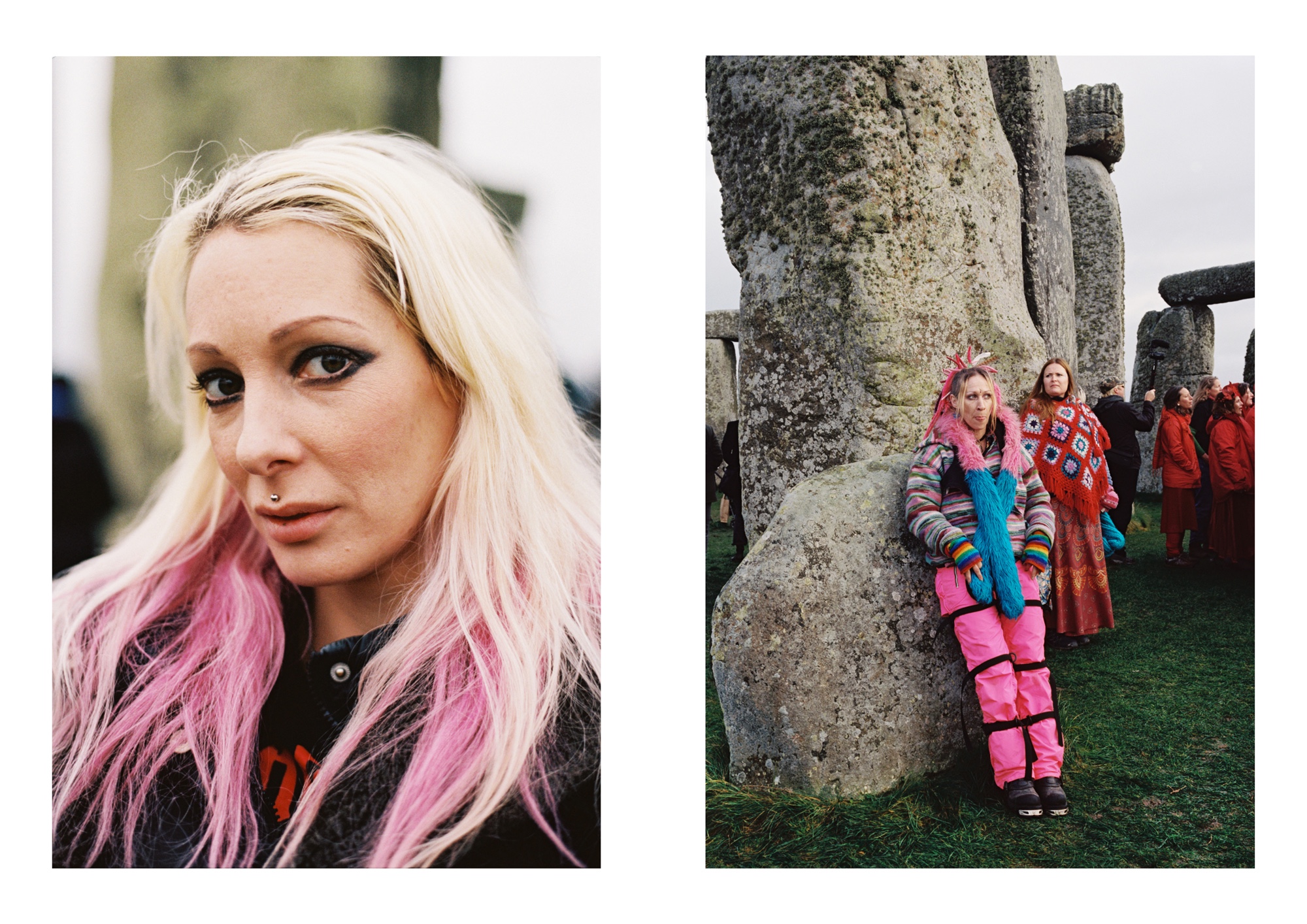 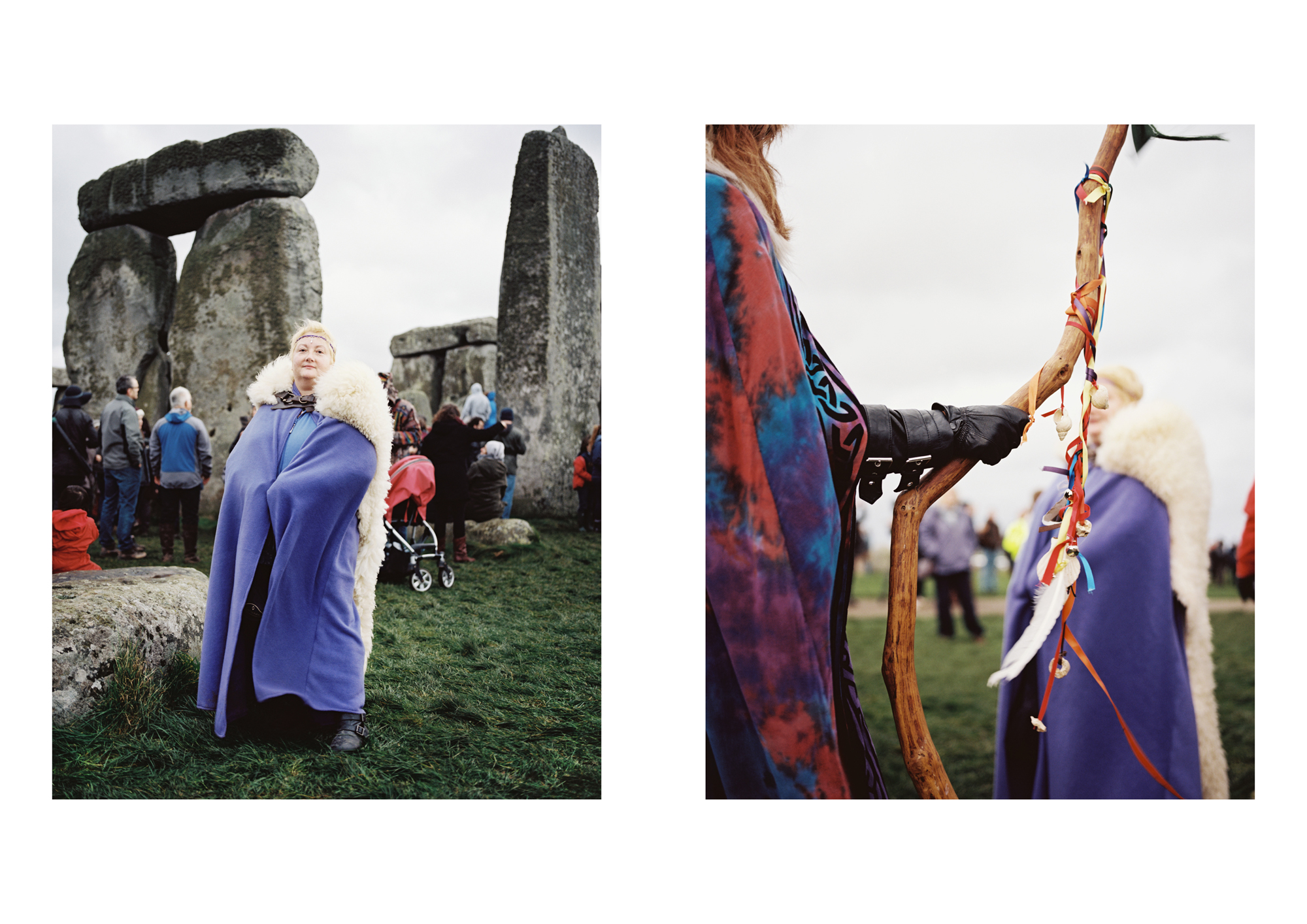 “I had many an impressive and educative interaction. I met a lady called Ellie known as ‘Mad Ellie’ to friends who socially and spiritually identifies as a fairy. I also met a French lady sporting a fully green outfit embellished by frogs who carried a staff. This same lady claimed her spirit animal was a frog.” 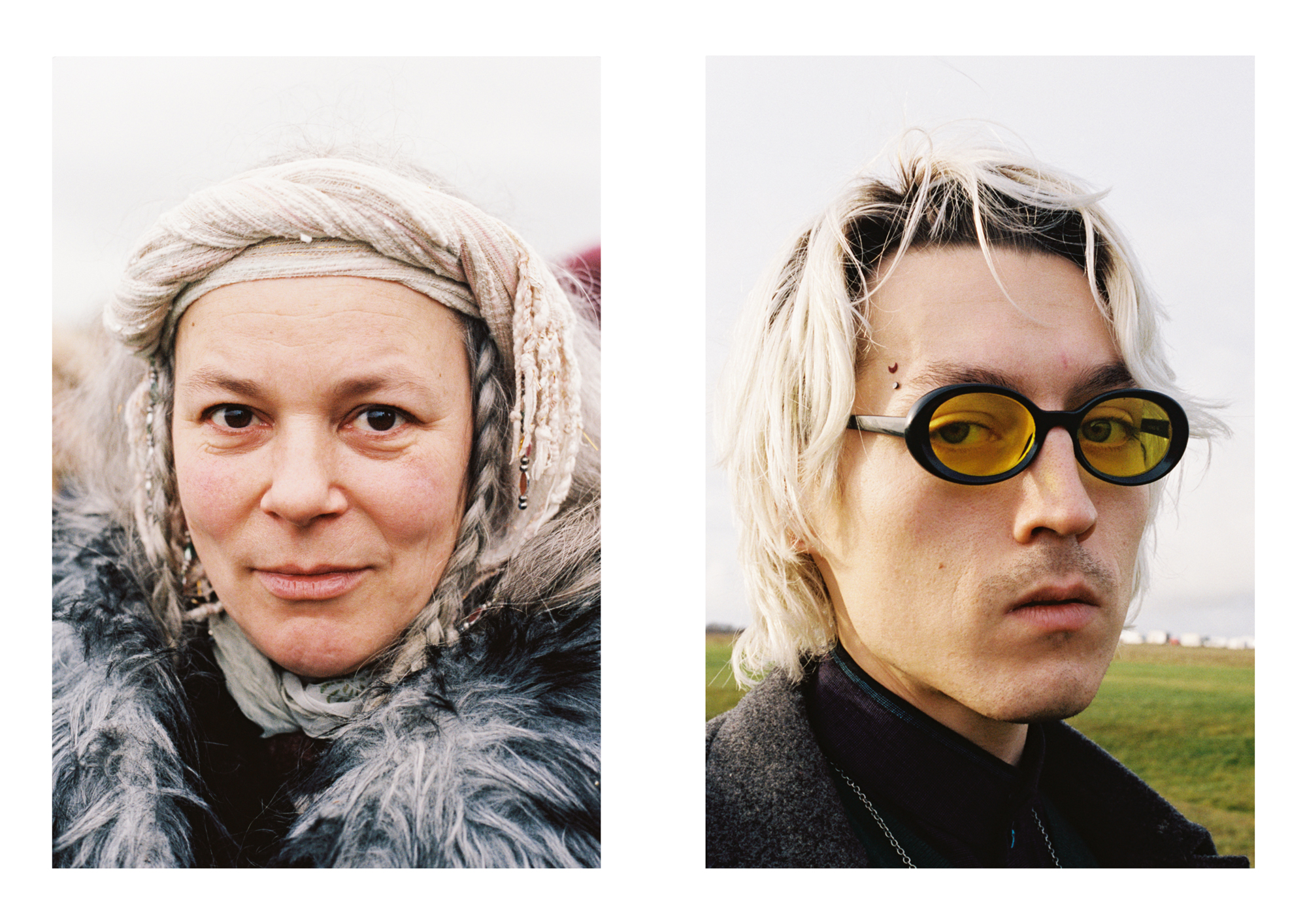 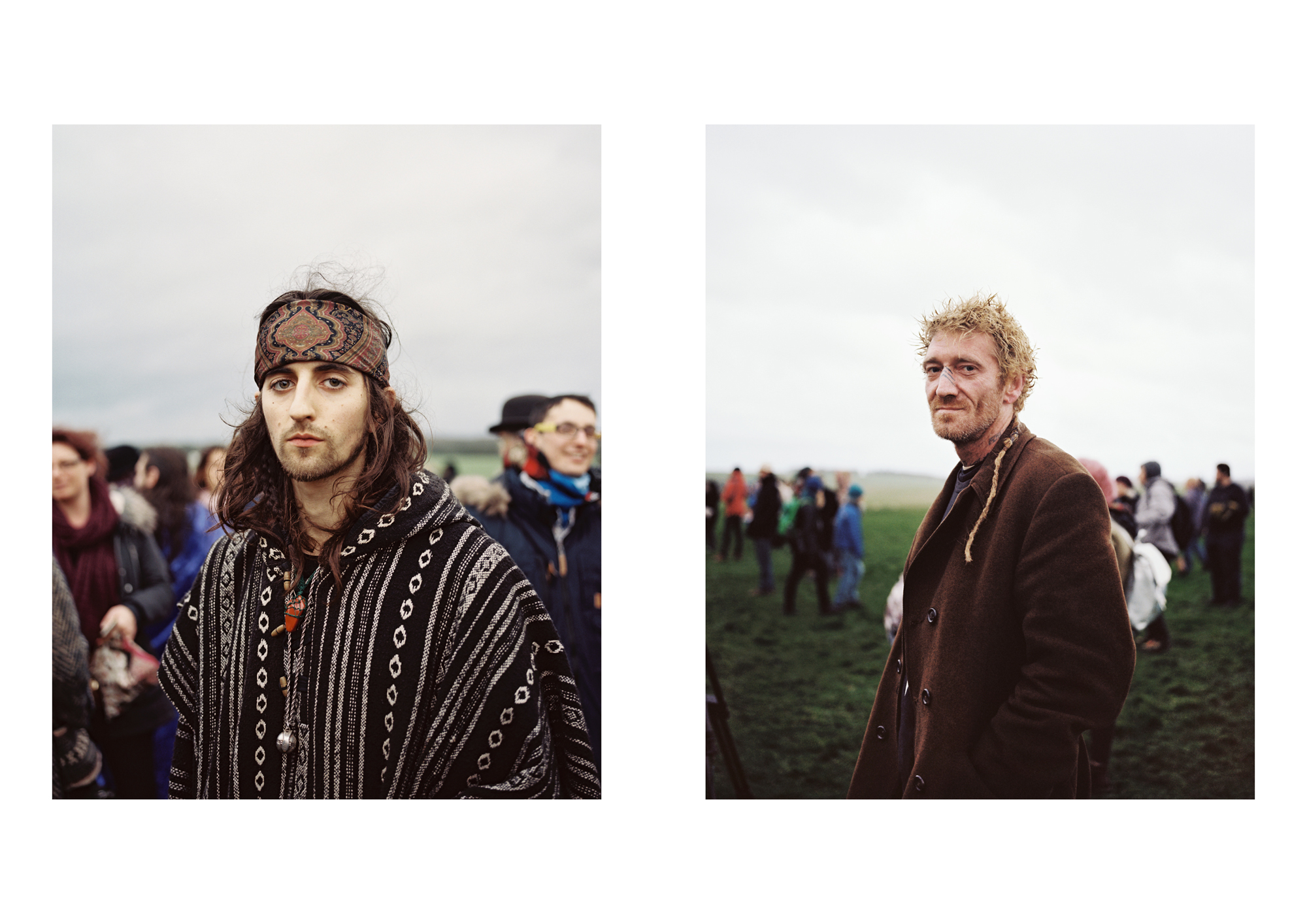 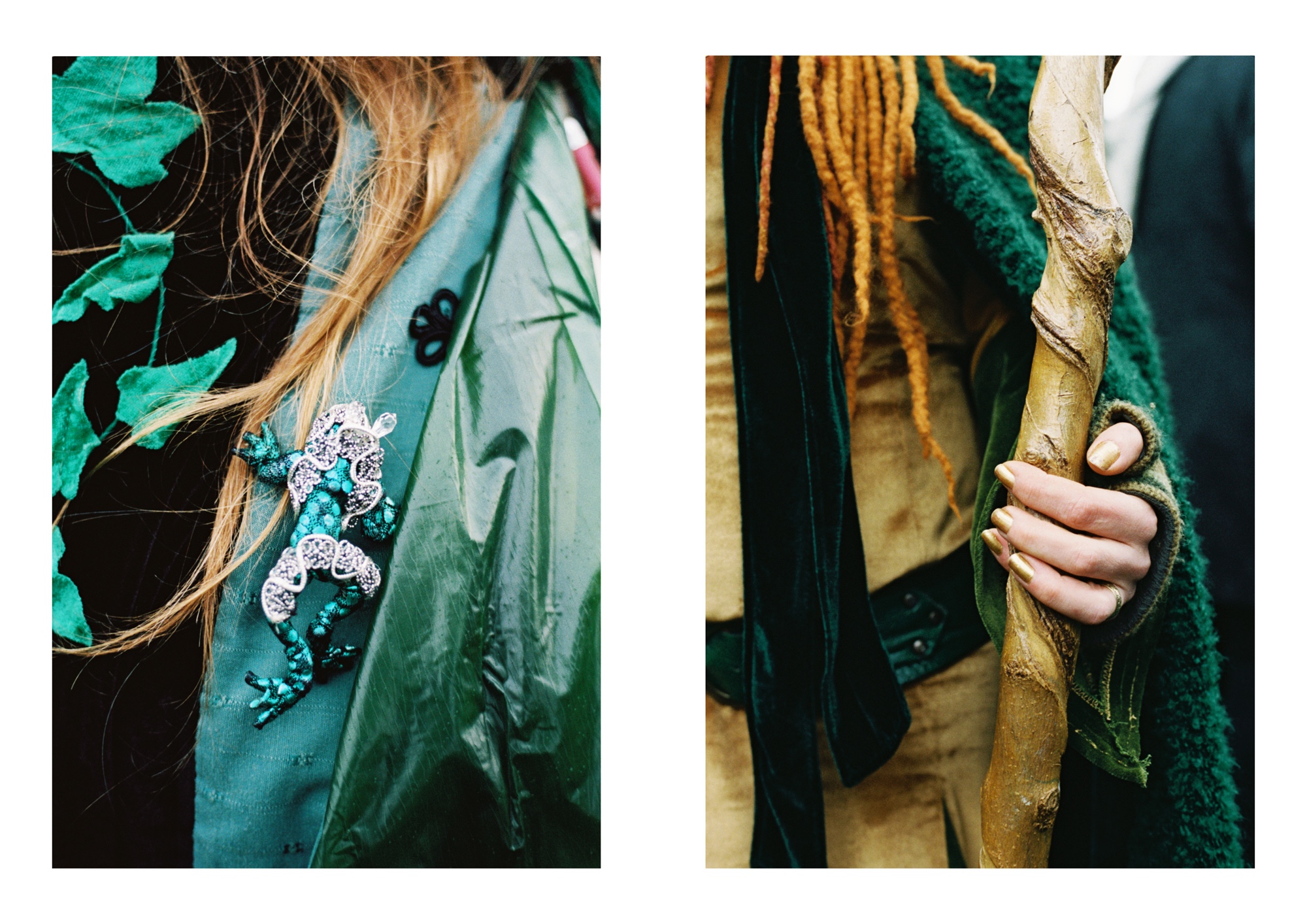 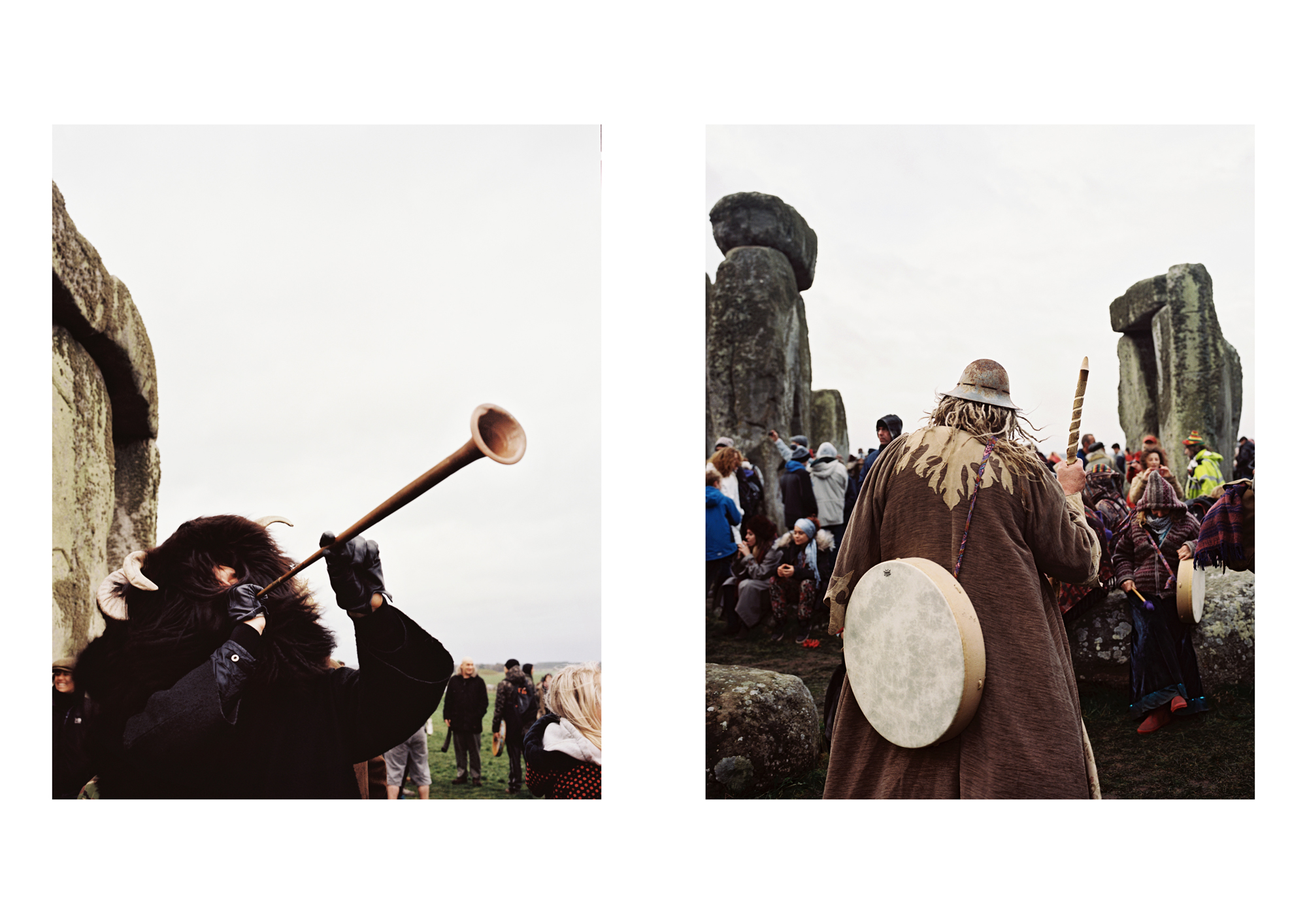 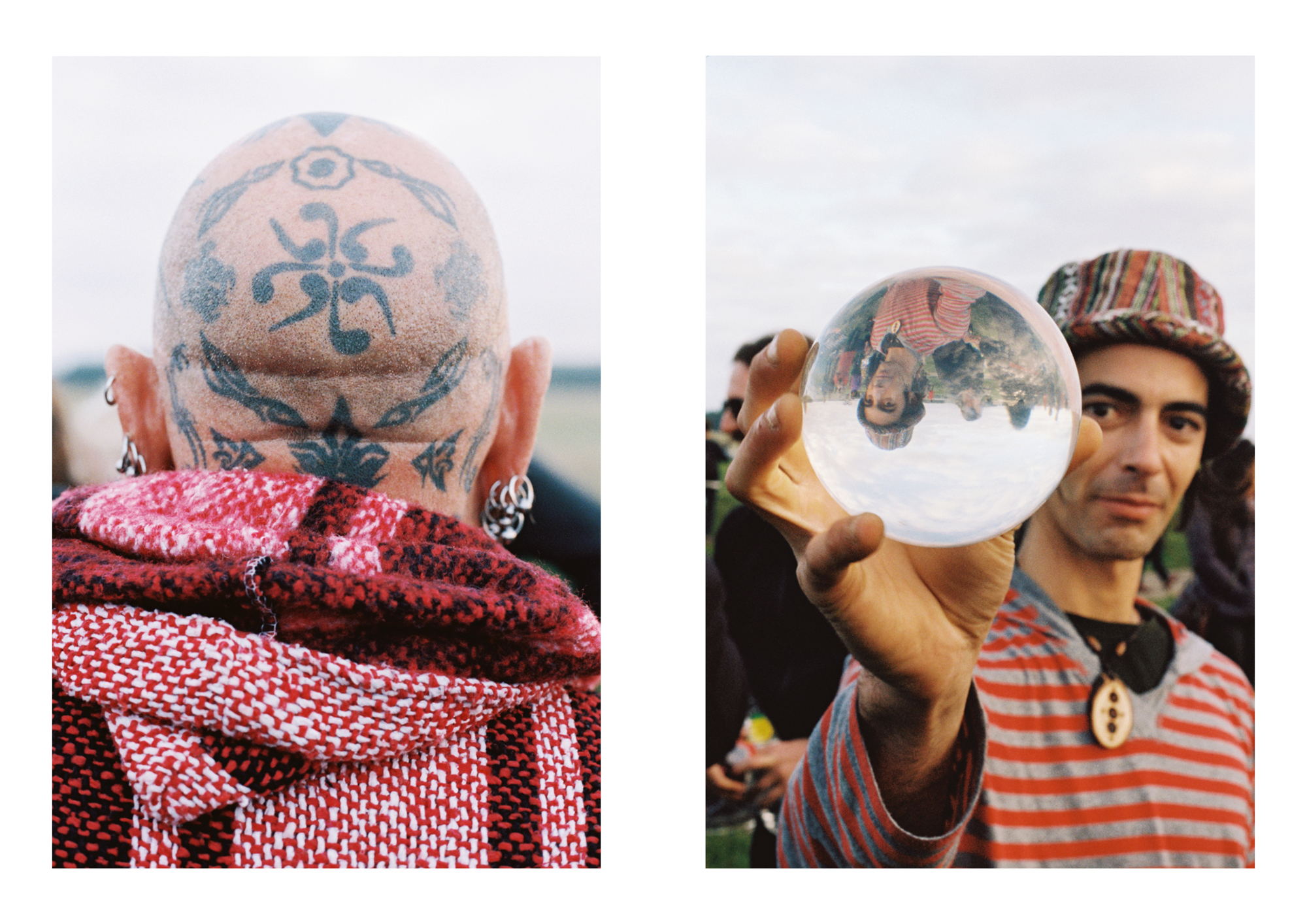 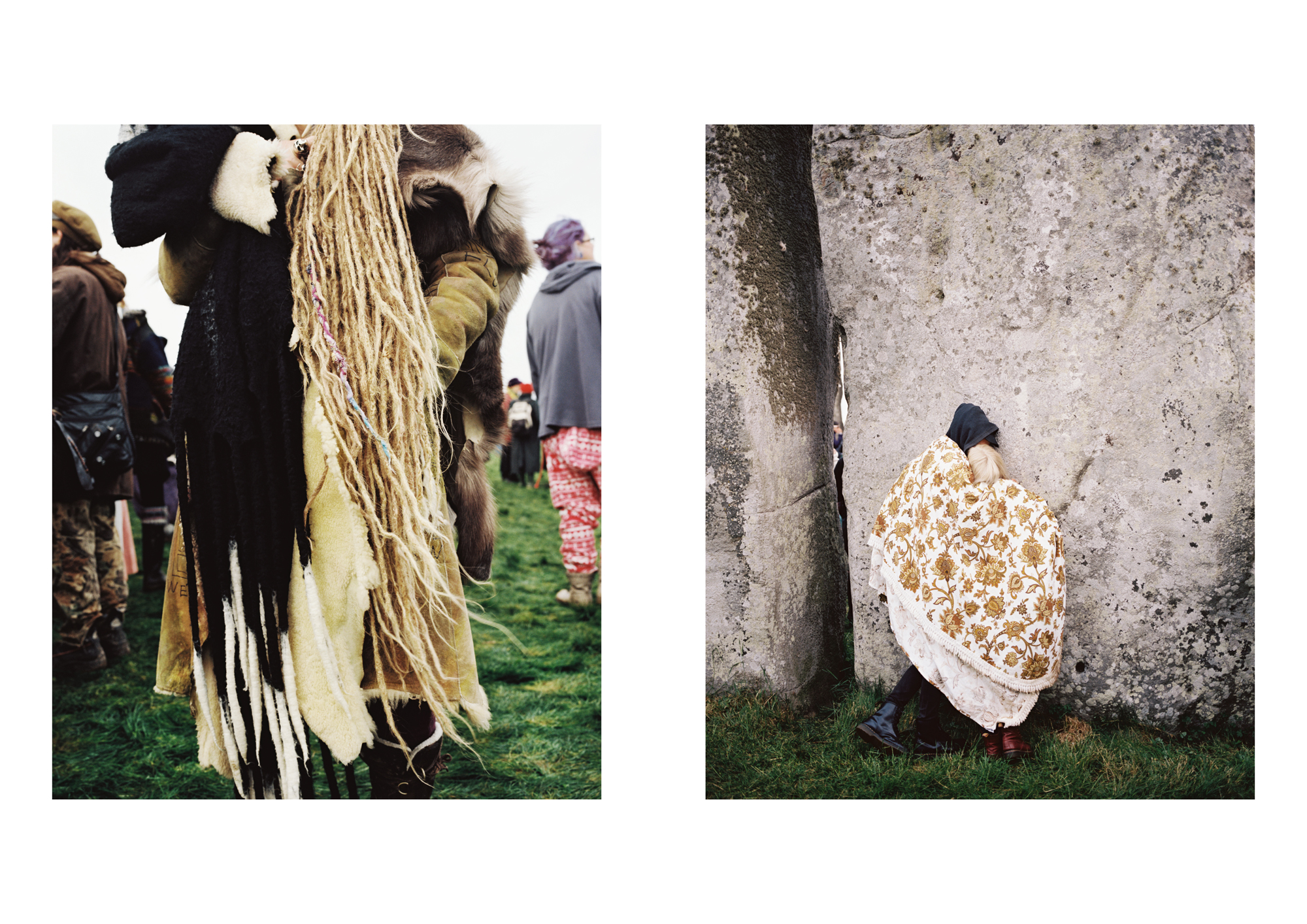 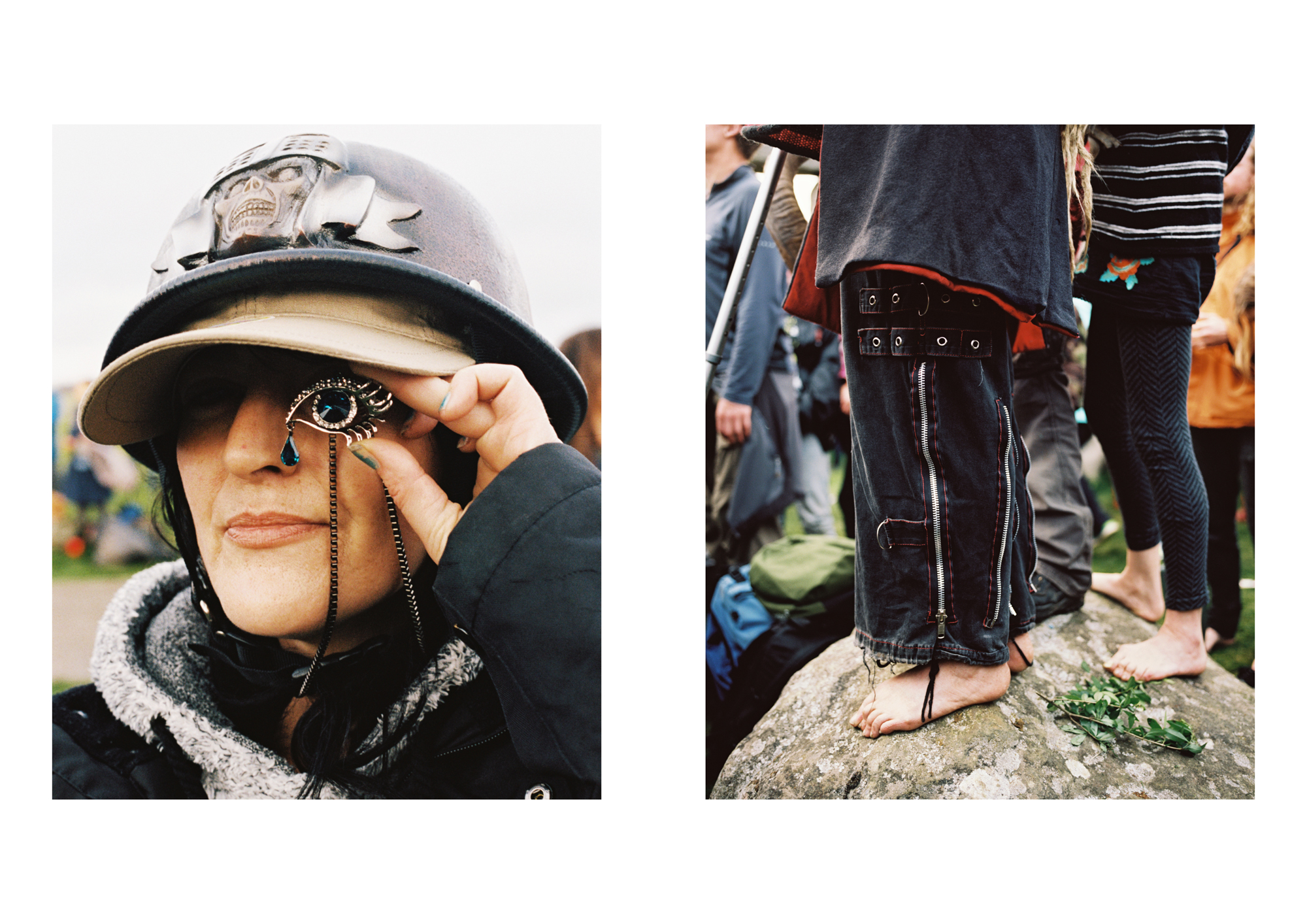 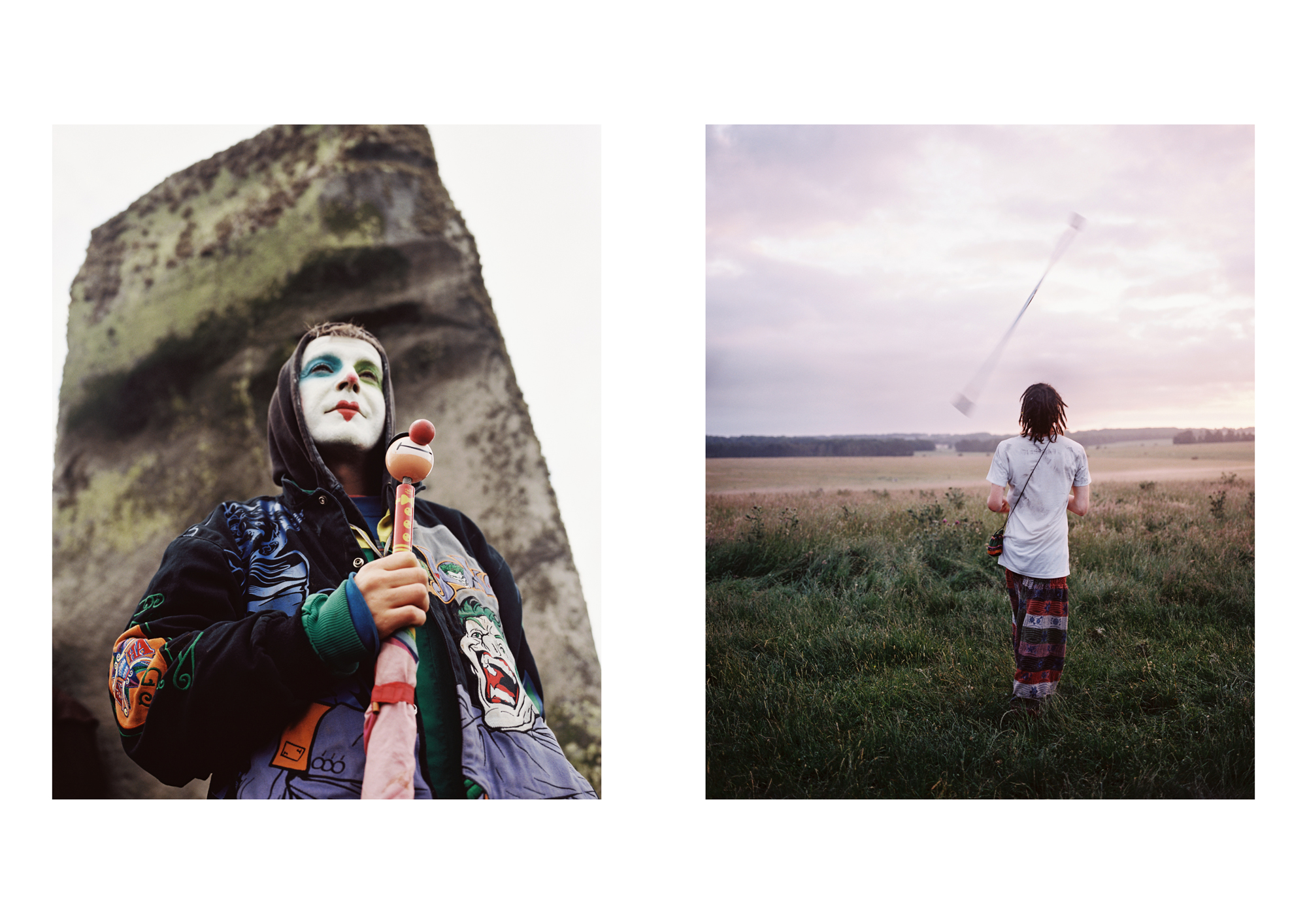 You can see more of Sophie Green’s work on her website.

Linkedin
RELATED ARTICLES
OTHER ARTICLES
Yohon Tatum, aka Legendary Father of the House of Tisci, reflects on nurturing a new generation of talent.
A new film from Berghaus traces the story of Adam Raja, who left behind a turbulent upbringing to discover the healing power of climbing.
Taking us through one of the most dynamic years in recent history, Laylah Amatullah Barrayn new photo book contains tender yet confrontational portraits.
A new podcast is opening up the conversation between trans women and trans amorous men in the hope of building coalitions.
A group of aid workers face prison for helping to save people fleeing their homes at sea. If they are charged, it will have a chilling effect on humanitarian efforts.
After fleeing the war in Ukraine, people are finding it impossible to secure affordable and decent housing in the UK.