Art & Culture / Photography / In Pictures: A dying way of life in the remote wilderness of Scotland’s Outer Hebrides 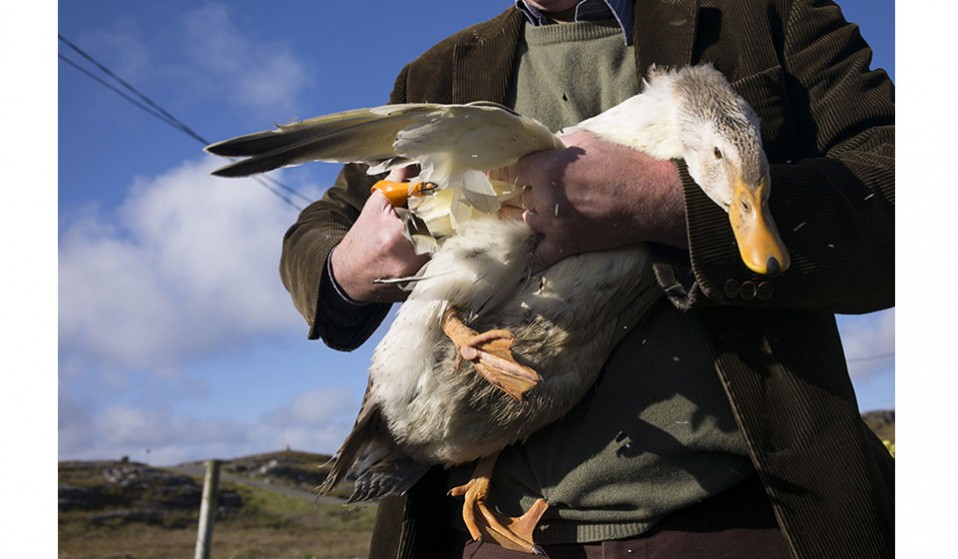 London-based photography partners Olivia Arthur and Philip Ebeling travelled to some of the wildest parts of the UK to capture an existence far removed from the city.

London-based photography partners Olivia Arthur and Philip Ebeling travelled to some of the wildest parts of the UK to capture an existence far removed from the city.

As life in the British metropolises becomes evermore industrialised it’s easy to forget that there are places in the country that aren’t defined by flat-pack high streets, boozers, and dodgy public transport.

The Outer Hebrides, a largely undeveloped island chain off the west coast of mainland Scotland, is one such narnia. But as employment – centred on fishing, tourism and tweed-making – dwindles young people are leaving in droves threatening the very sustainability of this ancient way of life.

With that in mind two photographers from London Olivia Arthur and Phillip Ebeling took a commission from Leica to travel to the mysterious islands and capture the traditional daily grind. We caught up with Olivia to find out more.

What’s your relationship with the Outer Hebrides?
We didn’t really have one before we went except that Philipp had a book of tales from the Hebrides as a child. They were stories of sunken islands that appear out of the mist once every 100 years and of the selchies (the seal people) and others. He remembered these vividly but neither of us had been there or knew anybody there prior to our first trip.

Why do you find them fascinating?
To us there is something very romantic in the remoteness. You feel like you are on the edge of the world. The first time we went in a camper van and went on a road trip around Lewes and Harris for days, our mobile phones did not pick up any signal. It was rainy and cold and we were driving through moors and mountains and camped on beaches and saw hardly another human being even though it was June and holiday season. 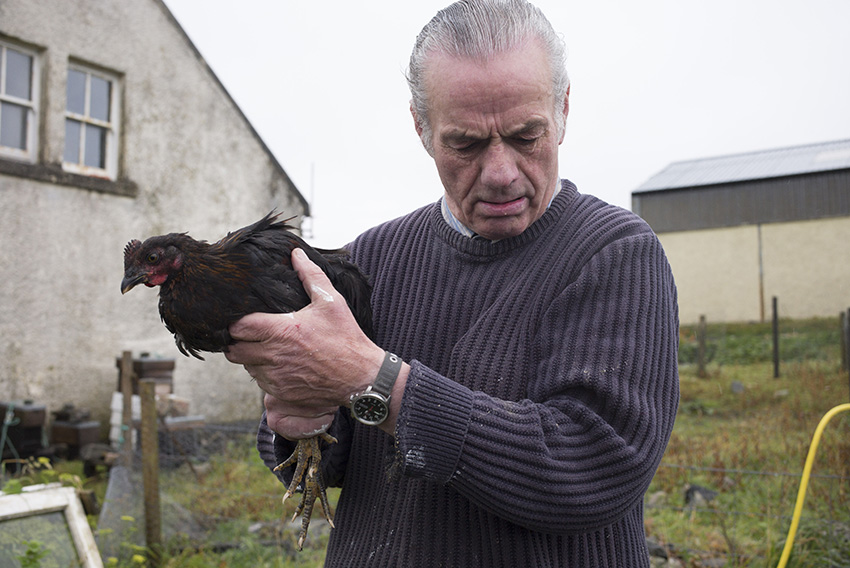 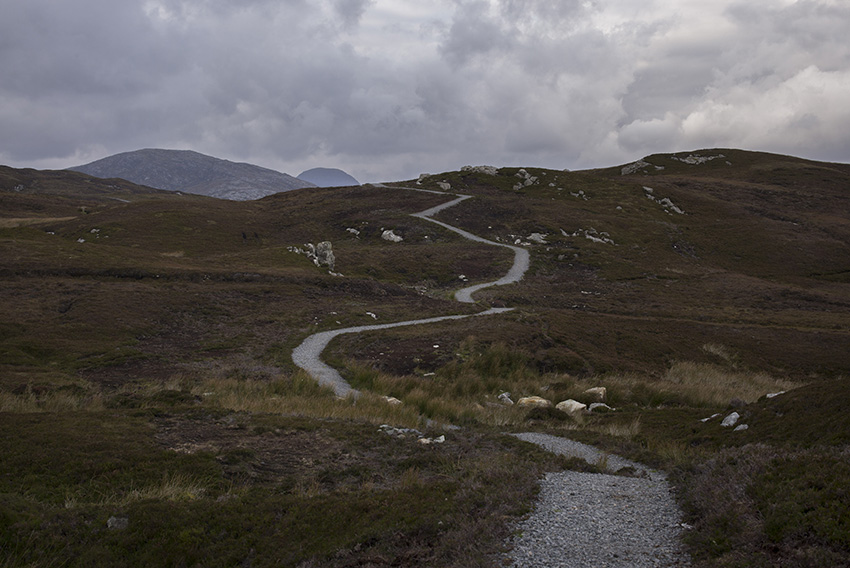 Scotland. Isle of Harris, Outer Hebrides. The path leading to the Scalpay lighthouse.

Going there you are really quite cut off. We had to get in the car and drive to the top of a hill if we wanted to pick up a mobile signal and if the winds are too strong the ferries don’t operate and you cannot return to the mainland. But people are very warm with each other. There is a strong sense of neighbourliness that we experienced particularly on our second trip when we rented a small crofter’s house in a little bay in south Harris. There is a very strong sense of being exposed to nature’s forces with the strong winds and ever shifting tides.

What are the conditions like out there?
It’s all water, wind and light or the absence of. I guess you can say it’s pretty unpredictable. On our first trip in June we expected summer and were met by five degrees and near constant rain. One night the winds blew so heftily that we were afraid they might rip the roof off our camper van. When we returned in October we expected fog and rain but had instead bright blue skies and purple glowing heathers. The land is unlike any we had visited before, very stark and evocative. It is bleak but also incredibly beautiful. People I think are addicted to the land the seas and the skies and the wind. Life can be quite challenging. Paricularly if you have a job that requires you to leave the islands it can be hard. If the wind is too bad the ferries shut down. There is an airport in Stornoway and apparently the planes fly with stronger winds than the boats go, but that too has to shut from time to time. You struggle to get mobile phone reception, there are only very few shops, many people have to drive miles for basic services etc. 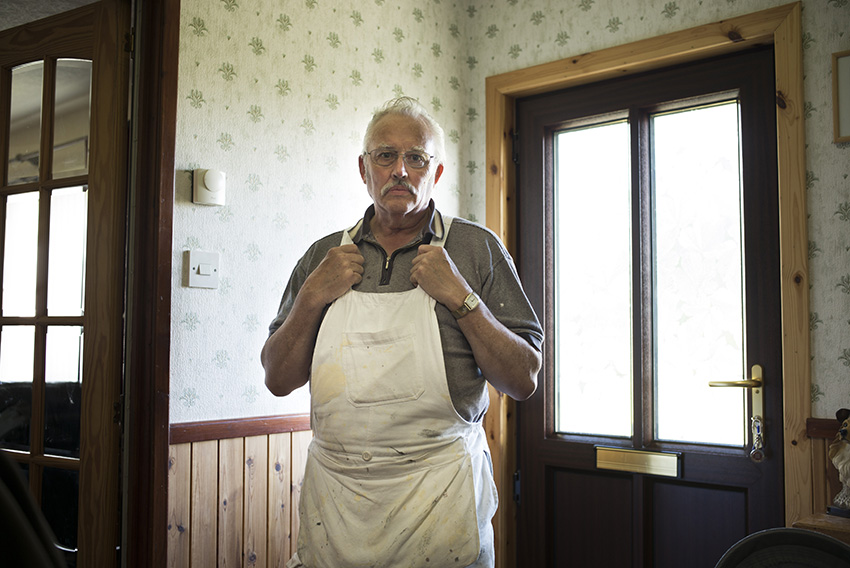 Scotland. Isle of Harris, Outer Hebrides. Dennis the painter in his house in Tarbert. 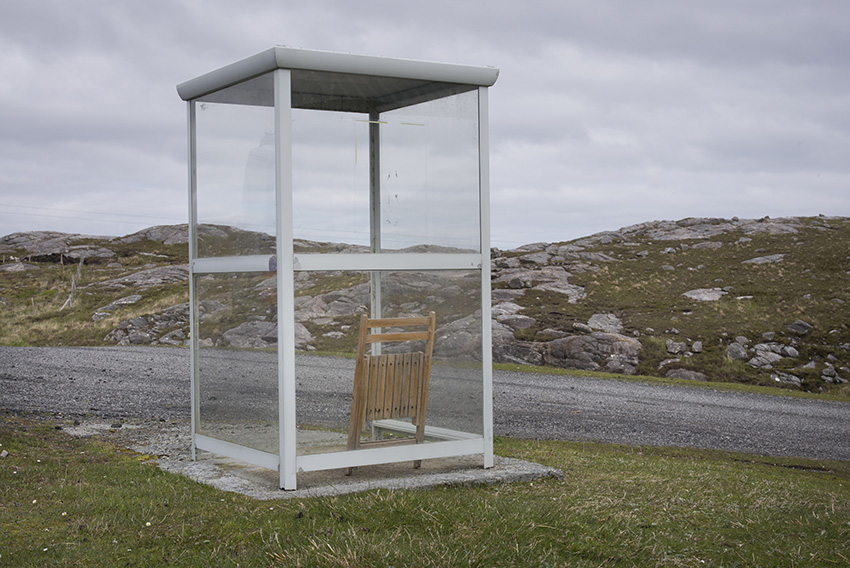 What sort of challenges face people living there, compared to the city?
Continued from the last answer: Many villages throughout the islands suffer from a dwindling population, particularly young people struggle to make a successful future on the islands, so they leave for the mainland. With young people leaving there are fewer families, which in turn put pressure on schools and doctors until they cannot afford to maintain their services and leave too and you are on a downwards spiral. There are too few jobs to go around to keep people there.

What do people do for work?
Fishing, tourism and on Harris there is the tweed-making industry but I think it employs only a small number of people. A few services in the town like butchers, doctors, shop assistants, teachers etc. Not much more.

Is there much to be learnt from the Hebrides way of life?
Still today many Hebrideans have a strong connection to their land. They may grow their own food and keep chickens for example. Many have boats and will fish for their own needs and they understand the tides and the winds. We have met young and old men out in the moors cutting peat to heat their houses. They will keep and recycle building materials because it is often expensive or downright impossible to get spares. There is something very wholesome about the way of life on the islands.
And then of course there is storytelling. The heart of our project and what guided us throughout were the stories that came from the lands and the seas. In the old days every village used to have its bard who would entertain the families and villages would compete for the best stories, people would go from house to house to share the gossip. That might not be the case any more with TV and phones, but the stories are still around and people still enjoy hearing them. As part of our project we worked with a local storyteller, Ian Stephen, who is busy keeping the old tradition alive and who is an amazing person to listen to. 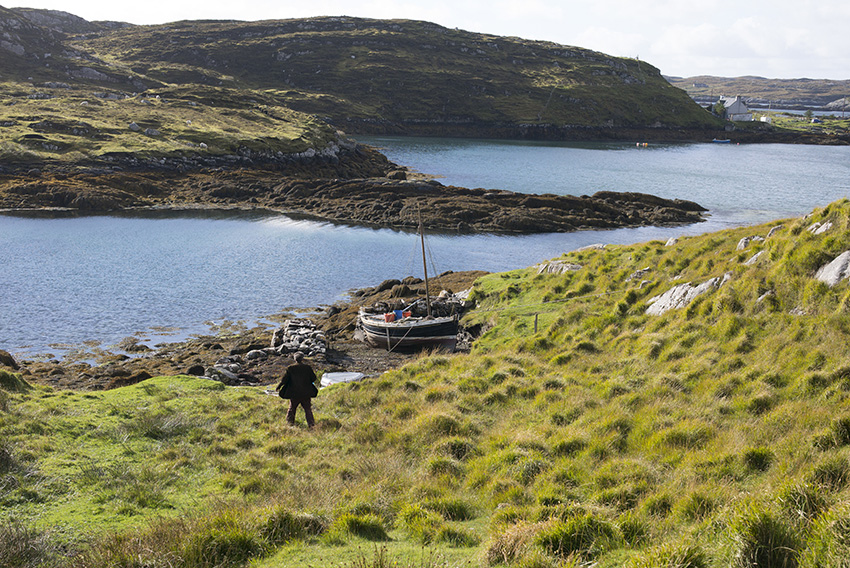 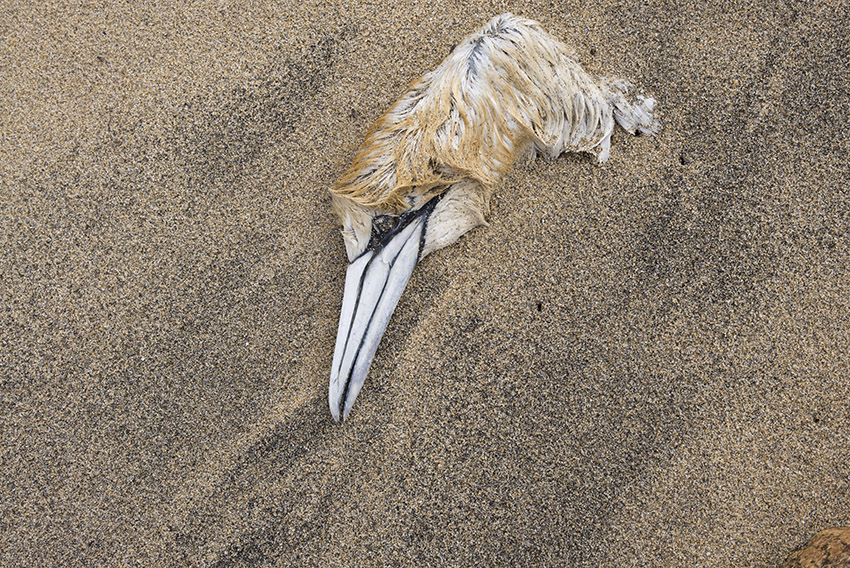 Scotland. Isle of Harris, Outer Hebrides. A ganet burried in the sand.

What do you think of its future?
Well having said all the above, which sounds admittedly a little bleak, we think there might well be a re-appraisal of remote places like Harris and Lewes going on in the future. As ever more people live in cities, nature becomes more valuable again. We all need to feel the wind on our face and breathe fresh air from time to time to remind us of what it means to be human. And many people who make their lives on the islands have a strong bond with nature. And life on the islands is becoming easier. Internet shopping is becoming widespread and more and more people can work from home with fast internet connections and more flexible work hours. We came across many people who are particularly attracted or attached to this way of life and the remoteness of the place.

Linkedin
RELATED ARTICLES
OTHER ARTICLES
Covered in dust and cattle blood, two friends Ben Rutherford and Josh Cunliffe push past self-doubt to capture a portrait of life in the Outback.
theprintspace photo lab and youth culture picture agency PYMCA collaborate on Lost in Music, the most comprehensive exhibition of club and dance culture images ever.
Iranian women are much more than their own country and the West perceive them to be. A new project by London-based Iranian photographer Keymea Yazdanian reveals the truth.