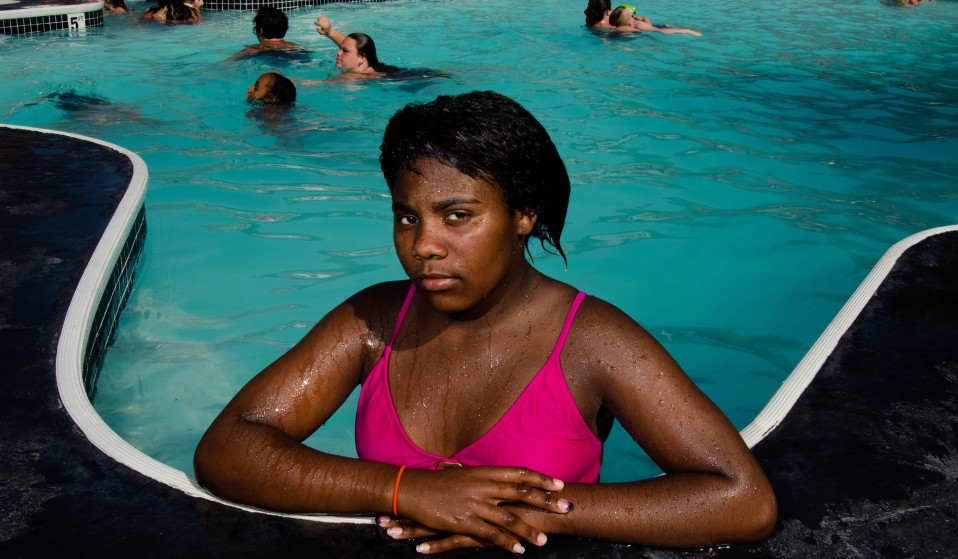 Across Appalachia, photographer Stacy Kranitz is embedding herself into the frame, turning strangers into lovers, subjects into friends, and exploding the myth that photography is objective.

Across Appalachia, photographer Stacy Kranitz is embedding herself into the frame, turning strangers into lovers, subjects into friends, and exploding the myth that photography is objective.

I use photography to examine and reflect on a legacy of representations of poverty. But I may not be the photographer you want me to be.

I am not filled with a noble desire to show the world a certain type of injustice in hopes of remedying it. I’m not interested in a narrative of good versus evil.

The photographs in my project, As it was Give(n) to Me, are meant to engage in a rhetoric established by the early missionaries to Appalachia – a mountain range in the eastern US – and then reasserted by photographers and documentarians for nearly a century.

Along the way, I learned how the problematic trajectory of representations of poverty in Appalachia had been activated through photography. 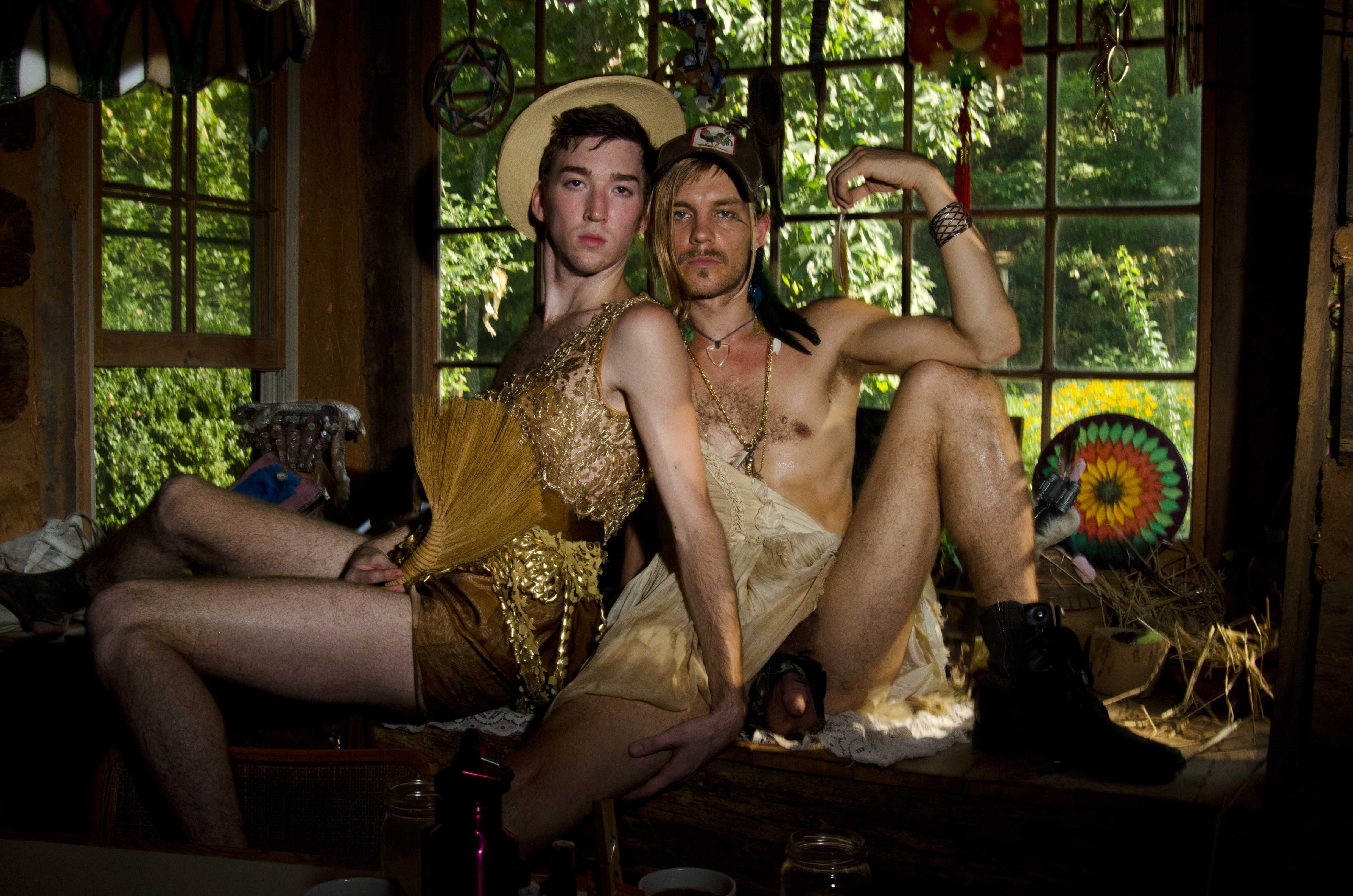 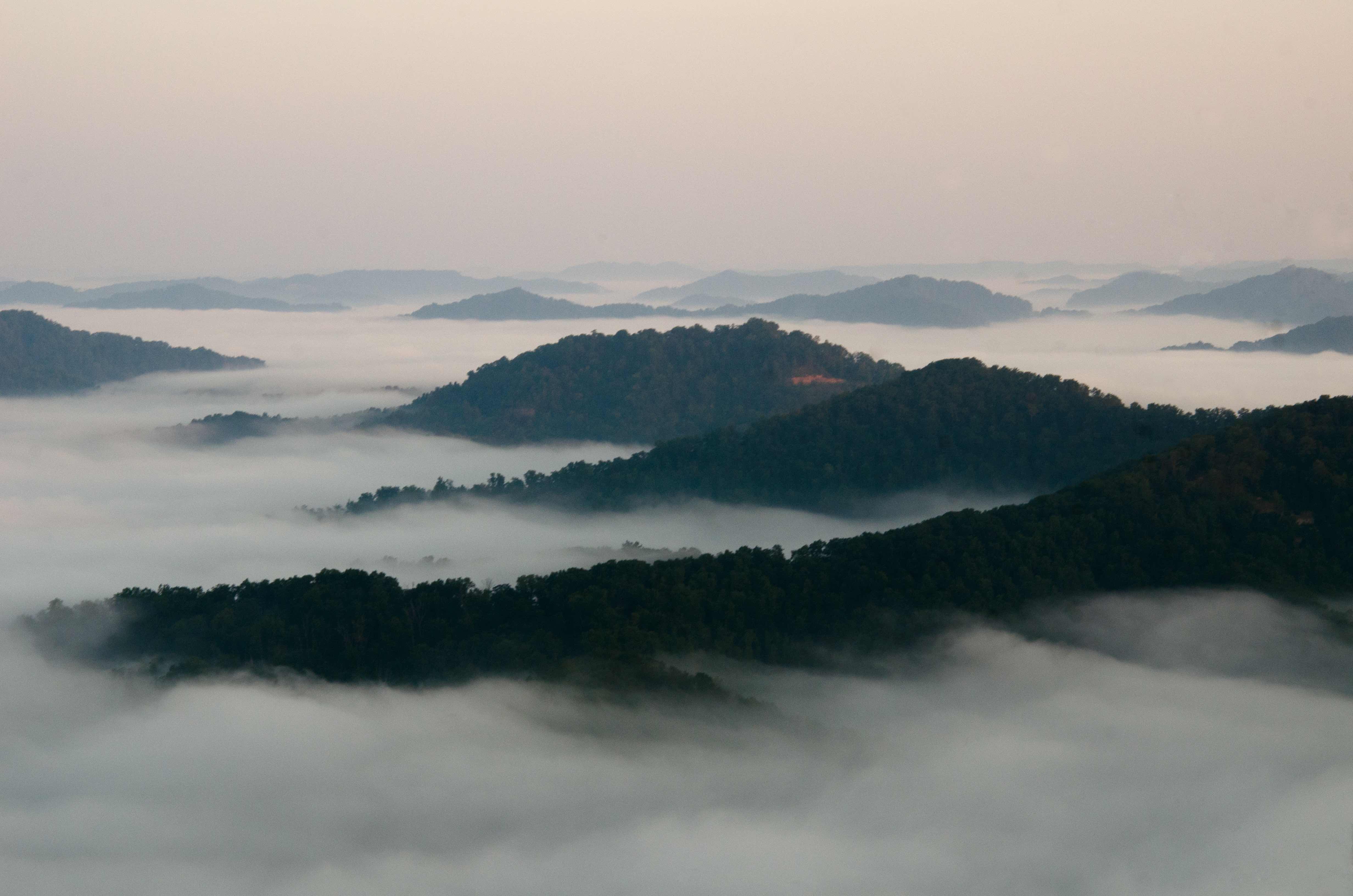 Since Lyndon B. Johnson announced the War on Poverty in 1964, photographers have portrayed Appalachia as the poster child for American poverty.

This image has haunted its people ever since. Those responsible for these misrepresentations likely had the best of intentions, but they contributed to unfair stereotypes of a rural group of people who already felt ostracised from the ‘Great Society’.

And there I was, another photographer utilising the medium that I knew exacerbated the problem.

I have always struggled with the documentary tradition. I find photojournalism’s strict ethical guidelines – meant to enforce a supposed impartiality – disingenuous.

I struggle with the way social documentarians impose judgment without acknowledging the complicated power dynamic between themselves and their subject. 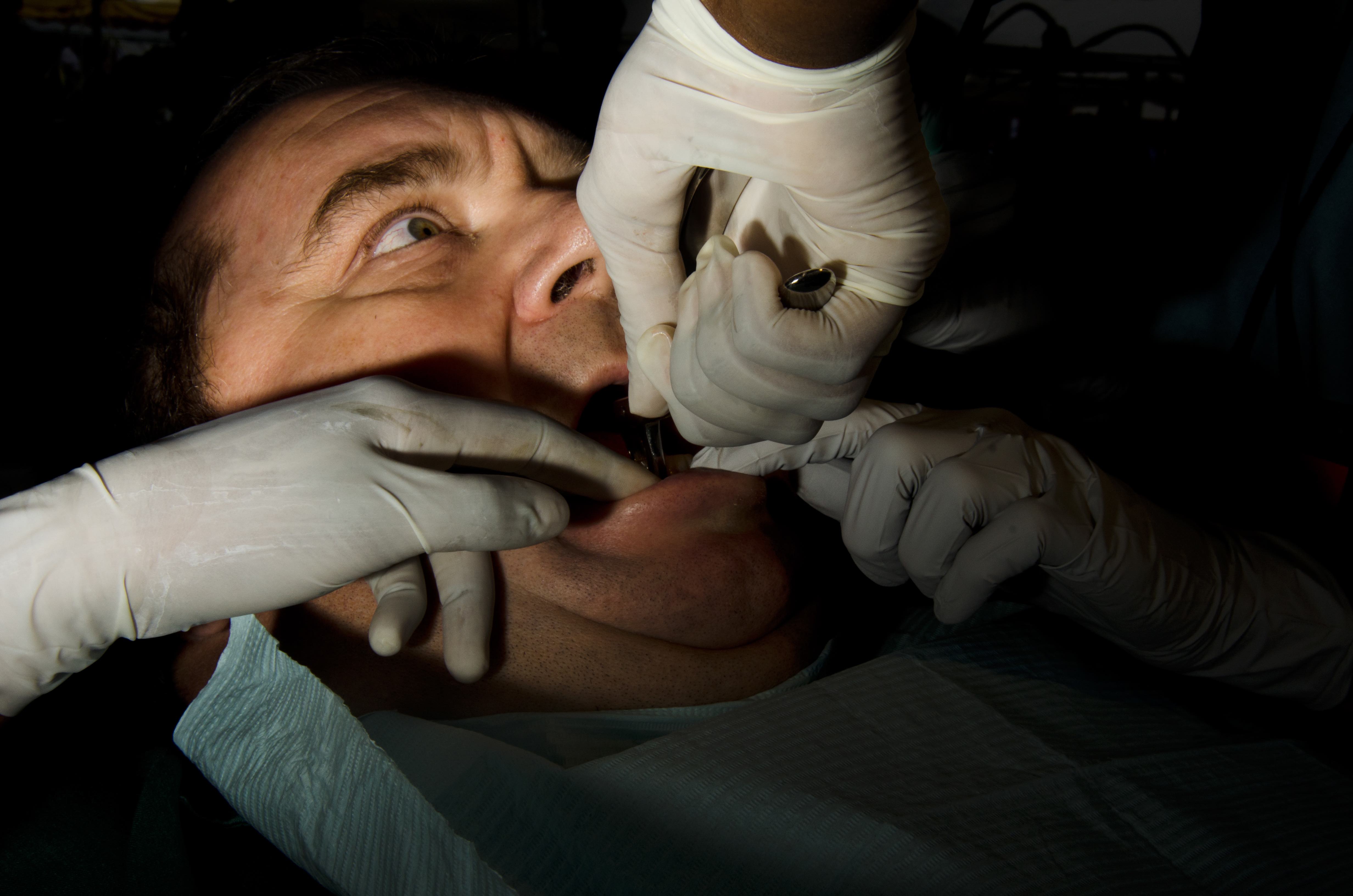 It was not until I learned of writer James Agee and photographer Walker Evans’ work in Alabama, exploring the conditions of white sharecropper families, that I came to see a precedent for my work: one situated in the tenuous space between reality and constructed notions of truth.

Agee’s self-reflexive text acknowledges his role in depicting an exotic primitivism and the inevitable failure of such a project to impart any real understanding of the Other.

One New Year’s Eve, I visited my friend Pat at his home in West Virginia. There was a keg of beer and a bonfire.

It was cold and we got drunk and took lots of drugs. I tend to do the drugs my friends and subjects are doing while making my work.

This makes me feel like I am getting closer to someone else’s circumstances, though I am conscious that this may not be the case.

In the same vein, I freely offer my camera to people who express an interest in making images. At the party that night, I showed a young woman named Brooke how to use my camera.

At some point, after snorting a line of the government-funded prescription drug Subutex, I blacked out. Brooke was still taking pictures. 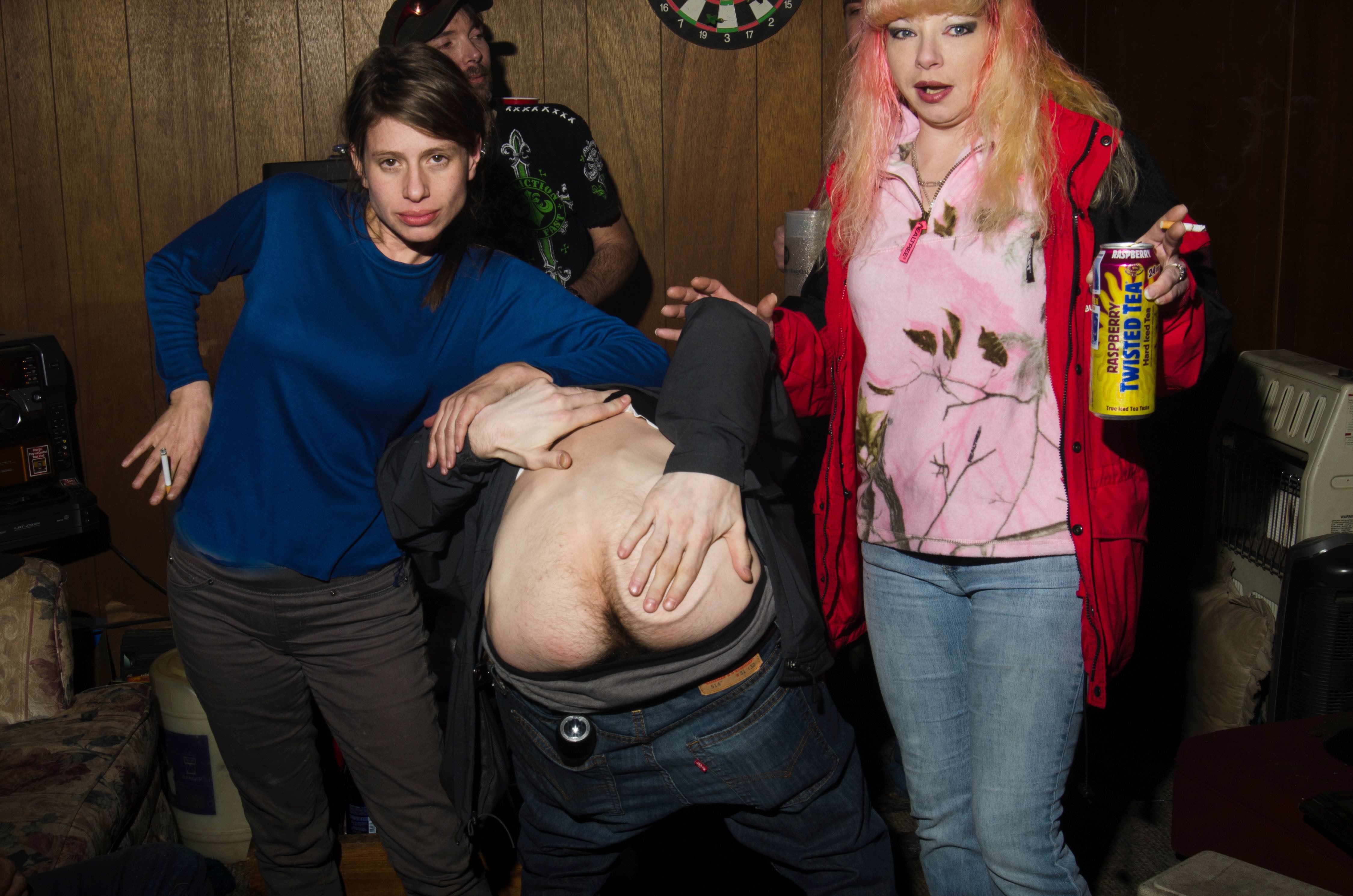 Stacy Kranitz at a party in West Columbia, West Virginia. Photo by Brooke.

I have no memory of this time, just a record of it.

All photographers have complicated interactions with constantly fluctuating power relationships, and because I am trying to make work about the shifting nature of this relationship I have become captivated by these images of myself in a state of utter vulnerability and obliviousness.

Brooke’s photographs represent the first time that I have been implicated in the relationship of consent that my subjects regularly endure at my request.

When I was a child I watched Christy, the TV miniseries based on a colour romance novel by Catherine Marshall.

It’s a seductive story about a young missionary who moves to a small community in the Great Smoky Mountains to teach poor mountain children how to read and write.

Christy is sure of herself and of her role to improve the lives of those around her, but as the narrative unfolds she learns that there are many versions of right and wrong and many ways to be good, true, kind, loved and loving. 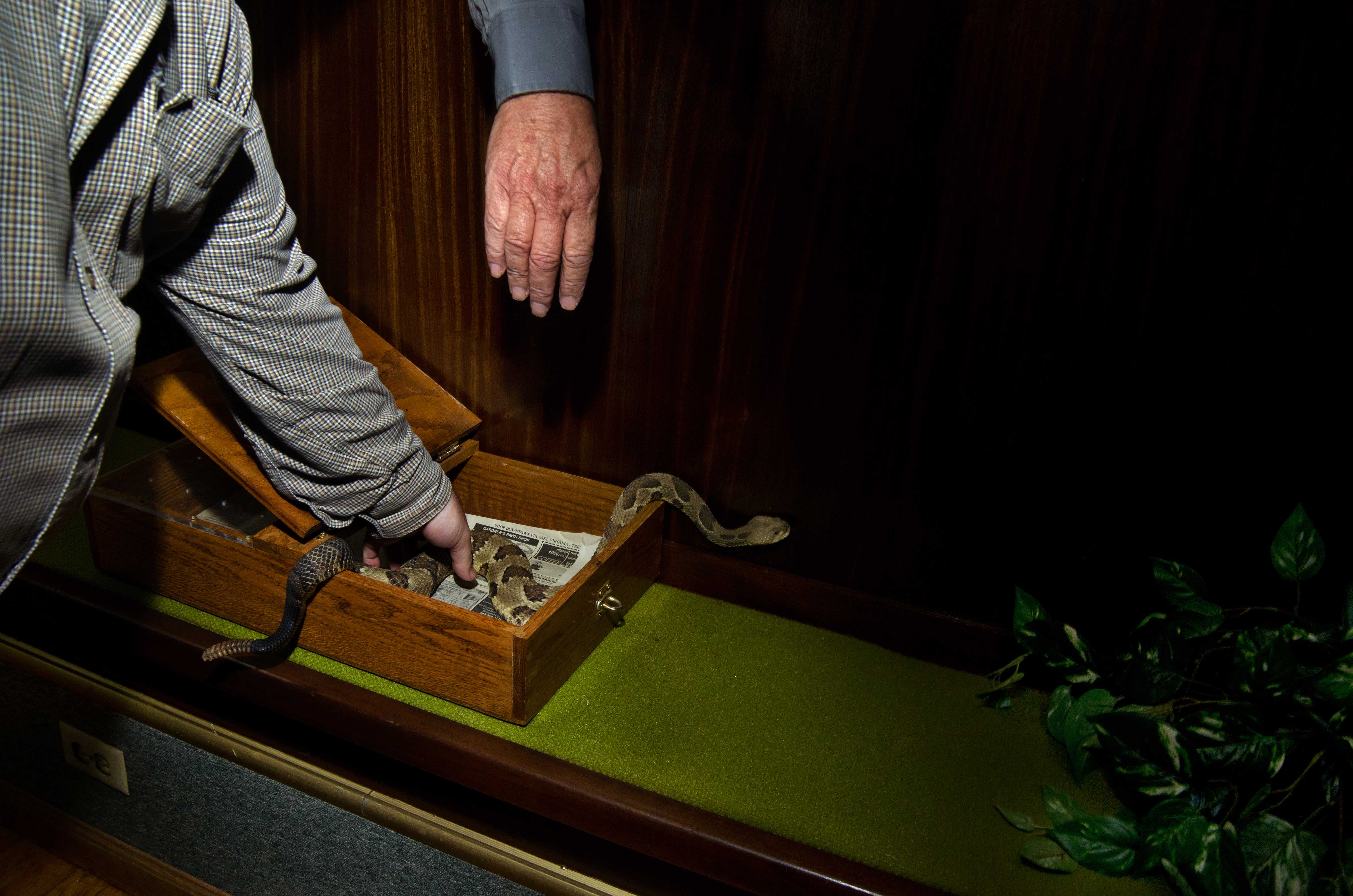 In revisiting this story, it became clear that, on some level, I had come to Appalachia to construct a fantasy world for myself.

My desire to explore my perceptions rivals my desire to provide an objective portrayal of where I am, especially since I know the idea of an objective reality is a fantasy.

Like Christy, my experiences have challenged what I’d long established as personal truths about the region, undoing my understandings of myself and revealing the complexity of this diverse network of communities.

So while I may not be the photographer you want me to be, my work exists to generate a conversation: a mission it has not failed in yet.

Linkedin
RELATED ARTICLES
OTHER ARTICLES
The novelist discusses his electrifying debut, which offers a deft examination of masculinity under late capitalism.
From Brooklyn gang members, to Welsh miners and the residents of East Harlem, Bruce Davidson used his camera to shine a light on the most marginalised.
The internet furore surrounding a certain NY-based furniture designer should make us question whether condemning people in the harshest possible terms harms more than it helps.
While the popular news aggregation service has been kicked off Twitter, its demise does not spell the end of digestible misinformation.
In Sheffield, food delivery drivers are fighting back against one of the giants of the gig economy.
Those set to be impacted by the governments ’undemocratic’ bill explain why it risks silencing them.