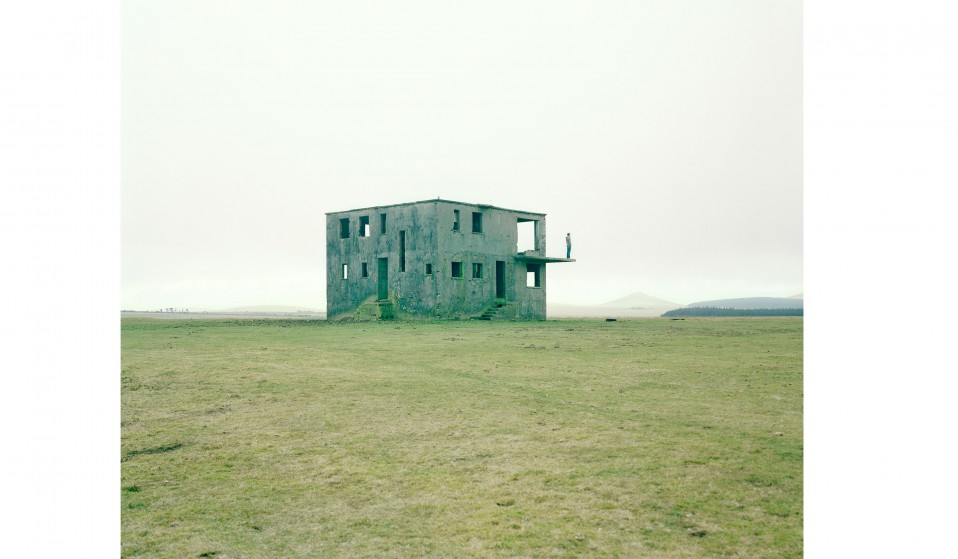 i
Andy at the Abandoned Airfield, 2009

“I love this light,” says photographer Spencer Murphy. “There’s not too much drama in the lighting. It’s similar to what you get at dusk and dawn – this weird clarity.” The tide is out and we’re looking out across a vast expanse of estuary mud in Leigh on Sea. It’s a typically grey and overcast English afternoon. “If I came here [to photograph], I’d want to get out there,” he says, pointing to the smoking chimneys on the other side of the murky water, “see how close I could get to all these crazy industrial bits over there.”

With the boats sitting stranded on the mud and the grey haze that covers everything, the bleak landscape could almost work as a location for Spencer, who’s known for his moody shots of eery and desolate spaces – usually shot in the ethereal light of dawn or dusk. But today Spencer is in town for the opening of his solo show, Ephemera, at Francesca Maffeo Gallery, which unites his documentary and landscape work with his widely respected portraits, such as his Taylor Wessing Prize-winning shot of jockey Katie Welsh.

We caught up with Spencer to find out more about Ephemera, his search for desolate spaces and how he sees time. 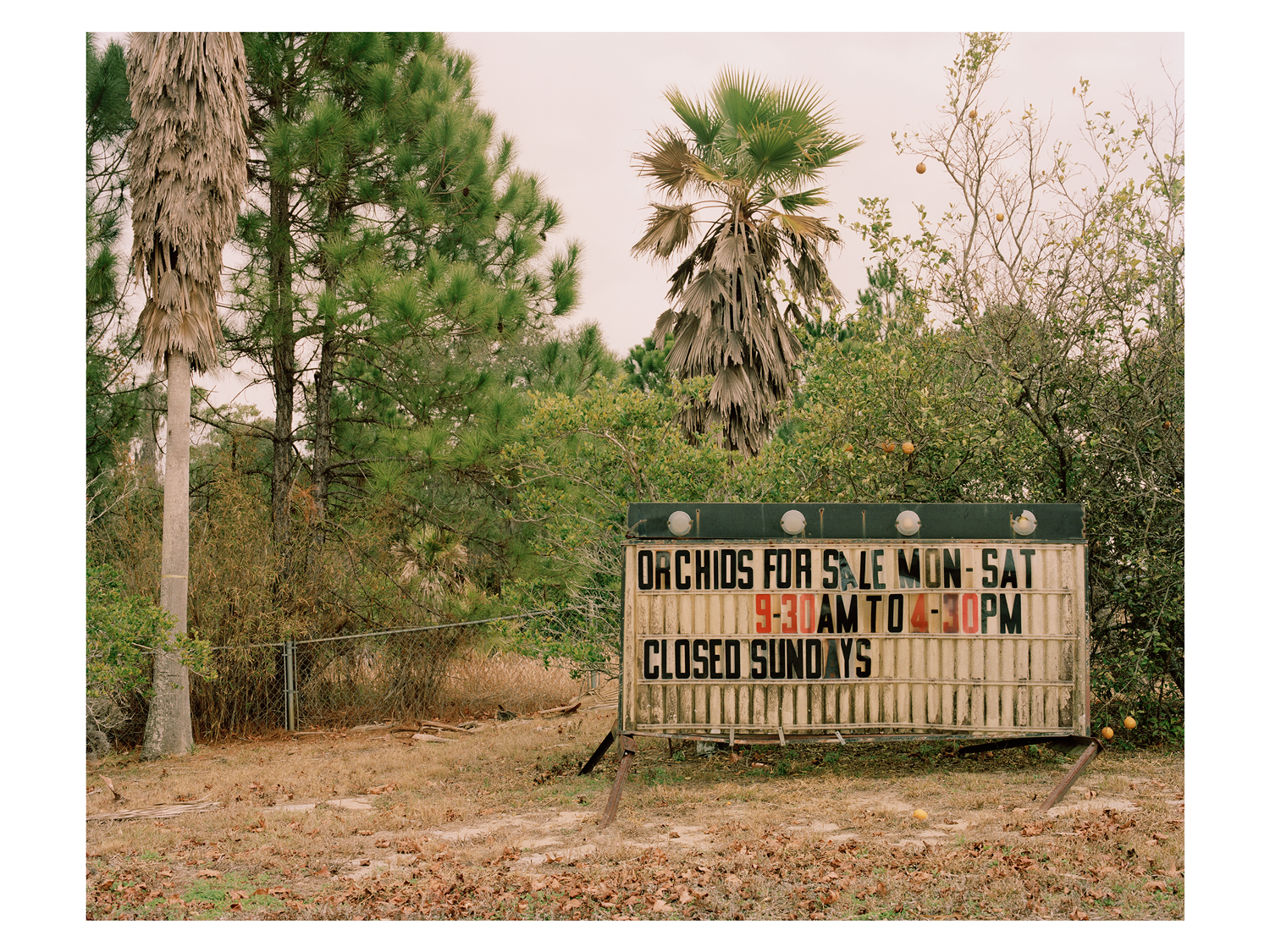 Could you talk about the thought process that led to you to assembling the Ephemera body of work? Which ideas connect the images?
I wouldn’t really call Ephemera a body of work, more a theme that the show was curated under. It afforded us creative license to mix work from my archive with newer work and integrate unrelated projects. I’m too young for a retrospective but between the main show and the portraits there is a slight feeling of looking back, I hope…

There are a lot of themes that connect the images and they become clear when you see it all hanging together. Nature, death, religion and the outsider; Man’s relationship with nature, which has always featured heavily in my work; ideas of humankind trying to control nature to their ends and being a force at once within nature but seemingly separate from it; ideas that have been explored in the romantic and sublime when artists such as Casper David Friedrich looked to nature rather than religion as their inspiration.

Another theme that runs through it all and the literal translation of the show title is collections, sometimes other people’s collections but more often my collection of fleeting moments that become heaped with meaning in the mere act of stopping time by photographing them. 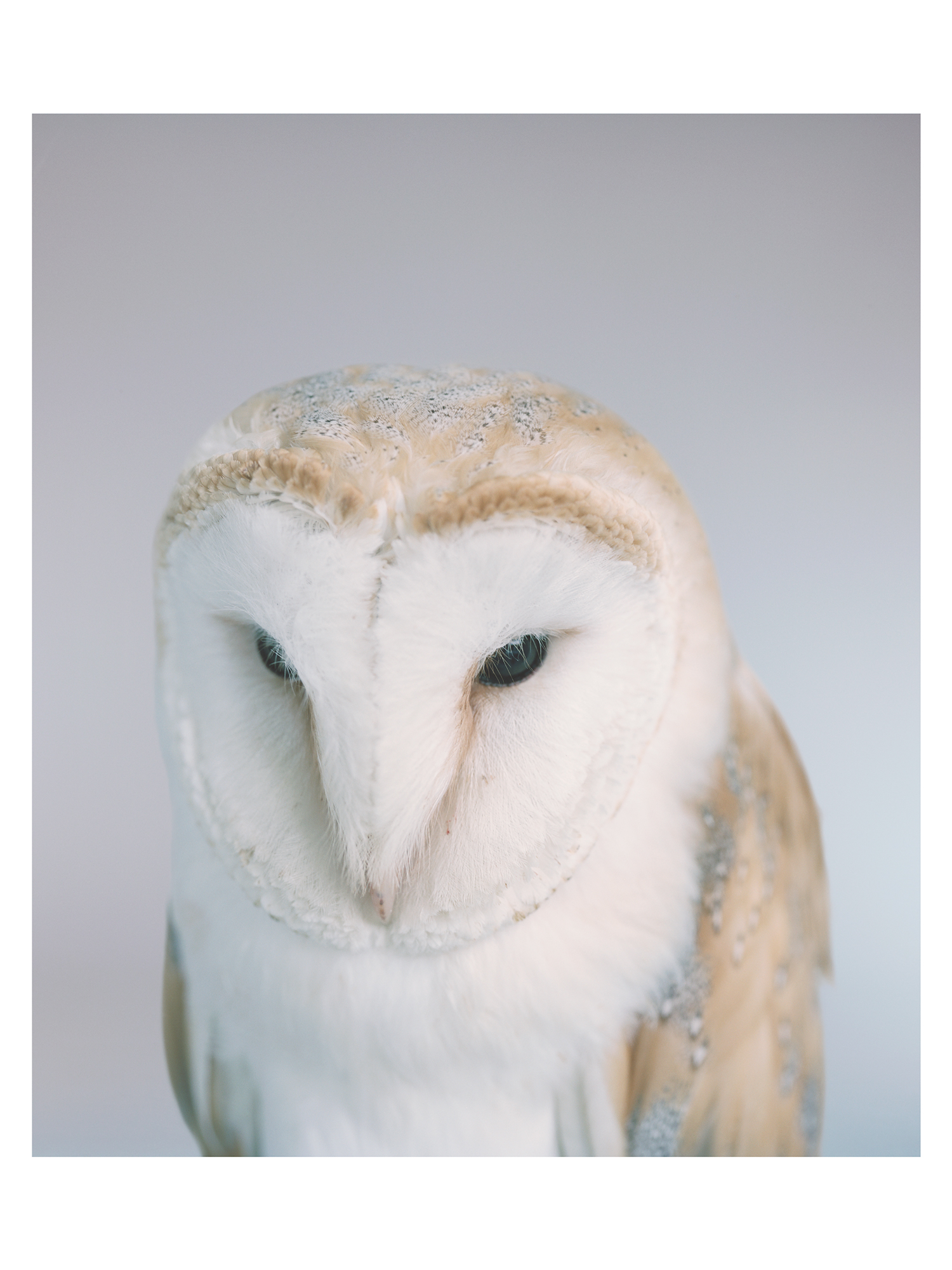 How often do you spend exploring your own archive? And how often do you find new meanings or interpretations for your old images?
I don’t spend enough time doing that really, I have filing cabinets jammed full of negatives and contact sheets from the past fifteen-plus years and I’m sure given some time I could discover a wealth more images within that but I’d much rather be out making new work, knowing what I know now, rather than looking backwards.

The exception to that, I suppose, was and is my project The Abyss Gazes Into You, which forms a large portion of this show. That came out of a need to strip back what I had created and the realisation that I was at the centre of everything I was doing, so I took entire projects and reduced them to a few images that really spoke to me and then ordered them in such a way that they had a sense of poetry and each image informed the next.

To my mind the process strengthened the work and focused my ideas. I don’t think I’m a documentary photographer, as much as that is often what I am doing, I think I’ll always look for these quiet moments and clues rather than showing an entire story in one image. 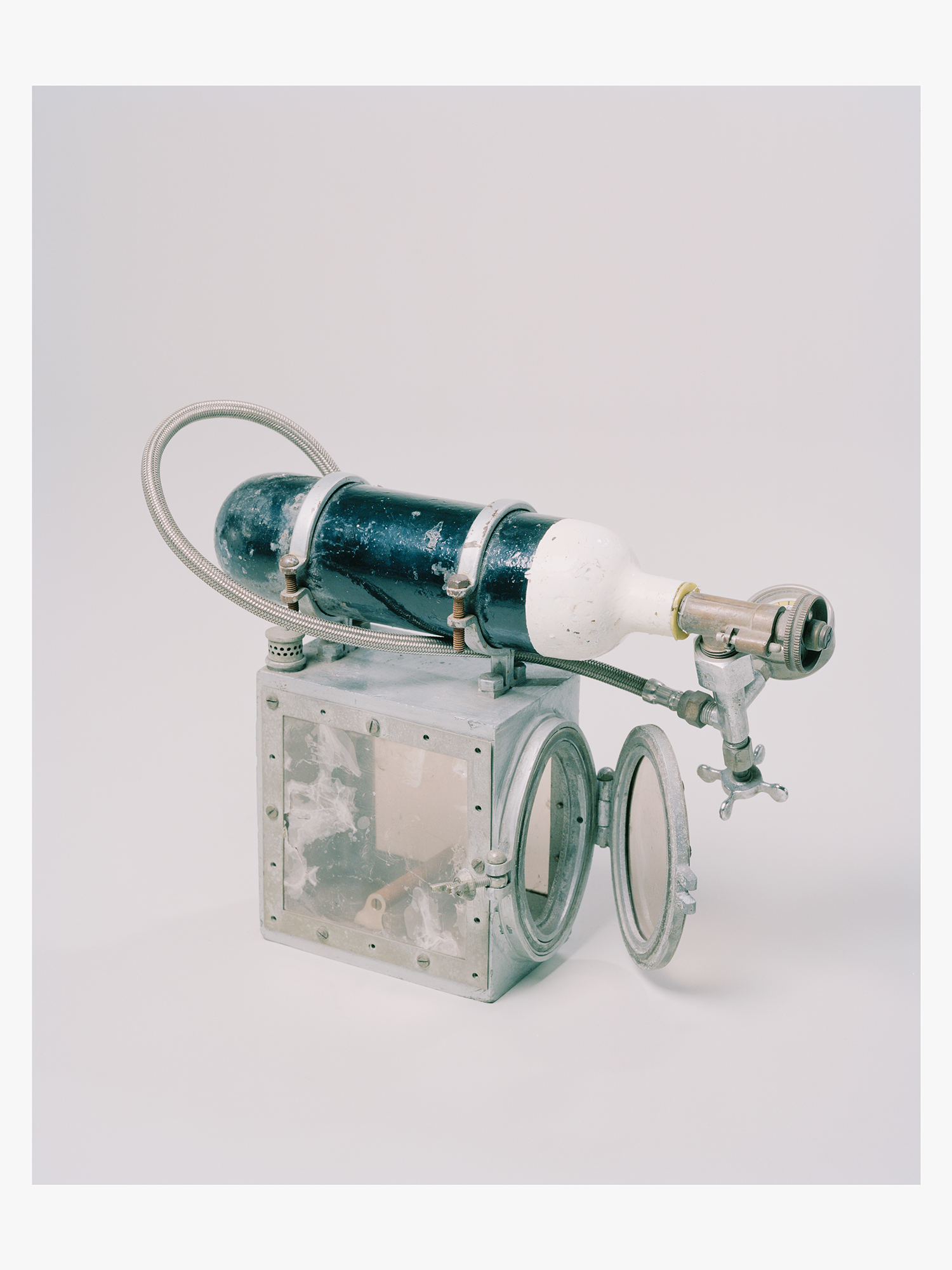 How much of the meaning of each photograph comes from you, the photographer, and how much does the viewer bring from within themselves? How do you go about leaving space open for different interpretations of your images?
I think it’s a combination. I’ve always liked to have an open narrative in my imagery and I think with a show like this or a project such as The Abyss Gazes Into You, the importance isn’t just on one image, but how the images interact, some steeped in meaning and others punctuating them. There needs to be a flow and a sense of poetry and so much of this comes in the act of editing rather than in the picture taking itself. It’s important to me that the viewer has the opportunity to bring their interpretations to the pictures, which is why I am deliberately ambiguous with the descriptions but also because the theme is ambiguous – it’s not something I can describe easily. 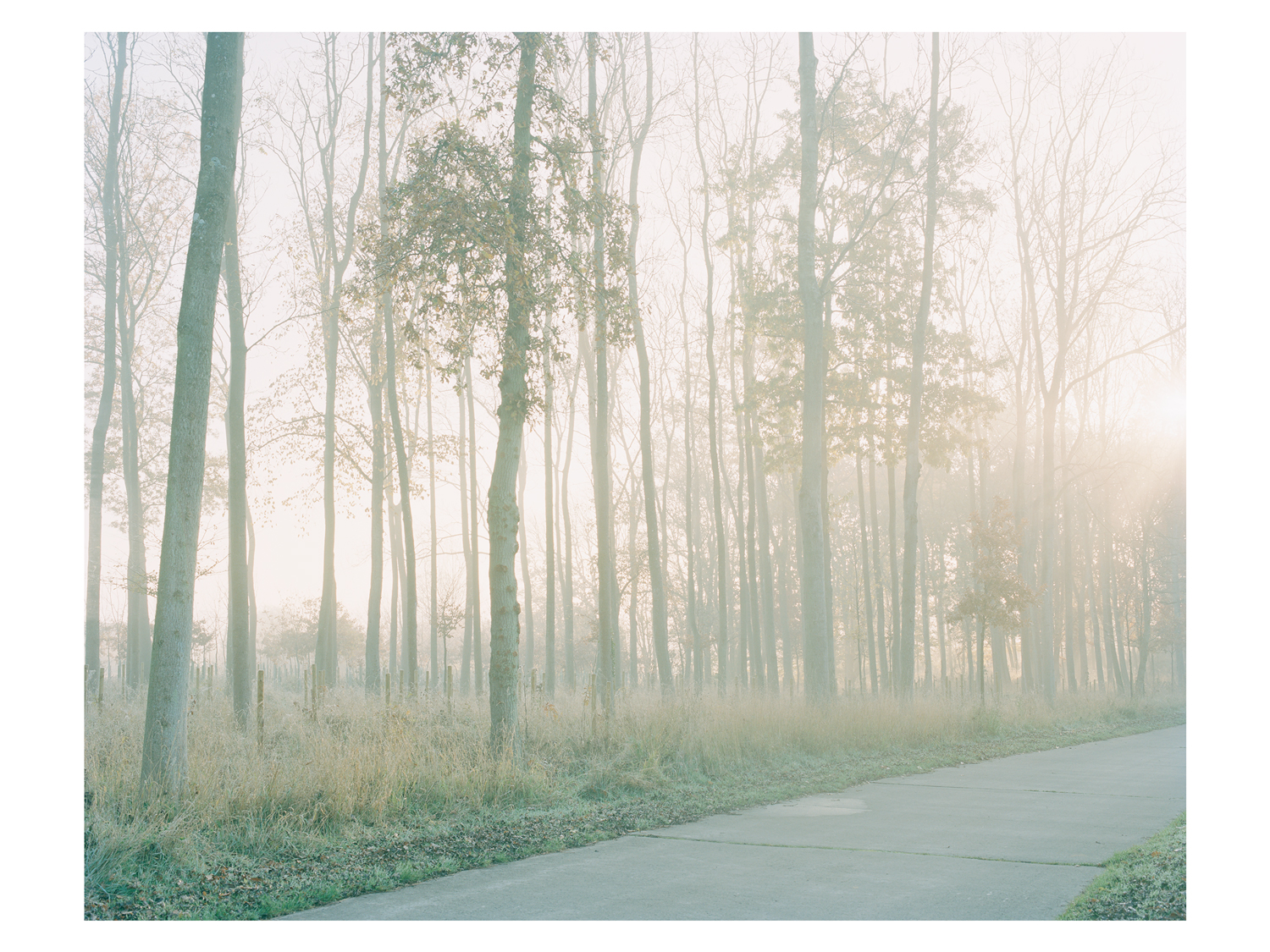 You’ve mentioned being inspired by Joel Sternfeld, Richard Misrach, Taryn Simon and Alec Soth. Could you pick one or two of those, explain what you’ve learned from them and talk about how those lessons have fed back into your own work?
It’s tough, because my inspiration comes from everywhere, more from reading and film than other photographers. I think if I were to pick two though then it would have to be Joel Sternfeld and Alec Soth because I discovered them at pivotal times. I was travelling through America in my second year of college when I saw Joel Sternfeld’s Stranger Passing at SFMOMA for the first time. I had just brought my first medium format camera and the combination of seeing that work and the sensibilities of shooting on a larger format camera, completely changed how I worked and looked at the world.

Alec Soth because he did what I wanted to do but felt like I wasn’t allowed, he made work on a very loose theme and combined portraiture, landscape and still life in such a lyrical way, almost in the same way a film maker would construct a narrative by taking elements rather than just giving you the entire story in one shot. Film has always been my biggest inspiration and I feel like I always saw the world in this way but seeing Soth’s work seemed to give that validation and helped me to realise I didn’t have to be so literal.

When did you become interested in your relationship with time? How have you explored that idea through your work?
I think when I started photographing my family in 2002 for my degree project was the first I was aware of how inexorably linked photography and time are. I can’t imagine there are many fine art photographers who don’t run into these ideas at some stage in their career as the very act of photographing something is freezing time and adding importance to that thing or that moment. And then when you look back at photographs you are summoning up memories that are then informed by the image. For me I suppose it was how I could manipulate those ideas and create worlds and stories beyond my own. 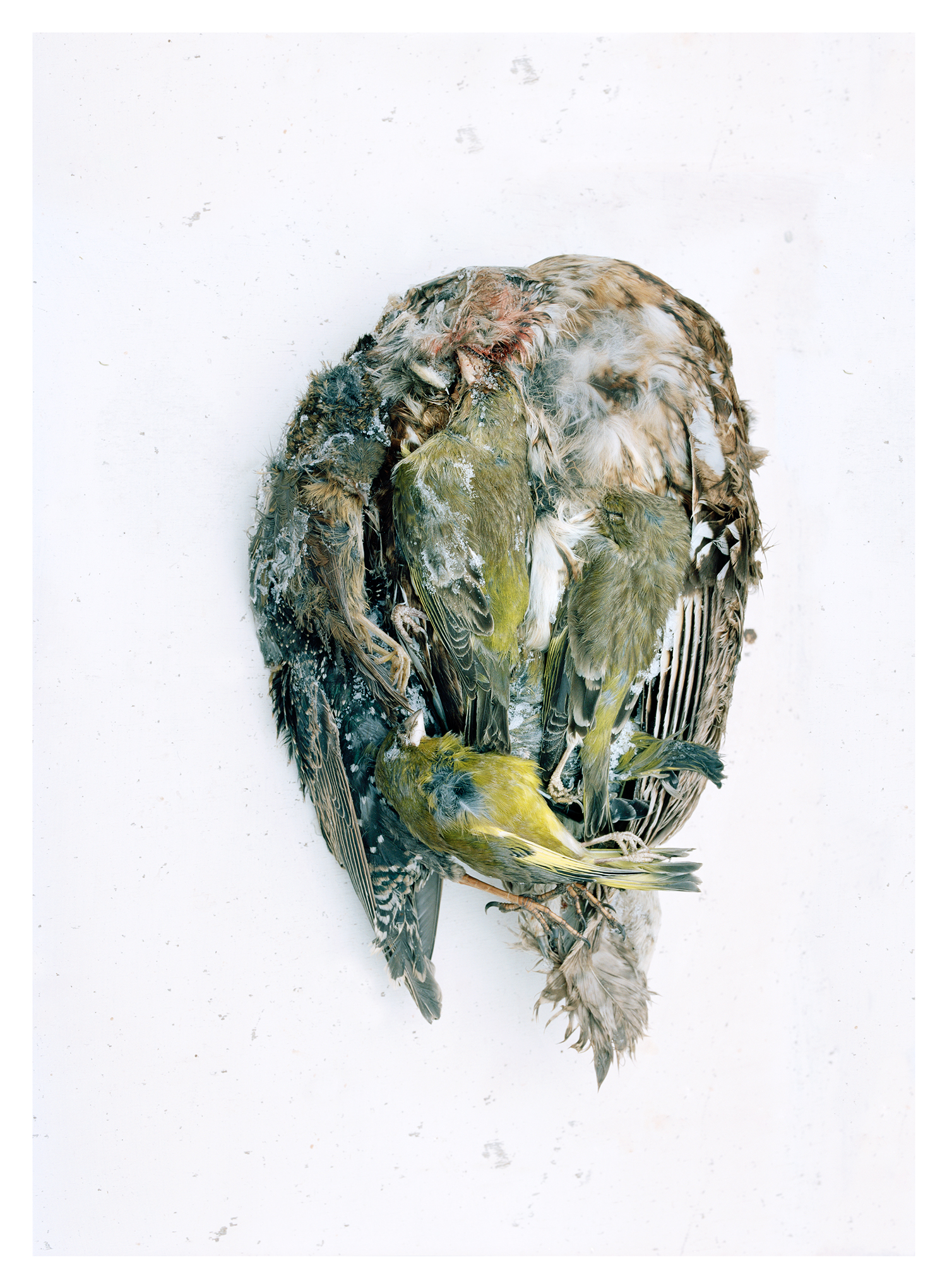 The Contents Of Arthur Boyt’s Freezer, 2009

There’s this feeling of exploration of unknown worlds that comes through when looking at your landscape images – even when the locations are quite familiar, like London cityscapes for example. When setting out with your camera, what sort of places interest you to explore? Are there any places you really want to go and explore that you haven’t been able to? What’s your dream location wish-list?
I just love getting out into the landscape with my camera but I’ve always been interested in desolate, isolated landscapes. I crave mountains and sea, especially after living in London for over a decade now, so anywhere where you find both is interesting to me at the moment. I don’t have a dream location list really, I just hope for the time and freedom to be out there making work.

If you could only save one image from your entire archive, which one would it be and why?
Burn them all! I couldn’t pick just one, there are images that I’m very fond of for different reasons and ones that are more popular or I am known for taking but in the end it has always been about creating a body of work for me and not just one image. So to have one without the rest would almost be more sad than losing them all. I’d much rather just start from scratch.

Spencer Murphy’s Ephemera is at Francesca Maffeo Gallery, Leigh on Sea, until August 13.

Linkedin
RELATED ARTICLES
OTHER ARTICLES
Theo McInnes’s photos of the annual event provide an intriguing snapshot of contemporary Britain.
Photographer Sean Maung reflects on documenting a small town in Pennsylvania afflicted by high levels of unemployment, poverty, violence, crime, and addiction.
After blocking the Scottish government’s gender recognition reform bill, Westminster is now devising further changes to the law to make it harder for trans people to self-identify.
A new podcast is opening up the conversation between trans women and trans amorous men in the hope of building coalitions.
A new law change is enabling Britain’s donor-conceived children to know the truth about their origins – but campaigners say the fertility industry must do more to protect people.
A new film from Berghaus traces the story of Adam Raja, who left behind a turbulent upbringing to discover the healing power of climbing.