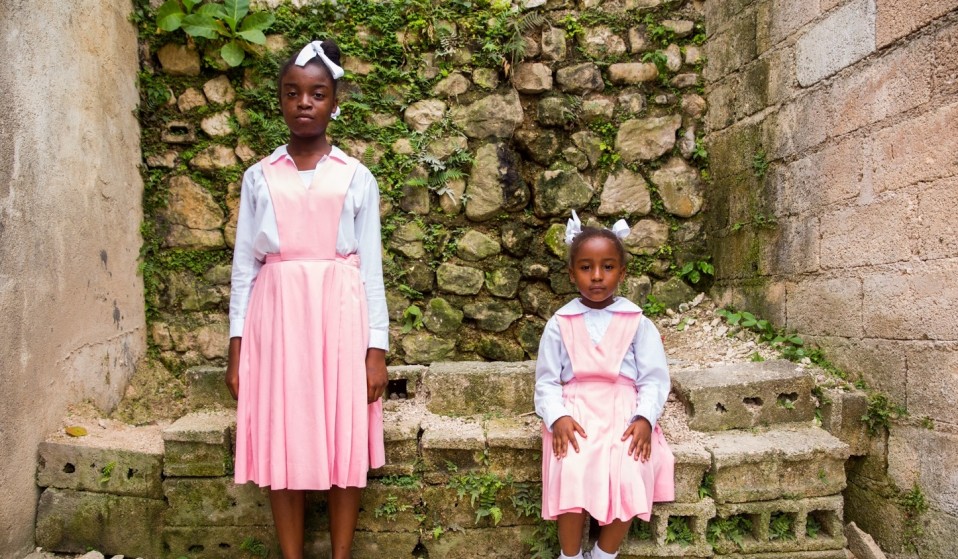 Photographer Hatnim Lee has been working with relief groups on the island for the last eight years, capturing local life & documenting the people she met along the way.

Photographer Hatnim Lee has been working with relief groups on the island for the last eight years, capturing local life & documenting the people she met along the way.

The only nation to arise from a successful slave revolt, on New Year’s Day 1804, Haiti became the very first Black republic to win independence from European imperialists anywhere in the world. For the past two centuries, the country’s self-sovereignty has come at a hefty price, as Haiti continues to pay France war reparations and gets subjected to political destabilisation by several regimes working inside the United States.

On January 12, 2010, disaster struck when Haiti was hit by a magnitude 7.0 earthquake killing up to 300,000 people and leaving 1.6 million homeless. The people of the beautiful island, who had already lived through so much, had once again become caught in a cycle of destruction that they’re still fighting to overcome.

After the earthquake, Korean-American photographer Hatnim Lee traveled to Haiti with a group from Fordham University’s law program. It was her first time doing relief work on the island – but it would not be her last. Most recently, in January 2018, Lee returned to Haiti to work with Project Medishare, which has been providing healthcare to the island for almost 25 years. 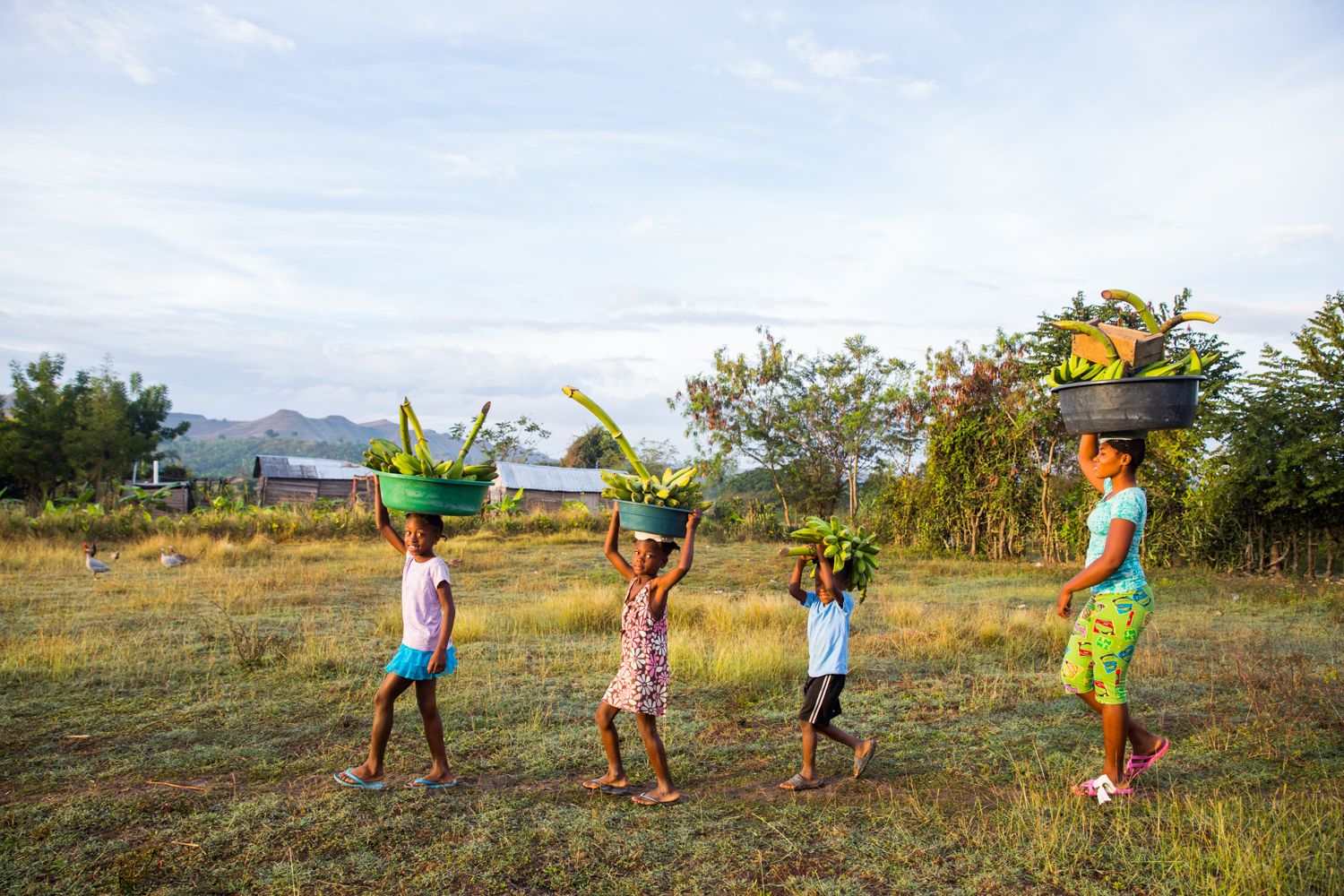 A family of banana farmers walk at sunrise in Central Plateau.

Lee spent her days photographing inside mobile maternity clinics serving the women of the nation, which has one highest maternal mortality rates in the world. When she wasn’t working, Lee would take her camera on to the streets, documenting the people she met along the way and crafting a portrait of the Haitian people as they live today.

“The capital city of Port-au-Prince seems like a tropical hazard,” Lee observes. “It’s beautiful, lush, and green but there are no sidewalks sometimes. There are big holes in the ground. The roads are really bumpy. There’s lots of pollution, lots of traffic, people hanging from cars. It’s very hectic. There isn’t a lot of electricity or running water in a lot of areas, so at night it can get really dark.”

Out in the countryside, it’s an entirely different world. Here, Lee, working with Project Medishare, Lee encountered people who live off the grid. “It’s hard for them to leave their towns because they don’t even have roads to walk on,” she explains. “They’re just walking through fields.” 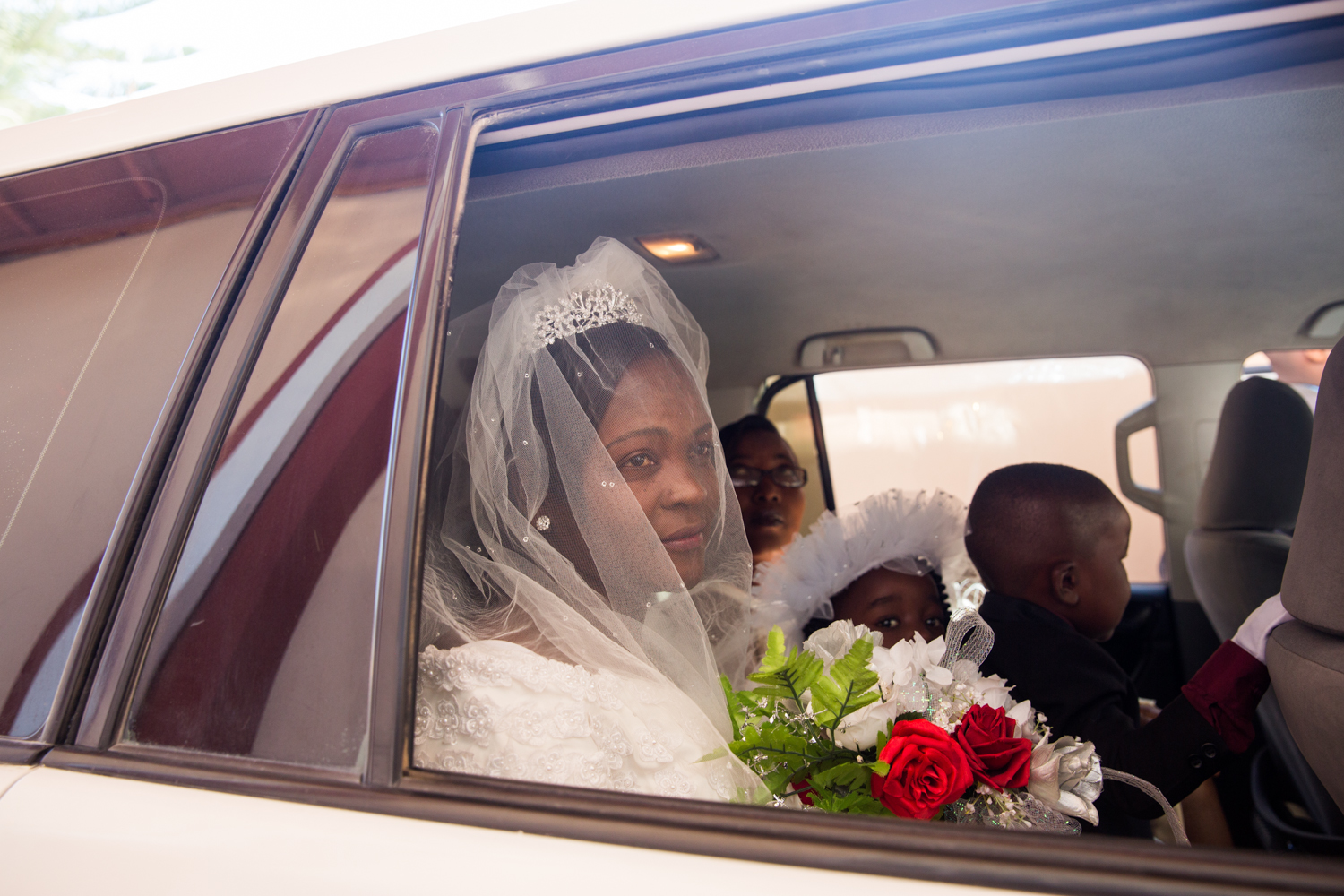 Lucia Janvier arriving at the Church sur le Rocher on her wedding day in
Tabarre, Haiti.

Lee immediately felt at home among the people, who she describes as strong, kind, and generous. “I feel very connected to Haiti and I think it is because the people have been through so much, and it’s an everyday struggle for them. They are a strong people and are tough love. I’m drawn to that. It takes a moment for them to warm up, but they will watch out for you.”

For Lee, the act of making pictures was a conversation all its own, for she doesn’t speak French and only knows a little bit of Spanish. Yet the verbal language barrier changed the way she could communicate, using hand gestures and facial expressions to bridge the divide. The result was a body of work made from the pure intention to connect, to share a moment between strangers with the world outside.

“When I am shooting in Haiti, I kind of like not being able to have a conversation with people because you don’t really need words to make pictures,” Lee reveals. “It takes a step out, and you can communicate on a very instinctual level because you don’t have words to save you. I am careful not to take advantage. They don’t have anyone to protect them so I try to be respectful. It’s like going to someone else’s home. You’re the visitor.” 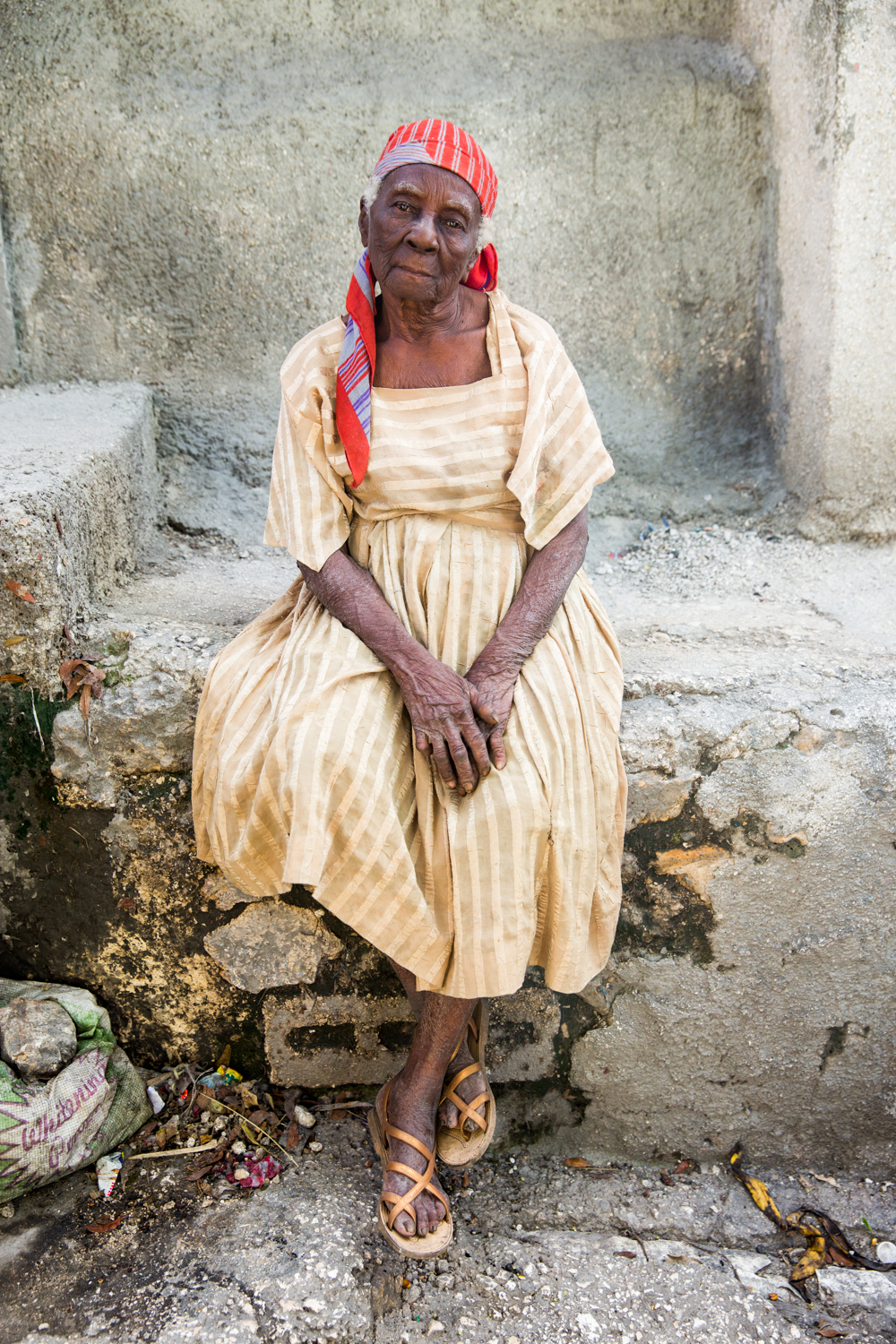 Frerisena Lagerre wearing a gold pin striped dress sits down to pose for a photo in Jalouzi, Petion-Ville. 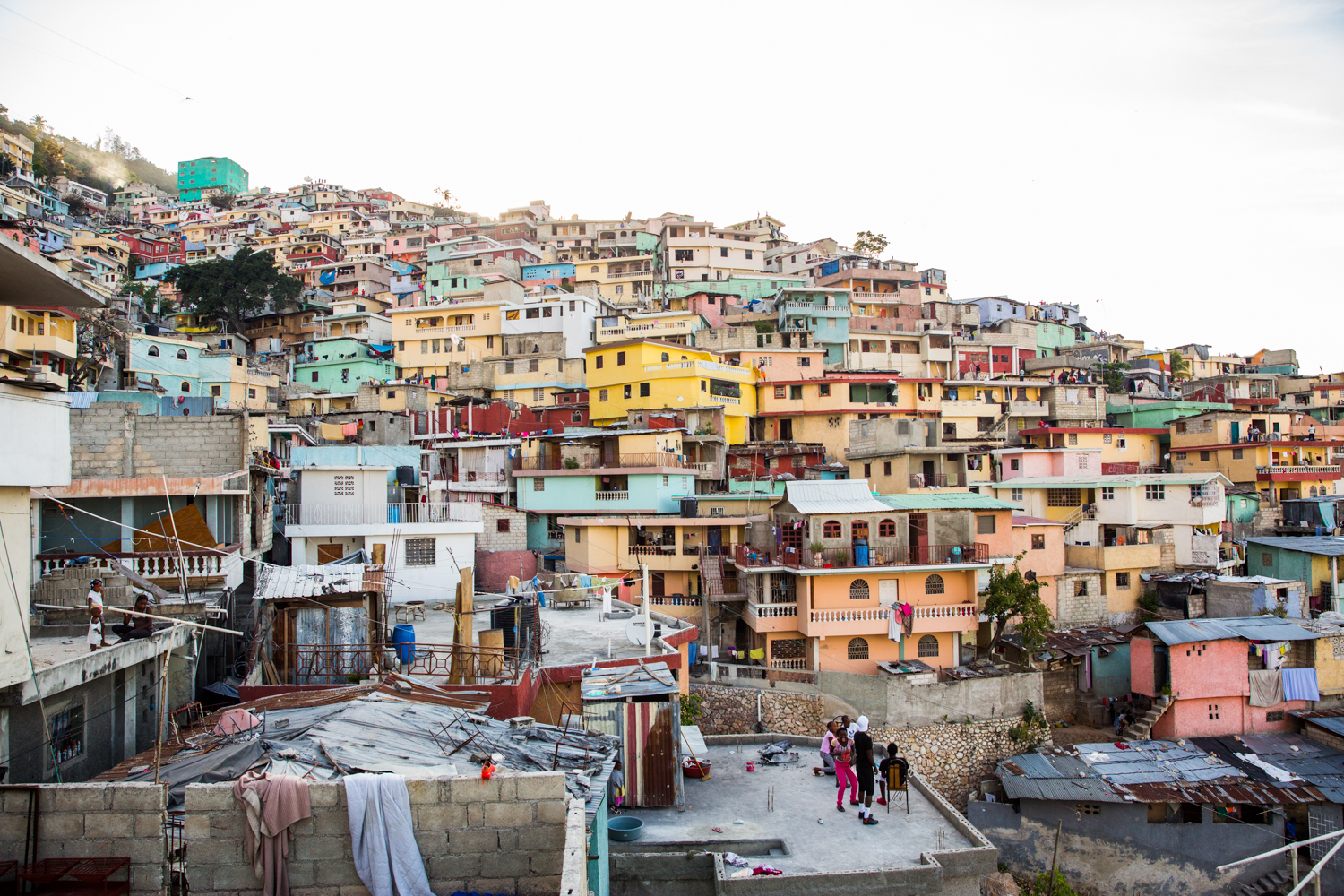 Jalouzi City, the largest slum in Port-au- Prince. In 2015, the houses were painted in color to uplift the community and bring hope. This mission was started by aresident and painter of Jalouzi, Duval Pierre. 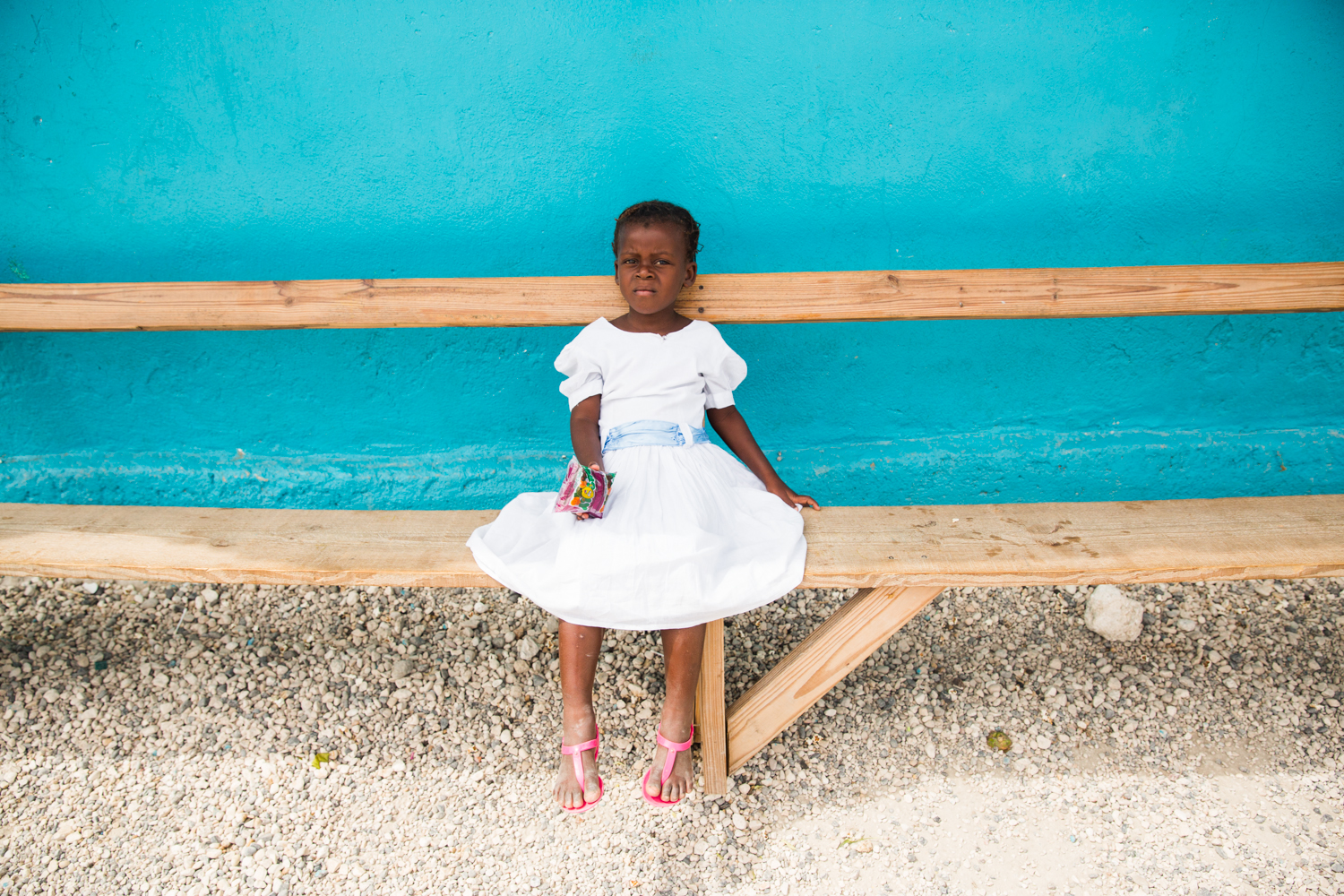 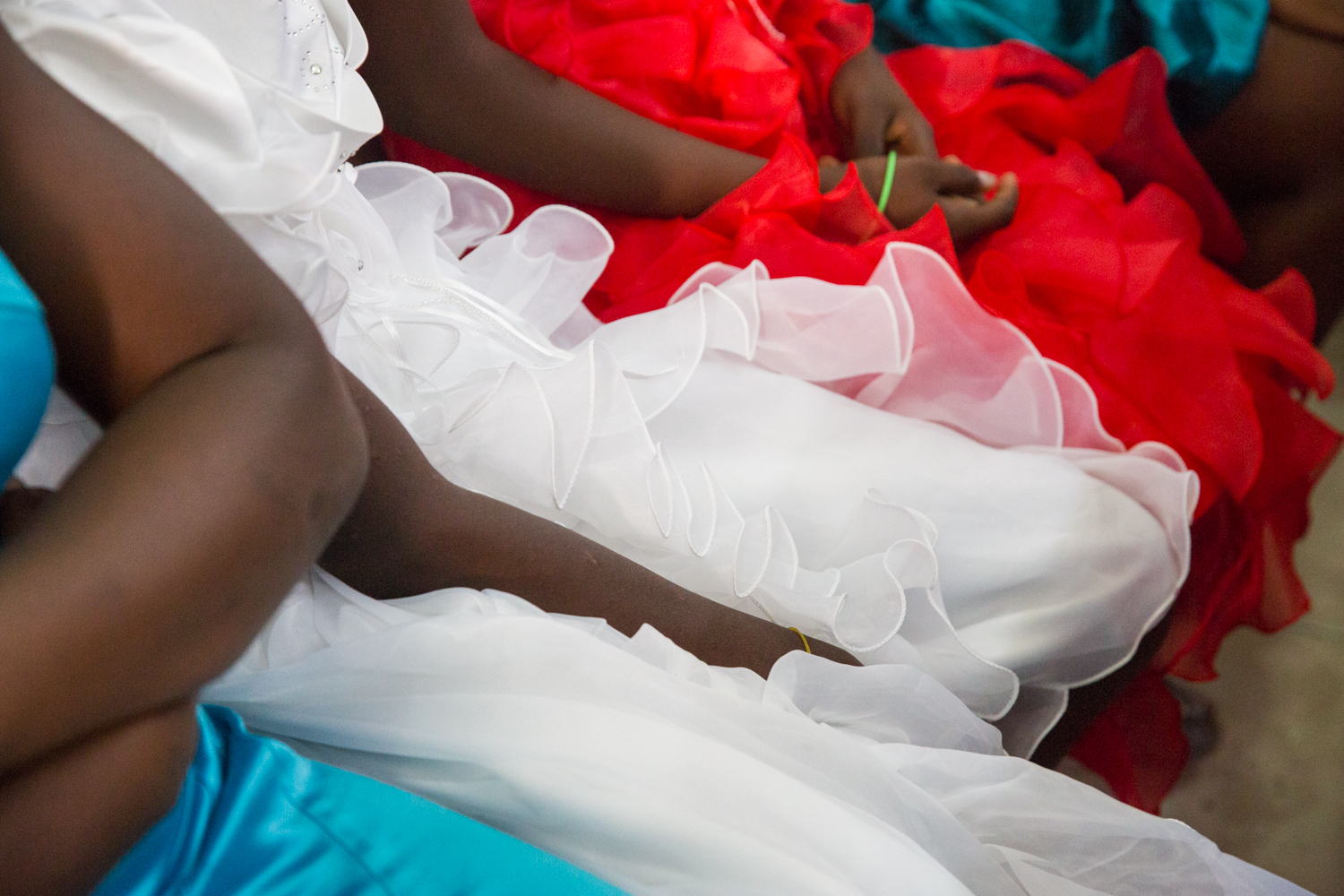 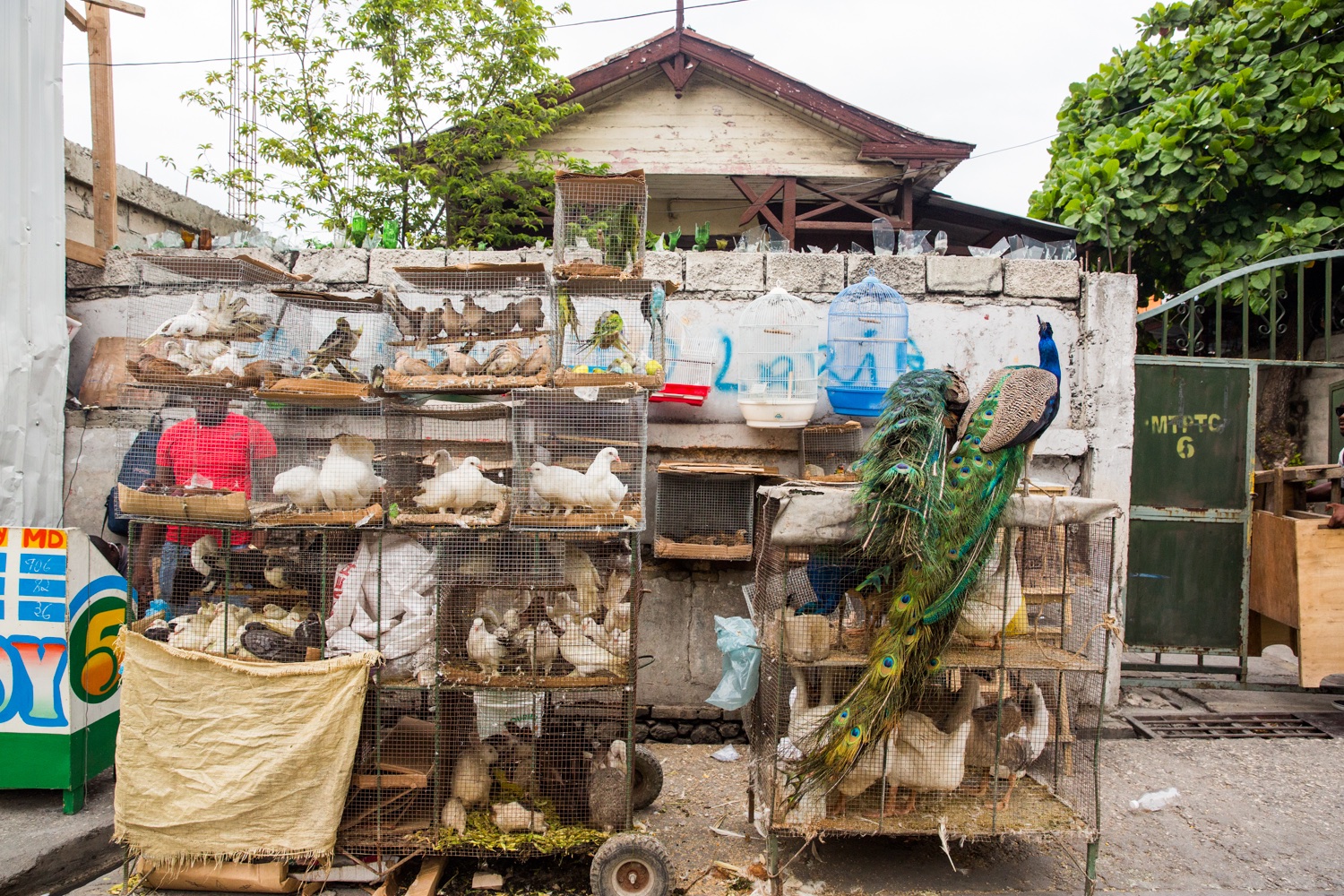 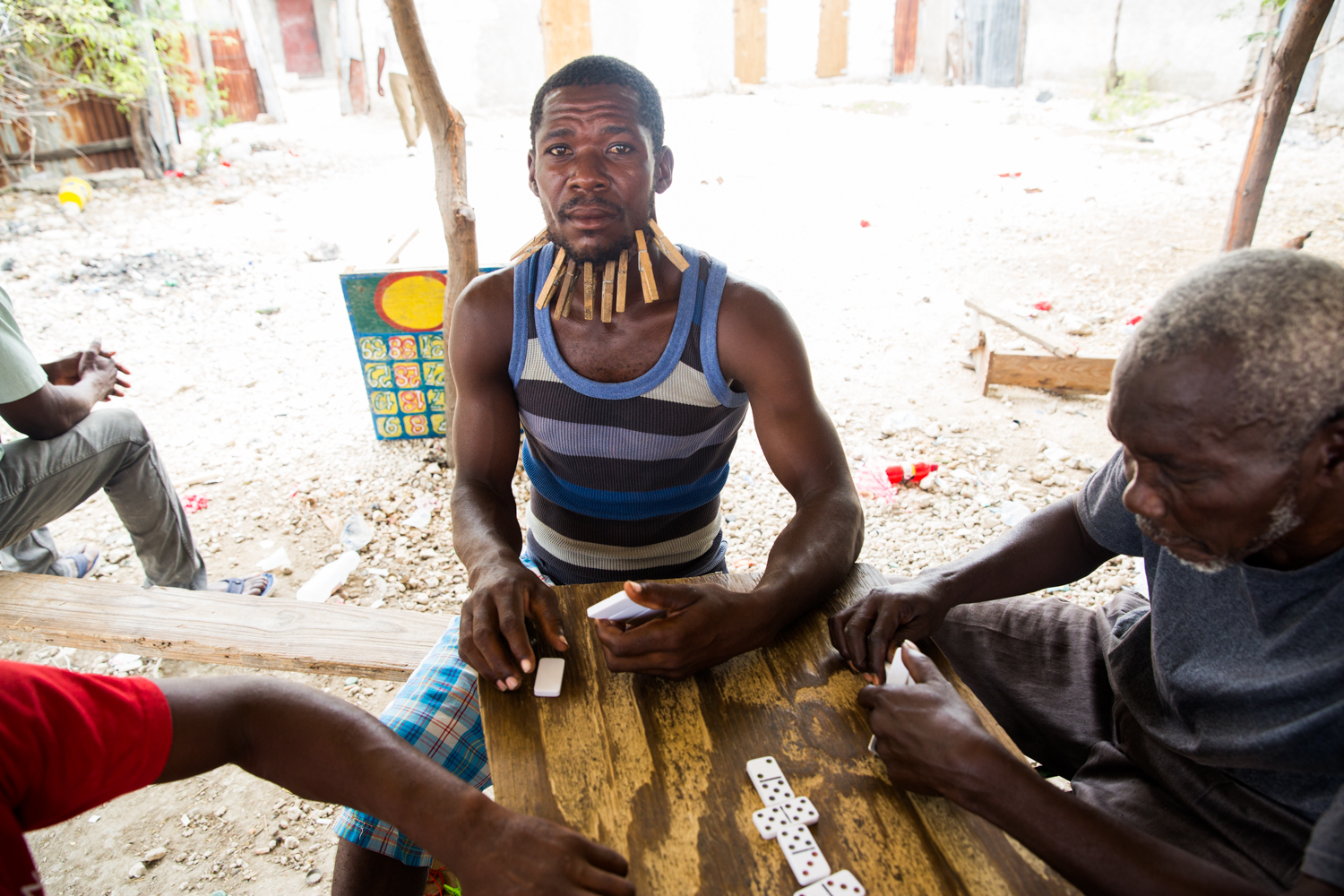 A man plays bourik in Croix-des- Bouquets. Bourik is Haitian dominos. If you lose, you put a close pin on your face. 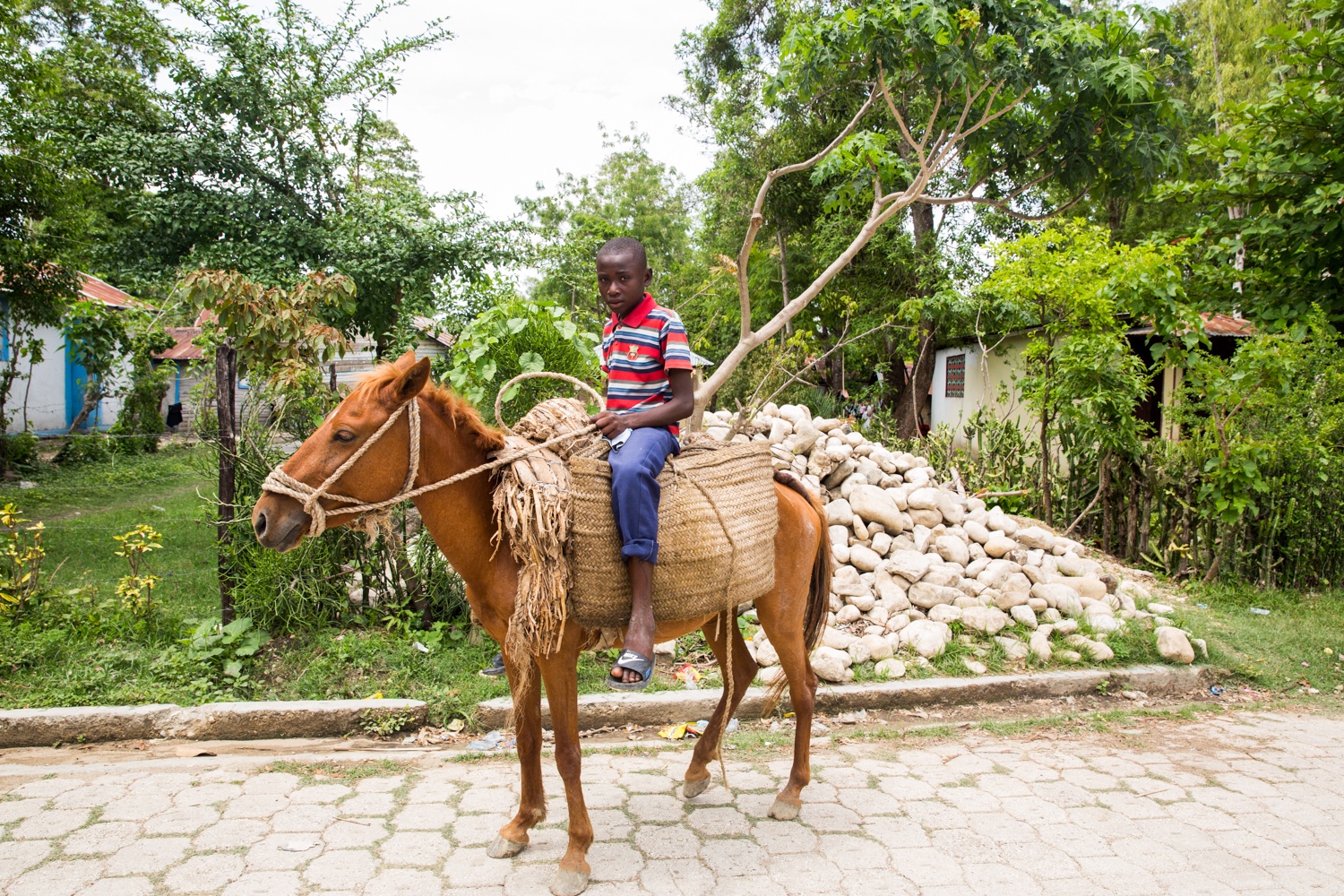 A young farmer on his horse in Central Plateau. Central Plateau is one of the
poorest areas of Haiti. It borders the Dominican and most of this land is rural and off the grid. 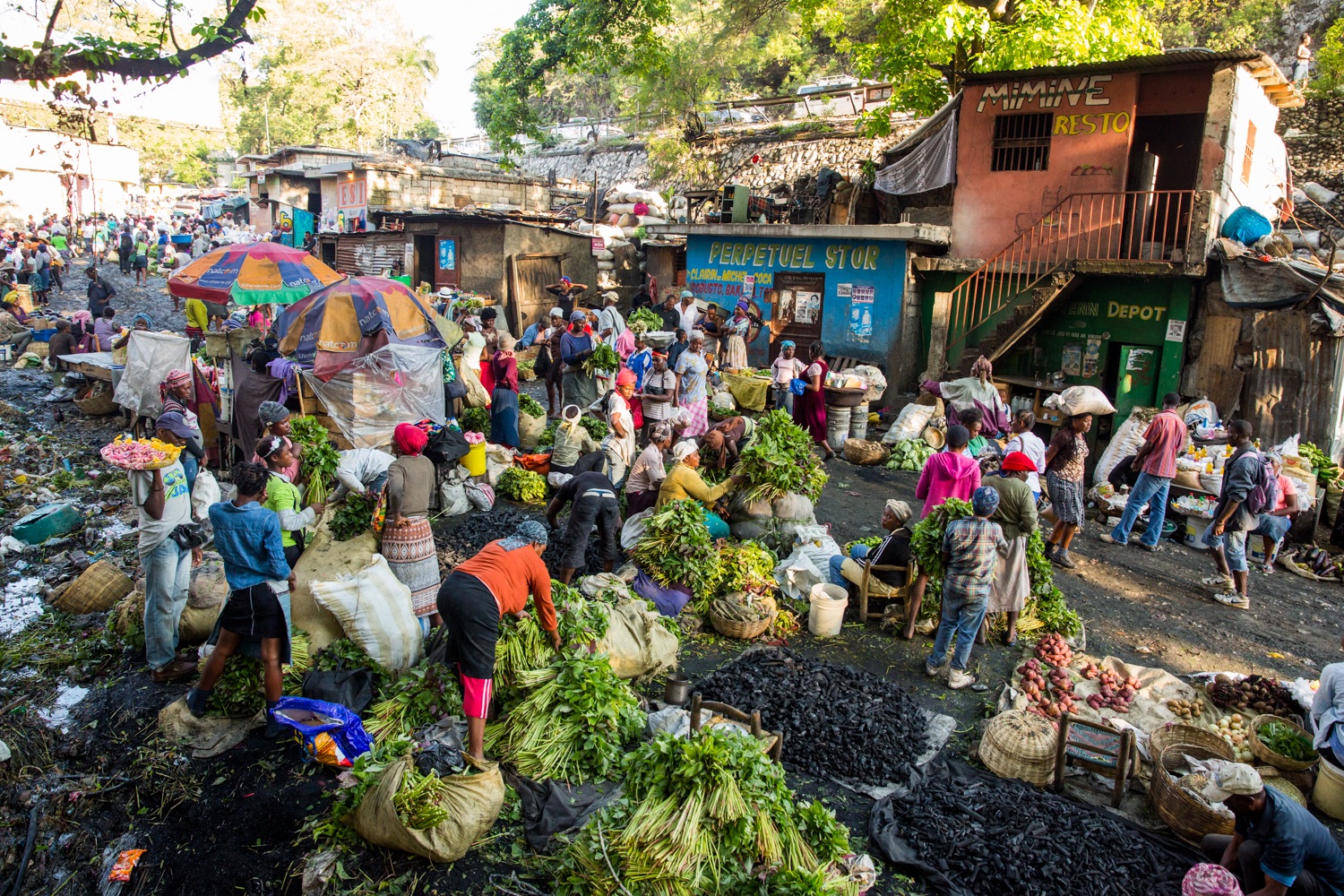 A food market in Pelerin 2, a neighborhood in Petion-Ville, Port-au- Prince. 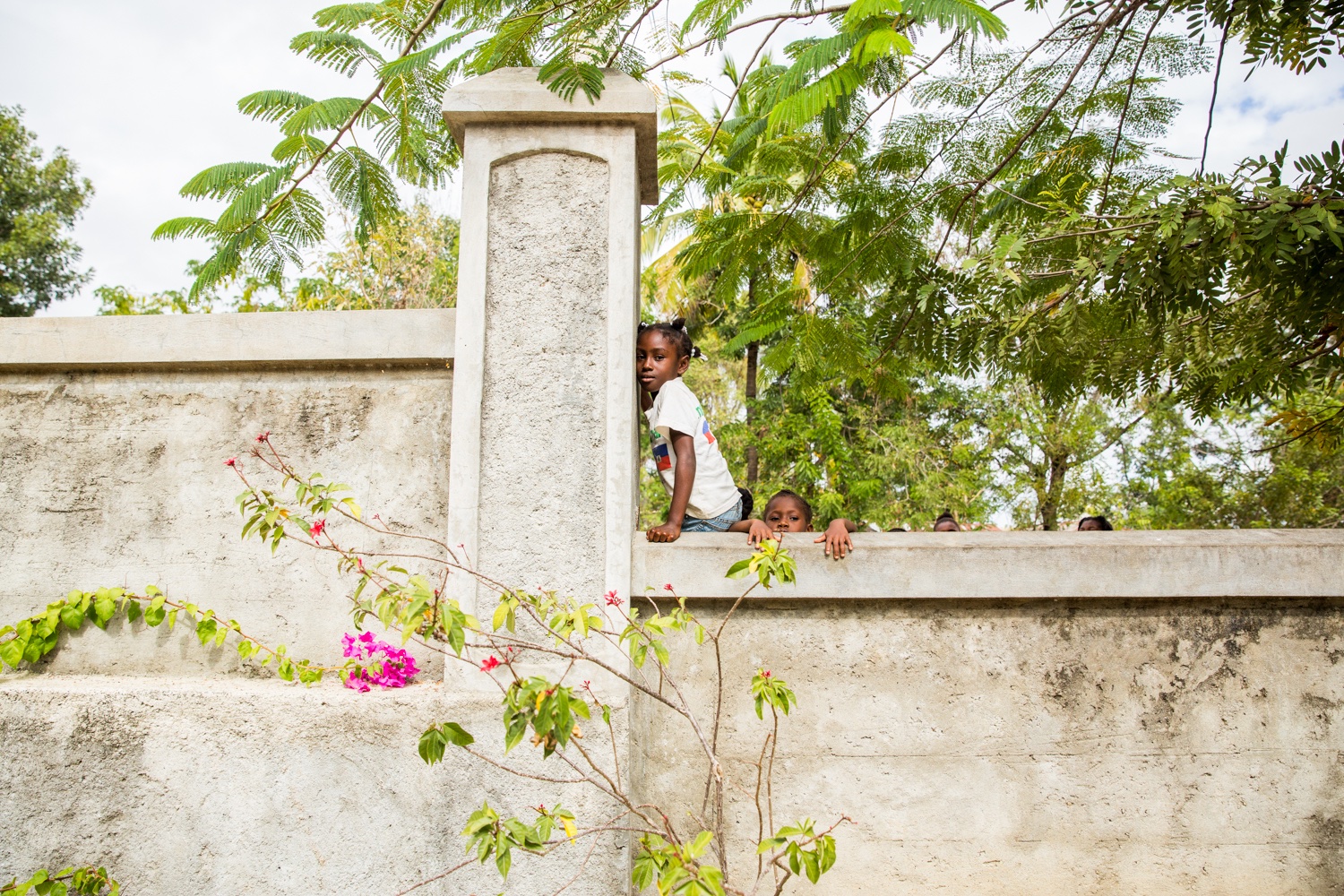 See more of Hatnim Lee’s work on her official website.

Linkedin
RELATED ARTICLES
OTHER ARTICLES
The pro skateboarder withdrew from the 2020 Olympic Games so he could come out as trans. Now, he’s hoping to encourage others to live as their authentic selves – within the sport and beyond.
David 'Dee' Delgado’s photo project is about honouring and uplifting the city of his youth, and a world rapidly disappearing under the relentless onslaught of gentrification.
Mass crustacean die-offs in the North East have led a community of fishermen to take action to save their seas.
Yohon Tatum, aka Legendary Father of the House of Tisci, reflects on nurturing a new generation of talent.
After building his reputation covering the US civil rights movement in the 1960s, the photographer went on to produce some of the most enduring images of the past century.
After blocking the Scottish government’s gender recognition reform bill, Westminster is now devising further changes to the law to make it harder for trans people to self-identify.