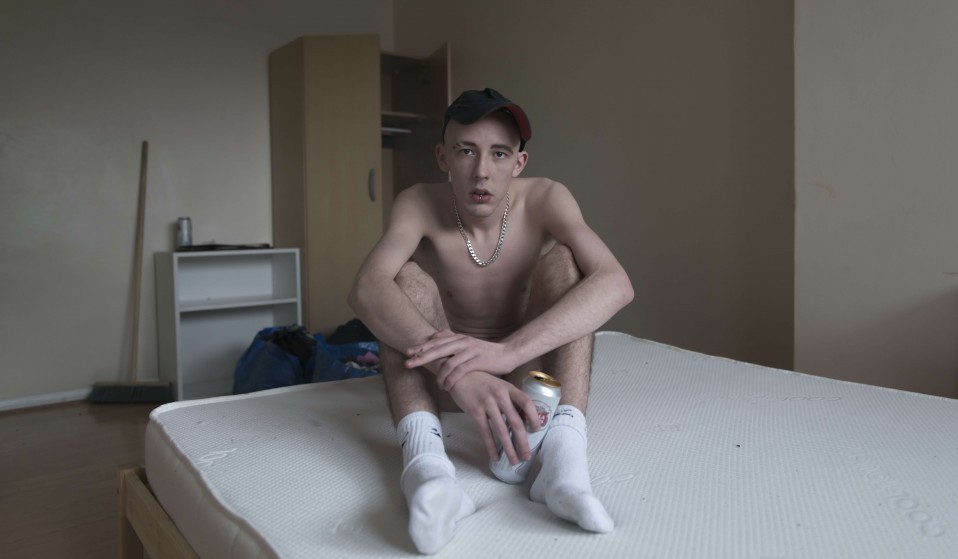 When it comes to sex work current debates are consumed by ethics and morals. Photographer Jessica Kelly has set out to shoot intimate portraits of some of London's male sex workers, in the hope of stripping away the stigma surrounding the industry.

When it comes to sex work current debates are consumed by ethics and morals, but all too regularly we ignore the human faces and stories of those who've chosen to earn cash in the oldest profession on earth. Photographer Jessica Kelly has set out to shoot intimate portraits of some of London's male sex workers, in the hope of stripping away the stigma surrounding the industry.

For many of us, sex work remains a taboo topic in 2016. Despite it being the oldest profession humankind has to offer, it remains a subject steeped in prejudice, misconceptions, and debates about sexual freedom.

One of the most common criticisms of the industry is that it’s exploitative of those women who choose to become sex workers – fuelling a society that objectifies women and exploits their bodies. Groups and campaigners, including many sex workers, will however argue that a woman should have autonomy over her body to do whatever she likes: why should men dictate what we can and can’t do. 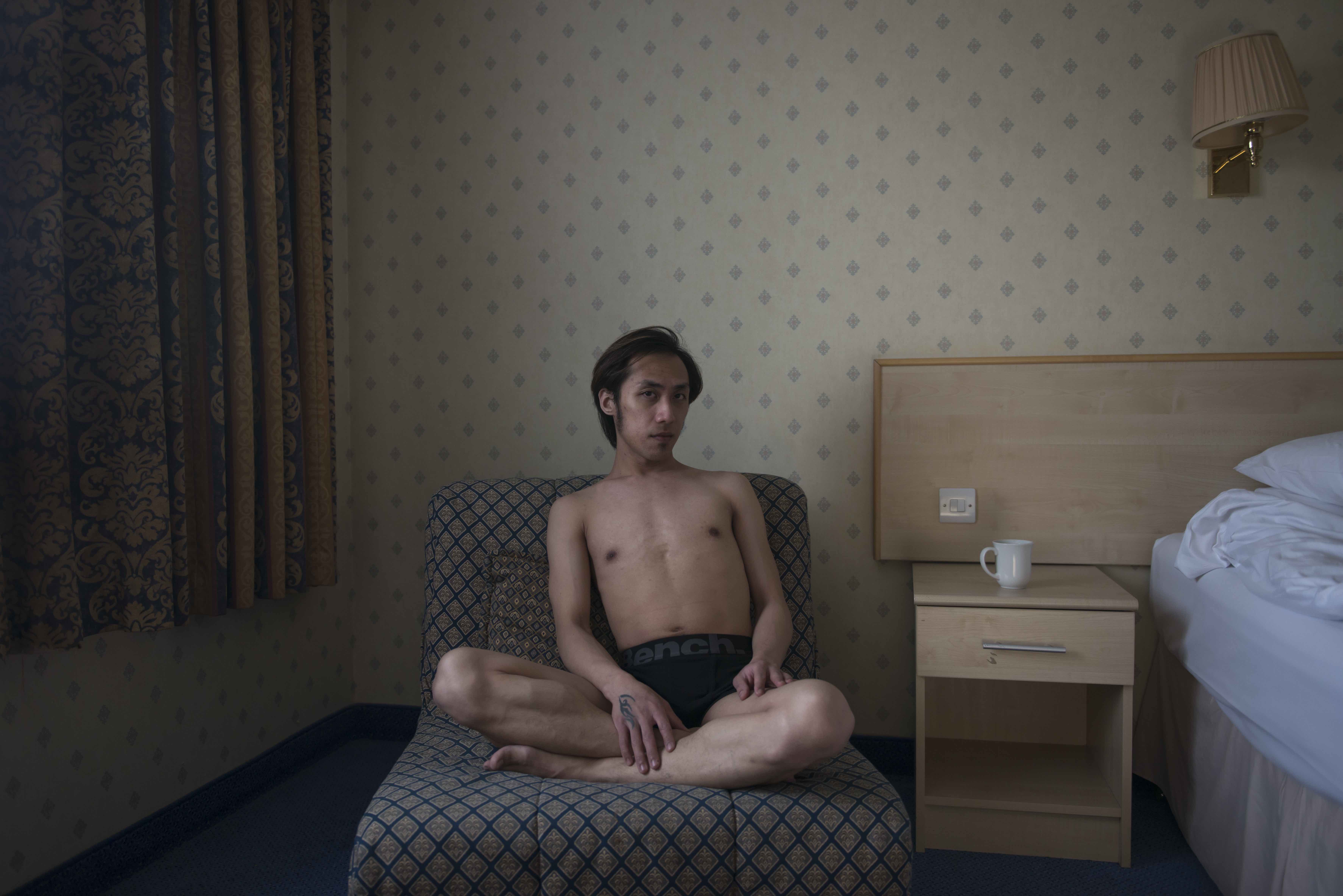 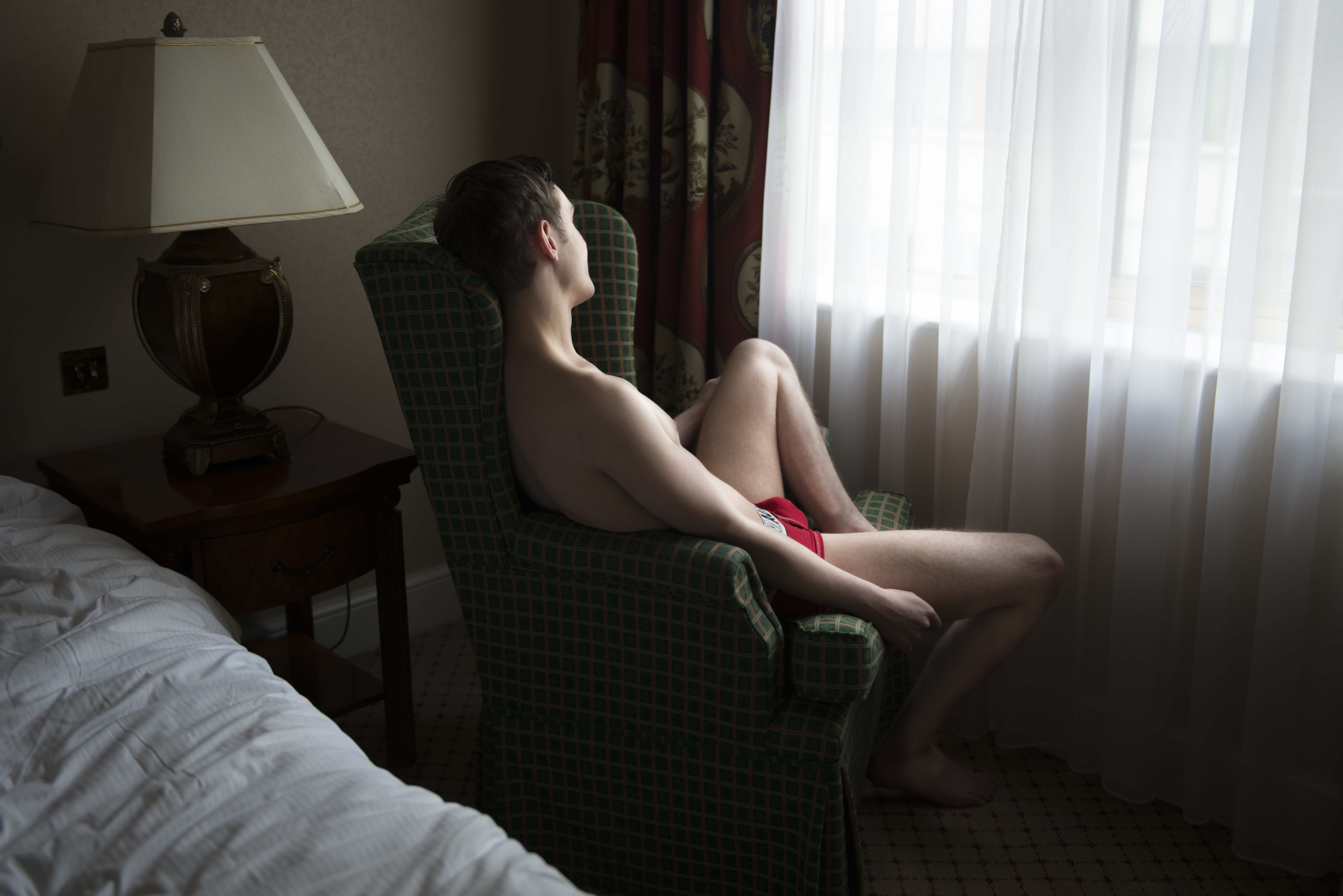 These arguments are ongoing, a recently published report by the Home Affairs Committee – titled ‘Prostitution – is calling for the decriminalisation of sex workers in Britain. But where do male sex workers fit into this?

For male escorts in the industry, the taboo is arguably more intense, their work and positions often ignored. Jessica Kelly, a London based photographer, wants to strip away the stigma and positively raise awareness of this hidden side of sex work in the UK’s capital. Shot over a period of six months, Jessica Kelly’s award-winning photography series ‘Boys’ shines an intimate light on male sex workers in London.

Why did you decide to focus on male sex workers in London in your latest photography series?
I wanted to do a project that I could not only learn from but would also push me as a photographer. I found the industry so fascinating because I only found out a few years ago that men could also be sex workers. I know it sounds really silly but I only thought about the female side of it. I think this represents how it’s hidden from society. I just wanted to bring awareness to this industry in a positive way.

How do you find the stigma surrounding sex work affects male sex workers?
I think it differs slightly, I feel the female side of it gets more attention, not necessarily good attention but it’s known about in the media whereas with male sex workers I feel it’s more seedy in a way.

That’s how it comes across in most media, and it’s not like that at all. The guys would tell me that sex is, like, 30 per cent of the job. They are there to keep the clients company and talk to them and make them happy. I feel like society makes it seem like it’s just all about sex and it’s not at all. 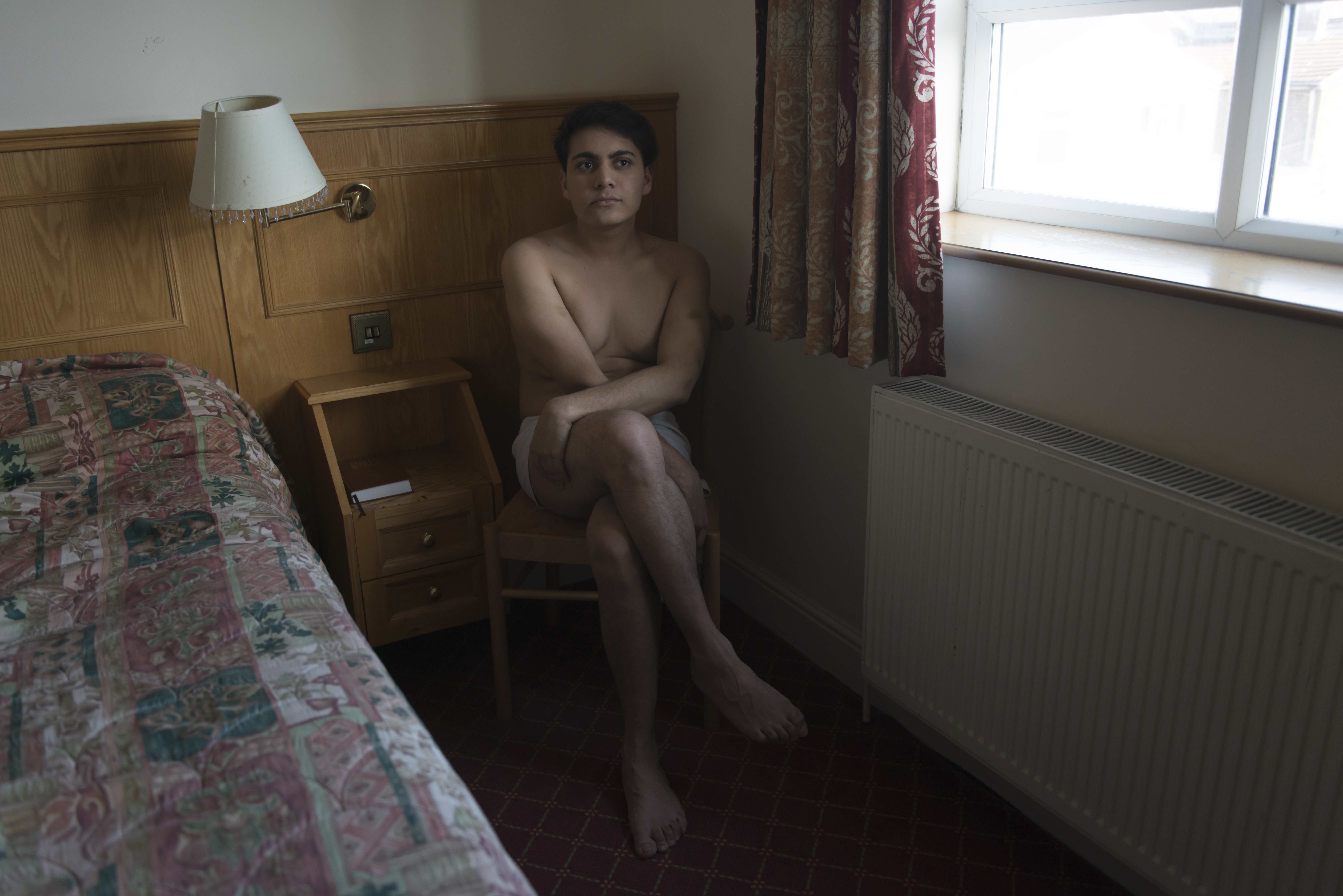 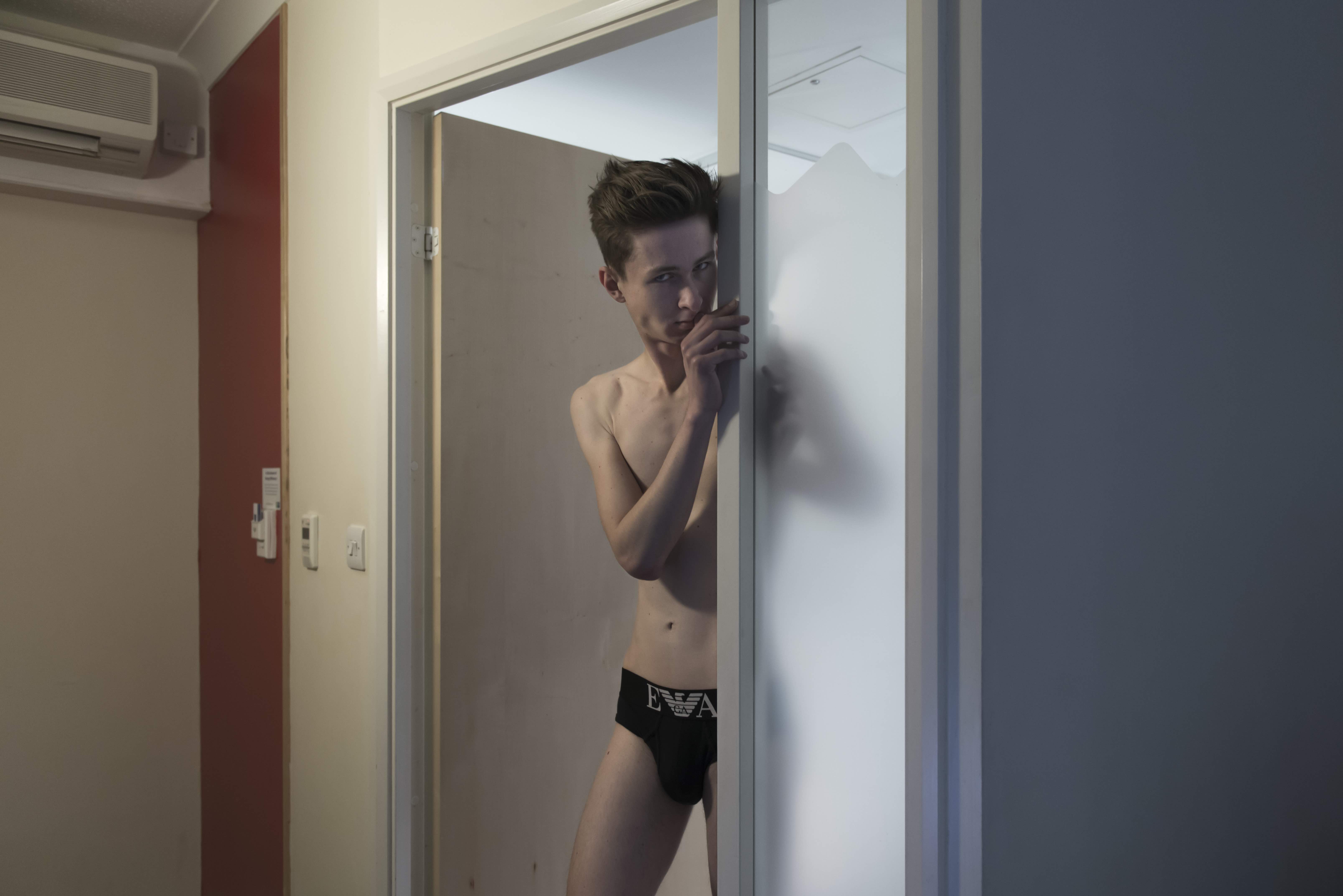 When you were shooting with the guys, how open were they with you?
Because I’ve never done anything like this before, I didn’t really know how it would pan out. I didn’t know whether they would allow me to take their photograph so I went into it with an open mind, excited to meet these people. I would always give them the option to stay anonymous and the majority of them wanted to have their identity shown.

And what I also found amazing is that as soon as I met them I felt I’d known them for so long. I don’t know whether it’s because it’s that sort of industry where they’re there to make you feel comfortable and at ease but I felt like I could tell them anything. It was a nice feeling, to talk to someone who was really listening to you. 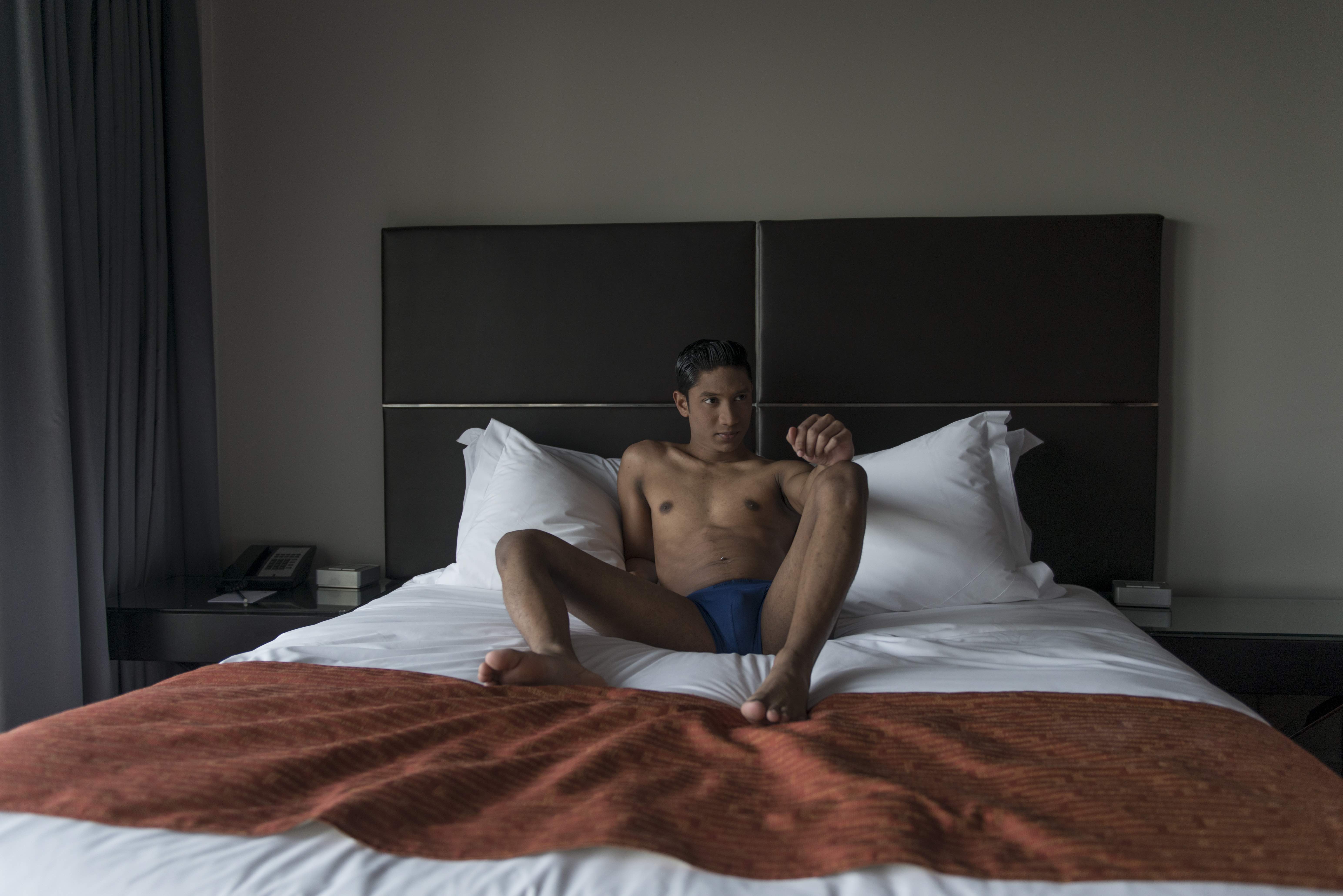 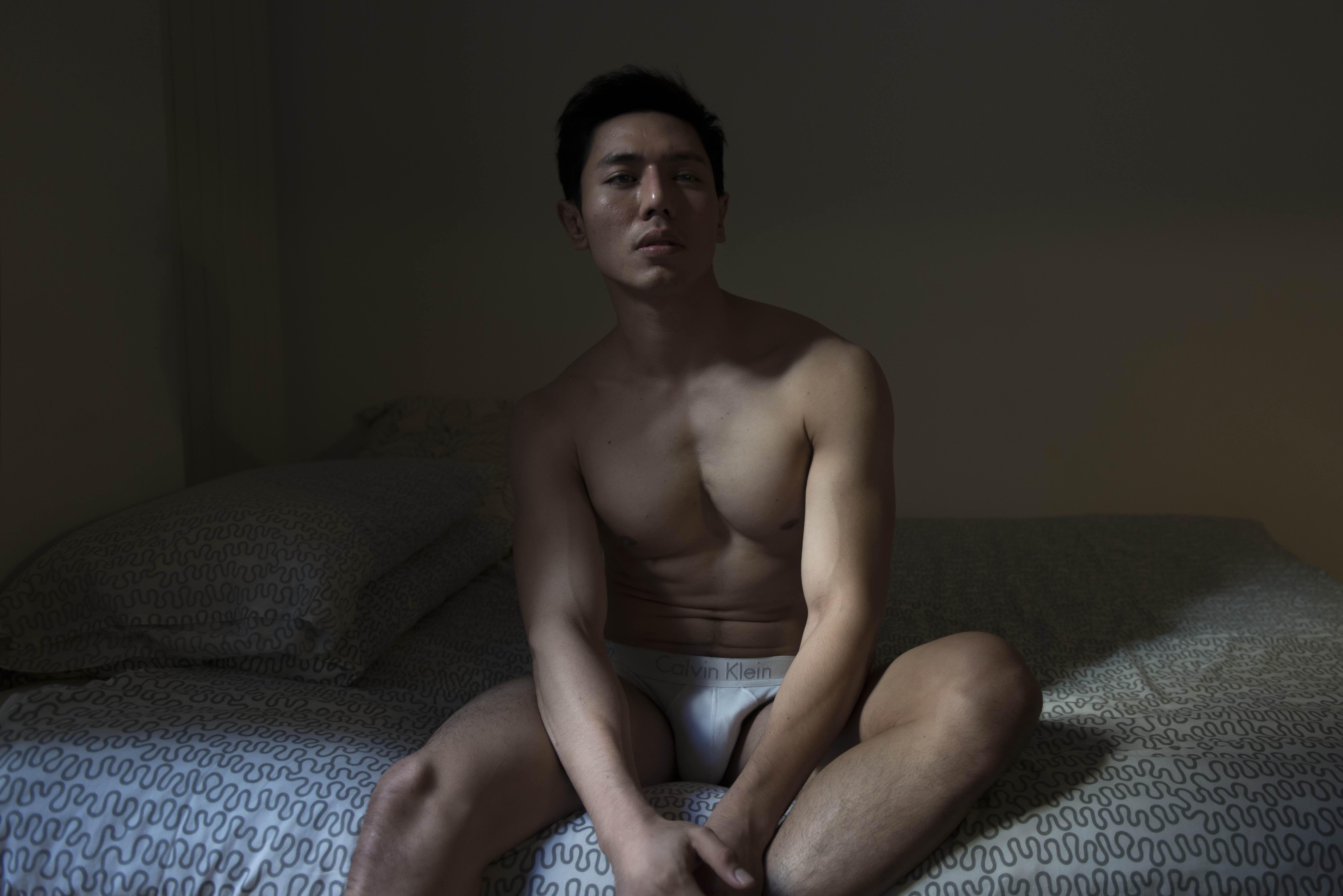 What was the biggest challenge for you when shooting this project?
I paid them for their time so whatever their hourly rate was, that’s how much I paid them. I guess being a student, that got tricky at times but I just made sure that I saved enough money for this project.

Did you ask any of your subjects why they got into the industry in the first place?
A few of they guy’s reasons for going into the industry was that they themselves were also students or had recently finished studying and they just needed extra money, but they ended up enjoying it as well. One guy was actually in it for research purposes because he wanted to find out why men go into sex work.

I know it’s not a common reason but he wanted to go into psychology and decided to go into this industry just to explore it and ended up enjoying it so he carried on. 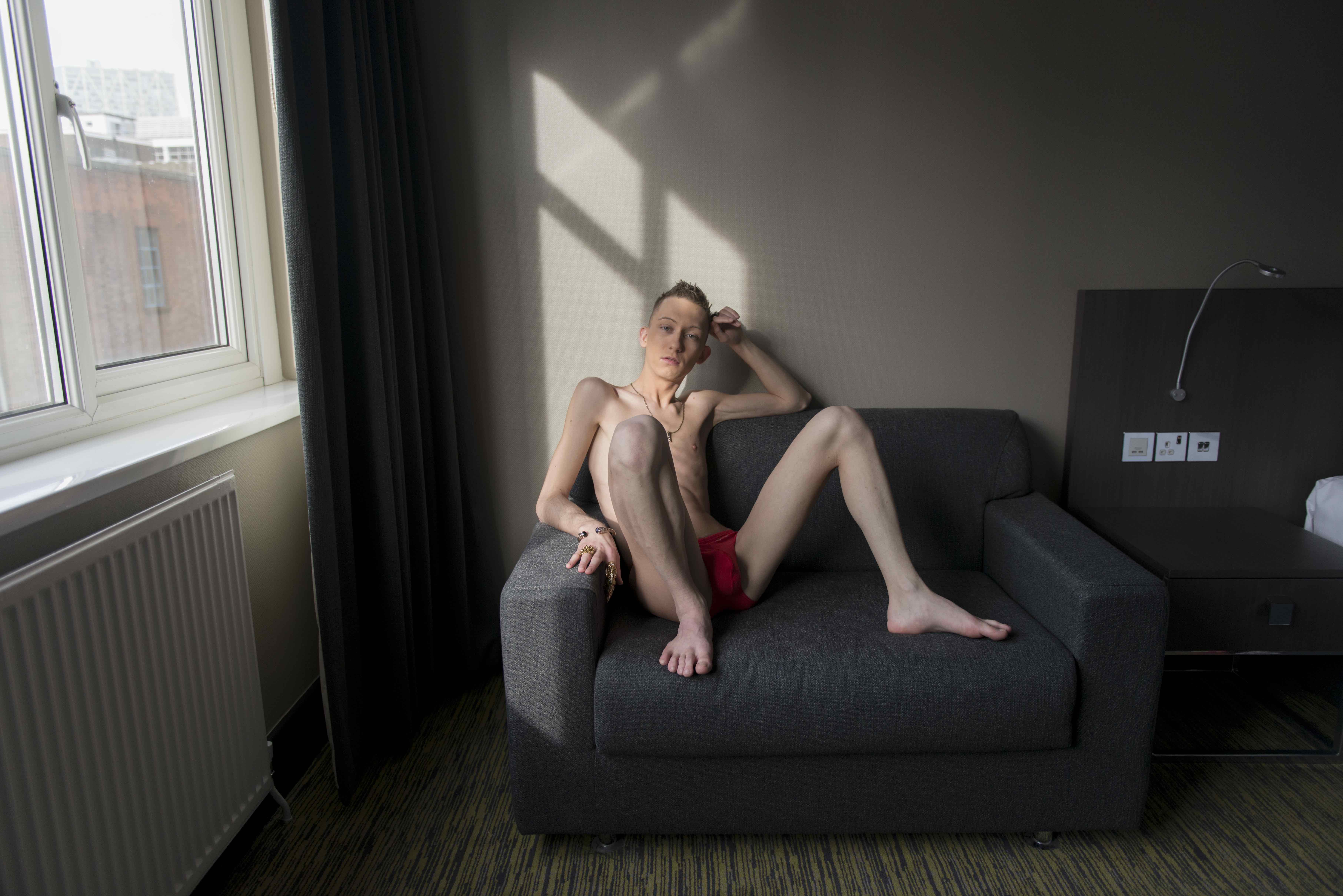 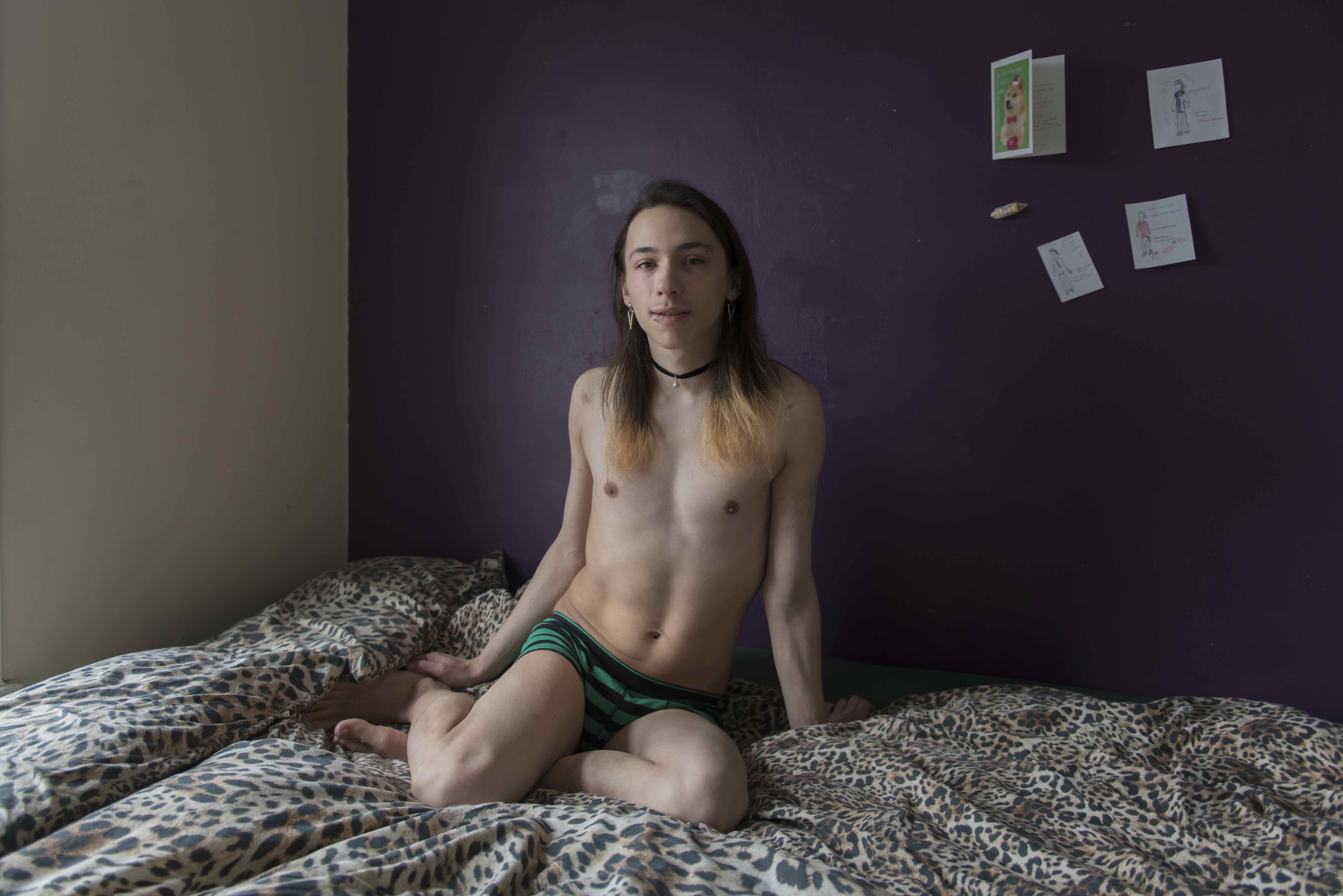 The photos in this series are beautiful, candid and in a sense, unusual. Were you hoping they’d turn out that way?
I knew I wanted to photograph them either sitting on a bed or a chair. I knew I wanted to have it flowing that way and I shot it all with natural light. I went into it not really knowing much at all; I didn’t know where I’d be shooting whether it would be a hotel room or their home. I just went there and shot them. I didn’t have anything planned in my head.

Jessica was a winner of the Student Spotlight award in the Magnum and LensCulture Photography Awards 2016.

You can check out more of Jessica’s work on her website.

Linkedin
RELATED ARTICLES
OTHER ARTICLES
After fleeing the war in Ukraine, people are finding it impossible to secure affordable and decent housing in the UK.
David 'Dee' Delgado’s photo project is about honouring and uplifting the city of his youth, and a world rapidly disappearing under the relentless onslaught of gentrification.
From snake handlers to mardi-gras revellers, Tom “TBow” Bowden’s photos provide a snapshot of the wonderful and weird people who make up America.
A group of aid workers face prison for helping to save people fleeing their homes at sea. If they are charged, it will have a chilling effect on humanitarian efforts.
Jeffrey Henson Scales intimate portraits and protest images of the BPP and its leaders offer a rare insight into organisation at a time of societal upheaval.
A new law change is enabling Britain’s donor-conceived children to know the truth about their origins – but campaigners say the fertility industry must do more to protect people.