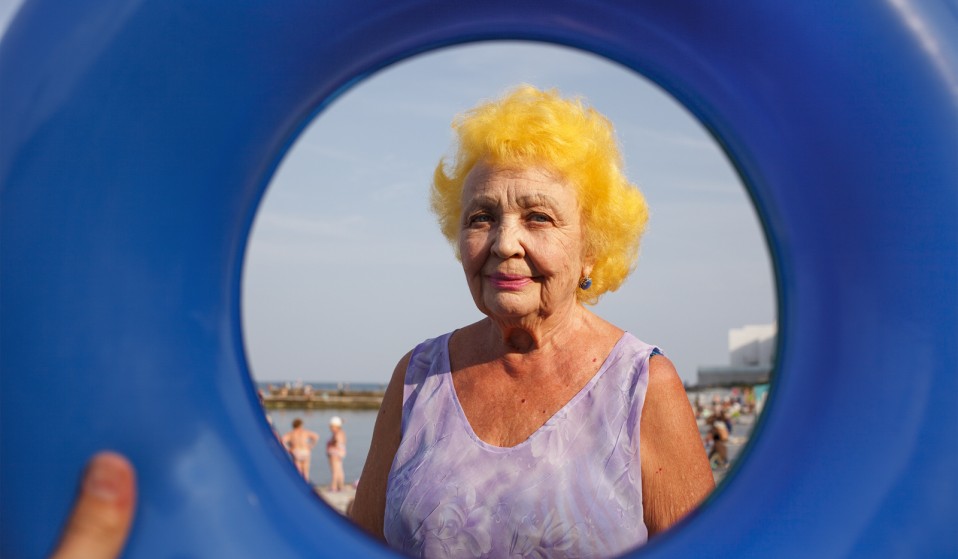 Photographer Kirill Golovchenko discovers the oddities of the seaside in his home country.

Photographer Kirill Golovchenko discovers the oddities of the seaside in his home country.

There’s an underlying psychedelia to the beach. The oversaturated red cheeks of pasty men, visibly lathered in sunscreen; women in multicoloured swimsuits leaving little to the imagination; children with crocodile floaties and bright blue tongues. That, and the heat, heavy on the skin and on the air, making everything just that little bit more surreal.

Kirill Golovchenko’s new book Out of the Blue captures that sense of oddity. Calling the seaside “calming and threatening at the same time”, the Ukranian photographer used a bright blue dinghy to zoom in on unusual aspects of the beach experience in his home country.

“You can find out more about people at the beach than at other public spaces,” says Golovchenko. “People go to the beach, take off their clothes, lie down next to other people they don’t know, swim, eat, tan, and drink… The more people there are lying on one level, the more join. Some parts of the beach are so hopelessly overcrowded that you can’t get to the waterside for all the beach-towels.”

“My images are what they are, merely windows on the reality of the seaside. Most images are direct observations captured using a camera: seen briefly, and then they’re over. I’ve always needed to be close up to people, to almost be part of them, which is like saying I was never just an observer but also a holidaymaker. One of them.”

This duality is present in his photos, which feel like voyeurism and holiday snaps at the same time. The dinghy’s circle frames scenes that might otherwise be seen as unremarkable and gives them a new, surreal, almost performed context: A headless sunbather, someone high-fiving a foot, a crowd gathering around a giant inflatable panda. 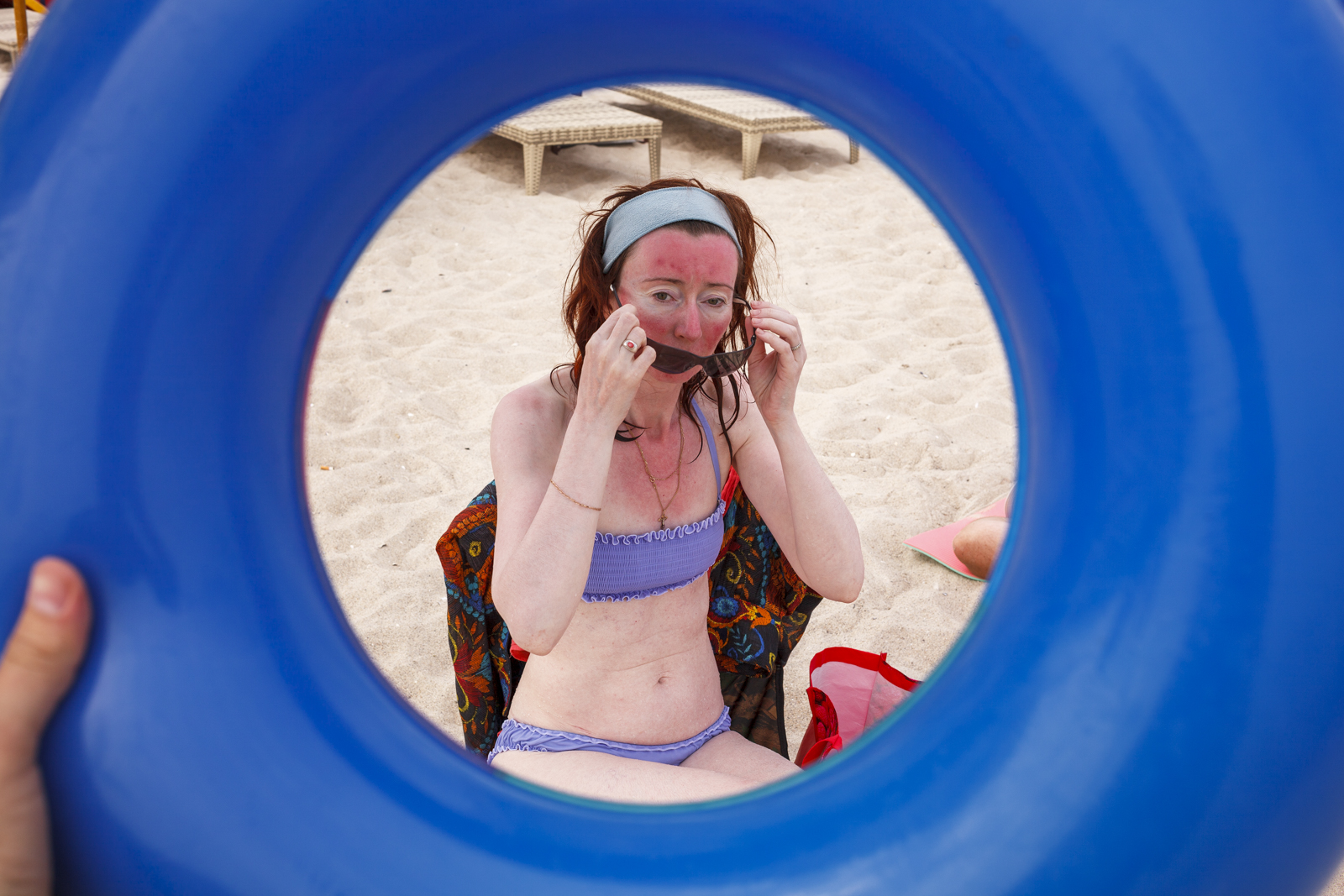 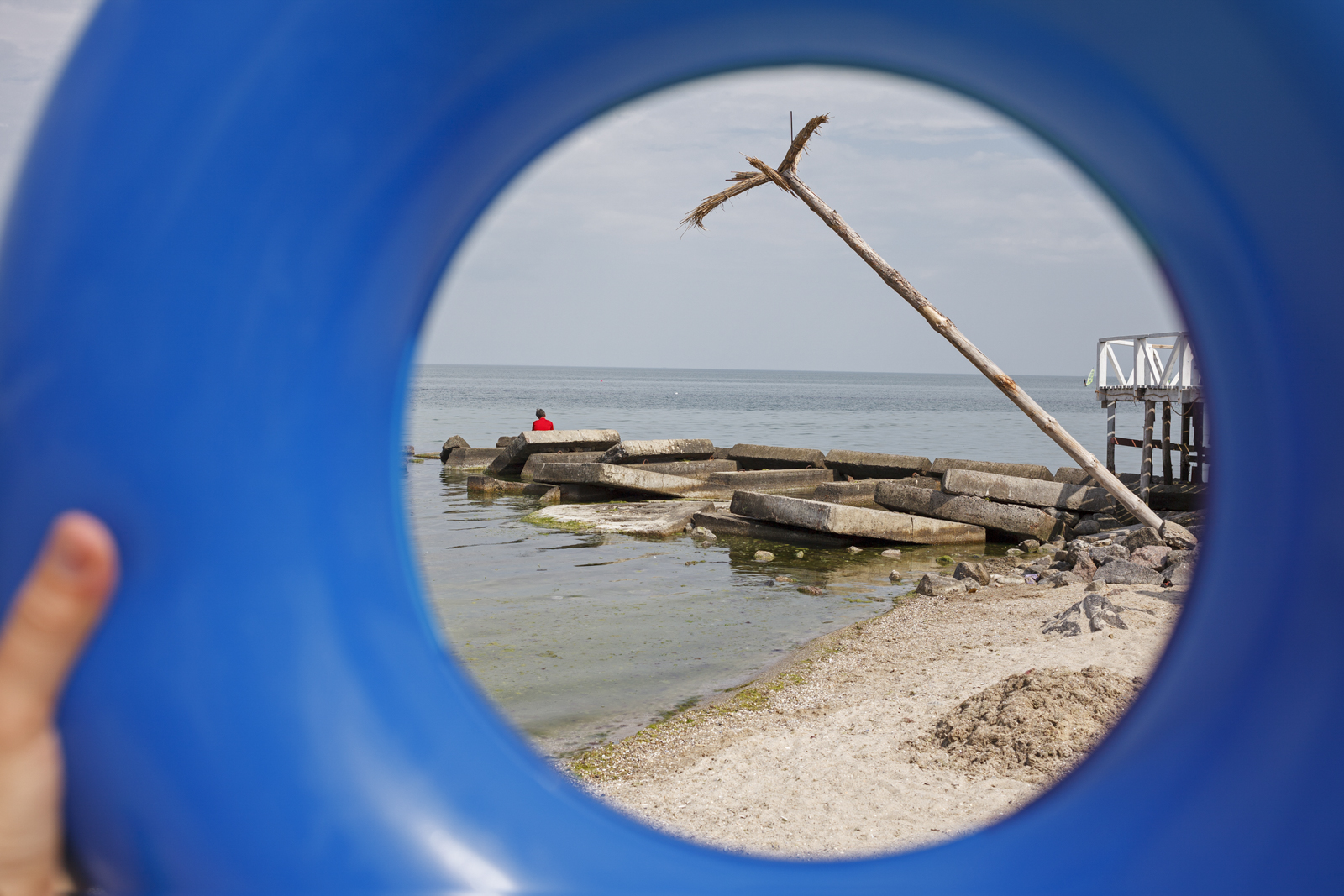 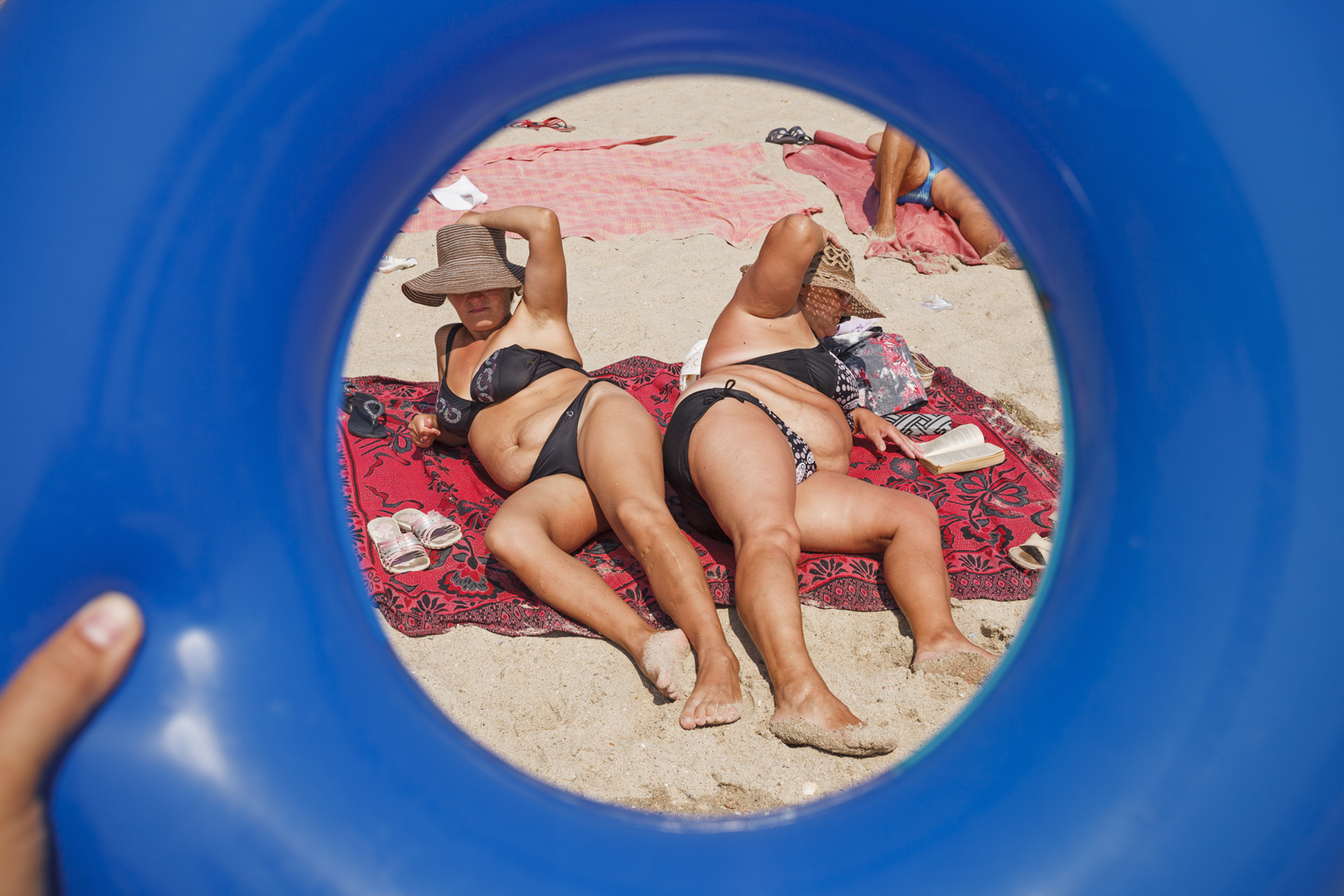 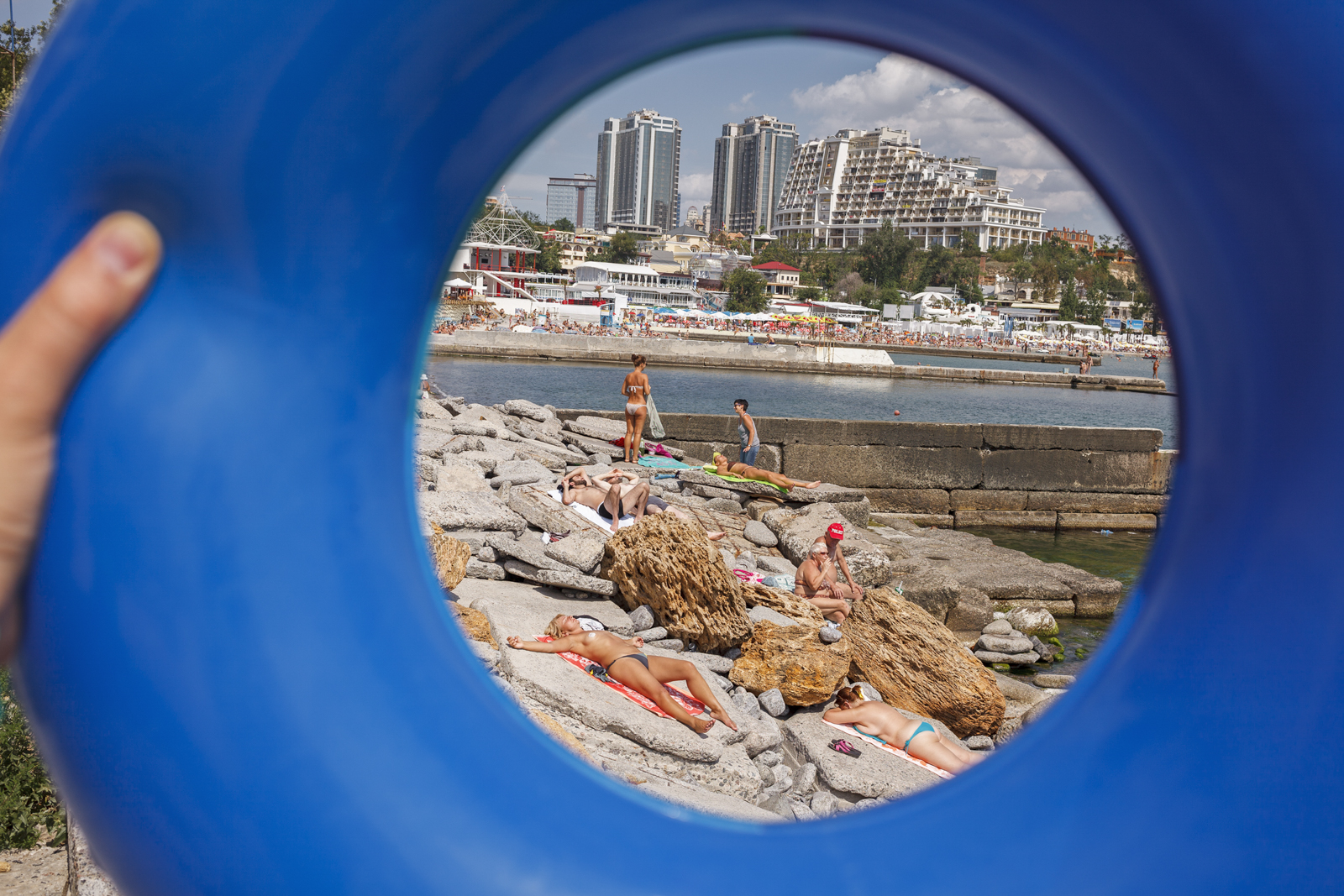 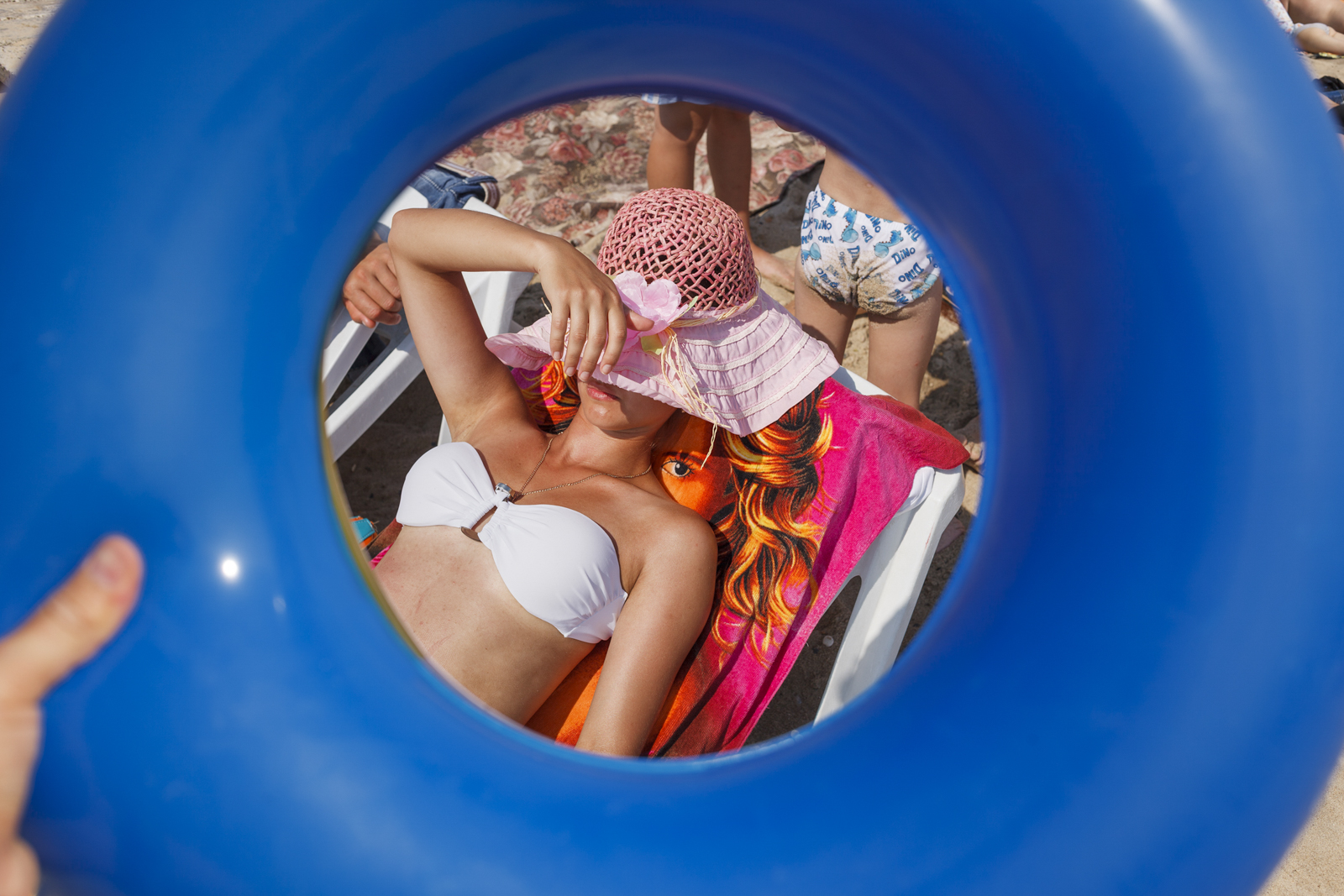 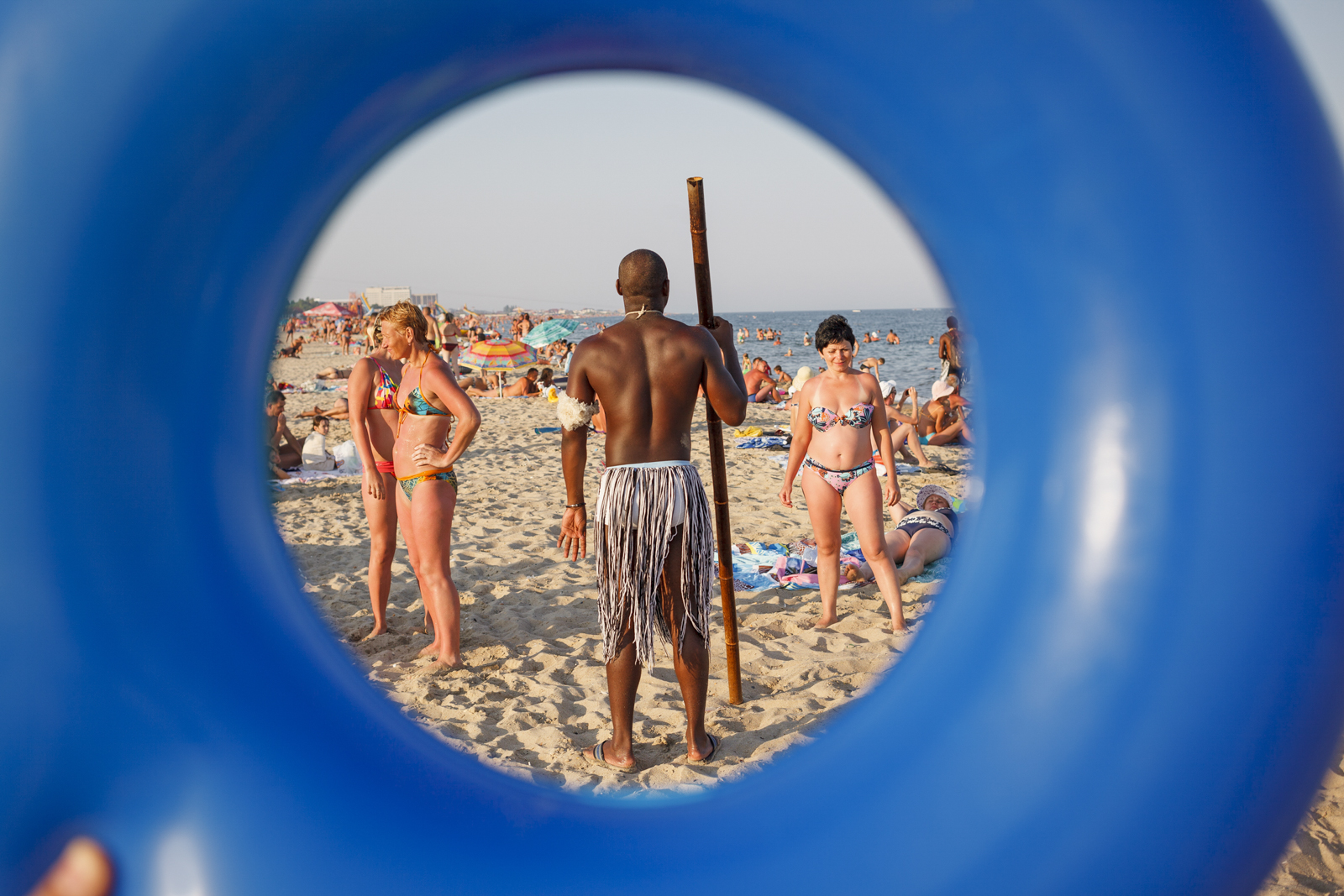 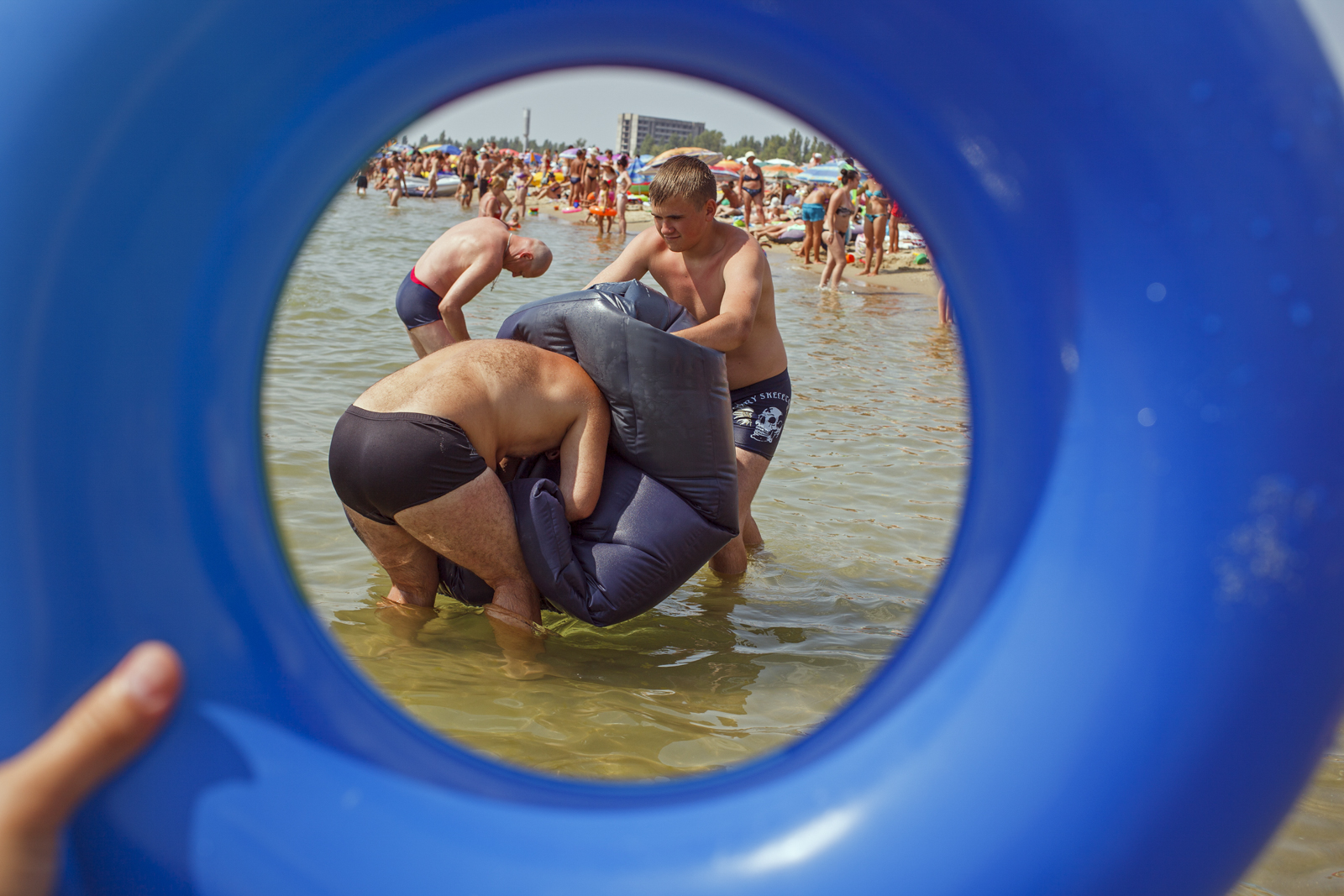 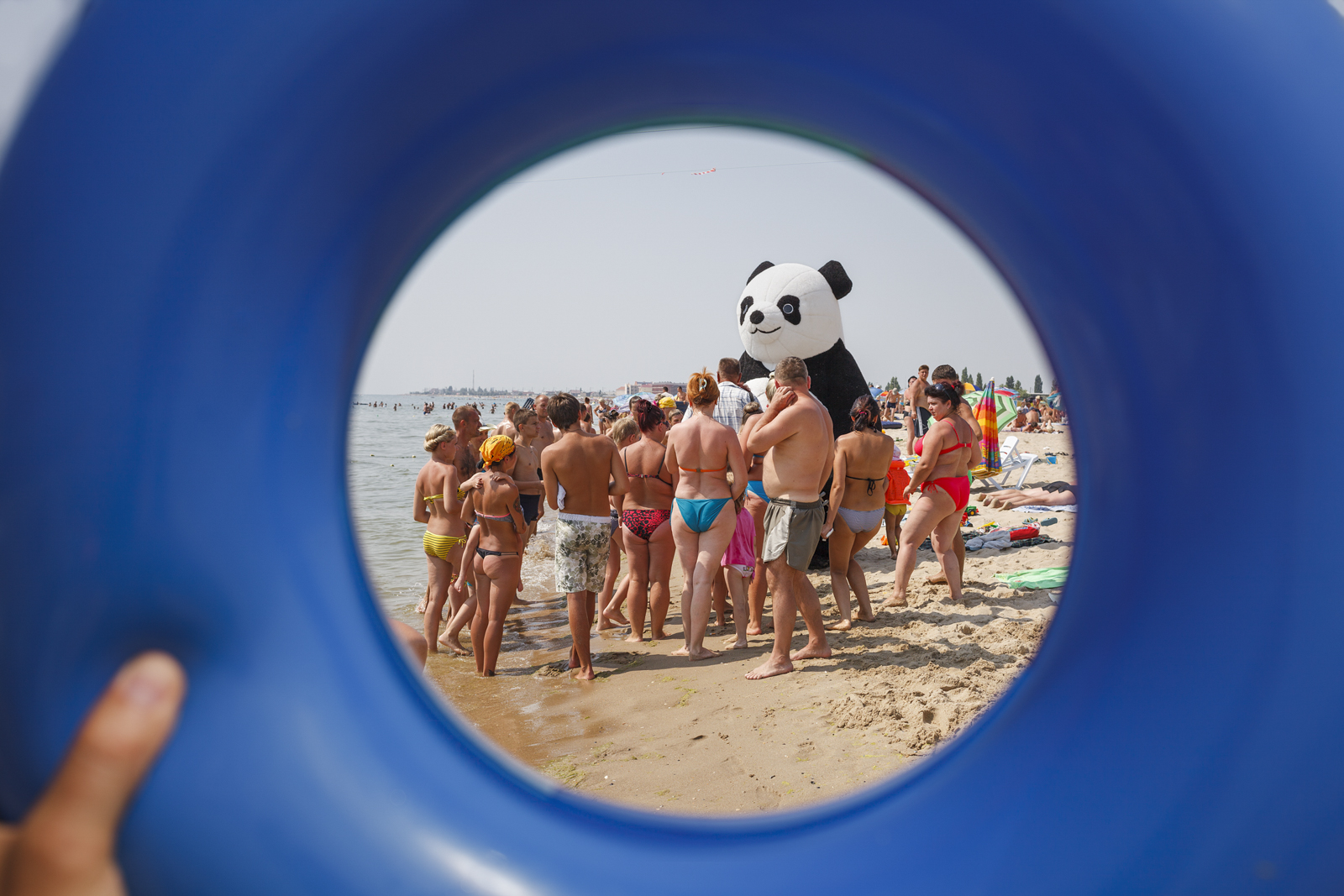 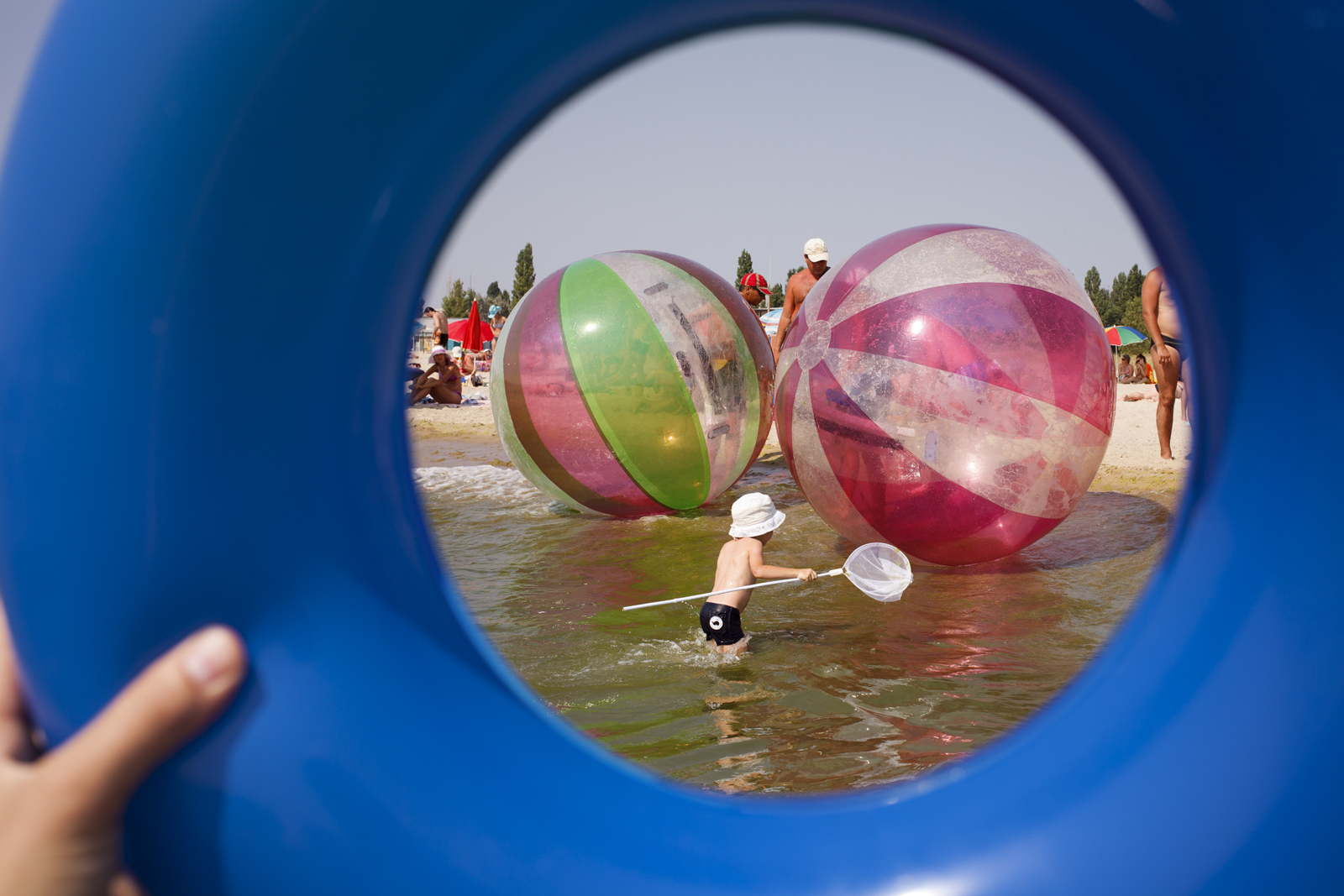 Linkedin
RELATED ARTICLES
OTHER ARTICLES
Since 2007, Gideon Mendel has made 20 trips to document floods in 13 countries. The result is an alarming record of what has already been lost to the climate emergency.
Filmmaker Laura Poitras discusses her new documentary which traces the remarkable life of the artist-activist and the impact of her battle against the US opioid crisis.
After blocking the Scottish government’s gender recognition reform bill, Westminster is now devising further changes to the law to make it harder for trans people to self-identify.
Tristan O’Neill’s shots of dancers caught in moments of reverie at the height of rave’s golden age are a testament to the UK’s legendary club culture.
AI companies that develop image-generators using copyrighted artwork from the internet are coming under fire from artists who say that it amounts to theft.
Activists and campaigners are fighting back against new laws that would seriously undermine the ability to take industrial action, calling it an attack on fundamental workers' rights.