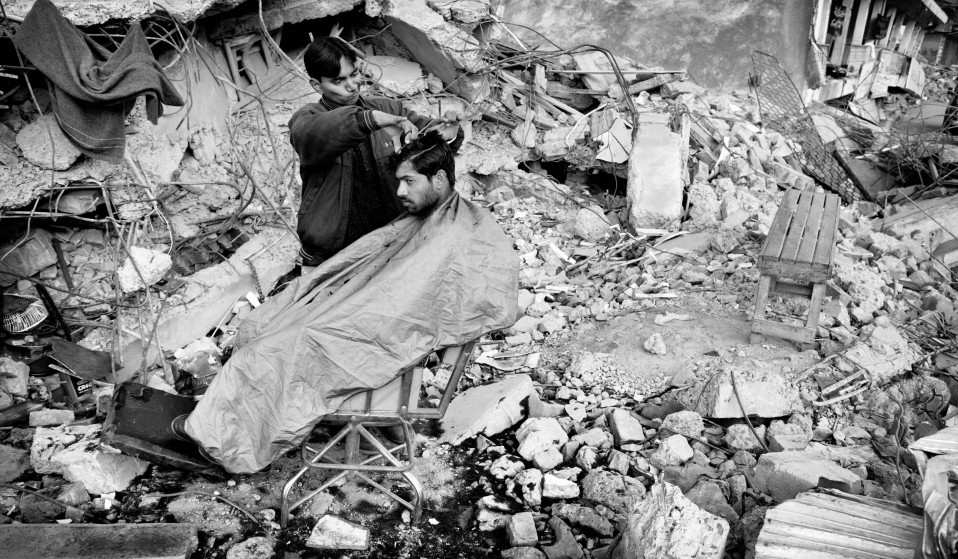 For 25 years, Dutch photographer Jan Grarup has been travelling the world to document some of history’s most significant wars, crises and catastrophes – taking striking black-and-white portraits of his discoveries.

For 25 years, Dutch photographer Jan Grarup has been travelling the world to document some of history’s most significant wars, crises and catastrophes – taking striking black-and-white portraits of his discoveries.

“The finest role I can take on is that of an eyewitness,” writes Grarup in his book And Then There Was Silence. “He, who ventures out to meet people where they live, be it on the run or in the midst of war, conflict or catastrophe. Someone who tells their stories and give them a place in the world.”

Throughout his 25 year career, Danish photographer Jan Grarup has turned his lens to many of recent history’s defining conflicts – including the Rwandan and Darfur genocides, the Siege of Sarajevo and the Palestinian uprising against Israel, to name just a few.

“When I first saw Jan’s work from Somalia in the exhibition Views from Africa at LAIF photo agency in 2012, I was deeply impressed,” recalls curator Teona Gogichaishvili. “Jan’s images are far removed from the usual ‘crisis photography style’. You feel a closeness between the photographer and the places and people he photographs.” 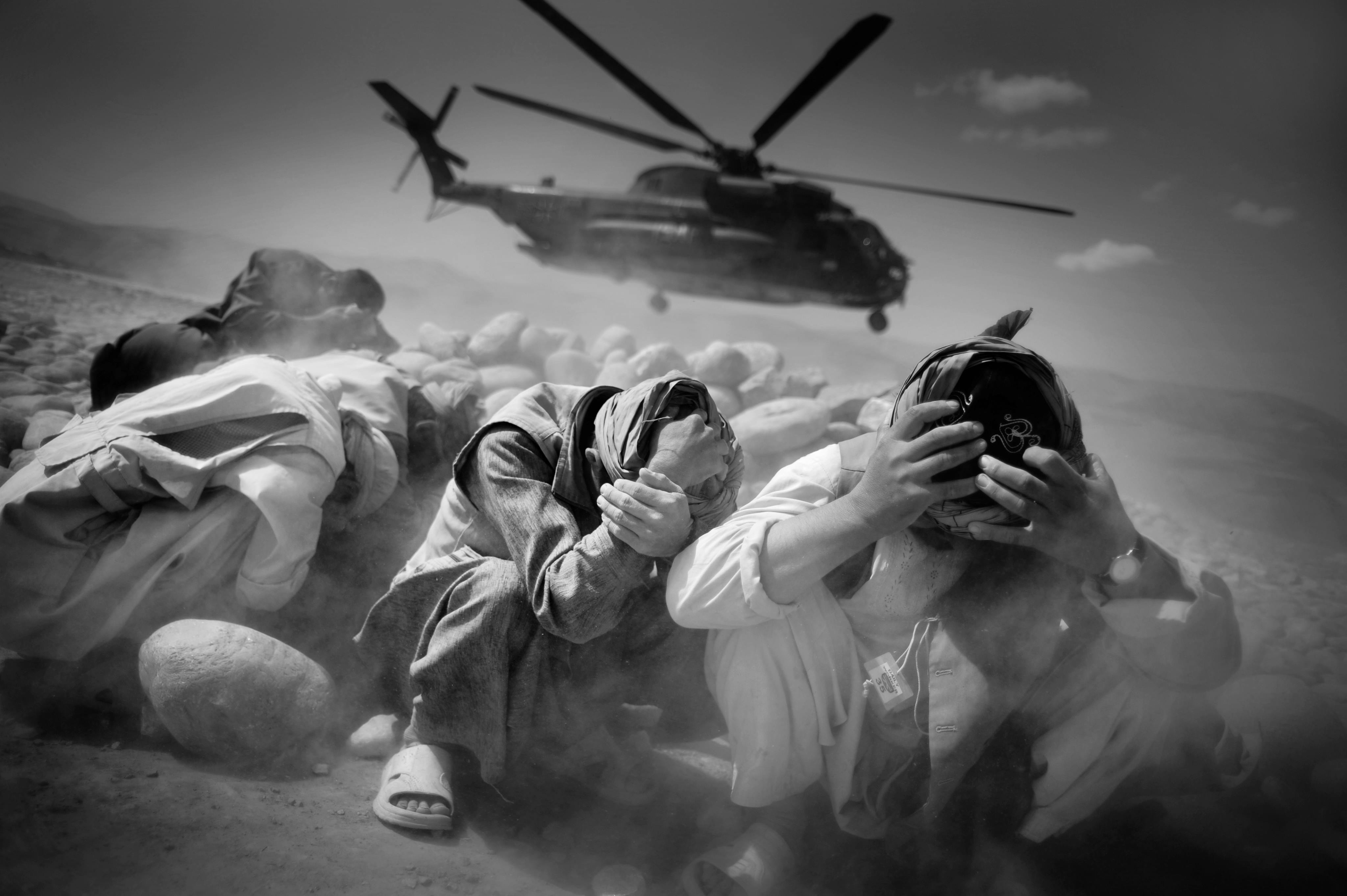 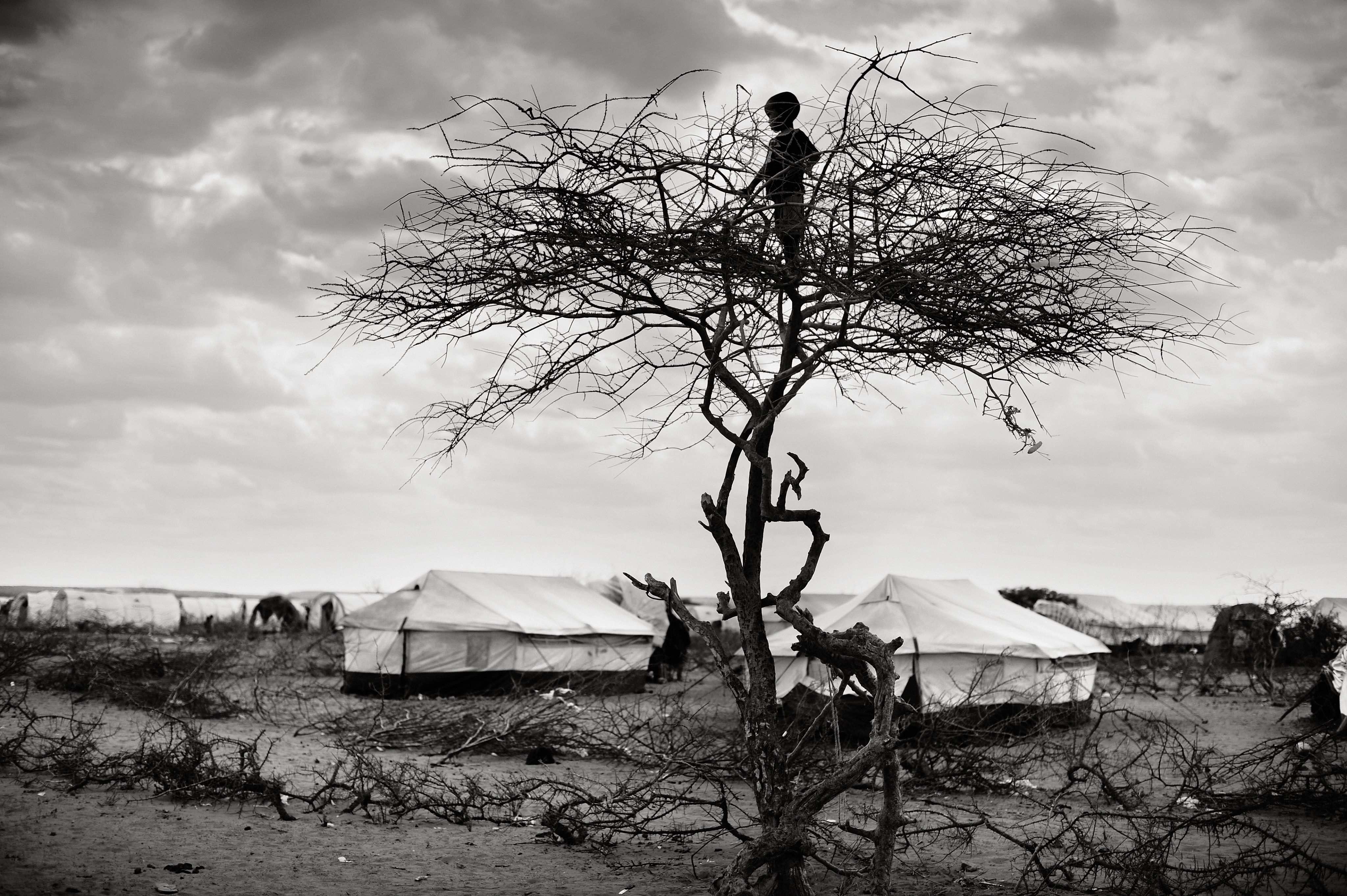 Deciding to bring Grarup’s images to Georgia, Gogichaishvili came up with a selection of images to display at Kolga Tbilisi Photo festival with her German colleague Gregor Beltzig. The images they chose were from Grarup’s mammoth 496-page book And Then There Was Silence, which covers 17 conflict regions, captured over a quarter of a century.

“Choosing which works to include was not easy because there were so many strong images,” admits Gogichaishvili. But, she says, her focus was on the visitors to the photo festival. “It was not my intention to shock people. But I did not wish to play down the story, so I had to find a middle ground.”

Photographing in black-and-white, Grarup shoots the pain and the horror of the people caught in the midst of catastrophe. However, he also captures the strength of the human will, with glimpses of joy even in the most desperate of situations. 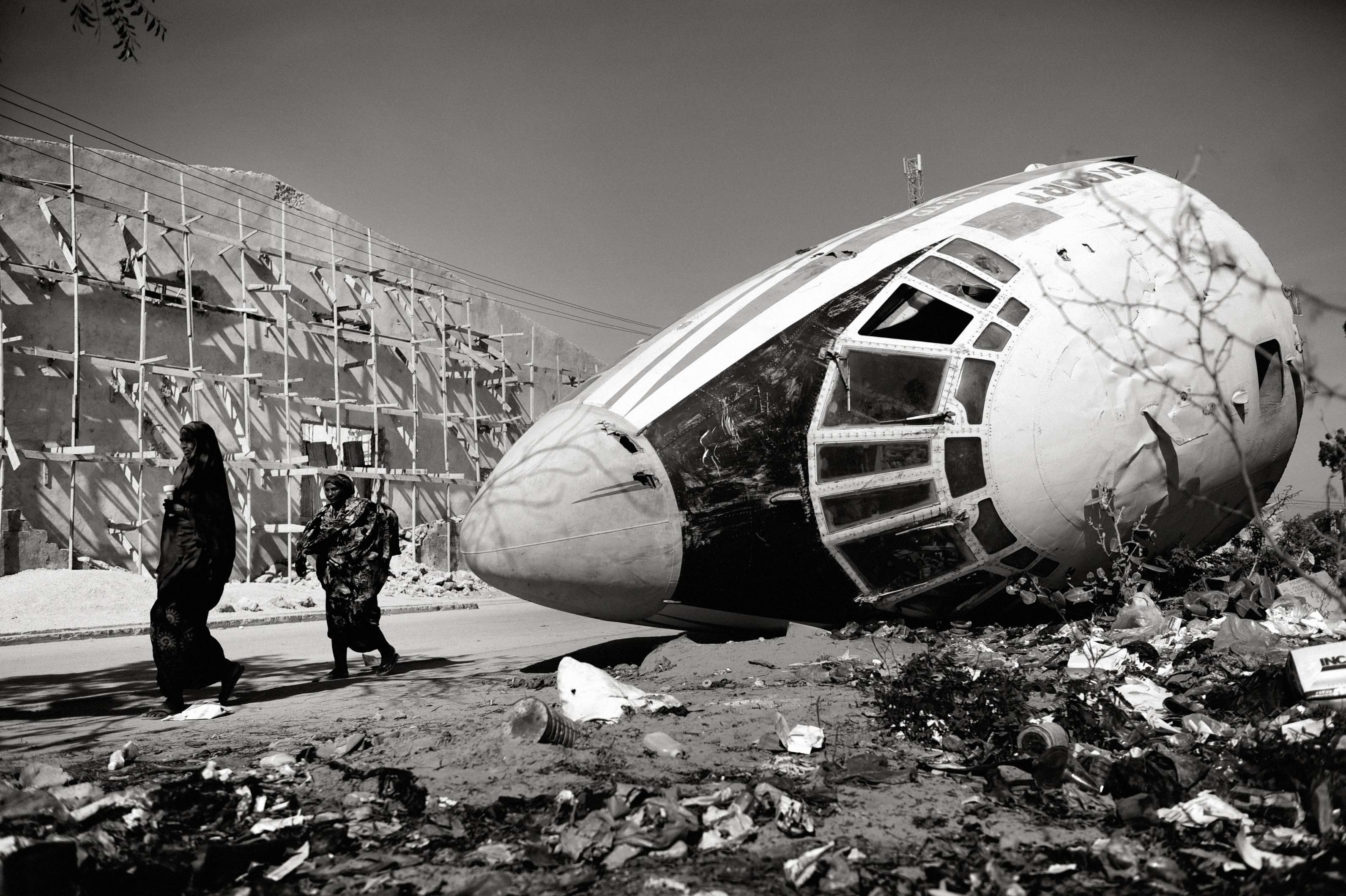 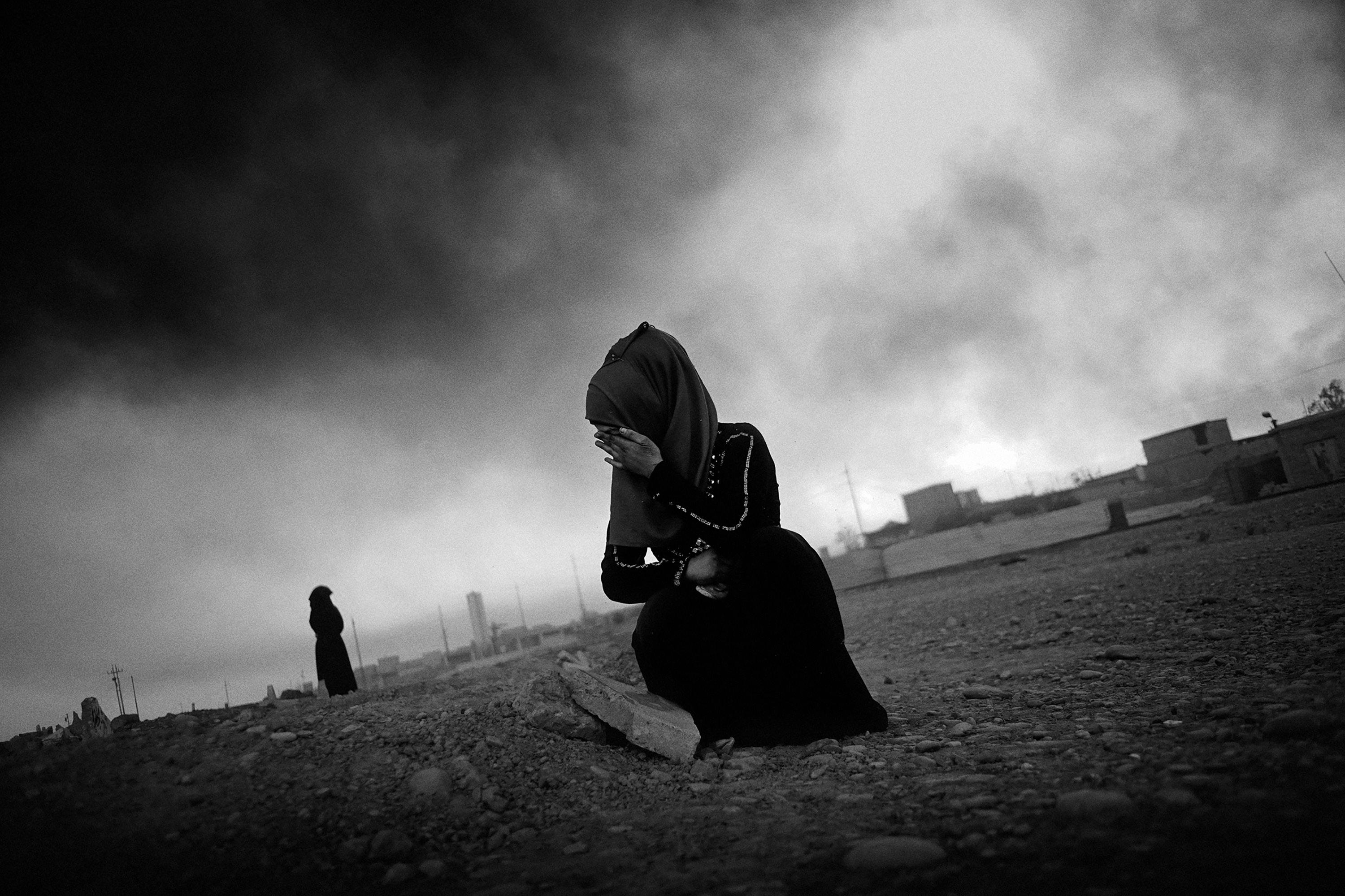 “In view of the political history of Georgia, the following countries were particularly interesting to include in the exhibition: Chechnya, Kosovo, Afghanistan, Mosul,” says Gogichaishvili. “Especially Chechnya, because we had a similar political unrest in Georgia in the ‘90s, which I can remember as a teenager.”

The biggest challenge was to get in the right frame of mind and to bring herself to look at the hard pictures, the curator adds. “Over the past several years I’ve been working with refugees. I know these cruel stories, and Jan’s pictures conveyed these stories exactly. They also speak of the ‘special silence’ before and after conflict. It’s these special silences in Jan’s images and the book itself that push us out of our comfort zones to face an uncomfortable reality.”

To buy the book, visit the And Then There Was Silence official website, and to see more of Jan Grarup’s work, check out his website.

And Then There Was Silence was one of the exhibitions at Kolga Tbilisi Photo Week.

Linkedin
RELATED ARTICLES
OTHER ARTICLES
Yesterday thousands gathered outside Buckingham Palace after news of the Queen’s death broke.
The idea that a younger generation is abandoning work has become a popular narrative online, but it doesn’t necessarily reflect reality.
Birdy Chu reflects on documenting the historic moment in which the territory was formally passed back from the UK to China.
Cindy Campbell recounts how her brother ushered in a new era of musical culture at a party she held in the Bronx in ‘70s.
For over a decade, gamblers have won big by employing people to place live bets from the court. But does this dubious method still work?
Ahead of the release of their first collaborative album, the producer and rapper talk psychedelics and the state of UK hip hop.