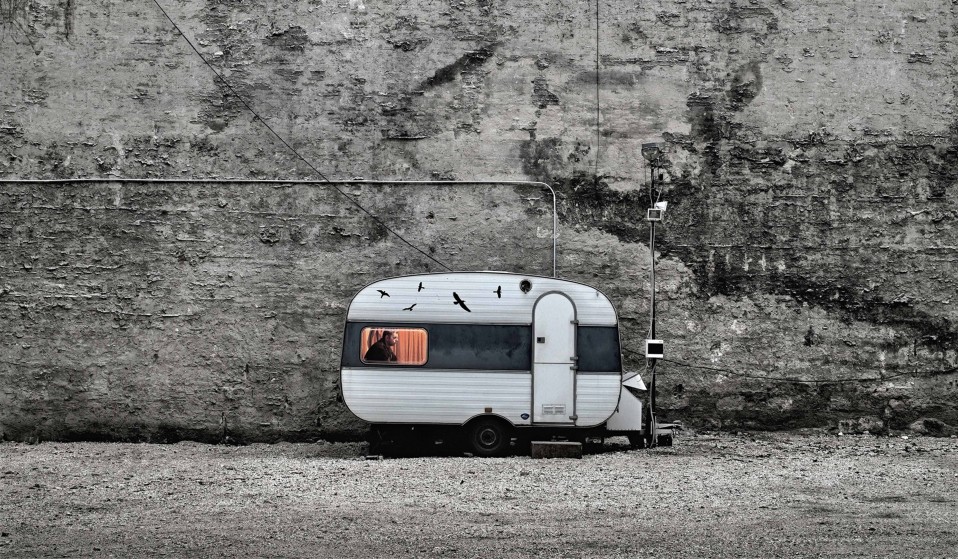 In remote villages and post-industrial towns of Eastern Europe, the modernity promised by membership of the European Union is yet to arrive. In these forgotten corners, the transition from communism to capitalism during the late ‘80s and early ‘90s was barely noticed, except when factories closed and nothing appeared to replace them.

In 2008, Hungarian photographer Tamas Dezso began exploring these overlooked towns and villages during a time of major political transition – which mainly passed them by. 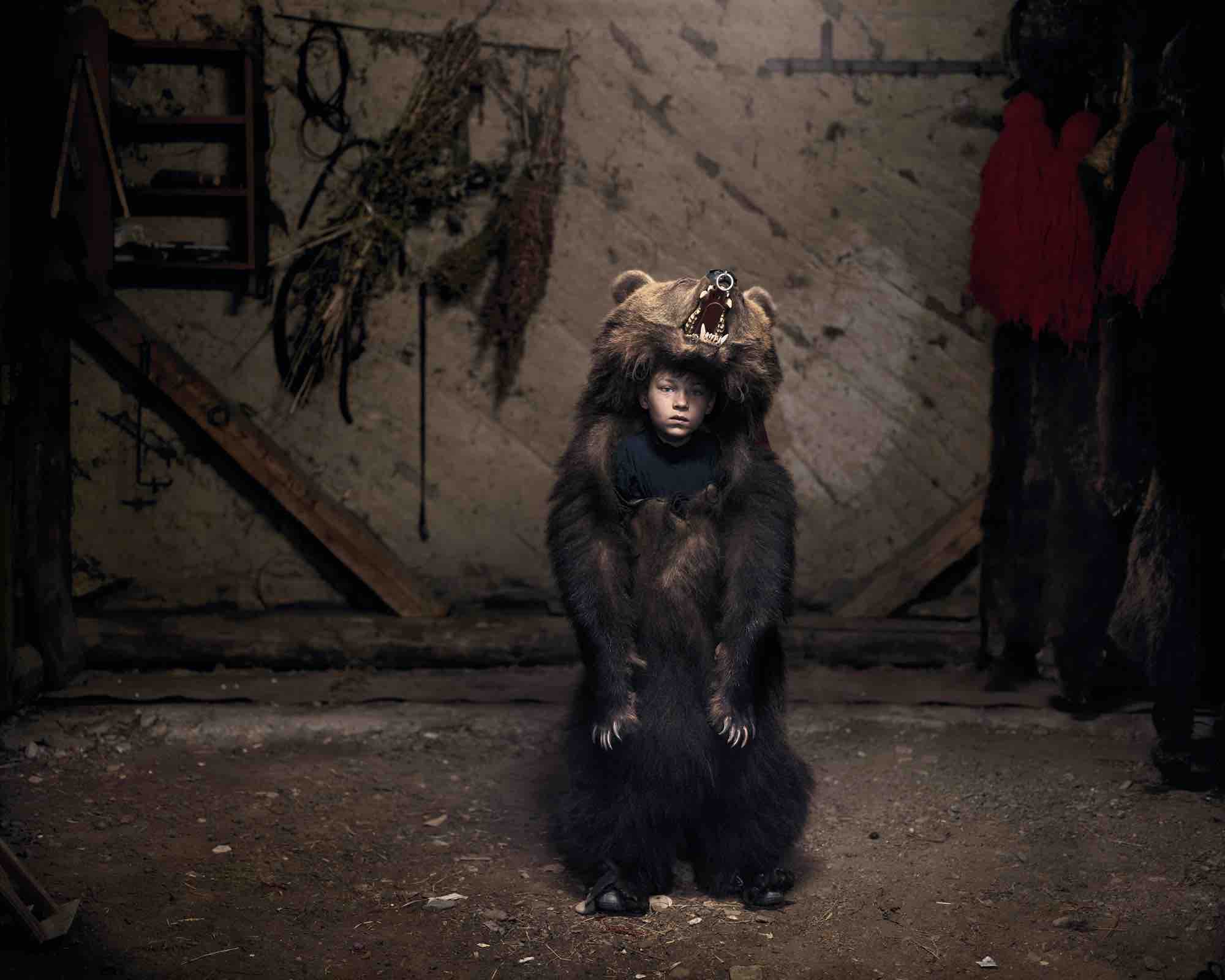 Here, Anywhere looks at his native Hungary, picking through the decaying Soviet-era ruins as centuries-old traditions slowly disappear. In 2011 he ventured into neighbouring Romania for Notes for an Epilogue, and found similarly forgotten people who had lived through even more aggressive totalitarianism and forced industrialisation under dictator Nicolae Ceaușescu.

His melancholy landscape shots of derelict factories, wasteland and empty forests sit beside his intimate portraits of local people eking out an existence and trying to persevere their way of life.

Before his work goes on show at Amsterdam’s Unseen Photo Fair & Festival, we caught up with Tamas to find out more.

Could you briefly explain the body of work you’re showing at Unseen?
Photographs from two recently completed series will be shown in Amsterdam. One of them is Here, Anywhere, which I began in 2008. It depicts characters and locations that remained untouched after the political changes in Hungary, people who remained outside society in quietly decaying districts. 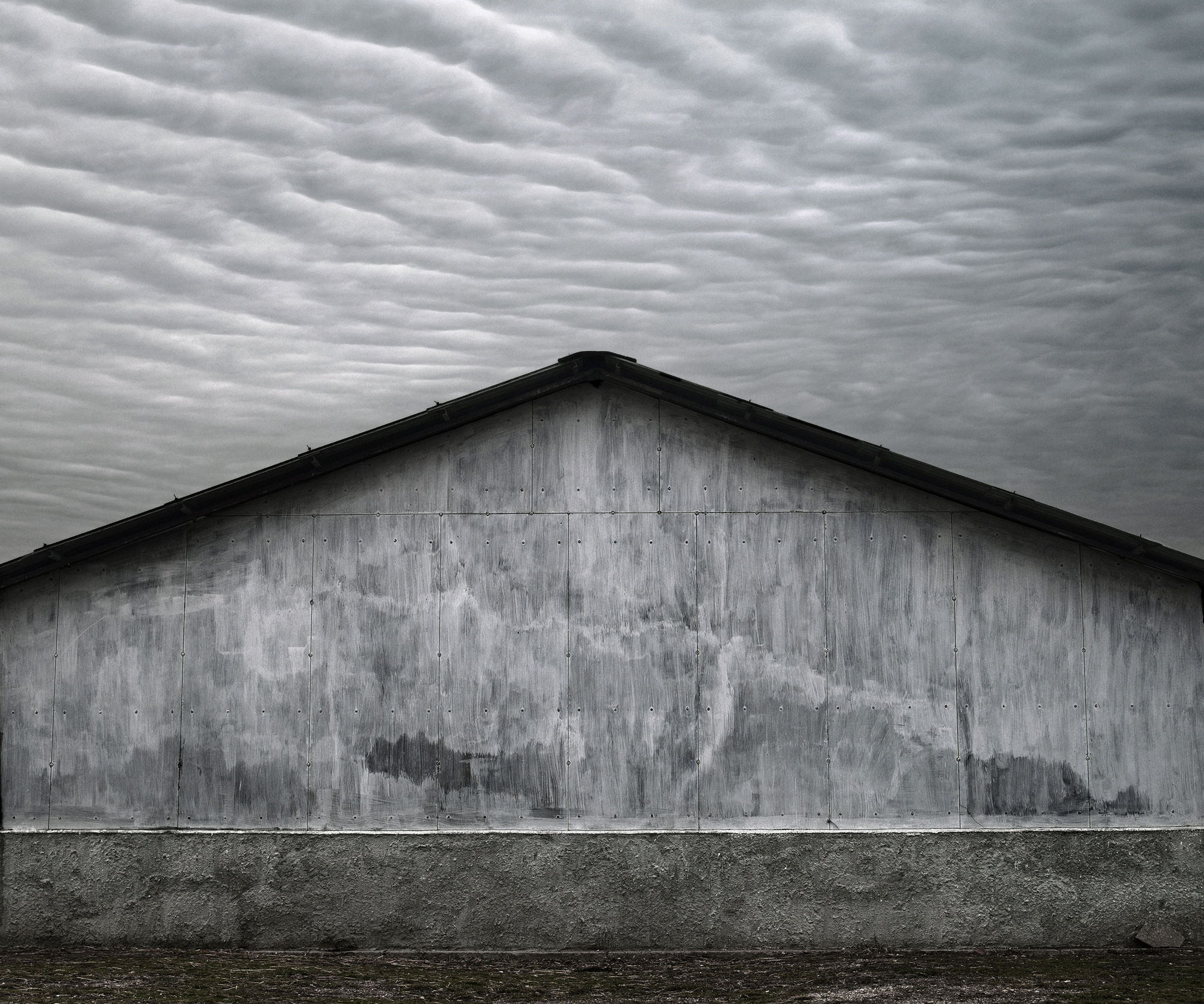 The other series also examines similarly symbolic spaces and people – with the title Notes for an Epilogue, the photographs were taken in Romania from 2010. The latter presents the still existing legacy of the communist dictatorship that was toppled in 1989. The abandoned factories, the dismissed people who were left to their own devices, struggling for their daily survival after the liquidation of enforced industrialisation. I look at the demanding conditions of life in mountain villages that function according to many centuries-old traditions, while the villages are slowly depopulated. 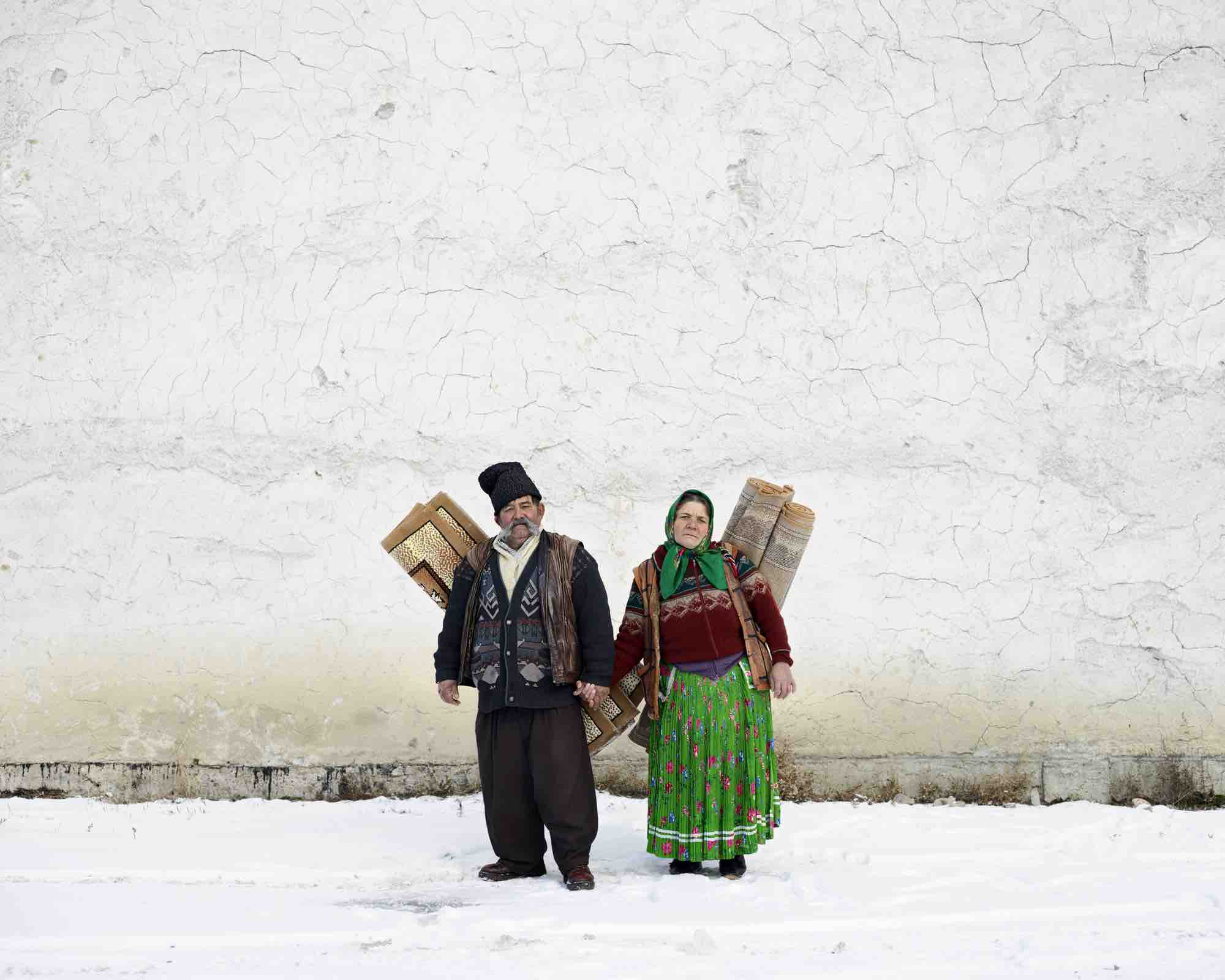 What were the biggest challenges in putting the bodies of work together?
Since both series deal with lesser-known locations and people living on the periphery, the most difficult task over the years was to find them. It wasn’t simple to get there, due to often impassable roads or lack of information. The writer of the book on Romania, which is to be published in a few days, was a great help in researching that country.

What were the biggest lessons you drew from the project?
I would emphasise my Romanian experiences and the most poignant moments of recent years. I feel privileged to have been able to share experiences with these often very elderly people who live such a difficult everyday existence with dignity, and through serious physical and psychological endurance. Yet despite their isolation they receive strangers with exceptional openness and friendship. On each occasion I was captivated by the ease they sat me at their table and the way they shared their most personal stories. 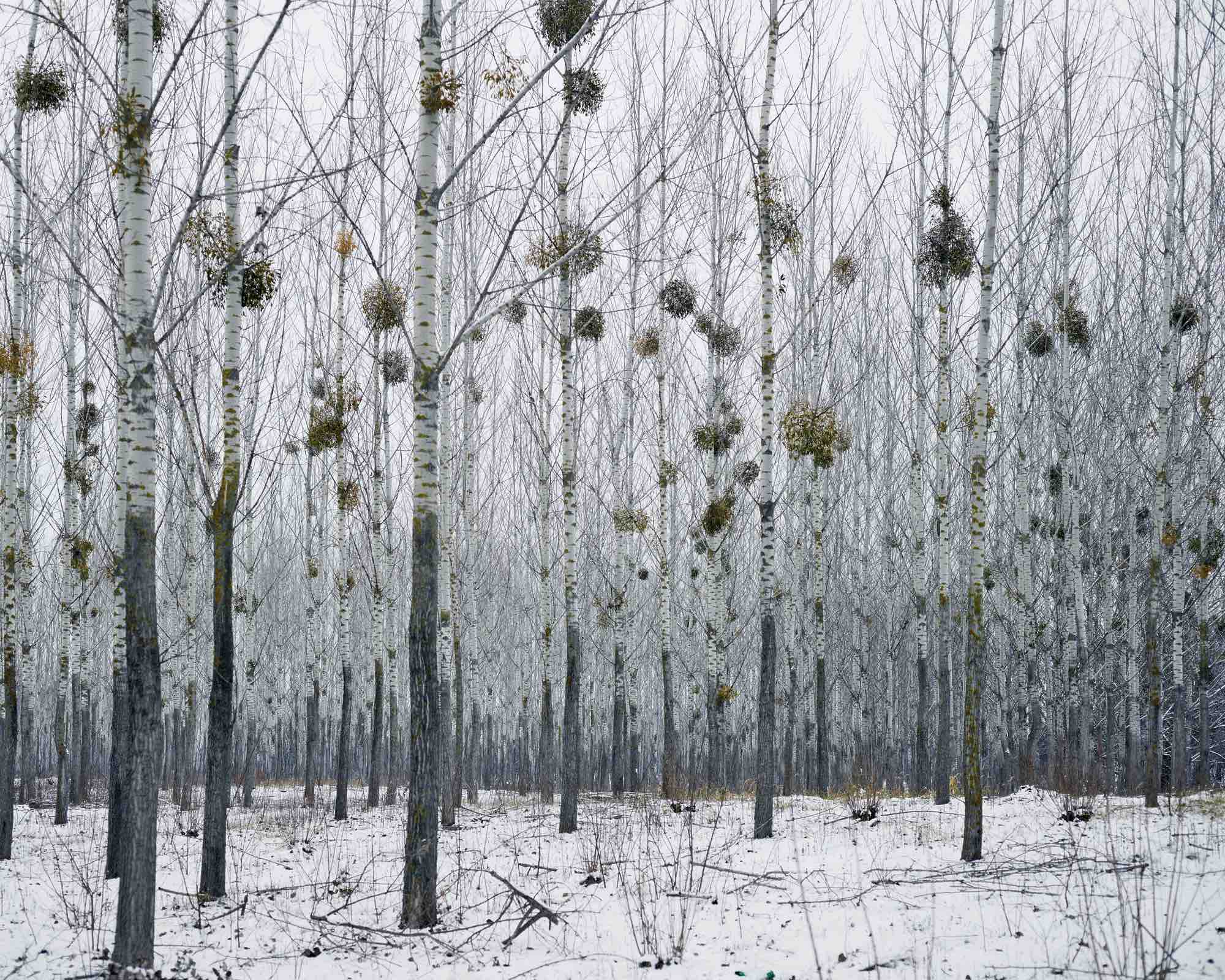 Forest With Mistletoe, West Romania, from the series Notes for an Epilogue, 2011-2015 © Tamas Dezso. Courtesy of The Photographers’ Gallery.

Did you develop any meaningful connections with your subjects? If so, how did these go on to shape the development of the body of work?
Talking with the people I met on the journeys helped me to identify the focal points of the work and the proportions, and even to set off in new directions.

Why are you drawn to people on the margins of society?
The fate of people living on the periphery, the immobility of their fate is less perceivable for the majority society, yet it is an important part of history. Their story tells you a lot about a given society. 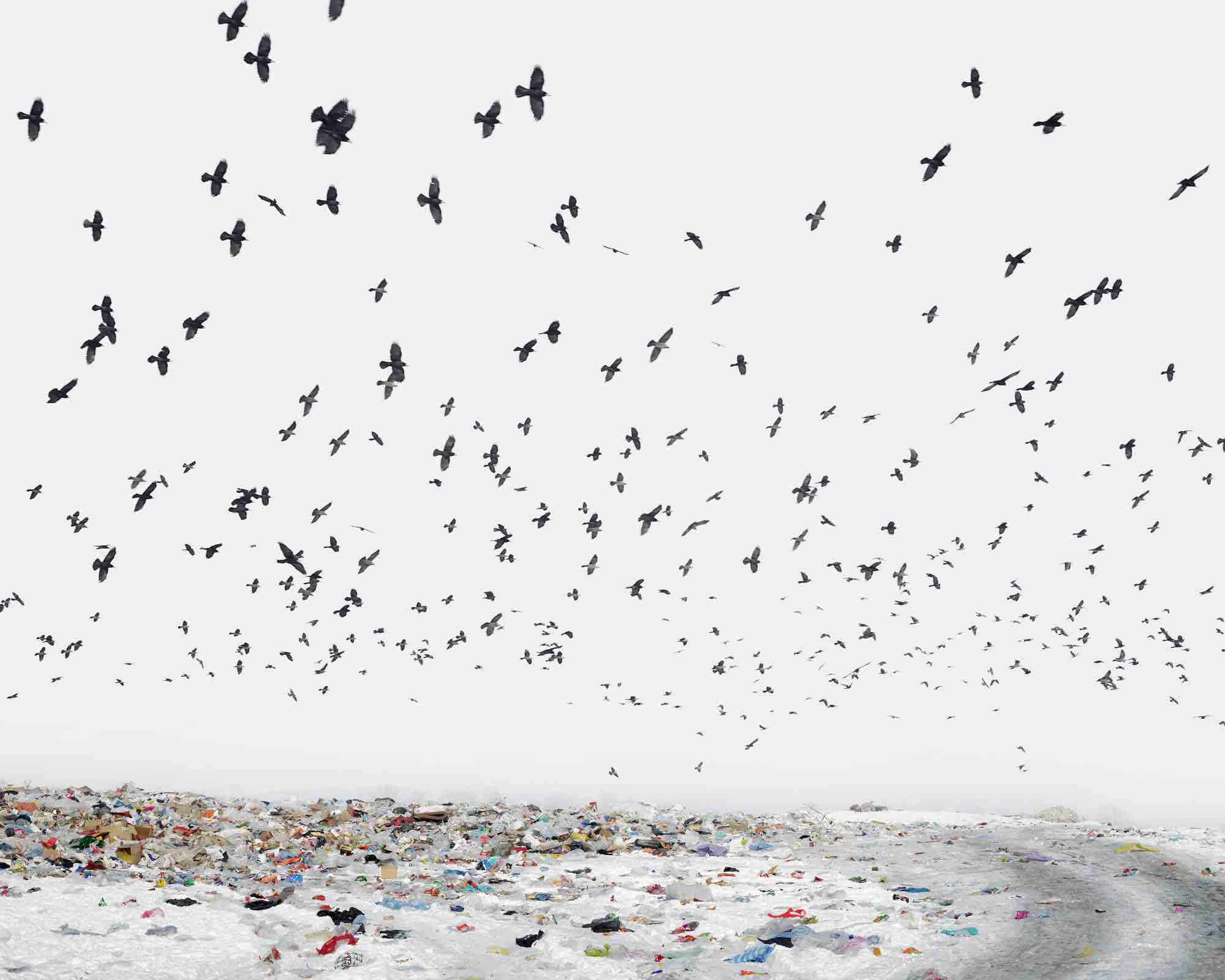 Hungary has attracted a lot of bad press recently over its policies towards refugees, and in the past over its relationships with the Roma community – attacks, repression, etc. Is Hungarian society intolerant towards those it views as ‘outsiders’? Or is the situation more complex?
What is happening in Hungary today is shameful. Unfortunately it is not the first time that significant numbers of Hungarians have proved to be racist and xenophobic. In addition, the government with its xenophobic and anti-migrant statements has also incited people in that direction. A society is not primarily defined by its political system or its religion, but by how it treats the downcast.

The government, which has extreme-right views, has reacted to the arrival of refugees in an unacceptable manner, neglecting fundamental human values. It is a shame that refugees entering the EU are treated in such a way, and this is their first experience in the European Union, which proclaims human values and a Christian approach to the world.

But of course it has to be mentioned that amidst this horrible situation the liberal intelligentsia and civil society organisations have joined forces in an exemplary way. Their very dedicated work can ease the pressure on the refugees by trying to ensure their basic needs are met, food is distributed and medical care is organised.

Linkedin
OTHER ARTICLES
Photographer Anne-Marie Michel captures the women who through determination and strength are forging their own way in a male-dominated industry.
A new series of photos by Johny Pitts shines a light on communities and subcultures that have all too often been overlooked.
As spiralling inflation sees a sharp rise in industrial action, hospitality staff in LGBTQ+ venues are demanding better pay and working conditions.
Photographer Jack D. Teemer travelled through US cities to create a vivid document of a region in decline.
With the virus now a global health emergency, we must take steps to fight misinformation and demand a swift UK-wide vaccine roll out, writes Phil Samba.
From the chip shops, to the bingo parlors and burlesque dancers, photographer Mike Coles remembers capturing scenes of holidaymakers by the English coast.