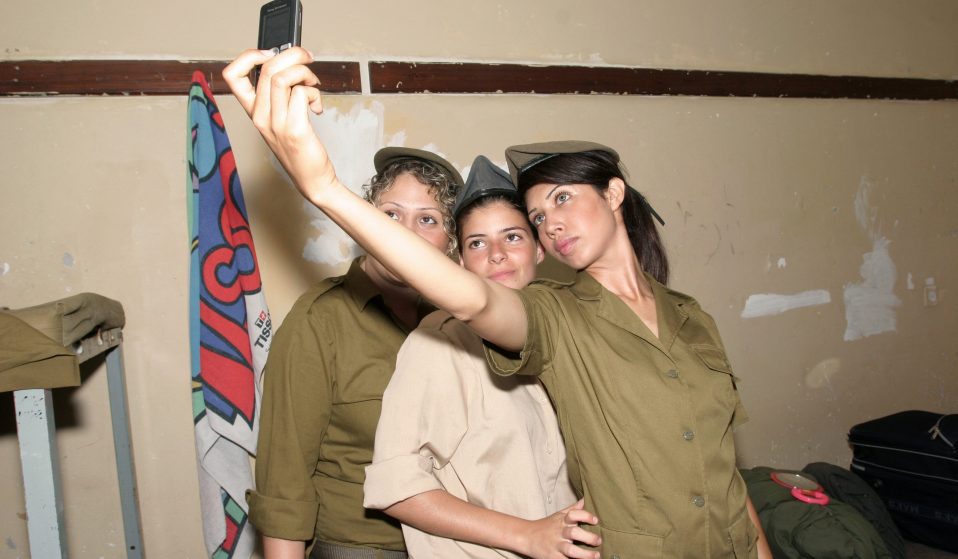 Photographer Iris Hassid Segal captures a group of teenage girls as they complete their mandatory military service in the IDF.

Photographer Iris Hassid Segal captures a group of teenage girls as they complete their mandatory military service in the IDF.

For Israeli citizens, conscription is a rite of passage. From the age of 18 – if you are Jewish, Druze or Circassian – military service is mandatory. Typically, men serve for three years and women two years. Although exemptions exist, like those made on religious, physical or psychological grounds, refusal to serve in the Israeli Defence Forces (IDF) can lead to imprisonment.

At Eighteen is a project by photographer Iris Hassid Segal, who received special permission to photograph at a basic training camp for women in 2007, several years after completing her own military service.

Back then, Segal says, “I didn’t feel connected to what I was doing, and I felt estranged to the whole army spirit; I was quite bored. Luckily, I had a lot of free time. I searched for courses to enrol in and that was how I started to study photography at the Camera Obscura School of Photography.”

Kickstarting her career as a commercial photographer, Segal returned to her personal photography projects when her daughter was around three years old. “I was drawn to the influence of culture on feminine identity and the performative collaboration with the camera by my infant daughter and her friends,” she says. 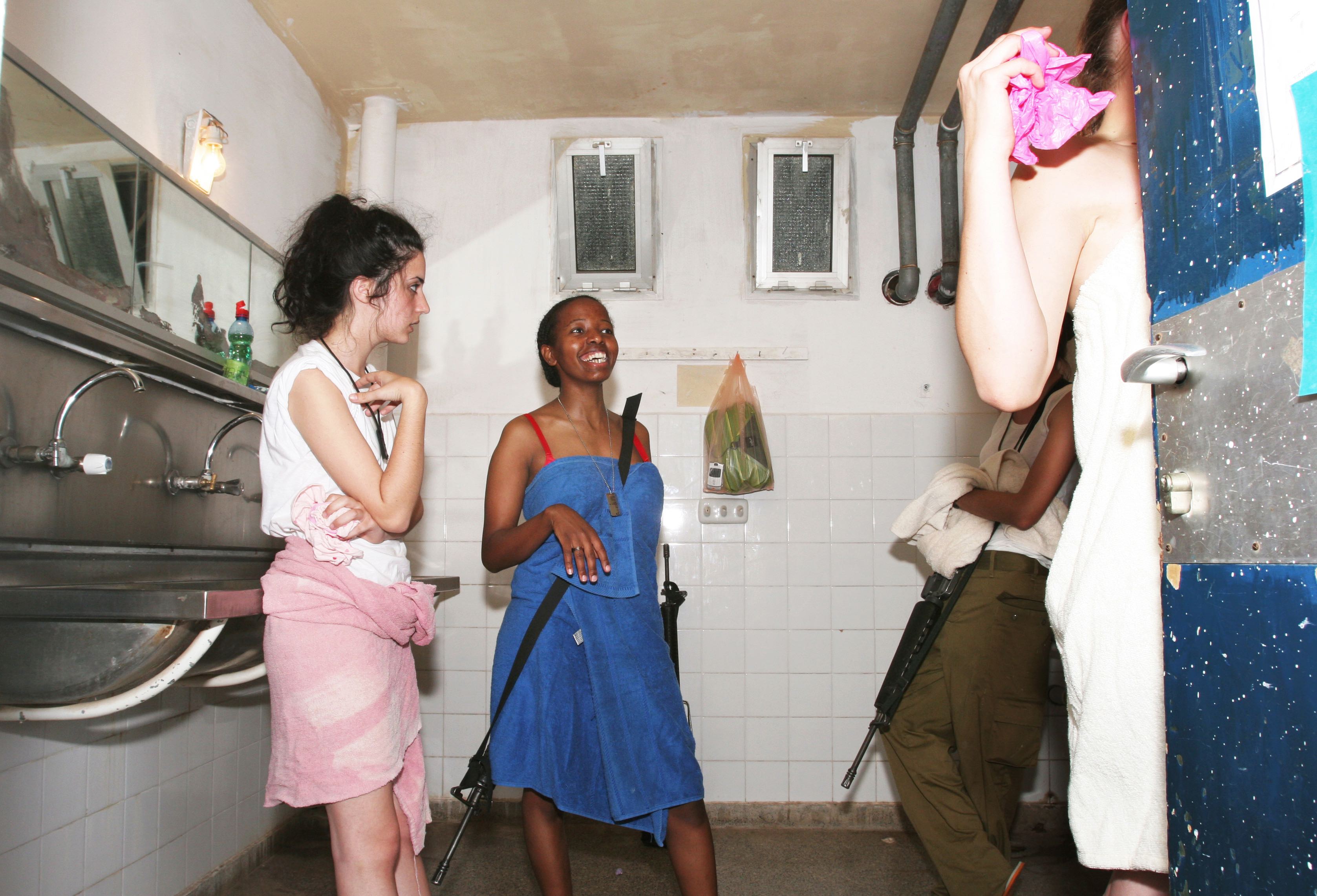 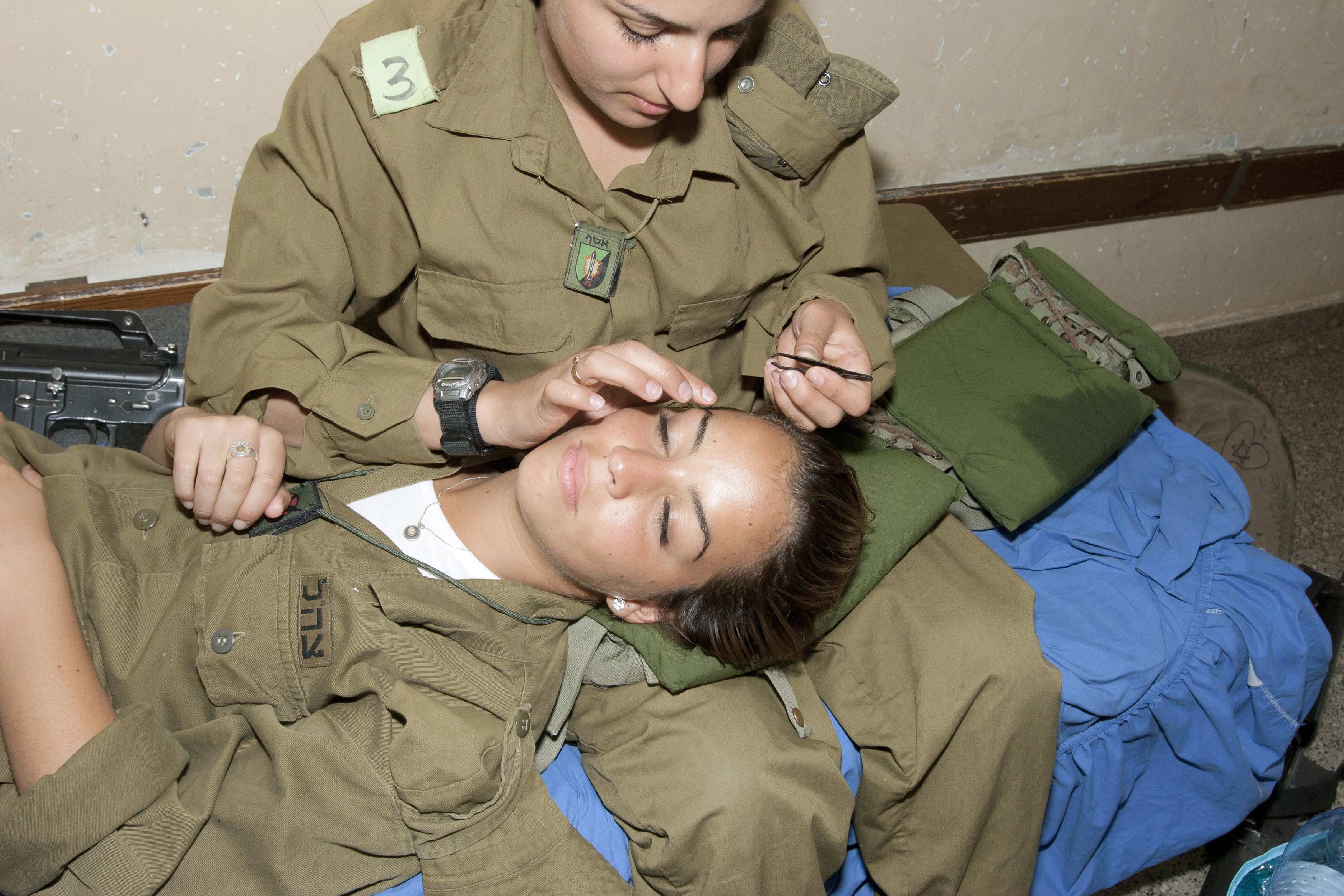 It was during this time, when American and Western culture was just taking hold in Israel, that Segal started to work on her first major photo project Over-Looking, focusing on girl culture in Israel.

“[For the project], I’d been following the preparations of an 18-year-old senior at high-school for her prom party. Her name was Anna. She said she was about to join the army and I suggested that I follow her there and photograph her at the military base. She laughed and said, ‘Sure…’”

Segal wasn’t joking. Determined, she managed to get permission from the IDF to visit and photograph the military basic training in Camp 80.

“Without notifying Anna, I arrived at the camp, and she couldn’t believe I had kept my word and that I had gotten permission,” Segal recalls. “I joined two sessions of military basic training, going there nearly every day. I got permission just at the end of Anna’s training, so she hardly appears in the series, but still, she is my motivation for starting it.”

Looking at the photos, we’re invited to focus on details: the fake nails, the outdated mobiles that we all owned back in 2007, girls taking selfies before ‘selfie’ had even entered our vocabulary. In all these scenes, there is a self-consciousness that most of us can relate to at that age.

“I was certain that mobile phones would not be allowed inside this camp, and their obsession with documenting themselves and maintaining their appearance all the time, was something I was drawn to,” says Segal. 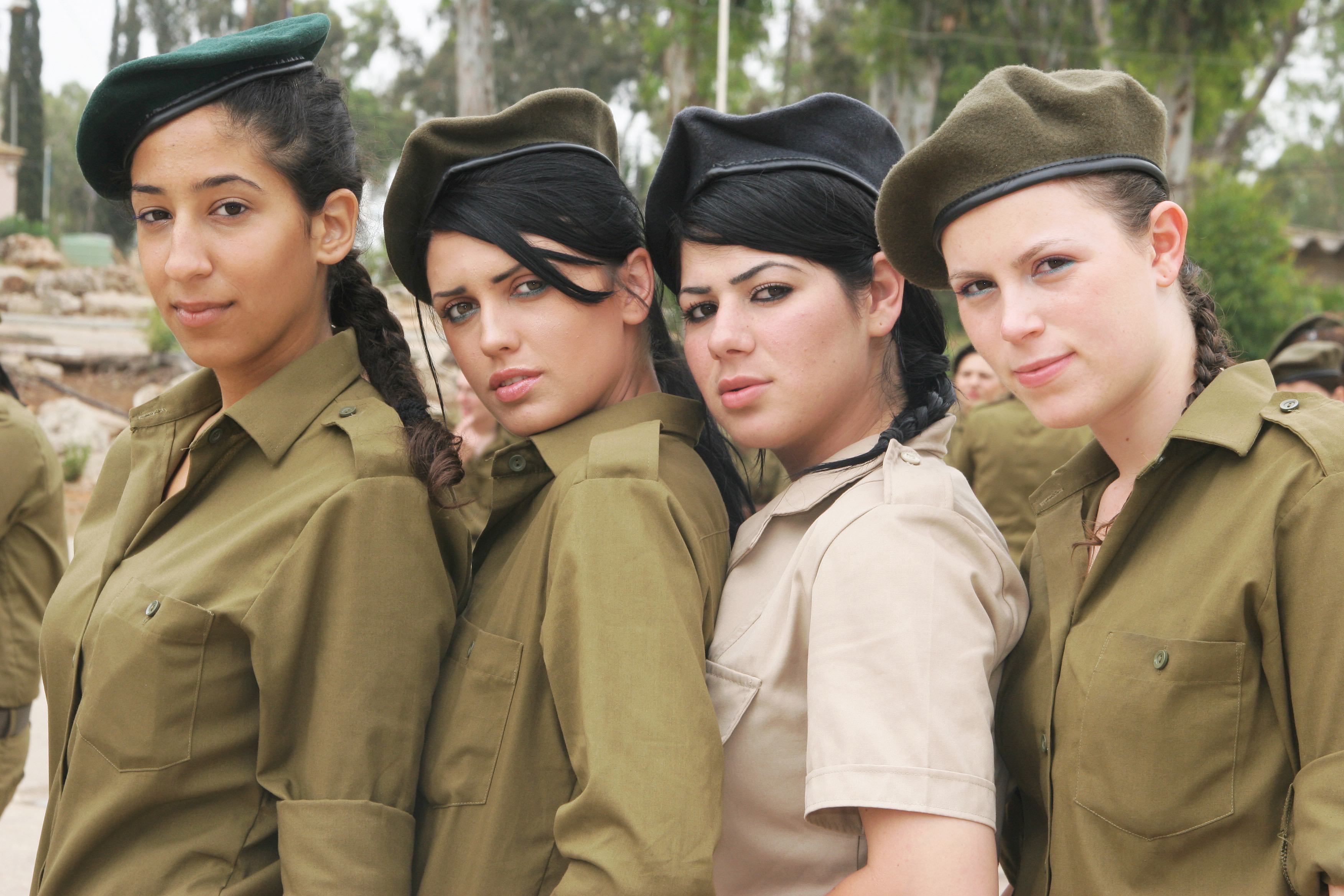 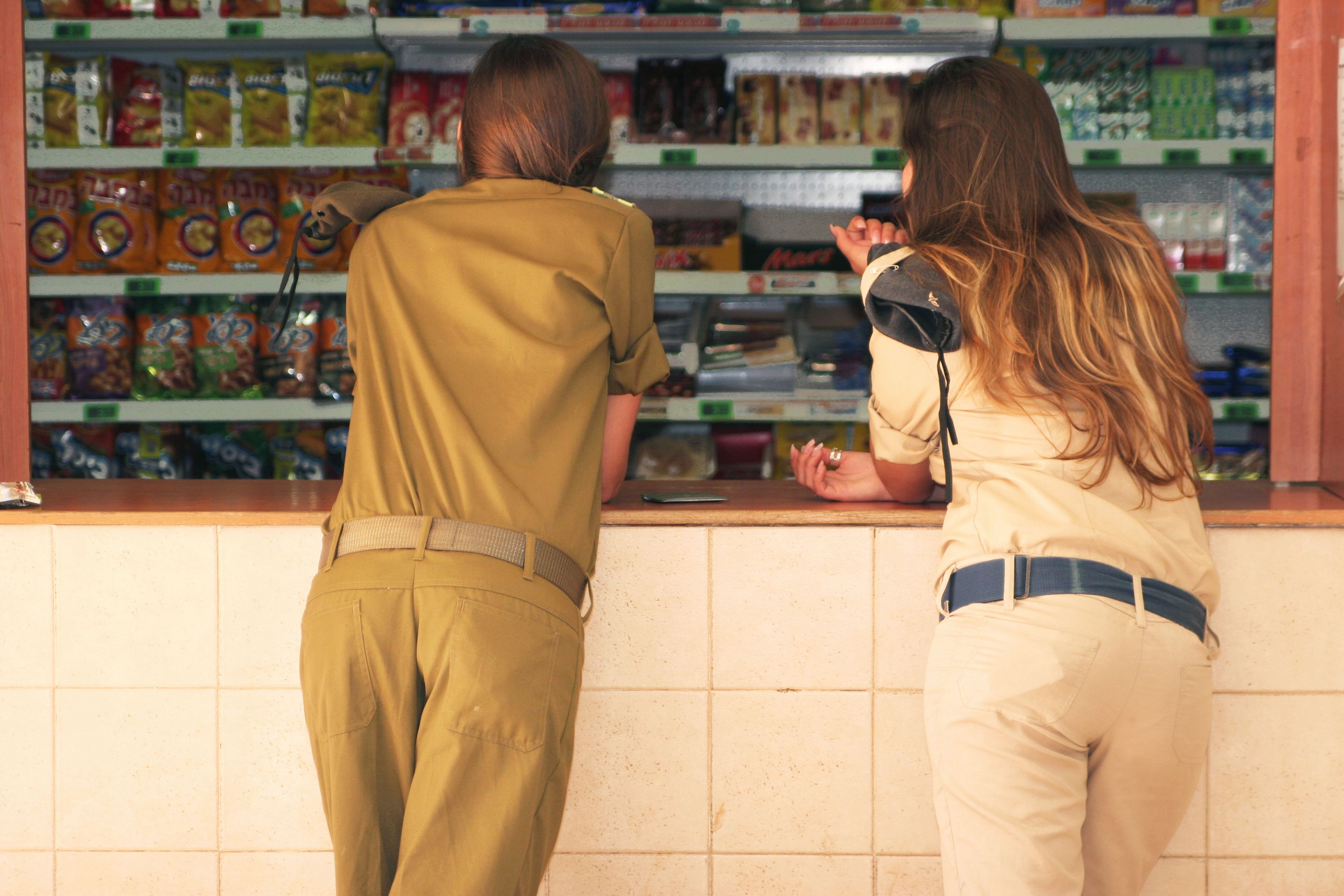 “They were very serious about their looks and their makeup rituals. In their free time, they smoked and talked on their phones, all the while hanging onto their guns – they are not allowed to leave the weapons anywhere.”

Contrasting the experience to her own time in basic training, Segal says it was totally different. For a start, there were no cameras during her training; only a military photographer, from whom you could purchase your printed photos.

“I didn’t feel the female bonding between the girl soldiers during my time,” she says. “There was no connection to the outside world, except for pay public phones in our free time. Like most of the girls I was photographing for this series, I lacked motivation and felt estranged, and just waited for the time to pass.”

Because Camp 80 was mostly intended to train those for service in administrative jobs, Segal says there was no real motivation to excel in the training, as opposed to other camps that were geared towards more prestigious positions, such as combat duty – roles which are increasingly being filled by women.

Segal’s aim with this series wasn’t to make a representative document of young women soldiers in a training camp. Instead, she wanted to focus on the themes that moved and interested her.

“I wanted to explore how the need for individualism is expressed in the camp, and how the women try to maintain their feminine side there, in those dull masculine uniforms,” she says.

“How slogans, like ‘the enemy’ and ‘loyalty to the state’, saluting and swearing allegiance to the flag while you put your hand on the Bible, are supposed to arouse emotion and loyalty to the country; how all this nationalism is inflicted on them.” 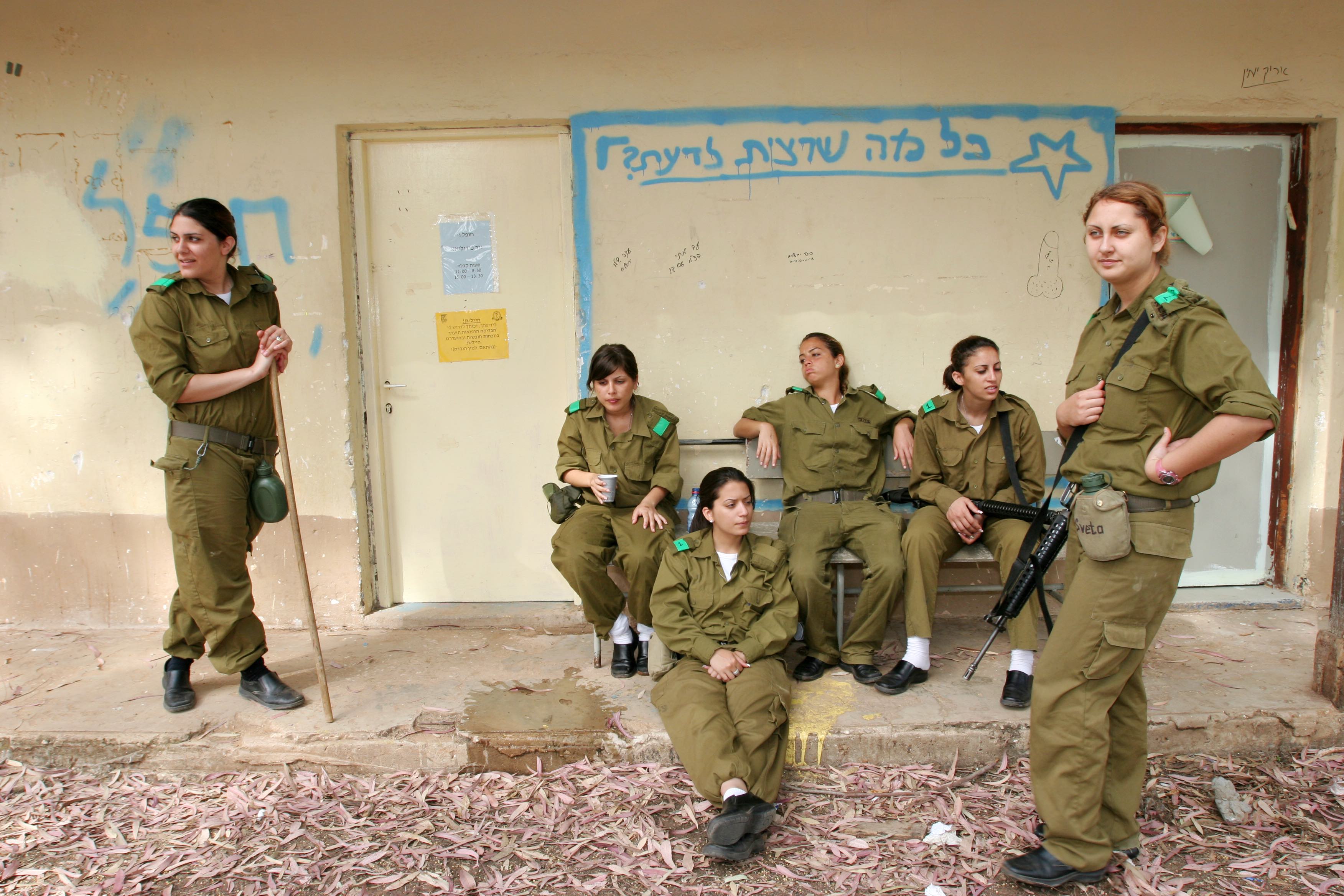 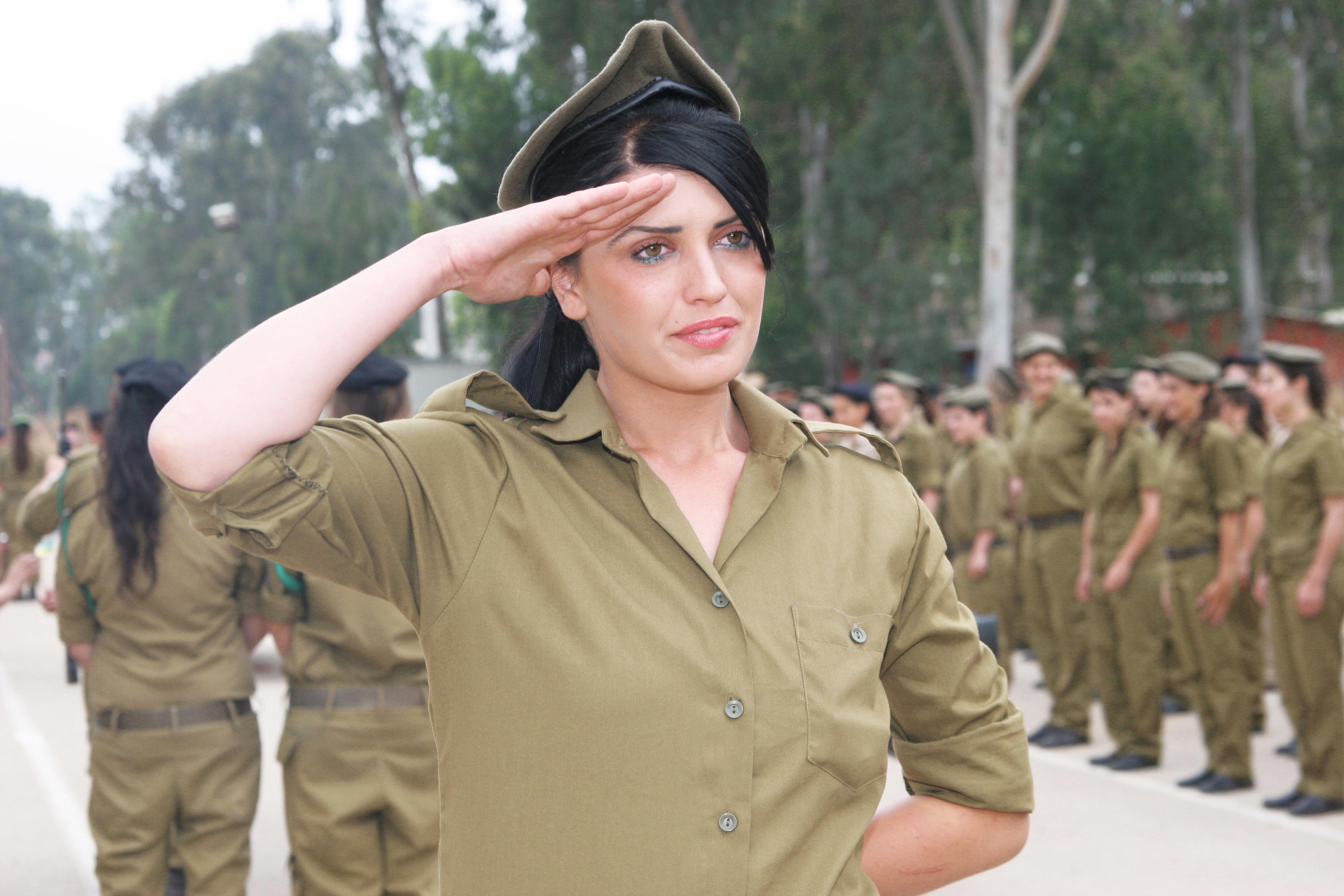 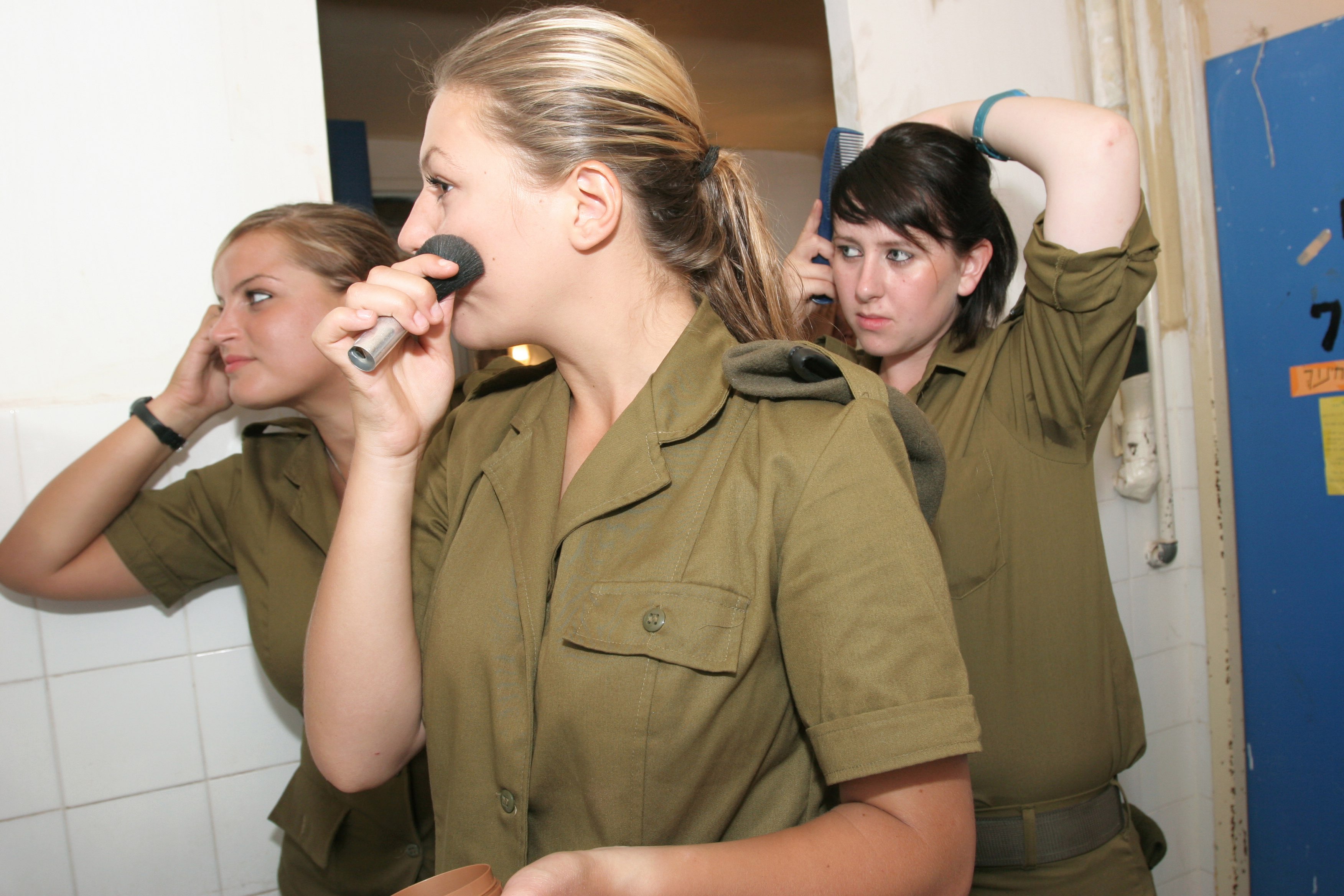 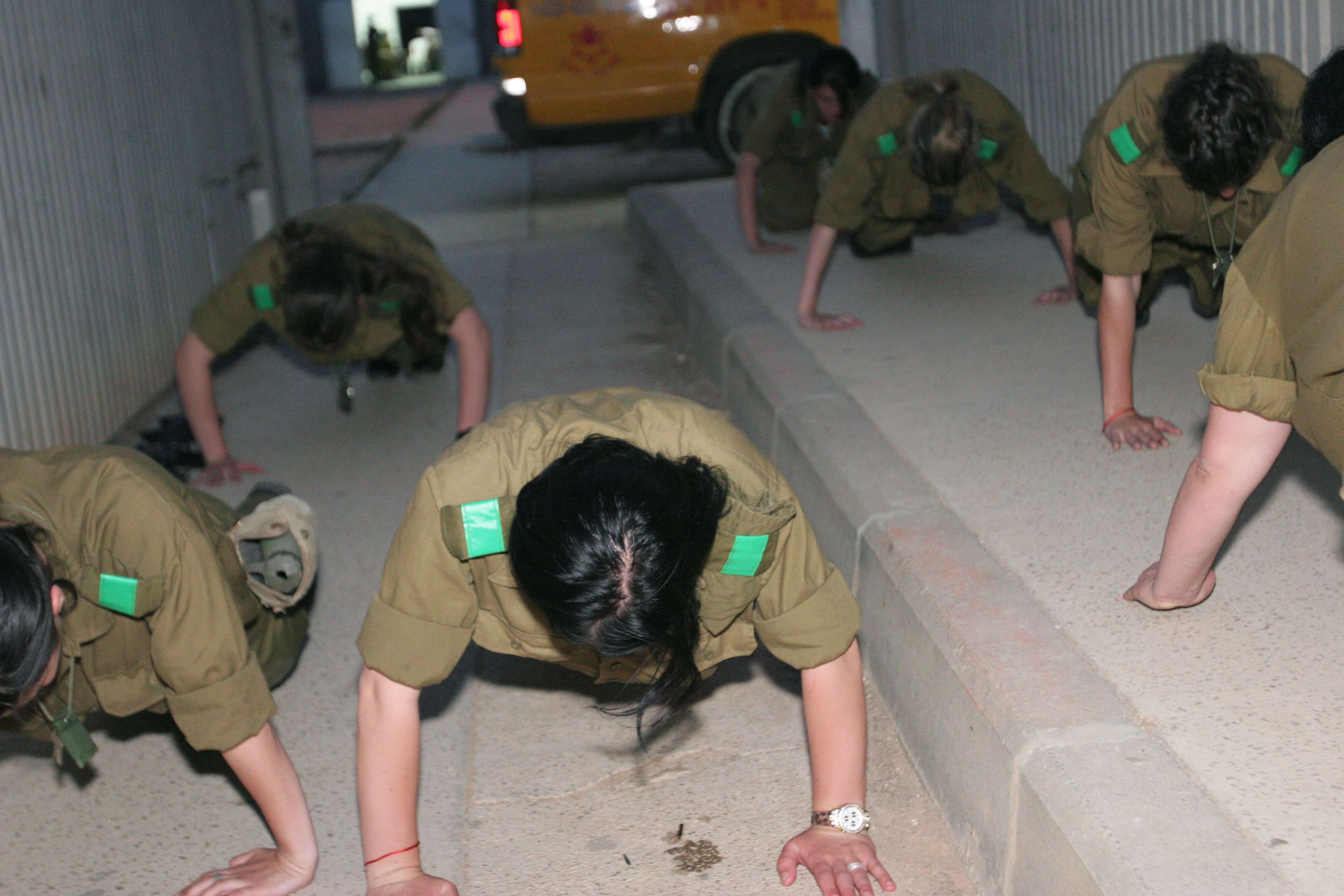 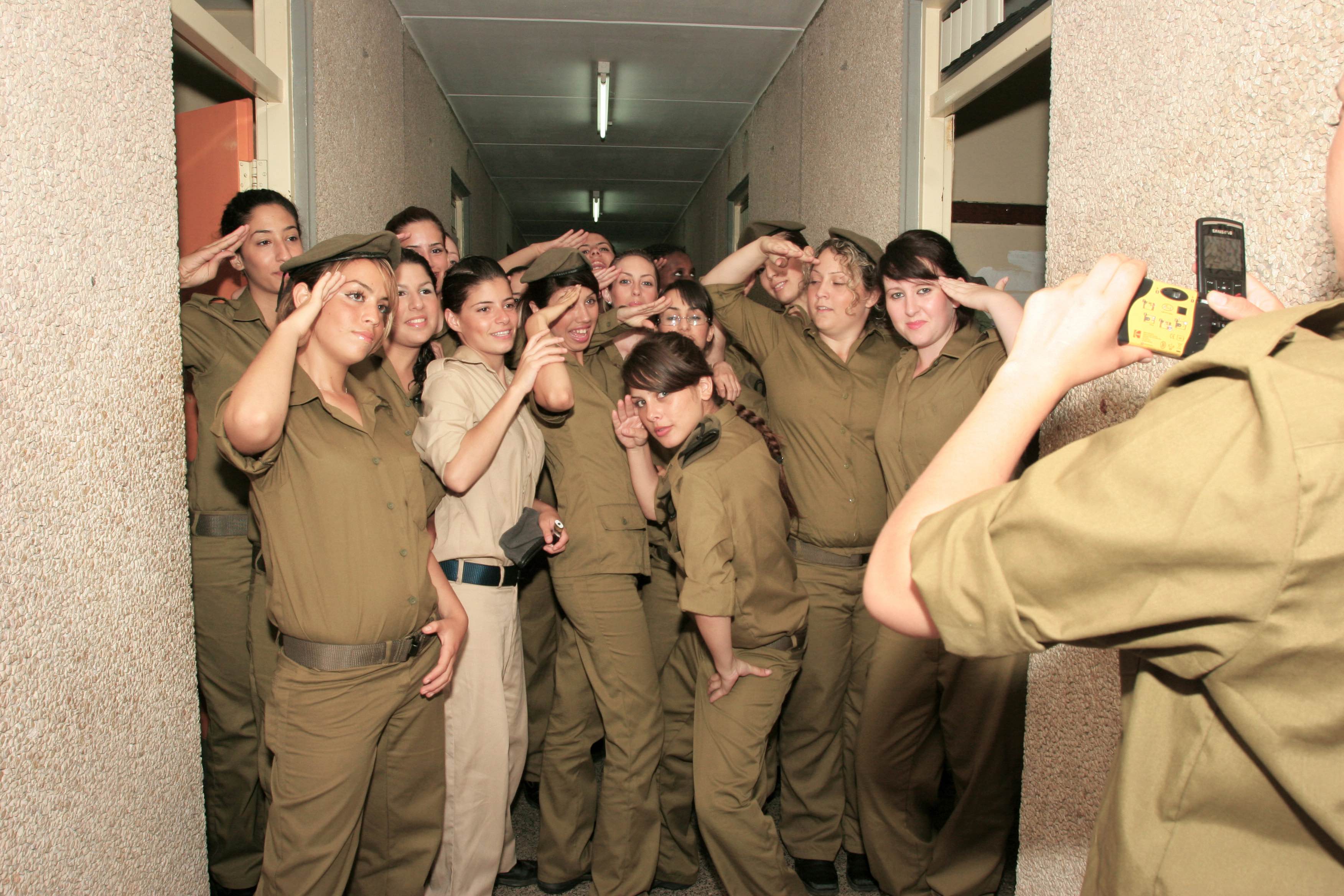 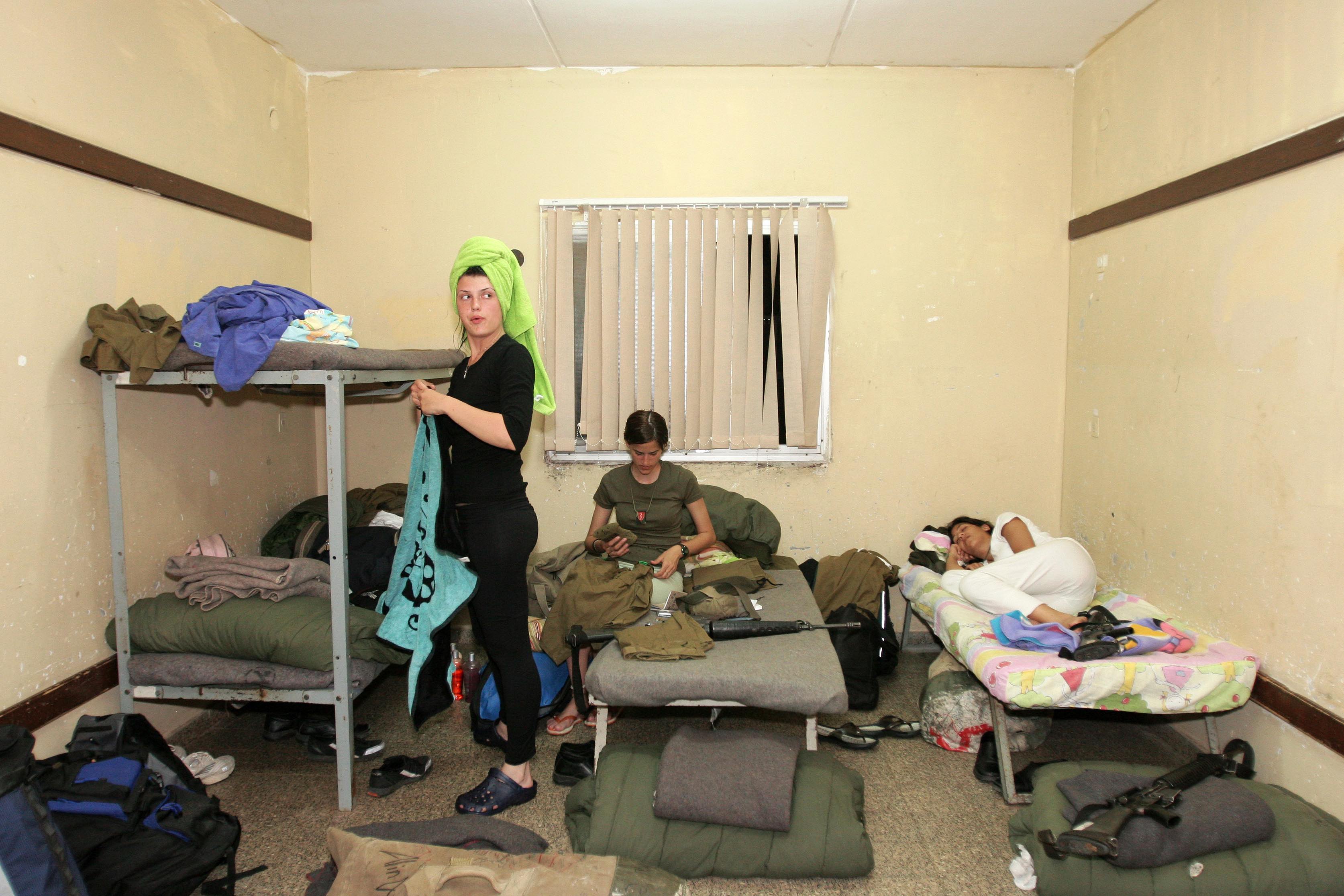 Linkedin
RELATED ARTICLES
OTHER ARTICLES
Wealth inequality and the rising cost of socialising is placing a strain on people’s relationships, reports Eve Upton-Clark.
For decades, an area of East London has served as a community hub for Vietnamese people looking for a taste of home.
Photographer Arthur Grace recalls travelling through the Soviet Bloc and finding ways to evade the surveillance of his work.
Photographer David Hoffman recalls documenting the extreme wealth inequality around Tower Hamlets and Hackney int the 1980s.
50 years since its inception, and the campaign calling for recognition that capitalism depends on domestic labour is as pertinent as ever.
Freddie Miller’s new series of photographs investigates who today’s trainspotters are and what drives their unfettered enthusiasm.