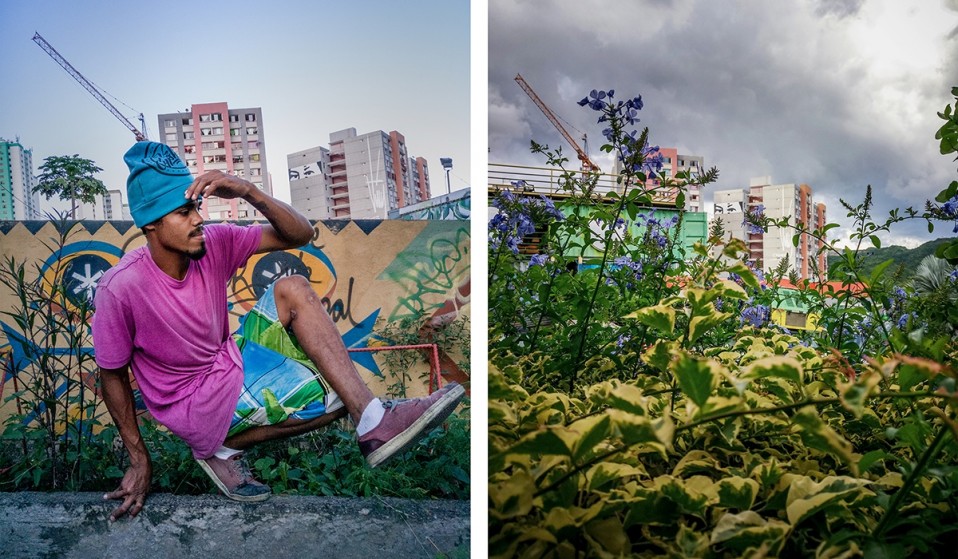 Sweat is pouring down the forehead of 22-year-old breakdancer Jose Alejandro Rodriguez as he takes a break between sets.

We’re standing in the middle of Tiuna El Fuerte, a community spaces built from shipping containers sandwiched between a highway and the Barrio of El Valle in Caracas, Venezuela.

On the open-air dance floor before us, BBoys are spinning and stretching in every direction, contorting themselves into baffling positions. 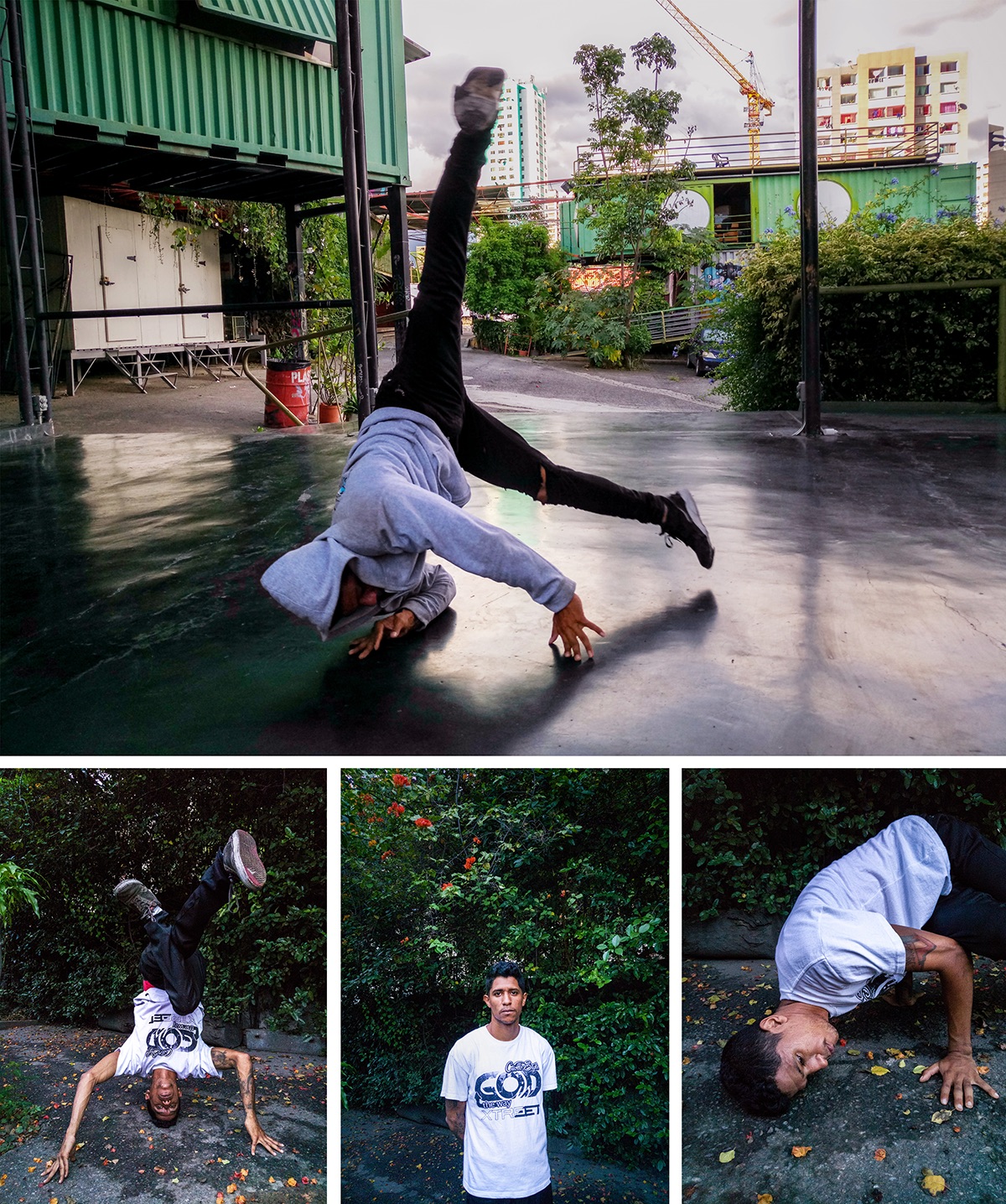 When I ask Jose where he lives, his eyes search the twilight skyline overhead as though there is a short way to tell his long story. “I live…. I mean I’ve lived all over,” he says, laughing. “In Petare, El Valle, by the Center.”

He references several of Caracas’ famous cascading barrios, as beautiful as they are complicated, and often difficult places to live.

The longer his list grows, the clearer it becomes that his journey, like that of so many others here, hasn’t been a stable one. “I’ve had, I guess one could say, a lot of homes. Right now I’m staying by La Guaira.”

“La Guaira?” I clarify. La Guaira is Caracas’s main beach and home to several other barrios, but it’s far away – over a mountain from the city. 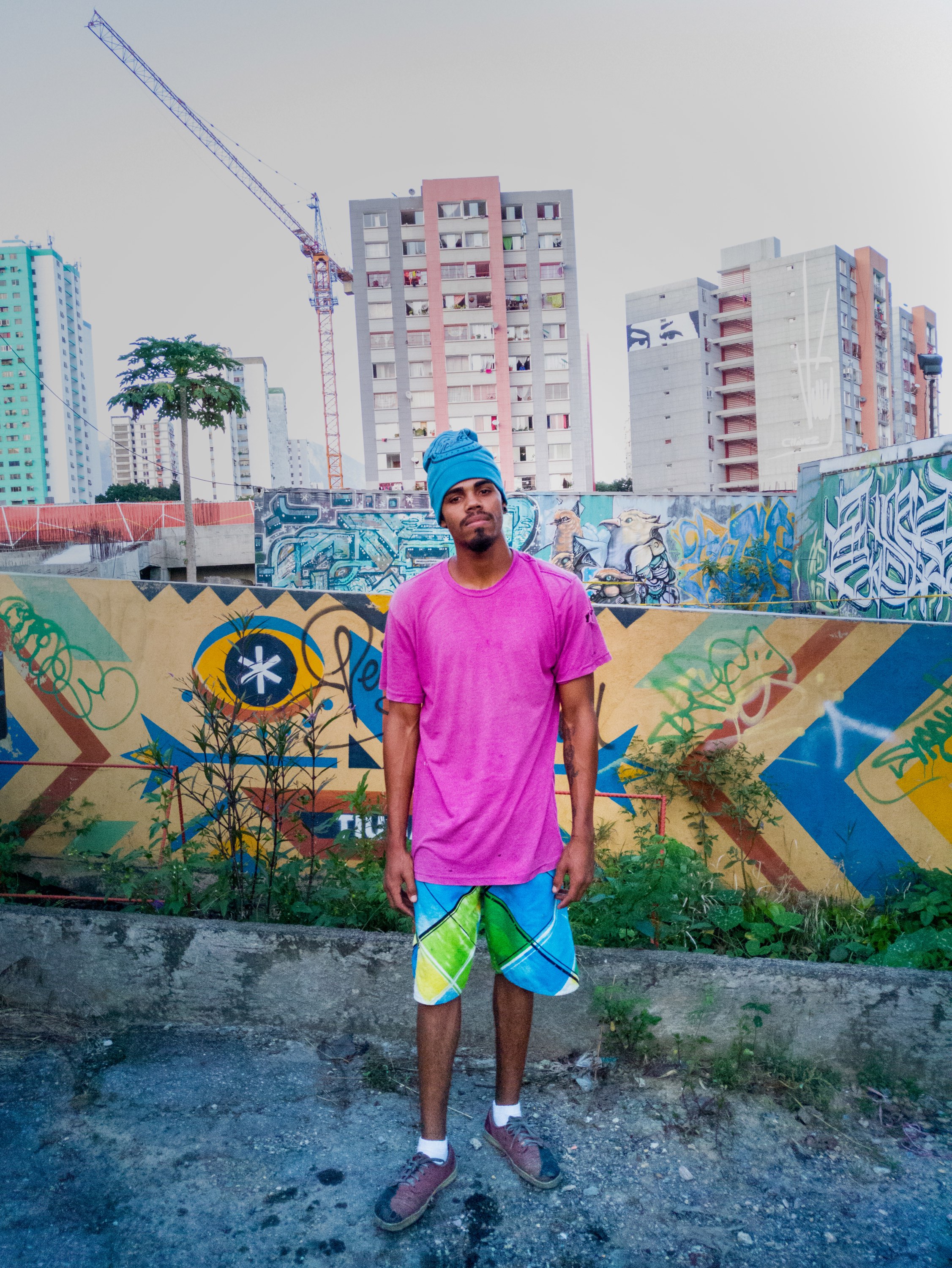 Watching Jose’s wiry frame as he goes back to dancing, I think about the 6-hour round trip he makes to get here, with the subway system often collapsing and the lines for buses that sometimes stretch for blocks. That’s what this dance floor and the 15 or so other boys around are worth to him.

“Breaking is community, exercise, dance, but more than that it’s like… it’s like a deep breath,” he says, pausing to look around.

“I’m not thinking about anything but dancing while I’m here. I come every time there’s practice, usually a couple times a week with my crew and sometimes we practice with others too.” 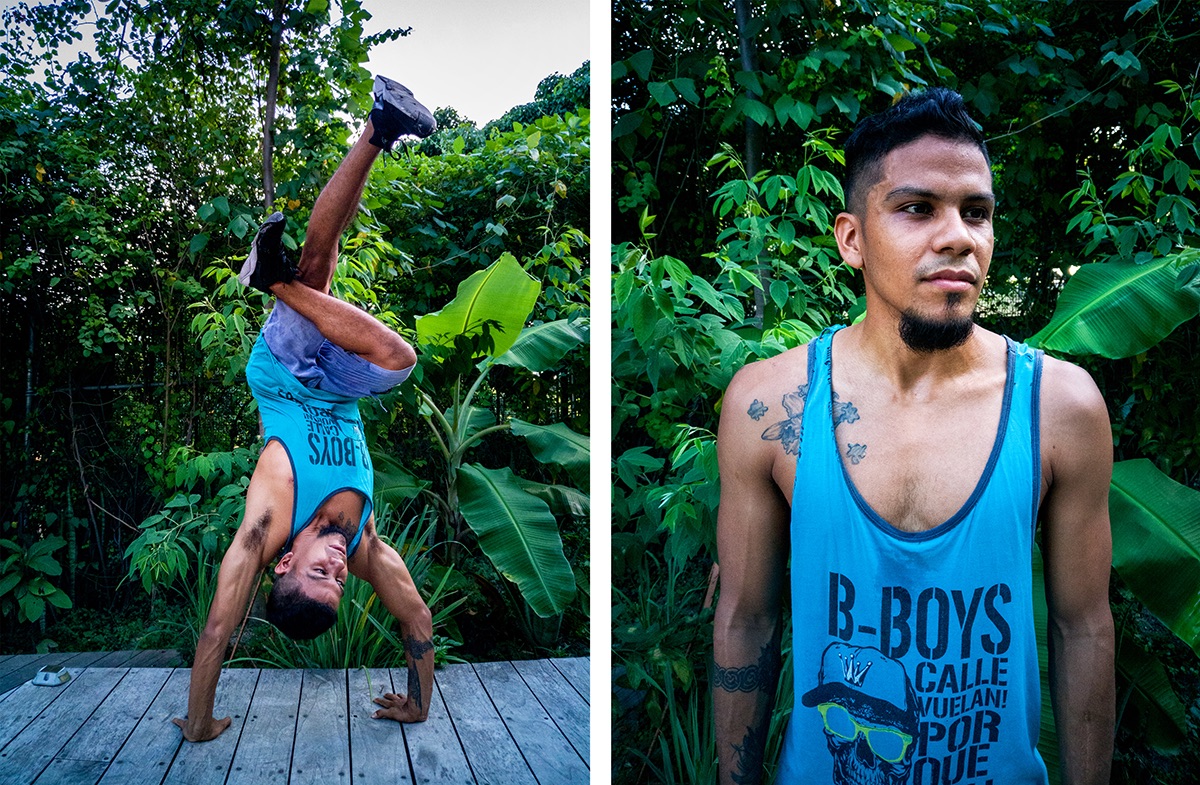 I can’t remember the first time that I came to Tiuna El Fuerte. It might have been for a party – they throw great parties – or it might have been to meet with the various youth and cultural leaders I’ve worked with over the years, watching salsa classes and screen-printing workshops and youth daytime raves (it’s safer to hold these events in the day, as Caracas grows ever more dangerous after nightfall).

Tiuna El Fuerte is a landmark: ask around about youth culture and you will end up here. But like so many things in Venezuela, it brings up the country’s polarized atmosphere.

When I speak to my ‘opposition’ friends – people who blame President Hugo Chávez, and his successor Nicolás Maduro, for Venezuela’s ongoing crisis – their faces darken when Tiuna El Fuerte comes up. It’s a ‘Chavista’ project – an emblem of the Marxist policies they say are to blame.

My ‘Chavista’ friends, of course, rave about it. For them, it’s an example of the social good that underpinned ‘Chavismo’, the socialist policies enacted under Chavez. And as for those in the middle, well honestly – there is very little middle-ground in Venezuela. 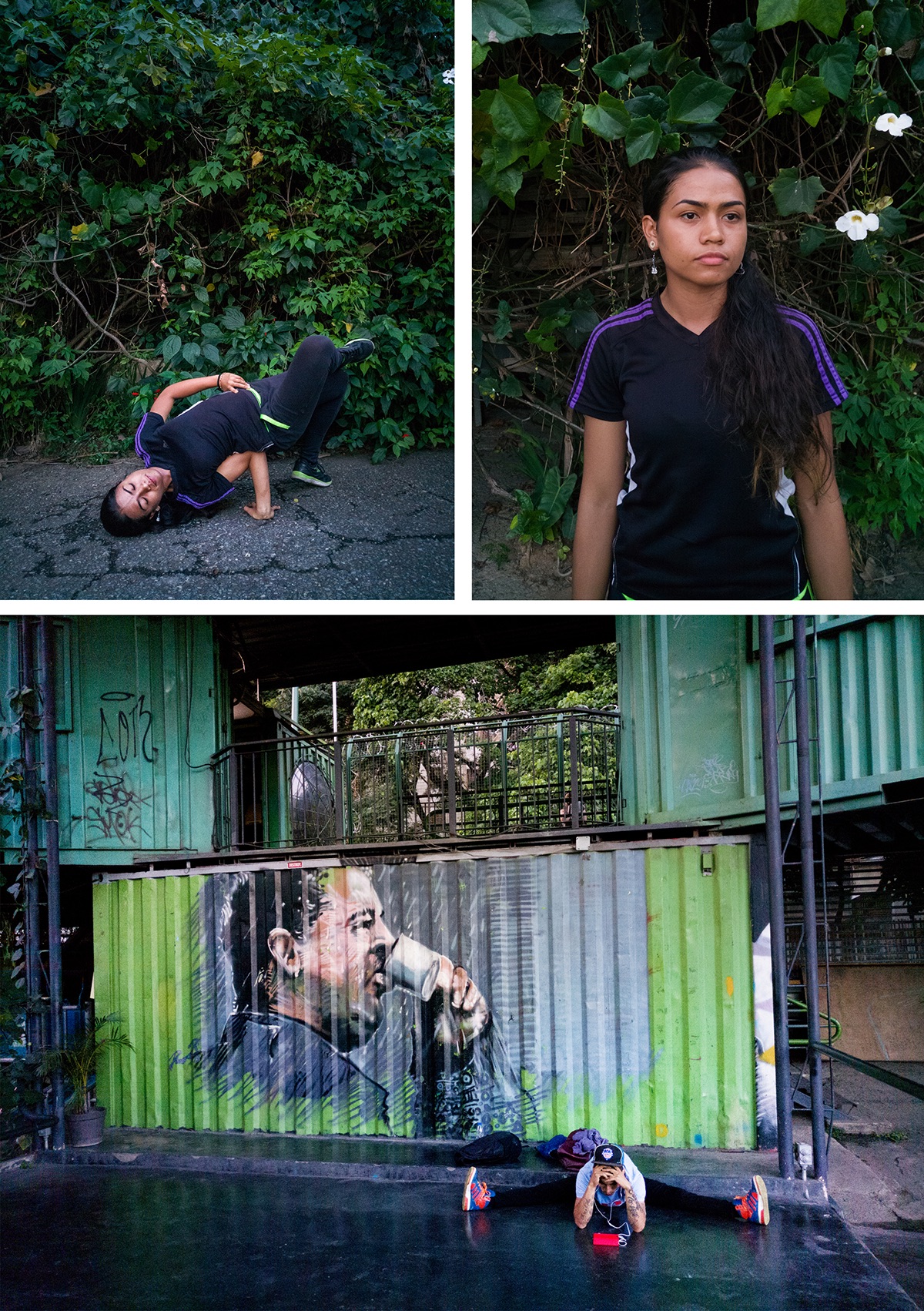 Jose and his friends fill the open-air dance floor with a boundless energy. They also carefully avoid talking about politics.

As I pull each one from their meditations and acrobatics, they tell me that times are hard: that inflation means that money isn’t worth what it used to be; that it’s harder and harder to make ends meet; that during these past 4 months of massive anti-government protests, swaths of the city collapsed making it hard to get to practice.

They all end by explaining why they dance, what it means to them to be here. 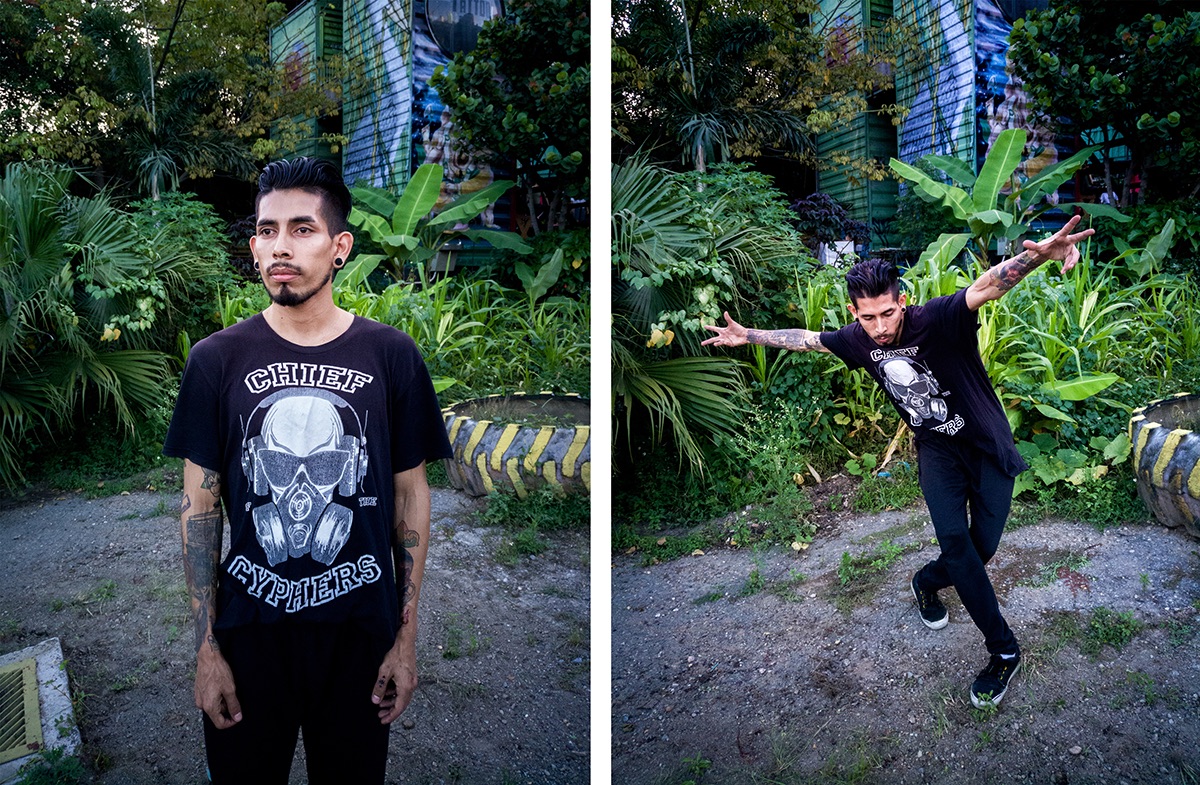 Alberto “El Chino” Quintero, 31, is one of the leaders of the Speedy Angels, an infamous Caracas breaking crew that practices twice a week at Tiuna El Fuerte.

Between stretching and dancing and teaching new moves to the others, he shares his story. He’s travelled the world dancing, from Colombia to China he tells me, but unlike so many of the dancers he’s known and the young creatives of his generation who have left Venezuela seeking more opportunity, he says he’s staying put. 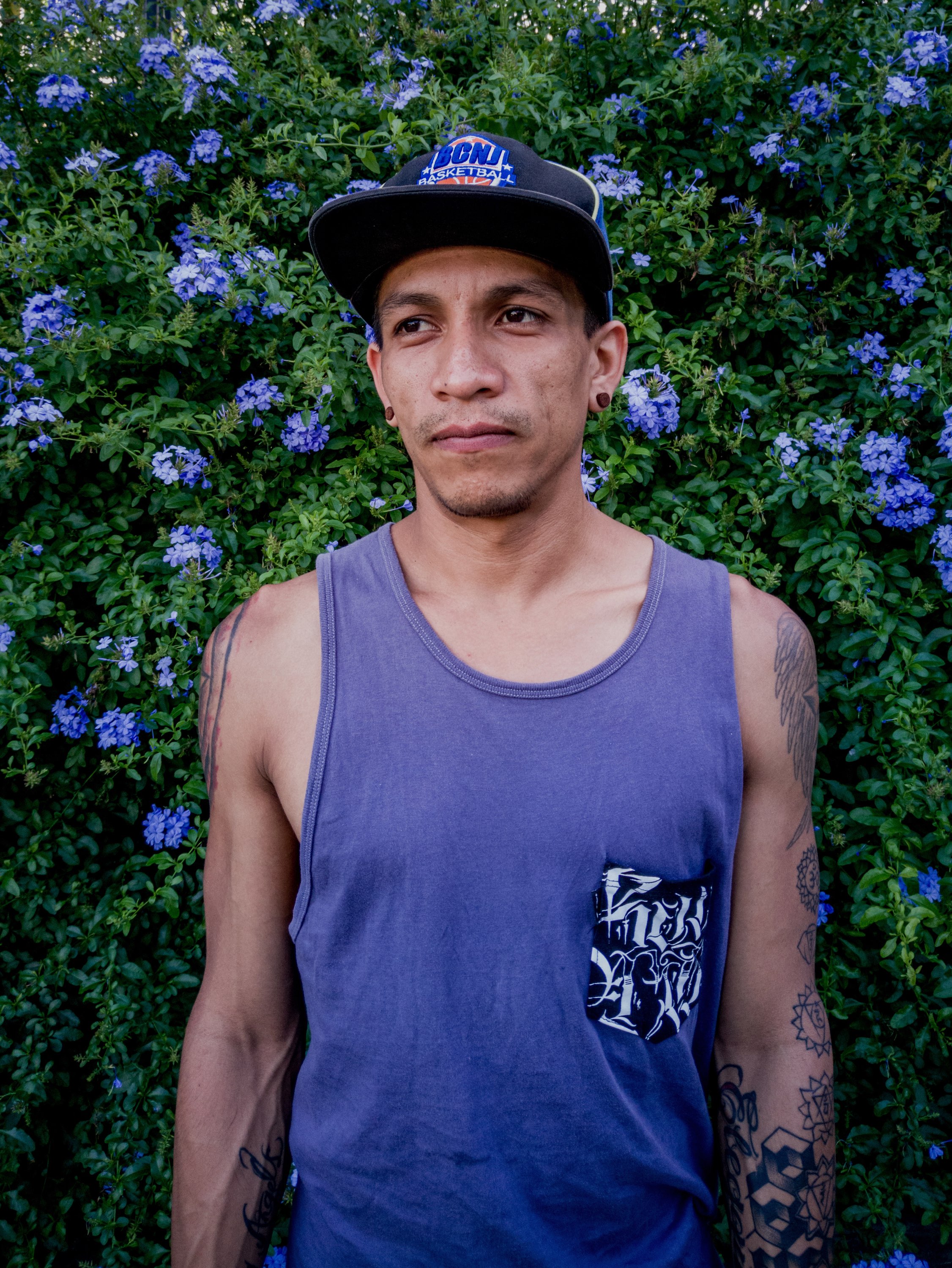 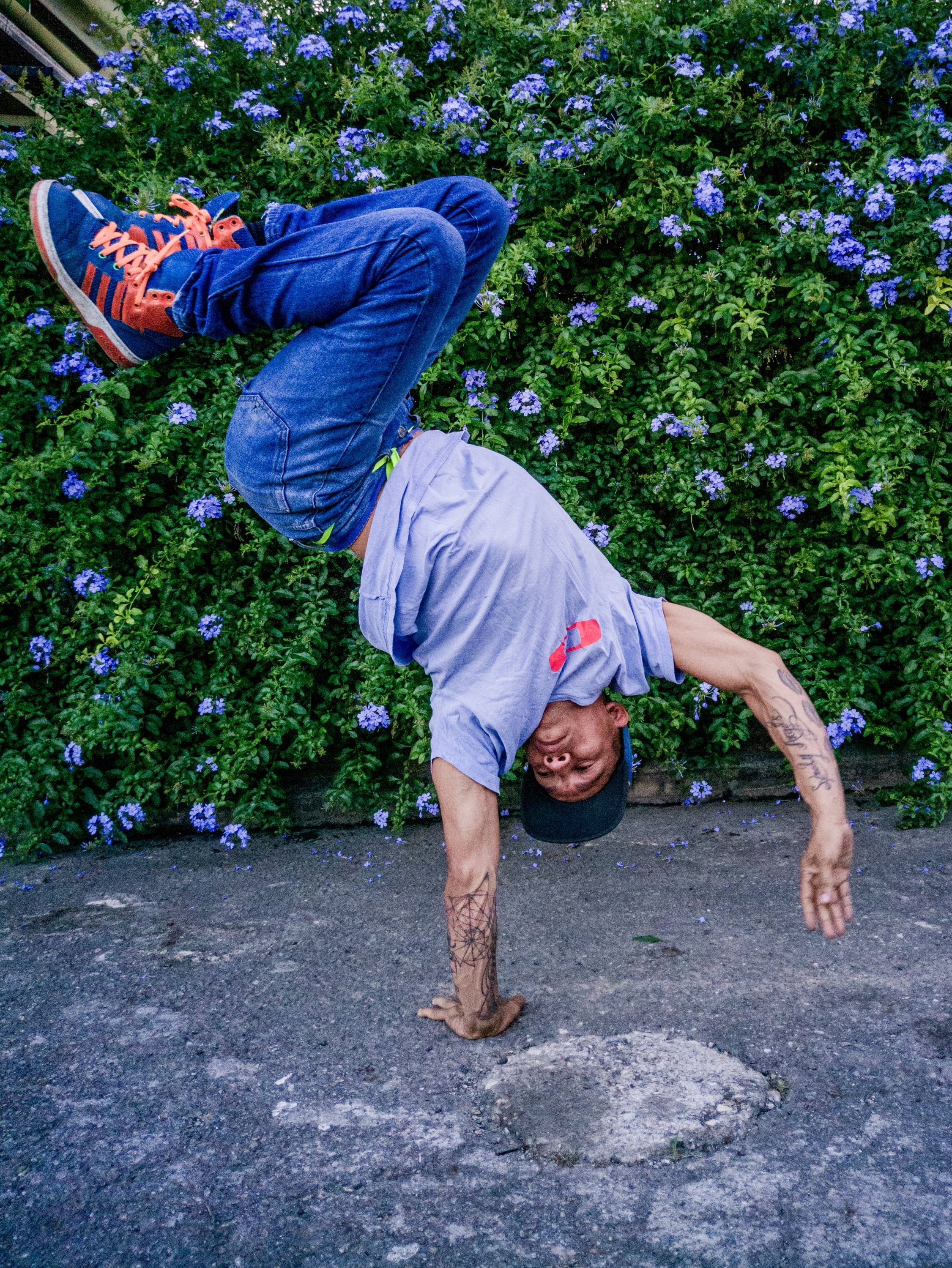 “In all my travels, I’ve seen a lot of beautiful countries and met good people, but I’ve never seen a place that makes me want to leave Venezuela. It just doesn’t interest me to leave the food, the music, the women of this country.

“It’s raw right now, it’s hard, of course, but I want to stay and dance and work. I’m an artist and with all of these problems comes opportunity to change and grow. I’m staying here. I’ll be at practice on Monday, come by any time.” 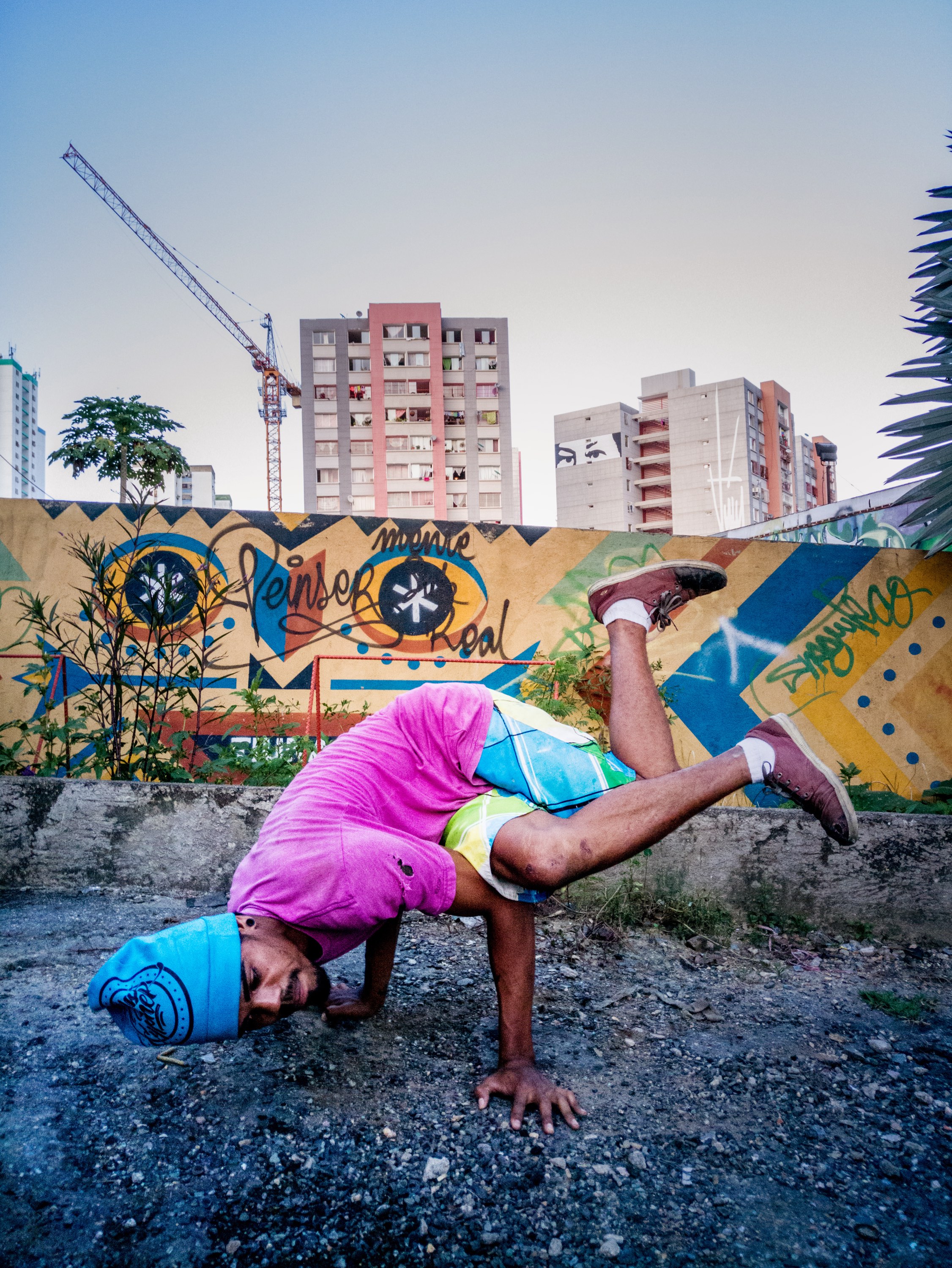 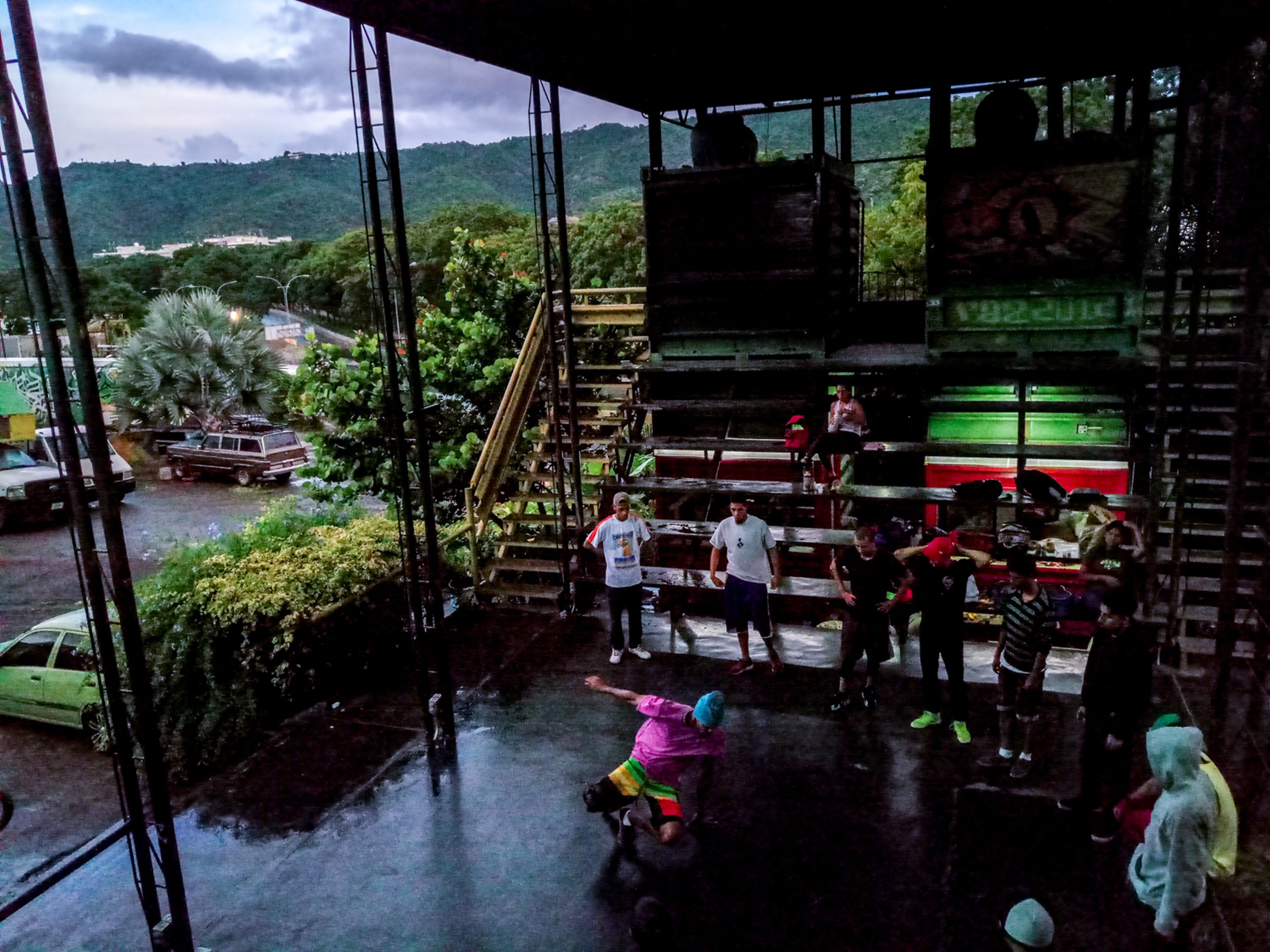 At dusk, I head home on a moto-taxi via a dark highway through the city leaving the dancers in full swing. The streets grow quiet and eerie early here, and I think of Caracas as a series of little Oases in the midst of a harsh and shifting landscape. Murals of Chavez with pro-government slogans alternate with words of anti-government rage, growing angrier as I head west.

These are hard streets and uncertain times, but the people of Caracas, like the dancers, build their little safe havens of light and safety, creating something to hope for in the future, or at least something to keep them sane.

Linkedin
RELATED ARTICLES
OTHER ARTICLES
Filmmaker Laura Poitras discusses her new documentary which traces the remarkable life of the artist-activist and the impact of her battle against the US opioid crisis.
Following the release of his debut single, Deyaz talks battling addiction, dealing with his struggles through music, and building a budding music career from his living room.
AI companies that develop image-generators using copyrighted artwork from the internet are coming under fire from artists who say that it amounts to theft.
At his West Bank restaurant, Fadi Kattan established himself as the voice of modern Palestinian cuisine. Now, he’s bringing his innovative, bold flavours to the UK’s capital.
A recent High Court ruling against the right to wild camp in Dartmoor National Park sparked the largest land protest in history – and campaigners say their fight is not over yet.
Photographer Becky Tyrell went down to the fading banger and stock raceway to meet a community desperate to keep it alive.