Art & Culture / Photography / The agony & ecstasy of being a football fan, in photos 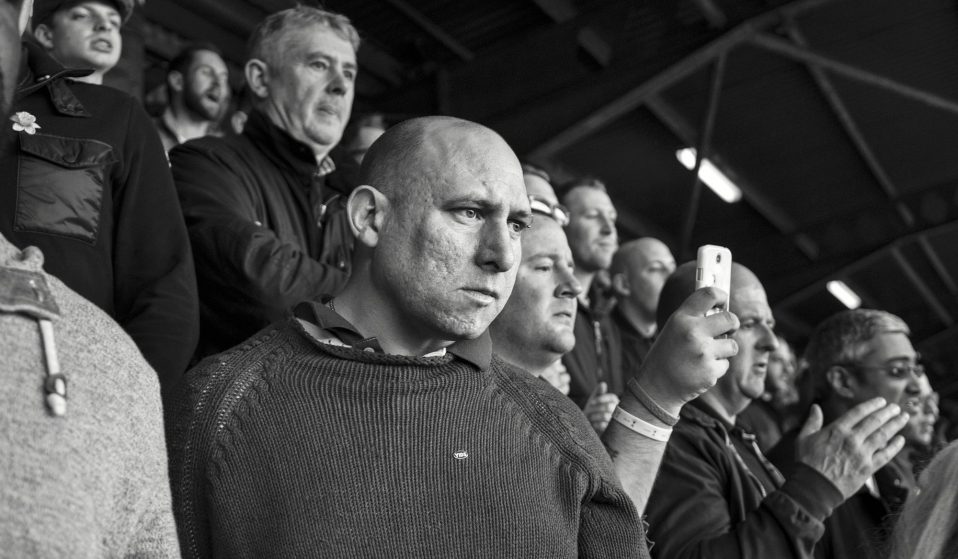 These days, there’s a tendency for any discussion of football to be held in the abstract, rarefied world of statistics and contracts. With the financialisation of the game, the fans – and their emotional investment – have been forgotten.

In 2012, Martin Andersen, a supporter of Tottenham Hotspur since the age of five, set out to capture what it means to be a fan. Seven years and hundreds of games in the making, his recently-published series Can’t Smile Without You offers a glimpse of the intense, emotional world of the club’s diehard fans.

Prior to this project, Andersen had only attended a few games a year, over time he came to understand the finer points of fandom. “Even though everyone supports Tottenham, the fans that drink in one pub don’t like the fans that drink in another pub. I think it’s that thing of humans creating enemies. For me, that’s what football’s about: you go, you have a laugh, you shout abuse at someone who supports Arsenal, and then you are work colleagues the next day.”

He found he wasn’t always given an easy time. “I got beaten up once in Sunderland and I got chased down Bexley Road at a night game. But I understood why: it’s not nice to have a lens pointed at your face. In football, there’s a lot of tension going on, especially against Arsenal or West Ham, and I’m running around shooting with a flash. People are like, ‘who the fuck are you?’” 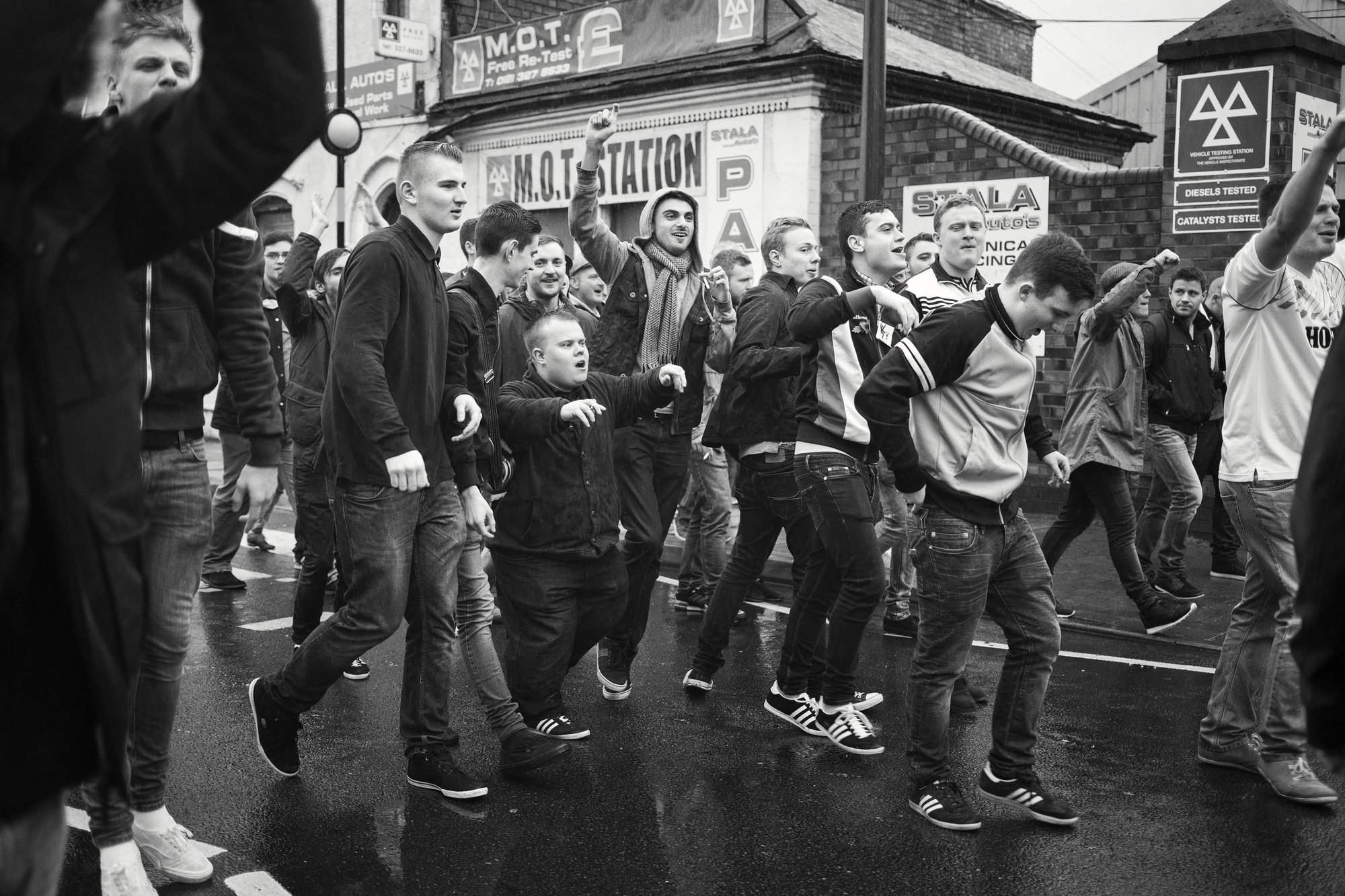 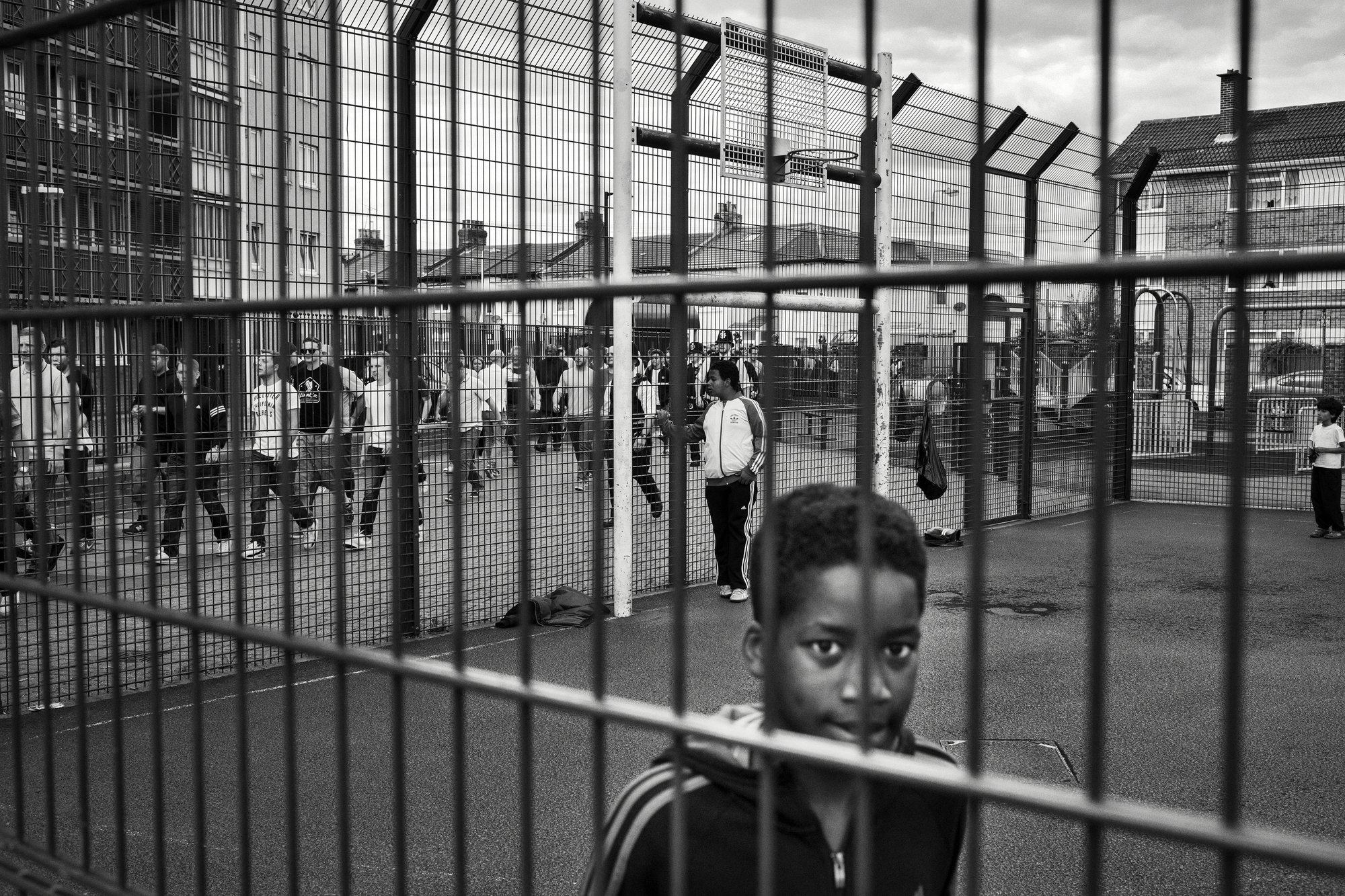 “I like interesting looking characters; people who have personality, people who are hardcore supporters. When my interest in street photography really took off it was with people like Bruce Davidson, Mark Steinmetz and Bruce Gilden; photographers who photograph characters.”

His pictures ride the psychological wave of pre-match pints and pole dancers to crowded post-match kettles and ritual face-offs with riot cops. It’s an unreservedly masculine world, in which people from all parts of life take on the part of the rowdy, impassioned fan.

But amidst the action, Andersen found touching scenes of family tradition. “There’s a picture of an old man with his granddaughter, and unfortunately that granddad died a couple of weeks after I shot that picture, and that’s the last photo of him. What’s beautiful is that that’s a whole family, there’s six or seven of them, they go to every game and that granddad had been to every game since he was nine – he’d been going for 80 years. Their family could be traced back as Tottenham fans back to 1882 when the club was founded.”

“I guess in life you can switch jobs, you might switch wives or partners, all sorts of things will happen, but you will never ever switch football team.”

The series culminates in the last game played at White Hart Lane, the club’s ground for 118 years. A “hopeless old romantic”, Andersen says he’s yet to fall in love with the new stadium. “For me, it’s too modern, it feels like you’re going to Westfield or something – a big glass bowl.” He says that what first attracted him to the game has been lost. Certainly, this sentiment is felt by many fans at many clubs, as historic venues are torn down and familiar faces pass away. Though Andersen’s pictures capture only one club, they speak to everyone who has ever loved the game. 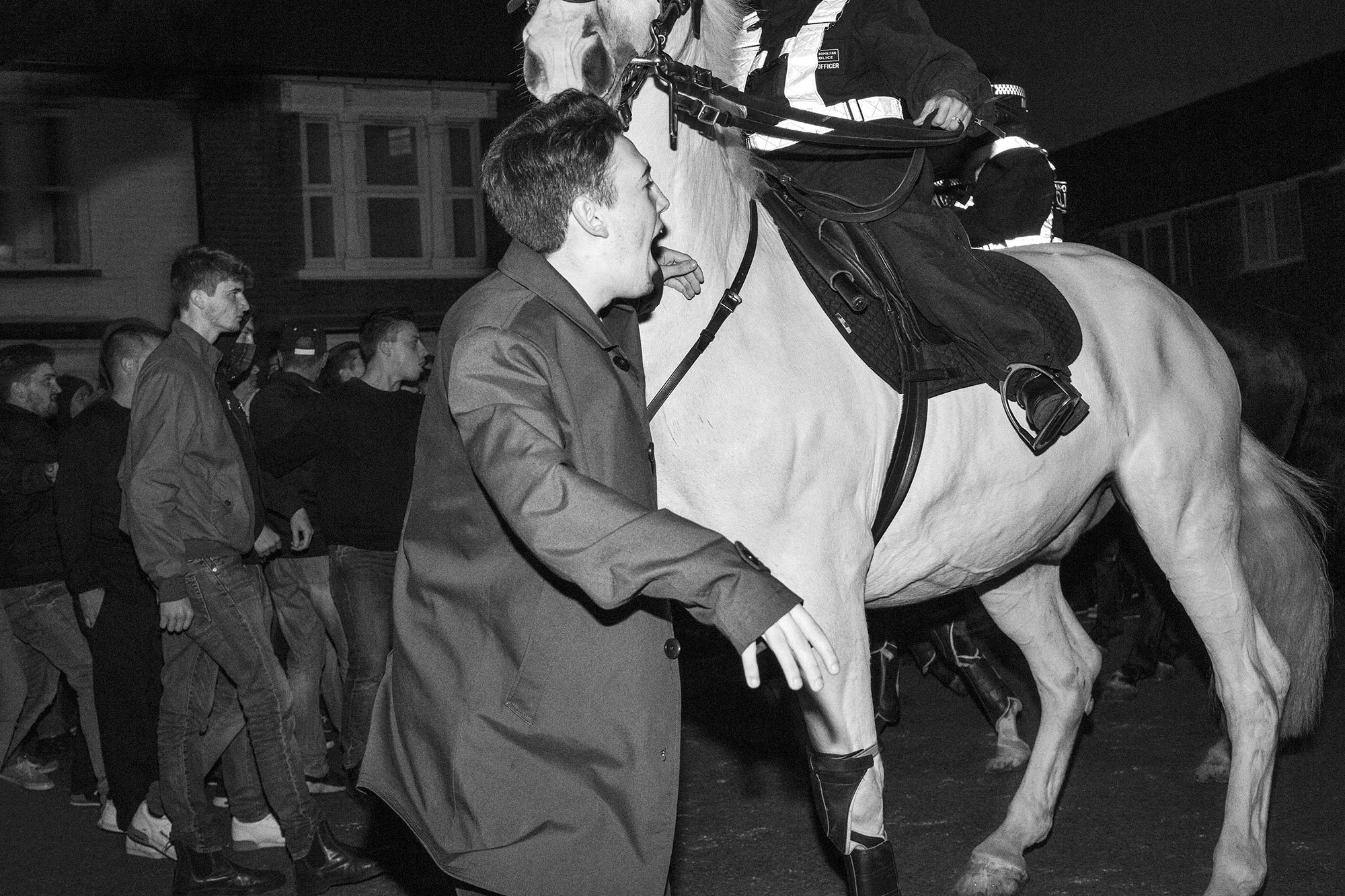 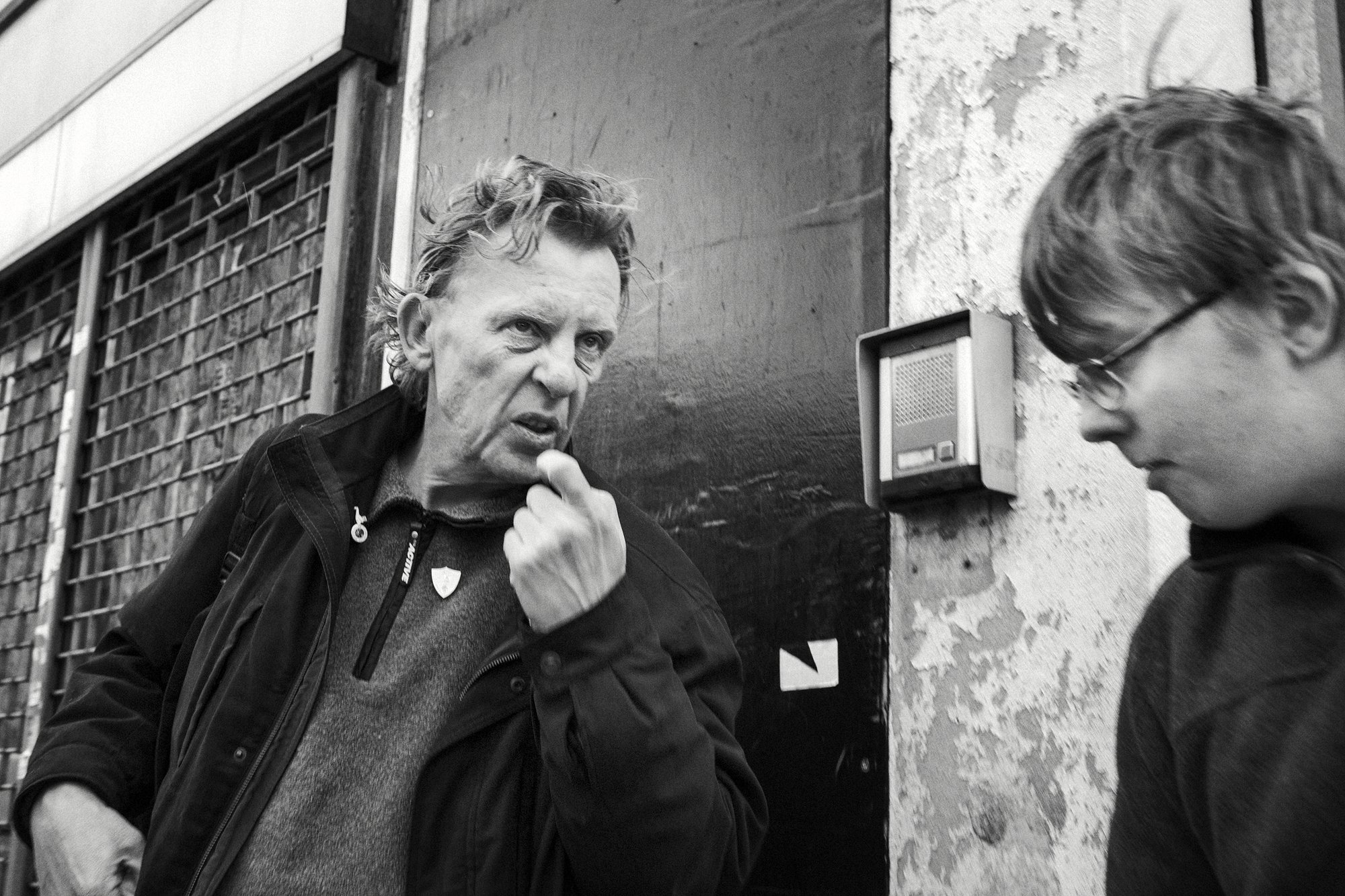 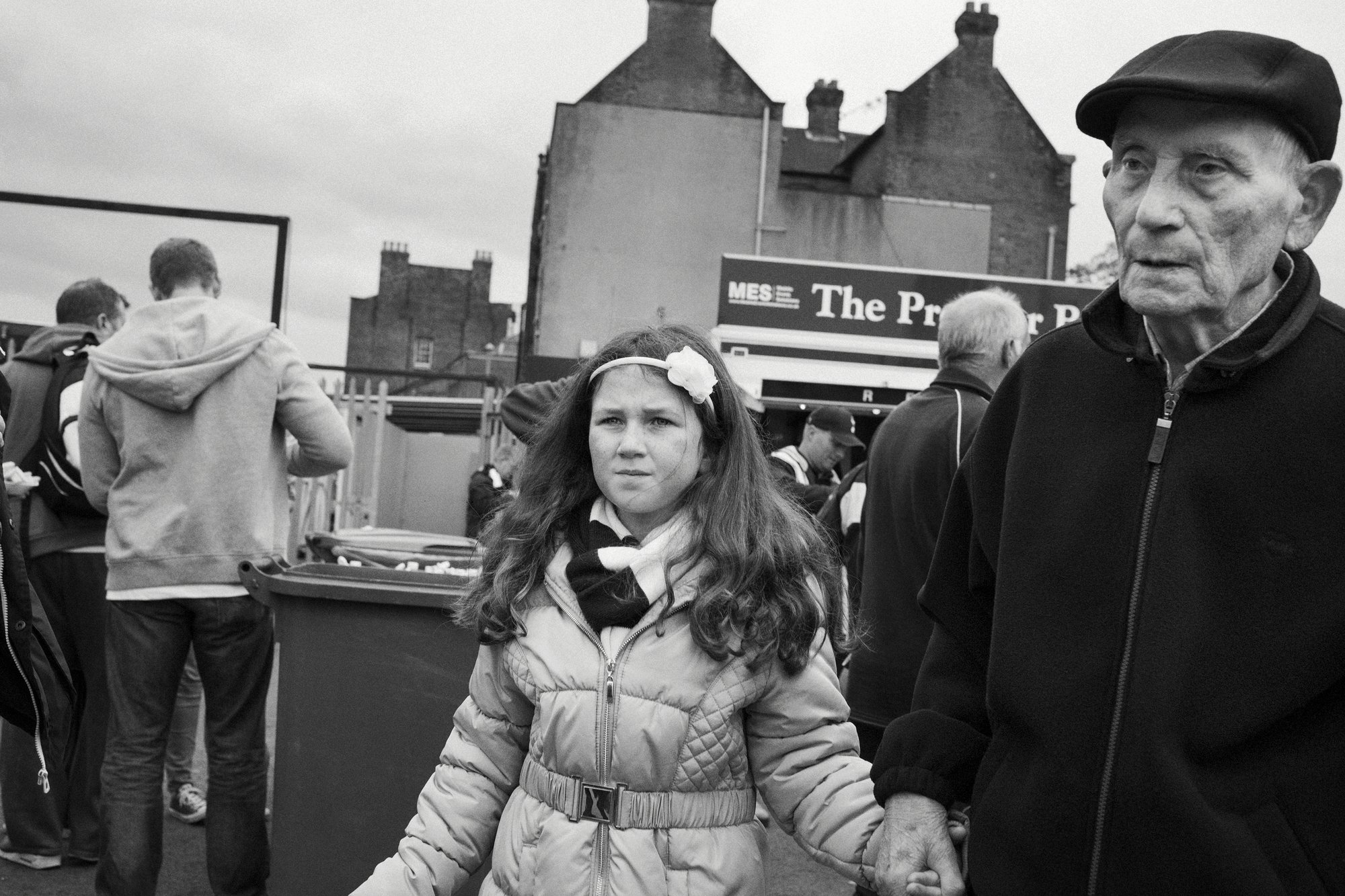 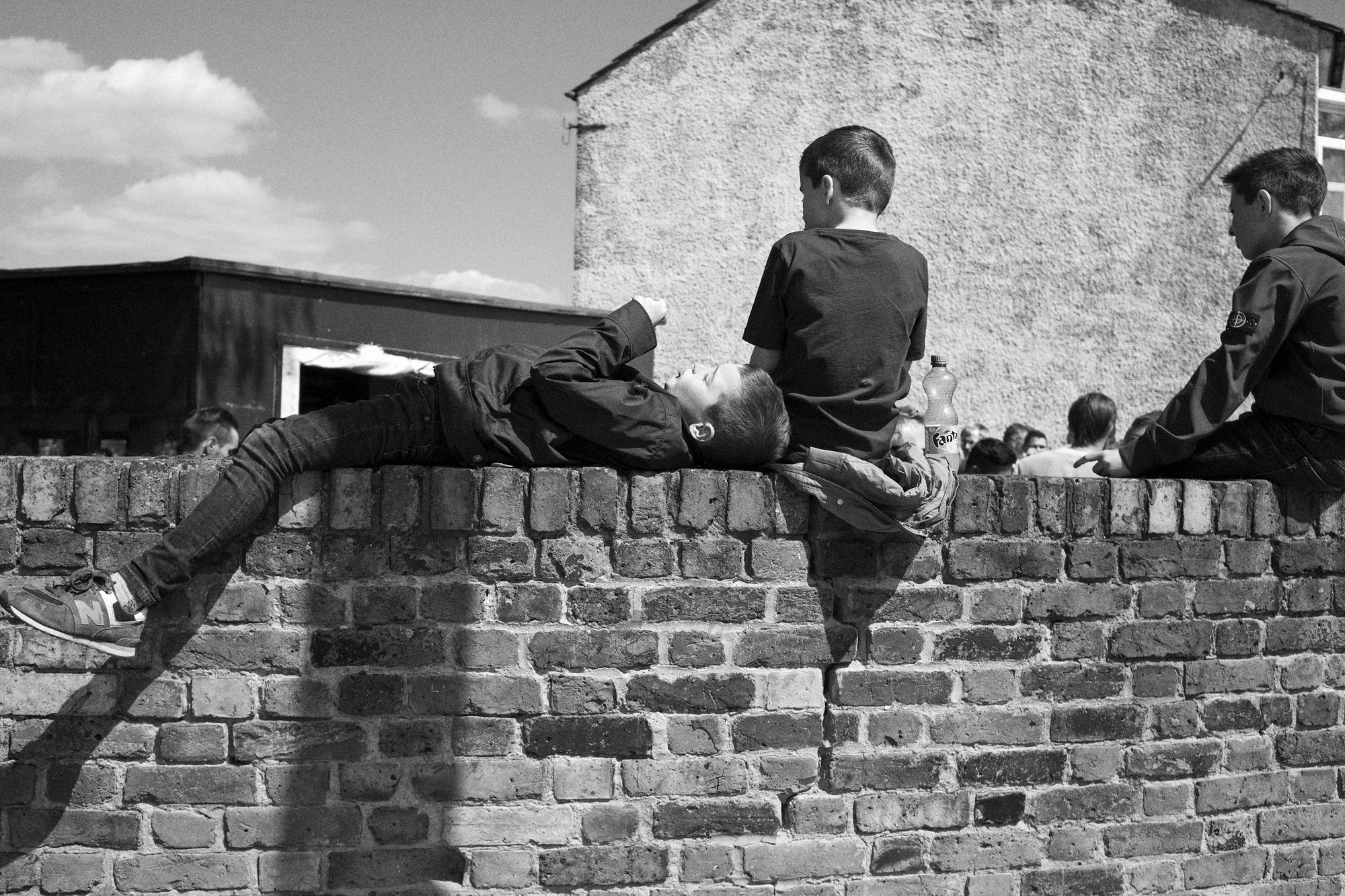 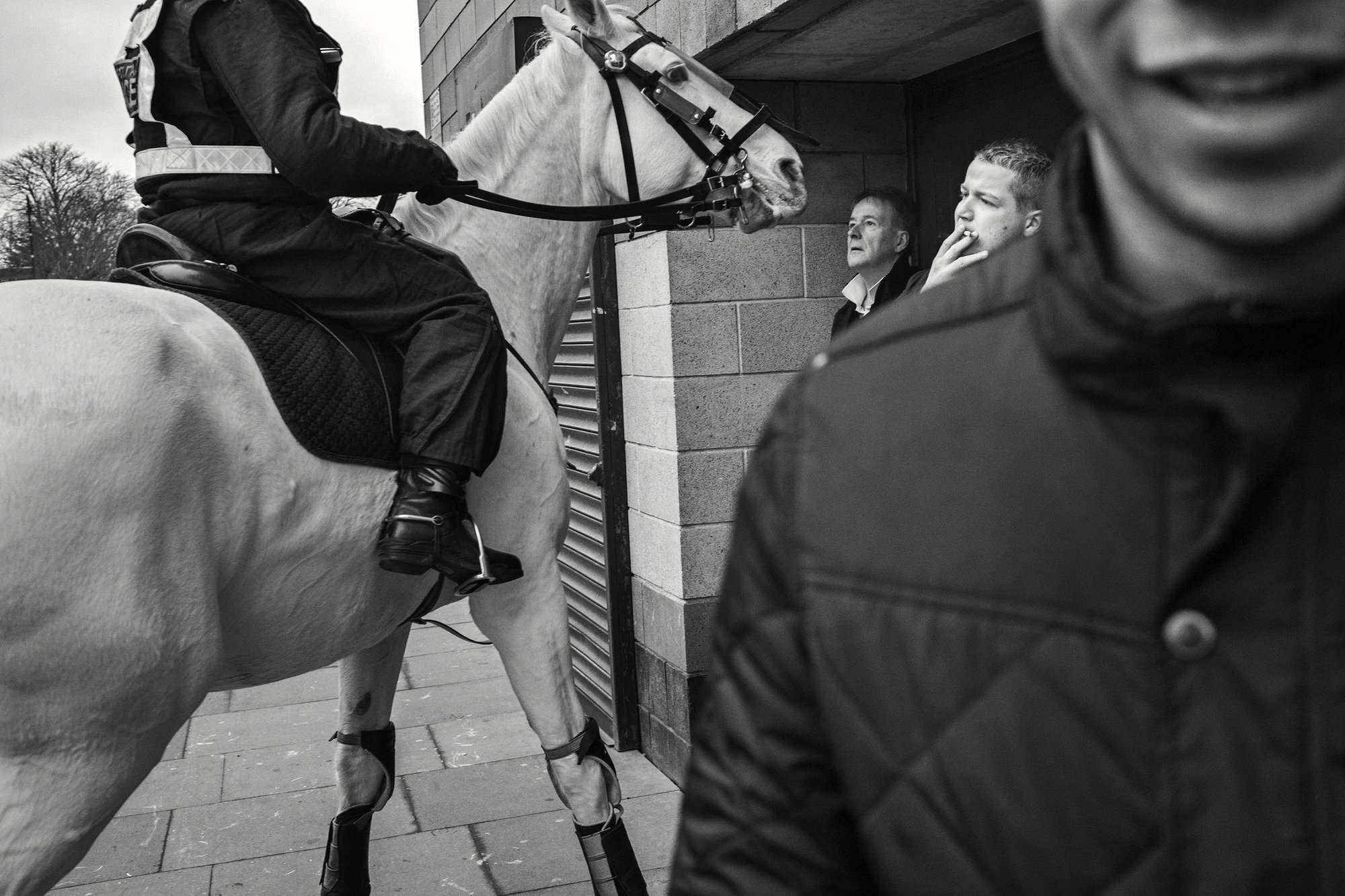 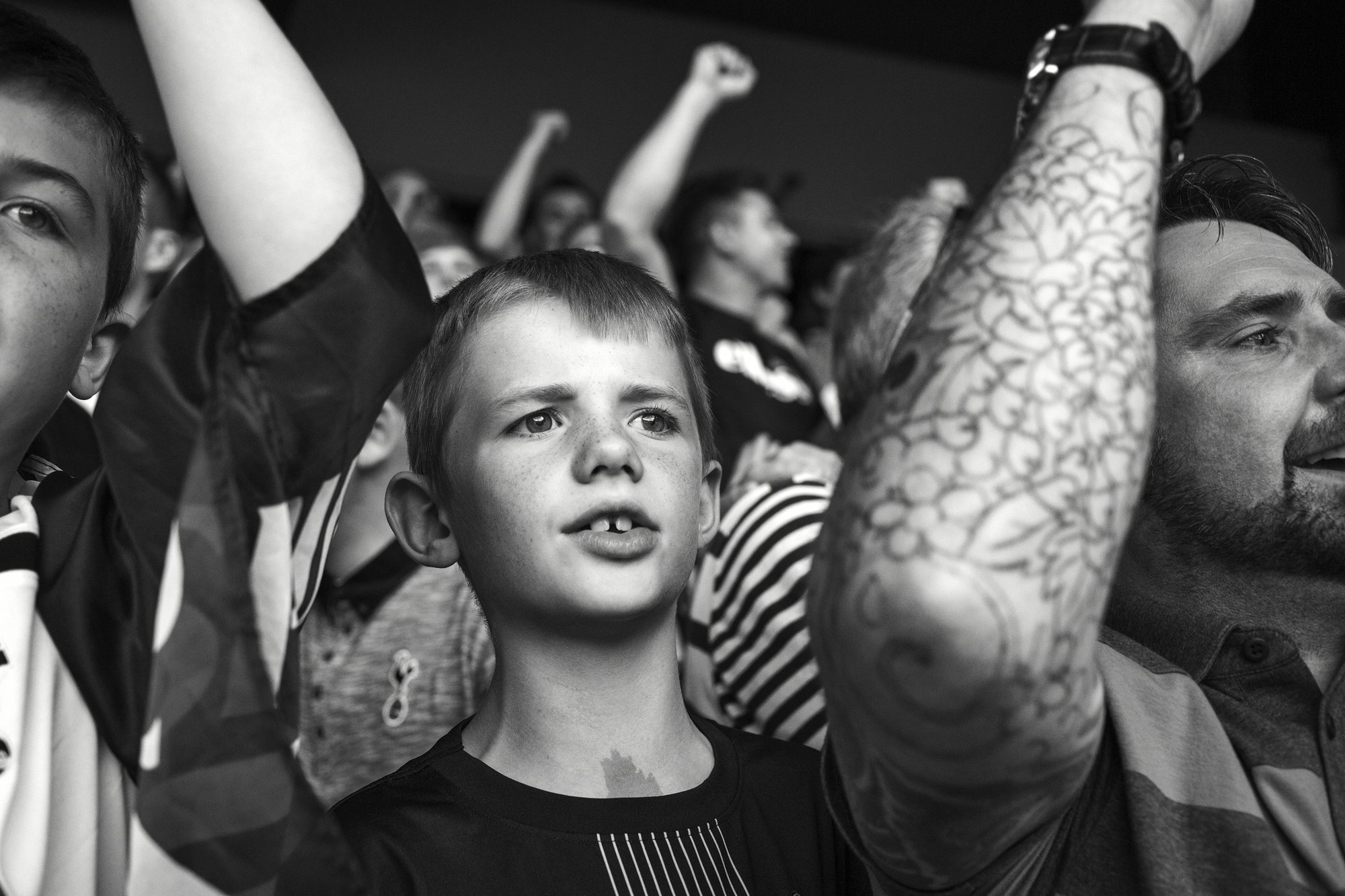 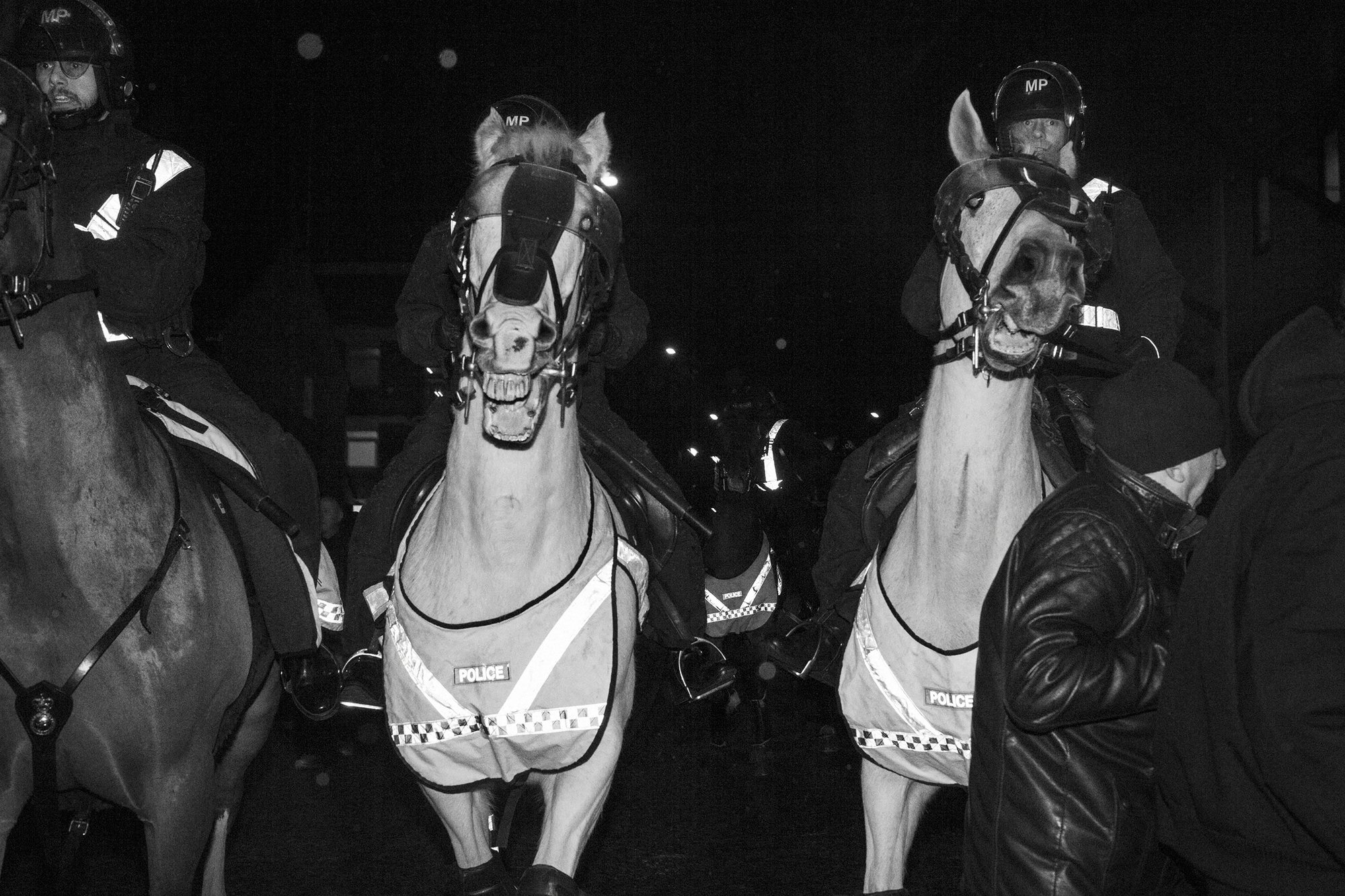 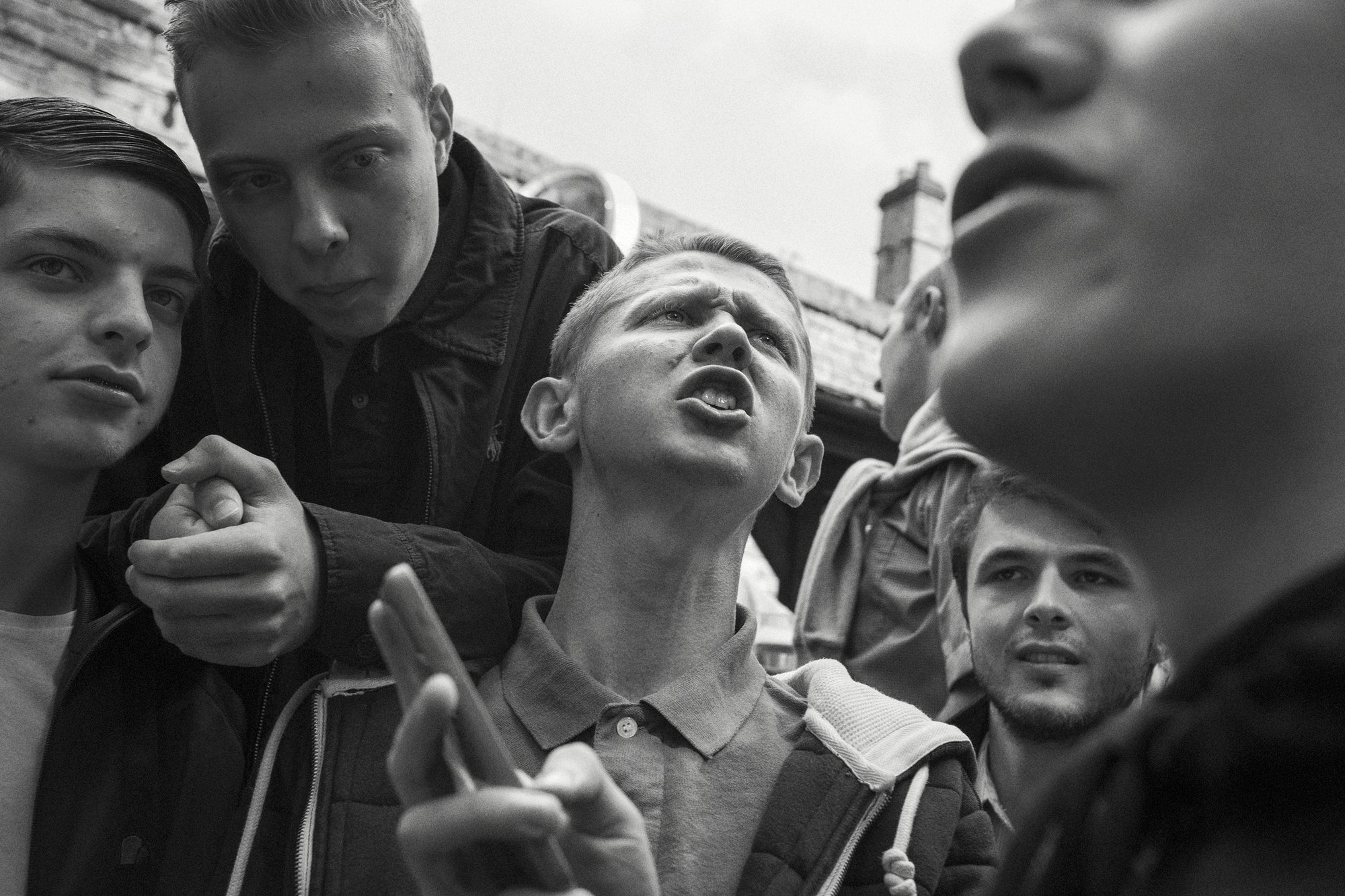 Linkedin
RELATED ARTICLES
OTHER ARTICLES
In the last of our dispatches from OFFF Barcelona, Rufus Deuchler and Vincent Gault discuss the future of creative process.
Members of the collective share some of their reasons to run as part of #UnitedBySummits, a campaign that looks to uncover transformative power of the outdoors.
From the Yakuza to a biker gang, Bruce Gilden recounts capturing Tokyo and Osaka in the ‘90s.
The revered showbiz chronicler recalls his journalistic beginnings, documenting subcultural scraps in the ’80s.
Satirical culture in the UK routinely protects the powerful and punches down. It’s time people stopped laughing along, writes Elia Cugini.
The situation in Afghanistan remains dire, with many groups facing persecution at the hands of the Taliban.