Art & Culture / Photography / What East London looked like in the 1960s 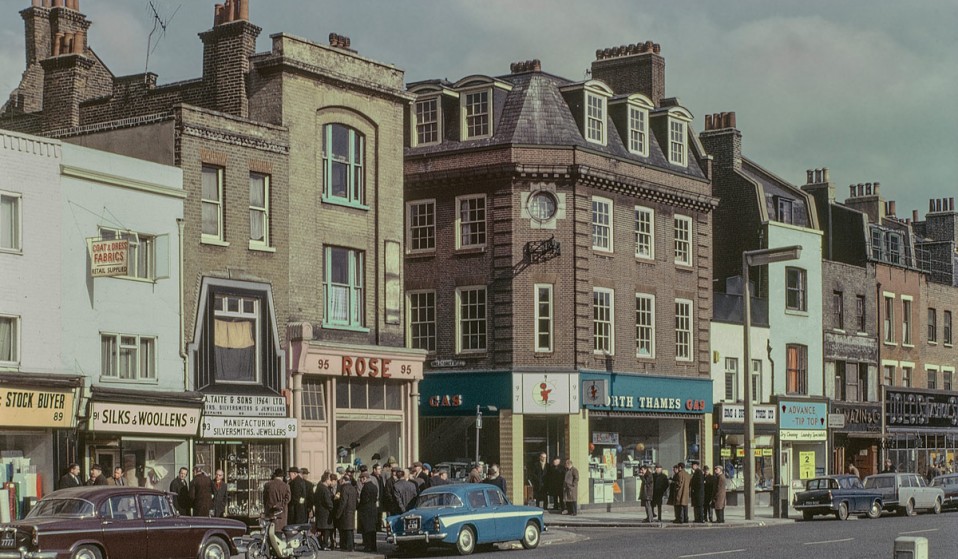 In never before seen pictures, The East End in Colour remembers the warmth and character of a bygone London, as captured by David Granick.

When Chris Dorley-Brown stumbled upon thousands of old colour slides belonging to local photographer David Granick, he quickly set to work. The result is The East End in Colour, a series that remembers the warmth and character of a bygone London.

Taken between the late 1950s and 1980, the photos – untouched, unseen and unpublished – warmly captured the post-war streets of Stepney, Whitechapel and Spitalfields, at a time when monochromatic depictions were the norm. Galvanised by the discovery, Dorley-Brown registered as a volunteer at the facility and quickly set to work scanning and organising the collection.

“The collection has about 3,000 slides going back to the fifties,” explains Dorley-Brown, “but they have been well preserved. Many had been unseen for fifty years or more.” 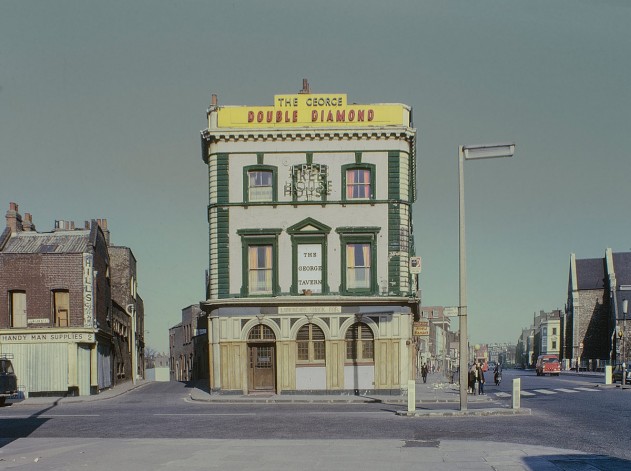 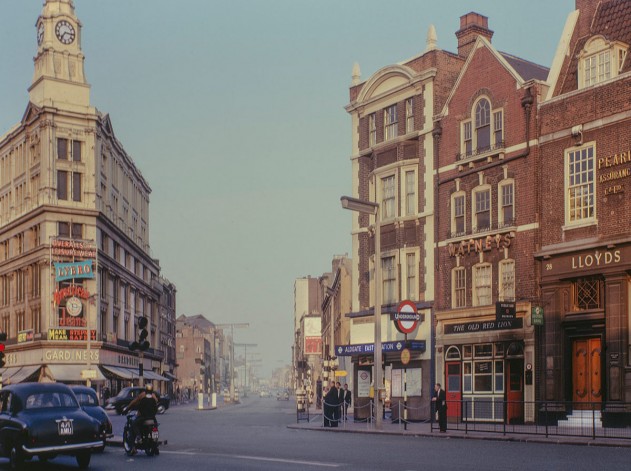 The result is The East End in Colour 1960 – 1980, a bittersweet love letter to a bygone London, made up of Granick’s distinctive images. Spanning a period that opens with the post-war boom and concludes with the first signs of Thatcherism, the book, published by Hoxton Mini Press, encapsulates a critical period in the city’s history: a London on the cusp of change.

“The East End is well documented photographically, [but] nearly always in monochrome,” Dorley-Brown continues. “Those images have defined our perspective of the period: stark, foggy and loaded with political agitation and unrest.”

“Granick takes a step back. Shooting in colour, we are presented with a very different matrix of information. Colour does that, it’s a different language. It’s really astonishing how few colour images survive from that era. They have a modern sensibility to them – they are minimal, topographic.” 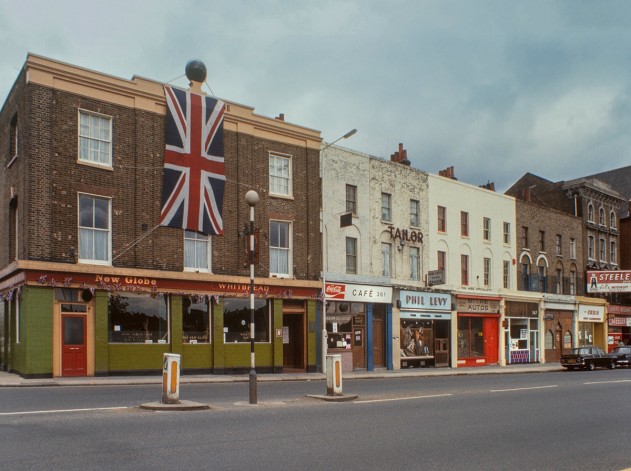 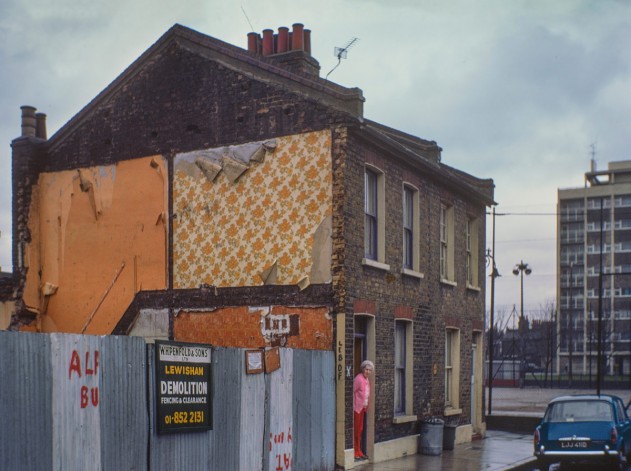 In his work, Granick – who died in 1980, aged 67 – entangles the old world with the new. From the swaggering vibrancy of the Mile End high street to the distinct loneliness of the docklands, there’s a strength and spirit to the work that illustrates East London as it once was. Through the photos, the East End of then is – for a moment, at least – brought back to life.

“They are the pictures of an insider, with an emotional but reserved response. What he has left is unique: a tribute to a lost paradise.” 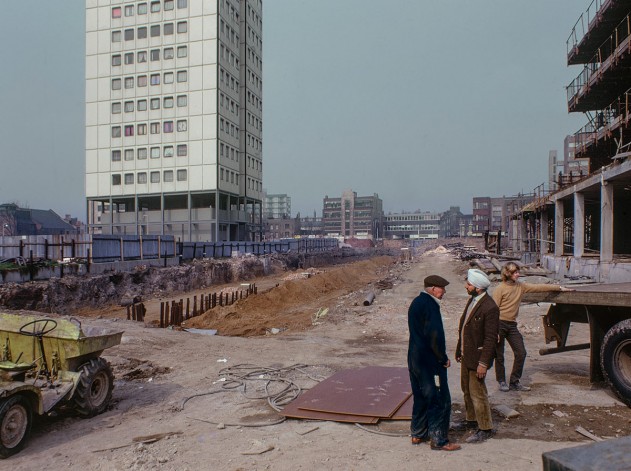 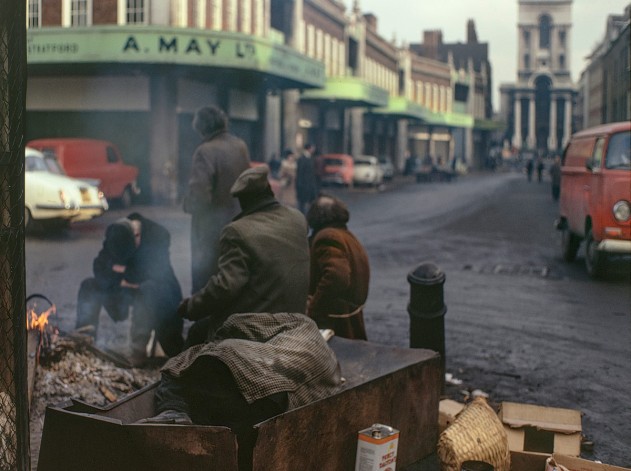 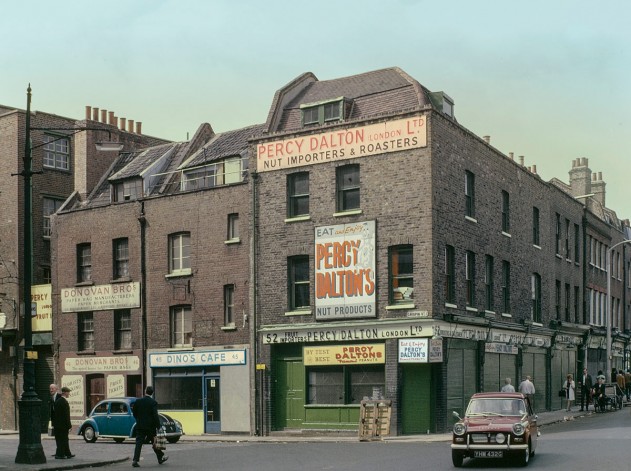 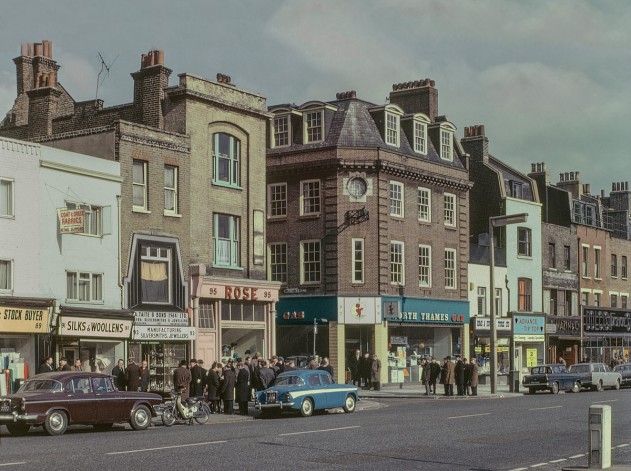 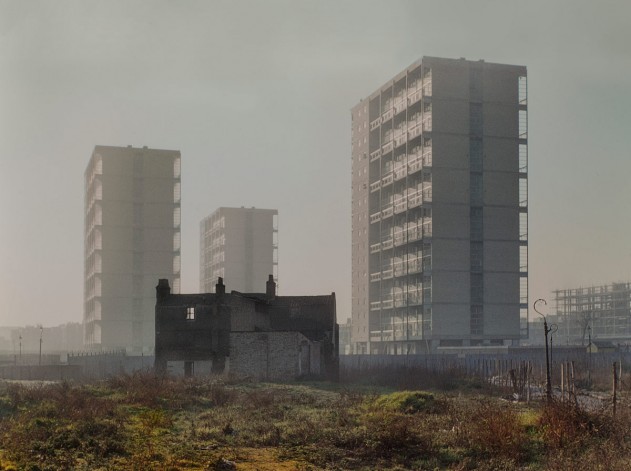 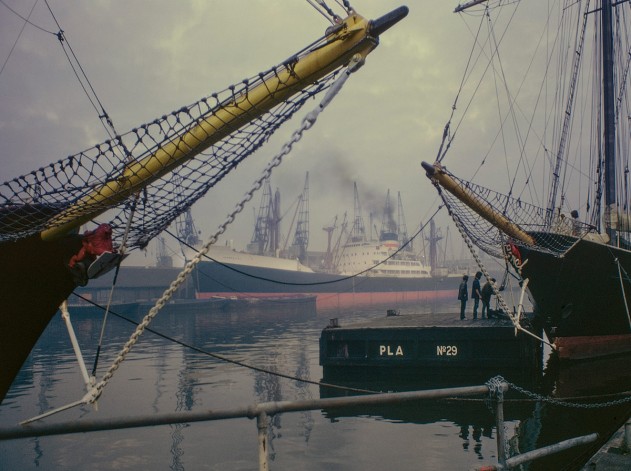 The East End in Colour 1960-1980 is available now via Hoxton Mini Press. The book coincides with an exhibition running 3 February – 5 May, 2018 at Tower Hamlets Local History Library & Archives.

Linkedin
RELATED ARTICLES
OTHER ARTICLES
In his 2008 series, the photographer pictured himself as Angela Davis, Martin Luther King Jr., Malcolm X, and other prominent figures.
The two-day long event returned to London this year, showcasing a spectacular parade, steel bands and Caribbean food.
Rhiannon Adam spent three months capturing an ageing society wracked by division, isolation, and the aftermath of scandal.
A 37-year-old woman shares how her abortion led her to become a clinic worker, and the abuse she’s received in that role.
Birdy Chu reflects on documenting the historic moment in which the territory was formally passed back from the UK to China.
Cindy Campbell recounts how her brother ushered in a new era of musical culture at a party she held in the Bronx in ‘70s.