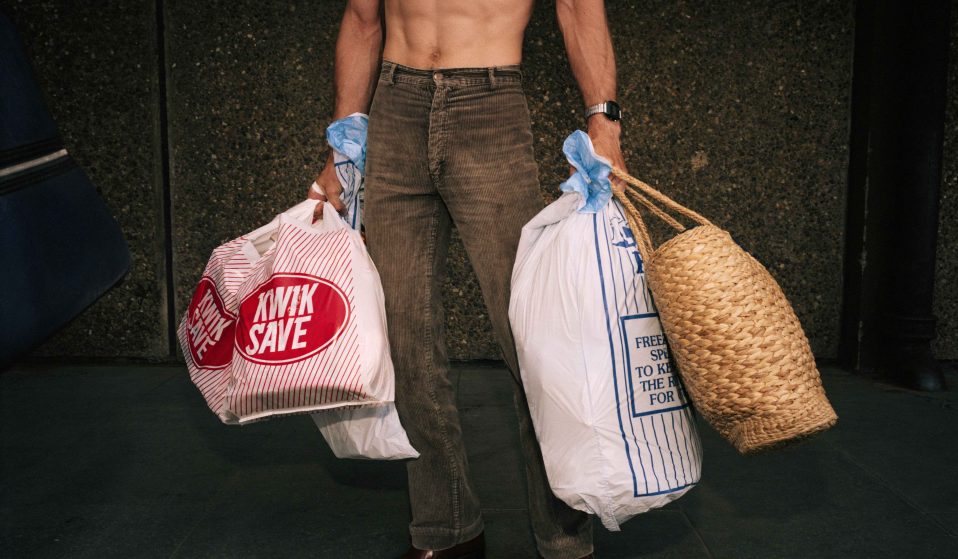 The iconic photographer reflects on the North, and the locations that have inspired him over the years: ‘The place is still as bonkers as ever, it’s very surreal.’

The iconic photographer reflects on the North, and the locations that have inspired him over the years: ‘The place is still as bonkers as ever, it’s very surreal.’

“Martin has an amazing curiosity for the photo around the corner,” explains curator Natasha Howes at the opening of Martin Parr’s new exhibition Return to Manchester. She is telling an anecdote about shooting photographs at Manchester Pride and how – after a long day at the parade – Howes was ready to go to bed, while Parr was eager to hit the clubs to find more subjects. His final images depict scantily clad men with Pride flags gripped in their teeth, dancing with abandon. Well worth the delayed bed time.

The search for the “photo around the corner” could be the secret to the entirety of Parr’s practice, not just to documenting Pride. Parr keeps working until he snaps that magical moment where the subjects are stood at just the right angle, the colours pop perfectly and the very ordinary suddenly transforms into an artistic composition. Indeed, for his new series of photographs of Manchester, he shot around 10,000 photos to end up with 64 final works. He jokes he takes more bad photos than good ones.

Good or bad, Parr has been taking photos of Manchester since he lived there as a student in the early ’70s. In the proceeding decades, he has returned many times to document Yates’s Wine Lodges, shopping habits in Salford and city life in the early ’00s. He has a fondness for Manchester and the North in general, where he has spent a great deal of his life. So, at the opening of Return to Manchester at Manchester Art Gallery, Huck caught up with Parr to discuss his most inspiring places to visit in the North. 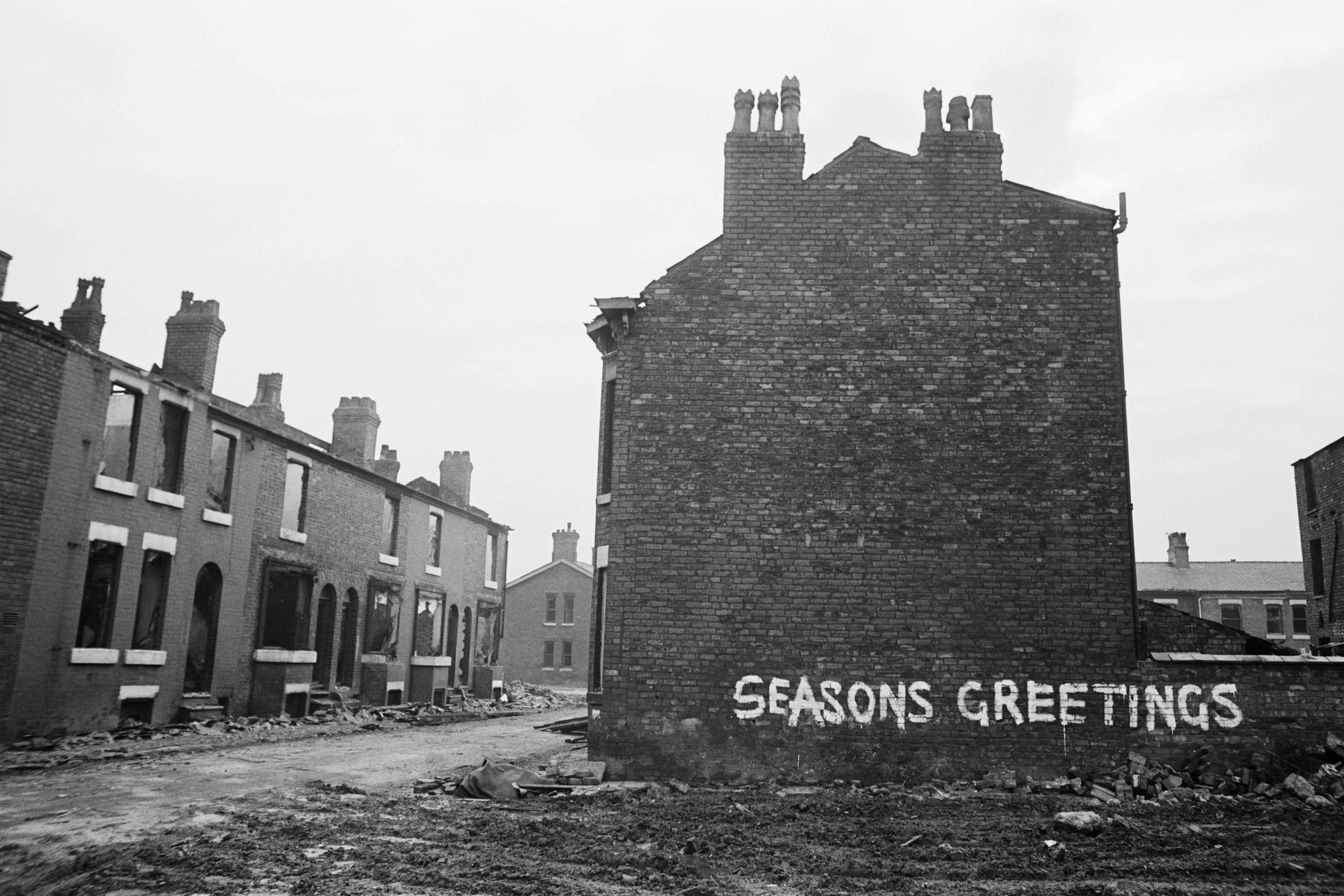 “When I think of Manchester, Curry Mile is the place I always think of more than anywhere else. It has been a constant in my life. I used to go regularly to one particular Indian restaurant that has closed down now, but I’m sure if I lived in Manchester now, I’d have a favourite to frequent.”

“I love the seaside and I love Scarborough. I have photographed there quite extensively recently. My favourite building is the Victorian pavilion on the South Bay seafront, called the Spa.”

“I used to live in Hebden Bridge. It’s still as attractive as ever. When I was there, I was photographing it as an industrial working class town. Now – of course – it’s a huge tourist location. On Sunday there used to be nothing open, now it’s the busiest day of the week. So the role of the place has changed quite dramatically.” 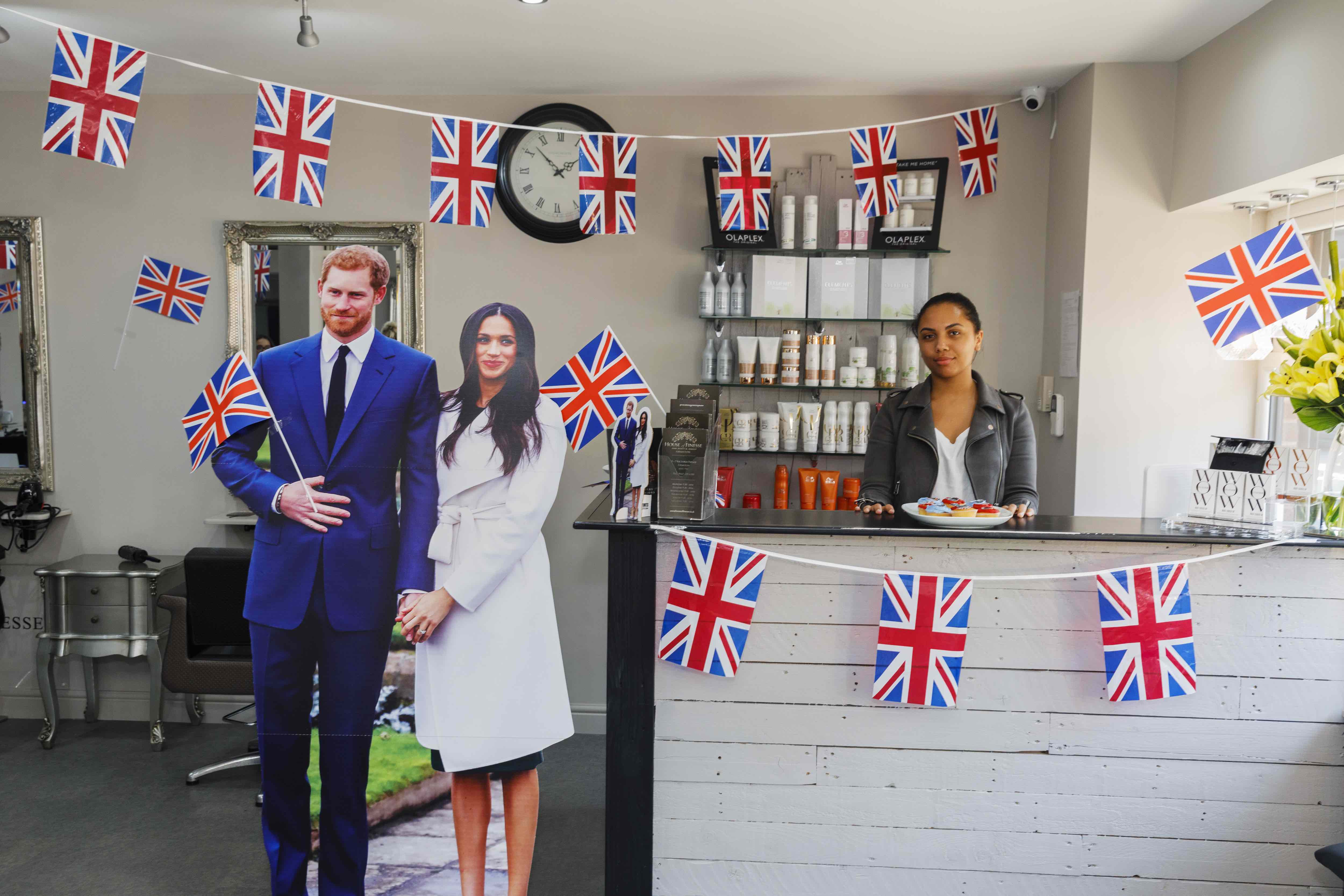 “I still love the Dales. I used to go and see them as a kid when I stayed in Bradford with my grandparents, and they are stunning. I was there a couple of years ago in May, which is the most beautiful month – May in the Dales is extraordinary.”

“I have photographed Brimham Rocks, but I remember being taken there to go bilberry picking. My grandma used to make a wonderful bilberry pie. The place is still as bonkers as ever, it’s very surreal. I had my wedding party call into Brimham Rocks. We hired a double decker bus at Hebden Bridge and the lunch was at the rocks.” 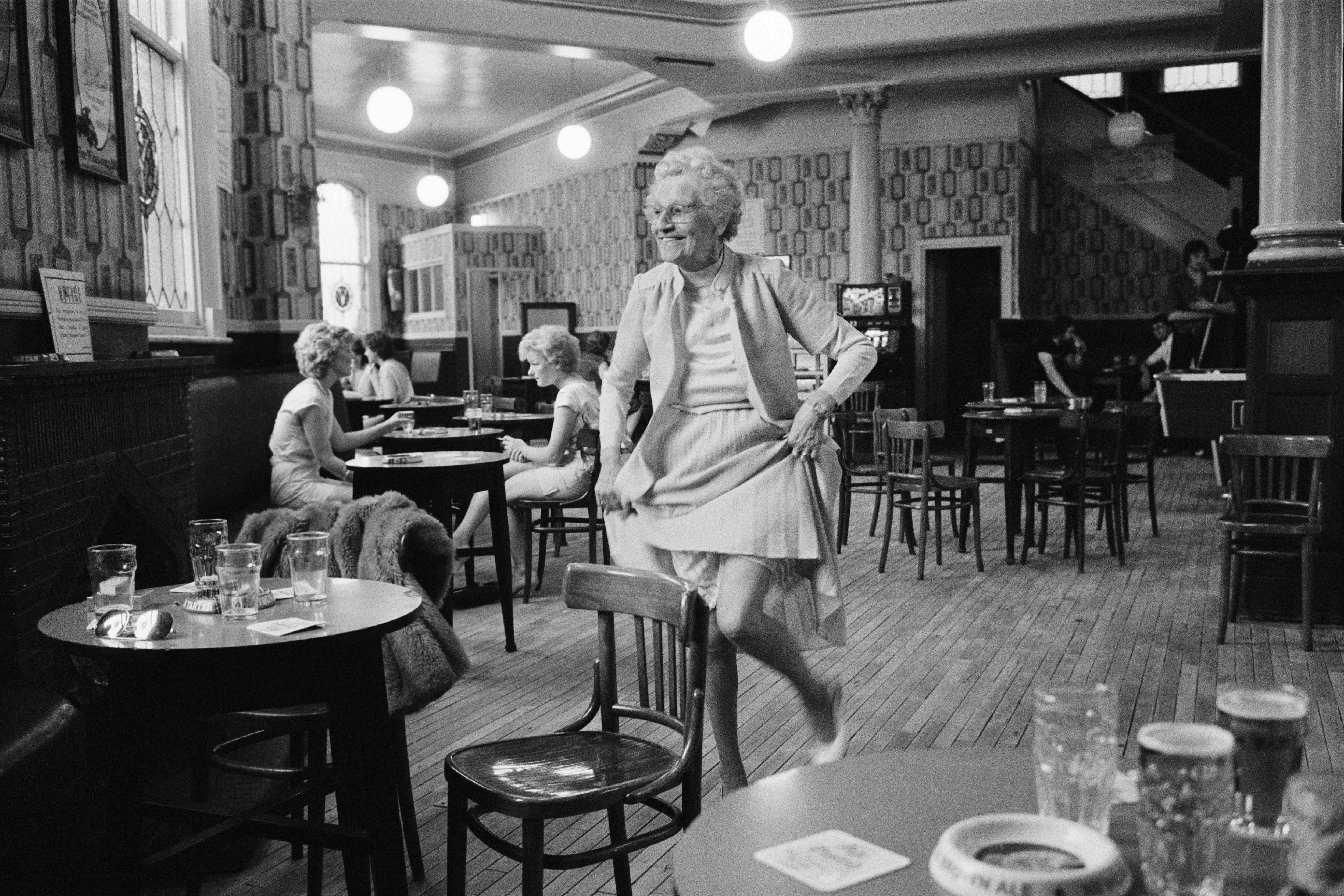 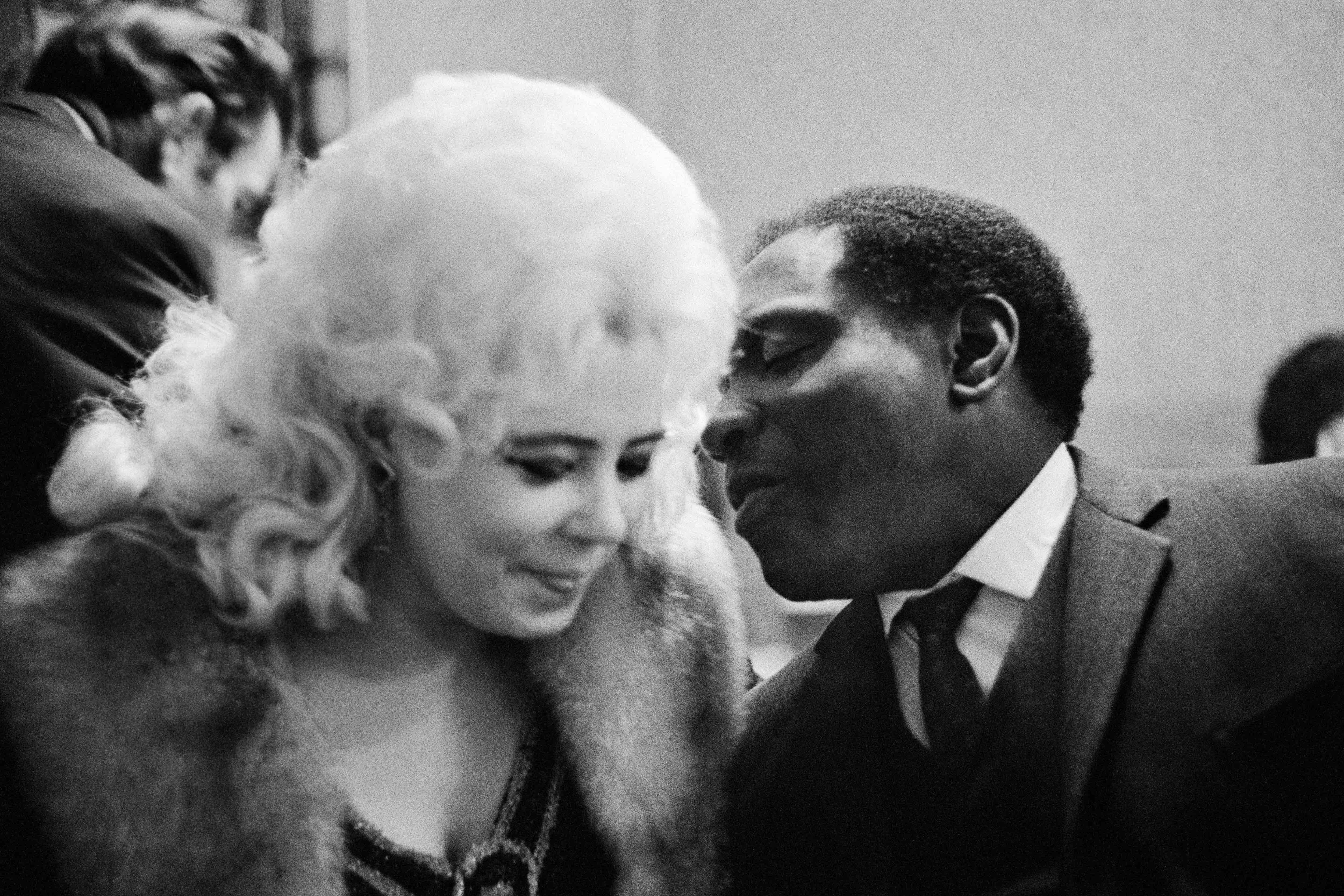 Linkedin
RELATED ARTICLES
OTHER ARTICLES
For decades, an area of East London has served as a community hub for Vietnamese people looking for a taste of home.
Thomas Hoepker‘s images taken during a road trip across America provide a searing social commentary about a divided country.
Proposals to introduce a minimum GCSE threshold for student loans will disproportionately affect those from marginalised backgrounds.
LGBTQ+ students are keeping the spirit of the original Pride alive by fighting for liberation for everyone, not just their community.
In the wake of the decision by the supreme court to overturn Roe v Wade, thousands of protestors filled the streets to express their rage and anguish.
Freddie Miller’s new series of photographs investigates who today’s trainspotters are and what drives their unfettered enthusiasm.