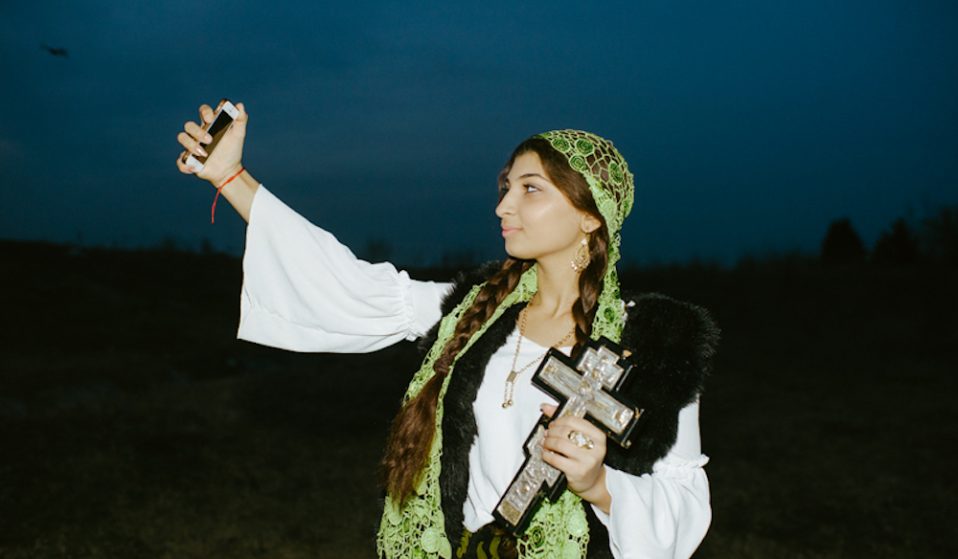 Twisting traditional rituals with 21st-century technology, the new generation of Roma women are transforming their old craft into a very modern business.

Twisting traditional rituals with 21st-century technology, the new generation of Roma women are transforming their old craft into a very modern business.

Photographer Lucia Sekerkova was researching Romania for a potential study abroad year when she discovered a video of a Rodica and her Roma witch business.

Fascinated by this strange world of modern mysticism, the photographer set about hunting down the boldest and most famous Roma women for a photography project called Vrajitoare (“enchantress” or “witch” in English).

However, Sekerkova was quickly inspired to turn the project into something bigger. After receiving financial support from a university in Slovakia, Lucia began working closely with ethnologist Ivana Šusterová to tell the full story of these women. This developed into Woman Selling Hope, an upcoming photography book which looks to bring both the images of the Roma women and the ethnological study closer to the general public.

We spoke with Lucia about this whirlwind world she entered into, the misconceptions that surround it, and why these mysterious cultural traditions are still thriving in the modern world. 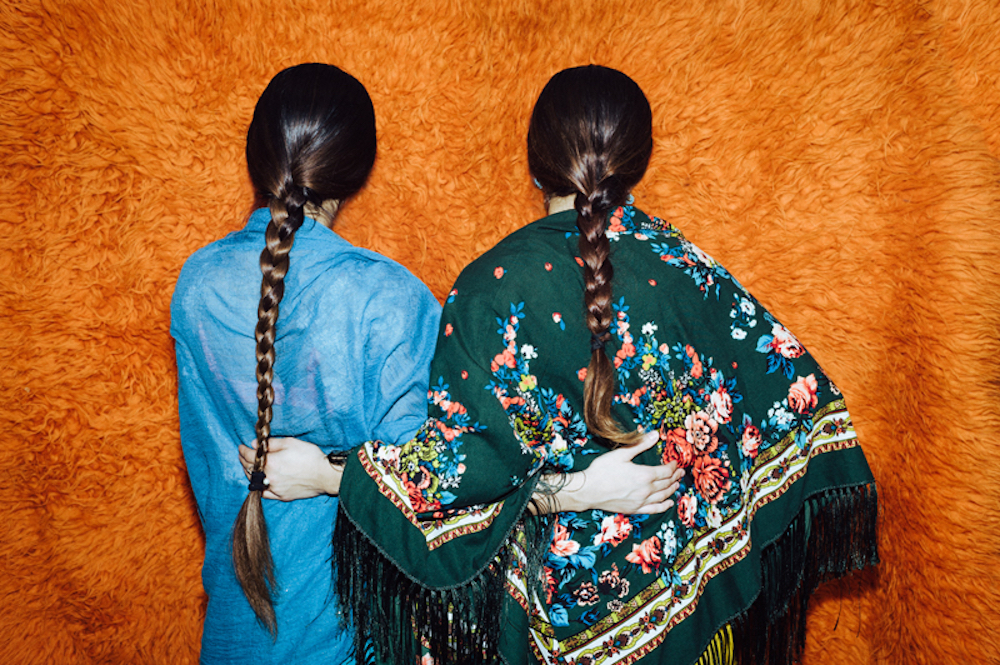 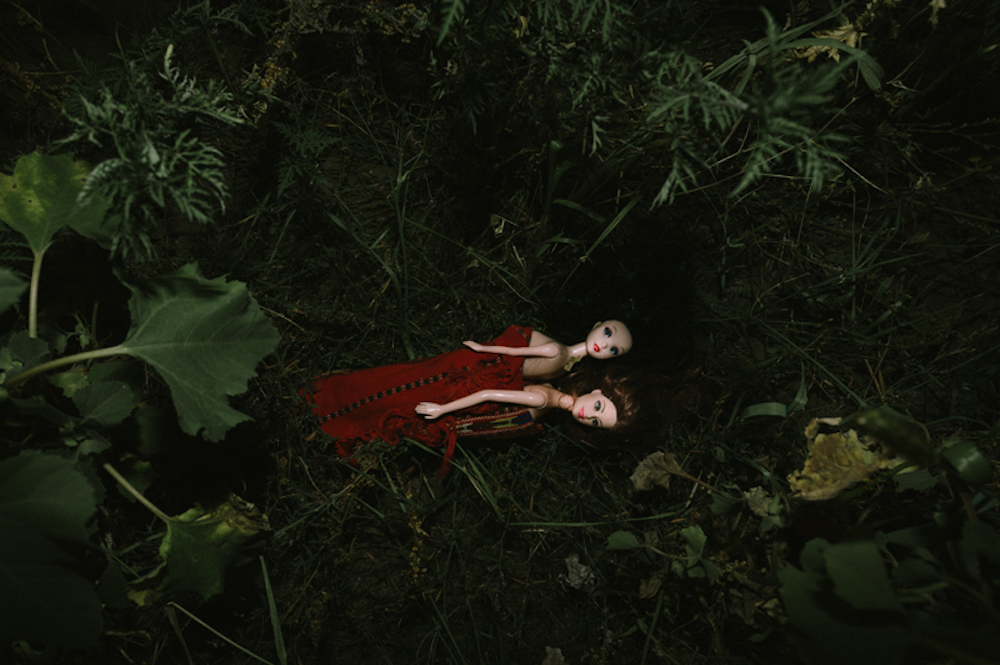 What were you trying to show people with these photos?
Ivana and I were trying to show people the unique world of Wallachian Roma women in Romania. It’s unique because the women in Romania transformed their old craft, which has been handed down from generation to generation, into a very modern business. They no longer walk in the street, seeking appropriate hands for fortune telling as you would usually meet them in other countries. They are sought by clients on the basis of advertising in the media, or through social networks and visited them in their luxury houses. These pictures show a specific reality – one that teeters between mysticism, and their own promotion on social networks – which often produces an unexpected, bizarre picture for observers.

What are the consequences of the modernisation you witnessed? Is this symptomatic of a broader cultural change in Romania?
In Romania, there was a large increase in the number of women offering fortune telling or magic after 1989 – and their numbers are still growing now. Before that year, they could be arrested for these activities because it was forbidden by the Communist regime.

The reason a large number of these women are stepping into the modern world is the Internet, which helped them with their self-presentation. You can find ritual instructions and spells on their website or Facebook profiles. Everyone can learn it and start own business. In my photos, you can see these women holding their phone or taking a selfie, all during magic rituals. I decided to photograph all rituals without clients present, because a client doesn’t have to be part of the ritual in most cases. The women told us that they can solve problems of clients via the phone, and also they can read their future in tarot cards without visiting them. All that you have to do is to call them, wherever you are in the world. 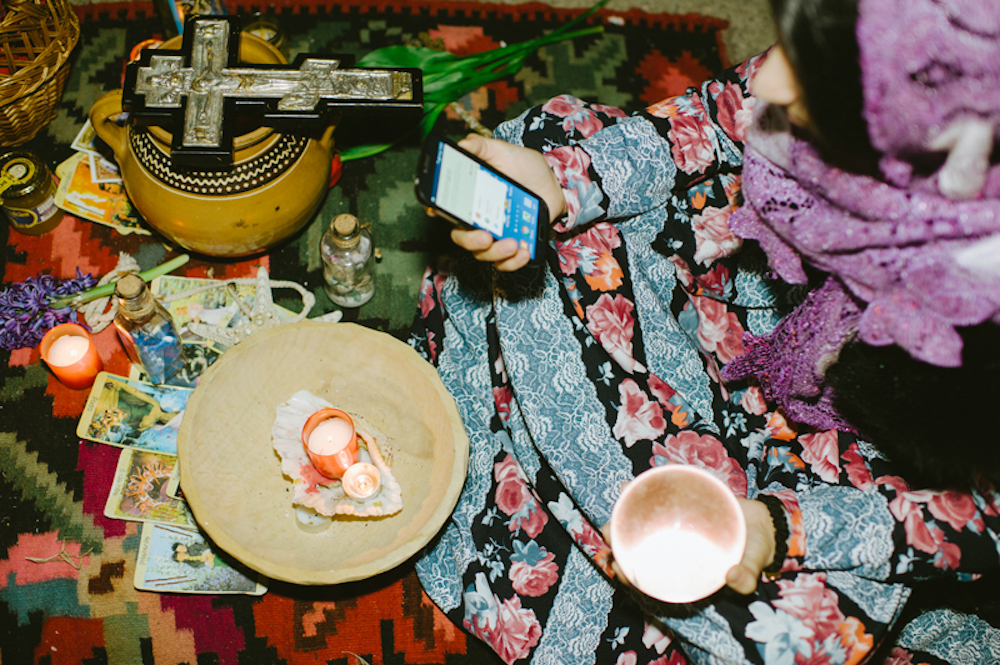 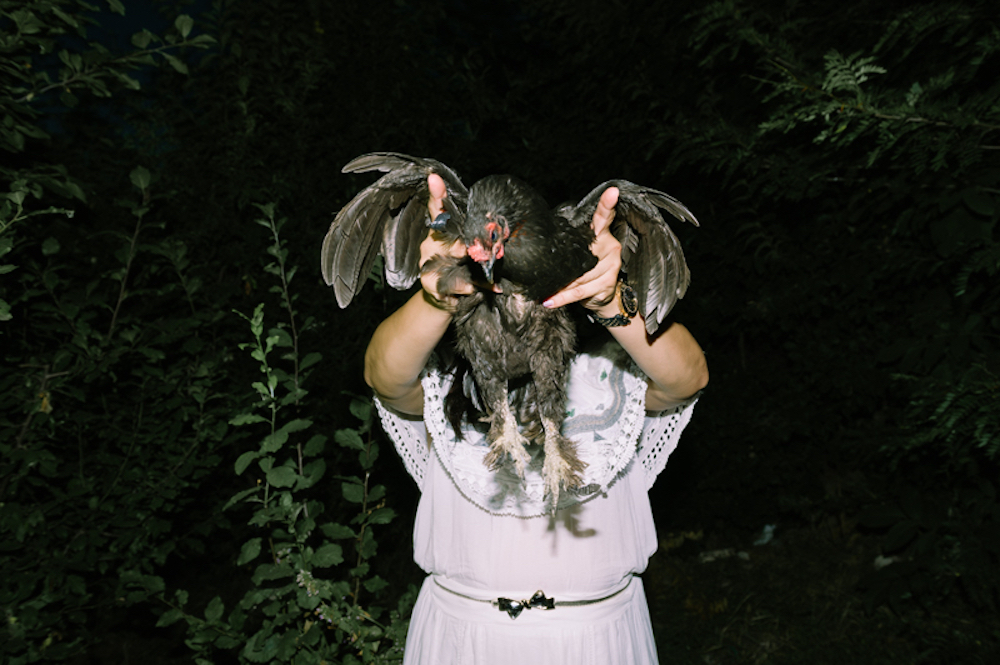 Were these “vrăjitoare” open to sharing their world with you? What was it like capturing them with your camera?
They were more or less open to sharing – it depended on the motivation each of them had. Some of them didn’t accept our visitation if they felt they didn’t need advertising. Some of them don’t want to cooperate without money passing hands, but sometimes you just need time to impress. We just explained that we had a really serious interest in their traditions and culture and we would like to make a book about them. Most of them really liked this idea.

Also, we had an advantage: Ivana knows all about the Roma culture, so we could find some common topics with them and also speak in their language a little. We were trying to adapt to their world as much as we could, so most of the time we wore long skirts according to Roma tradition. All of this helped to open the door, but at the same time, we realised that we are still only strangers there. It was hard work sometimes because the women were manipulating us into the client role for the purposes of their self-promotion on social networks  –  broadcasting live videos of visits. I felt like I was their private photographer or their PR. Later, I realised that I should use these stylized portraits of the women in the project because it perfectly reflects them.

What was the weirdest thing that happened, did you have your fortune told?
I have a lot of weird stories. I went to see one woman, Maria Campina, twice with my interpreter Diana. The second time I visited, Maria took us into her client room. It was a dark room without daylight and fresh air. There were two life-size sculptures; one of them was Jesus Christ and the second was Maria Campina, who supposedly represented the Virgin Mary. There were also candles and other objects like dolls, cards, shells and a cross. Maria showed us the demonstration of some rituals. During one example, she screamed the spell so loud as she was sputtering holy water on us. Suddenly, my interpreter Diana lost colour in her face and started to feel sick. Neither of us are superstitious, but I realised that you don’t have to be a naive person to believe them because they have really good tactics in gaining your trust. By being in contact with them, I got the feeling that they are extremely talkative and resourceful, and have a talent for popular psychology. 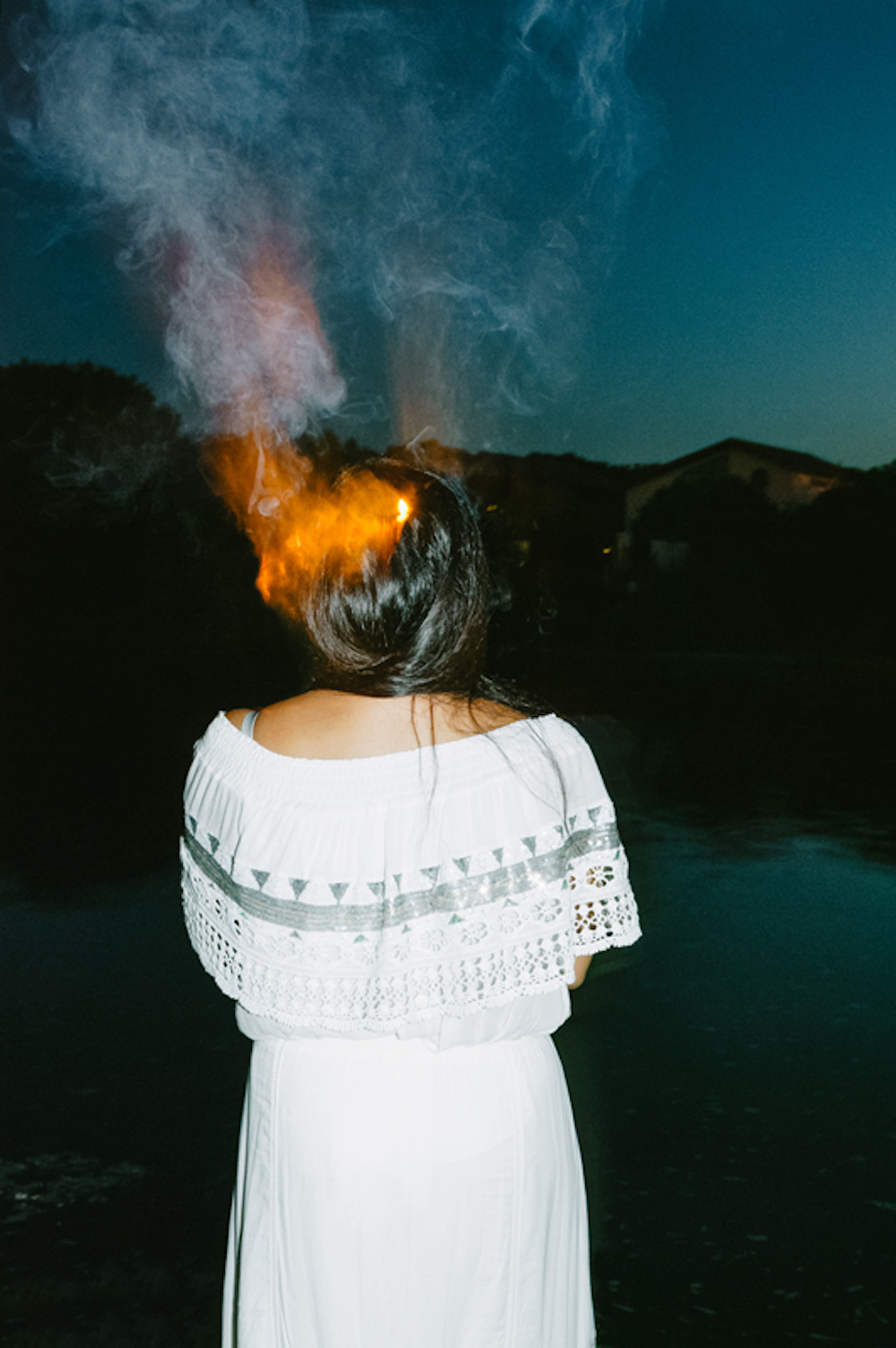 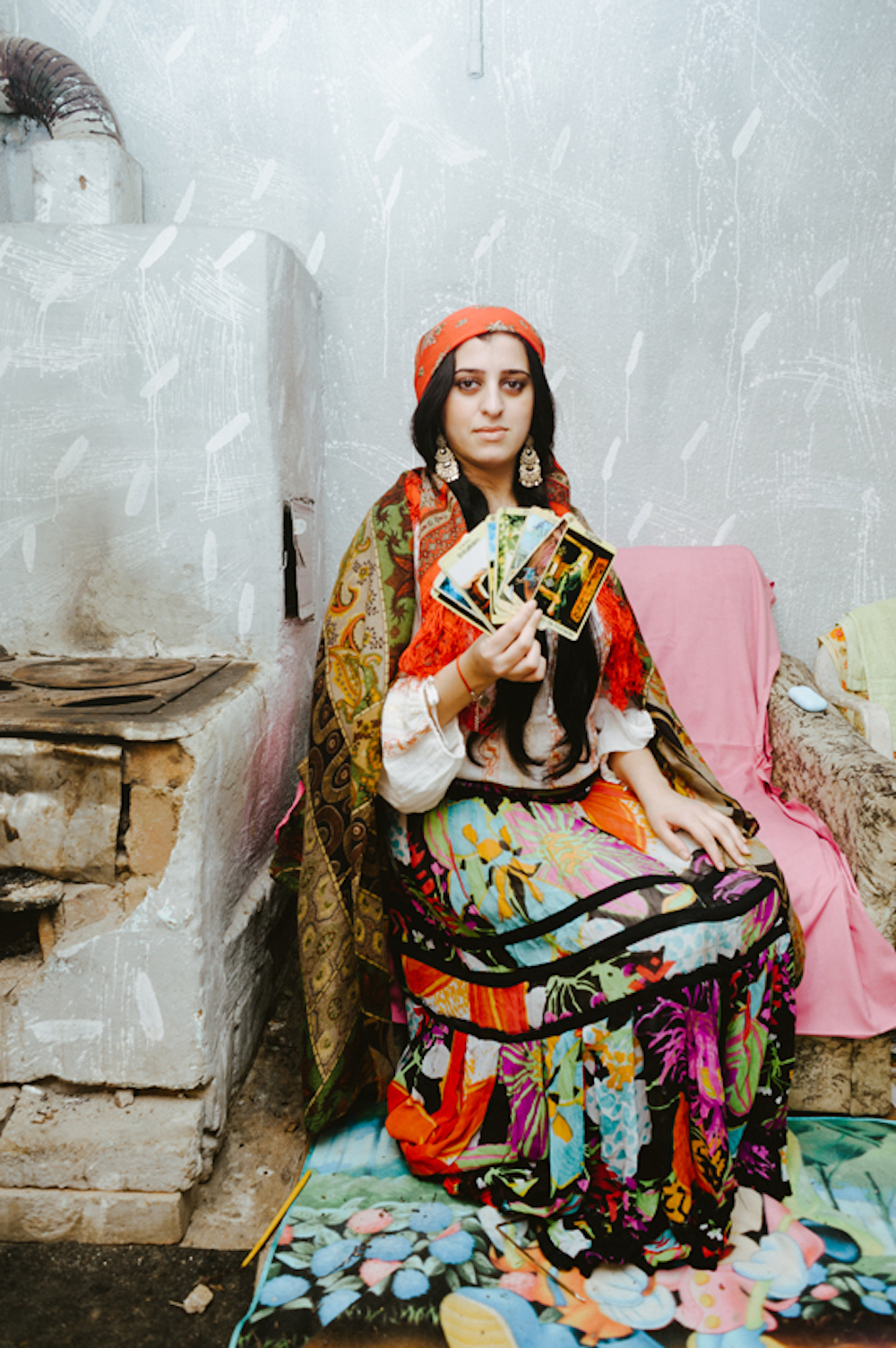 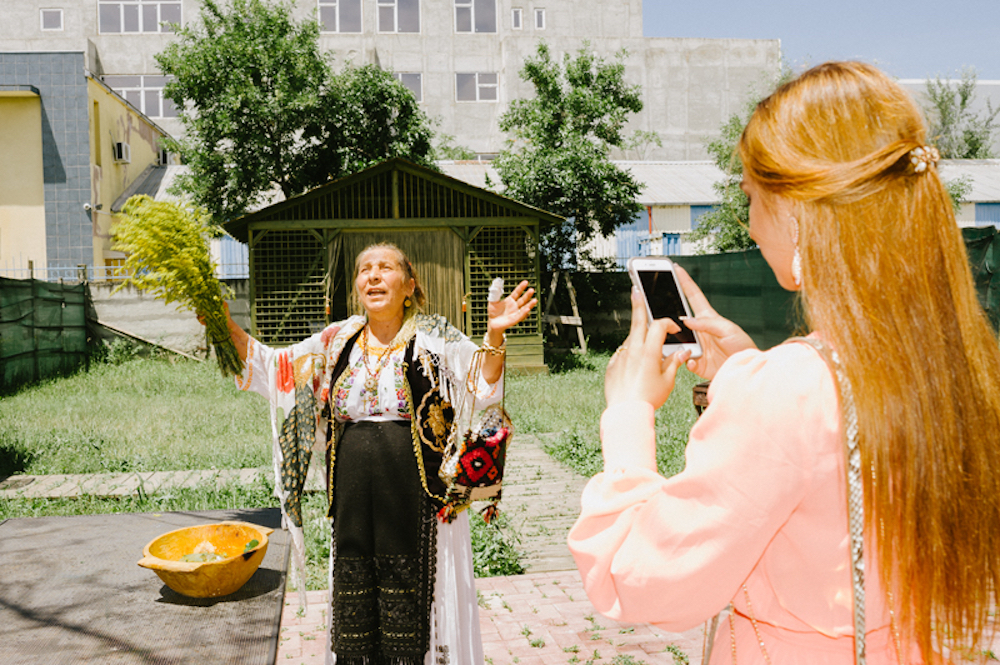 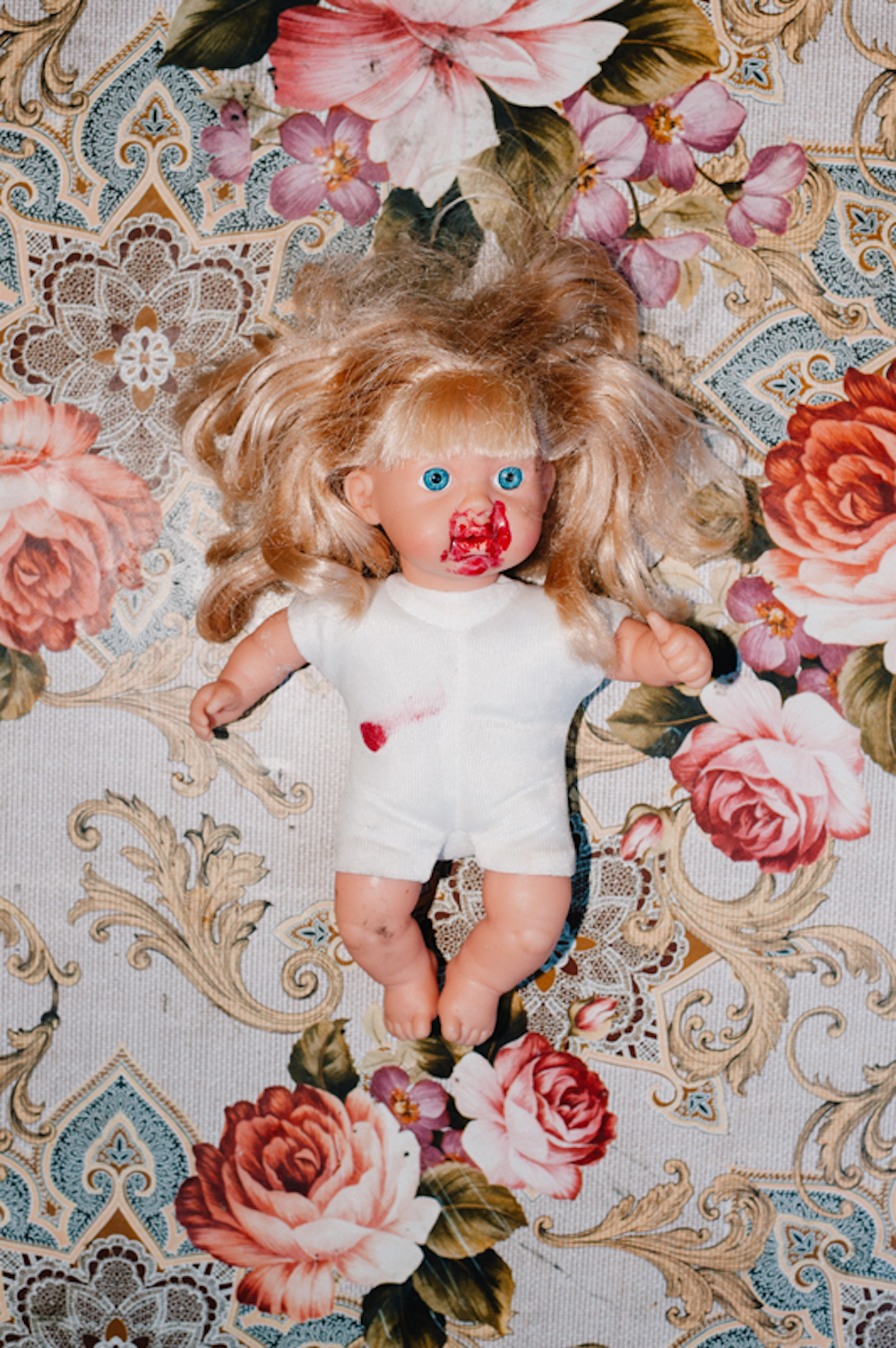 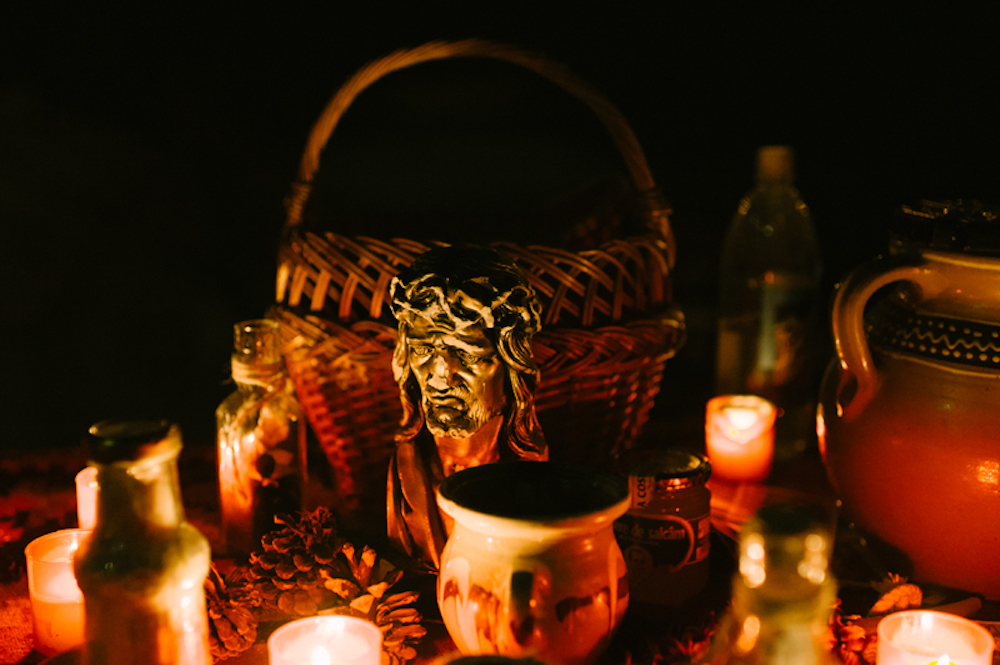 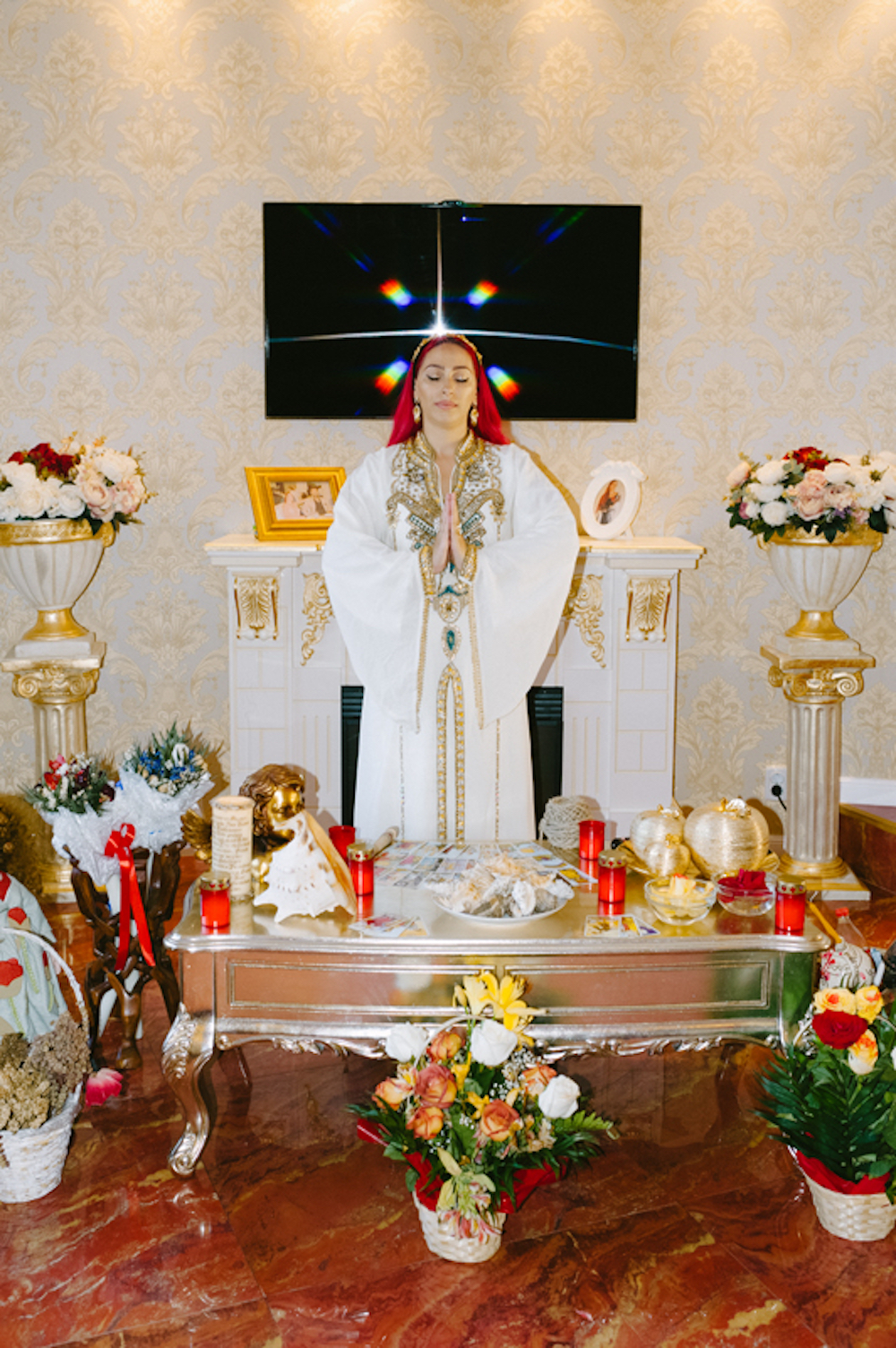 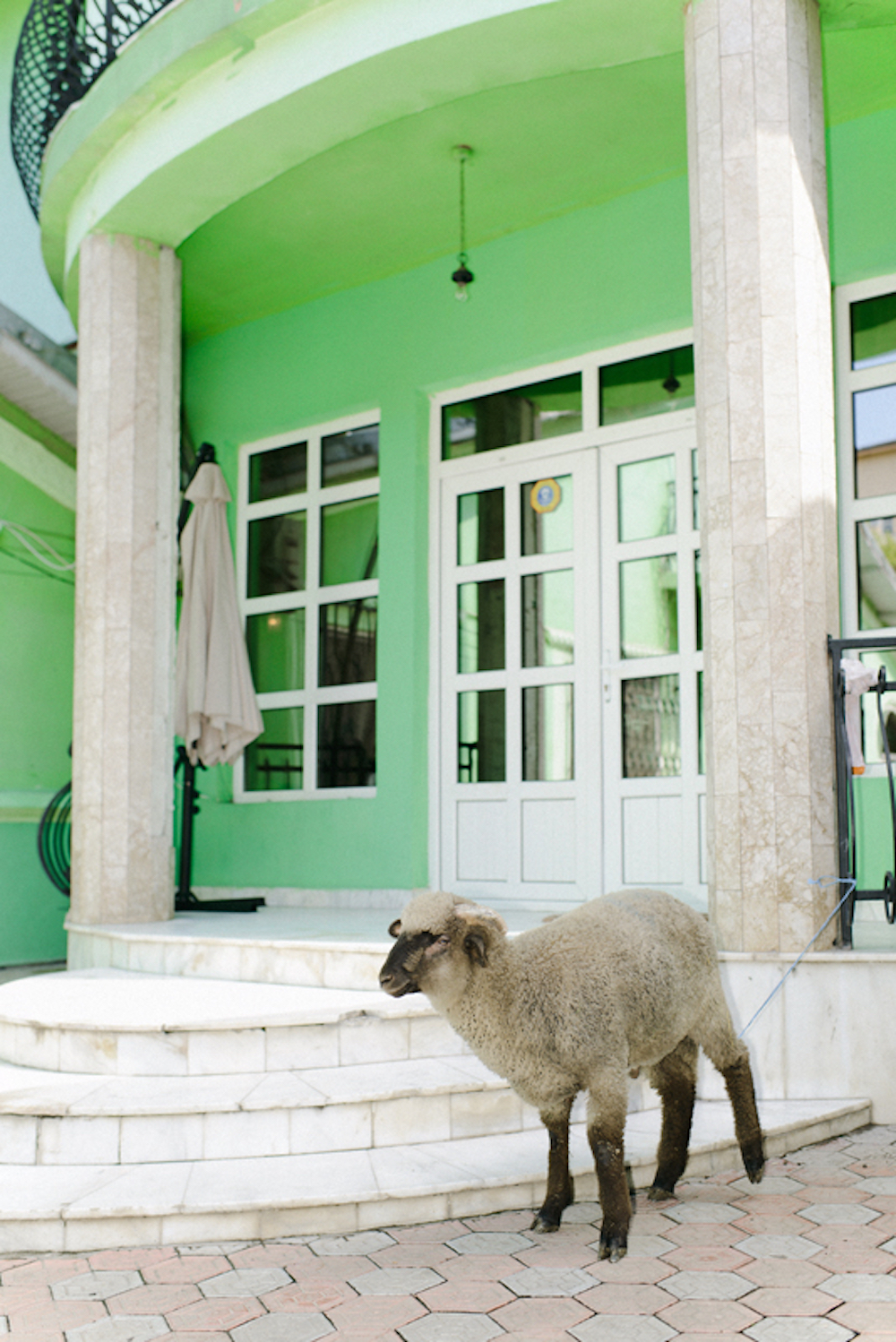 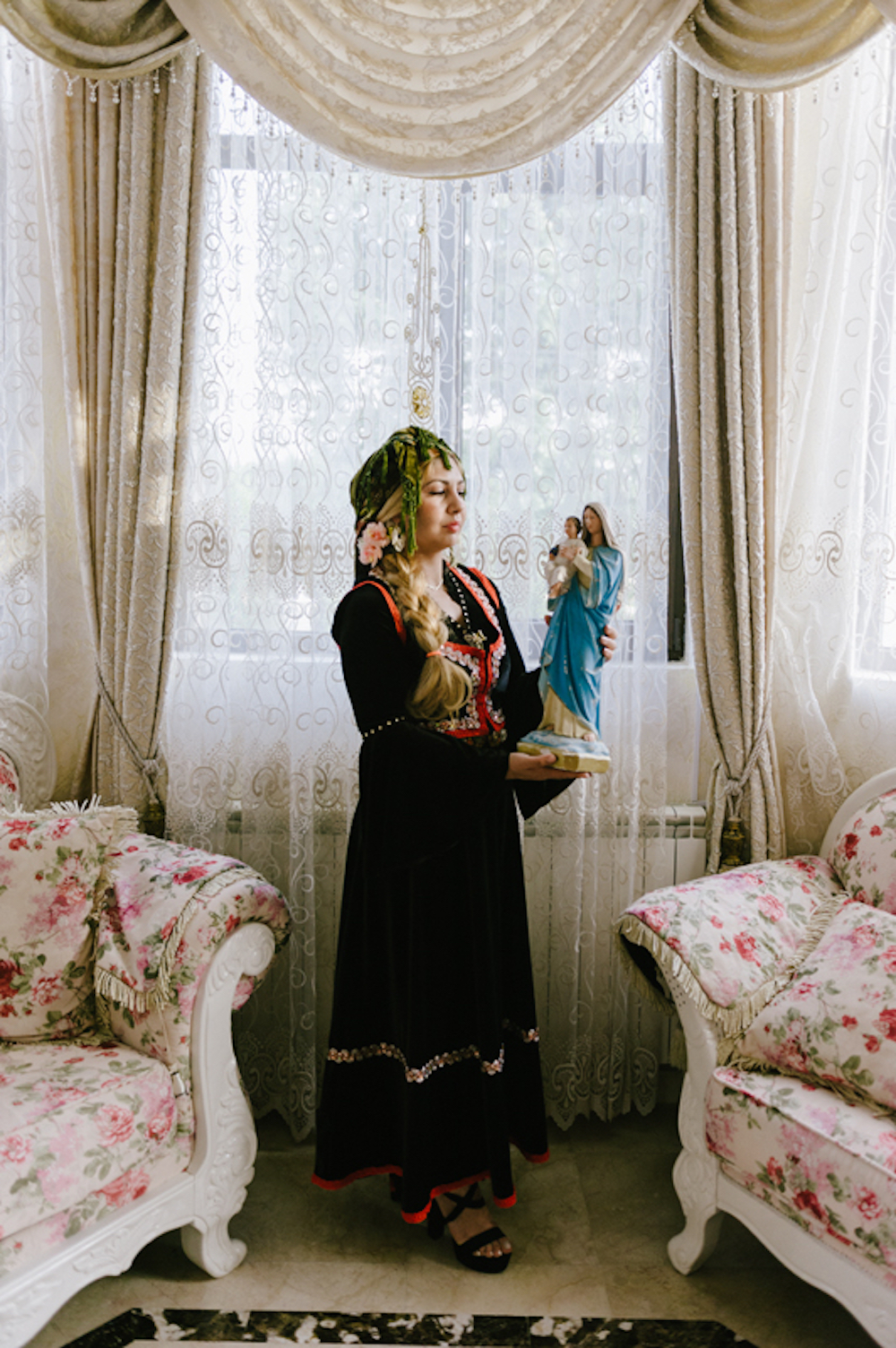 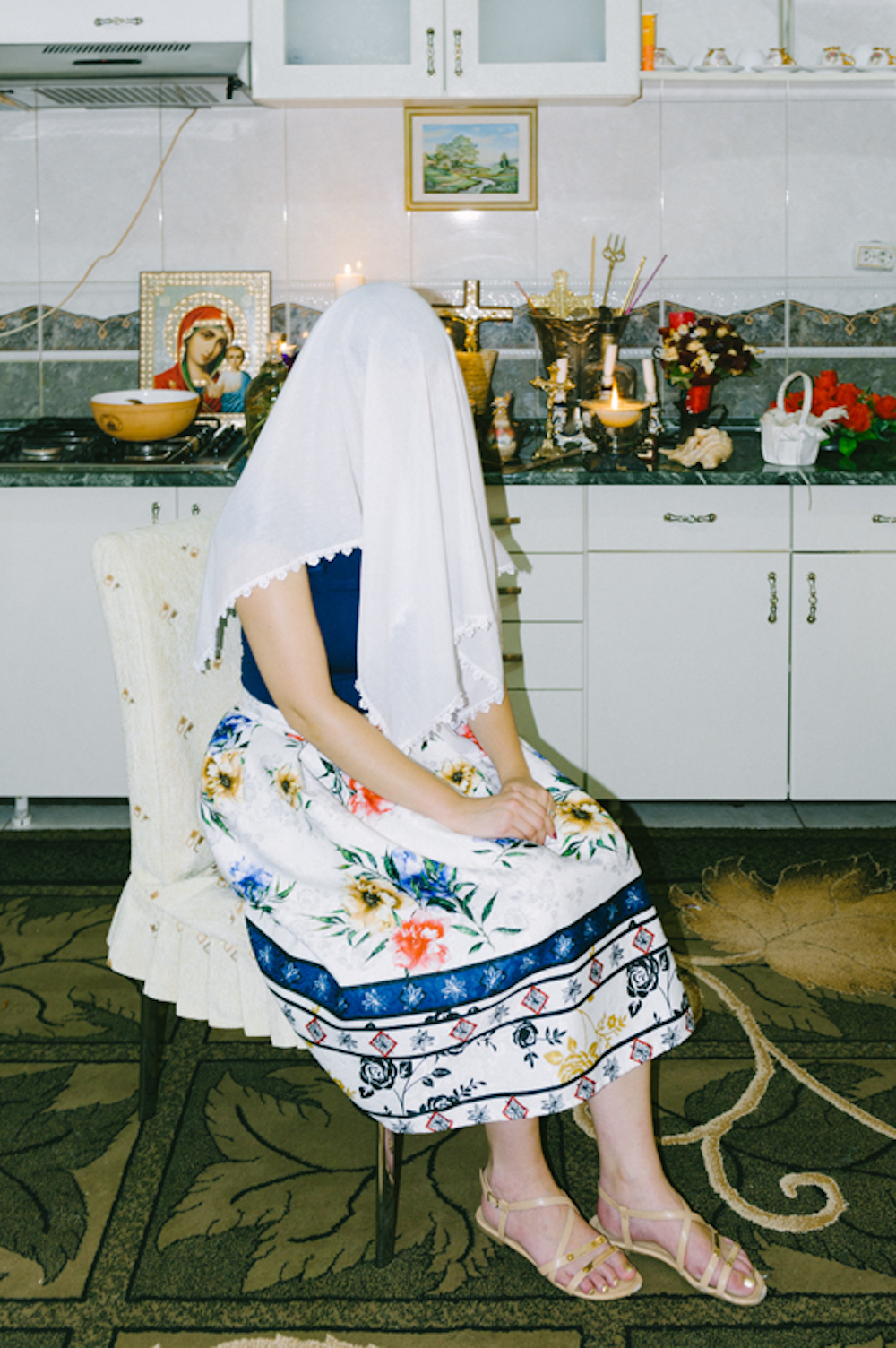 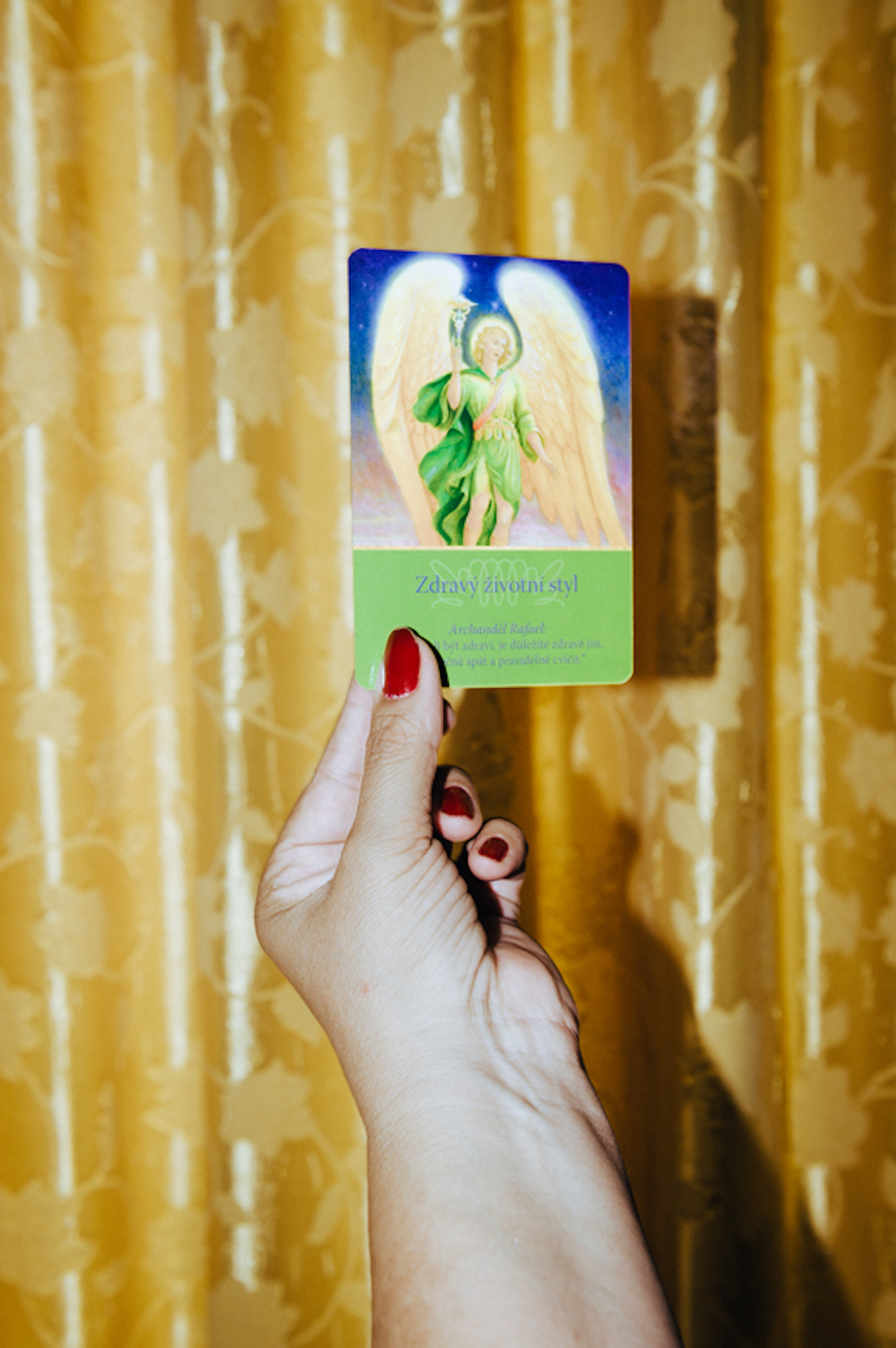 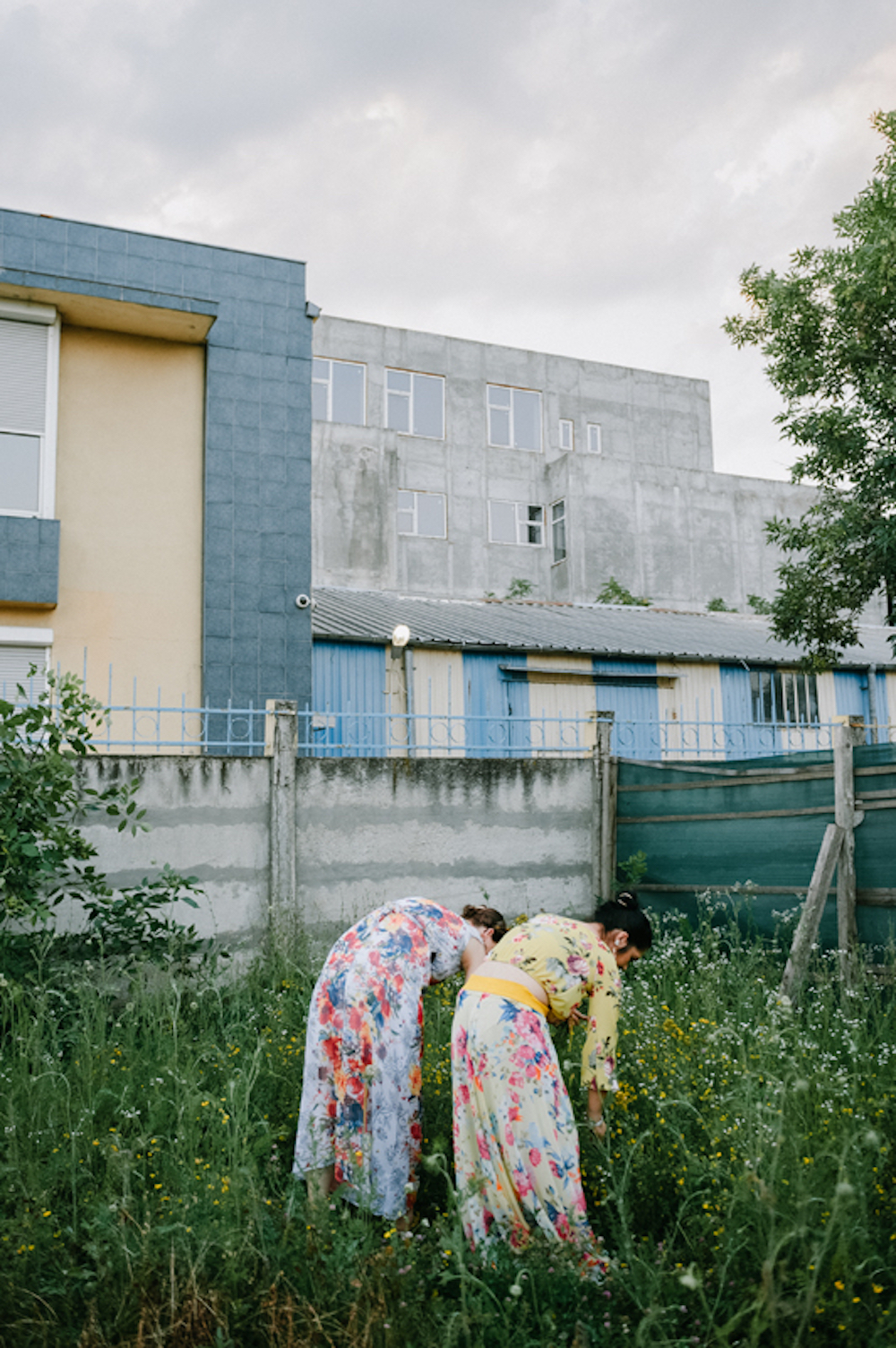 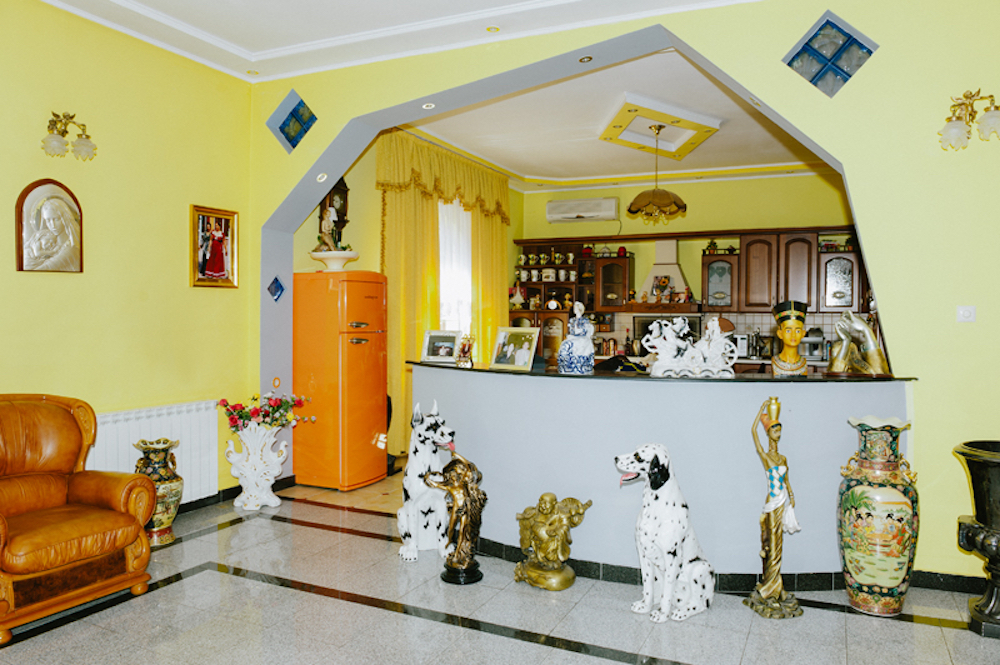 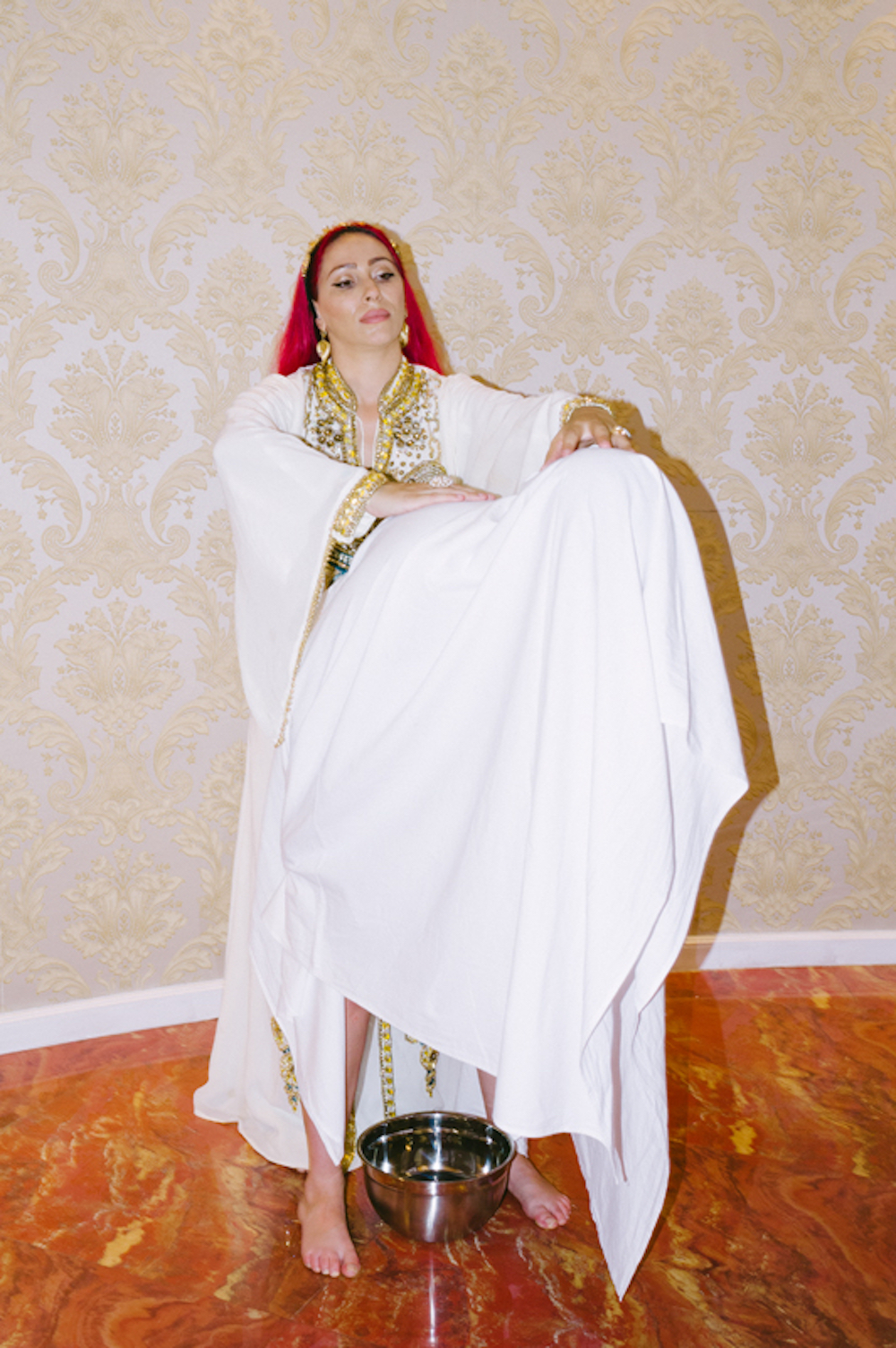 See more of Lucia Sekerkova’s work on her official website.

Linkedin
RELATED ARTICLES
OTHER ARTICLES
A new campaign is educating Palestinians about the importance, and feasibility, of boycotting Israeli goods from the inside to weaken colonial-economic structures.
In the second story from By Design, we take a ride with Bike For Good, an organisation working to make cycling more accessible in the Scottish city – and beyond.
Photographer Michael von Graffenried made a series of four trips to New Bern to create a series of panoramic images over a 15-year period. The result is an empathetic call for increased integration at a pivotal moment in American history.
The giant sand art commissioned by sustainable footwear brand Allbirds is calling on leaders to use their global leadership position to drive down their carbon footprints today.
The first-time director discusses her new high-octave panic of a movie about a young bisexual Jewish woman, portrayed by Rachel Sennott, who runs into her sugar daddy at a shiva.
A Home Office error over a new card changeover has left thousands of asylum seekers penniless, as well as placing huge strain on migrant charities forced to step in where the Government has failed to.