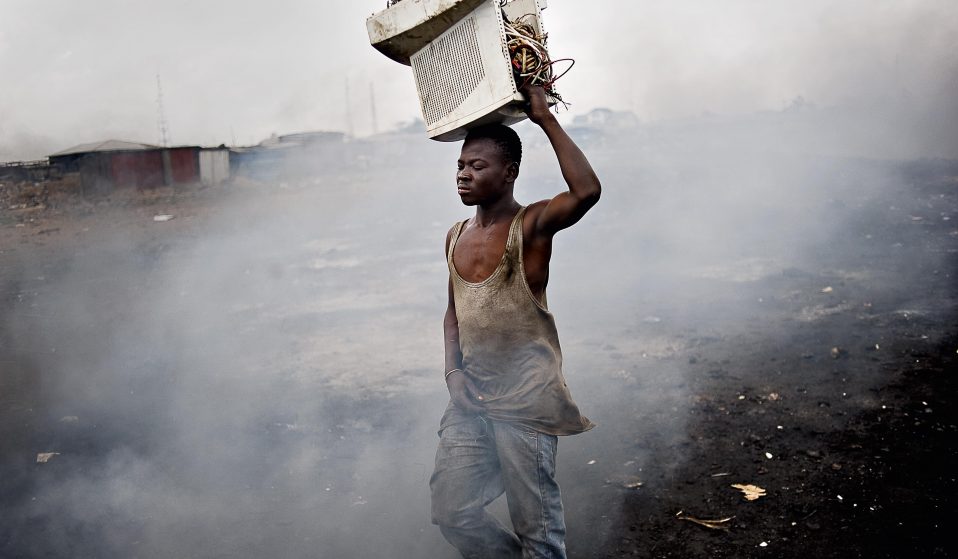 What happens to the millions and billions of electronics after they have been laid to waste? What does recycling look like in 2018? German photographer Kai Löffelbein decided to find out after reading a small newspaper article spotlighting illegal e-waste dumping in West Africa.

Löffelbein dug deeper and set a course for Agbogbloshie, Ghana, the e-waste city of Guiyu in China and the backyard workshops of New Delhi to document the horrific truth about the price the electronics exact upon the earth. The results are collected in the new book CTRL-X: a topography of e-waste (Steidl).

“During the years documenting what is going on, I figured out that the story is about our consumption and mania for new products and how we consume those products here in the West,” Löffelbein says. 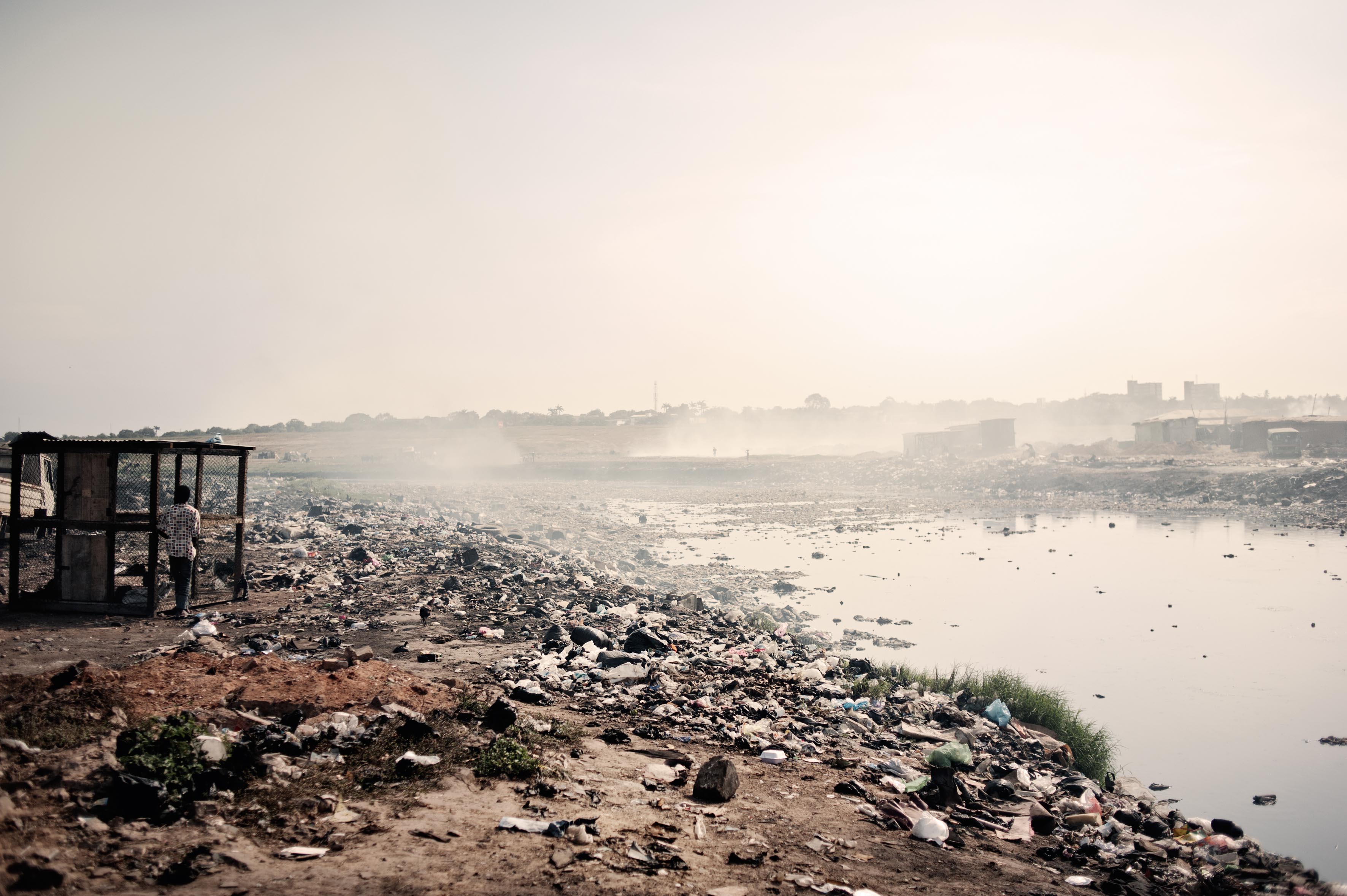 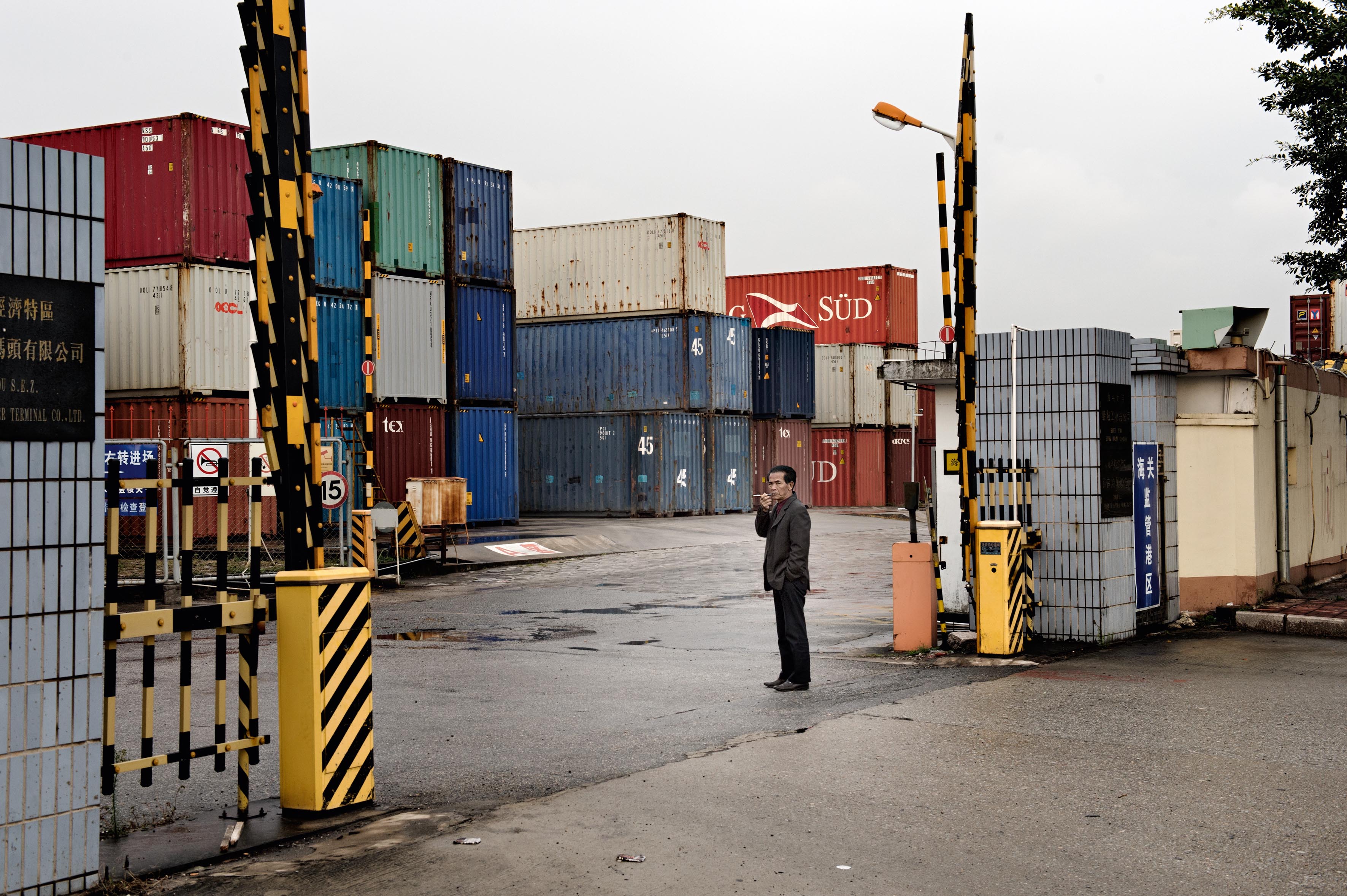 Whether we’re obsessing over the latest tech toy, or begrudgingly purchasing a new model when our old one breaks down, we are all trapped in a cycle of consumption that extracts a vicious toll on the planet. Our dependency fuels a vicious cycle that is only further devastated by the West illegally dumping hazardous materials into developing nations in order to avoid paying for recycling.

CTRL-X is a grim picture of hell on earth, evoking the post-Apocalyptic landscape of late capitalism. Löffelbein’s photographs in Ghana are particularly visceral – your eyes start to cloud from the smoke, and the acrid smell of burning chemicals stings your nostrils. 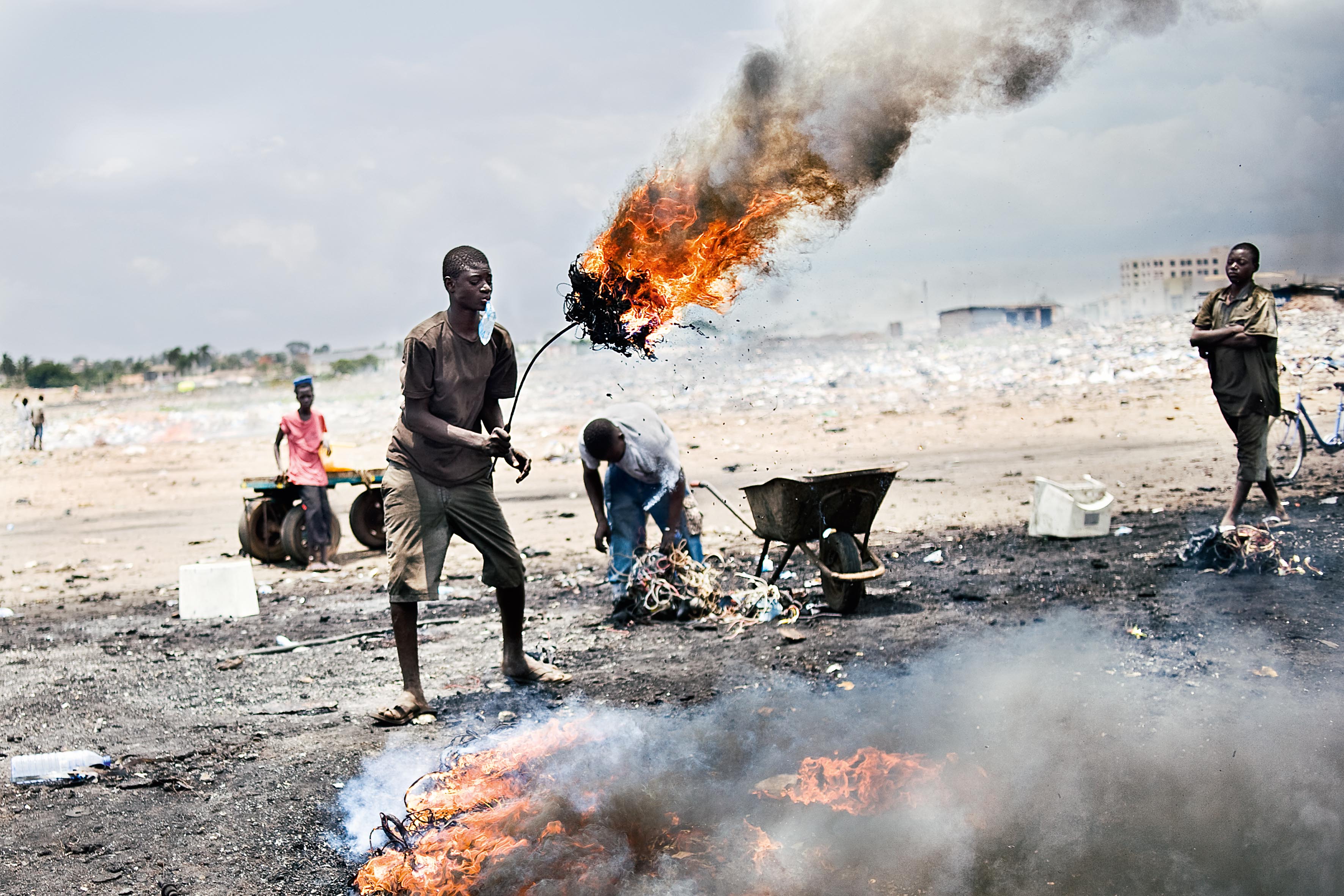 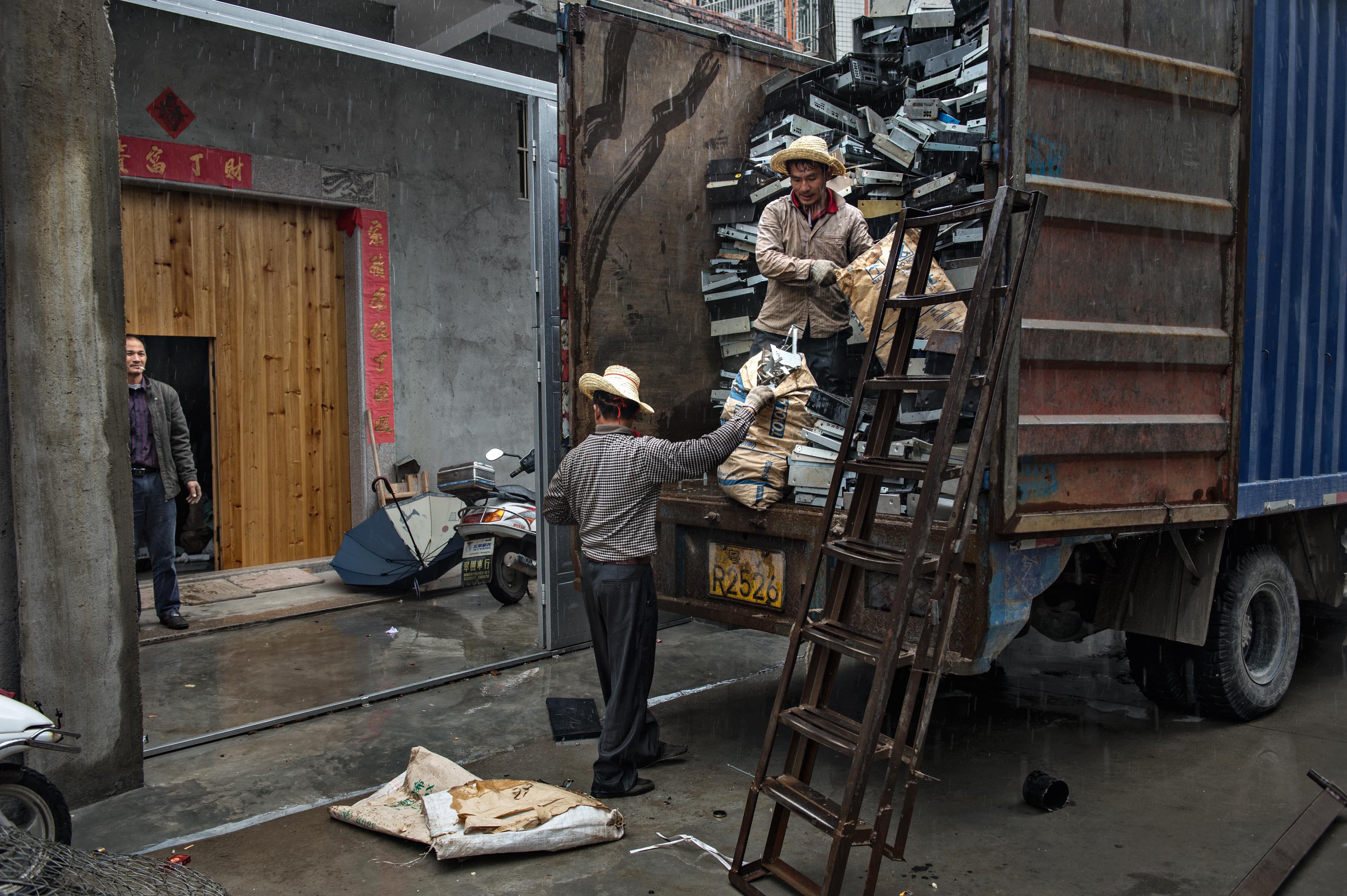 “Many people live in that very poor area, in a slum the locals call Sodom & Gomorrah,” Löffelbein explains. “When you enter the place, you walk on circuit boards and old monitors. A lot of people are working over there, mostly young men who came from the poorer north of the country, trying to get some money. In most cases, they are just looking for raw materials like copper and iron.”

“It wasn’t that difficult to get access to this place, but it always takes some time to get close to the people. In the beginning, someone stopped me and was asking me what I was doing. This guy was a local chief and he told me I was not allowed to shoot. I went home and didn’t know how to go on with the story but of course, I had to go on. I was prepared to meet him the next day. In the end, it worked out. I went there every day, not only for shooting but to stay with the people, talk with them, and play football with the boys.” 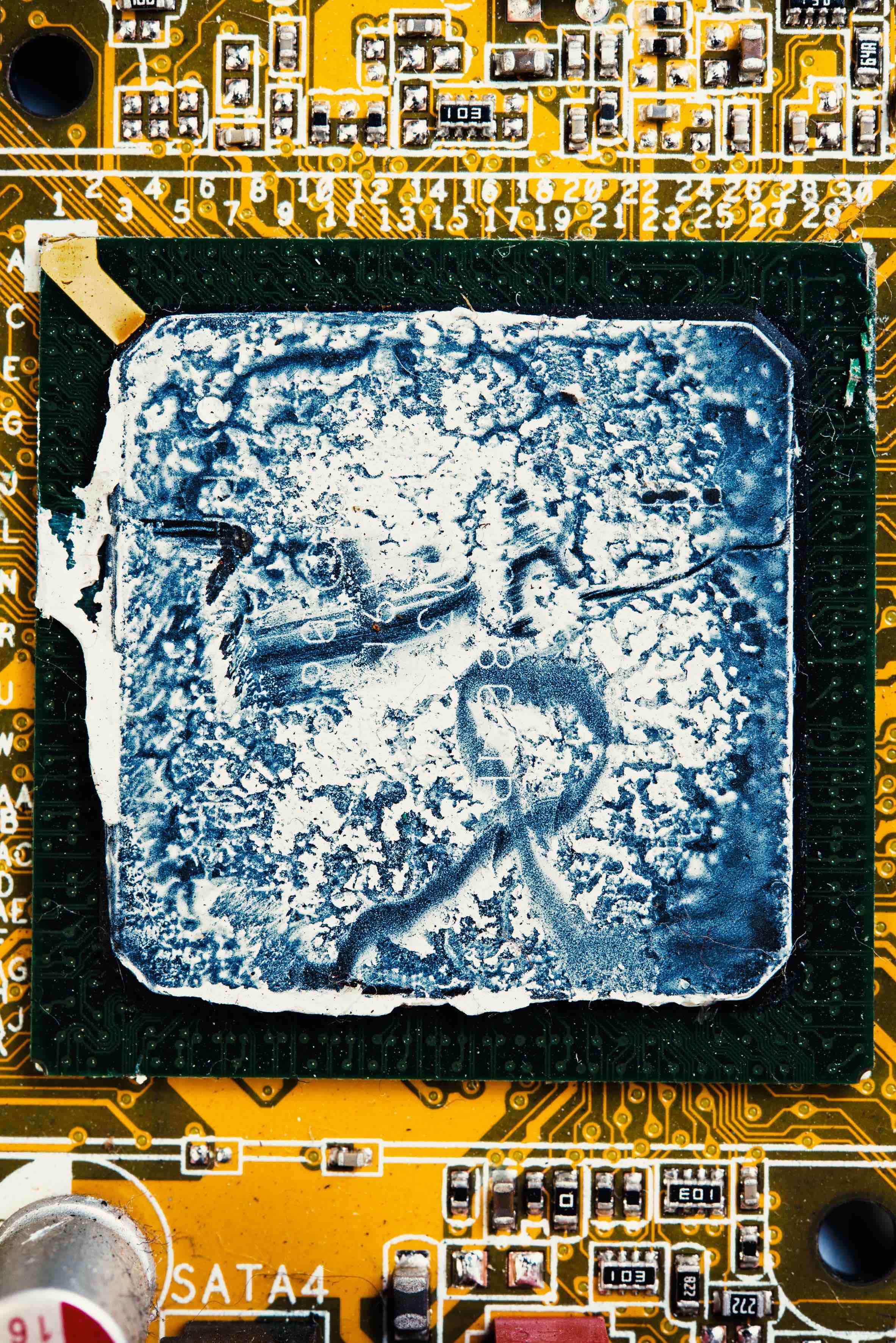 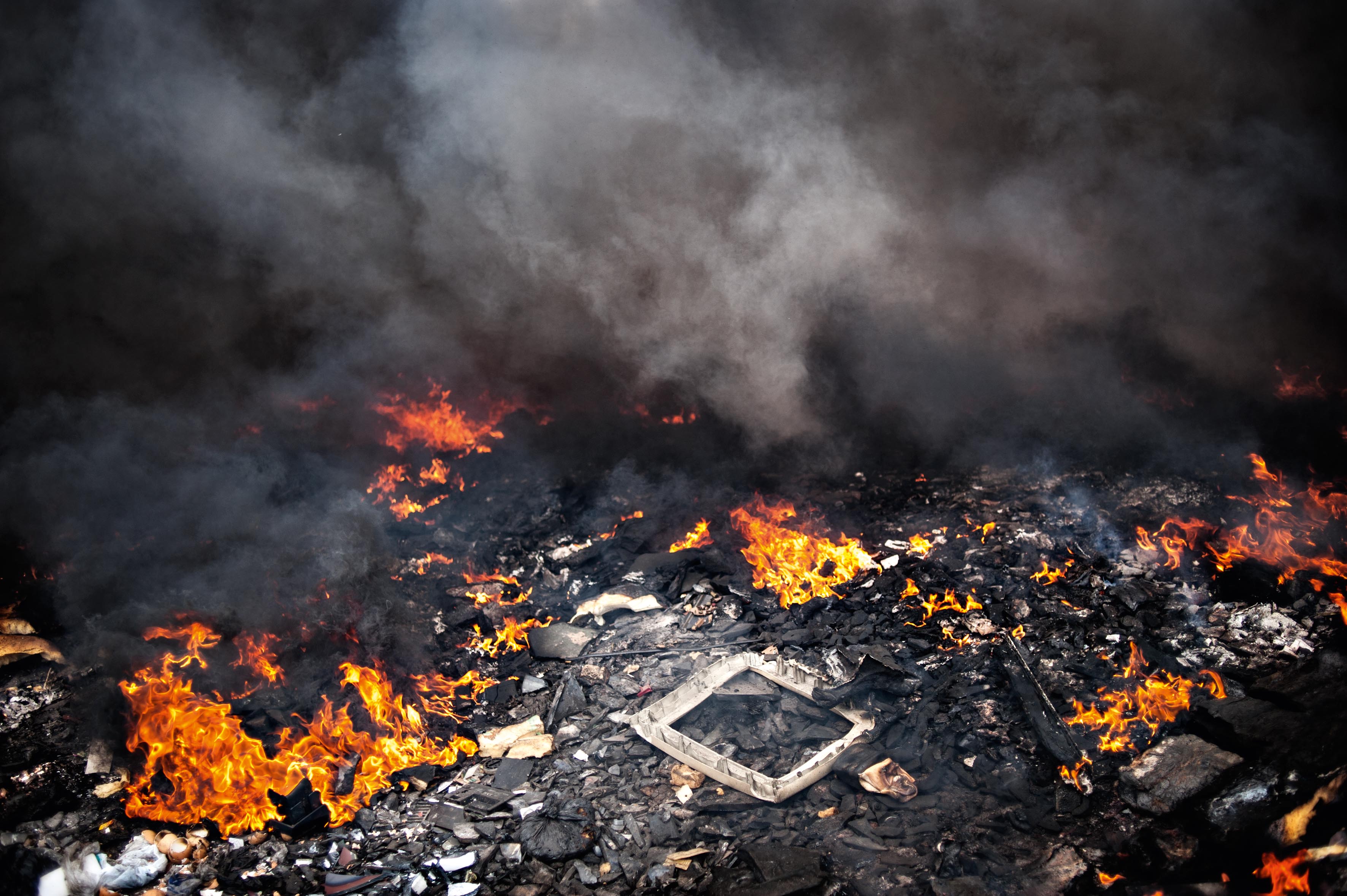 Löffelbein’s ability to enter into these worlds mirrors his ability to create intense, intimate portraits of a reality that feels like the provenance of sci-fi fantasy, a nihilistic image of the twenty-first century.

“Who knows the solution for all of our misbehavior in this world?” Löffelbein asks. “The U.S. is the only developed nation that hasn’t ratified an international treaty to stop countries from dumping e-waste into developing nations. It’s all about control.” 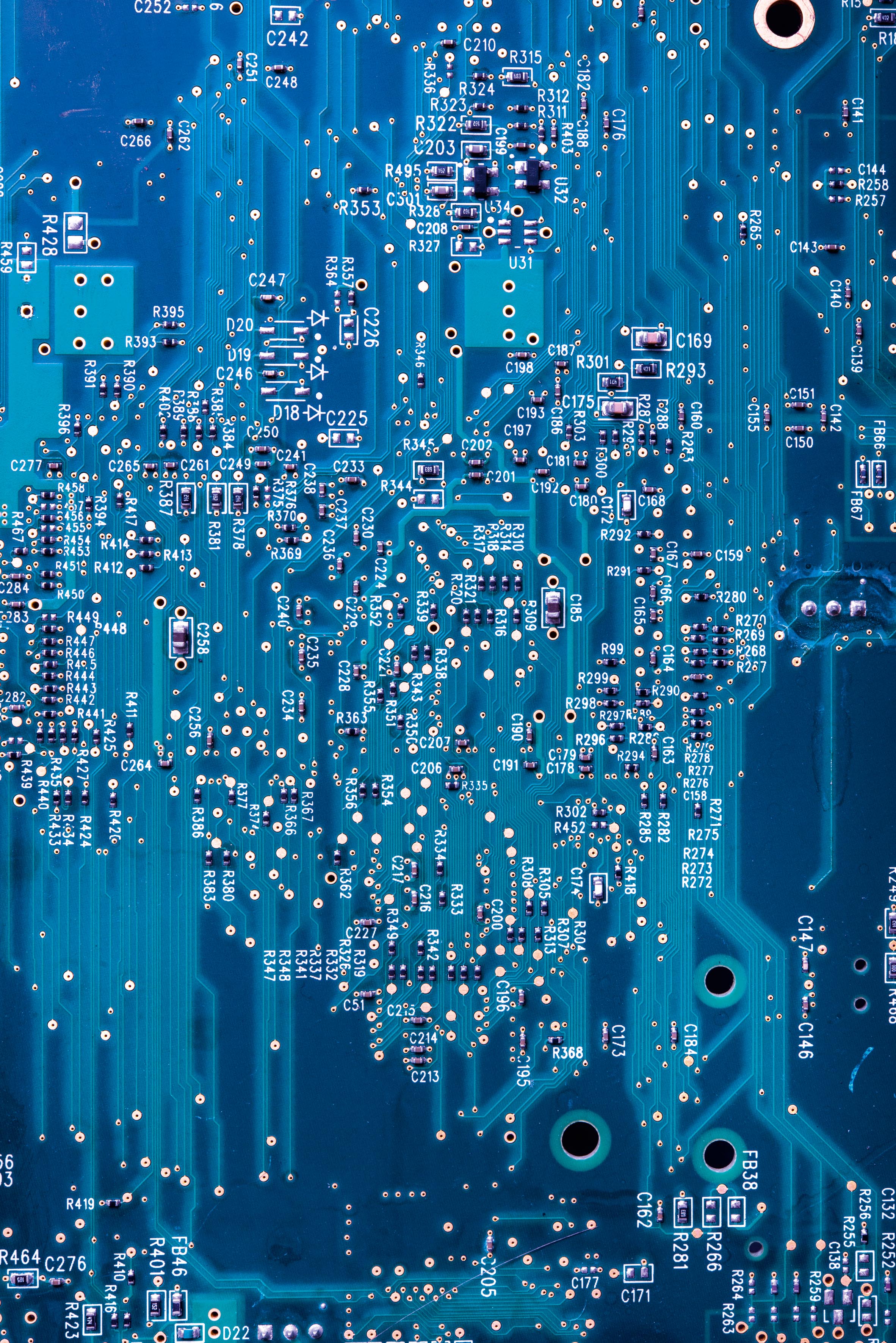 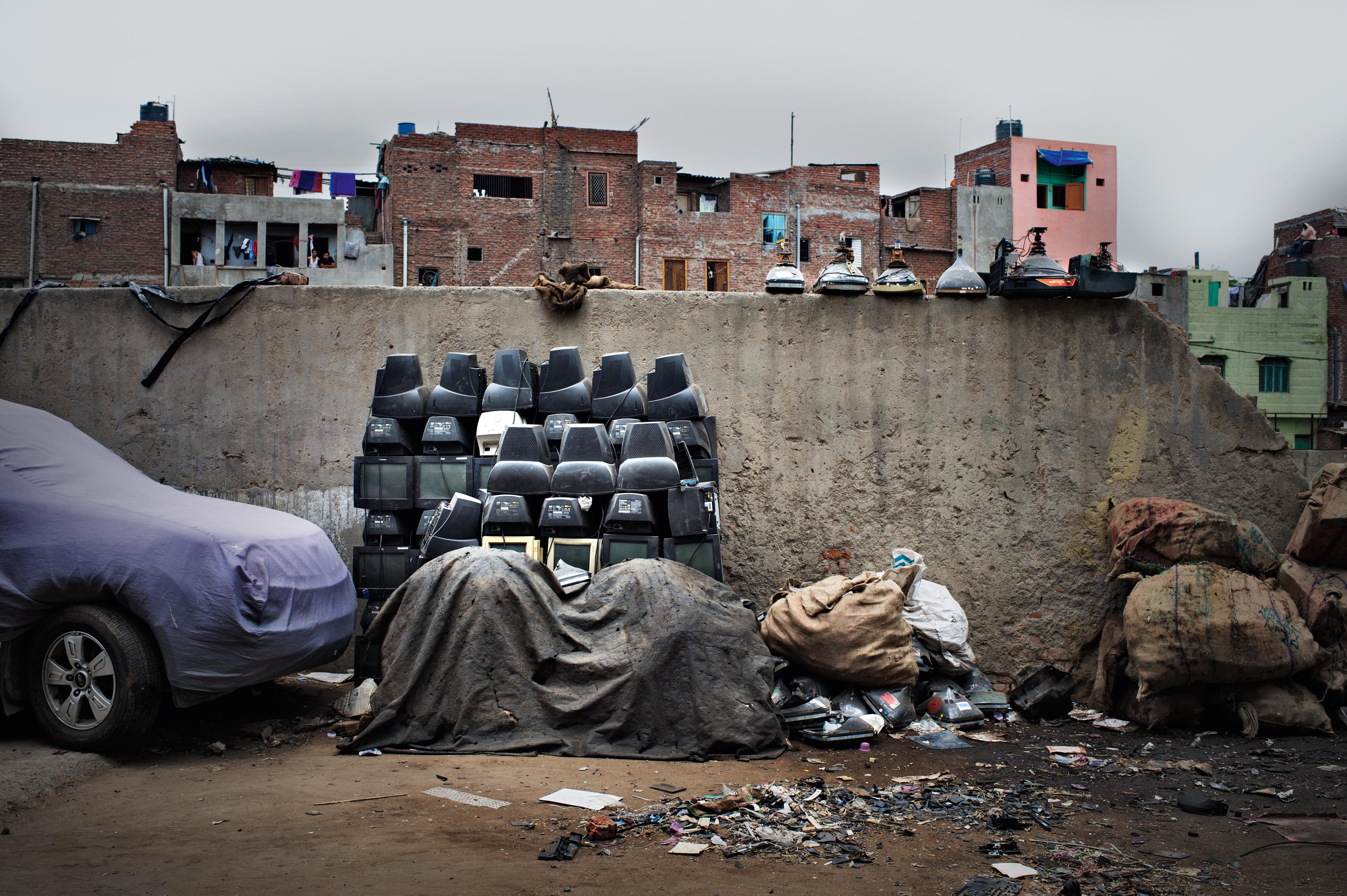 CTRL-X: a topography of e-waste is available now on Steidl.

Linkedin
RELATED ARTICLES
OTHER ARTICLES
Adrian Fisk recalls documenting the fight in Newbury to prevent the felling of 350 acres of ancient woodland to make a motorway bypass.
Photographer Jeffrey Silverthorne always treated his subjects – often those living on the margins of society – with empathy and respect.
Amid soaring inflation, more families are having to turn to the kindness of strangers to shoulder the cost of dying.
A campaign seeking to prevent future injustices where there is state involvement is gaining momentum, with Labour recently pledging its support.
A new exhibition is marking the photographer’s 100th birthday with a look back at his extraordinary career.
On the tenth anniversary of attempting to take his own life, writer Ben Smoke reflects on what he’s learned – and the road ahead.